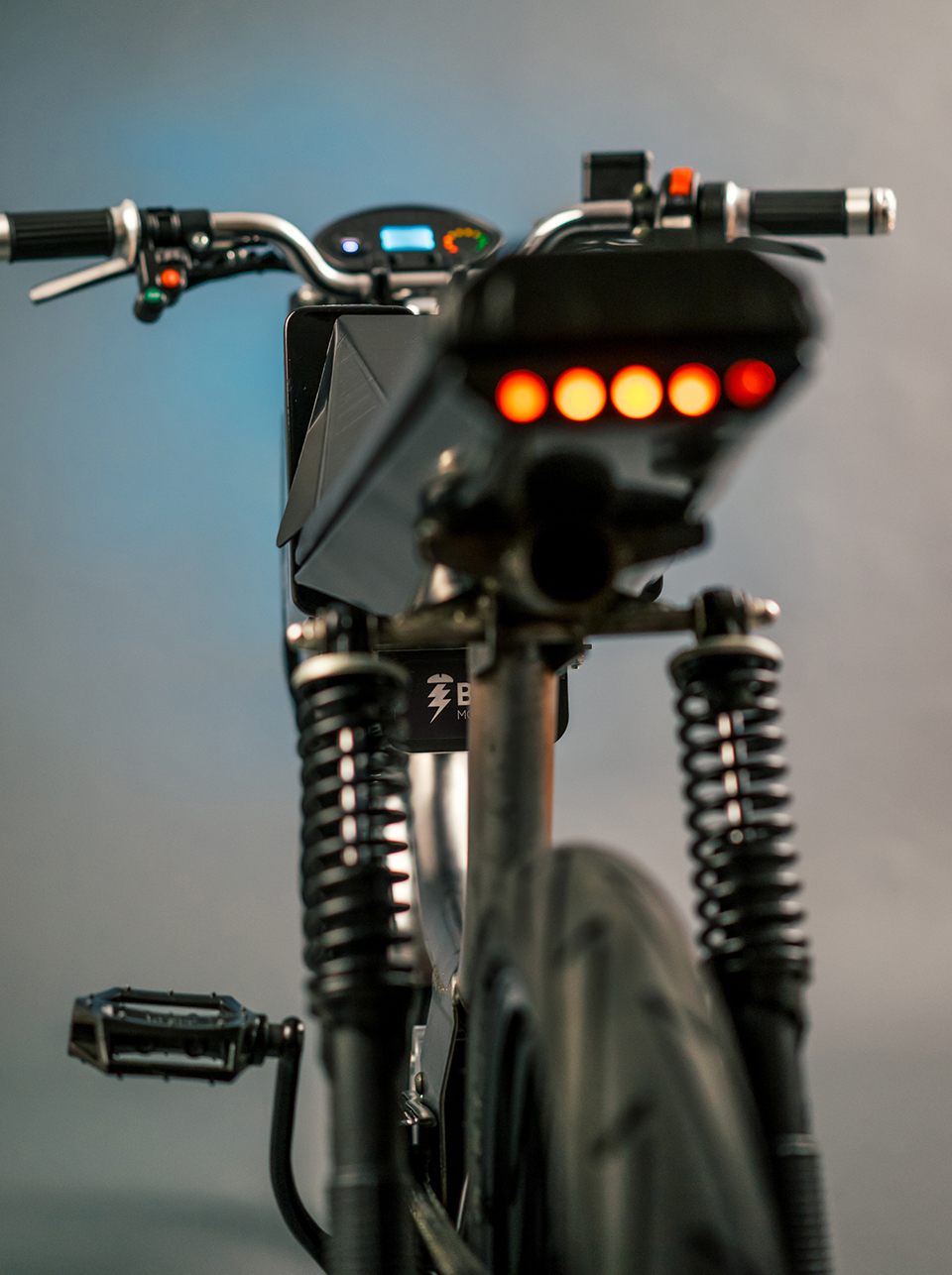 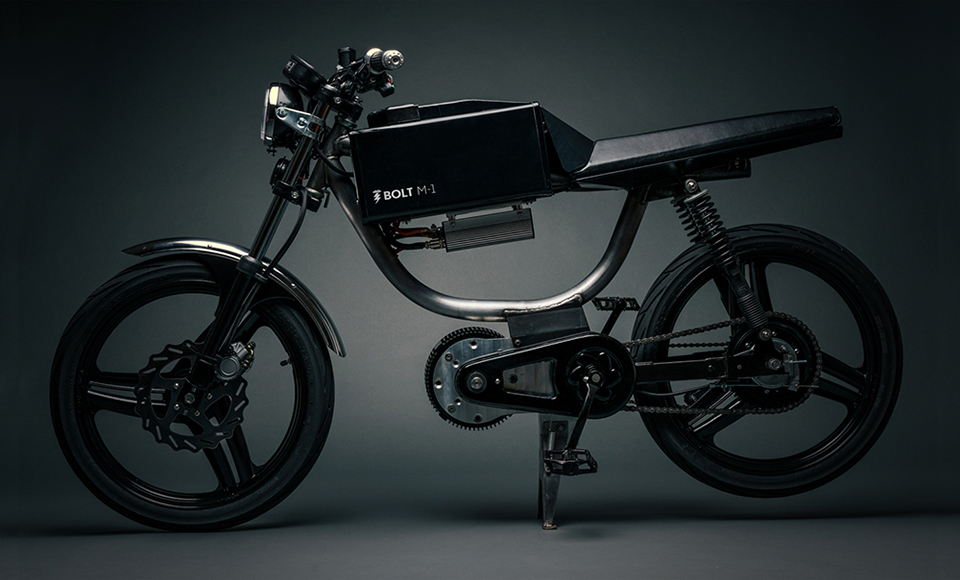 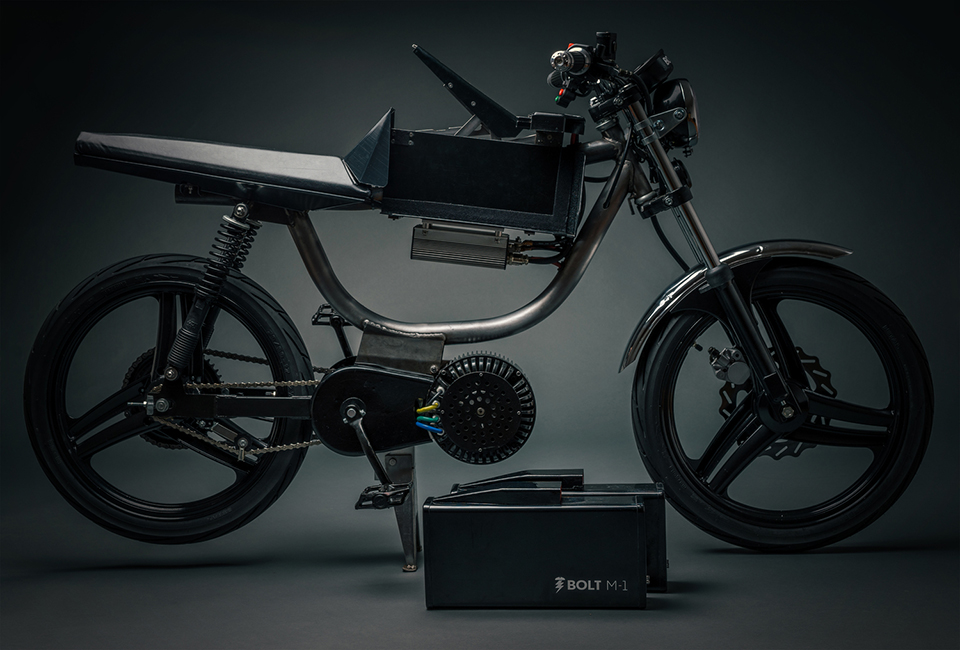 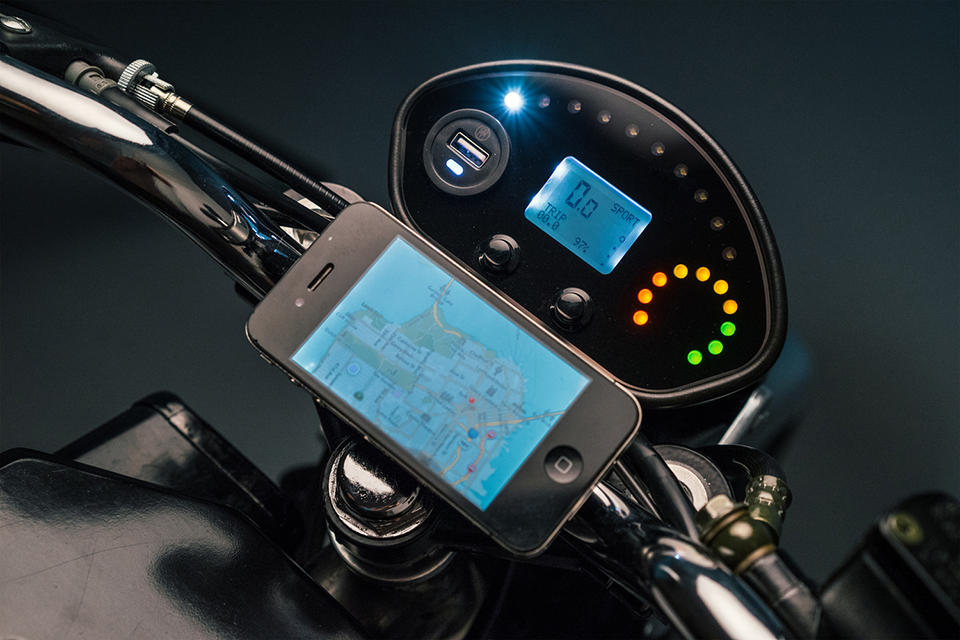 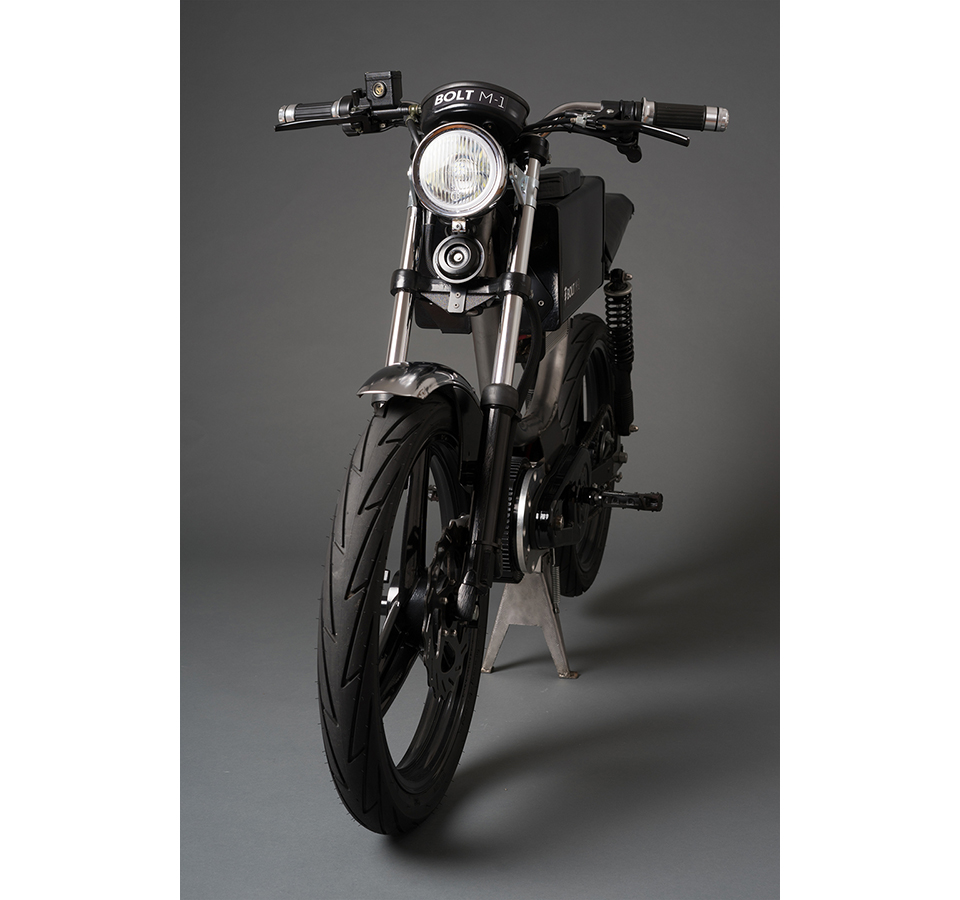 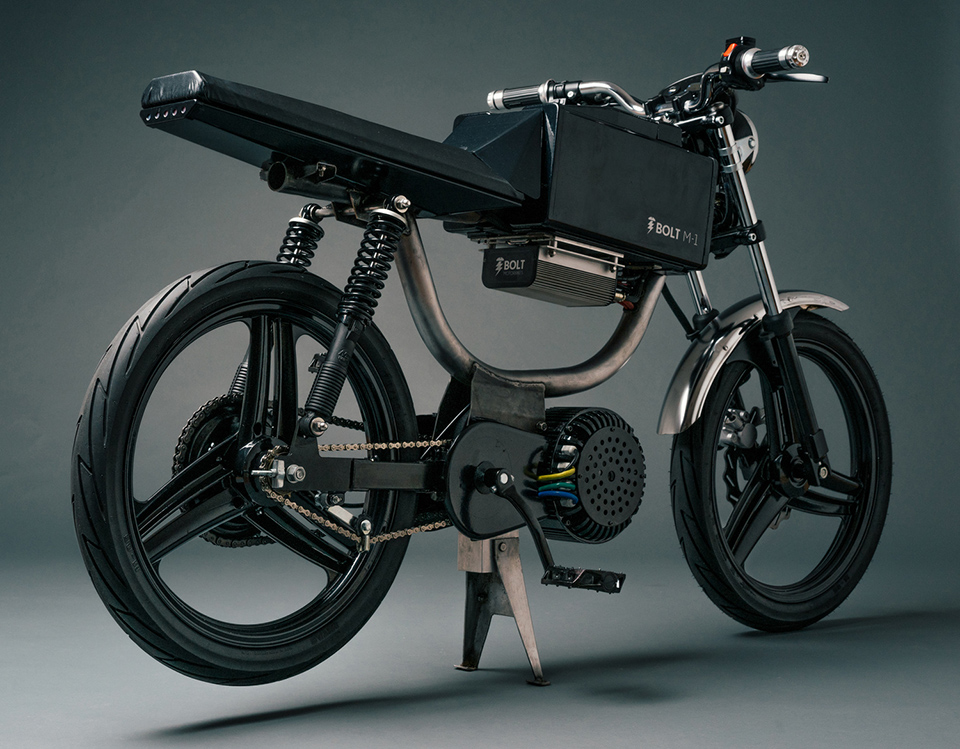 Could electric power bring about the return of the moped? A San Francisco startup thinks so, having just introduced an all electric moped inspired by the vintage greats. The Bolt Motorbikes M1 Electric Moped takes advantage of an increasingly urbanized rider, new advancements in battery technology and the style — yes, the style — of moped design. The result is a very cool, very capable commuter bike, one that we hope to see in our city soon.

First, a bit of a history lesson. The golden era of mopeds was the late 1970s, when brands like Puch, Honda, Sachs and others produced small engine bikes for city riders. Not to be confused with scooters, these thin-bodied, pedal-started bikes looked like compact motorcycles in all of their metal glory. They fell out of favor by the late 1980s, only to be resurrected again around the turn of the century. Since then, tinkerer/gatherers have restored old mopeds to their original condition, taking to the streets in cities around the world.

The Bolt Motorbikes M1 Electric Moped is clearly inspired by the mopeds of the 1970s. Its frame design is inspired by the Puch Magnum, a “top tank” version of the adored Puch Maxi family. Instead of a gas tank, Bolt Motorbikes affixes a battery. In place of the ZA50 engine, Bolt attaches an electric motor. It’s everything that a vintage moped used to be, but powered by the juice of the 21st century.

The Bolt Motorbikes M1 will feel familiar to a moped enthusiast. In economy mode, it will only break 20mph when heading downhill. That slower speed will give it 50 miles of driving range per charge, plenty to get most commuters to and from work during the day. Sport mode will carry the rider up to 40mph, the kind of speed a specially tuned moped could achieve with gasoline. The nice thing about the Bolt M1 is that this decision is up to the rider at the proverbial flip of a switch. When in sport mode, the range suffers, allowing 30 miles per charge. That’s more than enough in our book.

The Bolt Motorbikes M1 is cruising through a crowd-funding cycle right now on Indiegogo. There are limited edition bikes available in this funding round, with just a handful left for $6,500. 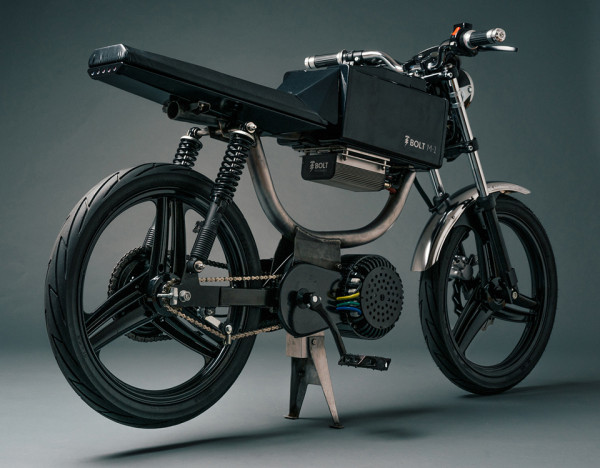 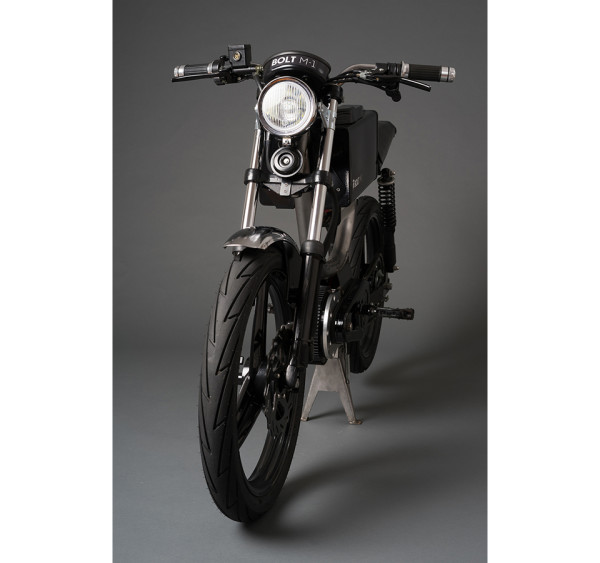 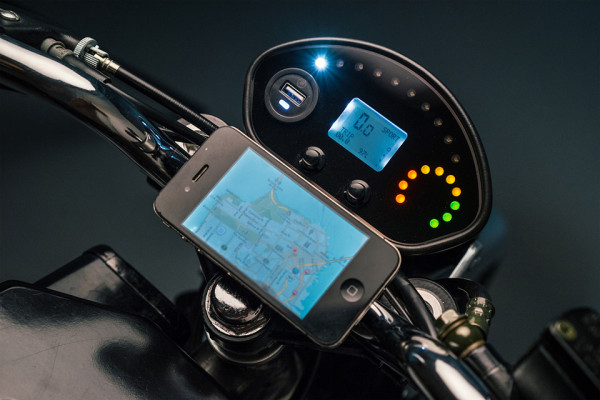 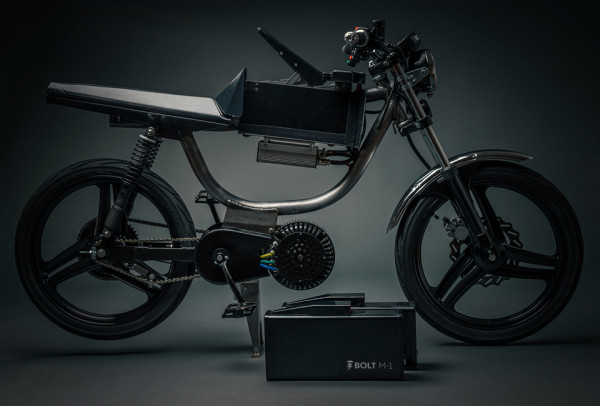