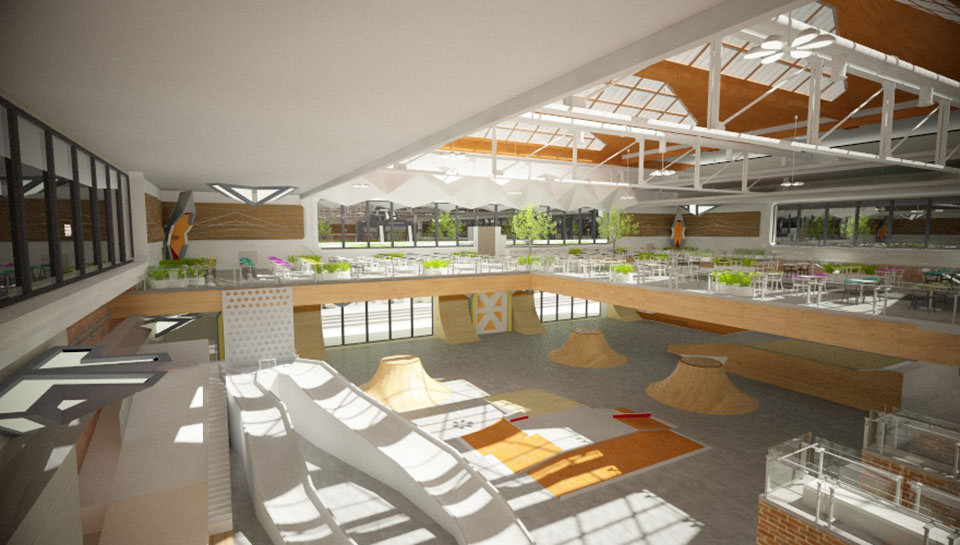 This just in from Kickstarter: a little company by the name of Hendo is developing what may be the coolest project ever devised. It’s a real-life, working hoverboard. The Hendo Hoverboard currently floats about one inch off the ground, is weight-activated, and completely self-propelled. Floating an inch off the ground, it’s it’s designed to offer a fast, frictionless ride; one which is easy to control through natural movements alone. Tell me that isn’t the awesomest thing you’ve heard all day.

The short answer is “magnets’ – or rather, a magnetic field created by magnets within the board. There’s some unfortunate news there, as well – although  Although the company soon hopes to have hoverboards capable of floating over any medium (water included), it currently requires a special type of surface in order to function. For the time being, that means that the hoverboards are limited to special ‘hover parks.’

Hendo has also developed a concurrent “whitebox” gadget that users can play around with. It can be attached to pretty much any device you can think of, and programmed/controlled through your smartphone. You can also take it apart and fiddle with it, installing it into a bunch of different stuff.

See, Hendo’s interested in creating a whole development ecosystem centered around its new tech. It’s hoping that passionate, creative developers all across the world will start designing awesome stuff, and that a thriving community will spring up. That’s pretty cool in and of itself, but it’s only the tip of the iceberg.

Ultimately, they’ve got some pretty huge plans beyond creating cool toys and sci-fi skateboards. Eventually, they want to see industries “ranging from warehouse operations to building foundation improvements to novel methods of electromechanical fluid separation.”  Eventually, they expect to see vehicles like trains, cars, and even planes start using hover technology in lieu of wheels.

It’s been quite some time since I felt this excited about a Kickstarter project. If Hendo manages to adapt its hover tech to be used outside of special surfaces, it could make the wheel completely obsolete. I can’t stress enough how huge that is – though I suspect many of you already realize as much.