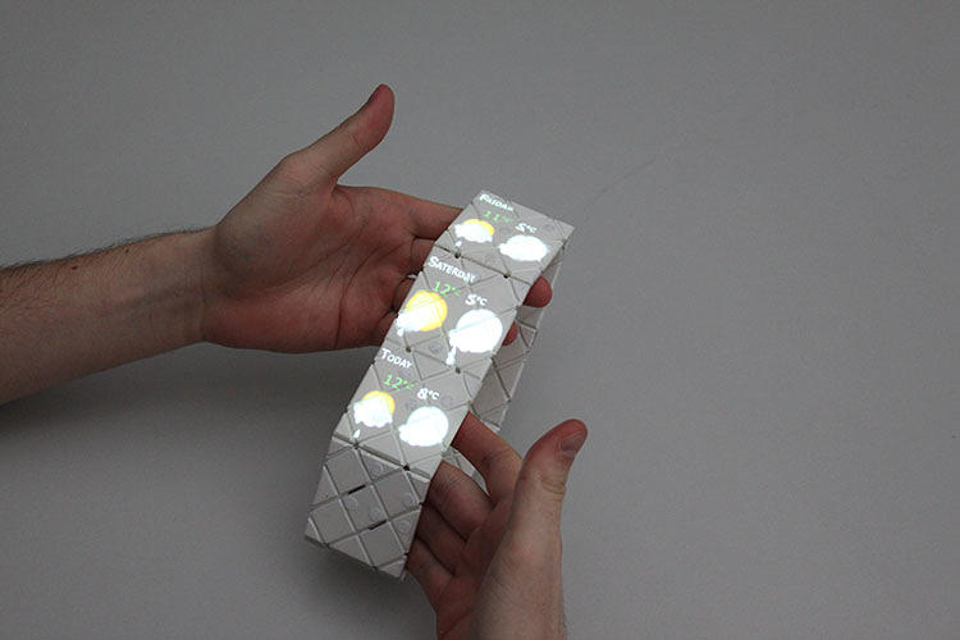 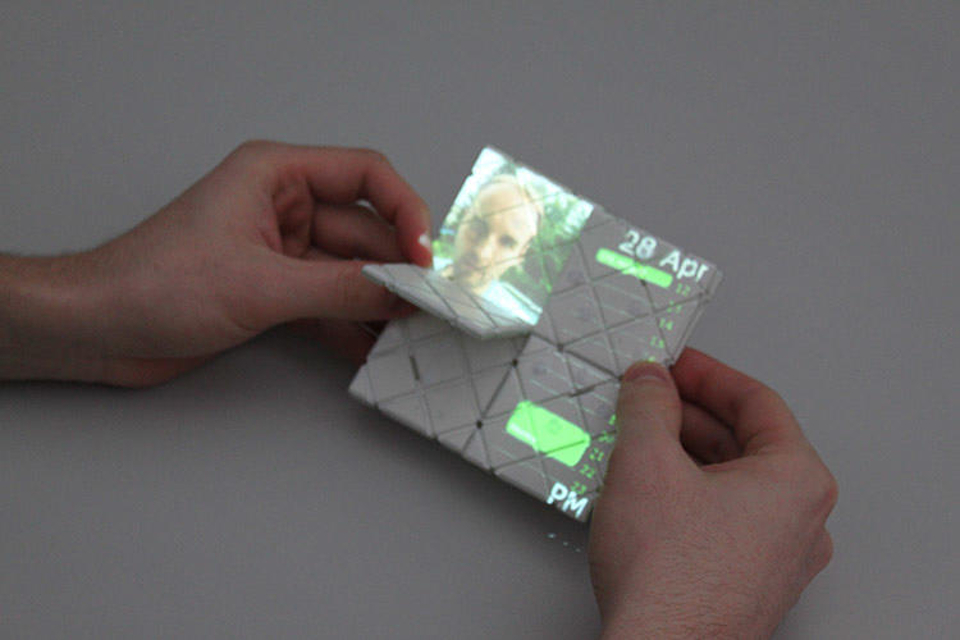 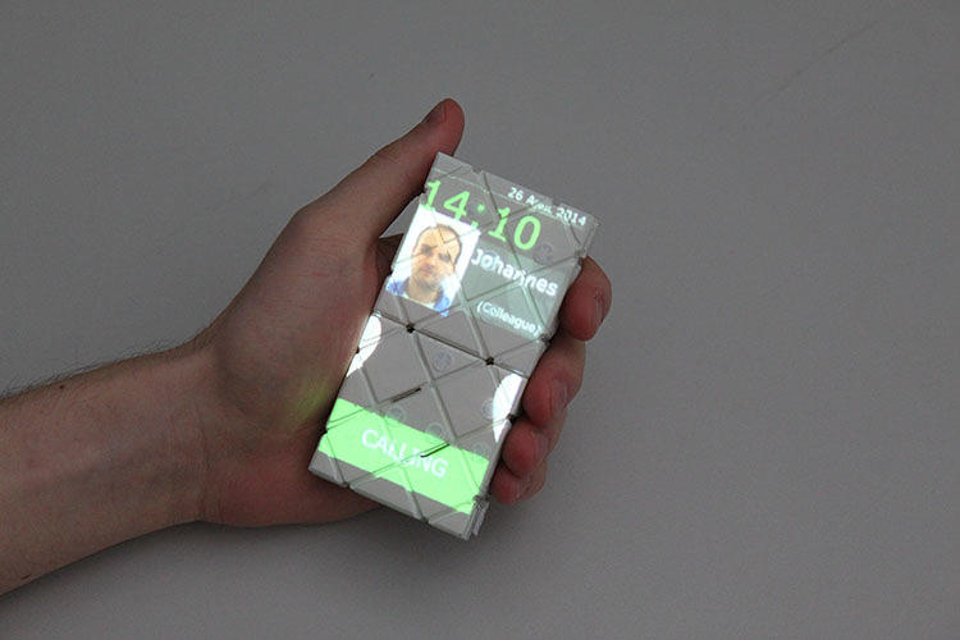 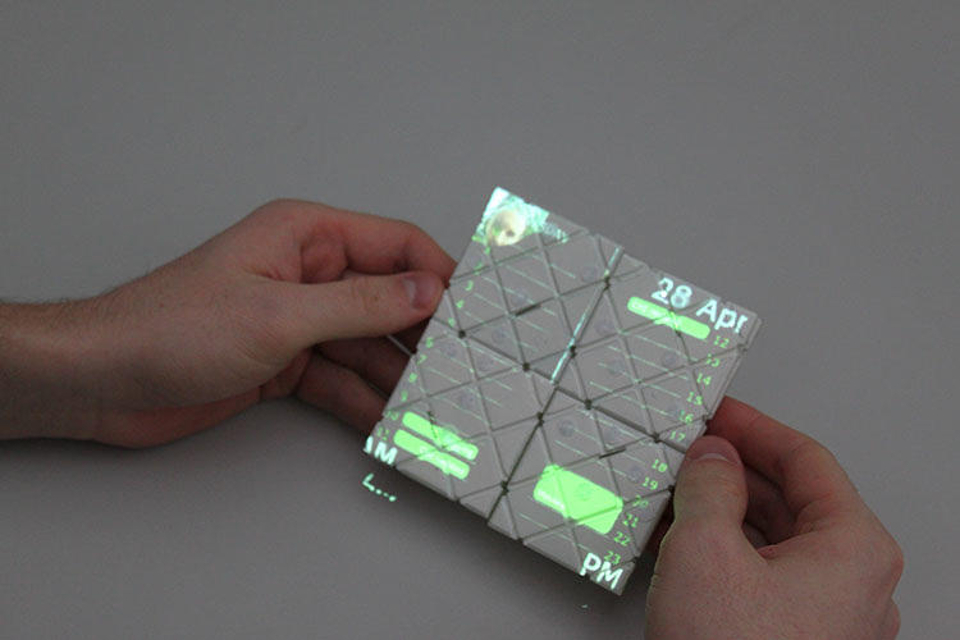 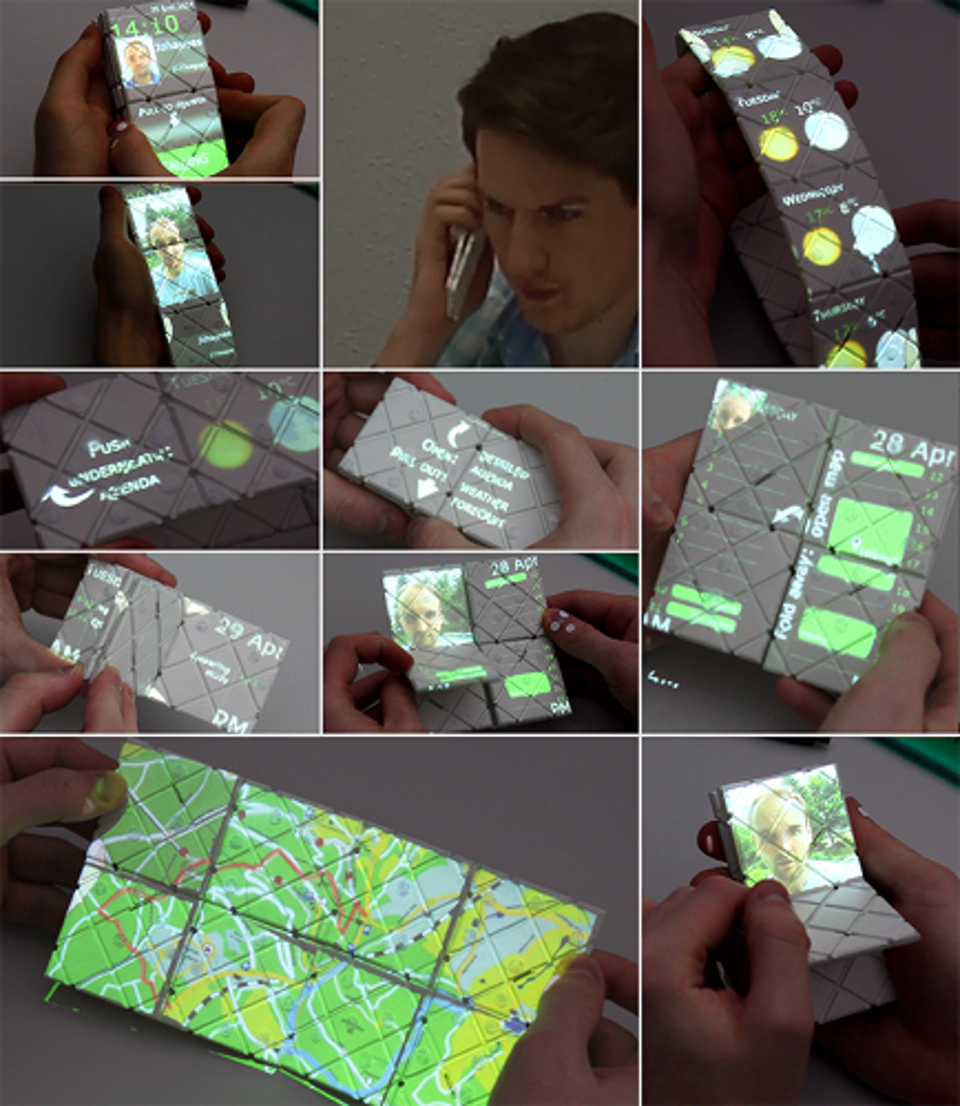 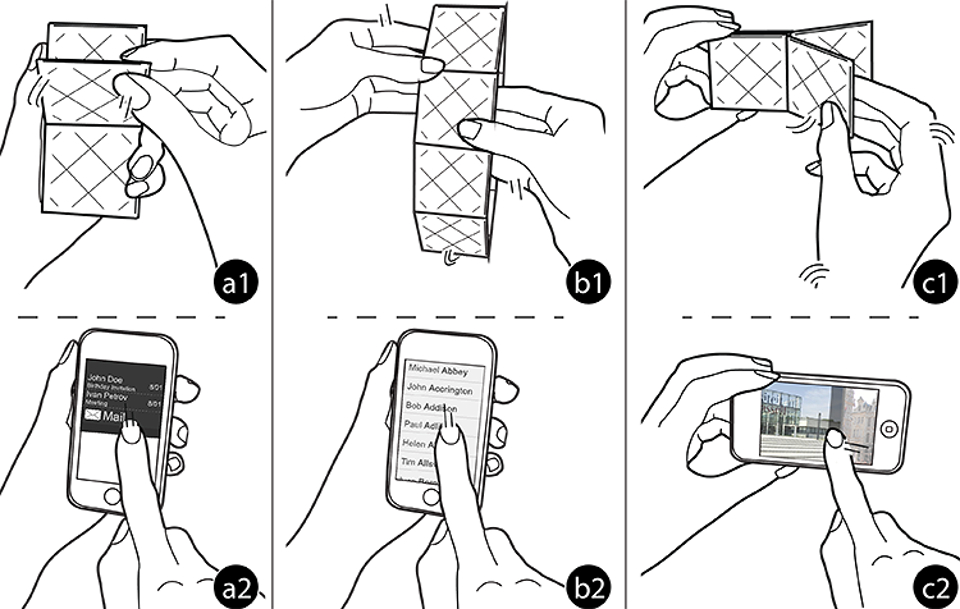 One of the biggest forces of technological change in mobile development is the desire for a “do-everything” device. That isn’t terribly surprising, really: it’s a matter of convenience. Rather than having to tote around ten different gadgets in a backpack, most people would much rather put one in their pocket.

Already, we’ve made some pretty significant strides in that regard. Smartphones can browse the Internet, make phone calls, play games, and take pictures, play music, keep track of our location…youget the idea. They can do a lot. They can’t do everything, though. Not yet, anyway.

There’s a good chance that, in addition to your Smartphone, you’re still hauling at least a few other gadgets in your wake. Do you have a fitness band? What about a tablet, or a wristwatch? An e-reader, perhaps? A laptop?

Maybe you regularly wander about with all of the above.

Hardly seems convenient, does it? What if you had a single device that you could physically re-shape  to suit your needs? Seems like something straight out of science fiction, doesn’t it?

Developed by researchers at Hasselt University iMinds in Belgium, “Paddle” is a prototype phone designed around engineering principles drawn from 3-D Rubik’s Magic Puzzle. Like the puzzle it’s based around, Paddle is comprised of a series of square plates which can be folded and reconfigured to transform the phone into a whole array of different shapes. At the moment, it supports “around fifteen” different configurations, but the researchers expect to increase that number significantly as development continues.

Want to look at a map? ‘unfold’ the device to view a panorama of the city you’re in. Need to go for a jog, and want to track your progress? Wear it as a bracelet.

Deformable phones aren’t really anything terribly new, to be fair. Devices like the PaperPhone have been around for a while, developed around the idea of using bends and folds as a control scheme. Paddle’s different; it takes this concept to the next level, as it were: the streamlined fashion in which it’s intended to be used will, says its developers, make input and output effectively indistinguishable from one another.

“For example, when scrolling through elements with Paddle, the user just uses the ring form-factor,” explains Human Computer Interaction PhD student Raf Ramakers. “He is not even aware that he is scrolling through elements as in a traditional interface where the user explicitly interacts with a scrollbar. With Paddle, it becomes hard to think about physical-digital or input-output as separate components.”

What this basically means is that not only will Paddle replace a lot of our current gadgets,  it’ll do so by bringing us a control scheme that is more natural and intuitive than anything we’ve ever witnessed before. An all-in-one device has never looked quite so appealing.