How to Understand Military Time Quickly and Easily 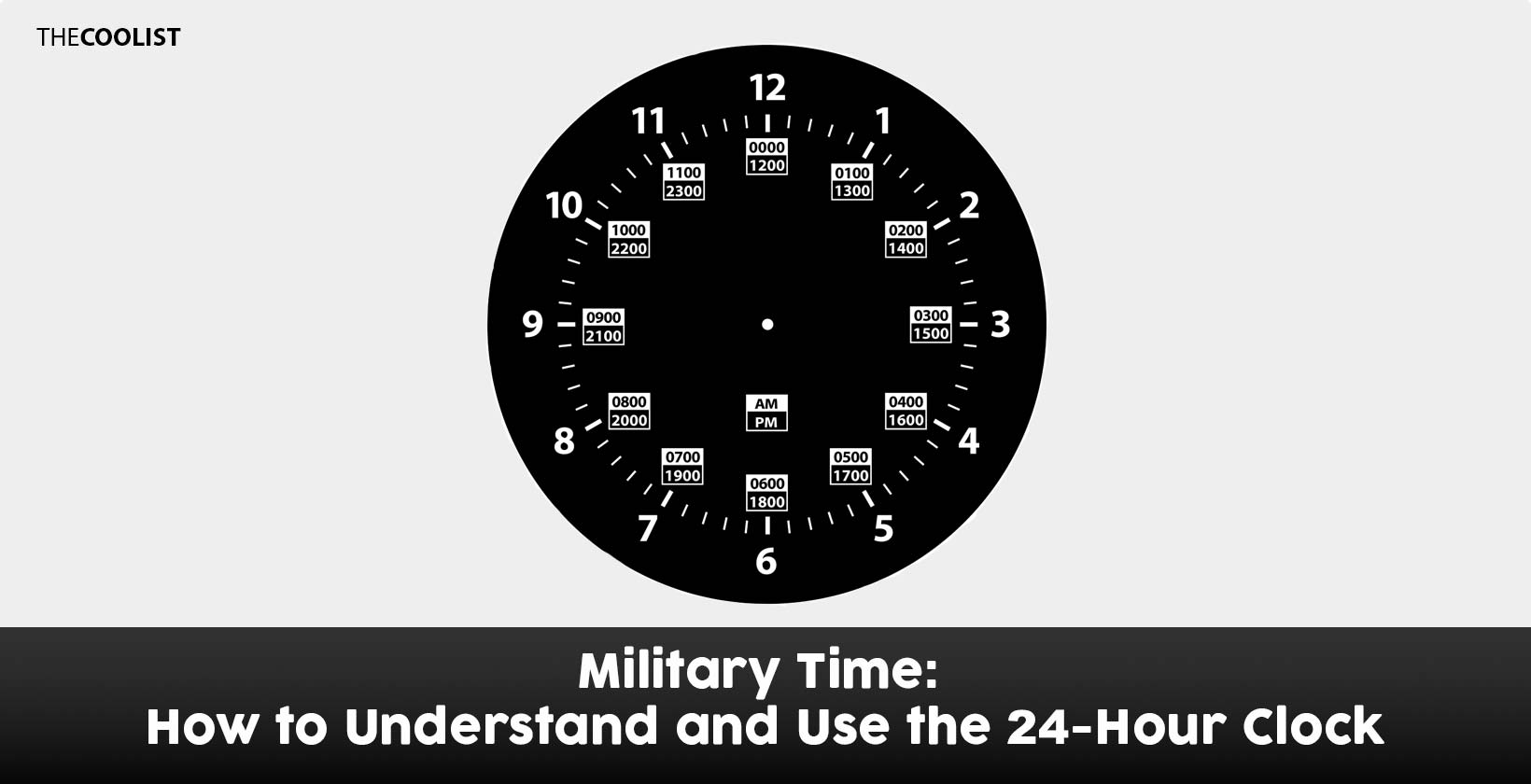 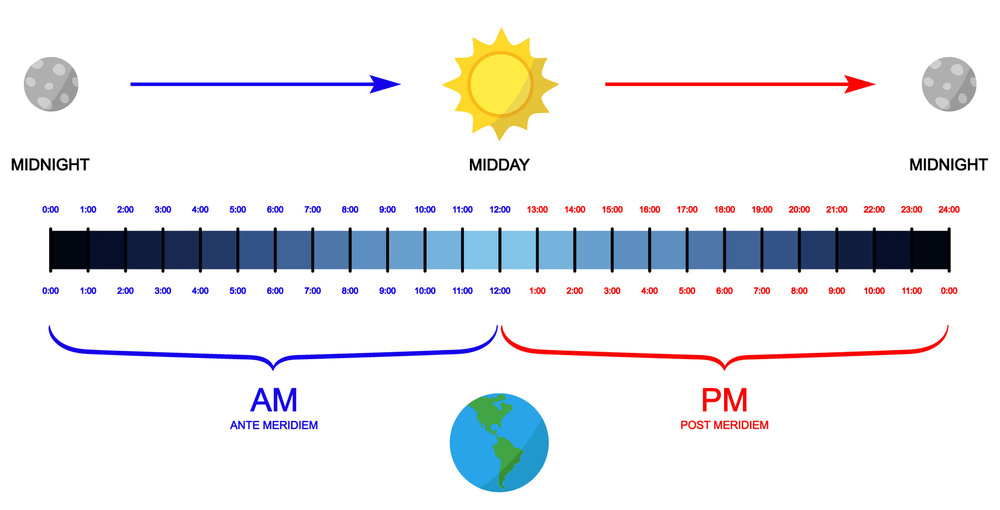 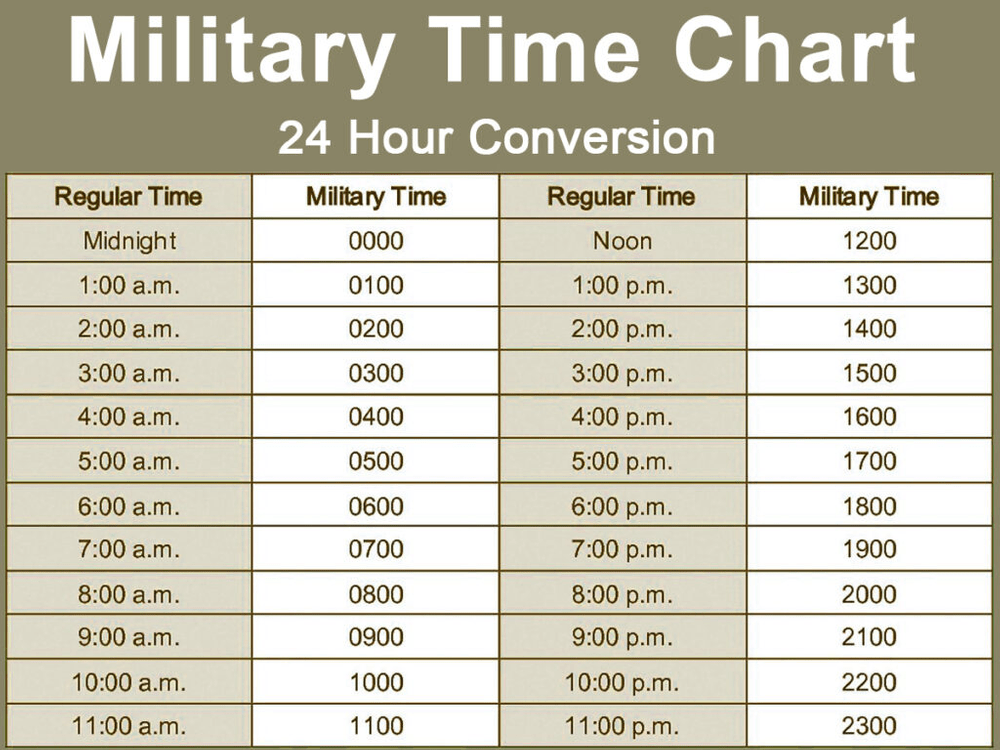 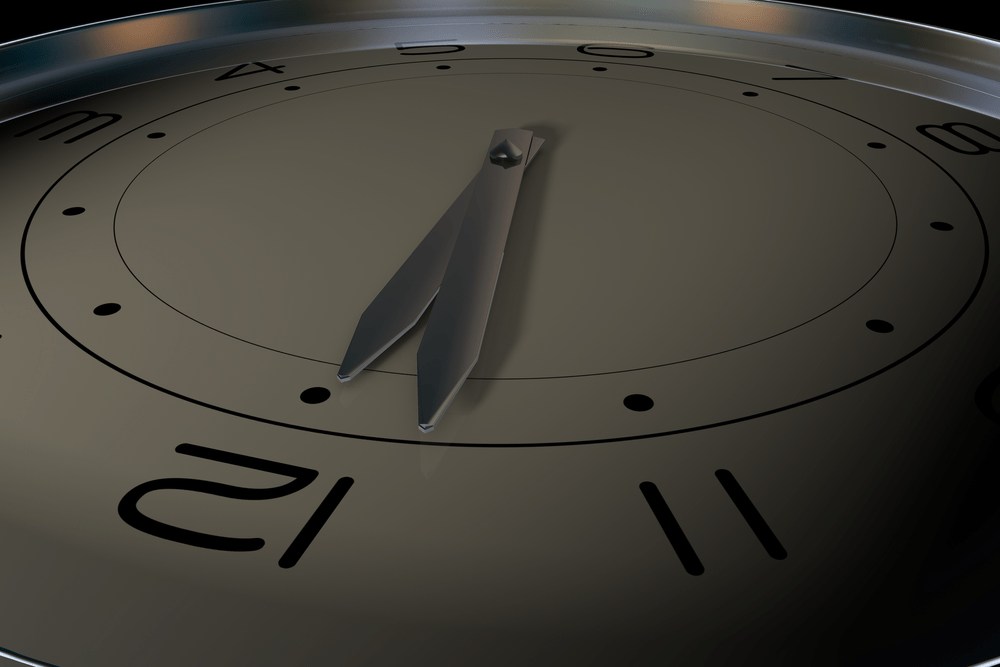 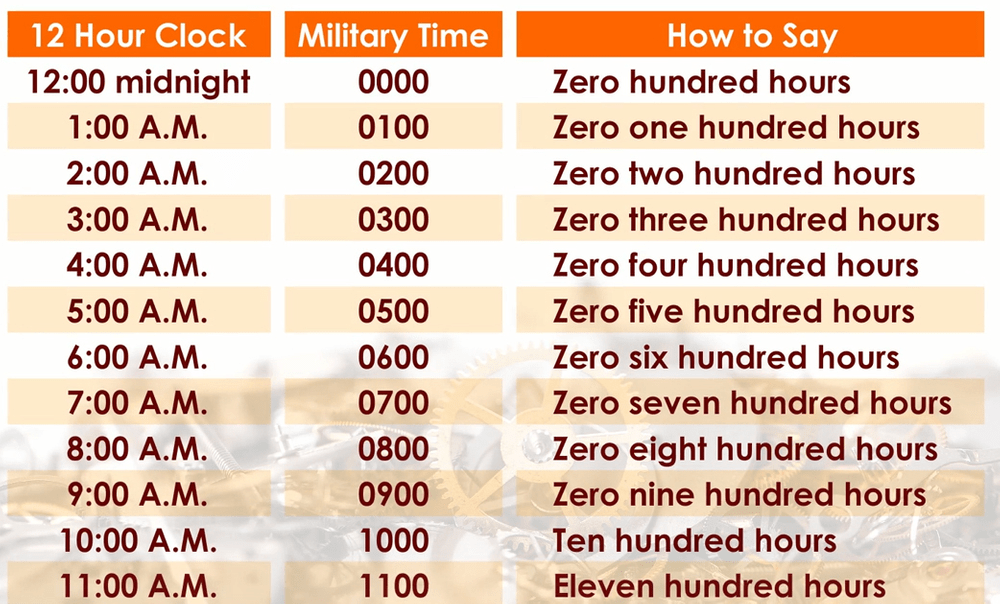 Military time is a means of keeping, recording, and expressing time that’s based on the 24-hour format. The 24-hour cycle used in military time removes the need to use suffixes such as “AM” and “PM,” and thus makes time expression brief and unambiguous. This brevity and clarity are the reasons military time is used in professions where communications demand great accuracy, including the military, emergency services, various sciences, and event planning.

A large portion of the world uses military time for timekeeping. However, nations such as the US and the UK are more used to the 12-hour cycle, with only certain professionals relying on military time in the course of their duties. Despite its limited use in some countries, military time is a good timekeeping system for you to know as you’re likely to encounter it at some point in your life. For example, you could be forced to use military time while dealing with a first responder or traveling to a nation where the 24-hour clock is in standard use. In this article, you will learn what military time is, how it differs from the 12-hour format, how to convert to and from military time, and how to say and write military time reading correctly.

What is military time?

Military time is a timekeeping method that follows the 24-hour clock. The day begins at midnight with 0000 hours with military time and ends with 2359. Using the military time method eliminates the need to specify whether a specific time refers to the period between midnight and midday (AM — ante meridiem) or midday and midnight (PM — post meridiem), as is the case with the traditional 12-hour cycle.

When timekeeping with military time, you use a hundred multiplier for the hour. For example, you would read “8 o’clock in the morning” as “zero eight hundred hours” and write it as “0800.”

Why do we use military time?

We use military time to ensure brevity and accuracy when talking about times. Relying on the more common 12-hour cycle entails clarifying whether a specific time is in the morning or afternoon, and this clarification takes up time and may be misinterpreted under stressful situations or when clear communication is impossible. For example, conveying a specific time over the radio may cause the receiving party to misunderstand or not hear clearly whether person speaking says “AM” or “PM”. Military time removes this ambiguity — “0800,” or zero eight hundred hours, requires no clarification and can only represent a single point on the 24-hour cycle.

Many nations worldwide, as well as professionals in occupations where accuracy is paramount, use military time. Citizens of most countries apart from United States, Australia, the United Kingdom, and the Phillippines use military time in their day-to-day lives. Regardless of the location, however, military time is the common method of time notation among people working in the armed forces, emergency services, science, astronomy, and meteorology. Workers in the aforementioned professions use 24-hour timekeeping because it helps keep their communications brief and concise and leaves no room for misinterpretation.

The ability to use military time is invaluable even if your profession doesn’t require it, as you are going to come up against the 24-hour format at some point in time. Military time is becoming a more common way to express time as people realize how much clearer it is for making plans.

How to convert to military time?

The second way to convert to military time is to continue counting after you get to midday rather than starting from 1PM. This way, you keep on adding an hour to the time reading starting from 1PM (which becomes 1300) and until 11:59PM (which becomes 2359). Following this method, one in the morning becomes “zero one hundred hours,” while one in the afternoon becomes “thirteen hundred hours.”

The simple way to think about military time is to just continue counting once you go beyond midday rather than resetting back to one.

Getting used to military time

How to write military time

You can always get yourself a simple military time chart, such as the one below, to reference until writing military time becomes second nature for you.

Below, you will find answers to some common questions about military time.

What is the difference between 4 am and 4 pm in military time?

In military time, 7:30 pm is 1930, written and pronounced as “nineteen hundred three zero hours.” Military time follows the 24-hour format, so when converting 7:30 pm into the military time you need to add twelve to 7:30, and this gets you 1930.

In military time, 0000 or “zero hundred hours” is the correct way to indicate midnight (12 am). That said, you will find that people use both 2400 and 0000 interchangeably.

What is Zulu Time?

Zulu Time is a military term to describe the time at the Zero Meridian, or Greenwich Mean Time (GMT), the time zone from which all other time zones spawn. The term “Zulu” comes from the letter “Z” (as in Zero Meridian), which is represented by the word “Zulu” in the phonetic alphabet.  Those in the military and the emergency services use the phonetic alphabet to avoid any confusion about what letters they are saying, and thus “Zero Meridian time” became known as “Zulu time.”

Note that when you use military time across time zones, you always communicate the local time for where the event is taking place.

Once you get used to working in military time, using the 12 hour clock feels wrong. There is definitely an adjustment period, but once you master it, you will never look back.

What is your time-telling experience? Are you a 12 hour clock fan, or a military convert? Let us know in the comments. We love hearing from you.