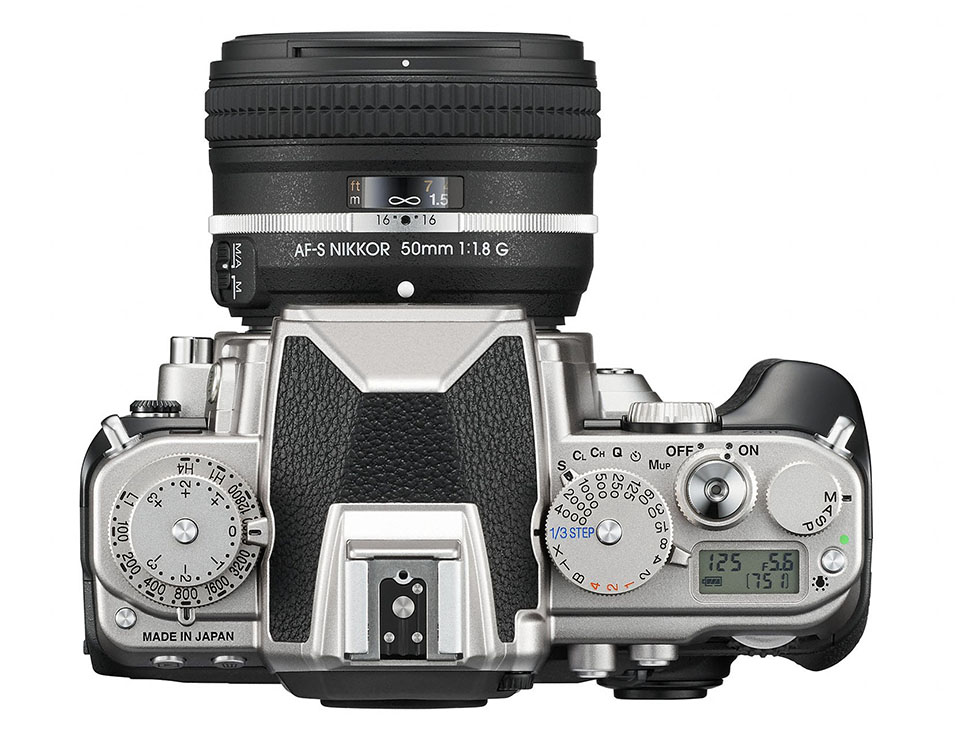 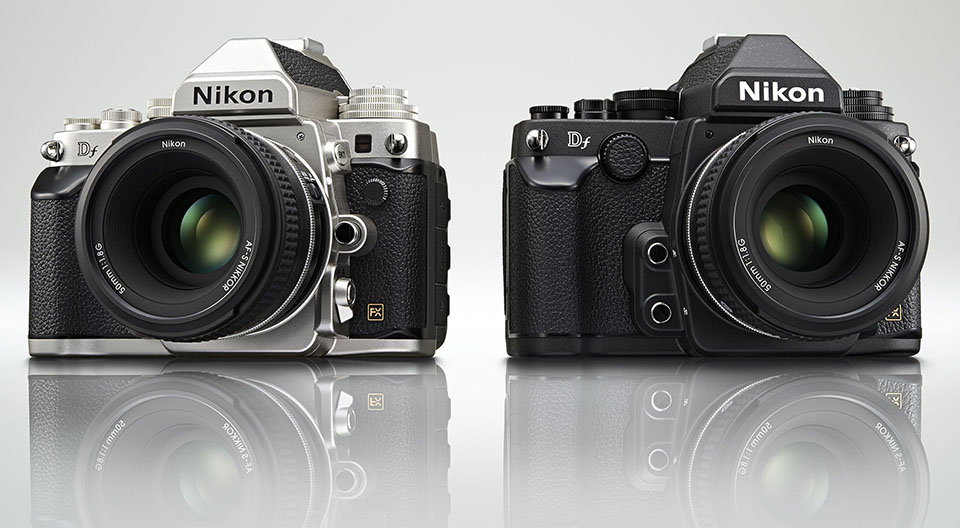 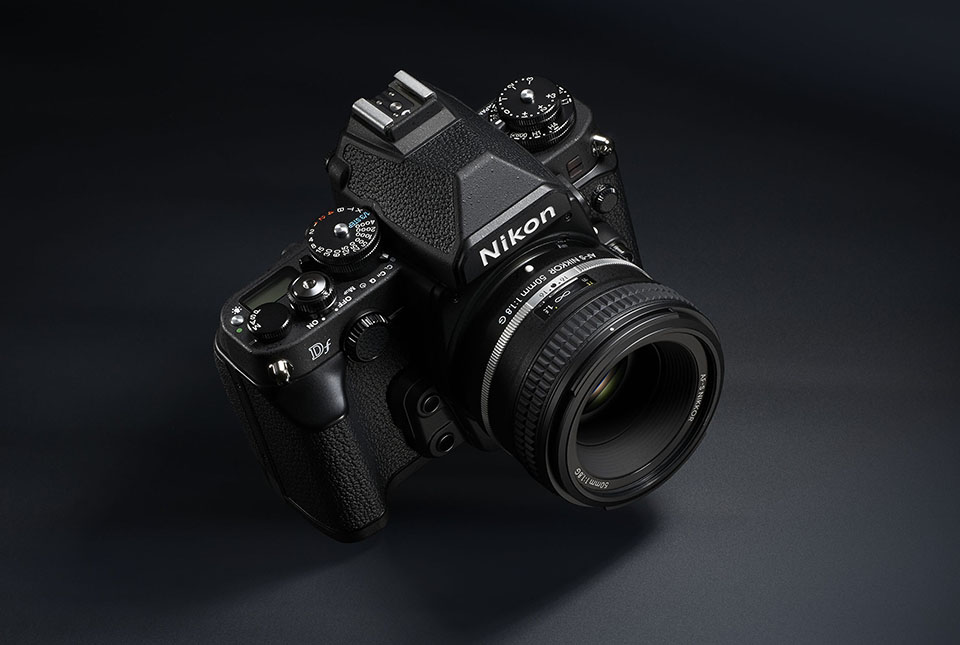 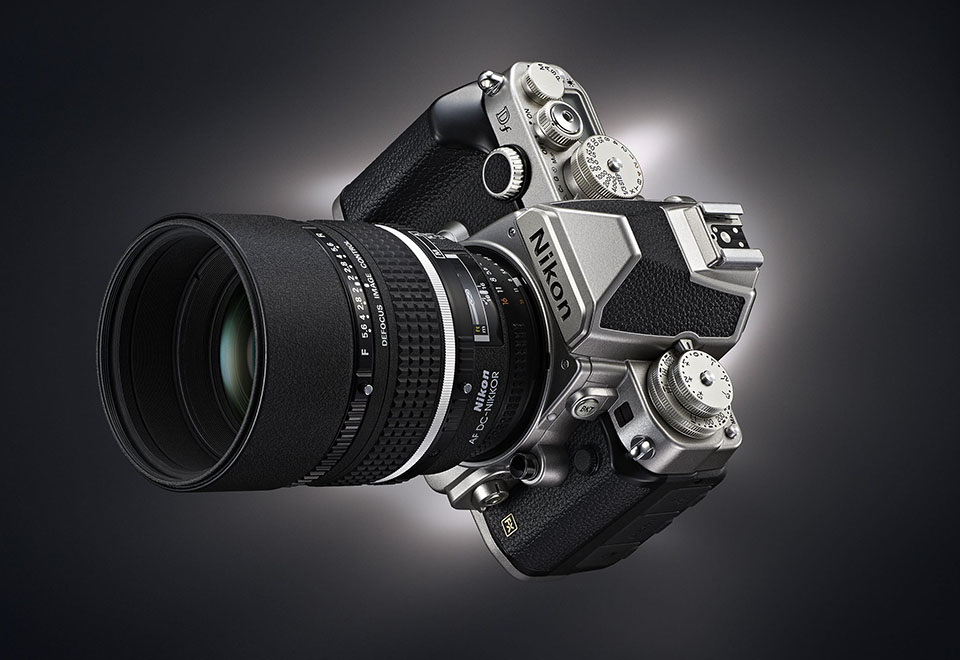 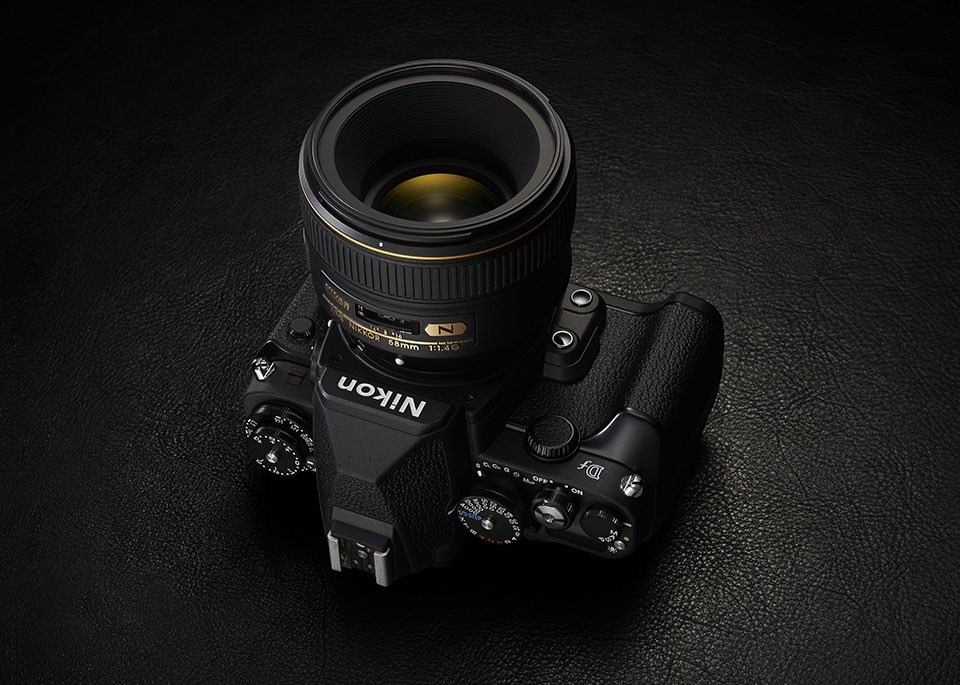 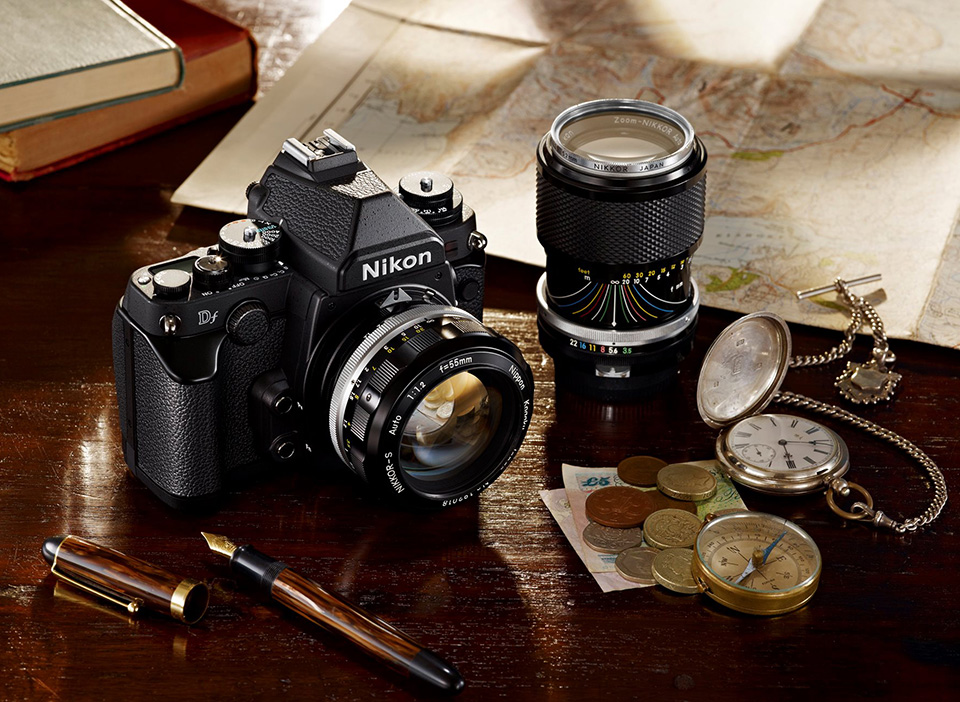 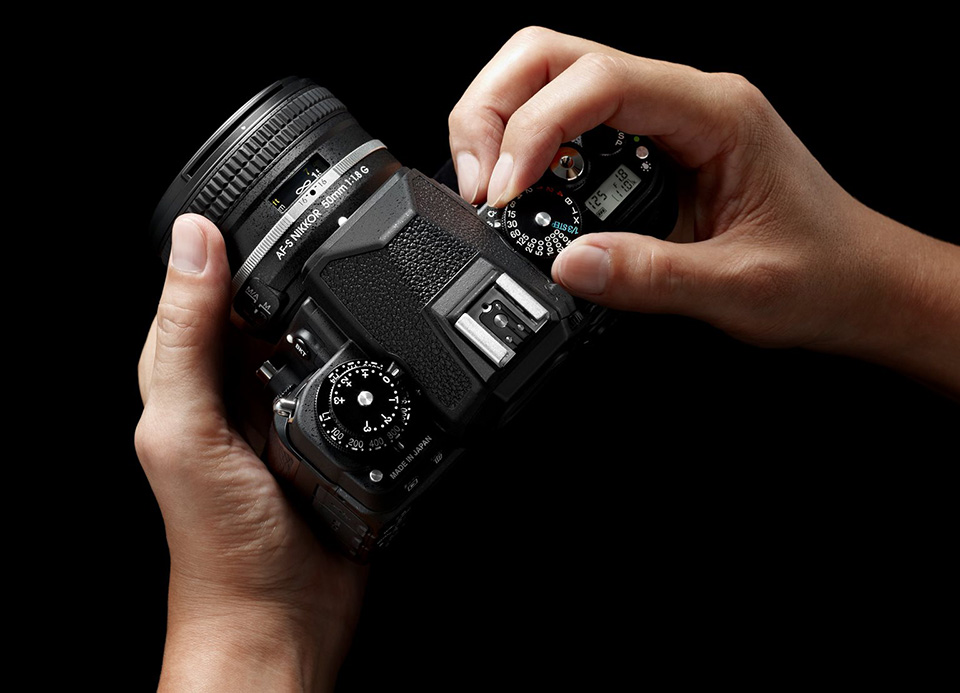 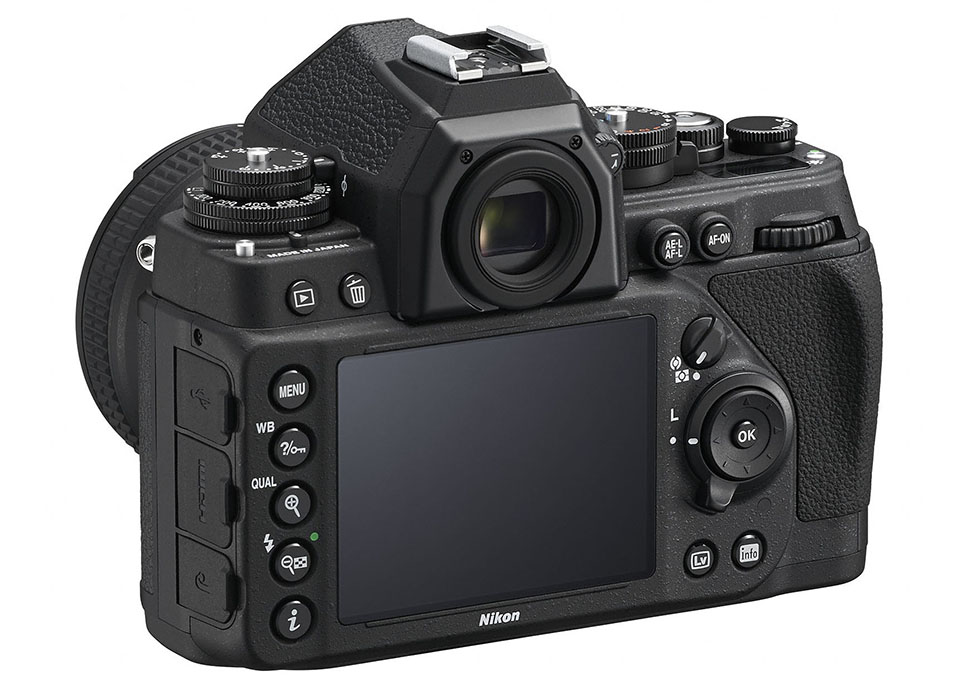 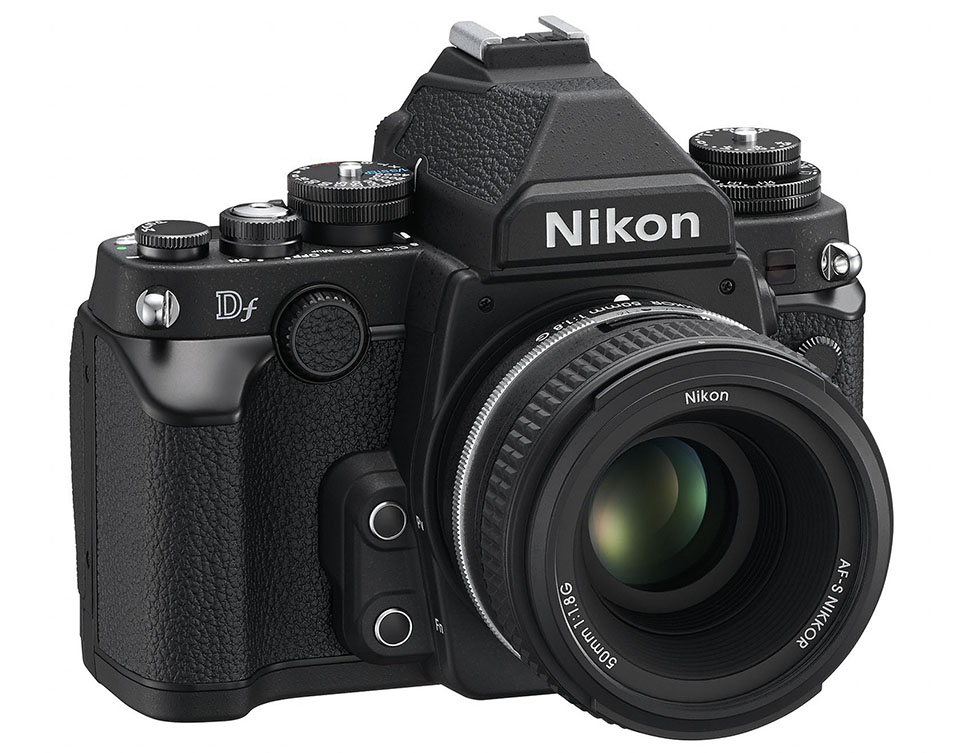 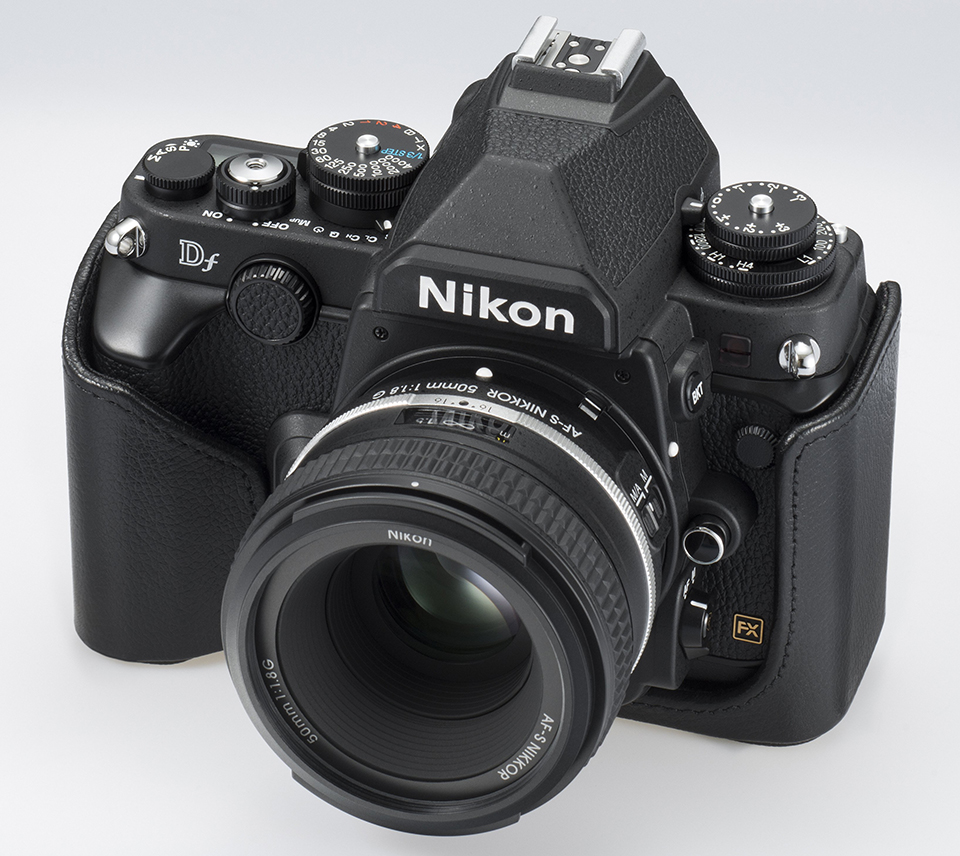 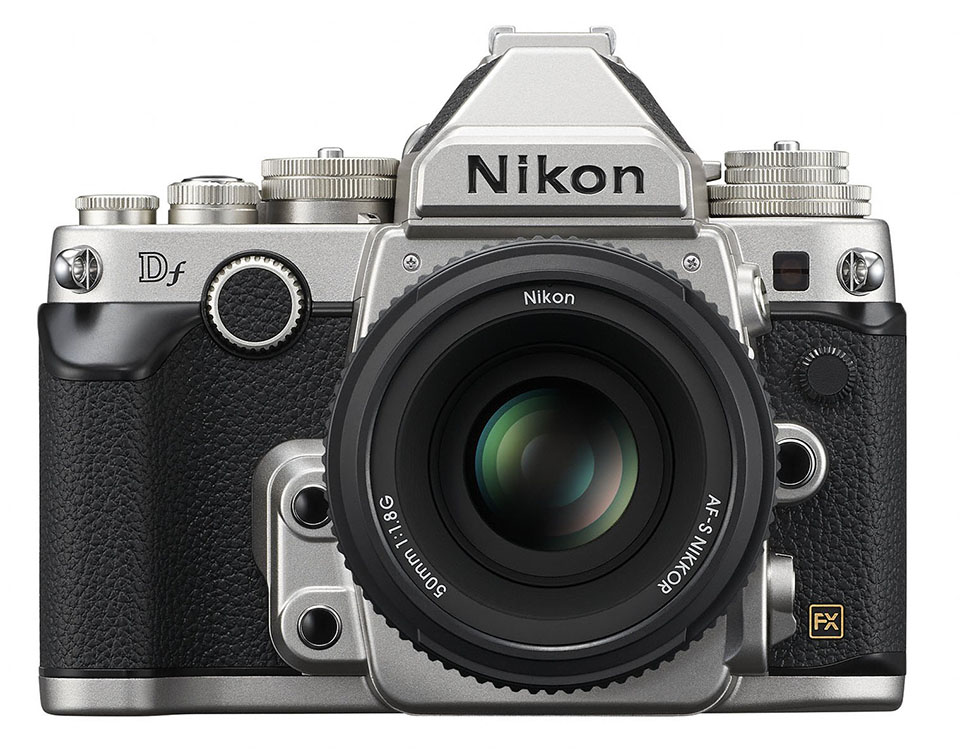 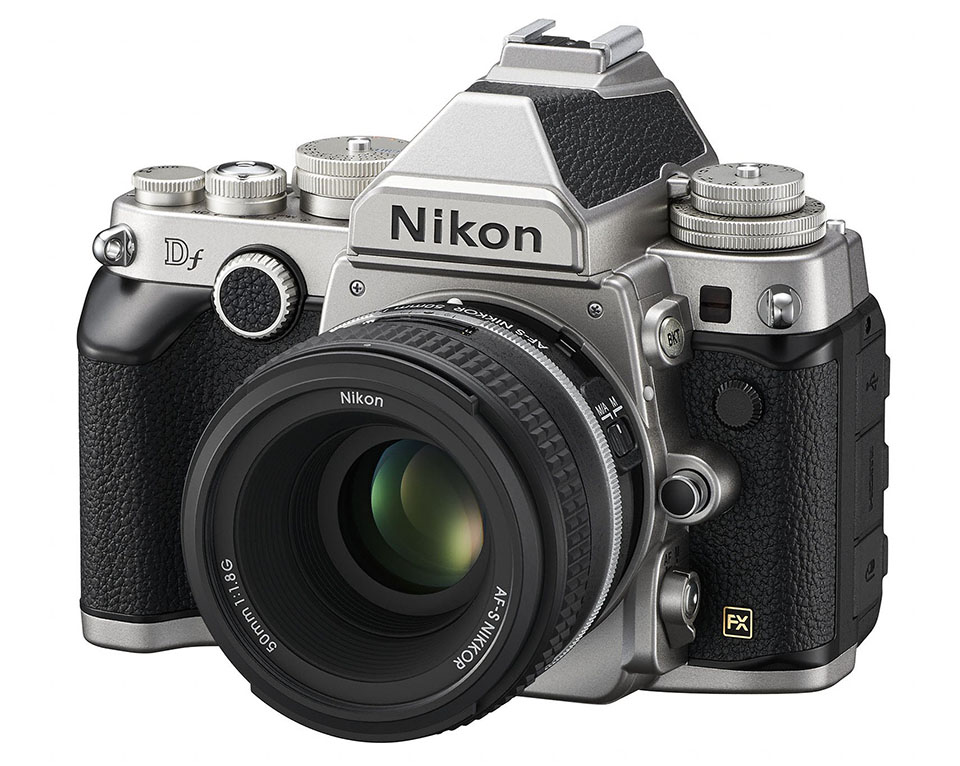 The new Nikon Df DSLR is a strange-yet-significant step forward for Nikon.  It is retro in design, simple in philosophy, advanced in technology and compact in form, a combination of features that presents a pretty attractive package to professionals and well-financed hobbyists.  In a sense, it is to the digital class of photographers what Leica was to the rangefinder era.  It is very, very good at what it does and it doesn’t try to do anything else.  It is a camera, pure and simple, and a truly remarkable one at that.  If you’re a professional or an aspiring hobbyist, we’ll explain why this camera matters to both of you.  We’ll also very clearly define its drawbacks.

The Nikon Df is retro in spirit.  Its design pays homage to the professional-class compact cameras of the last century, the Nikon F3 and its predecessors.  It features the metal dials, speckled body plating and angular “head” below the hot shoe that recall a simpler time in photography when every function was right there at your fingertips.  The retro inspiration also recalls a time when cameras weren’t so bulky and overloaded with internal naughty bits.  It’s slim, svelte and sexy, measuring just a fraction of the size of the professional-grade counterpart that shares its top-quality sensor. 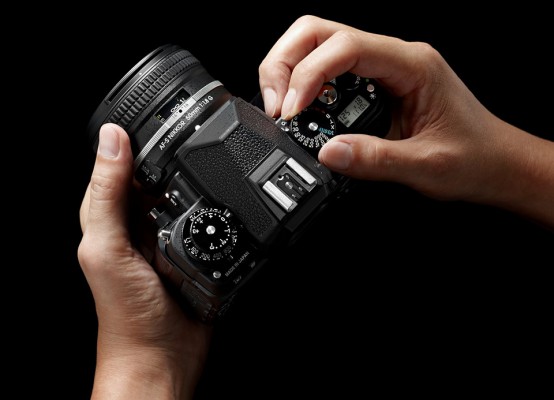 That “professional-grade counterpart” is the detail that has most photographers excited.  The Nikon Df features the same sensor as the top-of-the-line Nikon D4— a 16.2-megapixel FX-format sensor.  The Df basically takes the guts of Nikon’s $6,000 pro camera and fits them into this retro-inspired compact.

Here’s the thing– some might scoff at the numerals here, as a 16.2-megapixel sensor might seem inferior to the 36MP in the Nikon D800 or the 41MP sensor in the Nokia Lumia 1020 mobile phone.  The megapixel count is not important here, and if you truly need high megapixel counts for massive prints, you won’t be shooting with a mobile phone anyway.  Basically, the sensor in the Nikon Df fits 16.2 megapixels on a very large full-frame sensor, where each pixel occupies a lot of physical space.  That Lumia 1020, by comparison, jam packs way too many megapixels into a tiny little wafer of a sensor.  The result, in terms of the Nikon Df, is pixels that can handle a lot of contrast and low-light scenarios which produce some of the highest quality digital images available.  In short– don’t get hung up on megapixels.  The size and build quality of the sensor is what is truly important. 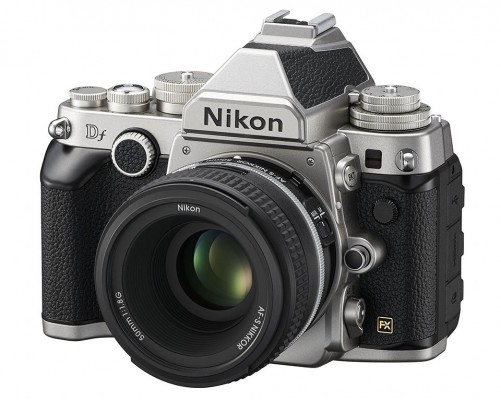 Then there’s what the Nikon Df doesn’t do– video.  There is no functionality built into the Nikon Df for video recording of any kind.  It can capture bursts of 5.5 frames per second, but this is not for video (and the Df doesn’t record audio anyway).  This was a philosophical point for Nikon that might scare away some multimedia producers, but it really shouldn’t be a dealbreaker for many professional photographers.  Personally, I own a Nikon D600 body that has nice video capabilities.  I’ve owned the D600 since January of 2013, I’ve shot countless jobs for food and architecture clients, and never once have I touched the video feature.  Some photography purists just don’t do video and likely never will.  This camera is targeted directly at that kind of photographer. 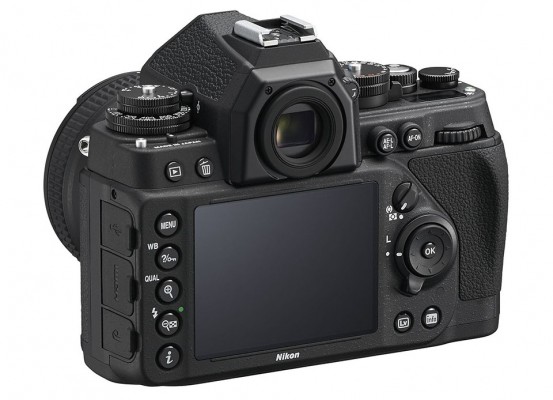 Nikon also built a new system into the Nikon Df that might attract long-time Nikon users.  Namely, the ability to meter for Nikon’s legacy pre-AI lenses.  I own a Nikon 55mm F1.2 lens that I inherited from my father that I use constantly, almost on every shoot.  It was built in the 1960s, and has no automatic functionality with any Nikon digital camera.  The Nikon Df will actually support metering for this and many other vintage Nikon lenses now, allowing greater use of some of Nikon’s most celebrated glass.  Ironically, Nikon even included that vintage 55mm f1.2 lens in their promotional images, shown immediately below: 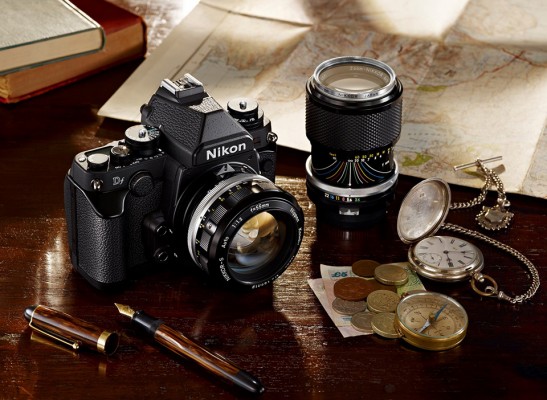 Is the Nikon Df really ground-breaking, and can it really be considered Nikon’s flagship?  The Nikon D4 is still the top-of-the-line camera with the greatest level of functionality available.  Does it justify the $6,000 price tag when a purist photographer can get the same functionality out of the Nikon Df?  The Df also features bits and pieces from Nikon’s more recent products that make it slightly evolved over the D4.  In reality, in terms of pure photographic quality per dollar, the Df could be considered Nikon’s greatest offering. 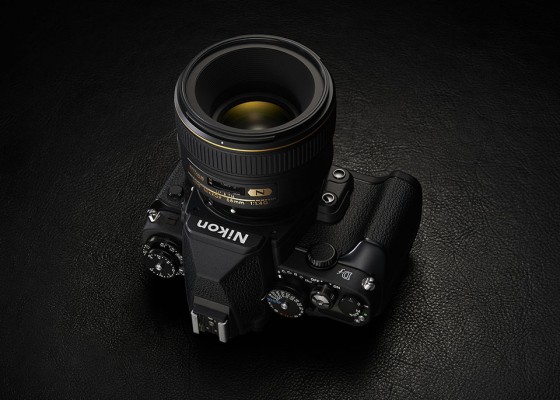 As for ground-breaking, the Df is a step forward by taking a temporary and necessary step back.  Until now, Nikon had been too focused on getting into the mirrorless market and rolling out a bunch of unnecessary iterations of their full frame offering.  The D800, D600, D700 and D4 are too similar to really be offering something unique.  The Nikon Df might complicate things further, but it is its own unique beast.  It features the best image sensor and processor of the bunch, it’s lightweight and compact and photographer-friendly, it celebrates the full history of Nikon glass and it’s less expensive than the D800 or D4.

Photographers are split on the Nikon Df so far.  I’m not.  I think it’s an amazing little camera that gets back to Nikon’s roots will offering pure photographers the most power the brand currently offers.  It’s available for pre-order now for around $2750, body only.