Ritot Projection Watch Shows Time on the Back of Your Hand 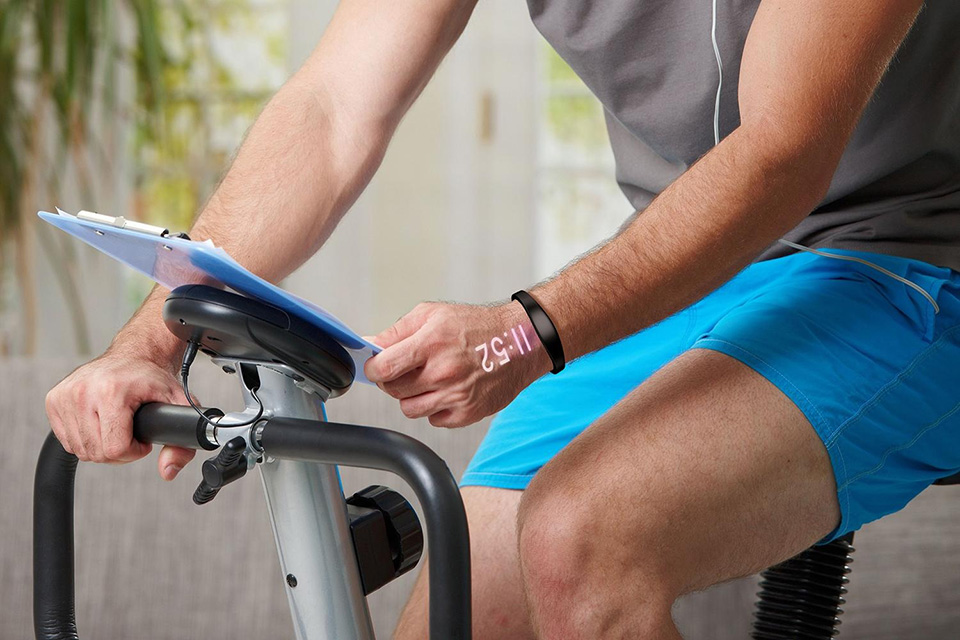 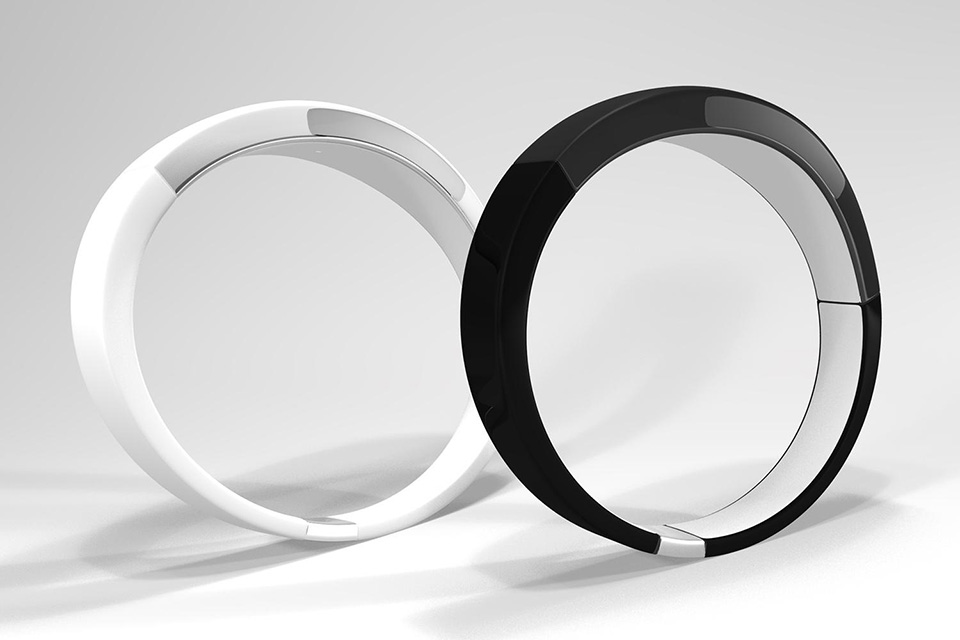 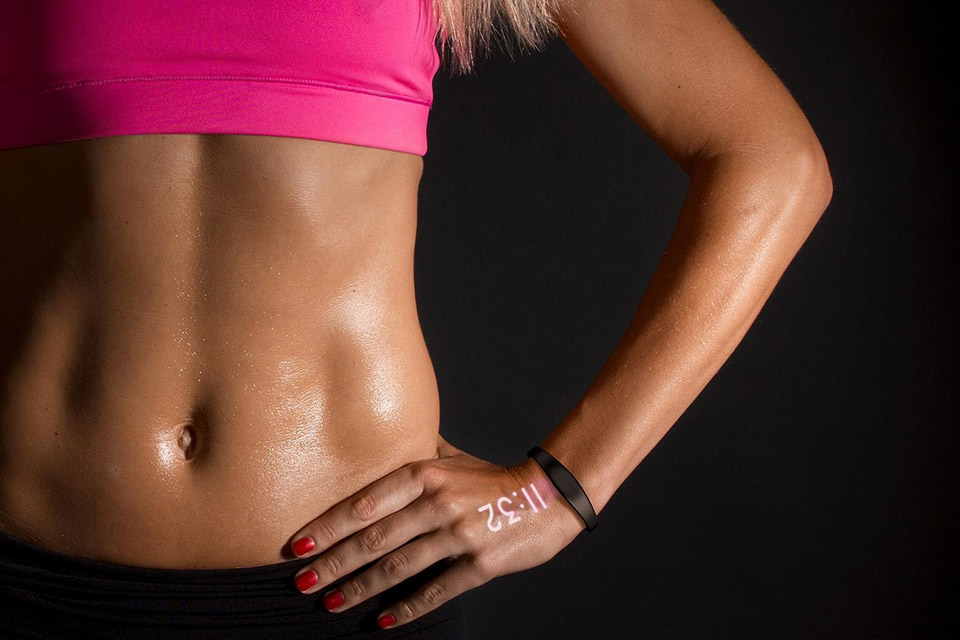 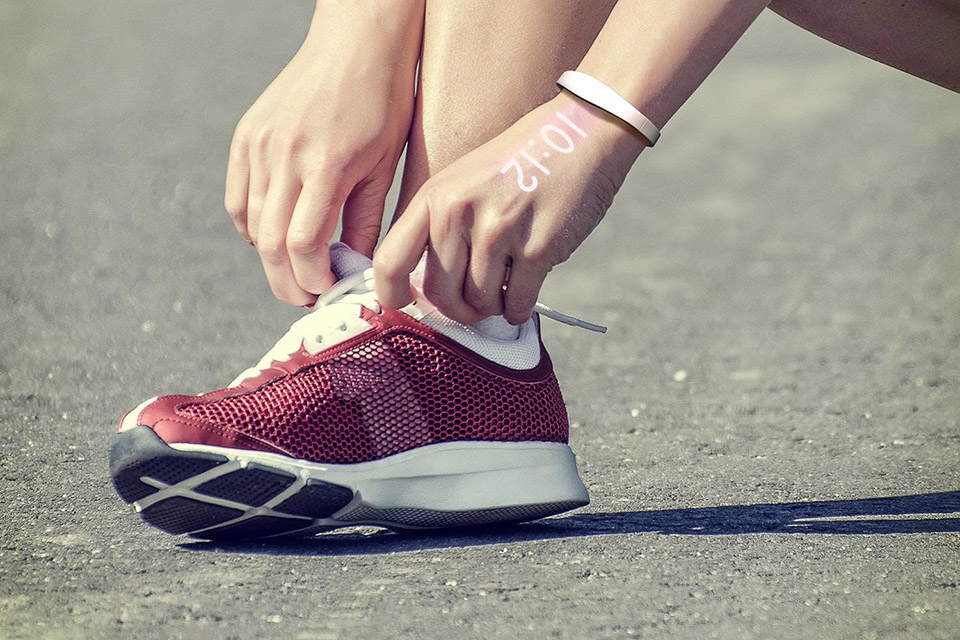 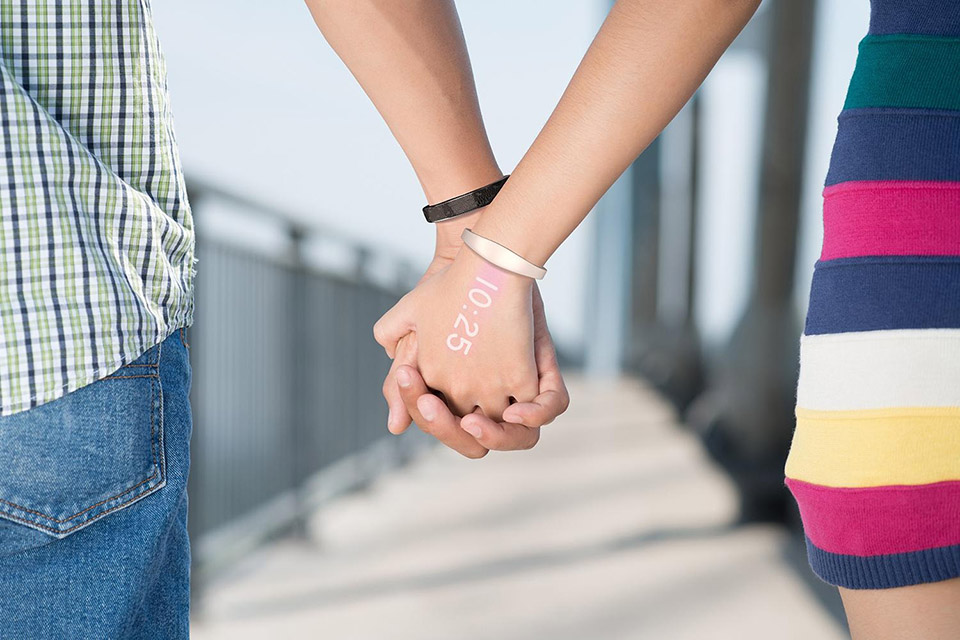 A new project by a group of four entrepreneurs in San Jose brings new meaning to the phrase, “like the back of your hand”.  They’ve launched a crowdfunding project for the Ritot Projection Watch – which they’re pitching as the first of its kind.  The device – which looks like an ordinary sports bracelet – is equipped with a pico projector, which allows it to display the time on the back of its users hand (along with various other notifications). By tapping the bracelet or shaking your hand, you can see the current time for up to ten seconds. It can also be synced with a smartphone to display details such as text messages, calendar reminders, emails, social media alerts, weather alerts, or caller ID. You can even set the watch so that it vibrates when you receive a notification. 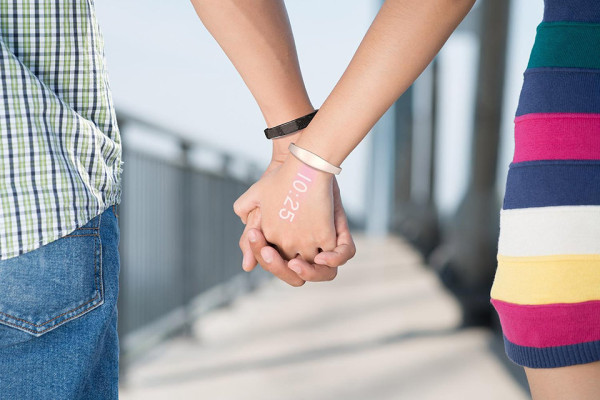 The Ritot Projection Watch will come with a base that acts as a wireless charger and customization interface; it can also be used as an alarm clock. Fully-charged, the device will have around 6 and 1.4 days of battery life in projection mode and one month of life in standby mode.

At launch, the Ritot will be available in two varieties: bracelet and sport. The bracelet version is leather and surfaced in white, black, or dark black (whatever that means). The sport version is made of plastic and rubber, and is available in either black or white. And for those of you who aren’t certain whether or not you want to support this project (crowdfunding campaigns do have a tendency to fail), the Indiegogo campaign for the Ritot has already raised over 229% of its initial goal, and it’s still got over a month left.

If you’re in the market for a new watch, it might be worth swinging by. You can get a Ritot Projection Watch for $120 ($40 below the retail price). I think I might pick one up myself. Might as well do something with the back of my hand, right? 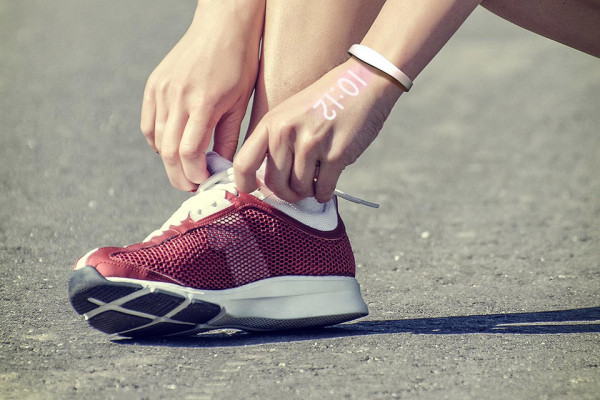