Savvy Travelers Reveal 15 Ways To Save Money On Car Rentals 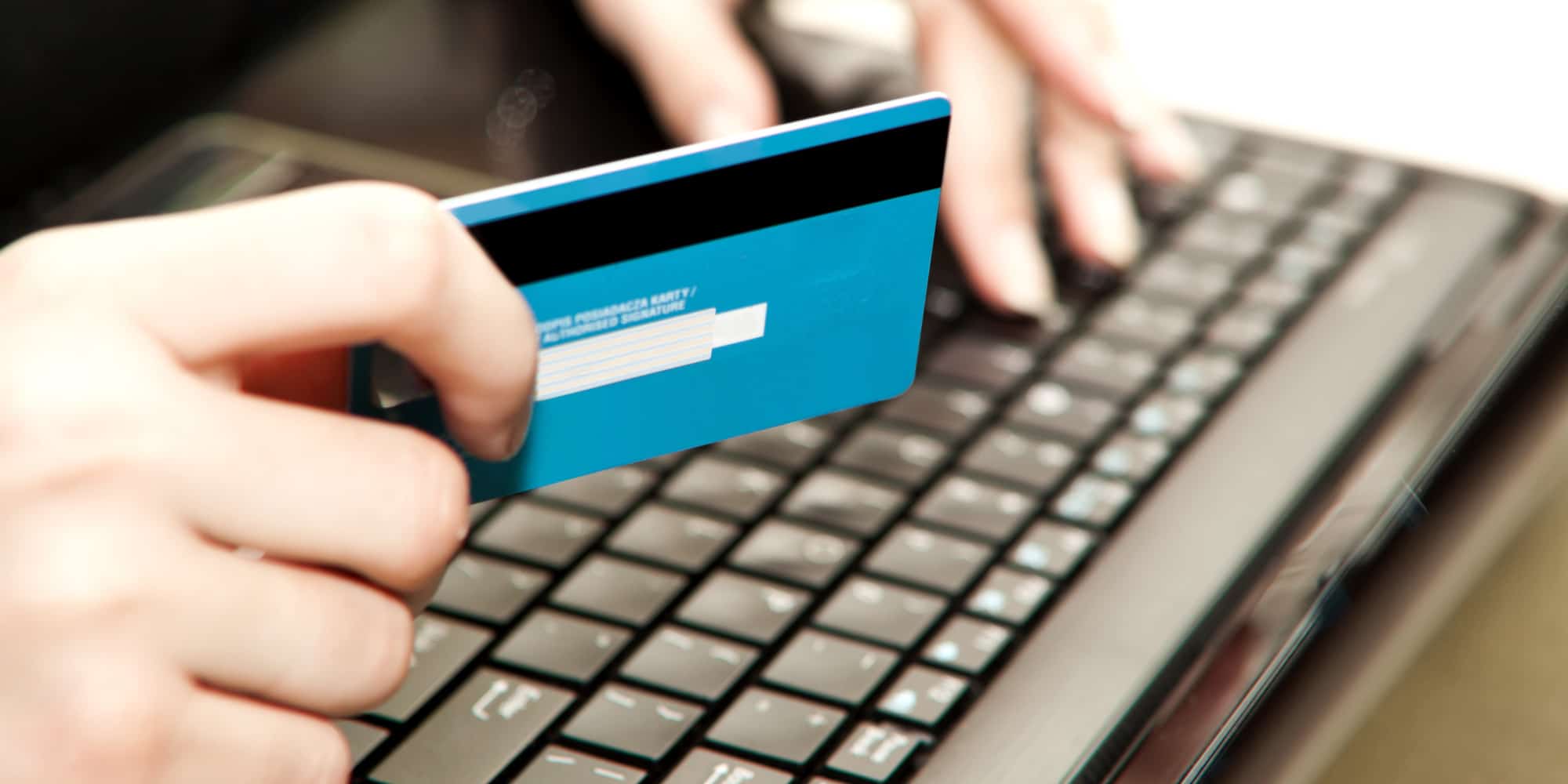 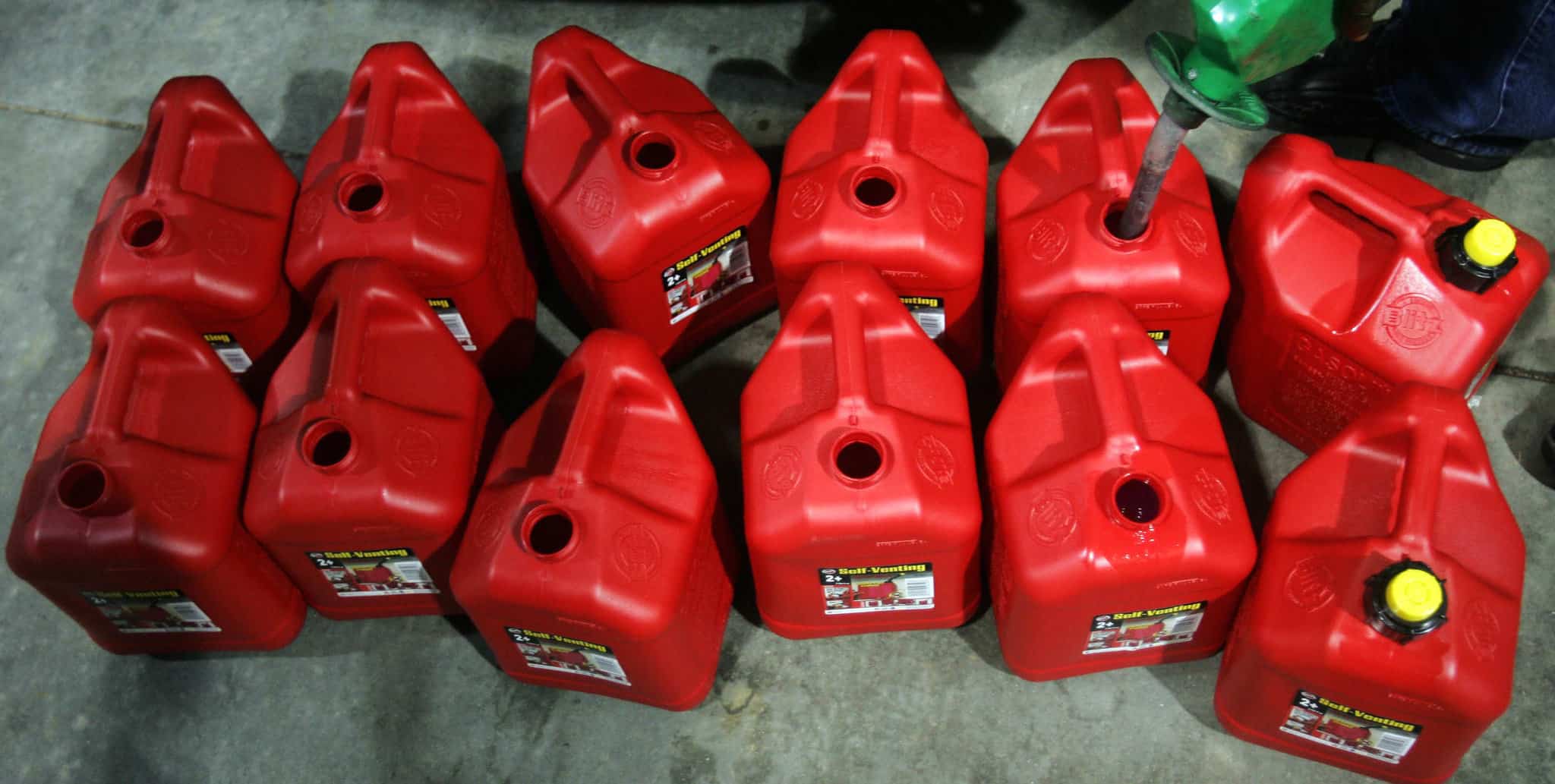 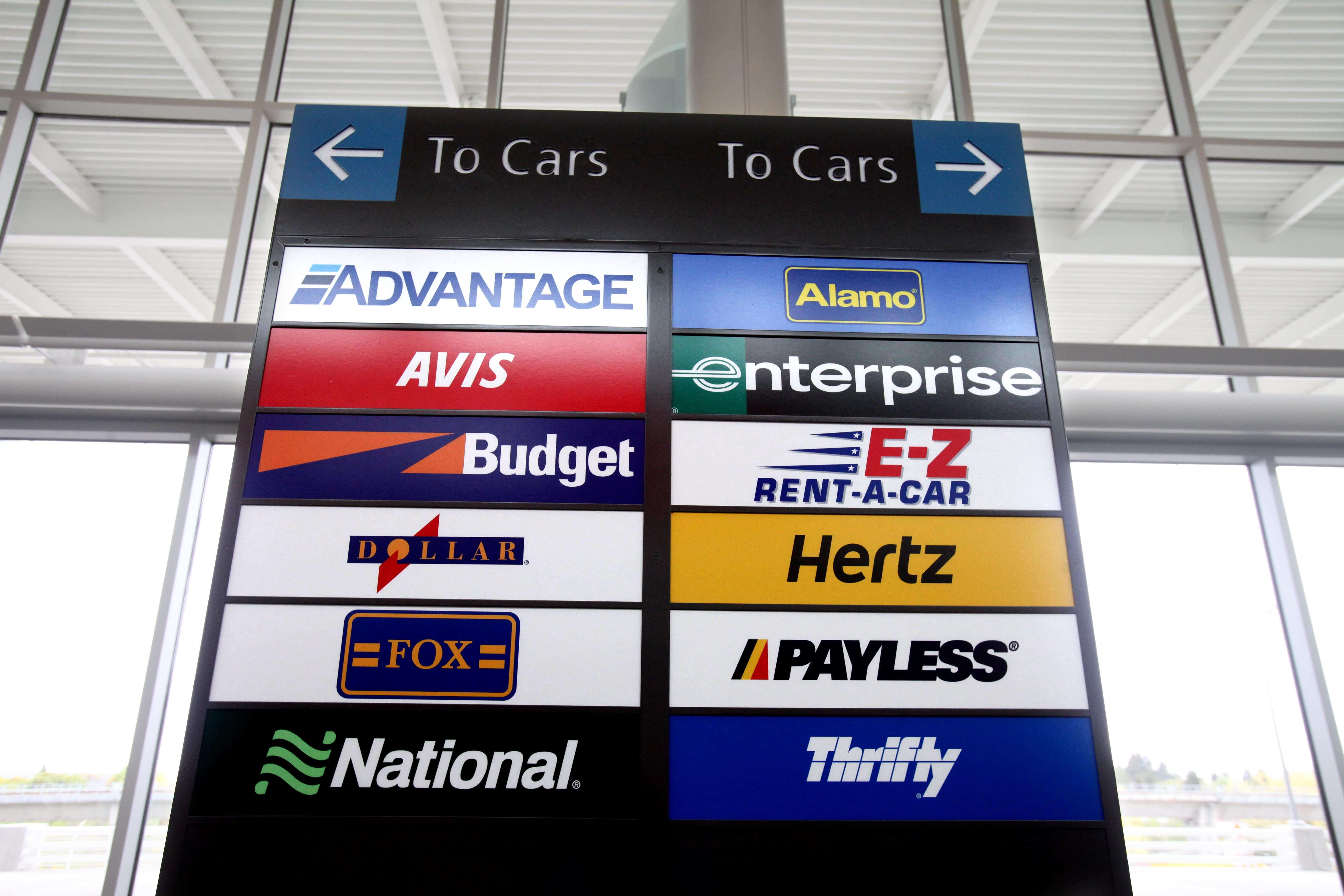 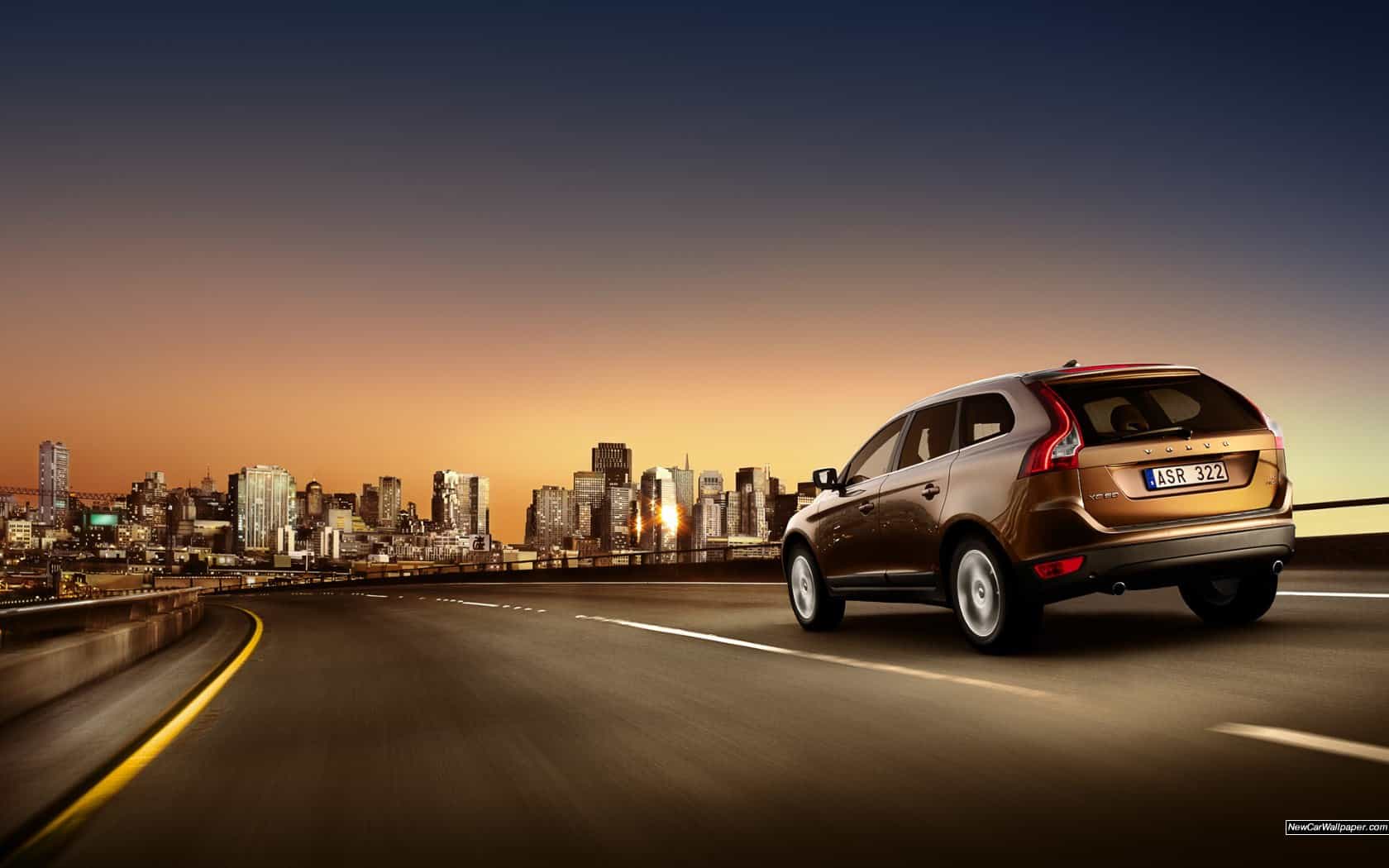 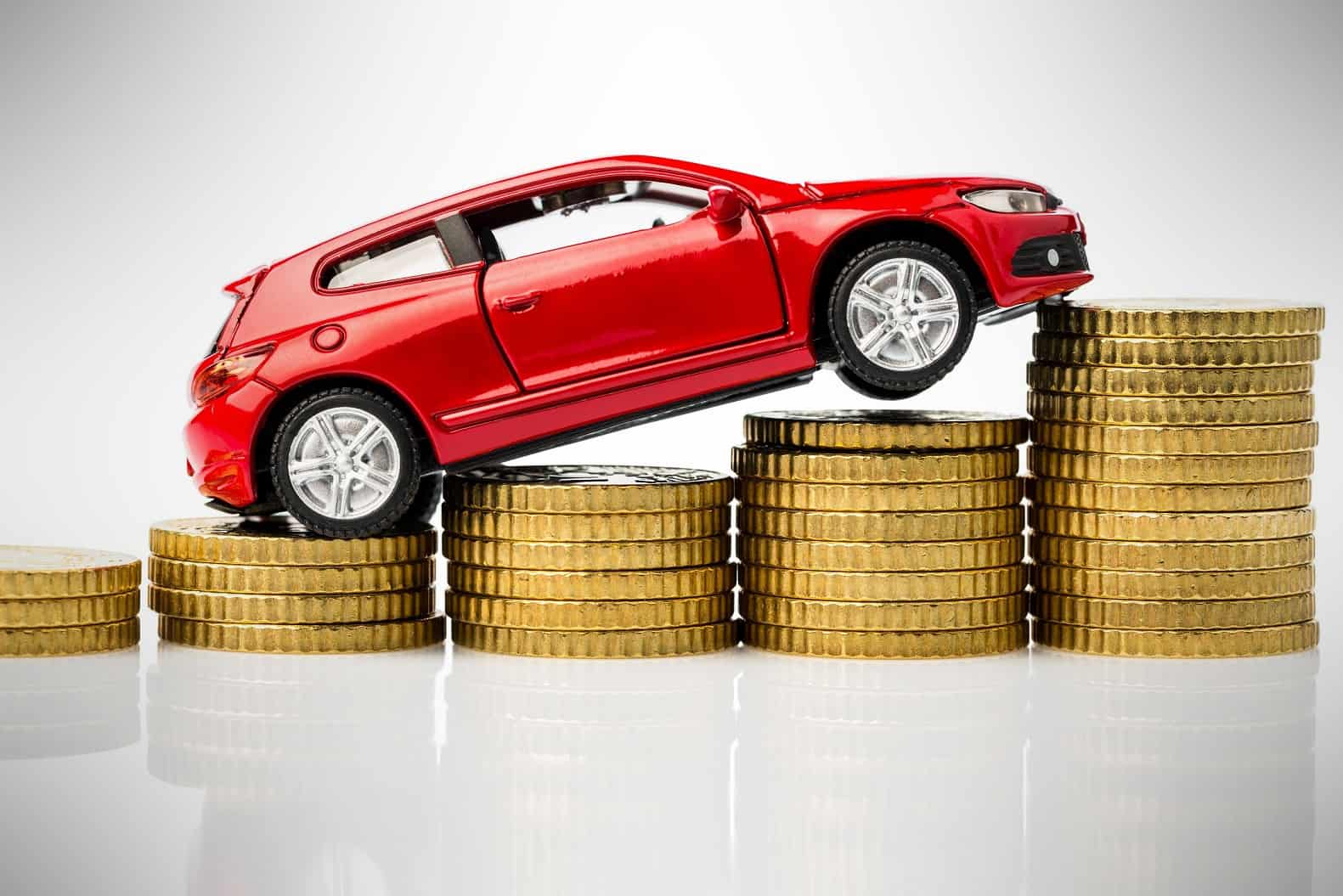 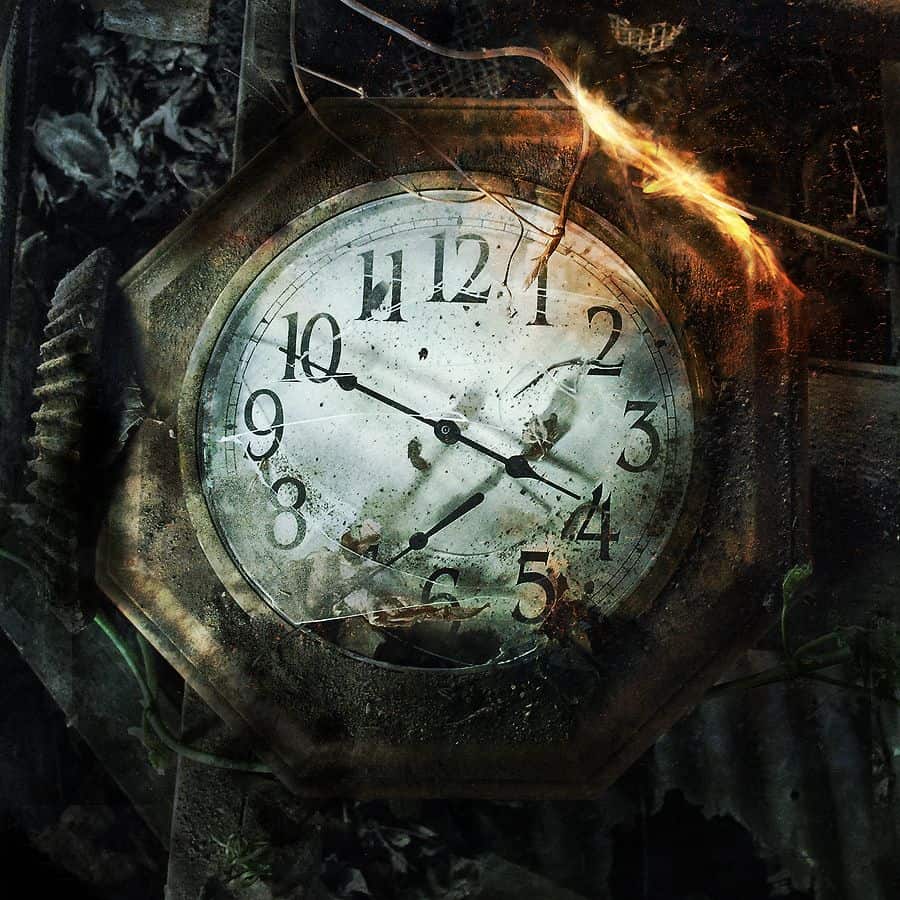 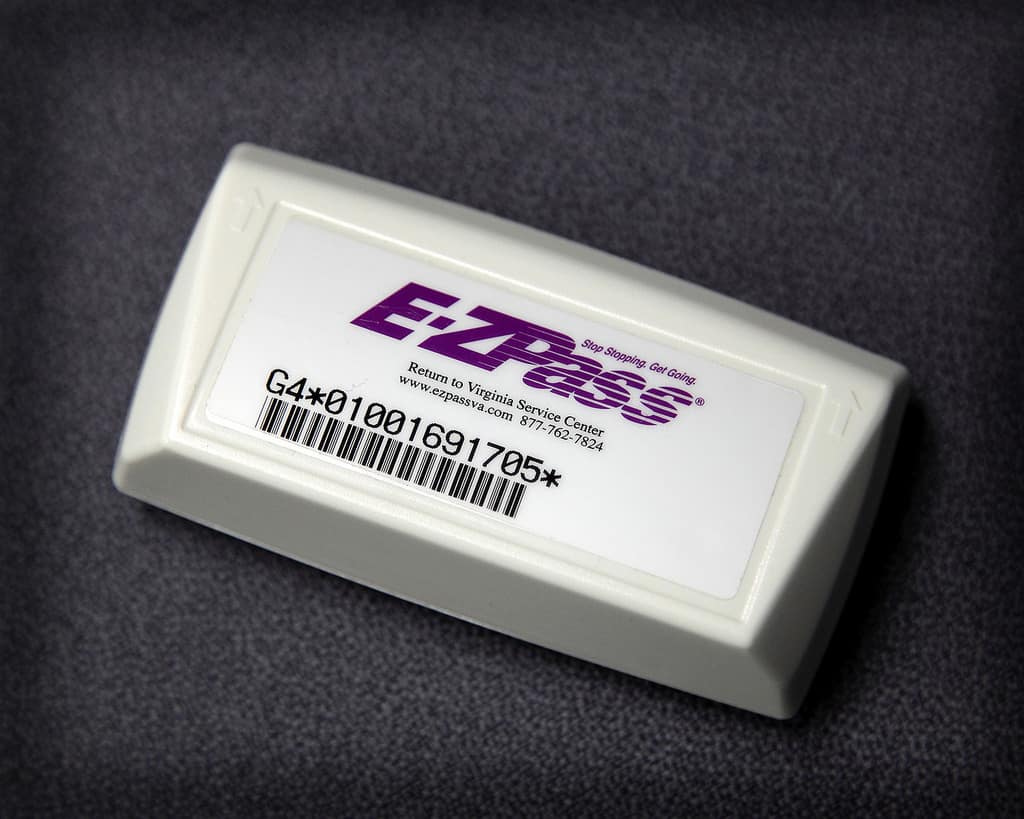 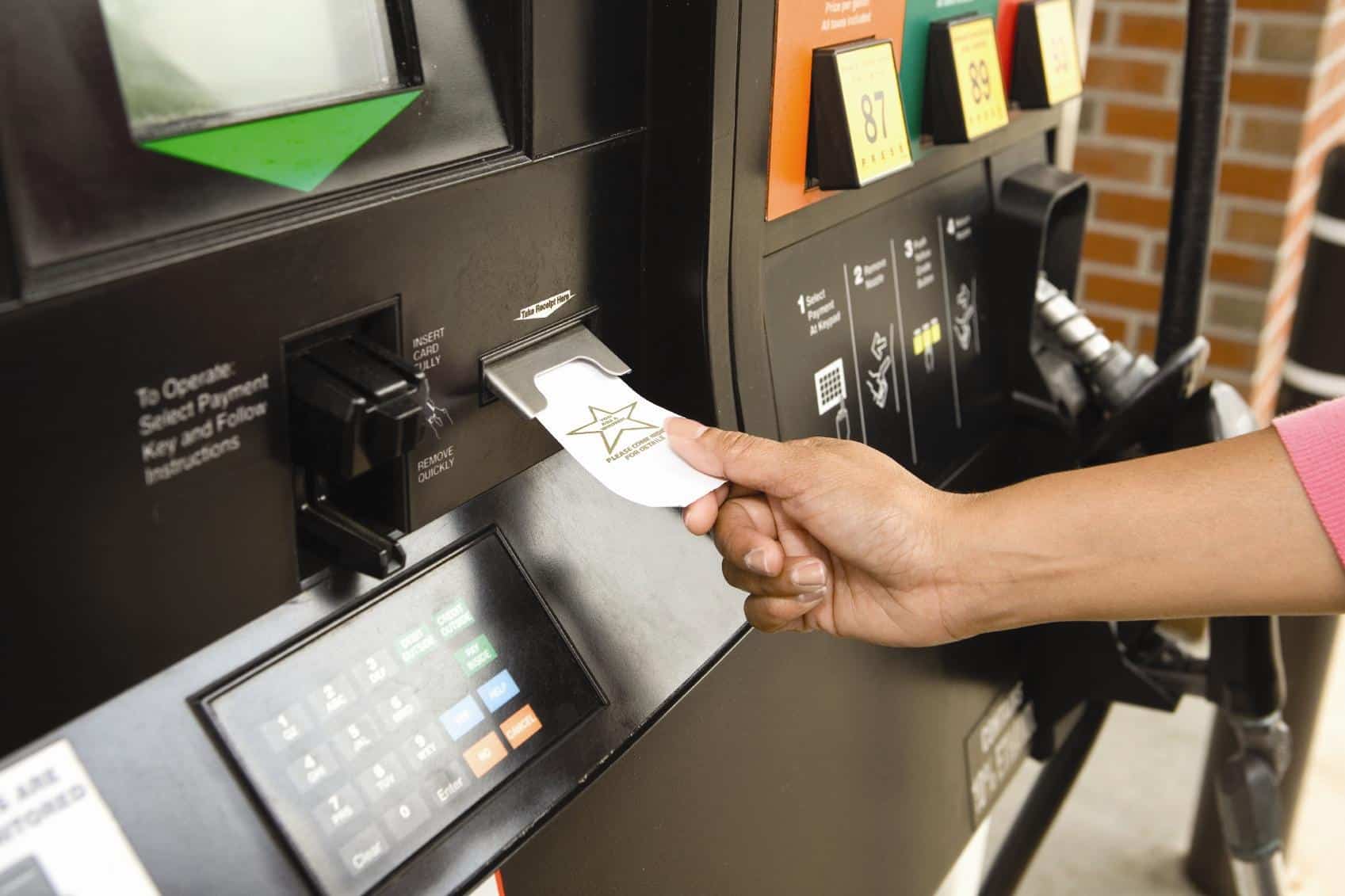 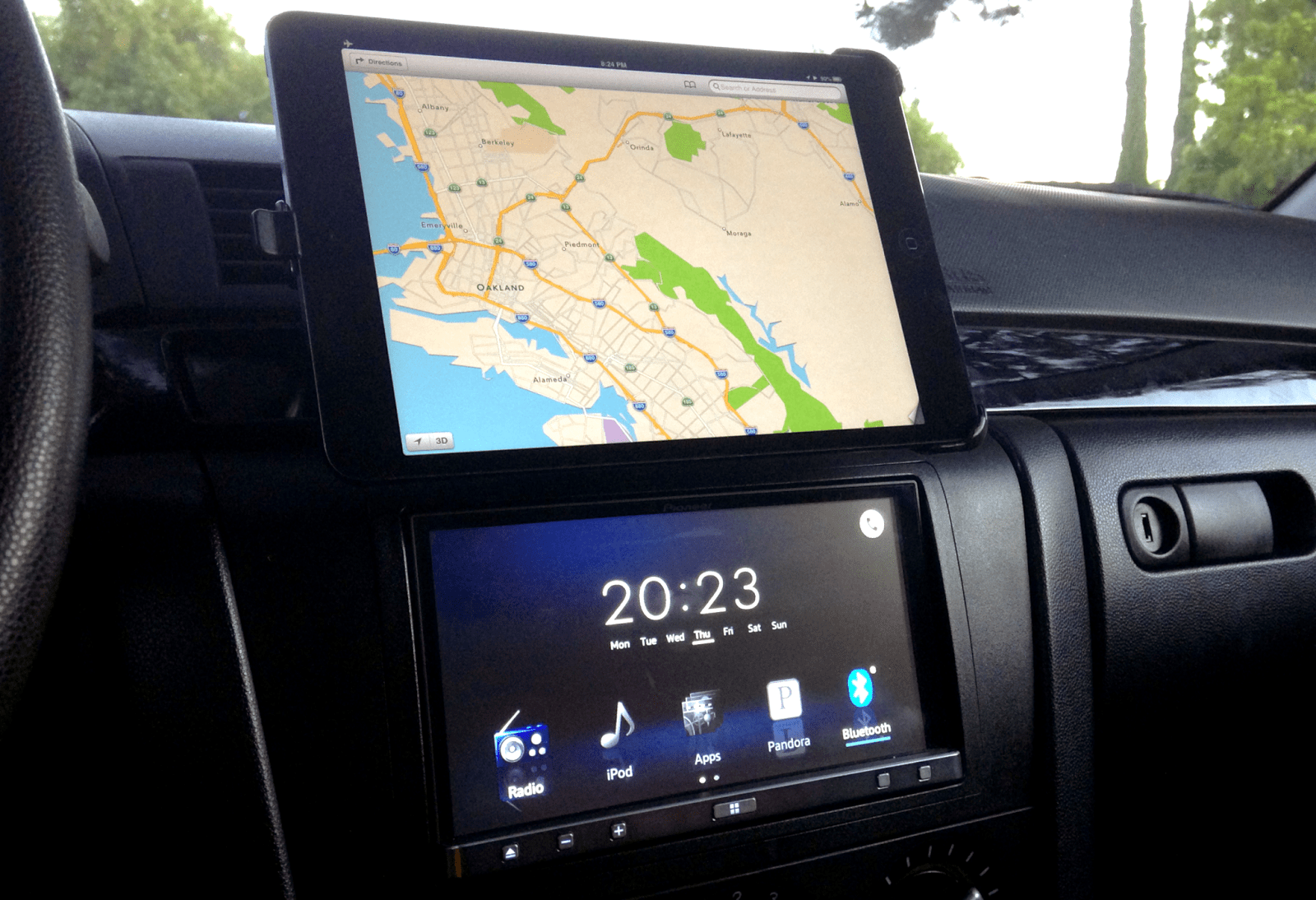 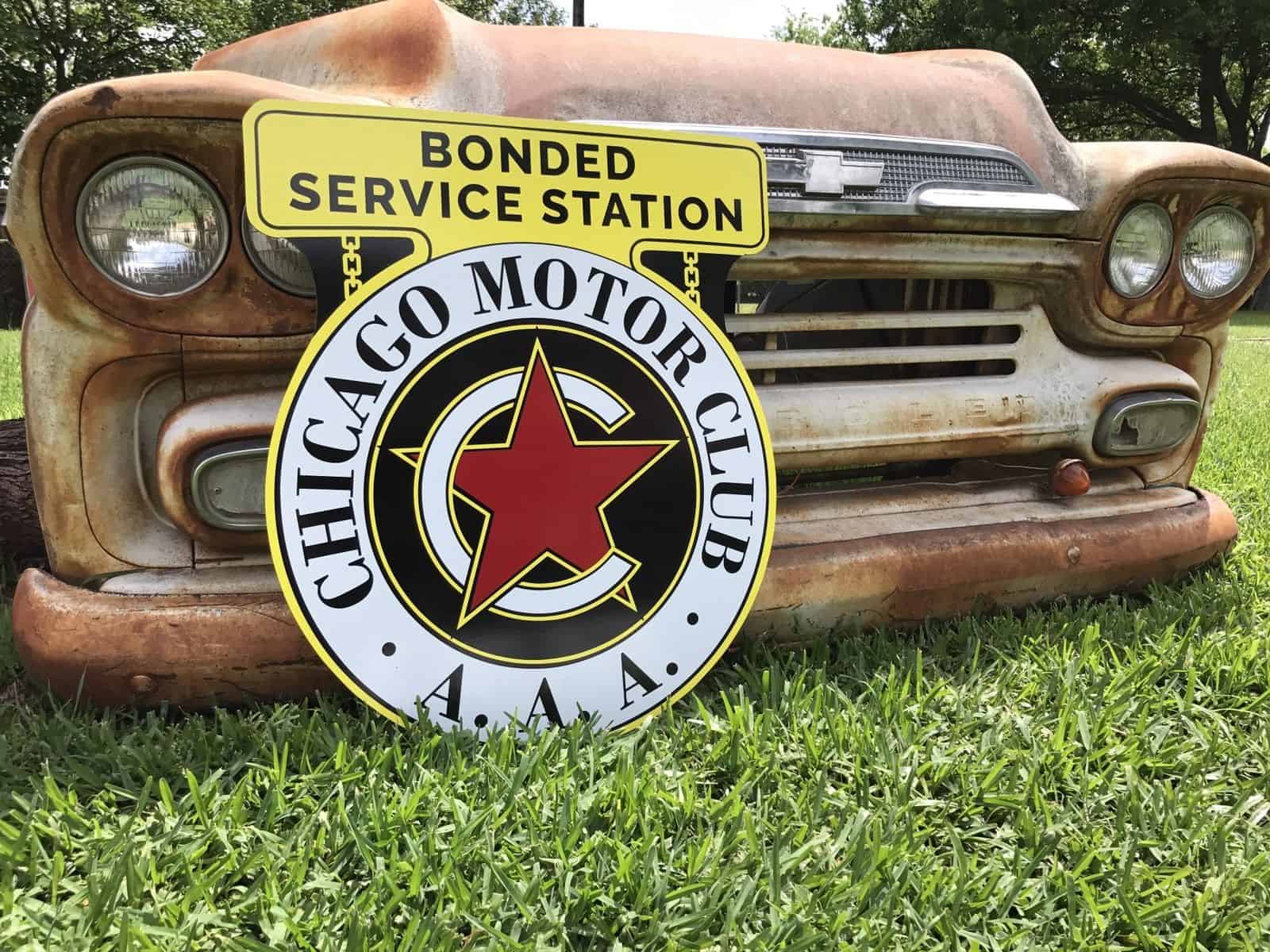 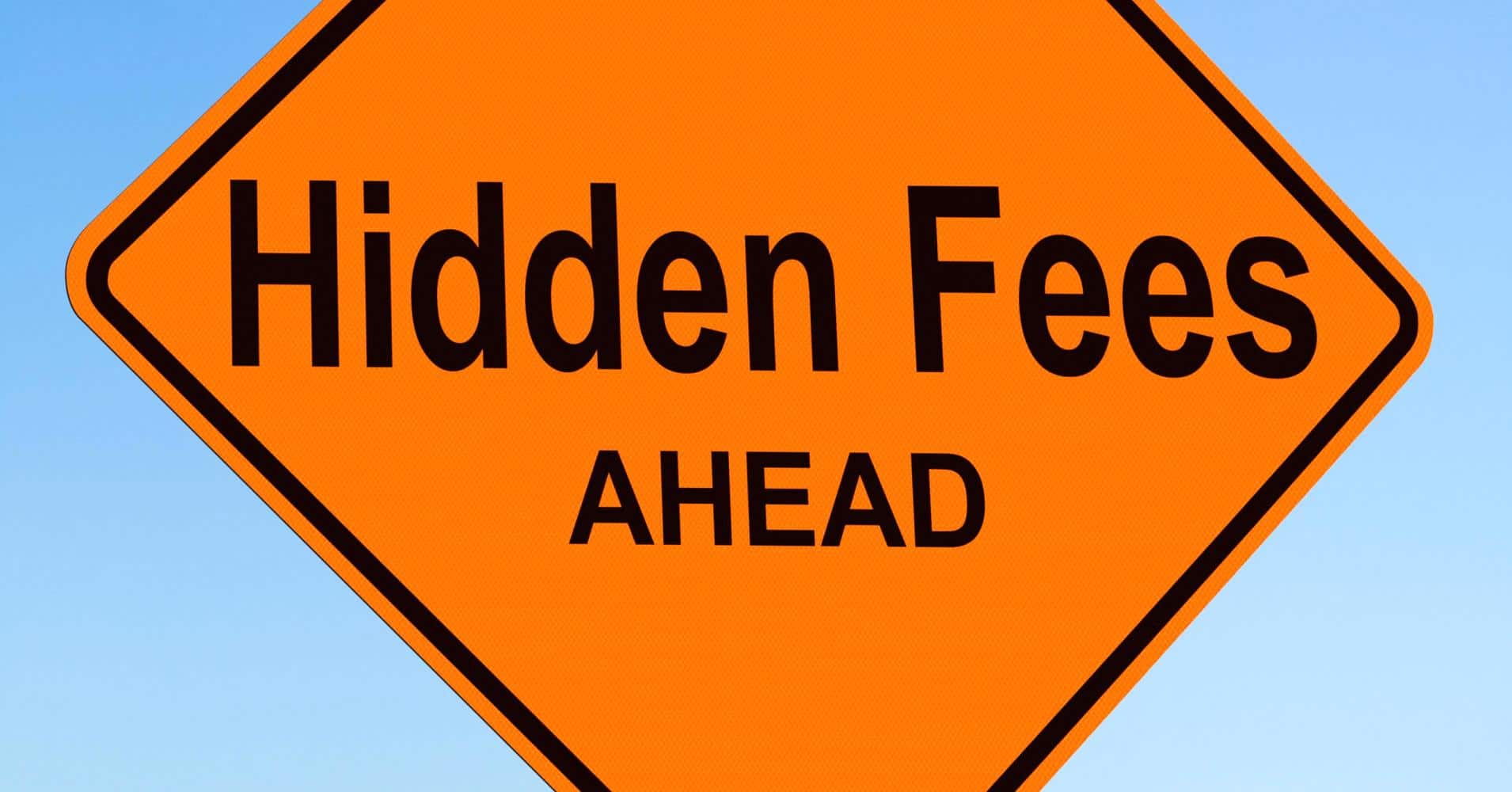 Traveling is tough, particularly on your wallet. Every hotel wants to hit you with resort fees, you’ll be eating at more expensive restaurants, and sometimes the airline will throw you off a plane for no reason. One of the worst offenders in the battle for your bucks is the car rental counter, where some of the worst people in the world seem to work.

Point of fact, it’s often not the fault of the desk agent that they seem like such greedy bastards. It’s actually the policy of rental car agencies to bilk you for every cent they possibly can. That industry is a tough one to turn a profit, so they have to be bloodthirsty. The good news for you is that if you play smart, you can avoid most of those hidden charges and fees, leaving more scratch in your pocket to be taken by the neighborhood muggers in Rio. Each of these tips are tried and tested by jet-setters from around the world, who have to make every penny count.

We’ve gotten acclimated to paying for things that we don’t actually have. We pay for hotel reservations. We pay for items online, trusting that they’ll be shipped to us, then we pay more to get them faster. To our modern minds, paying for the promise of something is a standard way to operate. In the case of rental cars, it’s a dangerous waste of money.

Rental car rates fluctuate wildly from day to day, and your reservation either will or won’t be honored, regardless of whether or not they have your money. Even if you’re offered a discount for pre-paying, you’re almost sure to find an even lower rate by merely waiting to see what happens. There’s no cost for making a reservation and then canceling it, unless they’re already in possession of your funds. So book it and then wait for the rates to drop and rebook at the lower rate.

When you pick up your car, they’re going to ask you if you want to pre-pay for your gas. Never, ever do this. You know how a gas station works, and are going to pay less to pump it yourself than you will at the counter.

While calling a hotel and haggling a little bit can get you a good deal on a room, going directly though a rental car company will always cost you more than using a third party. Don’t use their agents. Don’t use their website. Avoid contact with them as much as possible, since they’re going to try to upsell you garbage you don’t need, and will lie right to your face about available vehicles.

There’s a few websites and apps that will reduce your car rental rates, but AutoSlash is the best we’ve found since it specializes in car rentals. You put in your rental information and it finds the best price. Then, after you make the reservation, AutoSlash tracks prices and automatically rebooks you at any lower rate that comes up. That way you aren’t monitoring the prices yourself.

Hotwire.com can also work if you’re booking at the last minute. They get some stellar deals that you won’t find other places.

There’s two kinds of people who rent cars: Business travelers and leisure travelers. Those who are traveling for work have short, specific schedules and an expense account to pay for it. Thus, they pay more. Leisure travelers are more sensitive to price, and car rental agencies know that, so they drop rates for longer rentals. Think of it as a bulk discount. You often will pay less booking for a whole week than just over a weekend. Just make sure you don’t bring the car back early, because even though it helps the rental agency, they’ll charge you for it, because they can.

If you’re driving one way and then leaving the car at a new location, you’re going to end up getting hit with a BIG drop fee. Usually a couple hundred dollars is standard. Keep an eye on that, and seek out rental agencies with lower fees. Also, book your reservation then call and ask to have the drop fee waived. Then, if they won’t do it, cancel the reservation while on the phone. The company knows you’re going to call the next counter in a hot second and do the same thing. Since they can’t lose to the competition, they’ll usually change their tune with a quickness.

Also, booking an economy class car will put you in a better position to avoid drop fees, since they have many more of those on hand.

If you can avoid booking at the airport outlet, you’ll often spend far less. Paying for a cab ride to get to a satellite rental office can drop your price by as much as $25-$50 each day. That extra money is nothing more than the convenience of picking up and dumping your car without adding any steps before your flight.

Assume You’re Going to Be Late

Give yourself a few extra hours if at all possible for dropping the car off. During travel, there’s a lot of variables that can make you late, and that’s money out of your pocket. Never assume anything will go to plan and request a grace period for bringing the car back so you have a window to work with. Most places will do this for no charge, if you ask the rental agent when you pick the car up.

The rental agents will tell you that it’s “more convenient” and “cheaper” to use their automatic toll transponder so that should you use any toll roads, you don’t have to stop, cruising right through like Caesar on his chariot. That’s a bald-faced lie that would get them cited for felony perjury were they to say it under oath. Pay the tolls yourself.

Big names mean big infrastructure which means big prices. See if you can find smaller operations that need the business. They have less overhead and can afford to charge you less. They’re also far nicer most of the time, and happier to waive fees or allow for grace periods, since they’re just happy you’re booking with them.

Fill Up Nearby and Keep Your Receipt

As soon as you drop your car off, odds are better than even that the rental agent is going to try to tell you the car was missing fuel. Show them the receipt and shut them down. This detail is certainly where the devil lives, so roust that greedy bastard.

Odds are good that your phone has fairly serviceable GPS on it, and frankly you’d probably save money by going out and buying your own in-car GPS rather than renting one from the agency. No matter how bad your navigation skills, it isn’t worth it.

Some motor clubs offer lower rental rates as part of their package. Plus, since those club memberships follow the driver, if there’s an issue with your rental car, they can come help you out for less than the agency will charge.

Retirees are considered more responsible than young whipper-snappers, and get big discounts just for being part of the club. You don’t even need to be a retired person, or anywhere close to it to get a card. It costs a pittance to join and you can save on more than just cars, allowing the nominal membership fee to pay for itself.

The same way you eyeball your food at the drive-thru, don’t leave the counter until you’re sure of every charge they’ve hit you with. If anything seems amiss, talk to the manager and get those fees waived. Sometimes it’s an honest mistake, but the rental companies are relying on the fact that you have a plane to catch, and are happy to sneak in fees that you won’t notice until it’s too late.