Whether you’re looking for inspiration or just want to gawk, today we’ve got some of the best-executed 3D tattoos for you to check out. 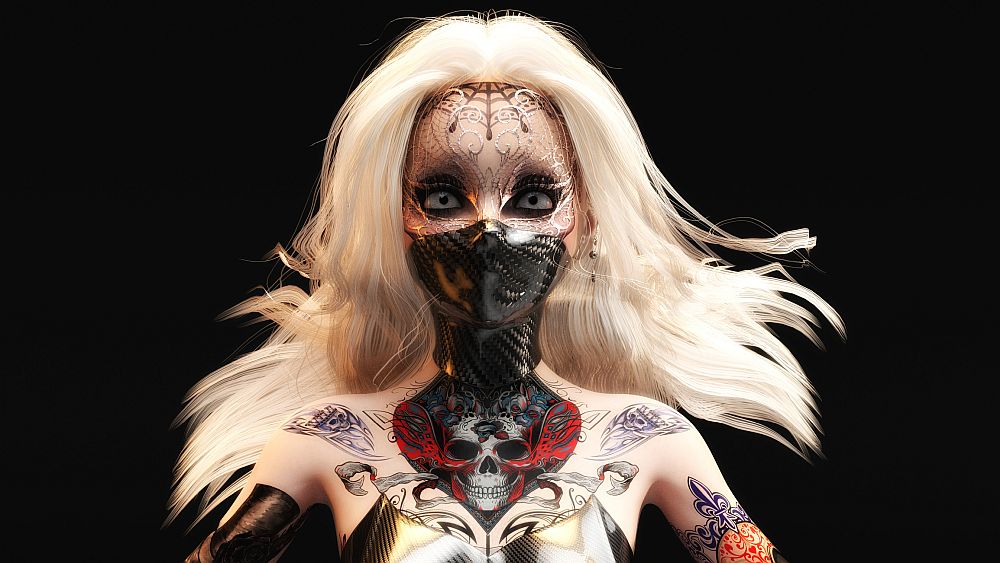 Body art, like any creative medium, goes through cycles. Branding was big for a time, as was gauging. Ink-heavy blackout tats are gaining in popularity, and more people are seeking to design their own tattoo style rather than going with the old standbys.

But among those who desire a truly unique look to be spread upon their flesh canvas, 3D tattoos have been trending. This is especially true as more artists experiment both with perspective, and with using machines to accomplish what human hands have previously been unable to attain. These deeper drawings create optical illusions that change and fluctuate as you move, but also give your ink a sense of restlessness lurking just below the surface.

Below, we take a look at 20 outstanding examples of the medium. If you’re thinking of getting your own 3D tattoo, or you just appreciate body art, this is the page for you.

20 of the Most Insane Styles of 3D Tattoos

These mind-bending creations are popular because they incorporate your body into the tattoo, rather than merely placing the ink atop it, treating you like an easel for holding it up. In weaving your skin into the work, it creates a greater sense of personalization and makes you even more inseparable from the piece. Should you think this is for you, here’s 20 inspiring works of pure genius.

To kick things off, here’s a classic M.C. Escher-style tat that offers a little surreality, but doesn’t go too far afield. Any amalgamation of shapely objects with a little shading can be turned into a nice 3D tat, so long as you have the right artist.

In the same vein as an Escher-inspired work is adorning your body with flexing lines that distort your own shape. Tattoos of this stripe – and spiral – are especially helpful for those who want to get creative ink, but aren’t wild about showing skin.

By altering how the lines of your body are perceived, it can help with a sense of dysmorphia and body shame in many. Plus, it’s just a fun way to go.

This person has a love of Skeletor from the He-Man cartoon that is worthy of concern. But a 3D portrait tat of any character you adore is a way to broadcast what you’re into with a permanent homage.

And plus, with execution as good as this, you’re sooner accused of being a connoisseur than a nerd.

There’s no need to get overly abstract if you have a thing you love enough to have forever on your body. By getting a photographically shaded work, you can create a vintage sensibility above and beyond a sepia-toned filter.

These types of 3D tattoos begin as standard ink, then fade into startling realism as they seem to move up and out from the skin. It requires a particularly gifted artist to execute convincingly.

It astonishes the viewer by not only breaking the fourth wall, but creating one on human skin to begin with. Outside of 3D sidewalk art, there’s little that plays more heavily on perspective.

If you would like some scales, armor, or a nice geometric overlay to make you feel more at home in your skin, there’s a 3D tat for that. How much of your body and where is entirely up to your own sense of personal aesthetics.

Both eastern philosophers and Carl Sagan have said that the universe is in each one of us, just as we are in it. 3D tattoos depicting the deepest reaches of space represent the interwoven dichotomy that is relative reality–and provide a way for web writers to sound really pretentious.

This person above took it more literally, though to stunning effect. You can just imagine staring into the depths of a spiral galaxy or globular cluster from the deck of some psychedelic spacecraft might look just like this.

This method of 3D tattooing is interesting as it uses multiple layers, appearing to go both into and out from the skin of the wearer.

With the right ink artist, you can create an illusion that goes as deep and rises as high as the eye can manage.

Devoting the bulk of your canvas to a single piece is tough. But when the effect is this striking, it’s well worth the pain. It offers plenty of space to play with depth, value, and perspective to create a convincing 3D effect.

One of the most popular types of 3D tattoo is the biomechanical mixture. Though disturbingly Giger-esque to some, the eventual blending of human and machine is already taking place in the world of body mods and artificial limbs.

It’s not too hard to imagine a far future where humans become clockwork creatures, which these tats embrace.

Maybe you shave your head regularly, or your genetics take care of that for you. Whatever the case, it frees up some unique real estate for skull cap style tattoos.

Utilizing the rounded shape of the head can offer some crazy possibilities for 3D effects.

Animals provide ample inspiration for 3D tattoos. The flapping butterfly above is an understated example that becomes more amazing the longer you look at it.

Moreover, animal anatomy is highly varied, offering a ton of opportunity to play with perspective, shapes, force, and weight.

Eyes in unusual locations are prominent in the world of 3D tattoos, and the effect is often unsettling if striking.

Our favorite examples have them looking out at the world in hyper-realistic technicolor.

The actual skin of the person is typically just used as a canvas. But when there are stretch marks or scars present, it offers a unique artistic opportunity.

In fact, what may otherwise be taken as an imperfection in the skin can create the ideal textural complement to a 3D tattoo concept. Don’t be afraid to embrace the skin you’re in!

The blackout style of tattooing can be used for more than painting over parts of the body. For example, by adding dark nooks and crannies that are enough to make any trypophobic squirm a little bit.

Often the intensive inking process to get the dark effect is more than many want to sign on for, but the results speak for themselves if done right.

Virtually every 3D tattoo employ shadows to give the popping, chiaroscuro effect. But to give the impression of a distant light source creates new levels of depth–and is difficult to pull off.

It requires that your artist understand both perspective and the play of light on objects to create body murals of this kind.

Though the eye of this piece is central, it’s not the focal point of the work. Rather, the entire limb has been altered with teeth and flesh to become a mutated appendage.

It’s the more disturbing cousin to the biomechanical style, in that this is intermixing biology with biology to create the appearance of an abomination.

We’re all wearing a meat suit, and this type of 3D tat reveals the seams. Buttons, zippers, snaps, zip ties, staples, stitches, fabric patterns, and other implements of upholstery are all valid ideas.

Just don’t be the guy who tries to tattoo on an actual suit and tie.

Simple, straightforward, and hard to miss. The point here is to see both what is there, and to follow the chaotic look of each part of the piece to find more than meets the eye.

Designs which flow in and out of themselves are a good bet to achieve this effect.

At this point, you’ve seen quite the assortment of ideas for 3D tattoos. While some styles achieve a more dramatic pop-up effect than others, they all make use of depth, texture, and perspective to play tricks on the eye.

Whether your goal is to amaze, shock, or otherwise intrigue, 3D tattoos open up tons of artistic opportunities to elevate your skin canvas.

What are your favorite types of 3D tattoos? Want to name drop a tattooist adept in this style of ink? Leave us a comment below! 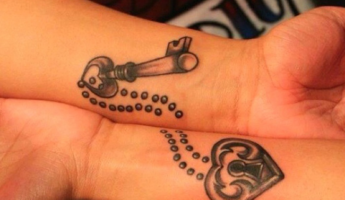 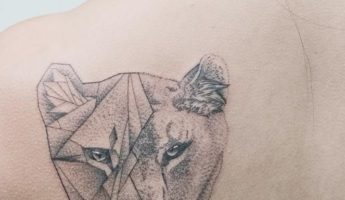 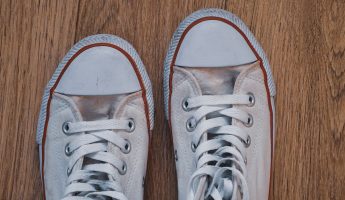 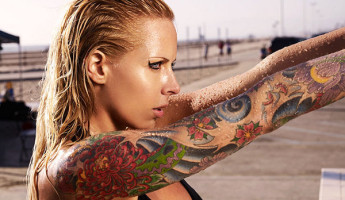 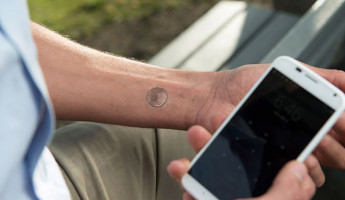 The Vivalnk Digital Tattoo Secures Your Smartphone with Digital Ink 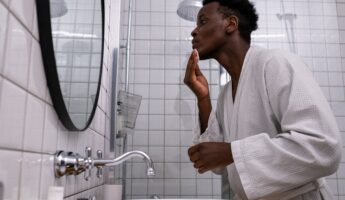 The Best Face Moisturizer for Men to Look and Feel Good 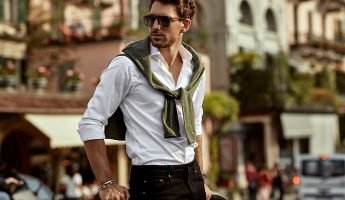 How to Dress for Your Body Type: In-Depth Guide for Men