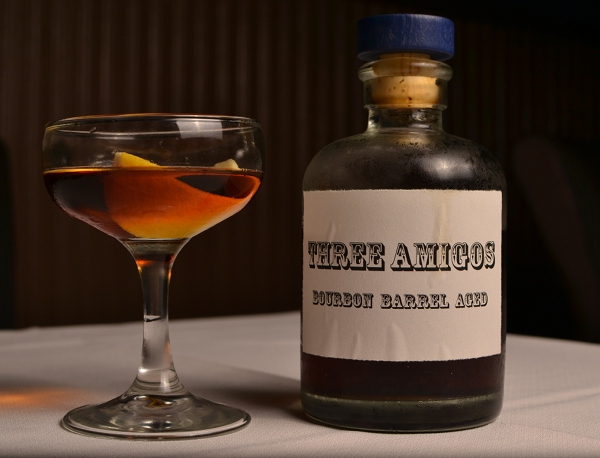 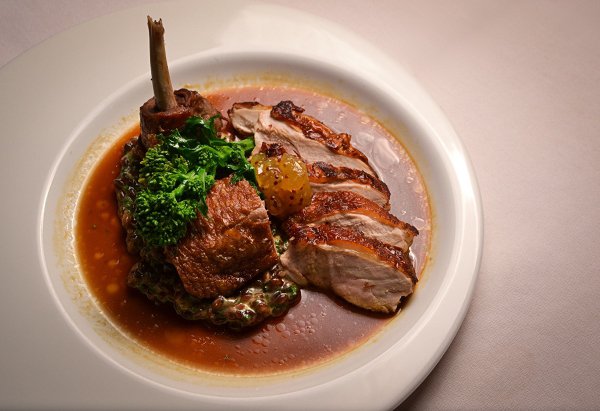 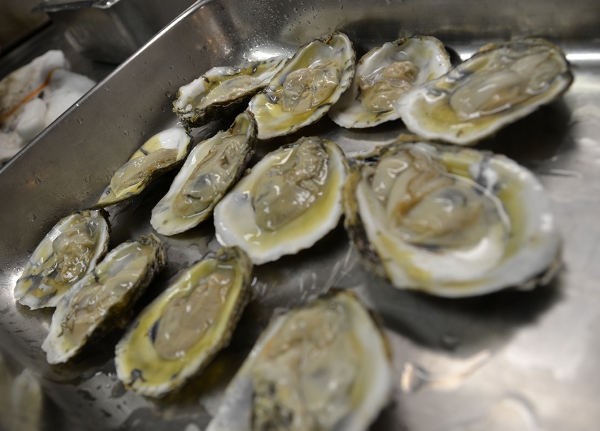 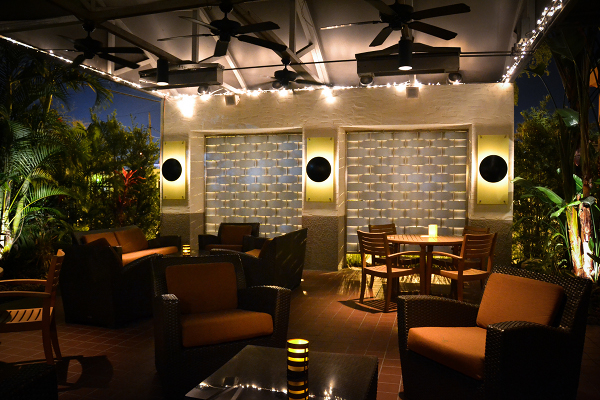 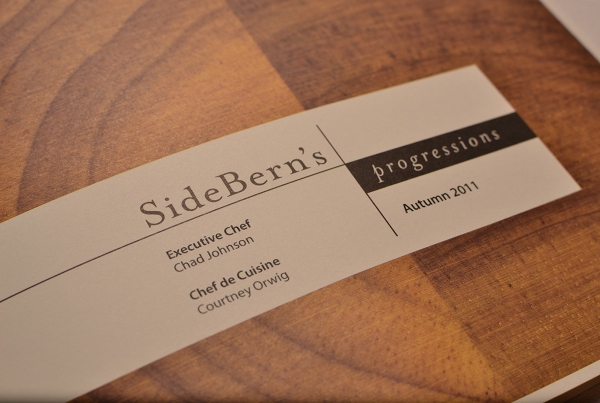 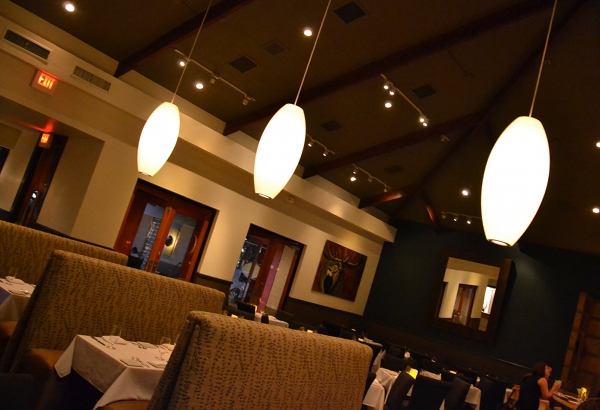 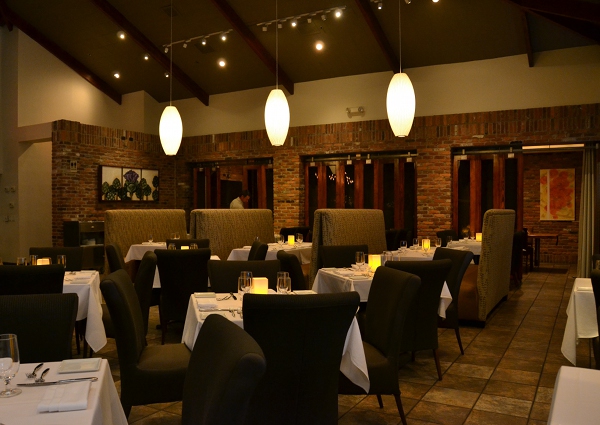 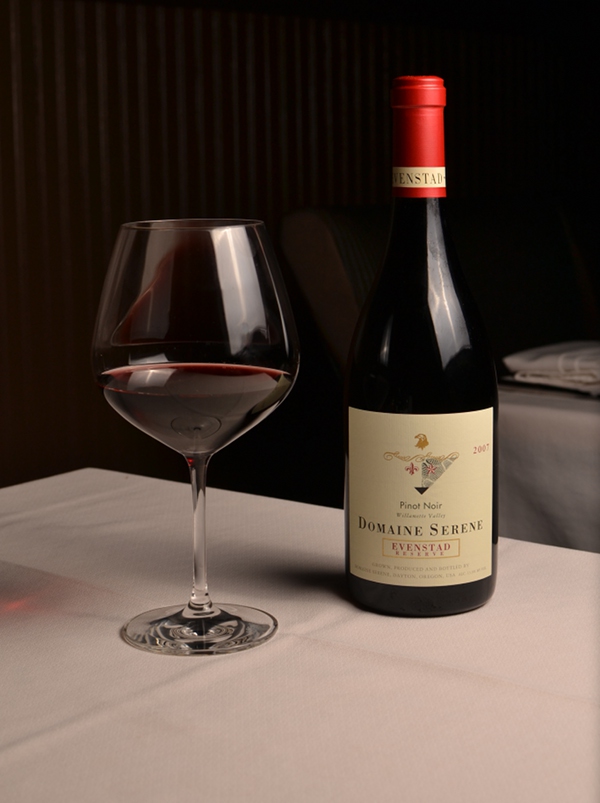 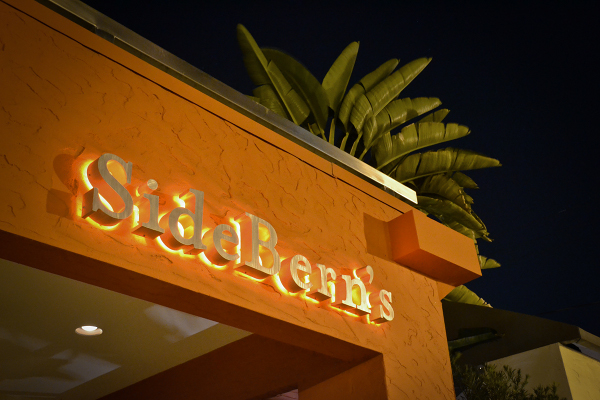 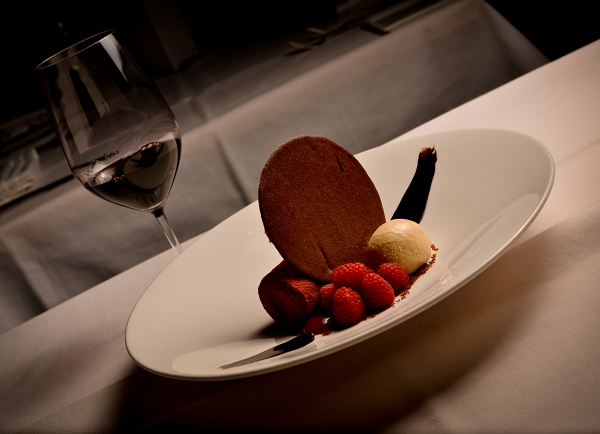 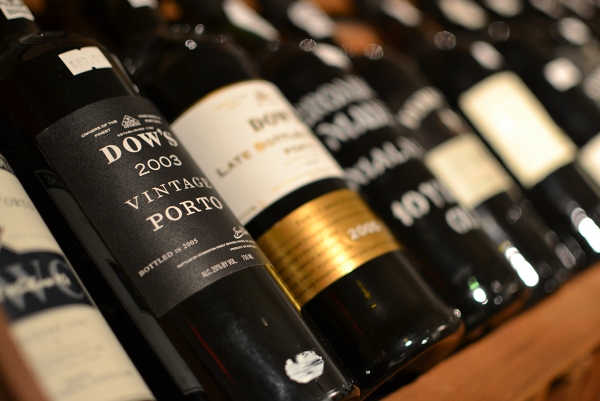 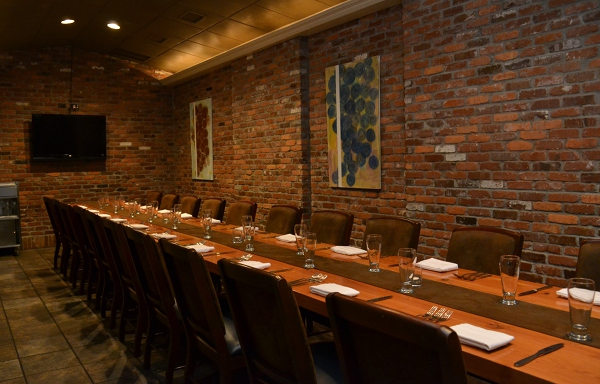 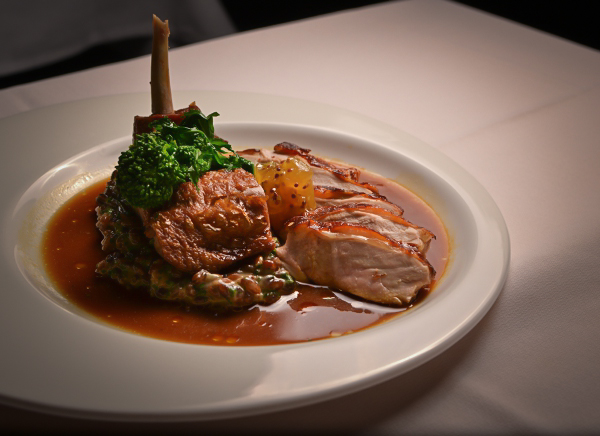 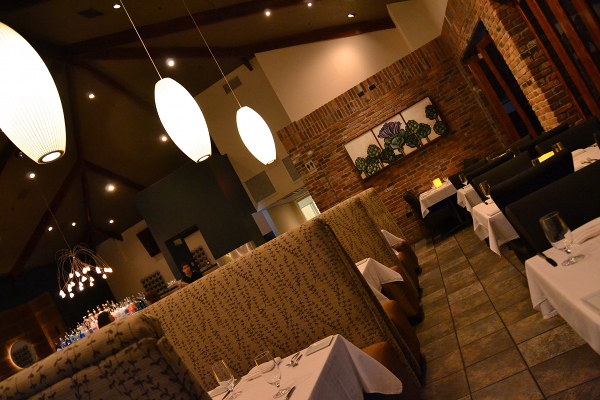 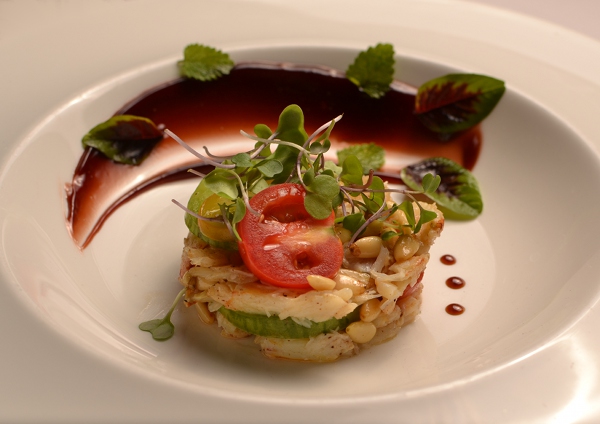 As part of our visit to the world-famous Bern’s Steak House last month, we were welcomed to try Bern’s sister establishment in Tampa, a modern Mediterranean restaurant called Sidebern’s.  The larger Bern’s is an American institution, revered by the press and known as a culinary launching pad for some of the region’s most respected chefs.  Sidebern’s, on the other hand, is no side note.  Where Bern’s has perfected the dining experience from steak to wine to dessert, Sidebern’s is its exploration into all things contemporary and progressive.

The design of Sidebern’s stands in contrast to Bern’s Steak House.  Bern’s formal interior is suggestive of an almost religious reverence, one that makes diners feel treated to a special experience.  Sidebern’s approaches the diner with a more relaxed, playful environment, one that reflects the free-spirited nature of its menu.  It features a modern outdoor lounge with a palm tree canopy, a large indoor dining room and bar and a private chef’s table.

We started at Sidebern’s bar for a pre-meal cocktail.  Sidebern’s employs a sommelier and a senior mixologist, one who designs cocktails with fresh ingredients and premium liquors.  We opted for the Three Amigos, a custom bourbon blend that had been bottle aged on-site for three months prior to our arrival.  It was as friendly as the name suggests, full-bodied and as warm as the city around it.  Due to its alcohol-rich nature, we could only enjoy the one.

For our meal, we left the decisions up to Sidebern’s executive chef Chad Johnson and the Sidebern’s sommelier.  We started with one of the most inventive soups we’ve eaten, a butternut squash puree that is blended with a pine nut crab cake at your table.  Our hero photo at the top of this article shows the crab cake pre-puree.  The herbs and vegetables that joined the cake came directly from the farm that has been in the Bern’s family for decades.  After pouring in the squash puree, we were treated to an astonishing blend of flavors and textures– the sweetness of the squash, the buttery crab and the soft crunch of pine nuts made for a stunning soup.

The main course feature was a roasted hen over a risotto-style barley, assembled stunningly over a saucer of gravy.  The sliced breast on the right (above) was prepared sous vide, a vacuum-packed process that heats at serving temperature until the dish is cooked evenly throughout.  The resulting flavor and texture rival most cooking methods and in this case, the hen melted in the mouth.  On the left, this section was roasted on-the-bone over barley risotto.  After the large portion of butternut squash soup, eating the full hen was a challenge we gladly accepted.

To make room for dessert, we strolled around the Sidebern’s interior to get a better look at the offering.  In addition to the chef’s table in the back, with its view of the kitchen behind it, a long, communal table room was also available.  This is an increasingly common element to fine dining restaurants, where patrons are welcomed to dine together, share food and meet new people.

Behind that, Sidebern’s also houses Bern’s Fine Wine and Spirits, a retail wine outlet that represents some of Bern’s and Sidebern’s wine lists.  Vintage ports, chardonnay’s from the old world and the new and reds from this century and the last are all available in this attached shop.

Then dessert arrived.  We were in the mood for red, not an entirely common pairing but Sidebern’s sommelier found the right match.  Our dessert was a raspberry chocolate mousse with caramel ice cream, fresh raspberries and a dusted chocolate wafer.  Every element here was made in-house, and the raspberries were locally-sourced.  It tasted as lusty as it looks in the image above.

In contrast to Bern’s Steak House, where every visit feels like a special occasion, SideBern’s is a more relaxed experience but just as rewarding.  We’ll visit each again as the mood strikes, and we encourage our readers to do the same when visiting the Tampa Bay.  When you do, look us up– we’re always in the mood for a special occasion…