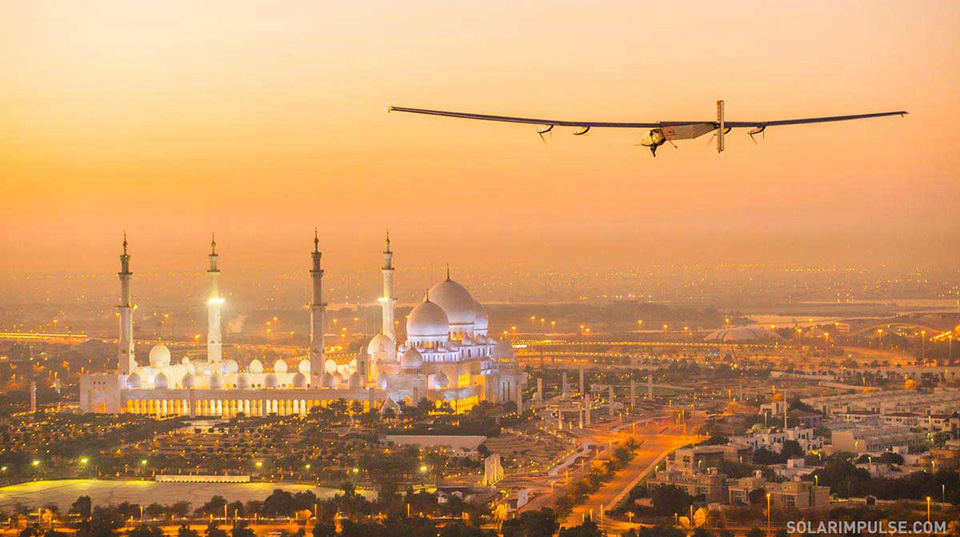 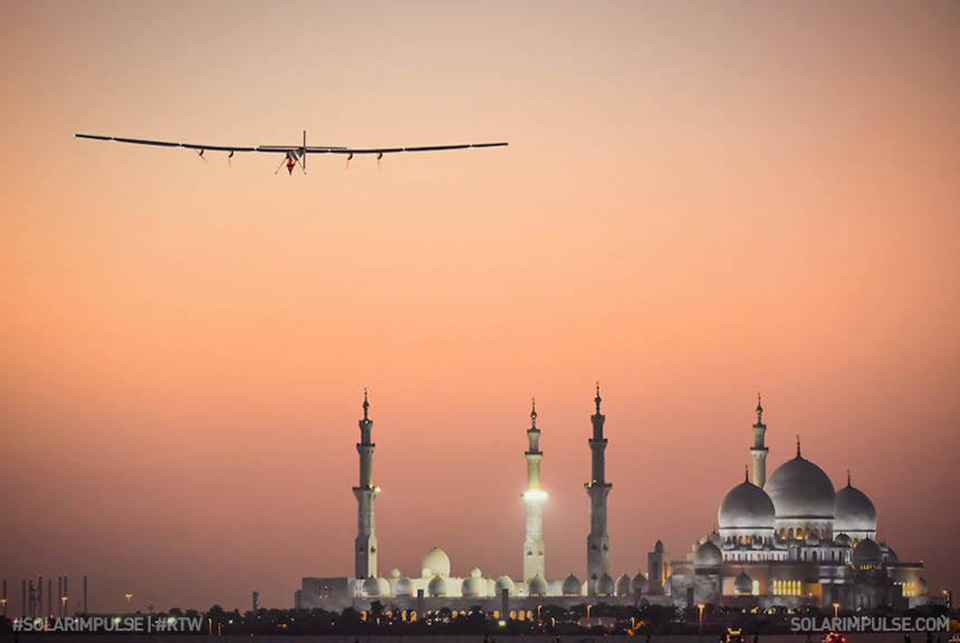 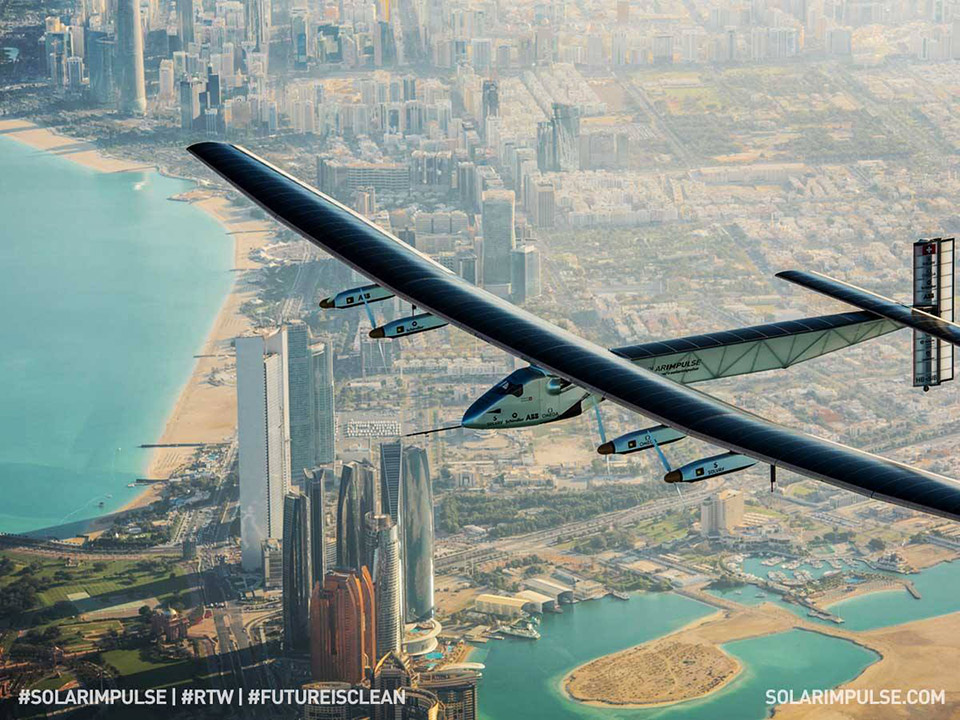 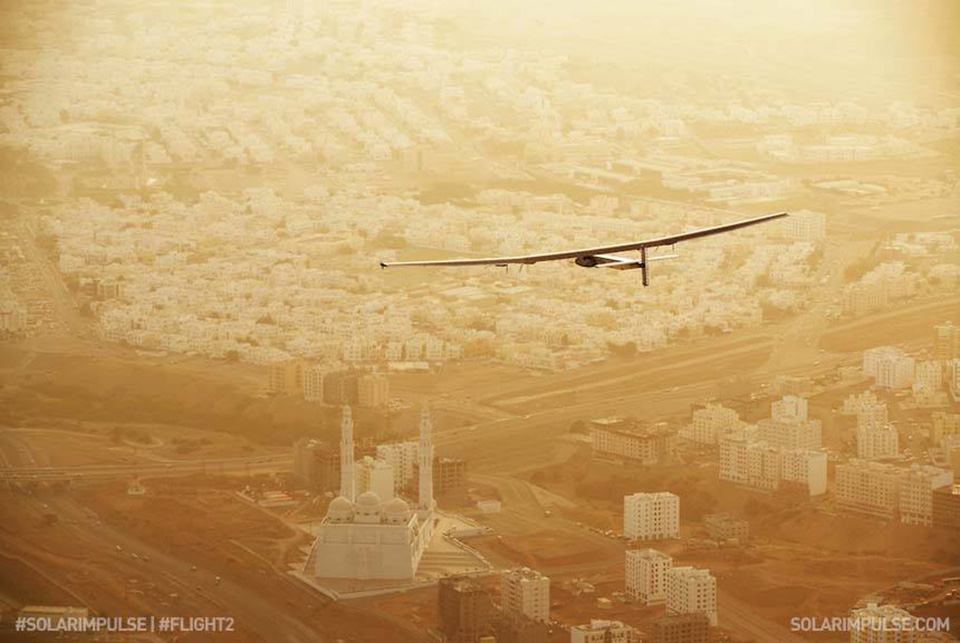 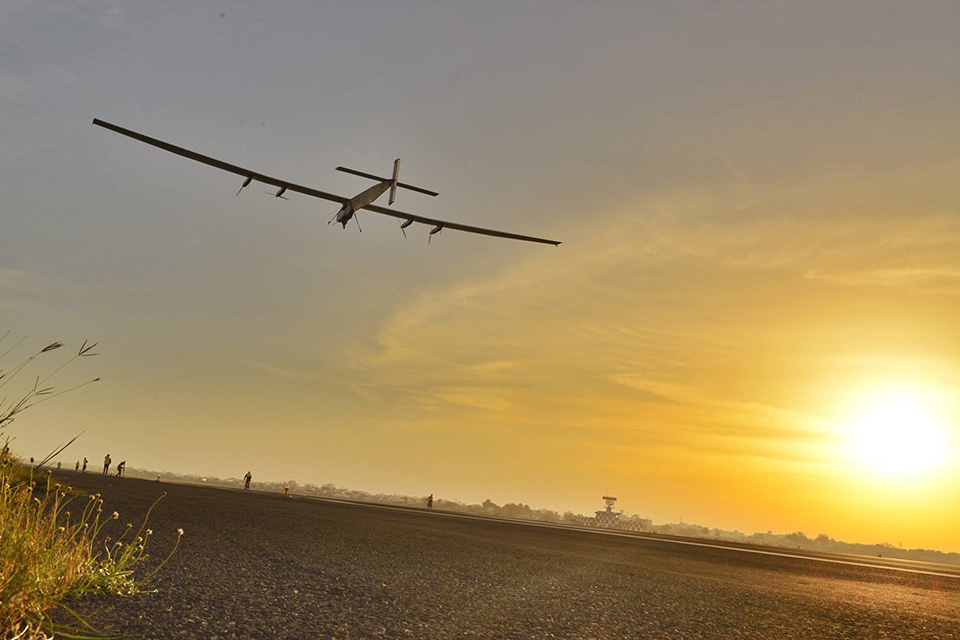 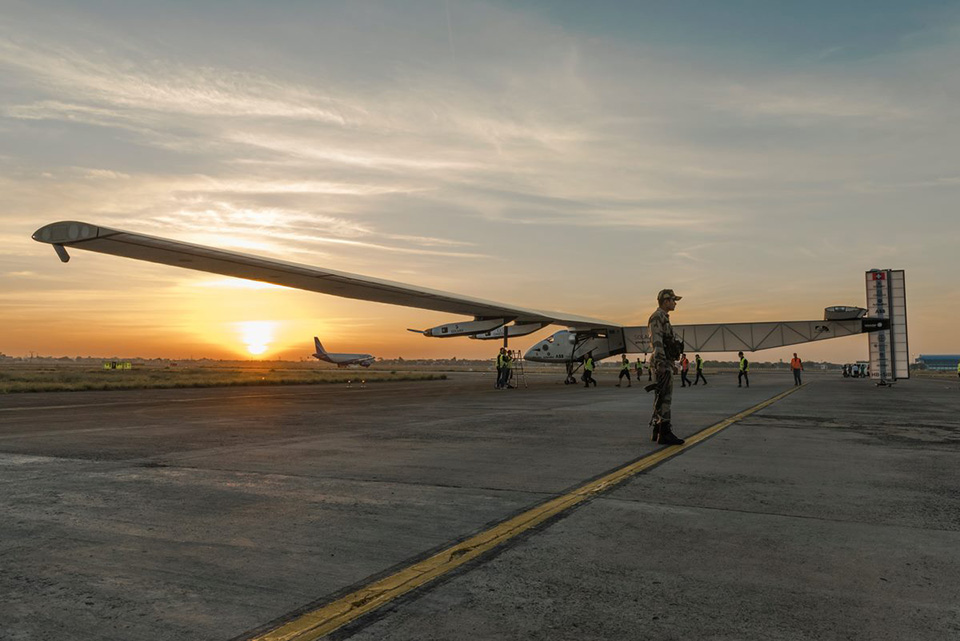 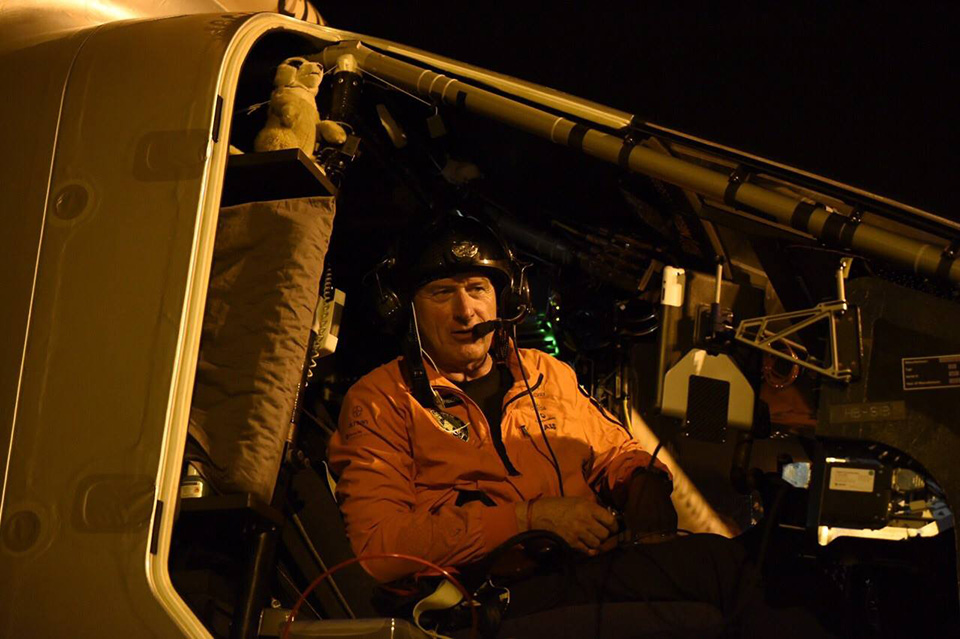 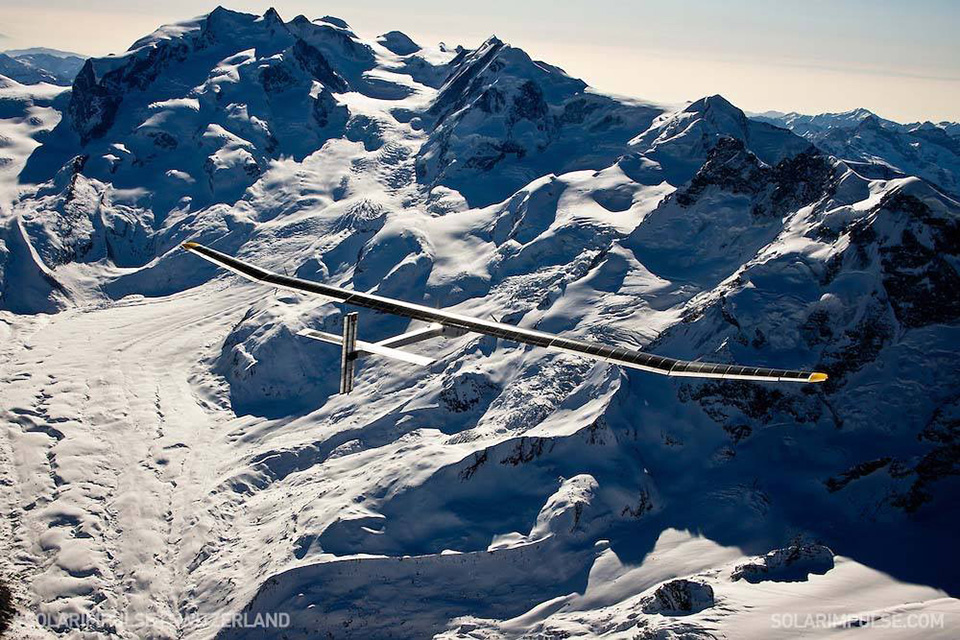 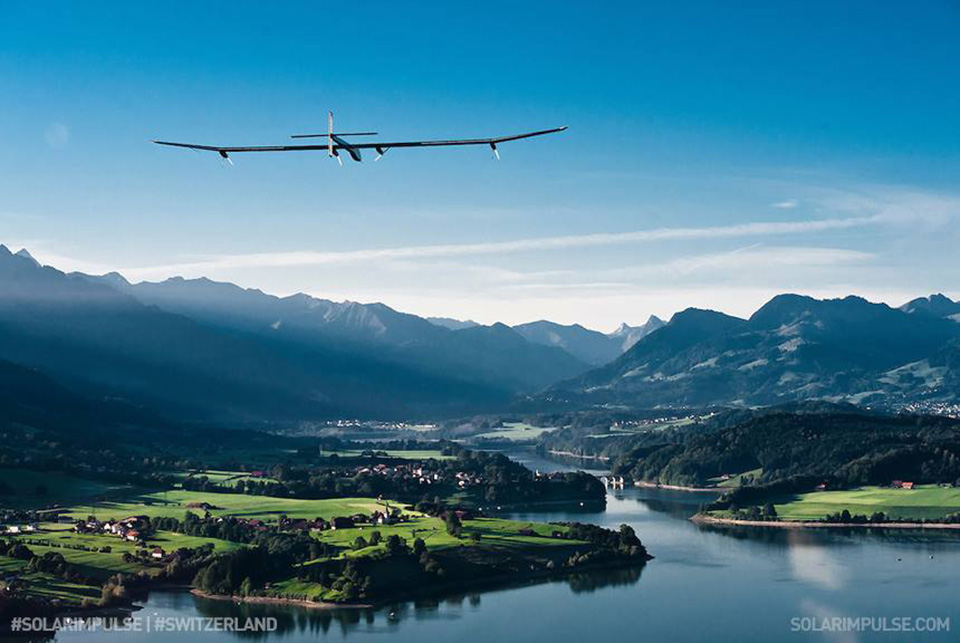 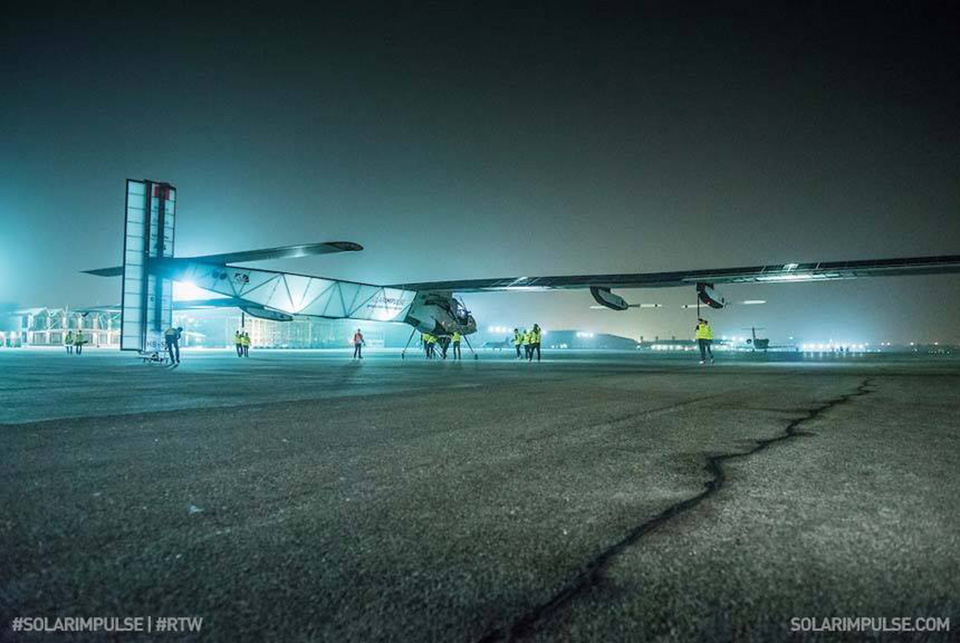 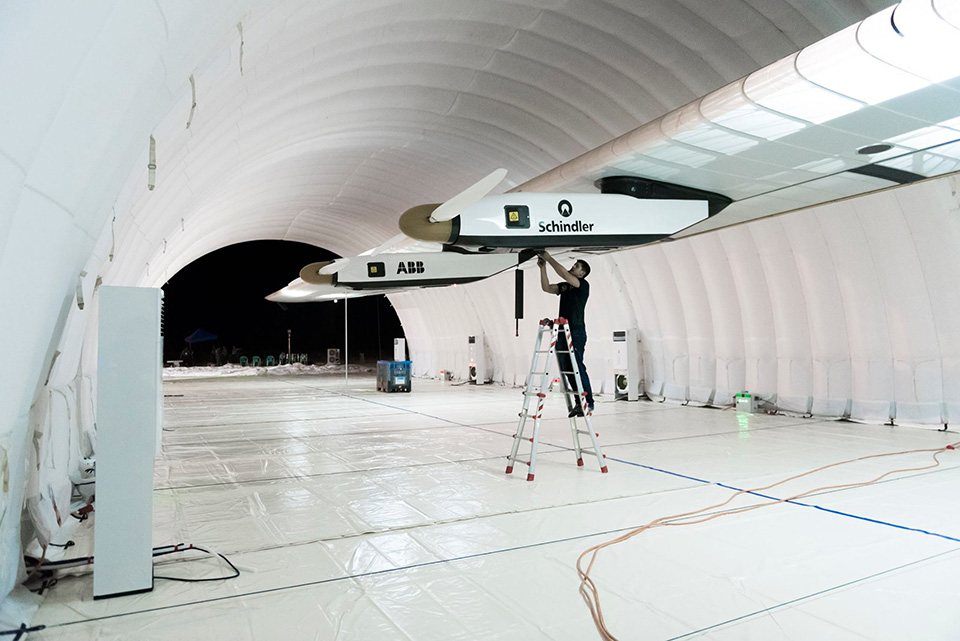 For the second time this decade, the Swiss firm Solar Impulse is attempting to set a solar flight world record by circumnavigating the globe. The Solar Impulse 2 is the second aircraft of its kind, a new solar vehicle that is close to setting a new world record. This week, Solar Impulse 2 will depart from Chongqing, China as it passes the half-way mark for it’s record-setting flight.

We’ve been following the Solar Impulse story on TheCoolist since 2009, when the first solar aircraft prototype was revealed. After an unsuccessful circumnavigation attempt in 2013, the group is back at it with their latest prototype. This one is larger and more efficient than its predecessor, and it is truly a remarkable feat of engineering. 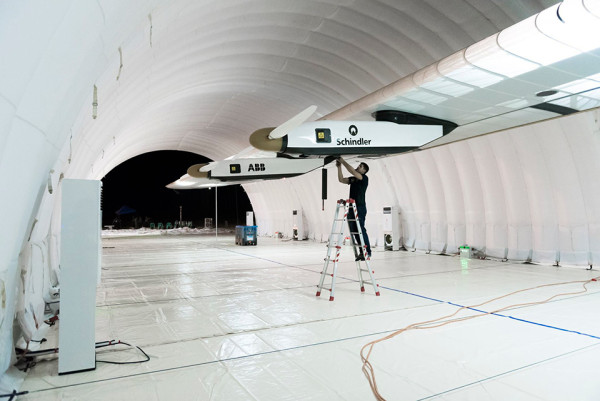 Solar Impulse 2 features a massive wingspan — measuring just a few meters shorter than the Airbus A380, the largest passenger aircraft in the world. But compared to the A380, a 500-ton behemoth, the Solar Impulse 2 weighs in at only 2.3 tons. Its lightweight design allows it to operate on 100% solar power, using an array of photovoltaic solar panels across its span that powers its four 4 electric motors.

The total power of the Solar Impulse 2 is a hair shy of 70 horsepower combined. It takes 17,248 photovoltaic cells plus 164 kWh of lithium-ion batteries to yield just 70-horsepower of pure solar-powered thrust. It is an unparalleled feat of engineering that such a minimal amount of power can push 2.3 tons of aircraft into the sky. It takes off with no help from other power sources, and it aims to set a solar flight record under this kind of power. 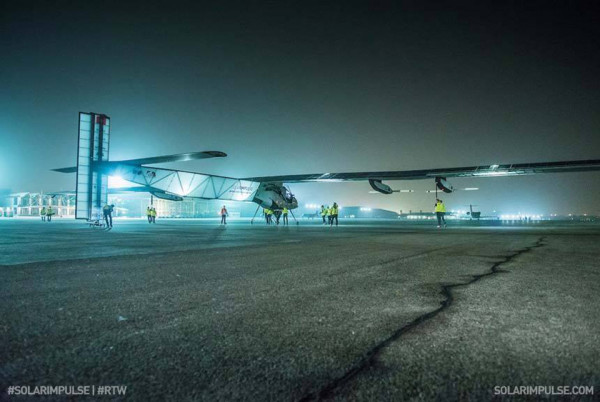 The Solar Impulse 2 has six more stops to make until it sets the solar flight record of true circumnavigation. It will arrive in the United States this month, touching down in Hawaii before making stops in Phoenix, New York and a to-be-decided midwest stopping point. The Solar Impulse team regularly invites press and students to its stops to learn about the group’s message. Keep an eye on the landing dates, and you might have an opportunity to see history unfold before your eyes.

The Solar Impulse 2 is likely to be the first of many advances in solar-powered travel. In a few decades, such an achievement might seem archaic. But today, it is a touchstone for solar travel, a special moment for clean energy technology that will certainly be written into the history books. 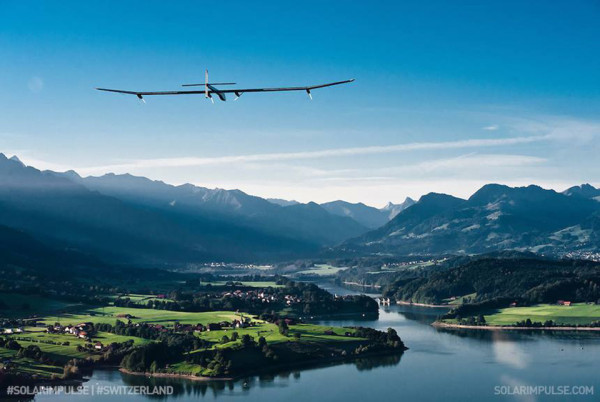