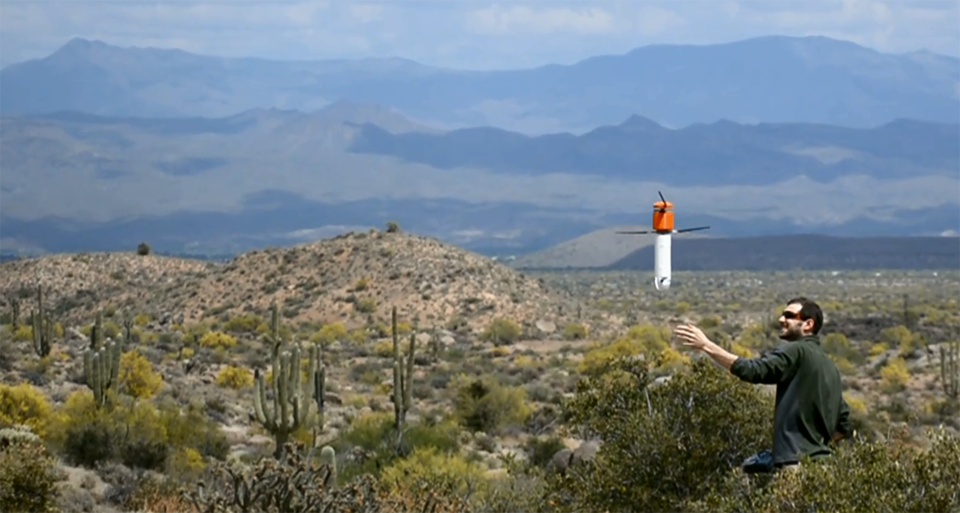 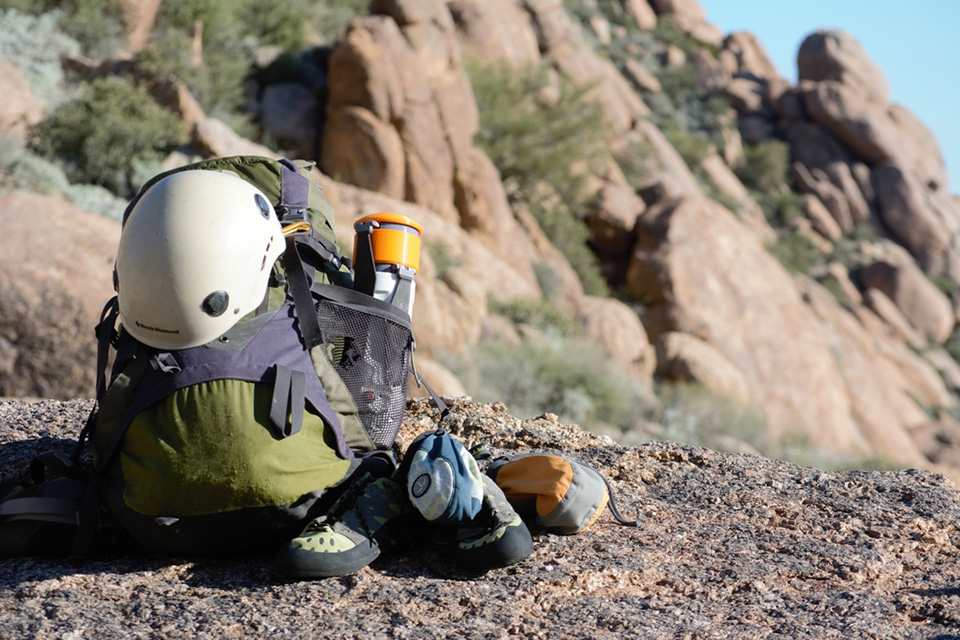 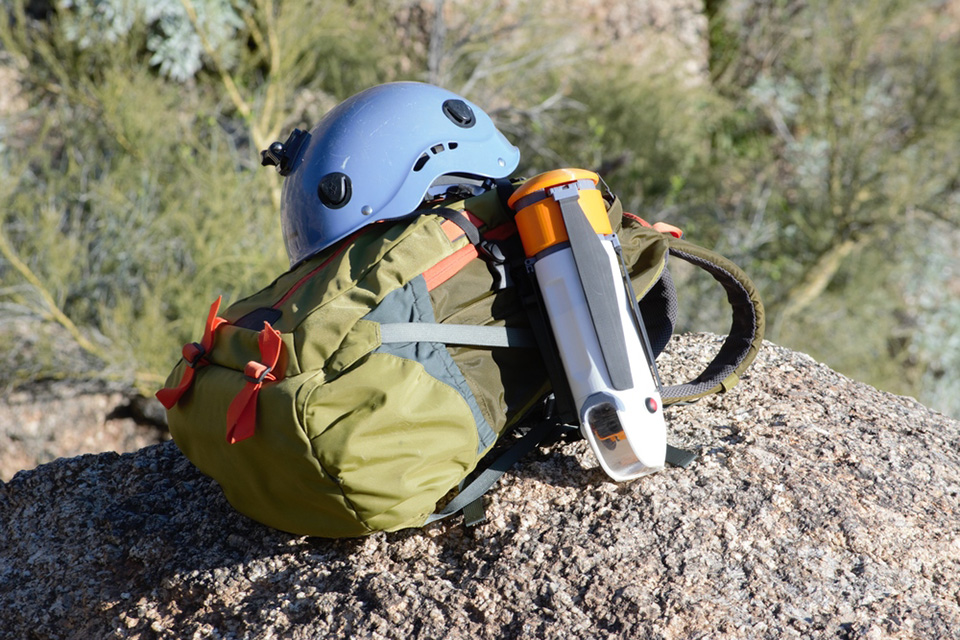 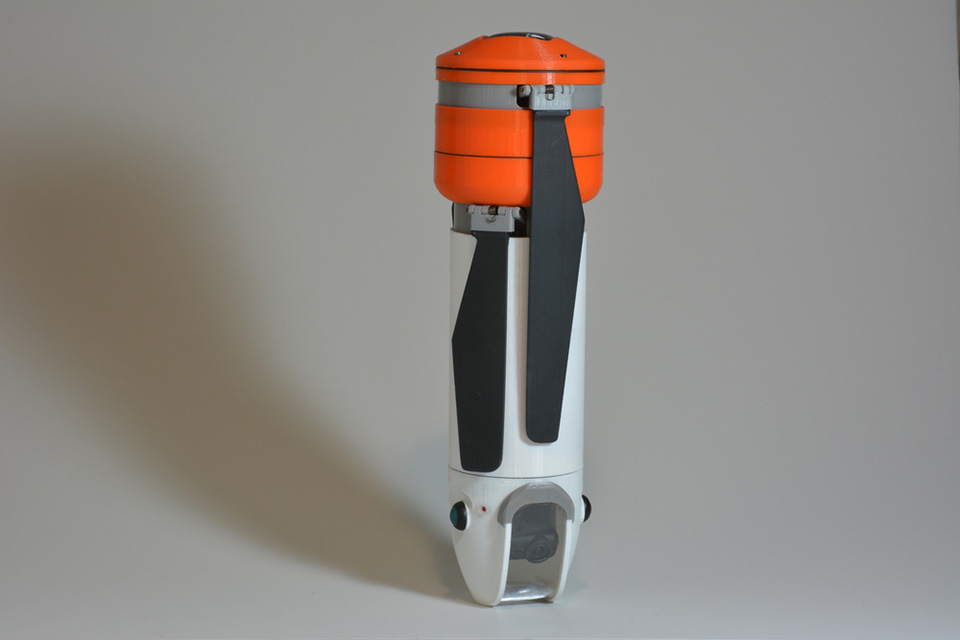 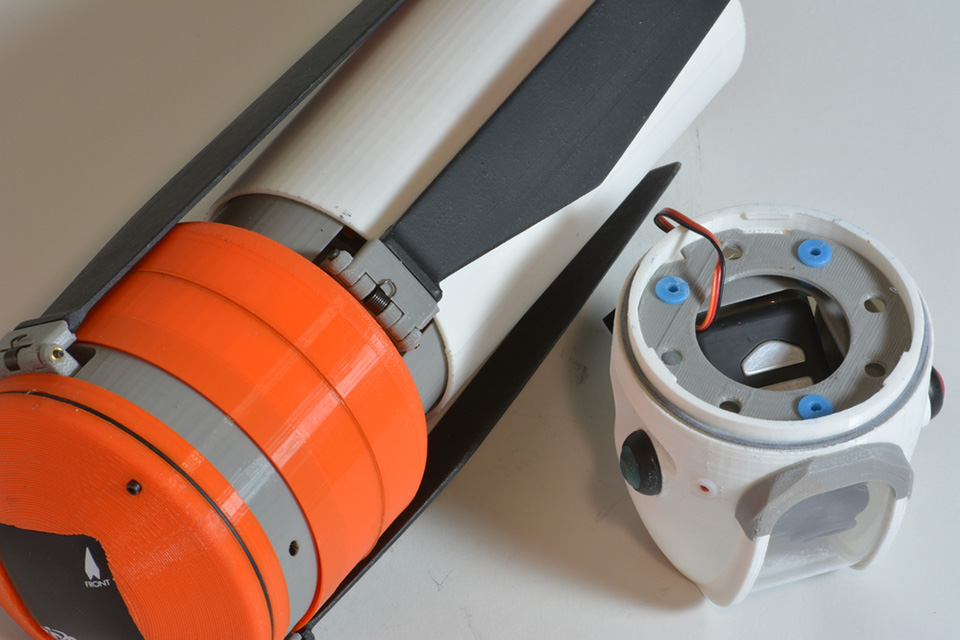 The sky is blue, the grass is green, and commercial video drones have four propellers. Not anymore, says the new Sprite Drone that is currently crowdfunding on Kickstarter. The Sprite Drone uses a new two-prop configuration to reduce size and dispense with the delicacies of modern drones. Sprite is built to be rugged and portable, to handle the rigors of “off-road” uses and to fit in a backpack’s canteen pouch. What it doesn’t do is make any compromises — it still provides HD imaging and GoPro options for aerial videographers.

The Sprite Drone uses a cylinder shape and a pair of horizontally-aligned propellers to take to the skies. Think of it like a dandelion seed — it sports a propeller at the top, a payload at the bottom, floating effortlessly on the wind. Being “effortless” was another virtue that the team built into the Sprite Drone. It can fly fully automated, either following a predetermined flight plan or shadowing its user as they move about. You can control the Sprite Drone with a typical controller, but the value of Sprite is in its automated flight. 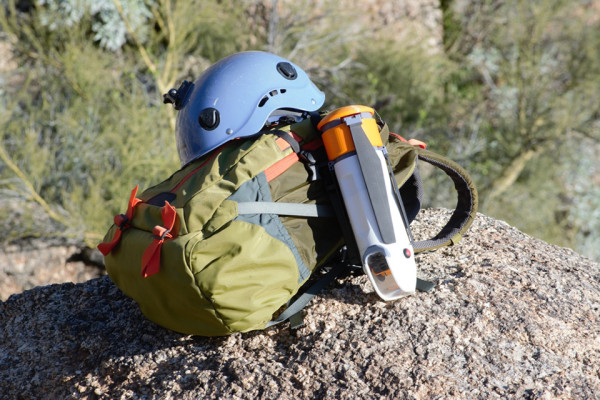 It’s tough to say exactly how much the Sprite Drone will cost once it has been produced for sale. Kickstarter backers can get a Sprite Drone for $700, with delivery expected in late 2015. Chances are consumers will pay a little more for Sprite once it has fulfilled its crowdfunding promises.

Who is the Sprite Drone designed for? It’s built for explorers, backpackers and extreme sports enthusiasts. It can help explore the wilds along with you, taking aerial video and photographs to help you navigate. It can capture video of you and your friends experiencing the world. It is designed to fit into a backpack, not store in a stuffy Halliburton case, making it easy to access wherever you go.

Who is the Sprite Drone not the best option for? Pro photographers and videographers. Sprite named three types of users in their Kickstarter pitch, including “a serious professional photographer”. As a commercial photographer and filmmaker myself, I cannot agree. If a drone can’t carry a DSLR or a full frame mirrorless camera, it’s not built for “serious professional photographers”. The best products offered by DJI and others will work for b-roll video production, but even those have their limits. It’s the camera that causes the problem — GoPros and other action cams suffer from some pretty bad lens distortion and limited focal lengths. That said, I still think the Sprite Drone is an awesome device. It’s huge for anybody that wants to get out, explore and capture some cool video. I’d love to use one myself, I just wouldn’t rely on it to satisfy my commercial clients.

The Sprite Drone is just days away from completing its crowdfunding on Kickstarter. It has already met its goal, and it’s dollars away from exceeding it by 50%. I’m thrilled to see new and creative drone concepts that break the mold a little bit, and I think this is going to be awesome for the adventuring class. Awesome work, Sprite team! 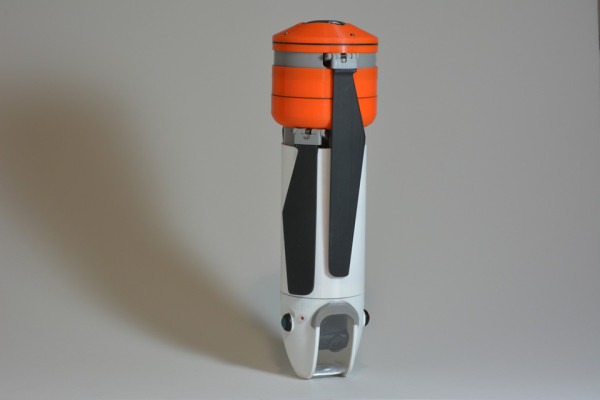