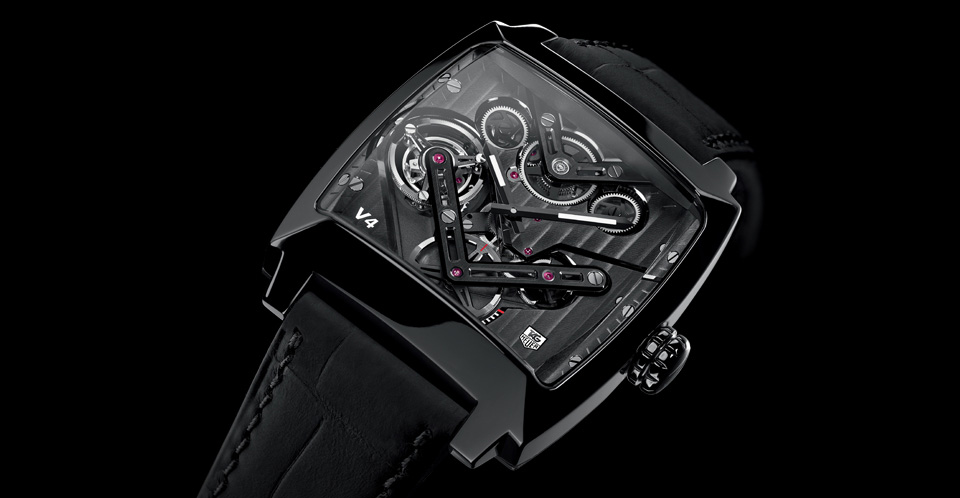 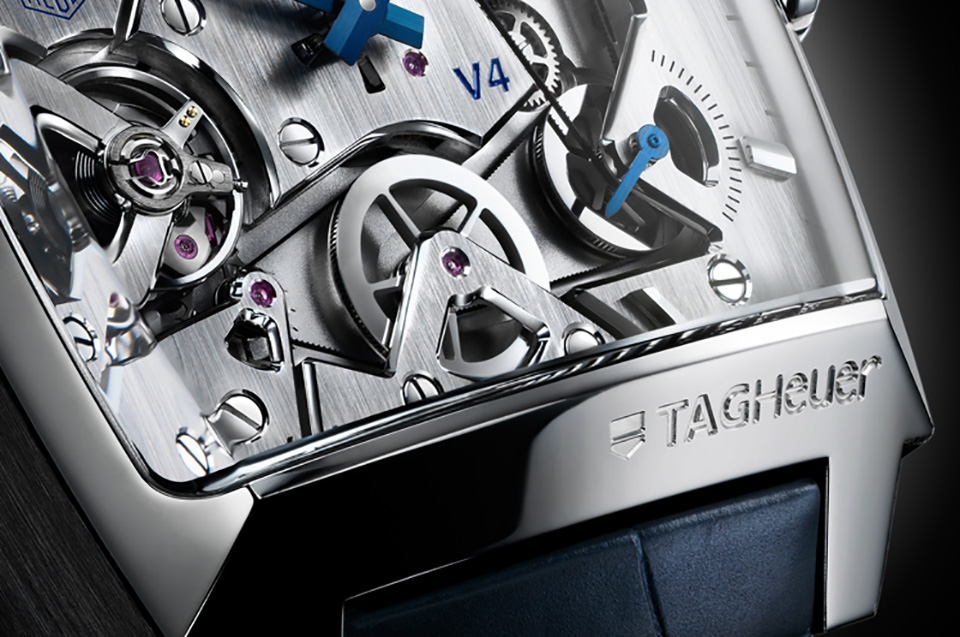 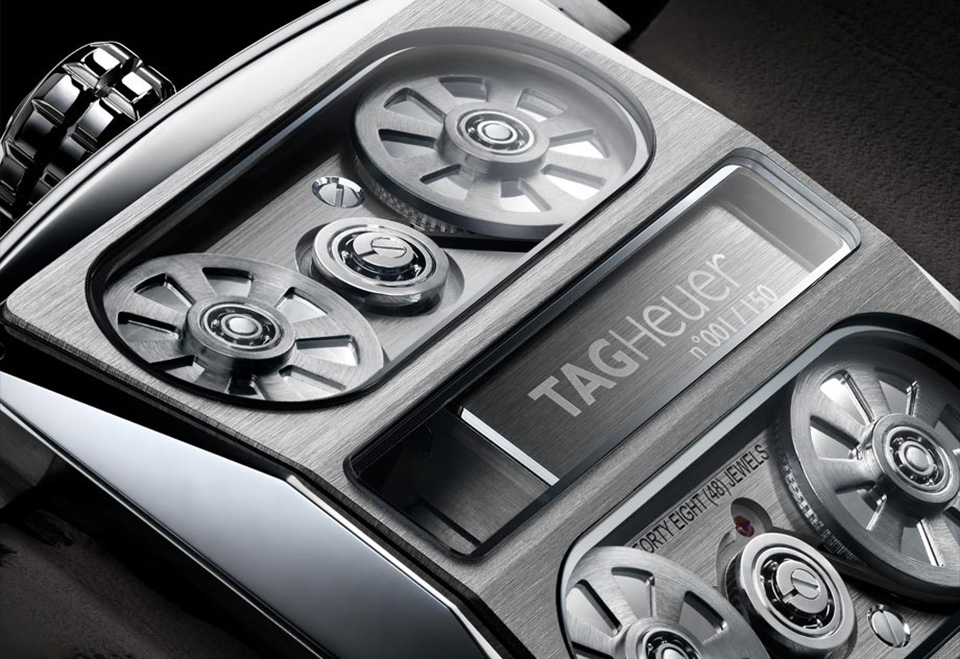 To some, watch-making is magic.  The art of horology involves some of the most complicated micro-engineering disciplines known to man, and this recent work by Tag Heuer is a continuation of centuries of evolution.  The new Tag Heuer Monaco V4 Tourbillon watch introduces the world’s first belt-driven tourbillon, a watch that combines the magic of gravity free movement systems and hair-then belt drive power.  Does it sound as complicated as it looks?  Allow us to elucidate.

The Tag Heuer Monaco V4 Tourbillon is defined right in its name.  It is a Monaco-class watch, inspired by the V4 model that Tag Heuer introduced 10 years ago.  It uses a tourbillon to precisely measure time, and to regulate the movement of its mechanics to display the current moment to its wearer.  A tourbillon uses a balancing wheel that is lifted inside a rotating cage, which prevents gravity from having its impact on the marked measurement of seconds, minutes and hours.  This watch is powered by a wound reserve that drives a series of belts that spin said tourbillon.  Every moment in which this watch moves is a veritable alignment of tiny, hand-crafted stars.  A cosmic divination of modern horology.

More details on this exclusive, ground-breaking timepiece will arrive as this watch continues to make the rounds on the watch industry circuit.  Expect to spend somewhere between an arm and a leg for this little work of art– or at least a wrist. 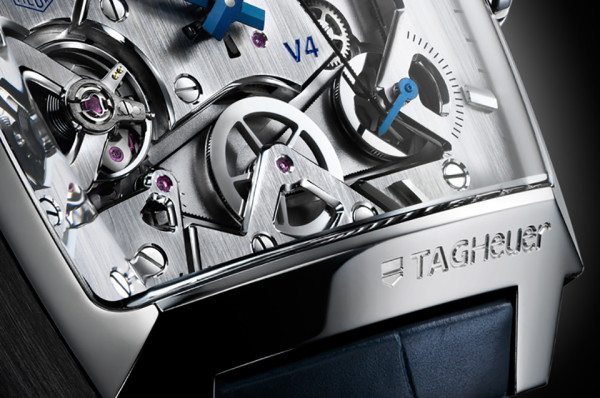 The original Tag Heuer Monaco V4 from 2004, the inspiration of the new tourbillon model