This Dress Becomes Transparent When “Excited”

Feeling… excited? This new haute couture dress becomes transparent when its wearer experiences arousal. It’s called INTIMACY 2.0, and it’s probably one of the most unique articles of clothing I’ve ever seen. I’m still trying to work out whether or not that’s a good thing.

The project comes from Studio Roosegaarde, which bills itself as a “social design lab for interactive art, fashion, and architecture,” is based out of China and the Netherlands. According to Roosegaarde, the garment it’s created is designed to “explore the relationship between intimacy and technology.” Admittedly, both dresses – INTIMACY is available in two separate colors, black and white – are quite lovely, and look more than a little futuristic. The technology might be a little impractical if it’s to be worn in public, though – which, given the website’s suggestion that the technology is “perfect to wear on the red carpet,” seems to be one of its intended purposes.

INTIMACY 2.0 is comprised of leather and opaque smart e-foils, wired with electronics and LEDs. As the wearer’s heartbeat begins to quicken, as a result of “close and personal encounters,” the garment becomes increasingly sheer, until it eventually turns completely transparent. So…what’s to stop the dresses from turning transparent as a result of exercise, fear, anger, or non-sexual excitement? There has to be some other qualifying factor that causes the dresses to turn see-through, right?

Actually…it’s not entirely clear if there is or not. The description of the project is intentionally vague, simply explaining that “social interactions determine the garments’ level of transparency, creating a sensual play of disclosure.”

The truth is that even if the transparency of these dresses aren’t primarily tied to one’s heart-rate, they’re grossly impractical to wear in public. Humans are sexual creatures, after all; what’s to stop the dress from going clear if the wearer sees someone she’s particularly interested in or grows particularly turned on?

The answer to that is simple: nothing.

INTIMACY 2.0 could be a fun (if somewhat expensive) way to add a bit of extra excitement in the bedroom, set to inspire more works of fashion in the future. Unless there exists some means of deactivating its transparency, it’s not the sort of thing you’d want to wear in public. In private, it doesn’t get much more titillating than this. 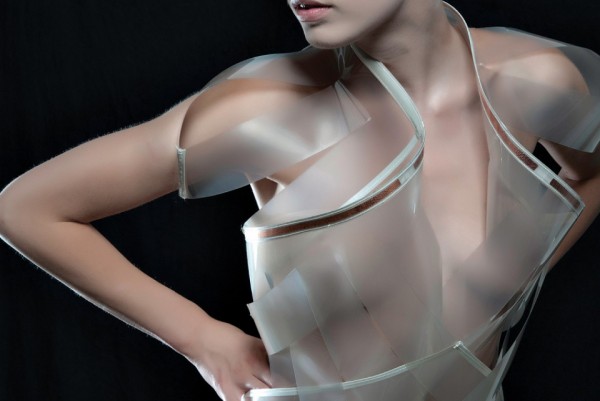 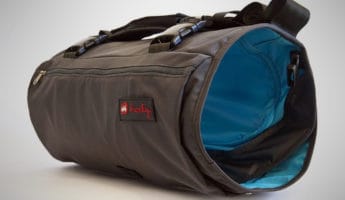 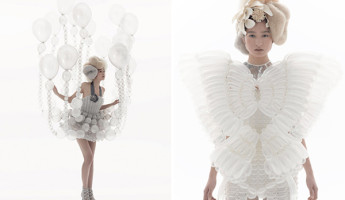 Balloon Dresses by Hosokai and Kawada 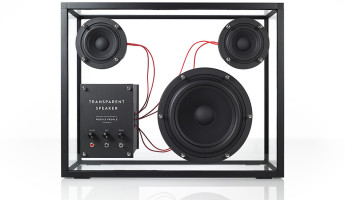