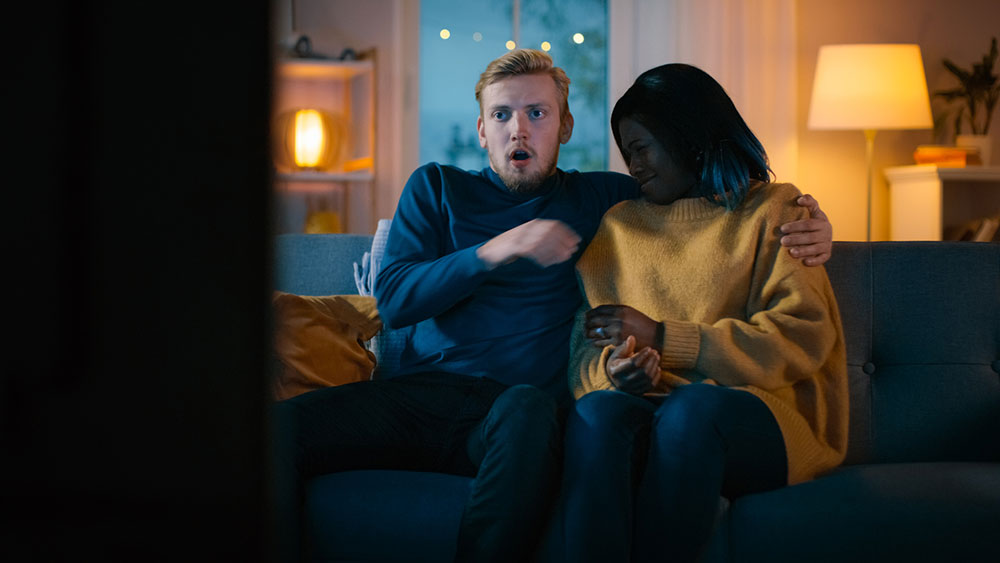 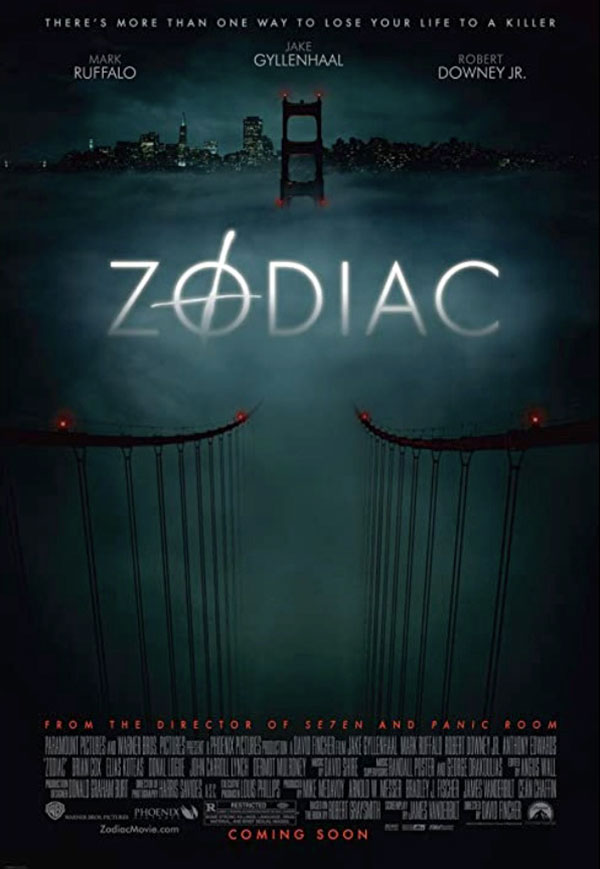 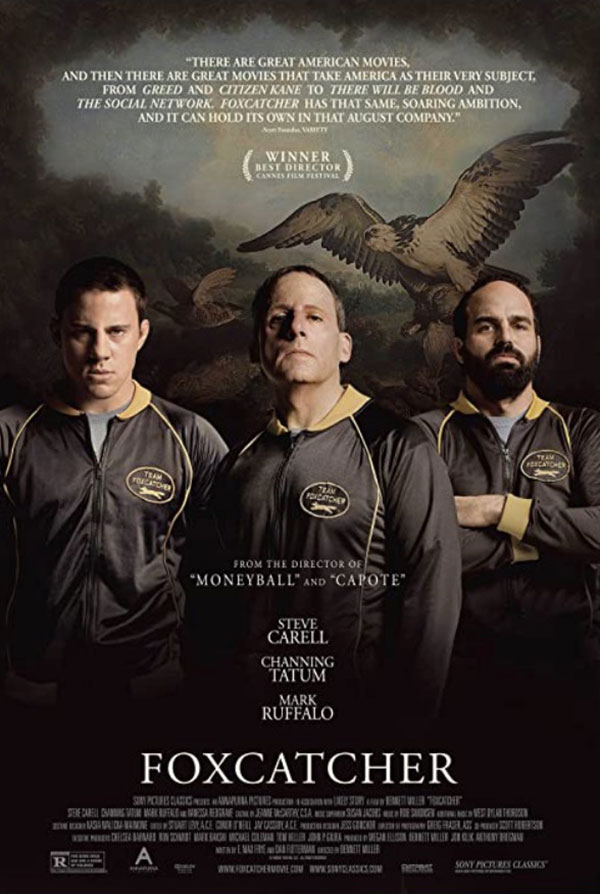 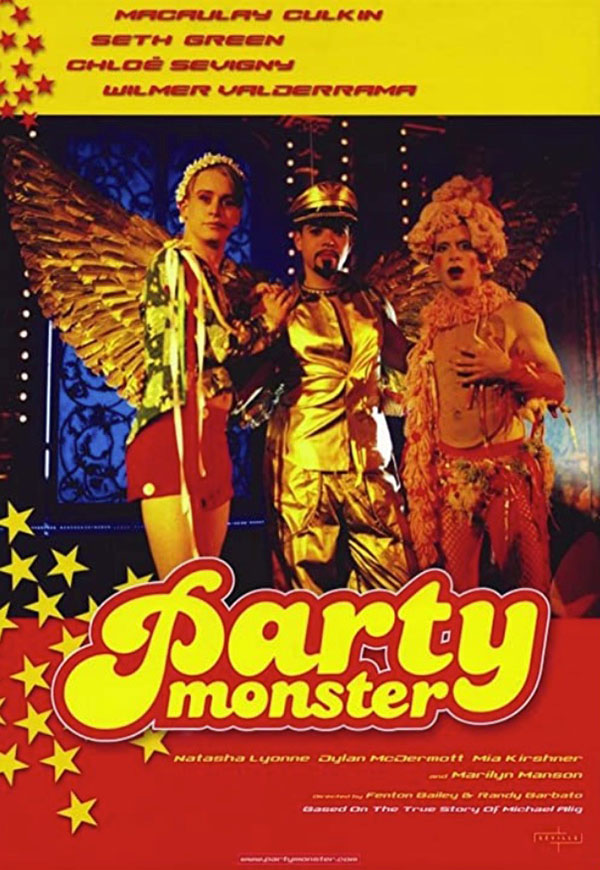 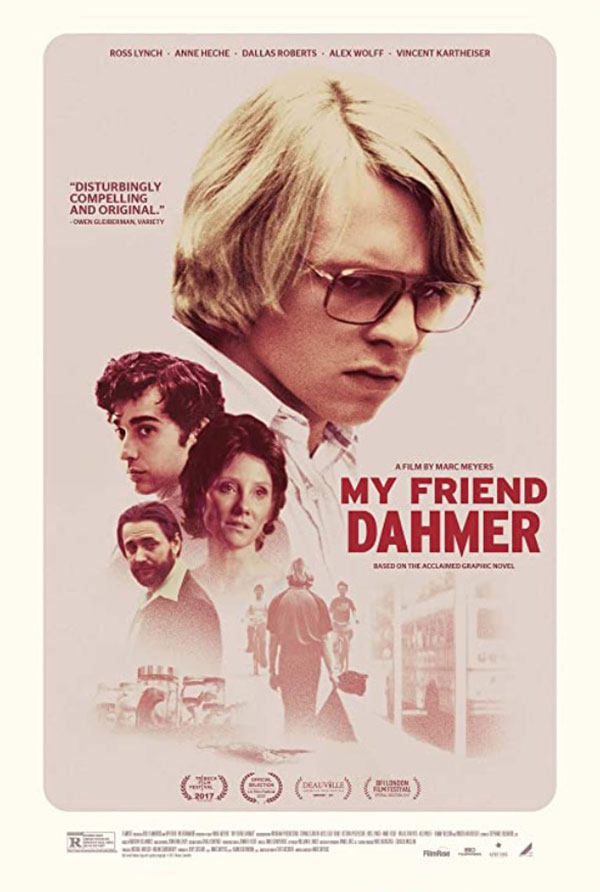 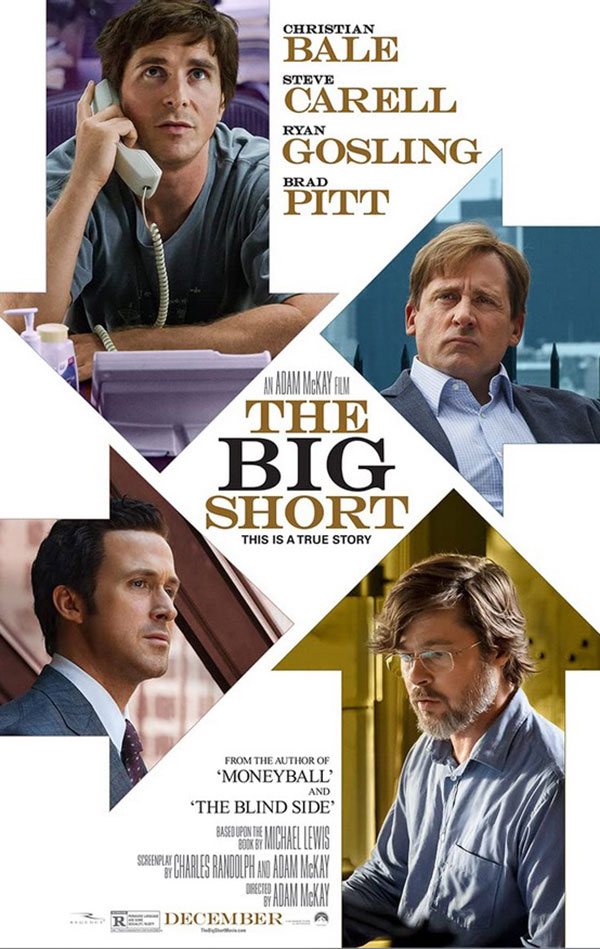 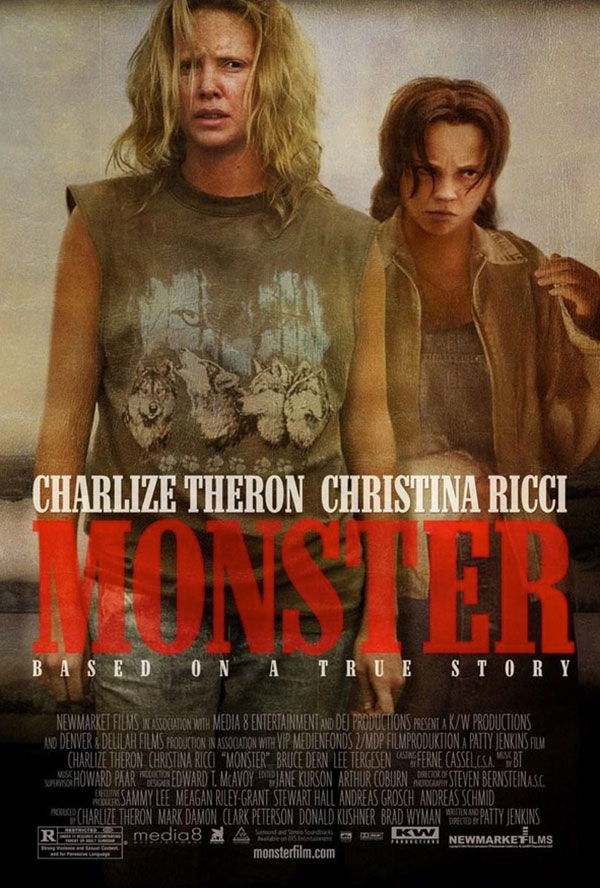 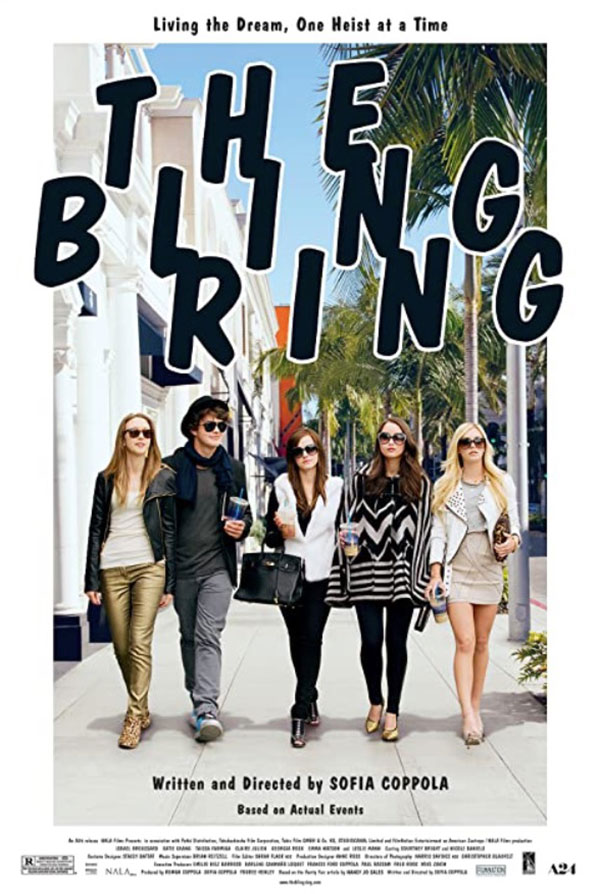 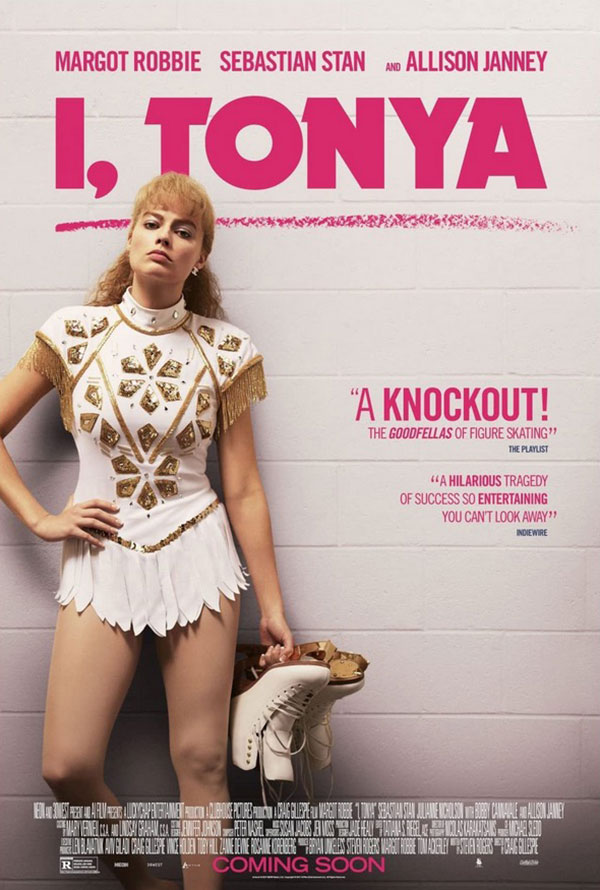 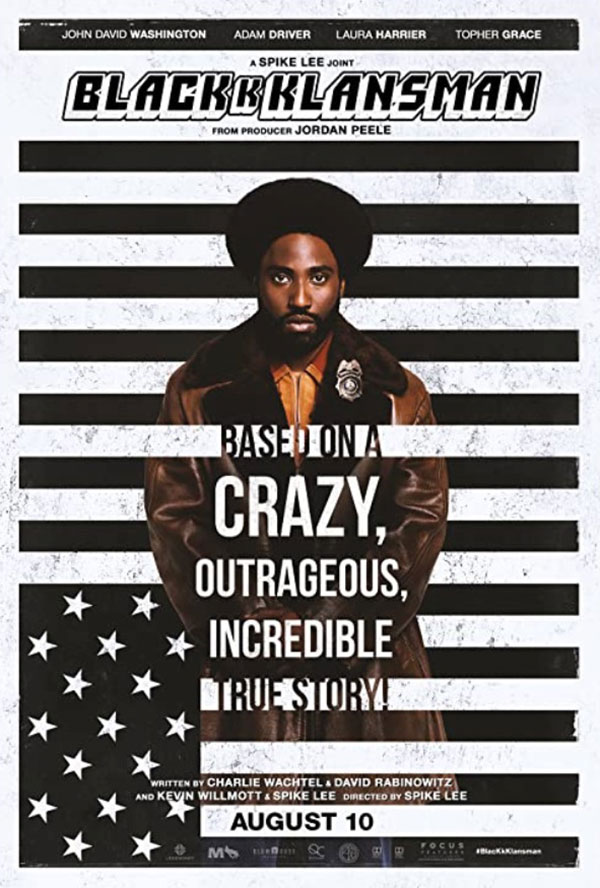 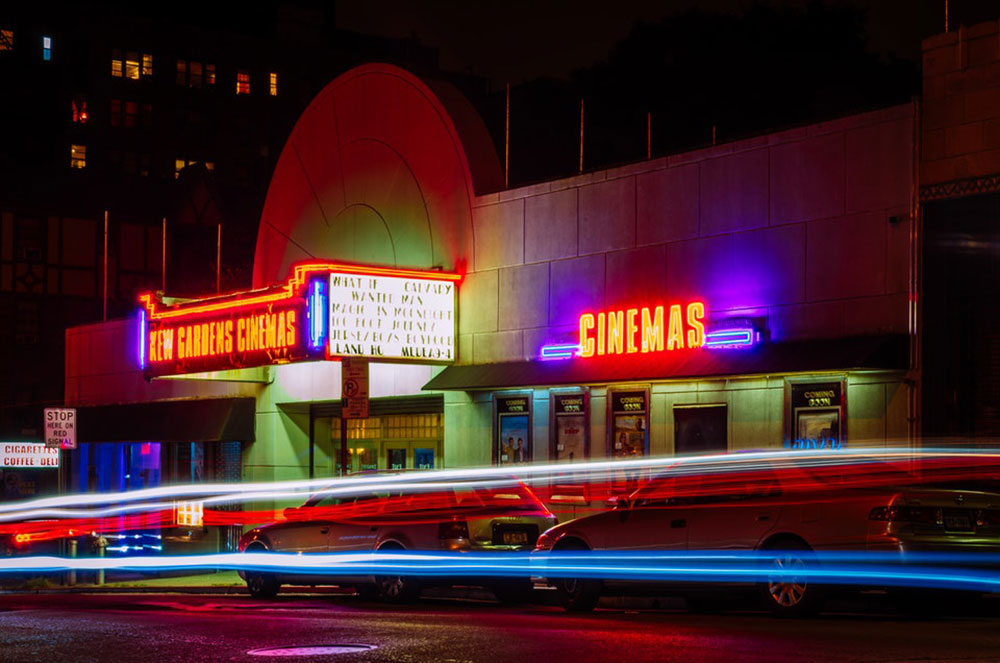 Do you love true crime movies? Are you tired of spending your nights trying to pick out a movie to watch? Then let us help you narrow down your options with 11 best true crime movies – and how to watch.

With true crime taking over every facet of media, you can bet Hollywood has their hands in the mix. But fans are certainly not complaining.

Some of the most compelling retellings of true crime stories come to us through the big screen.

And the resulting movies beautifully showcase talented efforts coming together to bring awareness to horrific crimes.

So, whether you’re a movie buff, or a true crime lover, get ready for your next movie night with 11 best true crime movies – and how to watch them.

By far one of the most notorious serial killer cases is that of the Zodiac. And the case continues to baffle investigators, and true crime enthusiasts to this day.

When the Zodiac killer began his reign of terror on the San Francisco Bay Area, he began to send coded letters to the San Francisco Chronical. And a cartoonist by the name of Robert Graysmith fervently tried to unmask the killer.

After leaving his career as a cartoonist, Graysmith took up writing true crime books on the Zodiac. Which leads us to the 2007 release of Zodiac, a film based on Graysmith’s life and work.

If you find the case to be intriguing then you’ll appreciate David Fincher’s film on the string of murders, and the hunt for the cryptic killer.

One of the greatest contributions to horror, Scream, is actually inspired by true events.

Before Scream came to fruition, a killer stalked the small town of Gainesville, Florida. And he ultimately took the lives of eight co-eds.

But when it came time for the genre redefining movie to come to life, changes were made to the story.

While the inspiration stems from true events, Scream might not come to mind when you initially think of true crime movies. However, the impact it made on society is undeniable.

And you can look forward to even more from the Scream franchise with the 2022 instalment. But in the meantime, you can catch up on the Woodsboro madness with four feature length films, and three seasons of television shows all bearing the Scream title.

Back in 1954, Pauloine Parker and Juliet Hulme met after Juliet moved to Christchurch, New Zealand. As they grow closer, their relationship turns sinister. With it ultimately leading to the murder of Pauline’s own mother.

While the movie itself focuses on the friendship between Pauline, and Juliet, the culmination of their relationship is tragic.

All in all, Heavenly Creatures is one of the best true crime movies and deserves your viewership.

After their Olympic gold medal wins in 1984 for wrestling, Mark and David Schultz catch the eye of John du Pont, heir to the du Pont fortune.

With a fondness for wrestling, and plenty of cash to throw around, he asks the brothers to coach a wrestling team with him. All of which is to take place at his private wrestling training facility called Foxcatcher Farm.

However, once John starts working with Mark and David, their lives become chaotic. With drugs, violence, and jealousy driving John to take David’s life.

Foxcatcher highlights the beginning and end of John’s relationship with the brothers.

Take a trip back to the heyday of club culture with Party Monster. And along with psychedelic bacchanal of sex, drugs, and high couture you can experience the rise and fall of club kid royalty.

For Michael Alig, city life acts as an escape and building block to a better life. He goes from small town nobody to a big city club promoter almost overnight. And of course, none of this would have been possible without the author of Party Monster, James St. James.

So, how did the club kid king go from the top of the club scene, to a prison cell with a murder charge? Well, sex, drugs, and a desperate desire to stay on top.

Following the early life of a sadistic serial killer is never pleasant. Oftentimes, the signs that something is amiss are present early on. And it can be frustrating to know that the crimes were possibly preventable.

This frustration is felt while watching My Friend Dahmer. Focusing on Jeffrey Dahmer’s formative years, viewers can witness the many signs of deviant behavior. From obsessing over dead animals, anti-social behavior, and sexual deviancy.

By using a high school friends graphic novel about the young Dahmer as inspiration, you can get an inside look into the childhood of a maniacal murderer.

Truly, a unique angle among true crime movies. If you desire to learn more about the personal life of a serial killer, check out My Friend Dahmer.

Just because no one goes to jail doesn’t mean crimes haven’t been committed.

Although the 2007-2008 housing crisis has a reputation for being a series of unfortunate banking mishaps, stupidity doesn’t sum up the problem.

Instead, criminal negligence, and bank fraud are to blame for the 2008 recession. And The Big Short goes to clever lengths to explain the atomic level bust of the housing market.

With an impressive cast of Hollywood elite, The Big Short is a fun journey back to a dreadful time.

But the comedy laden movie fails to emphasize just how much these banks are responsible for the recession. Which ultimately sank the US economy. And left many without homes, or jobs.

Regardless of the legal outcome, errors at that level are criminal. But Hollywood does a fantastic job of making an economic crisis one of the best true crime movies.

With multiple awards and even more nominations, Monster remains one of the best true crime movies ever made.

Charlize Theron is unrecognizable as Aileen Wuornos, a prostitute that murders her clients.

But Aileen’s case will cause you a certain level of mental anguish. And not just because of her crimes. Instead, the movie introduces you to Aileen’s turbulent life.

What the movie focuses on is Aileen’s romantic relationship with Christina Ricci’s character, Selby Wall. Who is loosely based on Aileen’s real-life partner, Tyria Moore. And the sexual assault that drove Aileen to murder.

But regardless of her past, the reality is that 7 people lost their lives at the hands of Aileen Wuornos. Truly tragic no matter what way you look at the case.

So, what is the driving force behind these crimes? Well, boredom. And the perpetrators expect to get away with it.

In fact, it’s likely they could have gotten away with their crimes if they only quit while they were ahead. But their cockiness got the best of them. With a final count that includes Paris Hilton, Lindsay Lohan, Orlando Bloom, Audrina Patridge, Rachel Bilson, and Megan Fox. The crew even had plans to burglarize more homes.

With so much attention on the case, Sophia Coppola uses her artistic talents to direct a slightly fictitious movie about the robberies.

Looking for some other quirky heist films? Check out our list of Wes Anderson movies.

While the Olympics are always a big deal, the winter Olympics in the 90s got unprecedented attention. But not because of the sports.

Instead, all eyes are on Tonya Harding, and Nancy Kerrigan – two of the best figure skaters at the time. And although their talents are impressive, no one is watching for their skills anymore. Because a once professional rivalry turns violent.

For I, Tonya, Margo Robbie delivers a stellar performance as Tonya Harding. Which is honestly reason enough to watch the film.

However, the mockumentary style filming, and impressive acting, makes this one of the best true crime movies in recent years.

If you enjoy dark comedy, and have a fascination for true crime, then I, Tonya is a perfect addition to movie night.

After becoming the first black officer at the Colorado Springs Police Department, Ron Stallworth sets out to prove himself worthy. Due to casual racism thrown his way, he works towards moving up in the force, and becomes an undercover cop.

When his assignment is to attend a local civil rights rally, he has a run in with a racist officer. Ultimately sparking a fire inside him. So, when Stallworth reads about a local division of the Ku Klux Klan, he comes up with a plan to infiltrate the chapter.

Originally, he poses as an extremist white man on the phone. But soon he has to employ the help of his friend in order to meet the chapter in person. As Stallworth continues his investigation and exposure of the KKK members, it literally blows up in their faces.

BlacKkKlansman is an award winning theatrical account of Stallworth’s experiences. Of course, as with many true crime movies, Hollywood has taken some creative freedoms. But between the unbelievable story, the superb acting, and the directorial genius of Spike Lee, BlacKkKlansman is an exhilarating film.

What Are True Crime Movies?

What differentiates true crime movies from documentaries isn’t a lack of factual inspiration. But instead, the way the facts, or stories, are presented to viewers.

And the resulting movies are often comical, or romanticized. When the reality is anything but.

Because true crime can be depressing, true crime movies often spice up the plot. Maybe they add romance, or dramatize events. Lets face it, a romanticized version when you’re in a dark theater with surround sound blaring if far less jarring than the real deal.

Having a movie version gives viewers a break from the reality of the situations at hand. And for true crime, that can be necessary at times. Plus, your brain might need that disconnect.

But once you see a true crime movie you enjoy, it’s difficult to keep yourself from googling the case. So, if you want more information and less fluff, then check out some true crime documentaries instead.

Just remember to come up for air! Because it’s easy to get lost in the true crime genre.

Alternatively, if you need a break but don’t want to stray too far from the criminal underworld, try these classic gangster movies.

So are we. And now that you have a list of true crime movies, your next movie night will be a scream.

So, what are you planning on watching next?

Leave us a comment below. And don’t forget to pass the popcorn.