If you see this beast in your rear-view, your first impulse will be to pull over and get out of the way. The 2015 Polaris Slingshot is a street-legal three-wheeler built right here in the USA, designed for a driver and a passenger for open air cruising.  It’s striking to the eye, fast underfoot and surprisingly affordable for those in need of driving enjoyment.

The design of the 2015 Polaris Slingshot is outrageous. To passers by, the Slingshot looks more like a transformer than a typical vehicle, featuring hard angles, sharp body panels and exposed framework.  It is built around a two-seat open cockpit, allowing a driver and a passenger to sit comfortably in fair weather situations. In most states, helmets will be required– the Polaris Slingshot is classified as a motorcycle, so proper licensing and safety gear will be mandated by law.

At face value, the powertrain in the 2015 Polaris Slingshot might seem underwhelming.  In execution, it’s a staggering amount of muscle.  It is powered by a 176-horsepower 2.4L EcoTec engine, providing a crazy power-to-weight ratio given the Slingshot’s lightweight 1,700 pound standing weight.  While the performance specs have yet to be revealed, it’s rumored to break 60mph in the upper four-second range with a top speed of 130 mph.

The best part of the new 2015 Polaris Slingshot is just how accessible it will be. It is priced at $19,999 for the base model (in black), making it one of the most powerful two-seat vehicles available for under $20k.  When it arrives, it’ll be fully street legal, provided the driver has a motorcycle license.  Sure, it may not be the right vehicle for picking up groceries or dropping off the kids at soccer practice, but it’s built for one thing only– driving enjoyment.  Groceries and soccer practice can wait. [polaris] 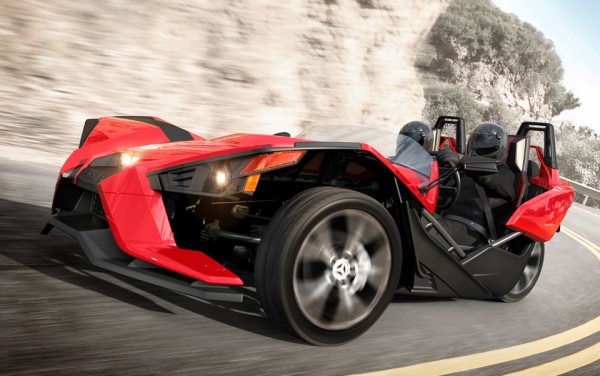 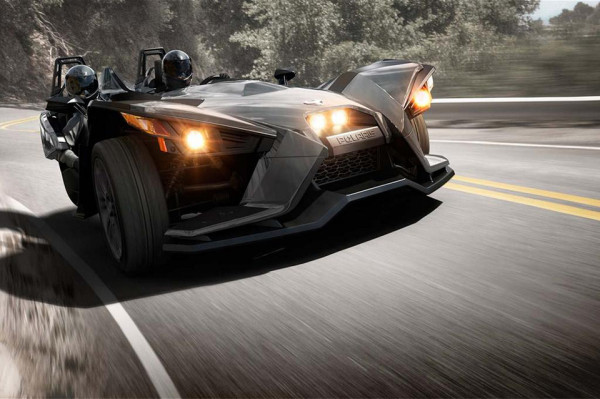 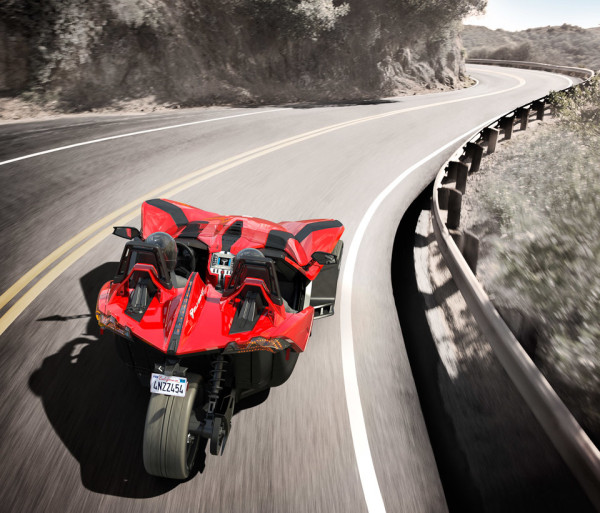 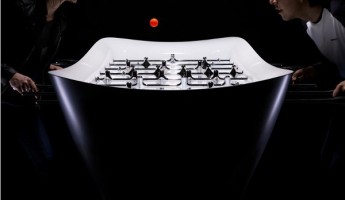 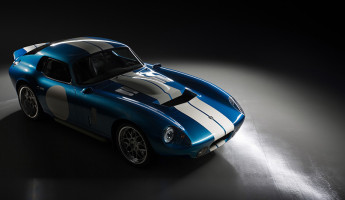