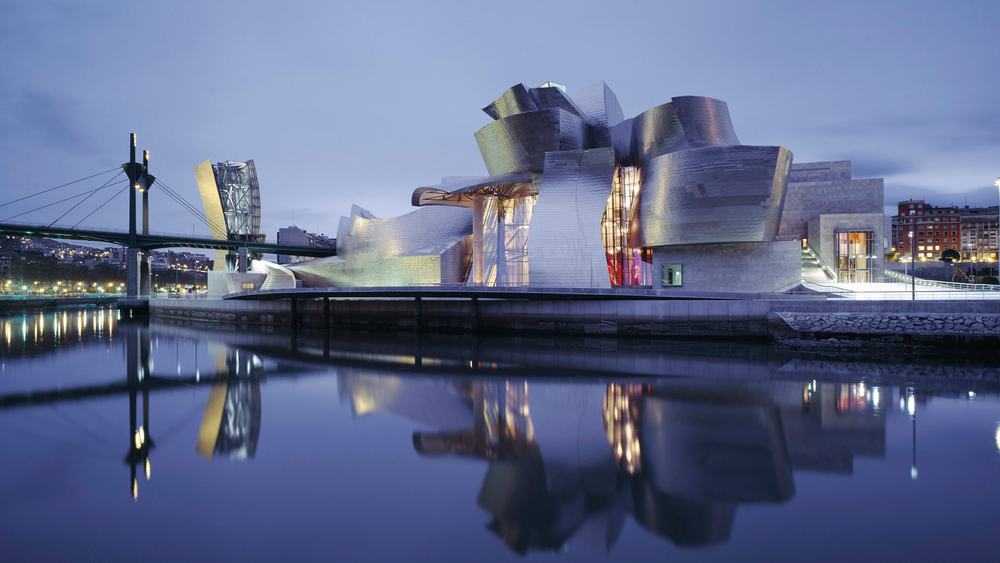 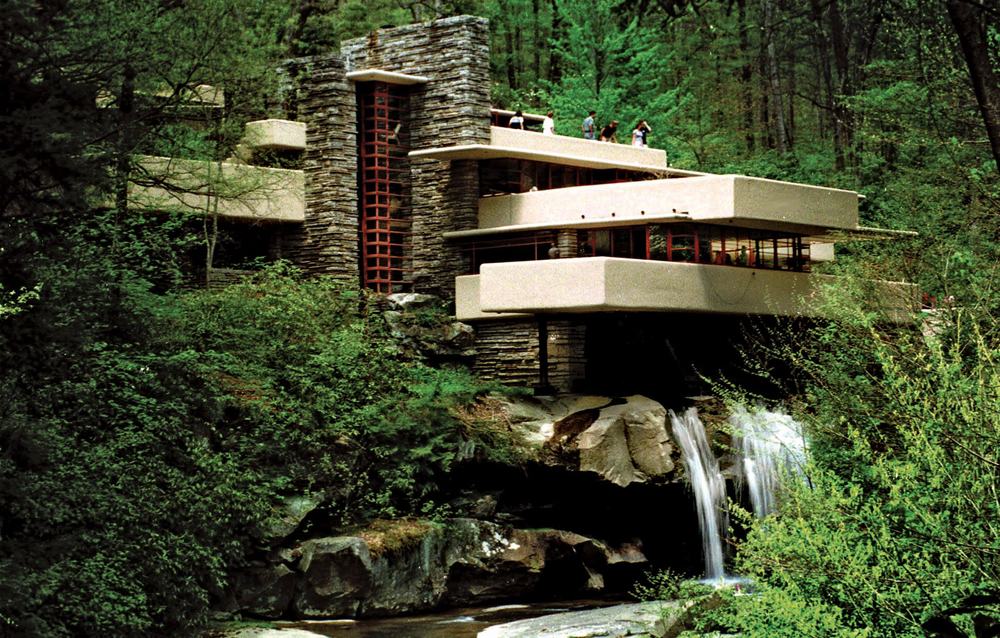 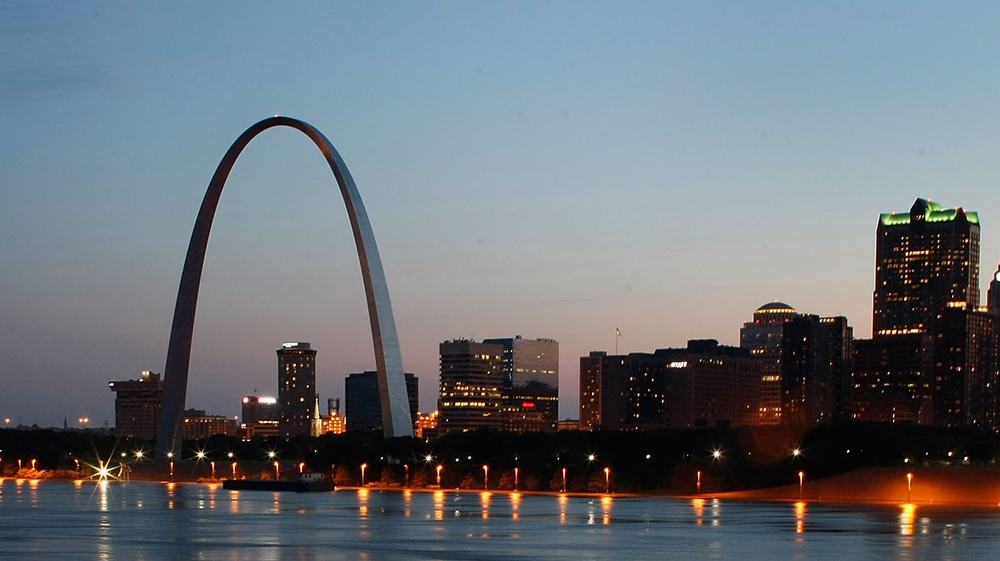 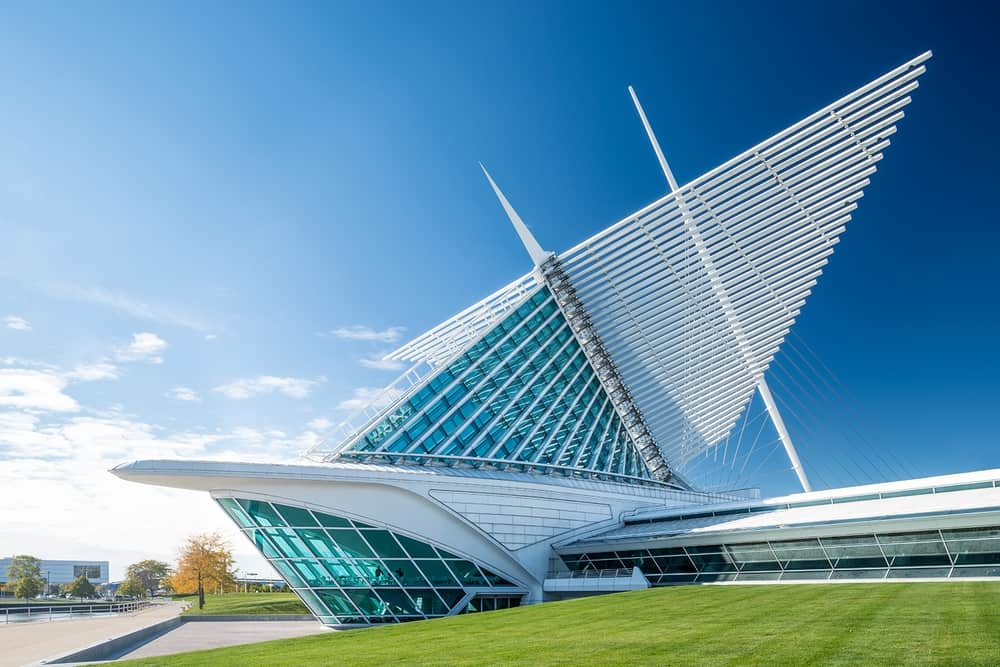 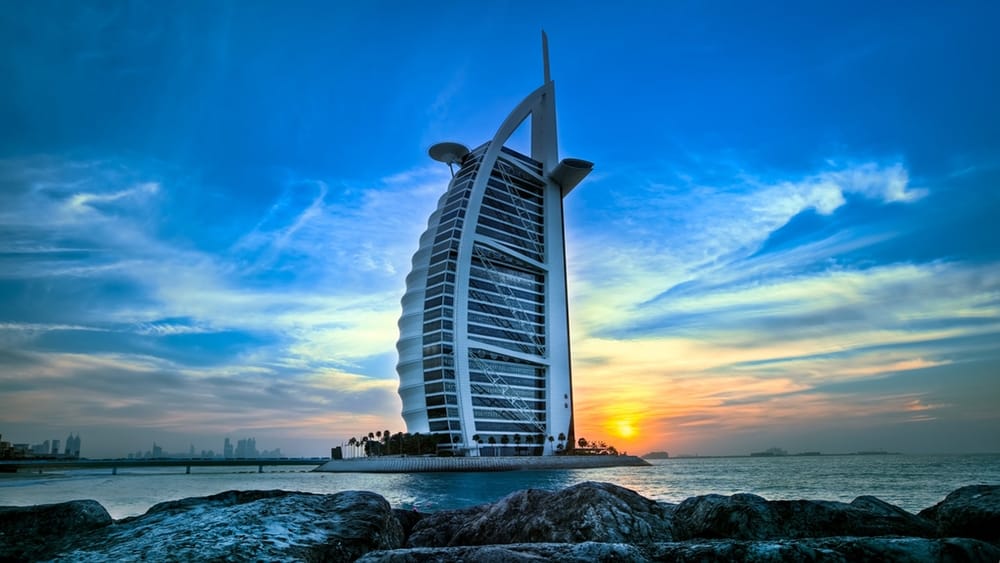 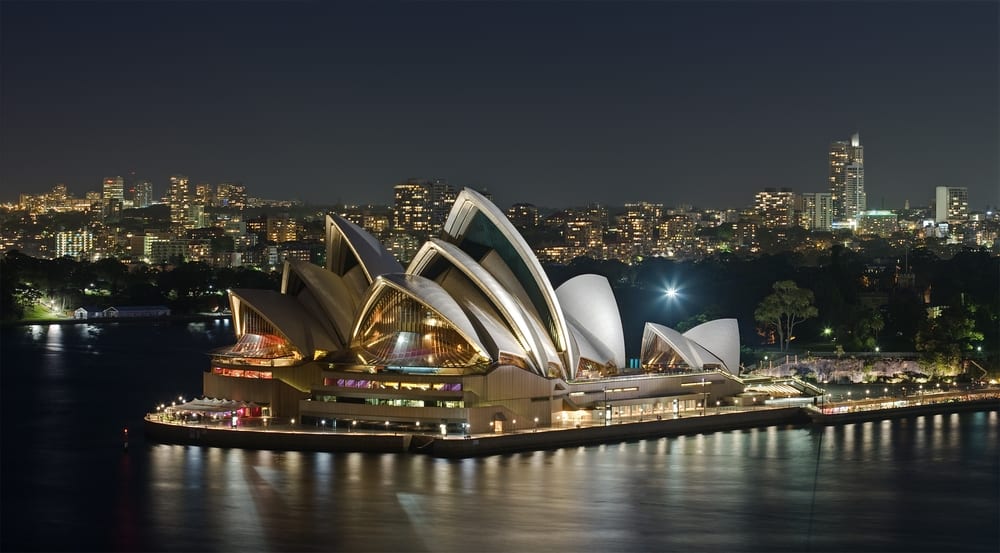 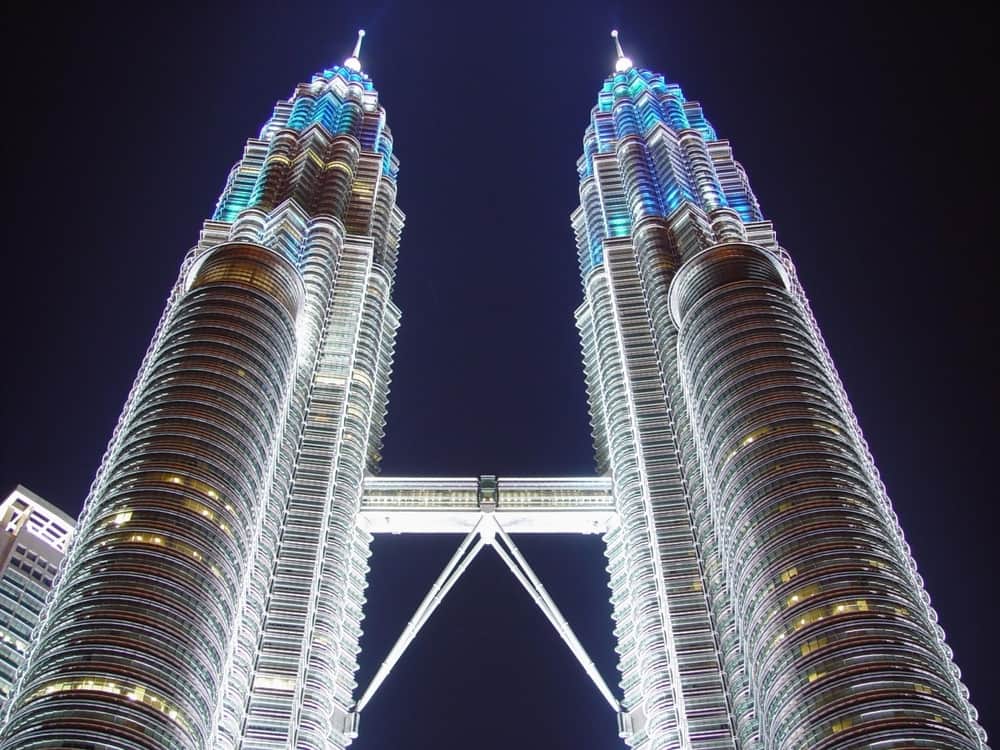 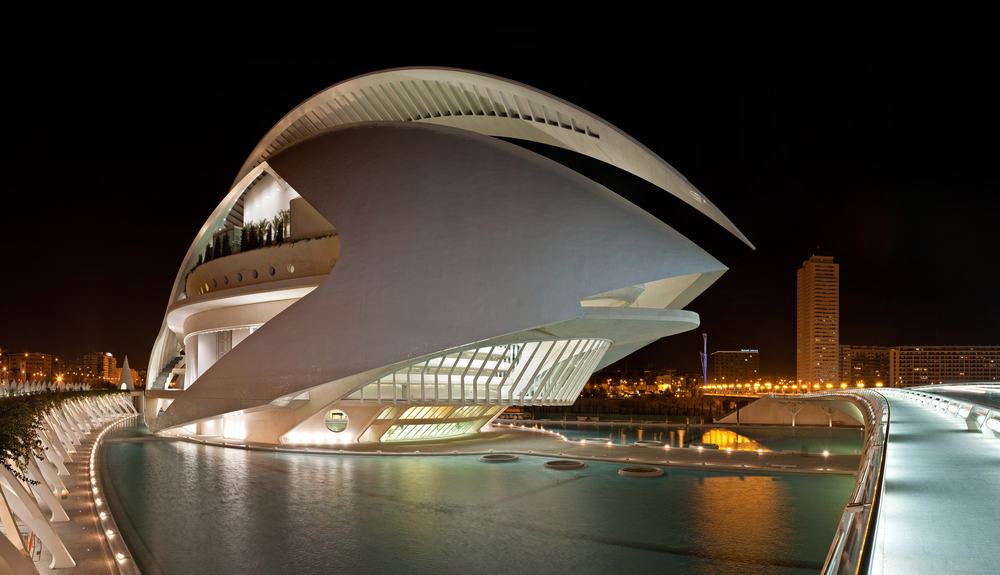 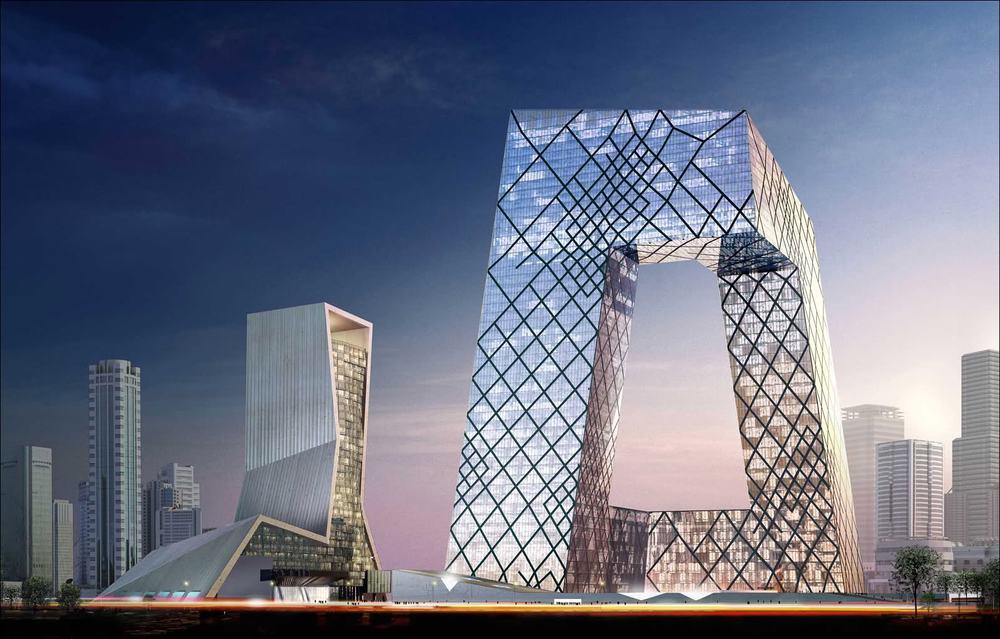 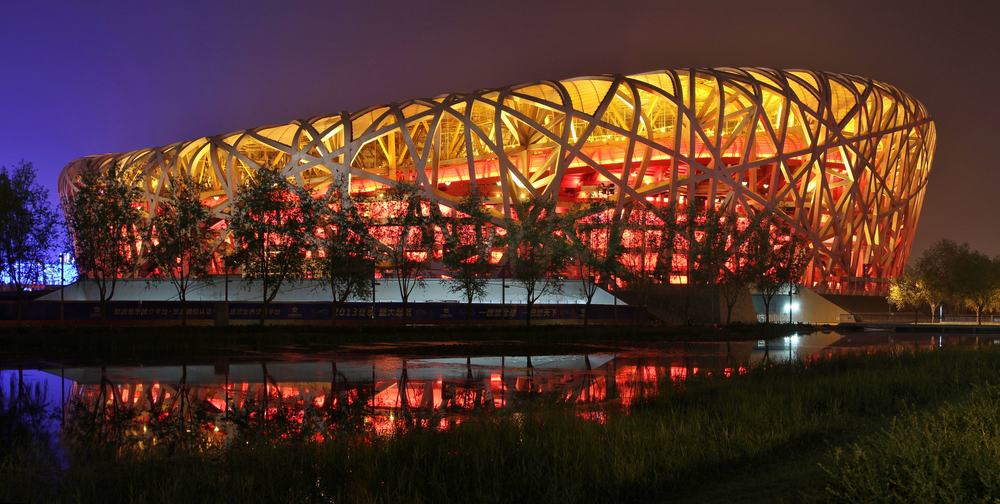 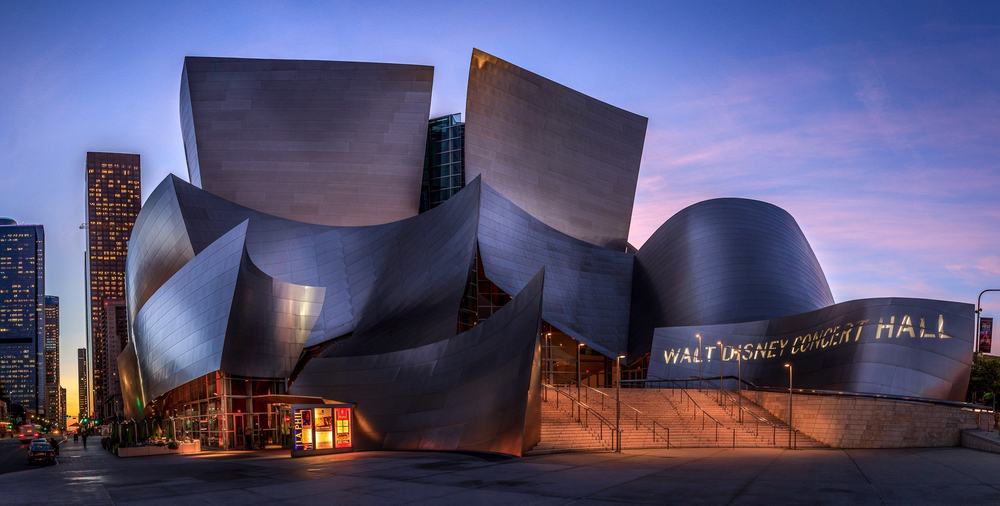 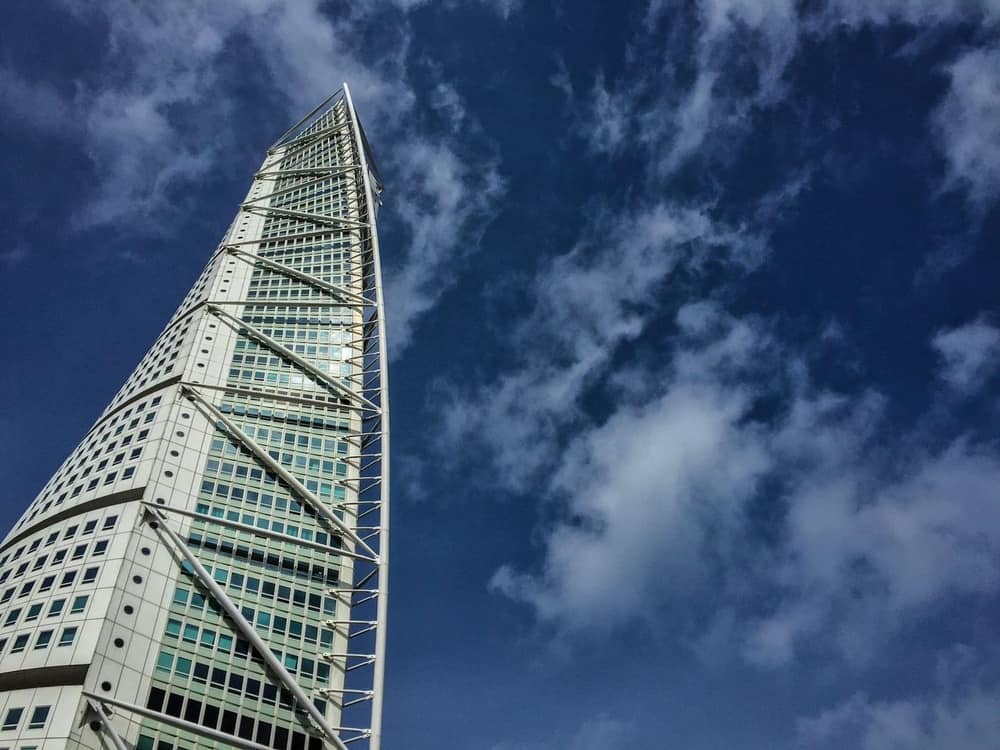 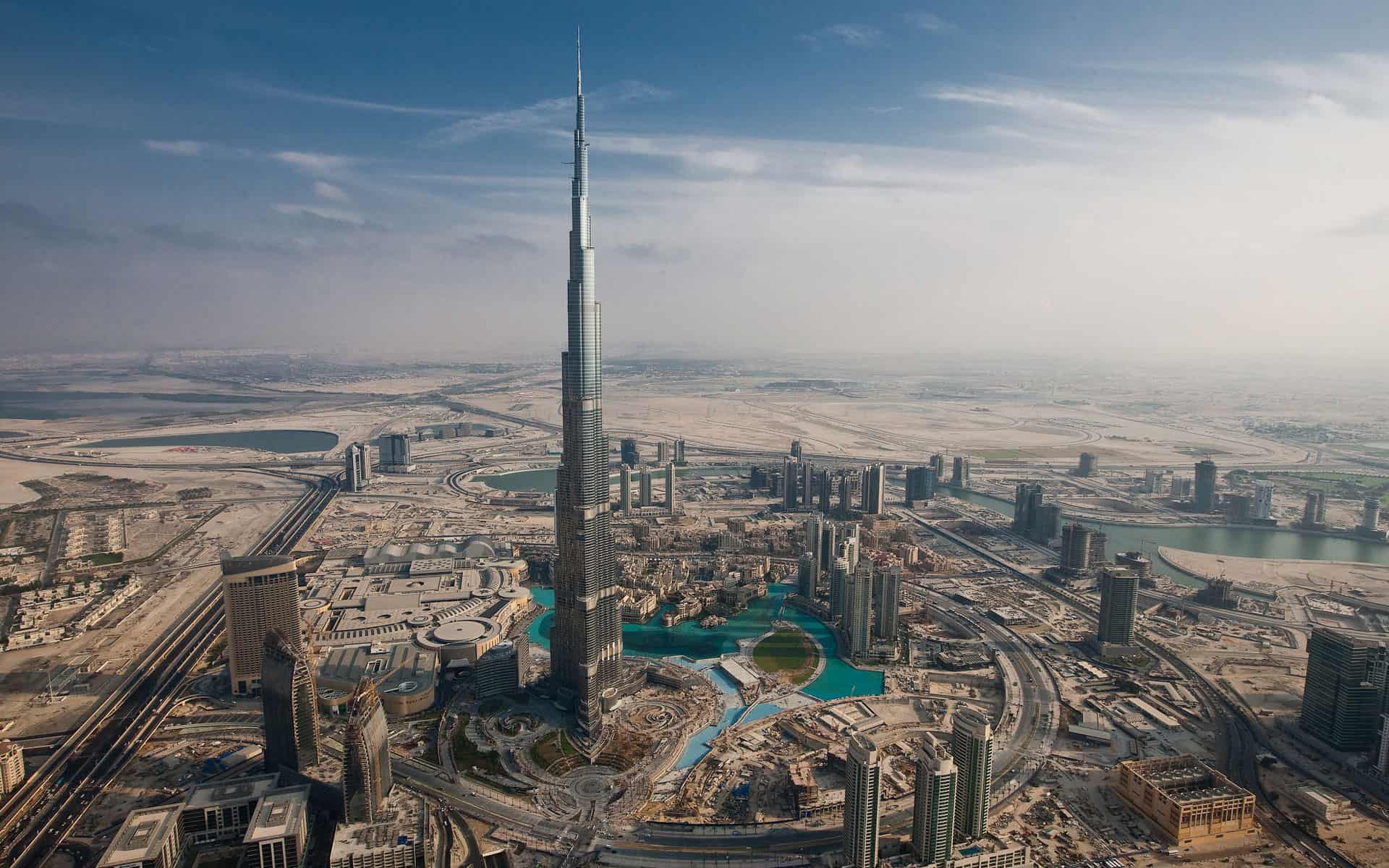 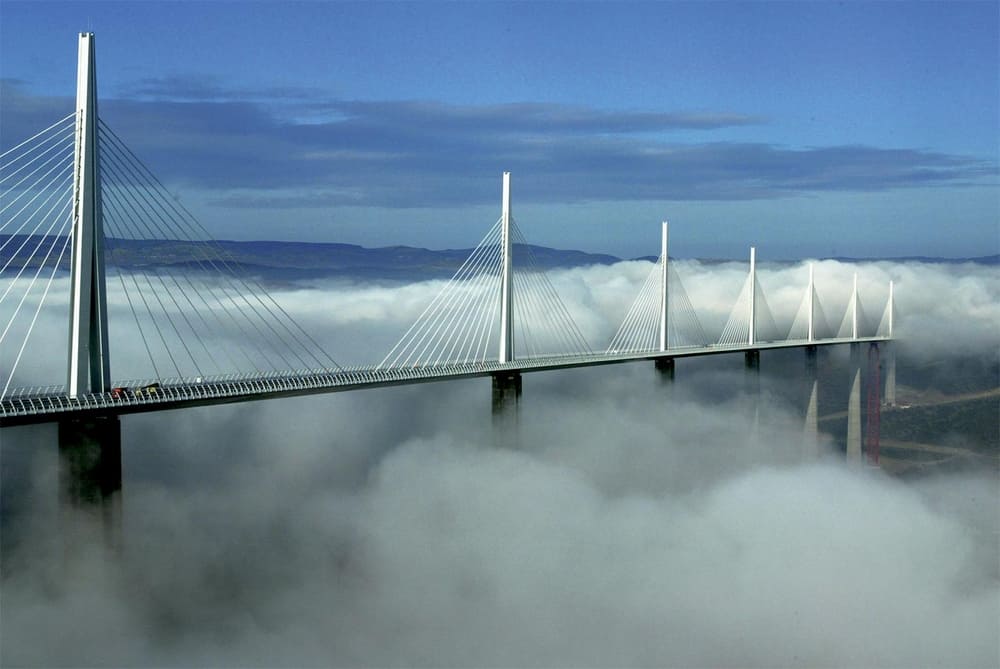 The original “7 Wonders of the World” (Great Pyramid of Giza, Hanging Gardens of Babylon, Colossus of Rhodes, Lighthouse of Alexandria, Mausoleum at Halicarnassus, Statue of Zeus at Olympia, Temple of Artemis at Ephesus) were spectacular accomplishments, but humankind’s reach has always exceeded its grasp, allowing us to forever be making new monuments that inspire awe. While you can point of any number of leaning towers, churches and temples, or giant presidential faces cut into mountains, we wanted to celebrate architectural marvels that innovate, excite, and defy the laws of physics. These are engineering and design at their level best.

A rarity, this is the tallest bridge in the world, with a mast reaching up to 343 meters from the base of the structure to the tippy top. While it isn’t bright orange and accented by the fog of the San Francisco Bay, it’s airy appearance wrought by engineer Michel Virlogeux and the famed architect Norman Foster is even more impressive. Those looking to visit it will need to trek to the River Tarn in southern France.

Crafted by the mind of Spanish architect Santiago Calatrava to stand in Sweden, Turning Torso is the tallest building in the lands of the Nord. Its design emulates the human spine when being turned naturally, as it’s a set of stacked cubes twisting around a central point. From bottom to top the entire curvature of the building is a full 90-degrees. It’s a luxury residence complete with gym, spa, and, most importantly, huge wine cellar.

Frank Lloyd Wright’s Kaufmann Residence has stood since the 1930’s, making it one of the elder statesmen of this list. It seems to not only blend perfectly with the land around it, but to appear to sit atop a waterfall among the tree boughs rather than touching terra firma. It was made to replace the Kaufmann’s previous summer cabin, a shanty with no heat nor running water. This has both with tours available any day but Wednesdays.

The place where the LA philharmonic calls home, the mouse’s hall was designed by Frank Gehry, who managed to make the outside look ultra-modern and playful, despite being steel, and line the inside with acoustically adroit hardwoods that provide a warm atmosphere along with sound that will bring all but the most steadfast to tears.

Soaring over the sprawling city of Kuala Lumpur in Malaysia, the Petronas Towers by Cesar Pelli were the world’s tallest buildings for 6 years, and remain the tallest twin bodies on the planet. While their soaring height is impressive, the real story lies beneath the surface, where they have the deepest foundation ever made, cut deep into the soft rock.

Opera houses like to take big architectural swings, which is good news for design fanatics as each one seems to be more arch, sweeping, and neo-futuristic than the next. It has four separate halls, made by local boy Santiago Calatrava who created it to reach over 70 meters up while the acoustics are suited to all performing arts, from operatic singing to instrumental, and even spoken word.

Though the current tallest building in the world is lauded as a center for international cooperation, it’s design came out of the windy city, from the Chicago firm of Skidmore, Owings & Merrill LLP. The firm used a triple-core design inspired by the Hymenocallis flower in order to give enough steadiness to support the multiple observation decks and pinpoint reaching toward the heavens.

A building that attempts to find plurality, the design comes from architects Rem Koolhaas and Ole Scheeren with engineering handled by Cecil Balmond to offer a visage that is both strong and soft, large and small, angular and sloped depending on how it is viewed. Koolhaas wrote a curious manifesto about the building, which is worth the read, if only for the thinly veiled venom contained therein.

Though each Guggenheim is a work of art unto itself, the Spanish one from Frank Gehry stands – pardon the pun – head and shoulders above the others. It’s an interesting amalgamation of glass, limestone, and titanium that appears to be a random assortment of shapes, with its apparent method becoming clear as one traverses the inside and out.

Colloquially known as the “Bird’s Nest” for obvious reasons, was crafted exclusively for the 2008 Beijing Olympic games by architects Herzog and Pierre de Meuron along with Li Xinggang, with help from numerous others. Rather than being constructed in the woven, stylized fashion, it’s actually been stripped of adornment to show the beams underneath in a fully transparent style free of pomp.

Besides riverboat gambling, there’s probably no other reason to visit St. Louis besides the Gateway. This steel rainbow was devised as a tourist attraction to revitalize the area back in the 1940’s, with construction finally concluding in the 60’s, and opening to the public in 1967. The design was done by Eero Saarinen who won an open competition, but it is constantly being updated with new features, adding extra value to visitors.

While buildings done by committee can sometimes show too many visions ruining the overall effect, the triple threat of architects Eero Saarinen, David Kahler, and Santiago Calatrava who designed the three buildings that make up the MAM have managed to enmesh their various styles, from the sweeping and light to the powerful and defensible, in a way that is perfect for housing the work of other artists.

It’s criminal to ignore the Opera House that still defines much modern architecture, even more than 4 decades after it opened. Managing to be ultra modern, yet natural as its swooping curves like breaking waves seem right at home beside the sounding sea, it’s architect Jørn Utzon’s crowning glory.

A culmination of many of the styles rendered elsewhere on this list, the Burj Al Arab stands as a symbol of Dubai’s modern outlook, with opulence in abundance when you enter this gorgeous hotel. Made to represent a sloop with full sail, it accomplishes the illusion of motion along with the standard towering nature of an ordinary skyscraper. It’s the vision of Tom Wright in a lovely collaboration between east and west.