Bandit9’s Motorcycle Art Crosses Over Into the World of Fashion

At what point does a custom motorcycle designer become an artist? Bandit9‘s Daryl Villanueva has been the standard bearer in recent years, forgoing clay and canvas for carbs and cranks. His influence as a designer has eclipsed his niche and has begun to extend into the fashion world. This week, Daryl V and crew at Bandit9 have revealed a style collaboration with Ukranian designer Konstantin Kofta. It’s an obvious fit– Kofta’s future-inspired, angular designs with Bandit9’s bikes of tomorrow.

Photographer Wing Chan joined this collaboration to produce a series of images showcasing the fashion of Kofta on the Bandit9 EVE. Bandit9’s EVE is a sharp, glossy take on the small engine 1967 Honda SS. Its steel unibody and chrome finish are entirely elegant, looking more like sculpture than a piece of machinery. Despite the source bike’s age, approaching 50-years-old, Bandit9 have built something that feels many years ahead of its time.

Konstantin Kofta’s featured backpack design is sharp, angular and metallic. Kofta, like Villanueva of Bandit9, is an artist in his own right. His expanded collection is anatomical, bold and delightfully unsettling. This bag is a different direction, an architectural design that suits the forward-thinking nature of Bandit9 motorcycles.

Having covered Bandit9’s bikes for many years, I get the sense that critical mass is right around the corner for this crew. This fashion collaboration is a solid step in that direction, as the designs of Bandit9 begin to take on a cultural influence all their own. Congrats, Daryl and crew. I can’t wait to see what you guys do next. 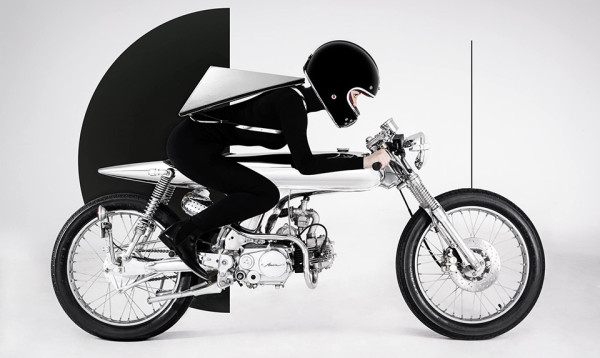 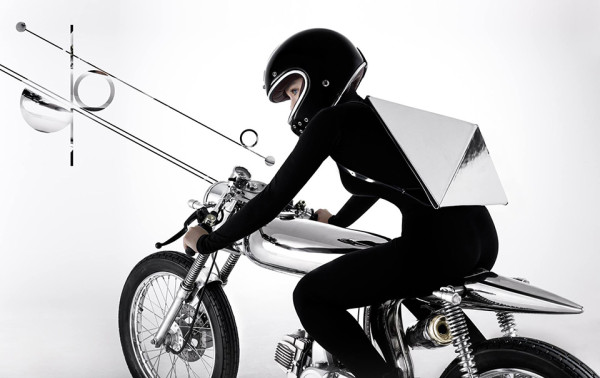 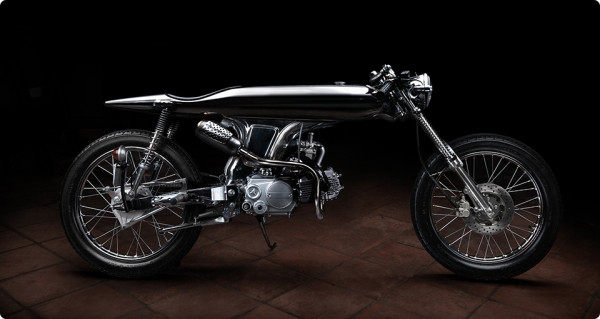 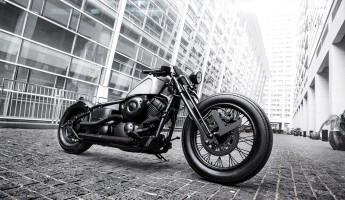 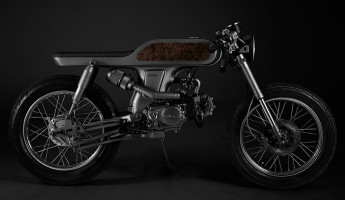 The Bandit9 Bishop: This Modern Motorcycle Might as Well Be a Work of Sculptural Art 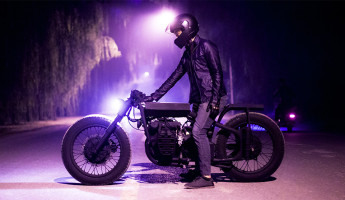 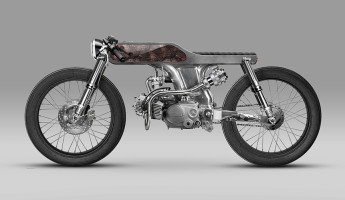