21 Of The Greatest Sandwiches Since Sliced Bread

John Montagu was many things – a gentleman, a scholar, a lover, a soldier – but most importantly he was the 4th Earl of Sandwich, largely credited with inventing meat put between slices of bread. A gaming enthusiast, and a serious gambler, John would spend hours at public gaming tables tossing away money and taking his wealthy associates off their coin. While he engaged in this activity, he preferred to eat a slab of meat slapped betwixt two pieces of toast, a foodstuff that was unknown to anyone during the late 1700’s, which was when he walked the Earth.

Though the credit goes to him, his cook or perhaps even the Greeks and Romans were the inspiration for the sandwich, since they’d been making variations for years, which is to say nothing of gyros and wraps from the middle east and pierogies or similar pocket breaded edibles. However it came into being, it’s a staple of any American diet, from child’s lunchboxes to the brown bags of adults. In celebration of one of the simplest ways to get a wholesome meal, we thought we would look at the 21 most delicious sandwich types ever built.

A perfect way to turn a breakfast and lunch combination into a dinner delight, the melding here begins as a croque monsieur – which is basically a ham and grilled cheese – then tops it off with a fried egg that looks like a lady’s hat (if you’re French and live in the 1920’s, or American and live at The Kentucky Derby). It it the best of grilled cheese, the best of the croque monsieur, and the best of the egg sandwich made into one. Everything else here is playing for second!

Grilled onions and cheese with a hamburger patty, you can’t check the cholesterol, but the sum total of the Patty Melt is sublime. It’s the one true way to eat a cheeseburger. You’re never going to see this anywhere outside of a greasy diner. It is widely believed that is because patty melts combust when exposed to ordinary air. Make at your own risk. Make note: white rye is the only true choice for a PM. Everything else is just bread.

You have two choices for getting your dietary allowance of corned beef: You can have it with Jameson’s and cabbage on St. Patty’s Day, or you can have it in a Reuben. Thousand island, Russian, or Caesar dressing (we don’t judge) fresh – not canned – sauerkraut, Swiss cheese with minimal holes, and white rye, grilled.

You can go with tuna or egg if you so deign, but Chicken Salad somehow makes that mix of seasoned salt, celery, and mayo sing to the heavens. Put it on a really oaty bread or one of those 47-grain monstrosities that lurk around the baked good aisle. Just go easy on the raisins or the cranberries. And nuts. It’s supposed to be smooth, not chunky (except for the chunks).

Philadelphia is home to Rocky Balboa, the Liberty Bell, Knife Violence, and Cheesesteak. You throw some mushrooms on the hoagie and some whiz, you get some grilled onions, a deep fried Twinkie, and strips of lean steak. If you haven’t had it in the heart of Philly, you haven’t had it.

There’s subs, and then there’s true Po’ Boys. Named after the streetcar strike workers of 1929, this is a whole homecooked meal on a footlong bun. Layered with fried shrimp or oysters, then throw a whole garden atop it along with some vinegar and pepper.

Primantis are made for truckers who need to eat an entire plate of food while still steering. So, they have coleslaw and greens, french fries, dressing, pickles, macaroni and cheese, chips, an ashtray, lettuce, tomato, a waitress, and hopefully some defibrillator paddles.

The Grinder is the last of the sub-sandwich sub-genre. This is a catch all for any lengthy sandwich full of stuff. Classic grinders were sloppy joes on elongated buns, but now it’s a catch-all for your subs, heroes, etc. and et al.

Grilled Peanut butter and honey with banana, and a rasher of bacon, just like the king had. Only without a fistful of quaaludes and barbiturates.

This is where you should upgrade your tuna salad to live. Slap your choice of sharp cheeses over the top then heat it up for a gooey slice of goodness.

New Englanders get a lot of flak for their football team, their accents, their foliage, their bad driving, their attitudes, their temper, their weird food habits, their overpriced colleges, their rampant alcoholism, and their climate, and to that they say “Put a wicked lawbster reewl in yer faece!” (we think.) They’re right. This is decadence on a massive hot dog bun full of mayo and dill.

Had all the good pulled pork sandwich makers gone back to Cuba, the United States never would have had a trade embargo with them. Sweet meat and barbecue sauce mixed with the tang of coleslaw. There’s literally no other reason to visit Miami.

Straight out of 1926, the Hot Brown is turkey and bacon with fixin’s set atop a slab of bread and covered with salted cream. To qualify it as a sandwich is to lower all other sandwiches, and to call it anything else is to debase it.

Anyone who doesn’t want immigrants from the Middle East has never had a Falafel. It’s garbanzo beans worked into balls, then pressed into pocket bread. One taste will have you saying “As-salam wa alaikum” to the makers of this heavenly dish.

Forget the so-called Italian sub. Take a round sesame loaf right from Sicily, cut it in half, and then layer it with smoked meats of Italy. Pastrami, pepperoni, and salami are just the start. How’s about a nice pancetta cut? Lather it with olive brine and get ready to eat in shifts.

The sandwich that isn’t, “Banh mi” is Vietnamese for basic bread, which is the base. The filling is riled up, with pork roast, head cheese, and jalapenos, but then there’s cilantro and cucumbers with shredded carrots to cool it down.

Suckling pig on a huge roll, you rarely need to dress this up with anything to make the meal.

Fried chicken is a cute little dish, but it still doesn’t have quite enough carbs. Throw that on a white country biscuit and now you’ve got a meal worth dying for. Which is probable.

Again visiting the land of breaded meat, Cemitas are meat strips individually battered and fried before they go into the airy sweet egg roll that houses them. Life on the lips, muerte para el corazón.

Soft cornmeal pockets are all Arepas are before they are filled with whatever you have around. Best when deep-fried for a crispy, chewy, doughy exterior, you can jump from sweet to savory and back again. This is what Hot Pockets should have been!

An honorable nod must go out to the parmesans of the world. Your chicken parm, veal, beef, and all other meals on a bun. Anytime you can take pasta out of a dish and put bread in with the sauce and spices, we say you do it. There’s no victim… 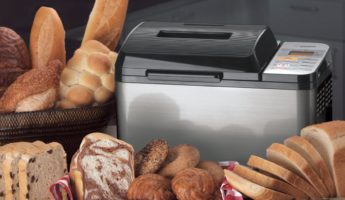 Arise With The 8 Best Bread Machines 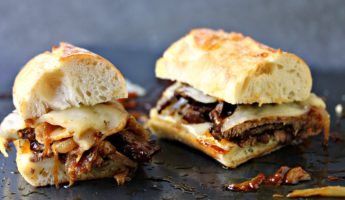 The 16 Hottest Hot Sauce in The World to Buy

21 Incredible Breakfast Foods From Around the Globe 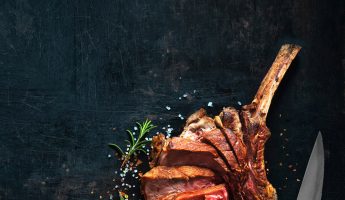 Meat Your Maker: All 21 Types and Styles of BBQ Explained 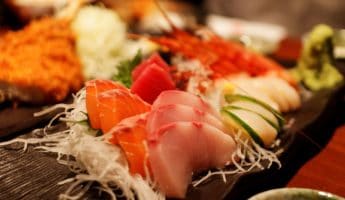 The 10 Steps To Ordering and Eating Sushi Properly 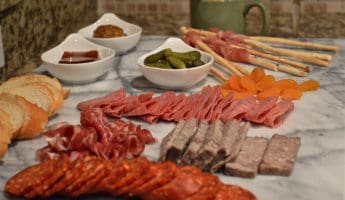