The Top 15 Coffee Beers to Awaken Your Senses

Behold: Coffee Beer. Two of the world’s most popular beverages have been fused into one – coffee and beer lovers unite! For those looking to wet their whistle with the deep, roasted, nutty flavor of coffee while they imbibe, we’ve crafted a list of 15 noteworthy coffee beers. 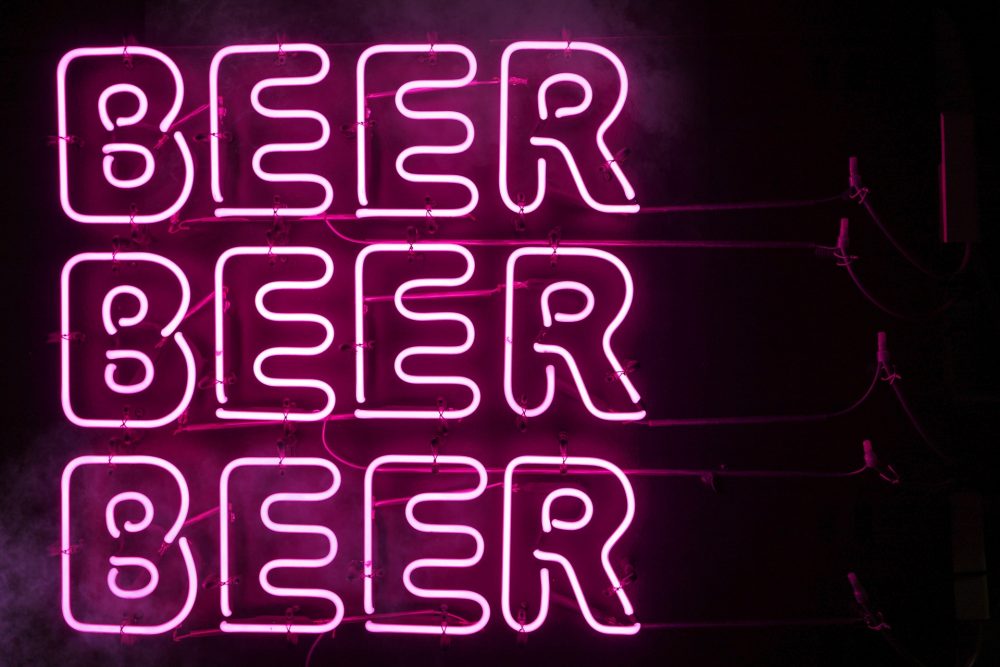 What Is a Coffee Beer?

During the mid-1990s, the brewing industry began to boom. The home and craft brewing industries blossomed, springing forth a new wave of beers. No longer were you limited to light and dark ales, the world of brews was suddenly full of bright new aromas and flavors.

Brewers began to experiment with their beer, going against the Reinheitsgebot, a German purity law set to limit the ingredients of beer. These brewers would add exotic, unexpected flavors to enhance the taste of the well-loved staple.

One of these experiments resulted in the rightfully popular coffee beer. Coffees unmatched aroma compliments the malty richness of porters and stouts. It’s a natural addition to enhance these dark beers.

But in recent years, coffee isn’t solely used amongst the porters and stouts. Today you can find cream ales and even sours employing the use of coffee to perk up these familiar beers.

The rich chocolate notes of coffee intertwine with the milky cream ales in a comforting combination. Then the citrus notes of some blonde coffee roasts pair with the tangy sweet sours to create a vibrant flavor unlike the normal tart brews.

The 15 Best Coffee Beers You Must Try

The combination of beer and coffee is a world of its own. By selecting highly awarded beers and those praised by beer connoisseurs, we have you covered in your pursuit to discover some of the tastiest beers the industry has to offer.

The Dublin-based brewery is widely known for their dark Irish stouts. Although they have always prided themselves in their heritage, this has never kept them from experimenting and growing as a brewery giant. Since signing a 9,000-year lease for their brewing site in 1759 (you read that right, 9,000 years!), Guinness has worked to enhance its beer making prowess by trying out new styles and methods for brewing.

Due to this desire to evolve, Guinness has joined in on producing their own coffee beer. Guinness has recently added the Nitro Cold Brew Coffee Stout to the lineup of velvety smoother beers.

The use of nitrogen instead of 100% carbon dioxide is what gives Guinness beers their signature frothy head. The added nitro strengthens the mouth feel of a beer, but it’s also visually alluring due to the cascade effect from the nitrogen.

The Guinness Nitro Cold Brew sits at 4% ABV and makes for a perfect daytime stout. It has the standard Guinness dark head with a smooth balanced texture. You’ll smell the comforting aroma of coffee with a slight sweetness and taste the bitterness of a nice coffee roast.

Although Guinness is new to the coffee beer game, the brewery has a longstanding reputation of leading the way in innovation and expertise. The Nitro Cold Brew Coffee Stout is a mashup that is sure to win over coffee enthusiasts and beer lovers.

The brew masters at Founders have been making waves in the craft beer industry since opening the brewery in 1997. The brewery has seen its share of hardships, but has found its place in the beer scene by following their instincts. Founders Kentucky Breakfast Stout is an amalgamation of all the important aspects of your morning breakfast routine with a beer-infused twist.

The result is a slightly carbonated dark stout with an aroma that is rich in coffee, chocolate, and whiskey. The taste is a harmonious blend of the same deep chocolate and coffee notes with hints of licorice and vanilla. The essence of bourbon whiskey is present throughout.

KBS has won multiple awards and has made its way into the top 50 beers on ratebeer.com. This barrel-aged breakfast stout is a unique addition to the beer industry and well deserving of praise amongst coffee beer aficionados.

Left Hand Brewing Co. has been upping the ante on what a good brewery should do in and outside the beer industry. From their inventive brewing practices to their philanthropy, Left Hand is making its mark.

The Left Hand Milk Stout is the brewery’s most awarded beer, and for good reason. Its combination of milk sugar, chocolate malt, and coffee gives a satisfying flavor profile and a smooth finish. The addition of milk sugar adds a sweetness that levels out the standard robust taste of a stout.

Prairie Artisan Ales turned up the heat with their own spin on an imperial stout. Bomb! is an apt name for the dark full-bodied brew.

The stout is aged with espresso, chocolate, vanilla, and ancho chili peppers. The combination makes for a truly one-of-a-kind beer that is brimming with coffee, chocolate, and the bite of ancho chili.

The resulting beer is almost black in color with a thin head that’s similar in color to crema on an espresso. Hints of vanilla and heat from the chilis weave in and out of this chocolatey coffee laden beer and at 13% ABV it really is a bomb!

Oats and coffee combine in this tantalizing imperial stout from Terrapin Beer Co. Are you on the market for a well-rounded beer that’s as dark as the black coffee it’s infused with? Well, look no further; Terrapin has you covered.

Known for their hop heavy IPAs, Ballast Point set out to experiment with adding coffee to their brewing process and the result is heavenly.

You’ll taste the cold brew coffee, vanilla, and caramel flavor of the malt, throughout your drinking experience. It’s no mystery how Victory at Sea became such a highly acclaimed beer with 10 award wins under its belt.

There’s nothing like cozying up on a cold winter’s night with a nice Mexican hot chocolate. Thanks to Stone Brewing you can enjoy the classic flavors of cinnamon, nutmeg, and cocoa in beer form.

The Xocoveza is a defined as a mocha stout with lactose added to give it that extra boost of creamy texture. This beer is packed full of cocoa and cinnamon upfront, and a finish that tastes of nutmeg, vanilla, and coffee.

Surly Brewing offers a coffee infused brown ale as part of their year round lineup. As a brown ale, Coffee Bender is lighter than its stout counterparts and has only a 5.5 ABV.

The malt used in the brewing process give a creaminess of a cappuccino or latte. If you’re a fan of cold brew and oats, you’ll enjoy this beer.

Duck-Rabbit’s Schwarzbier is a dark lager brewed with plenty of hops. The roasted flavor comes from the malt used and provides satisfying coffee aromatics.

The flavor is reminiscent of the aroma with hints of coffee and chocolate notes. It’s one of those refreshingly drinkable coffee beers and worth seeking out to try.

Who doesn’t love breakfast for dinner? Luckily, Funky Buddha has broken all the rules and created a beer that encapsulates the most important meal of the day.

Funky Buddha is newer to the craft brewery scene, only being founded in 2010. Their age doesn’t keep them from taking risks and stepping outside the box, which is exactly what they did with their Maple Bacon Coffee Porter.

Funky Buddha brews this porter with barley malt, non-malted cereals, maple syrup, bacon, and coffee beans. Then, the brewers adds lactose to give this beer a sweet creaminess to bring the breakfast experience full circle.

You might be looking through the coffee beer world and thinking, “boy there are a lot of stouts and porters,” and you would be right. After all, the malt and barley used to brew stouts and porters is an incredible match with coffee’s tangy bitterness.

However, Sixpoint Brewery–based out of Brooklyn, New York–decided to switch things up. They added coffee to their blonde ale and created a coffee lover’s dream. A cream ale with a coffee finish–what’s not to love?

Looking for a wake up call? Toppling Goliath offers an imperial stout that really packs a punch.

Mornin’ Delight features aromatic intensity from espresso and tastes of maple syrup and vanilla. The maple flavor shines throughout the drinking experience and finishes with coffee and a buttery, deep mouthfeel.

Do you enjoy an extremely dark stout? Then Great Divide has just the beer for you. Yeti Imperial Stout is an oily black coffee beer brewed with heavy chocolate and roasted coffee malt.

There’s a surplus of hops added to the brewing process, which gives a citrusy, vibrant flavor profile that intricately intertwines with the richness of the malt. You end up with a dry finish that will keep you thirsty for more.

Oskar Blues is famous for their hopped-up Dale’s Pale Ale, which helped them garner the reputation they have today. Drawing from that expertise, they brewed up some magic with the creation of Ten FIDY.

Named after its 10.5% ABV, Ten FIDY is everything you could want in a stout. It’s pitch-black in color with a tan head, and pours slightly viscous. The flavor will hit you with loads of chocolate, licorice, and roasted malts, which give way to that beloved coffee taste.

Even though Ten FIDY is an intensely rich stout, it has a velvety smooth finish making it a very pleasant drinking experience.

Speedway stout is a quintessential imperial stout with a coffee boost. The highly awarded beer bursts with rich aromas and flavors. There’s a strong flavor of coffee and chocolate as well as a fruity sweetness with a hint of toffee and caramel.

AleSmith manages to do something special with a classic brew. The subtle carbonation and creamy malt make it an easily drinkable stout.

If you envision yourself ensconced in velvet while sipping on an equally velvety c0ffee beer, then this list should lead you in the right direction when searching for new offerings. From IPAs to stouts, there’s something for everyone who enjoys a solid cup of coffee and a nice cold beer.

We narrowed down this list by selecting from award winning beers and breweries or those that also come highly rated by beer devotees.

We would gladly raise our glasses to any of the beers on this list, but if we missed any of your favorites, we would love to hear about them in the comments! 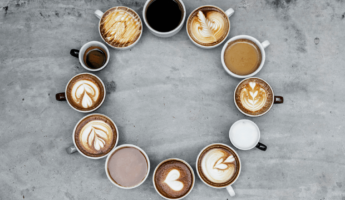 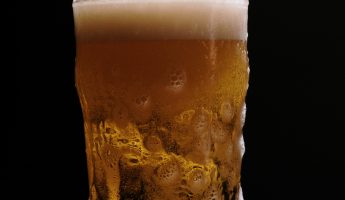 Beer
Drink The Best – 23 American IPAs Worthy of Your Table

Drinks
The 15 Best Single Malt Scotch Whiskies for Ruling the Spirit World
TheCoolist is supported by our readers. When you buy through links on our site, we may earn a commission. Learn more.
Let's connect
What’s Hot
Join TheCoolist
100% free, unsubscribe anytime.