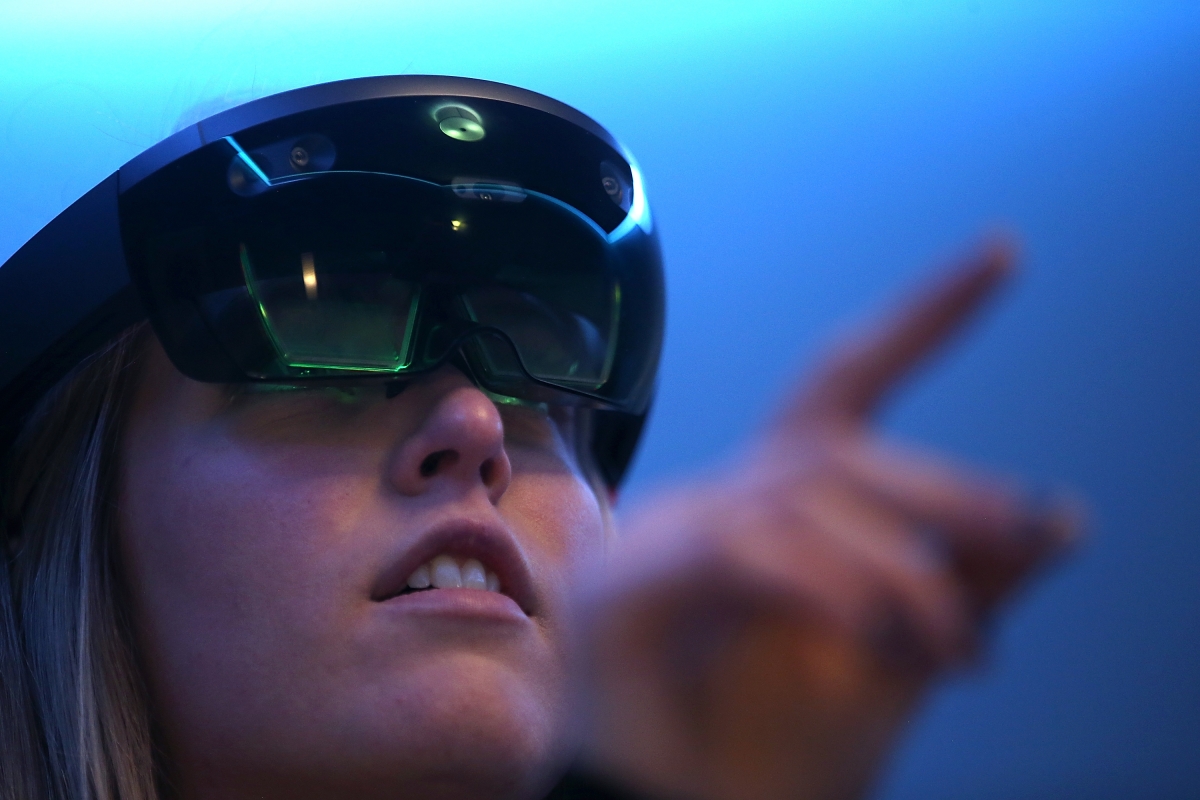 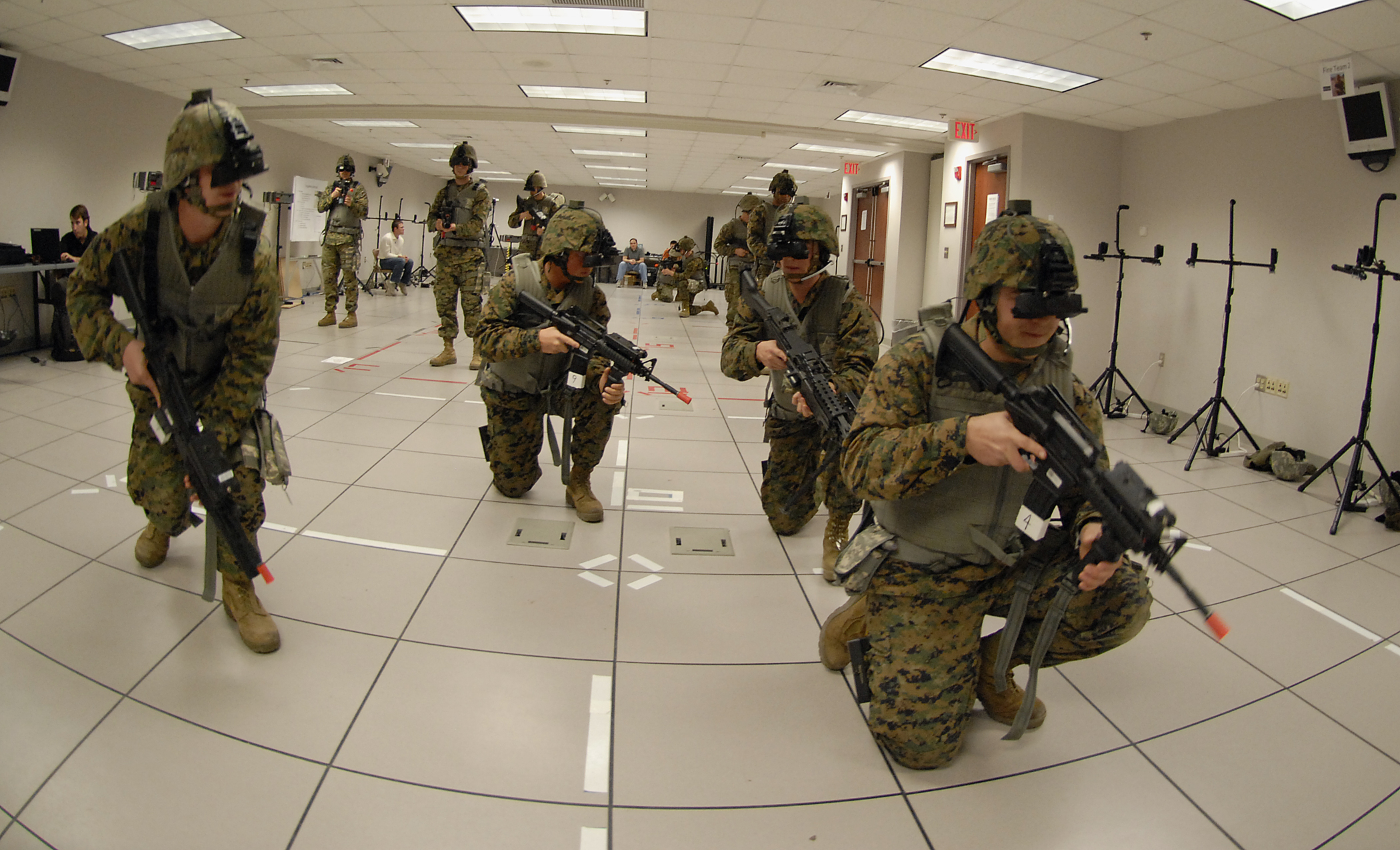 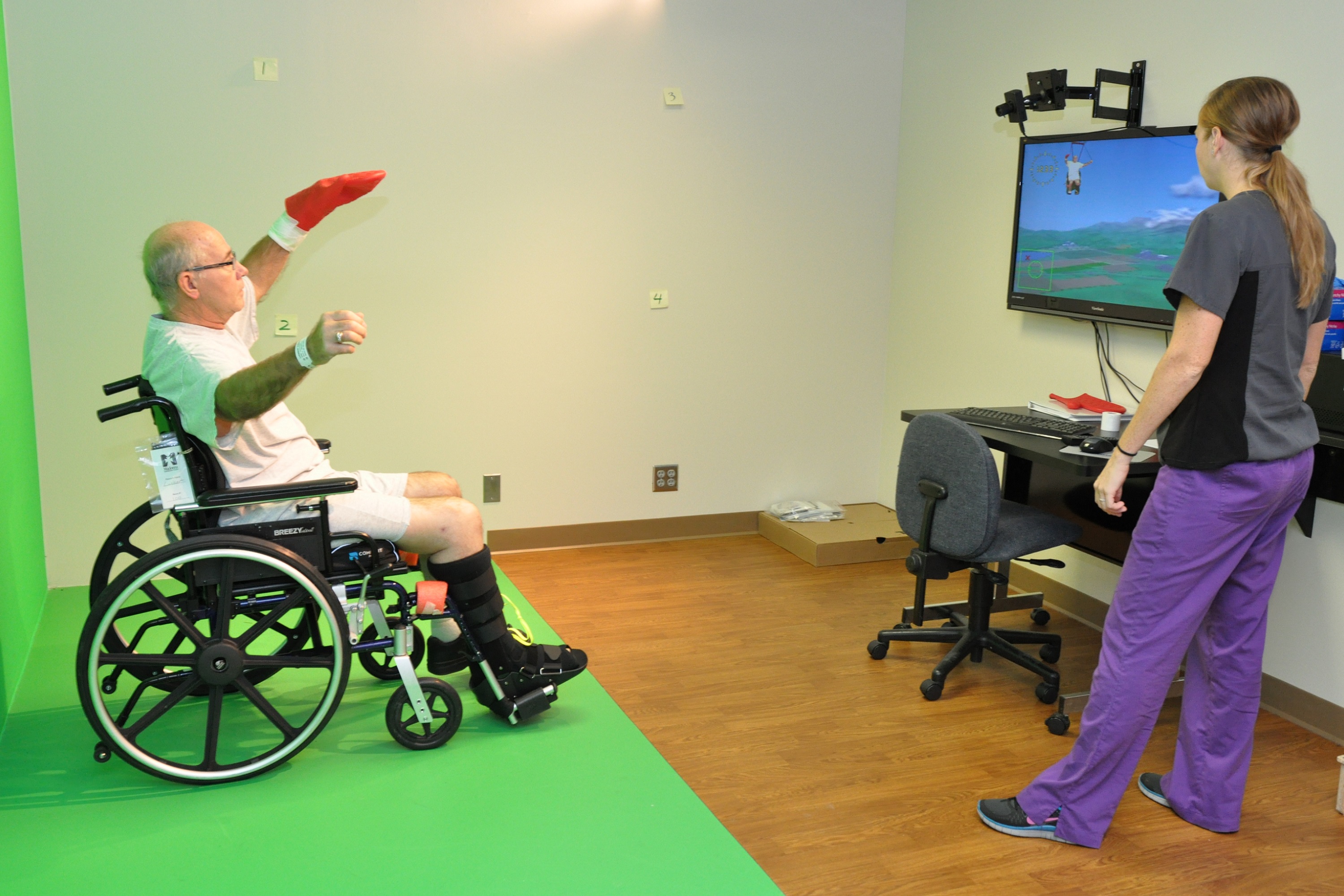 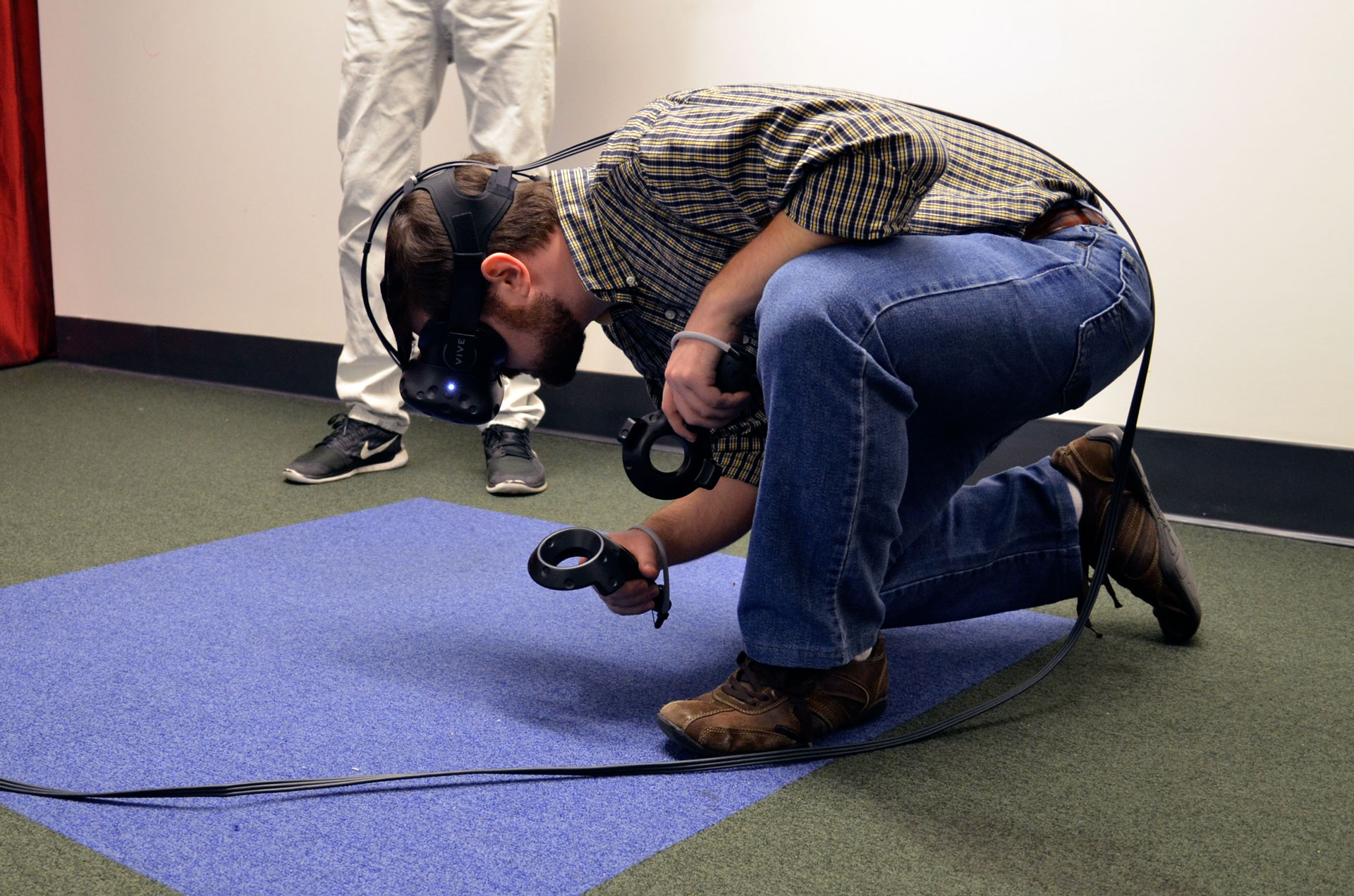 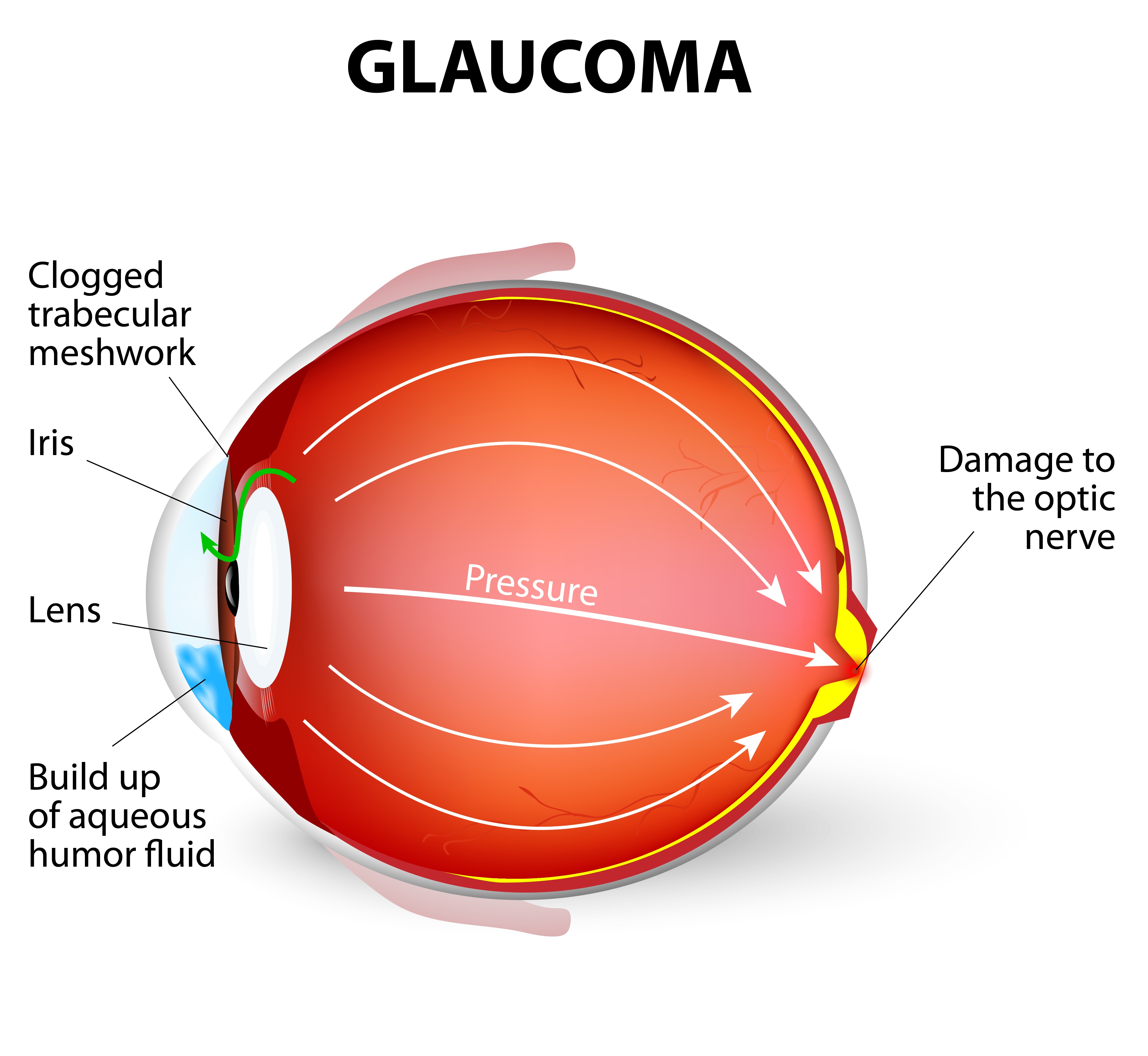 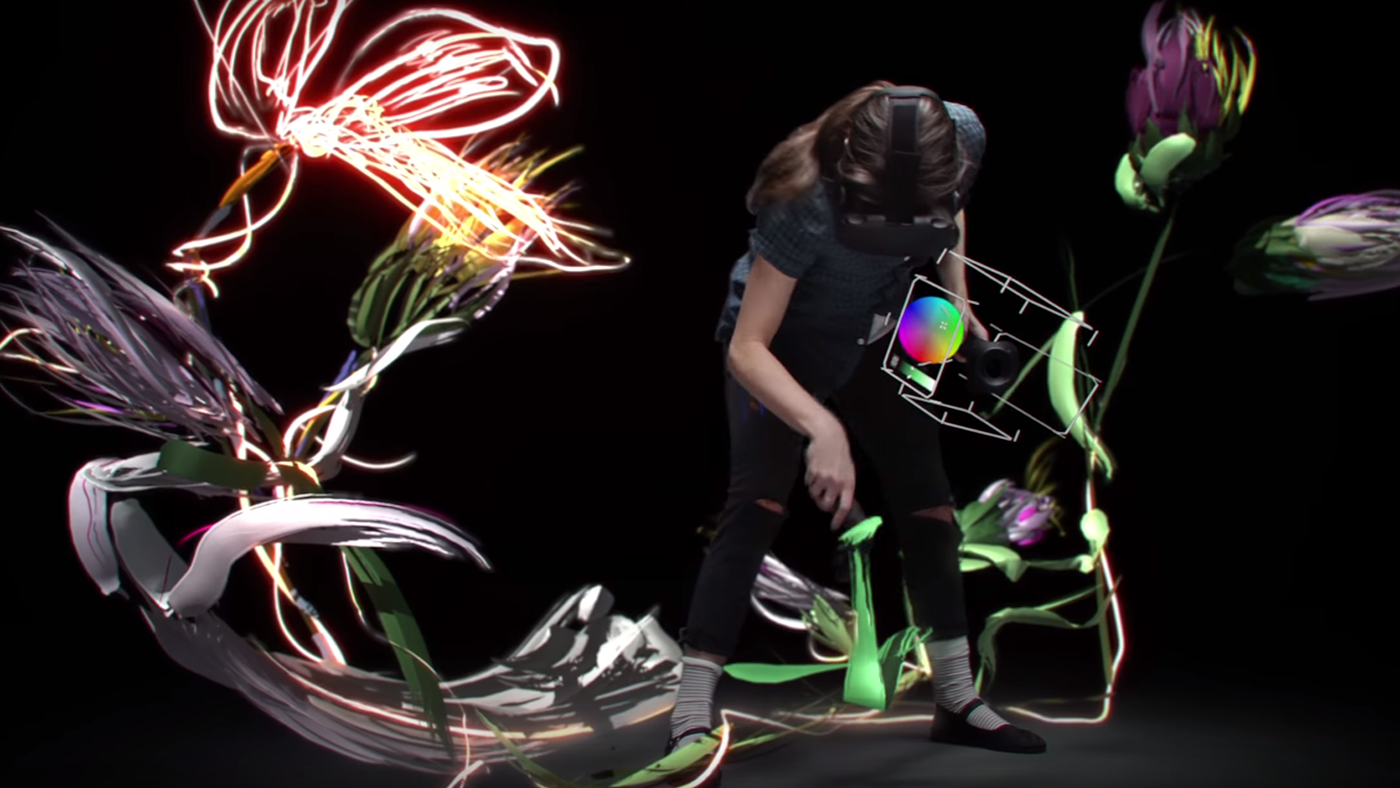 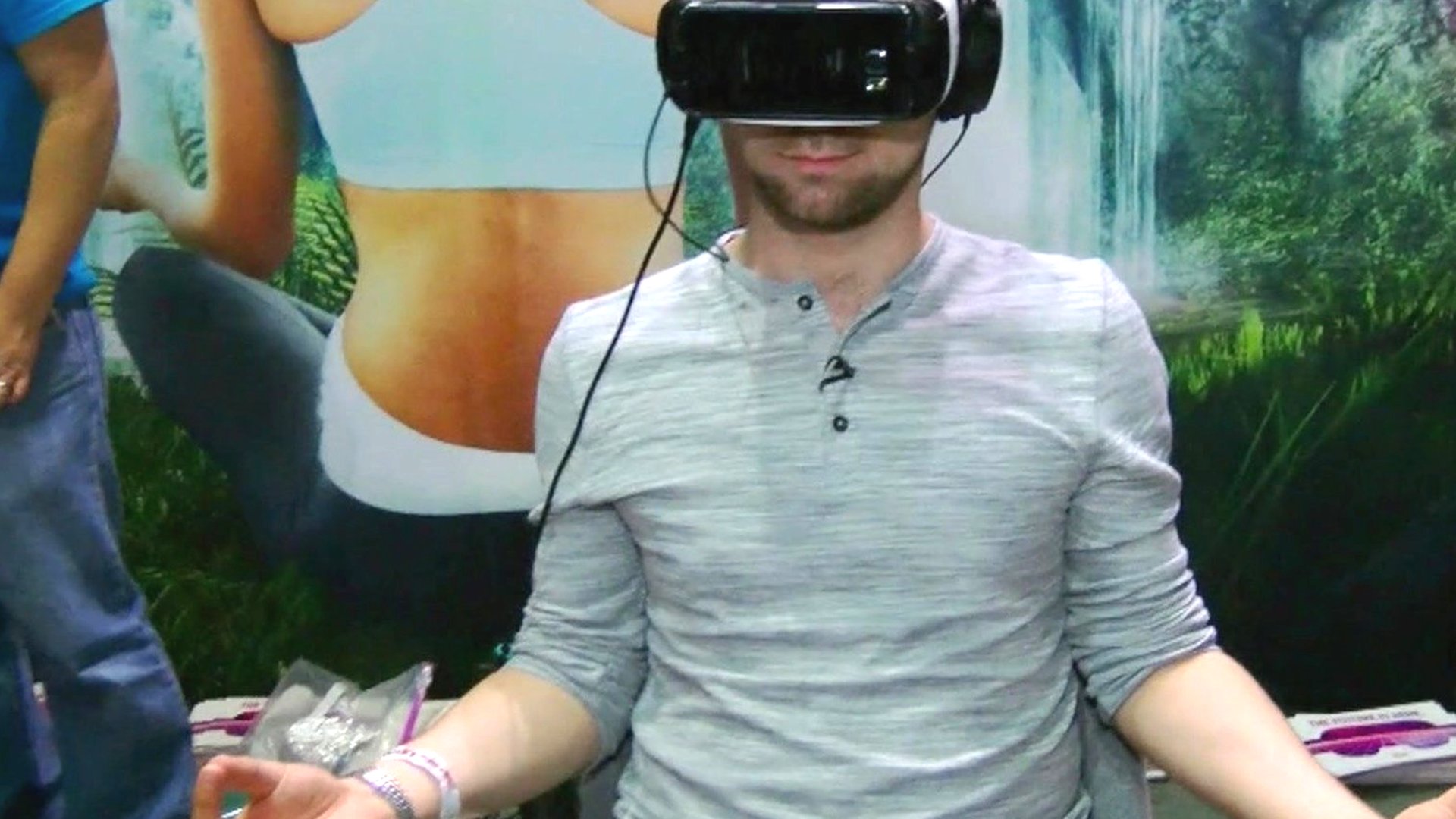 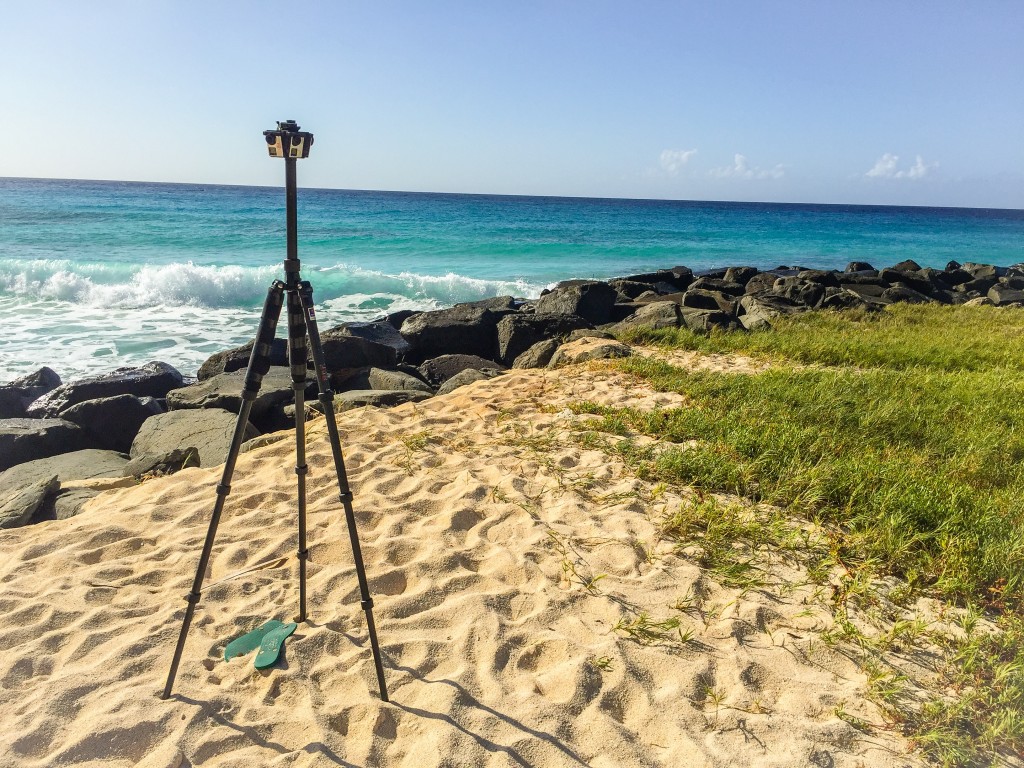 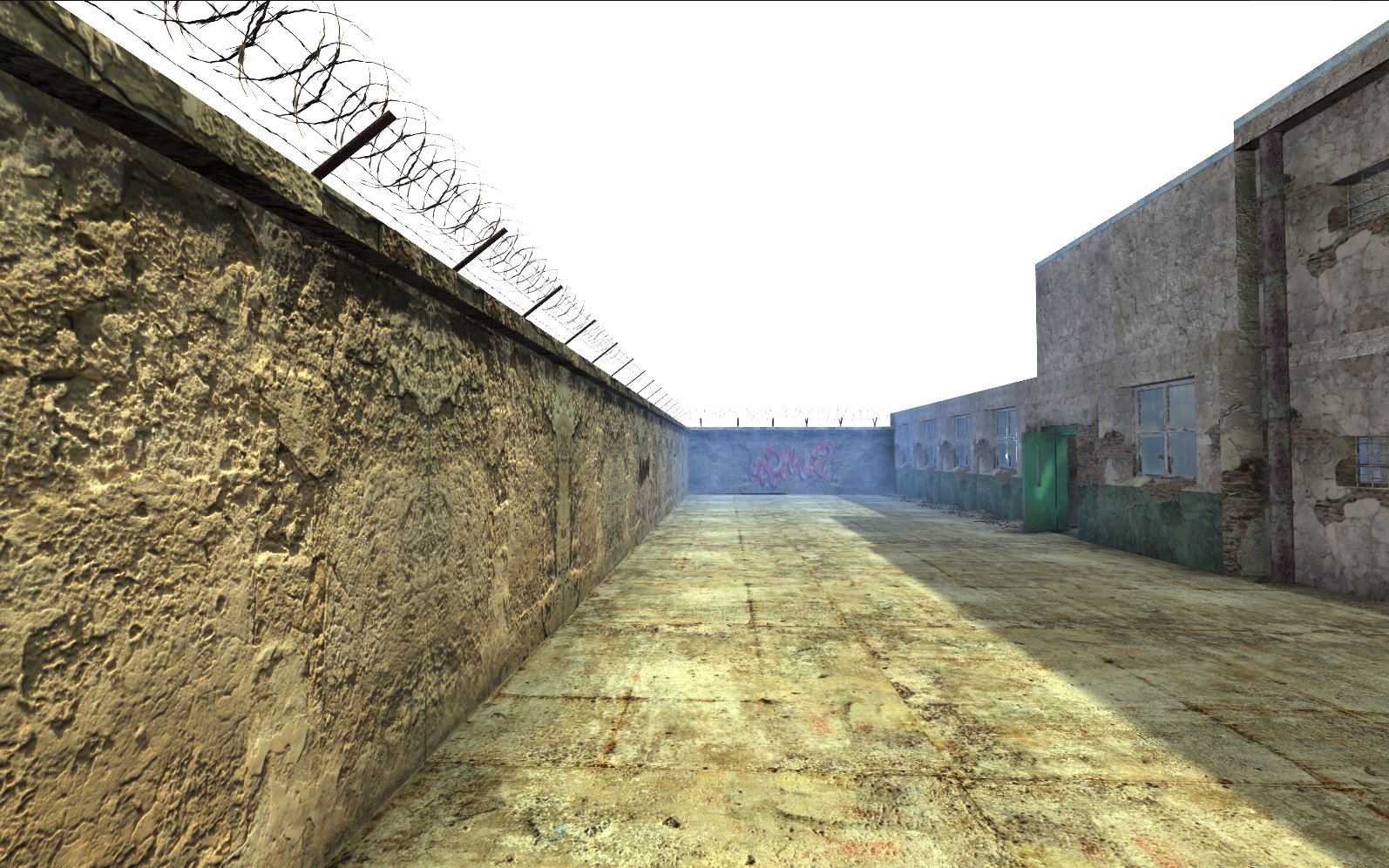 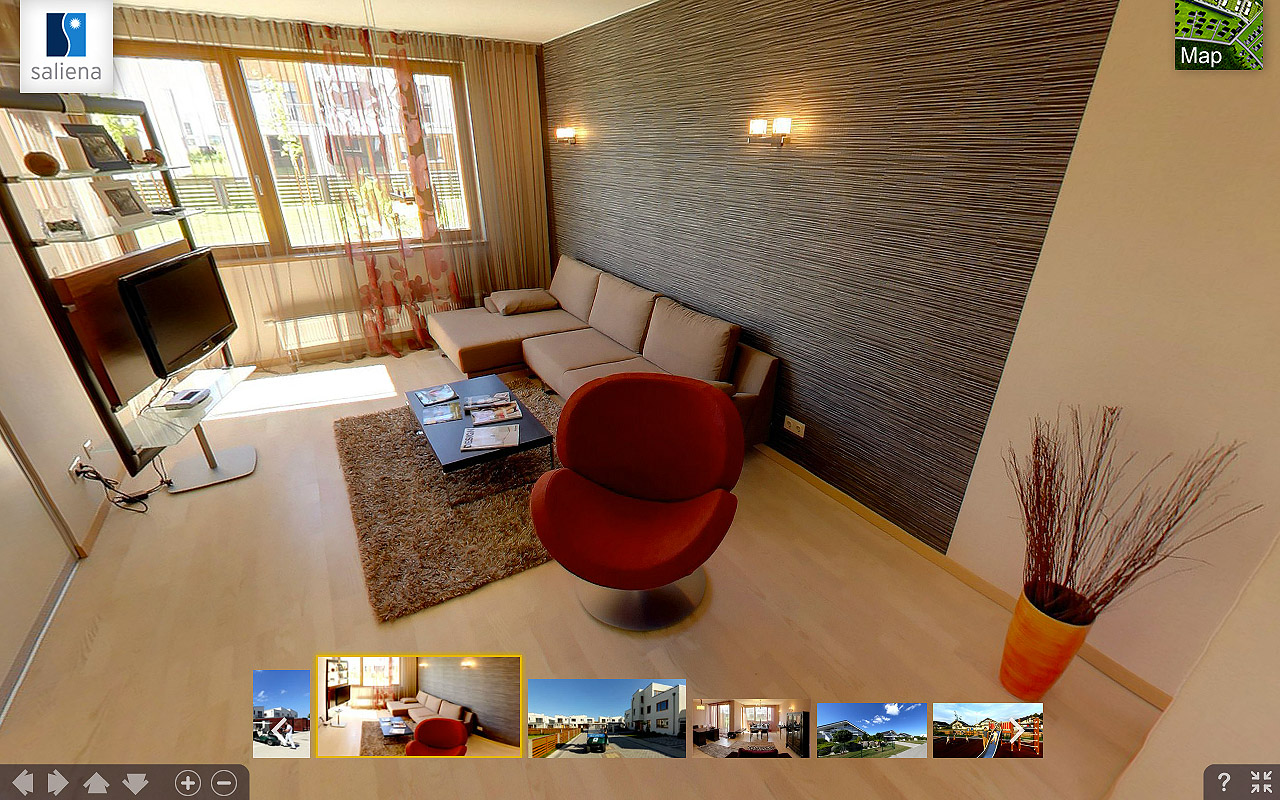 Machines like the Oculus Rift, the HTC Vive, the Sulon Q, and Samsung Gear VR have become, quite literally, game-changing pieces of hardware. They prove that home virtual reality gaming was possible, for relatively inexpensive prices. Since virtual reality headsets have come onto the scene, developers have been churning out newer, better models at a prodigious rate, for every possible purpose. Everything from graphic design to the wide and deep world of pornography has altered thanks to VR. Though commonly thought to be Mecca for gamers of both a PC and console variety, virtual reality is proving to be much more than that, and could offer incredible solutions in industries you wouldn’t normally consider.

An investigation into the digital landscape of VR revealed 15 exciting ways virtual reality is being used, and how it could help people in the future.

Learning from a book or a lecture have been shown to only be marginally effective for most students. These methods have been scientifically shown to create learning by rote, rather than the power to explore and the ability to fully understand subject matter. Virtual Reality offers students a more immersive atmosphere in which they can see, hear, and feel the experience of an idea, rather than just memorizing words or jotting down concepts as a professor spits them out.

Already there are films such as iAnimal that show you what the horrifying life on the inside of a pig slaughterhouse looks like. National Geographic has a whole studio that has been virtually taking people to some of the most beautiful places in the world, and have shown in exacting, immersive detail how industrialization is slowly destroying the planet.

This is broad spectrum. There’s few mental illnesses that can’t be aided through virtual reality. PTSD and phobia treatment are obvious ones, in which people can face their fears in the safest possible way, and cope with past trauma by surviving it. Depression, anxiety of every stripe, and even grief can be treated more effectively through VR than through simple conversation.

As with education, the ability to train individuals to perform hands-on tasks, without actually putting their hands on anything, is an invaluable resource. Welders can learn the look and feel of creating joints that can stand up to anything. Sports professionals can run plays again and again, or military and police personnel can learn life-saving tactics before they go into danger. If you can do it, VR can dream it and show you how it’s done.

This is a brilliant way to use virtual reality that may have a multitude of uses. After a stroke, patients often have the most difficulty learning to use their limbs again. By creating a simulation which shows their arms and legs becoming more adept at movement, the brain can be tricked into believing it works. This creates the proper neural pathways, which allows fantasy to become reality in the body of those recovering.

Picture a detective that can entirely rebuild a crime scene in a virtual world to test theories, or showing a jury exactly how a murder was committed, in full 360-degree scope. While this is a little further away than others, as the ability for tampering or swaying a jury is too great right now, it offers better ways to help fight crime from the streets on up.

Glaucoma can put sufferers at risk for injury due to impaired vision. By giving a virtual reality simulation a digital kind of glaucoma, researchers have said they can better understand the disease, and how a person with glaucoma views the world. Cataracts and dyslexia research have also projected that learning the truth of seeing through someone else’s eyes will advance research much more quickly.

With virtual reality, the ability to create 3D art is no longer limited to to the physical world. Sculptors, painters, graphic designers, and artists in every medium will find a new way to put their audience right into the work. This includes taking them on a tour of each brushstroke, or allowing them to delve into the very molecules of something they have made.

While the hardest parts of meditation are finding the time to do it, and actually getting your brain to be quiet for a few minutes, creating a calm, peaceful, serene virtual space complete with soothing music and scripted guidance can put people in the right frame of mind for an easier trip to the Zen garden.

The elderly, the infirm, the disabled, the bedridden, and many others might wish to see the world, but be physically unable to do so. By creating virtual tours, they can go on a cruise, walk on the beach, or see the ruins of Angkor Wat anytime they wish. It’s travel without flying in a giant metal tube that smells like human cattle.

As with investigating crimes, immersive journalism can do more than just tell people what life in war-torn nations is like, or show them photographs of the difficulties of life behind bars. Through virtual reality, people will be able to find out precisely how cruel work camps are, or see through the eyes of an immigrant suffering racial abuse. It’s the ability to walk a mile in another person’s shoes.

Going hand in hand with digital tourism, seeing a full concert or live event while never leaving your home can give you the full Burning Man experience without the deadly heat, deadly bugs, and sand in every orifice you own. You’ll have to find your own drugs, though, so it won’t really be Burning Man at all.

Surgeons are already working to use ever better virtual devices to allow them to operate tiny machines in order to perform delicate procedures. By allowing them to go completely inside a person’s system, they can do so much more, while also having the mechanical precision of a robot executing their motions, helping to eliminate human error.

Blueprints are fine and models are great, but they don’t capture the essence of what a car or a building is going to be when it’s completed. By crafting in virtual reality, not only can architects and designers experiment more with their mediums, but they can add in real-world variables to test a new car under virtual “real-world” conditions, or find out if they’re wasting billion and billions of dollars on a plane that doesn’t work.

Probably the easiest thing to imagine in the virtual world, real estate and advertising have been halfway there already. Ads have taken on 3D elements, and with virtual tours, Real Estate is one pair of goggles away from putting you into your dream home, today.