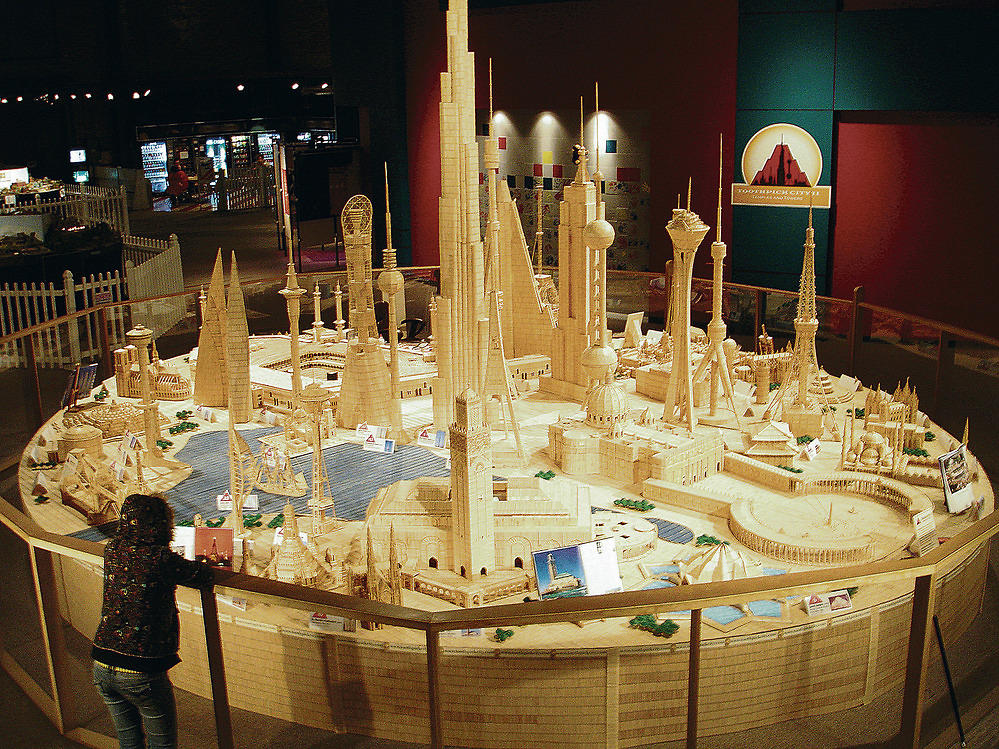 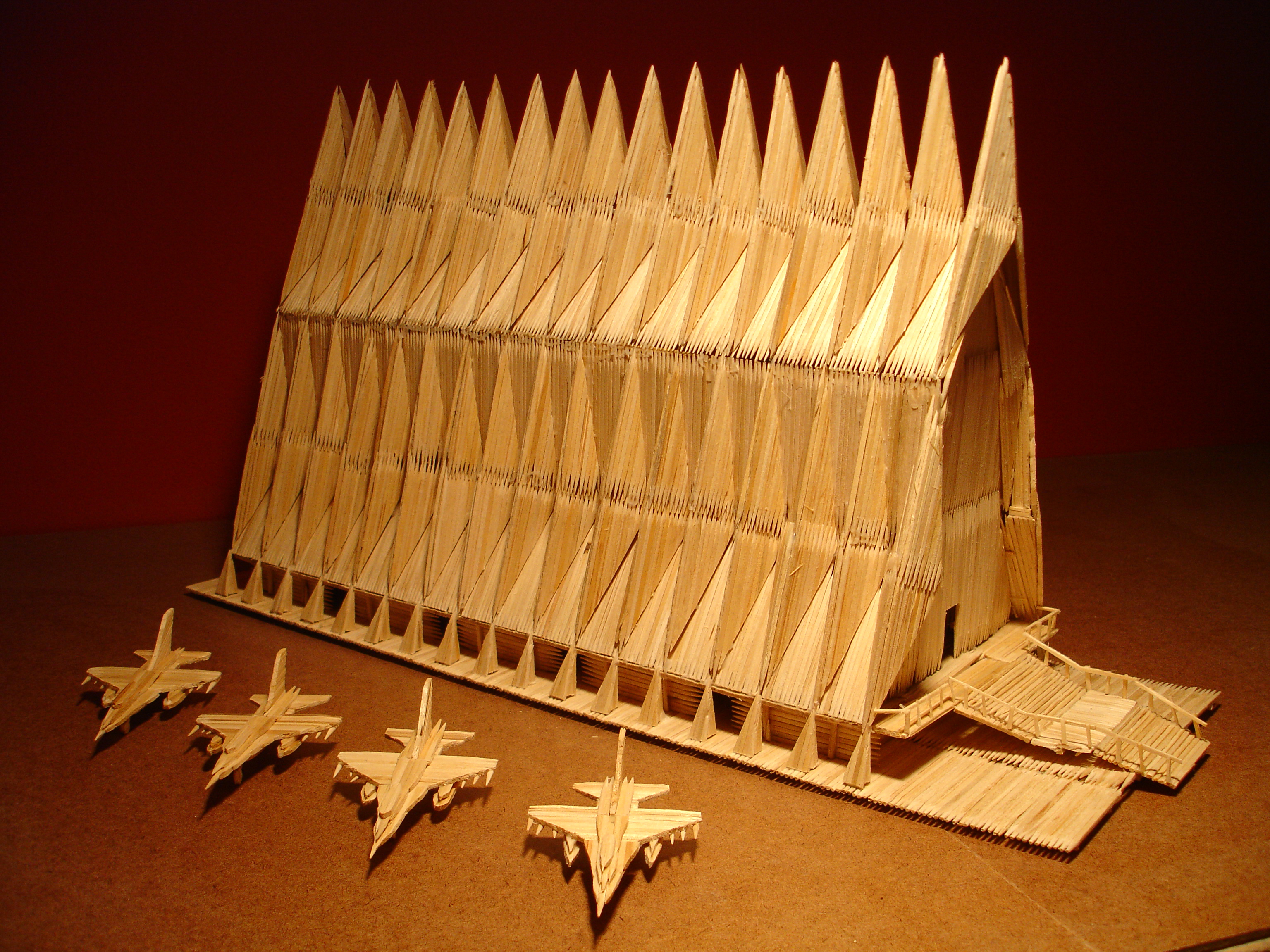 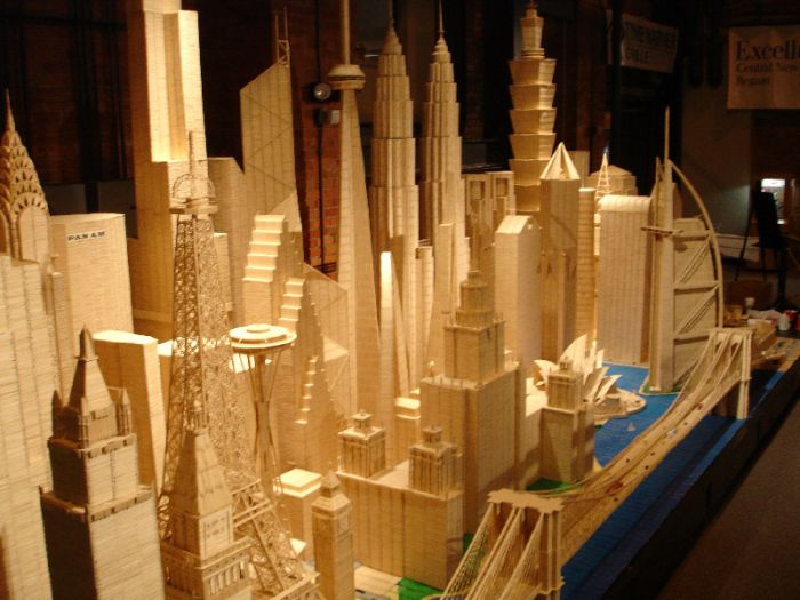 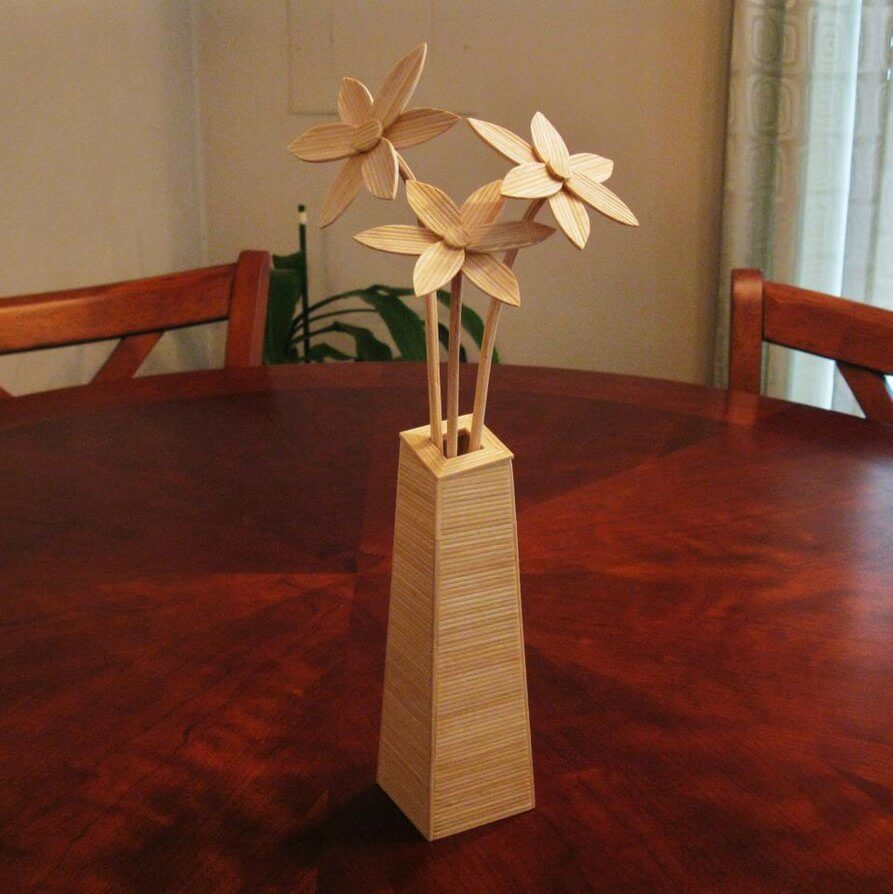 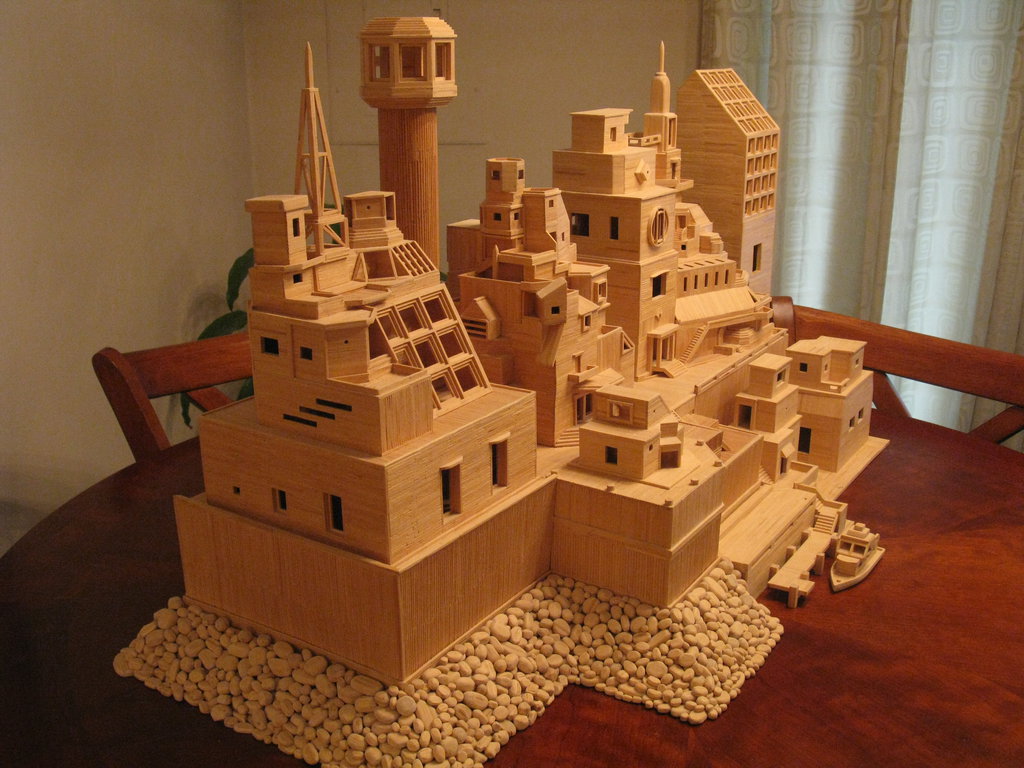 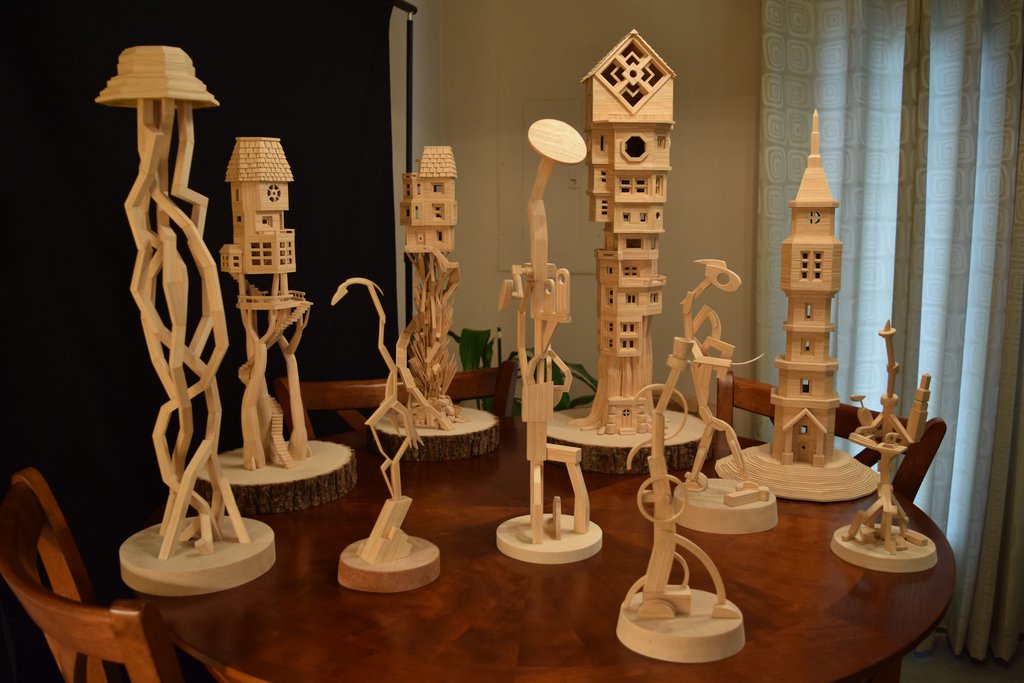 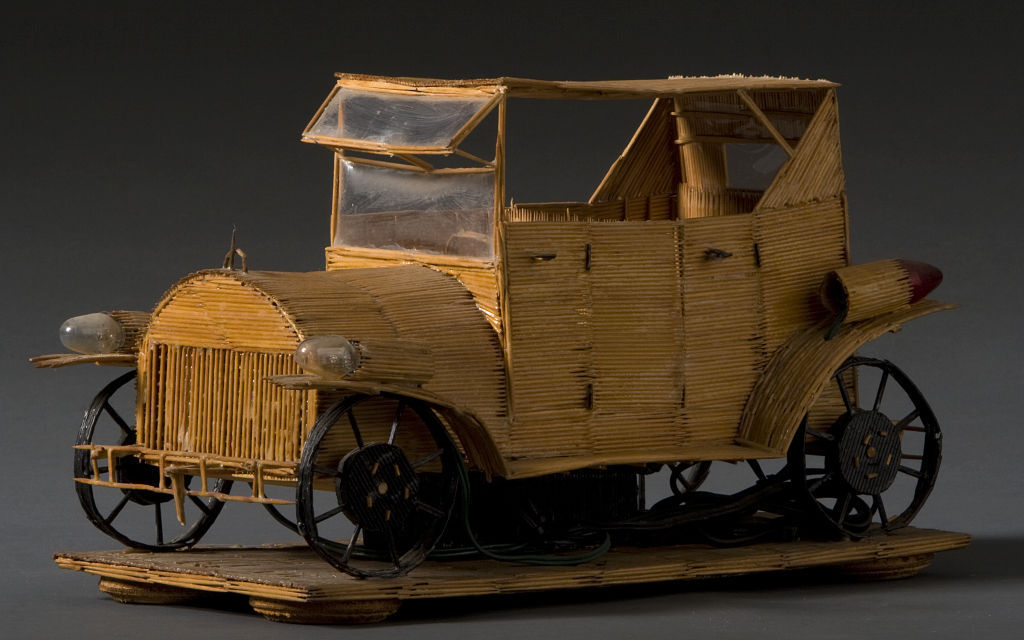 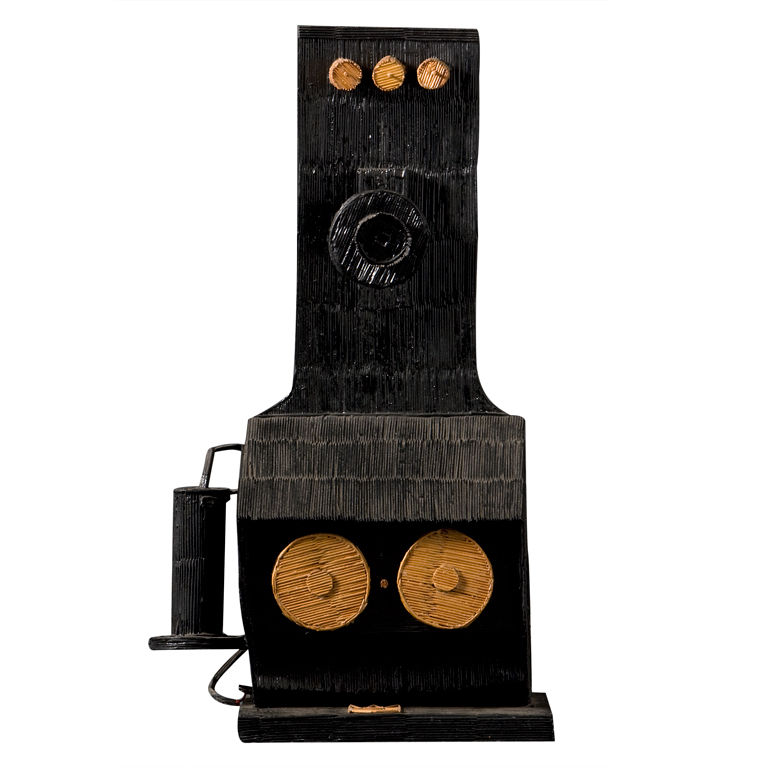 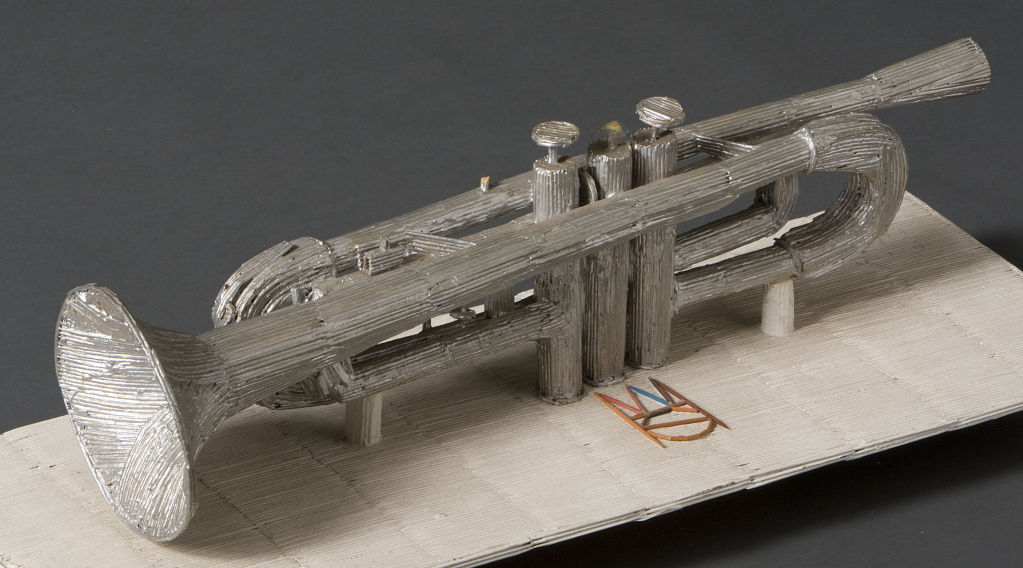 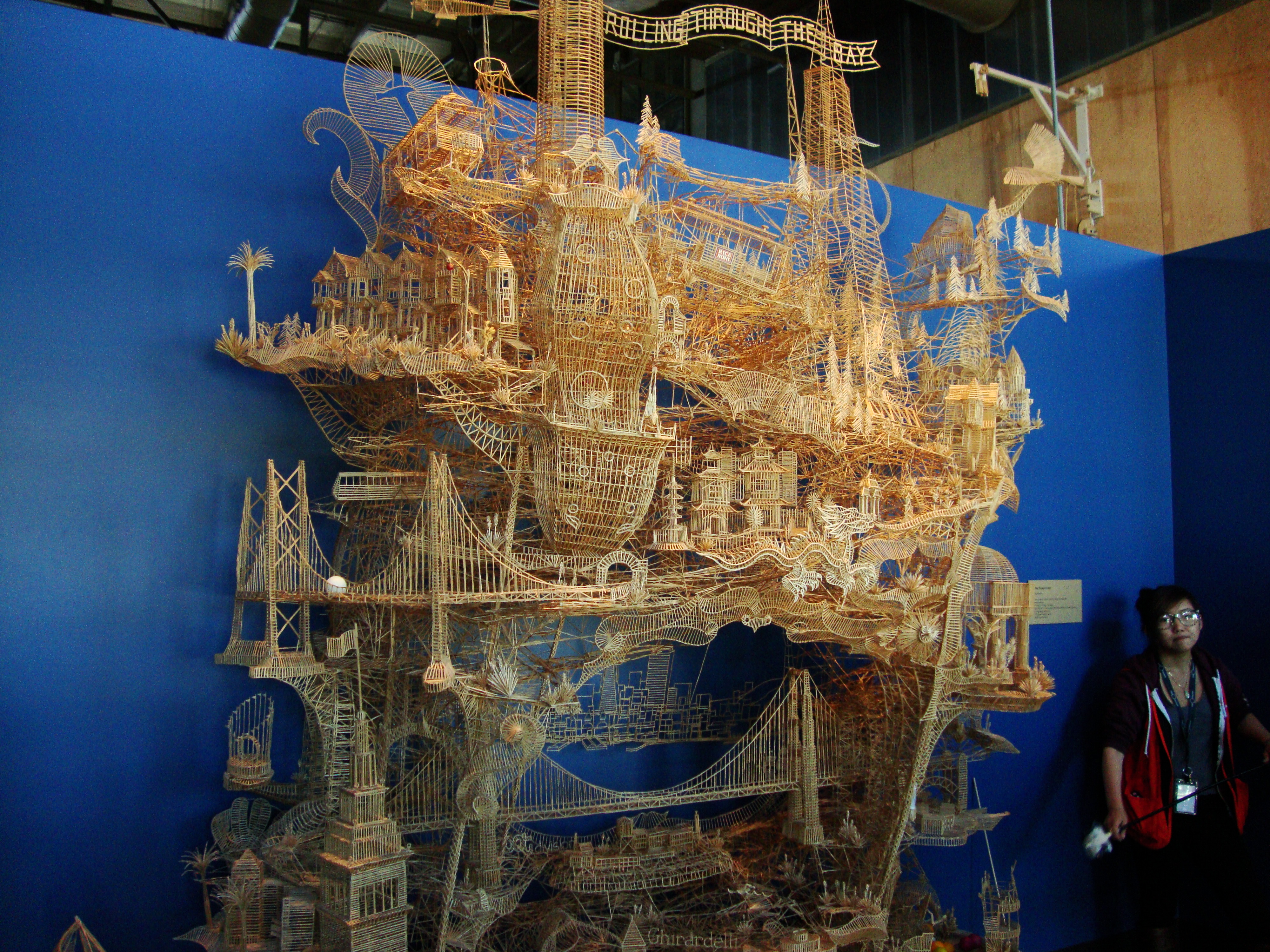 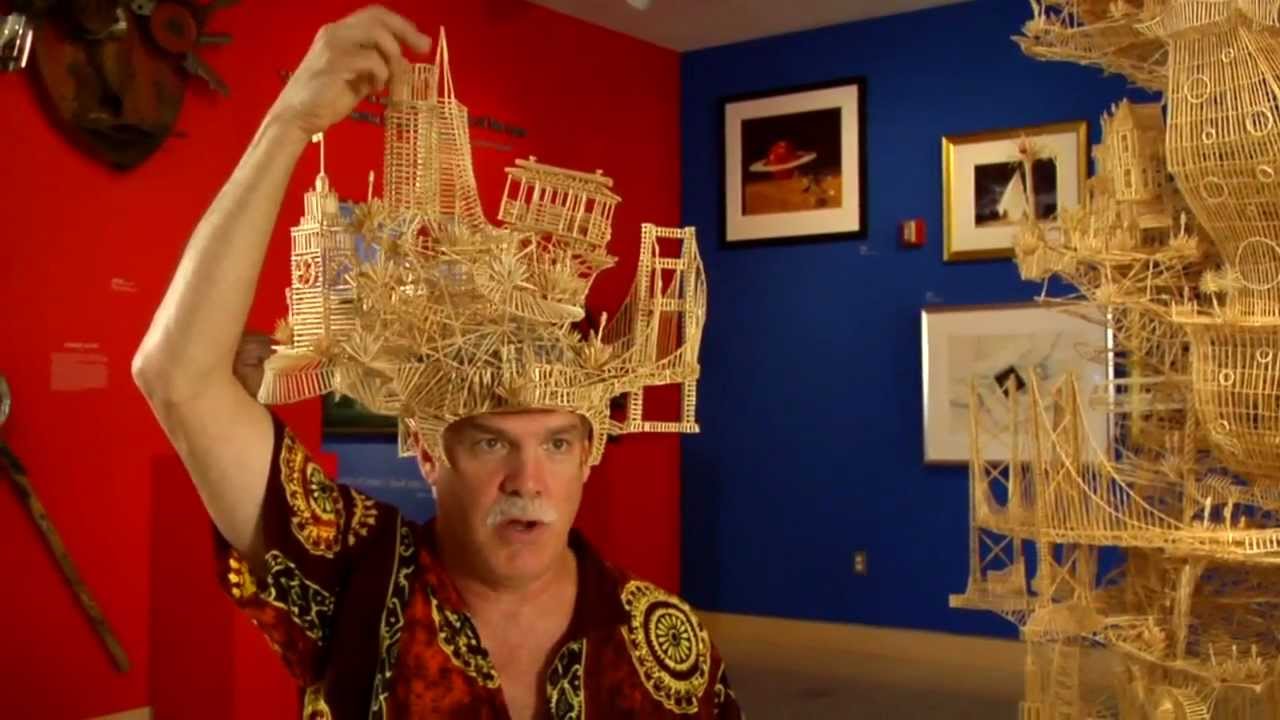 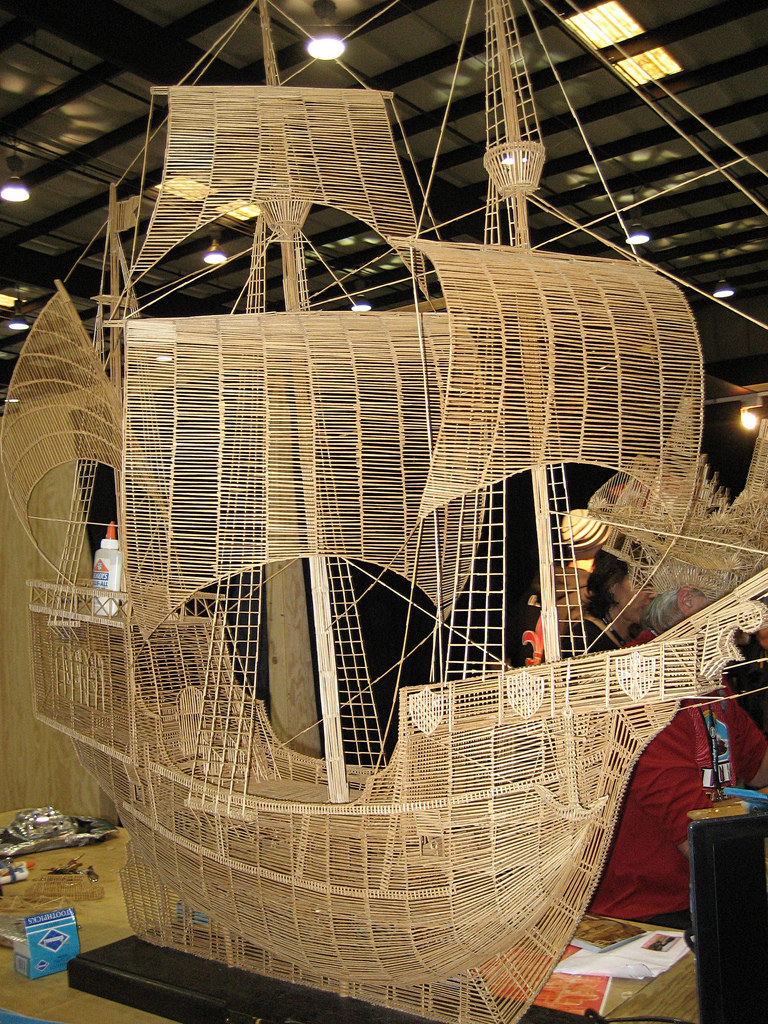 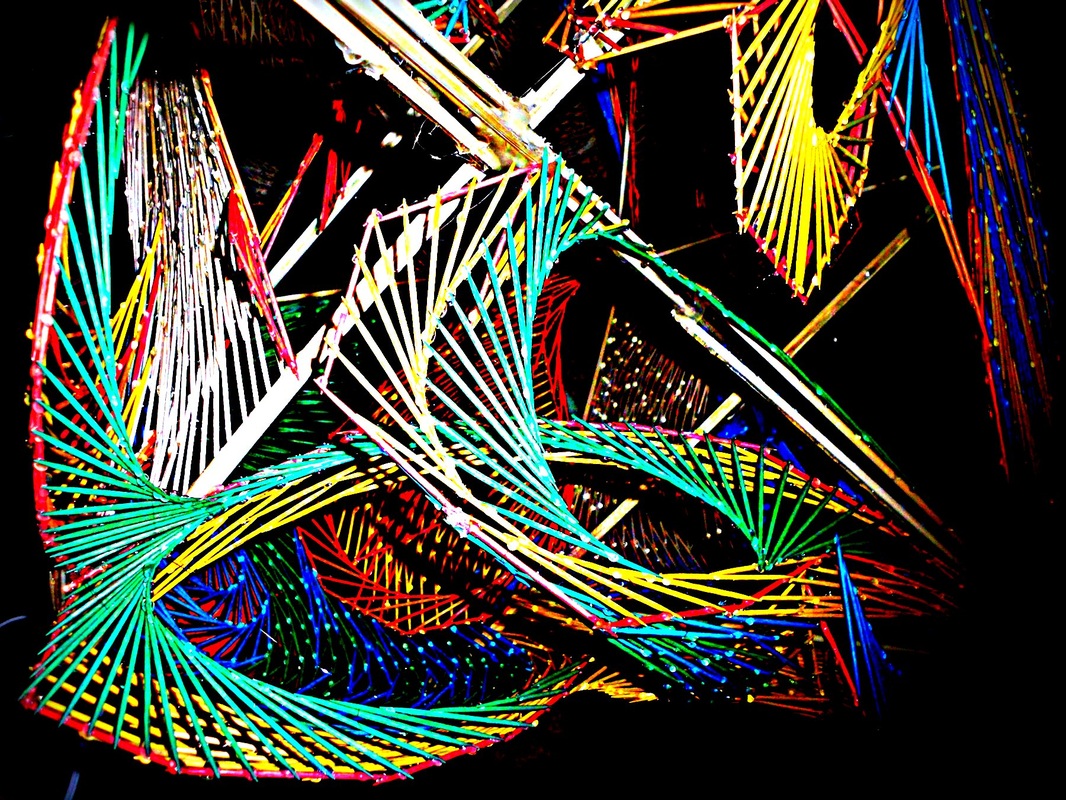 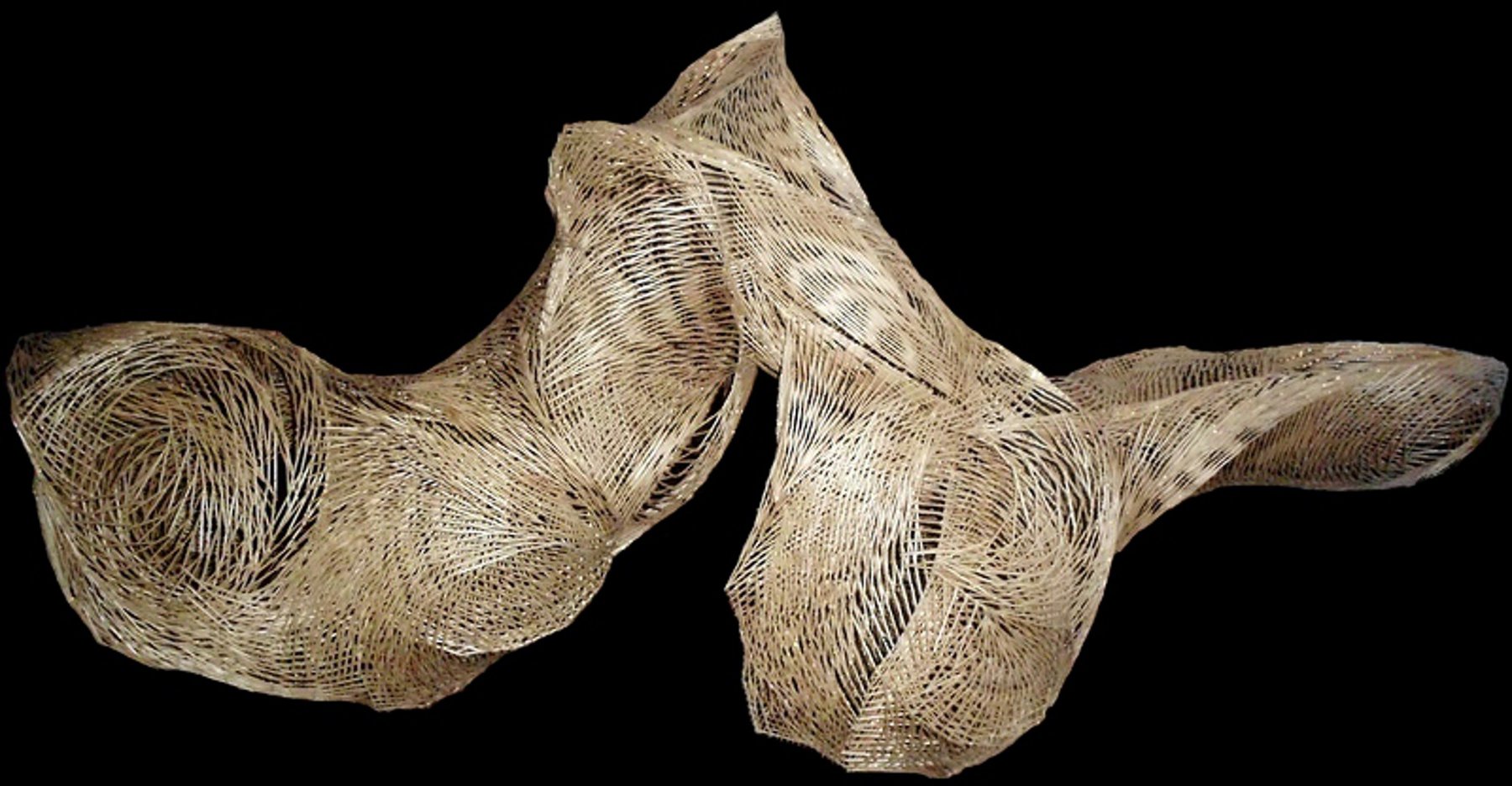 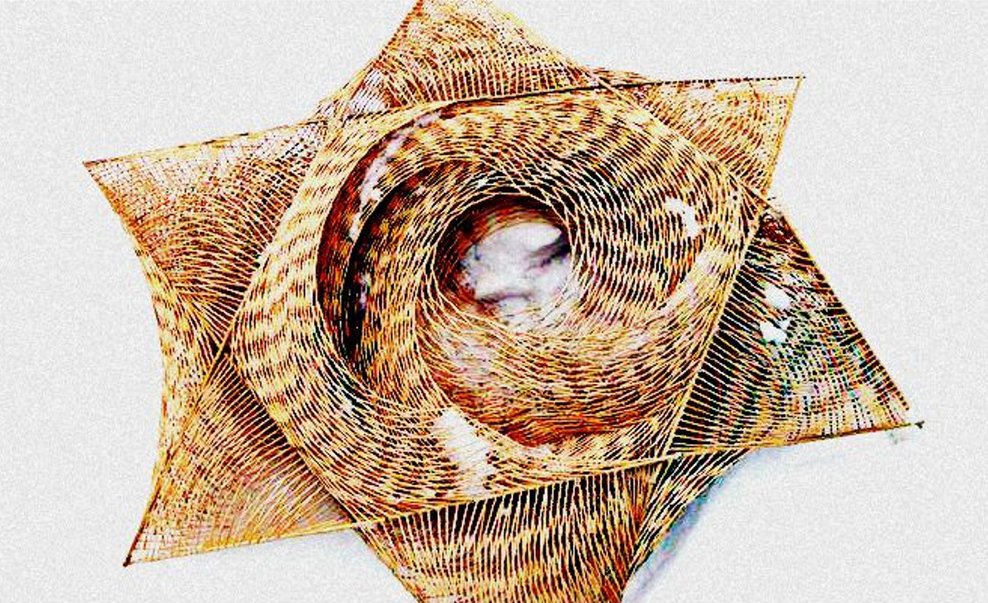 With all the options for dental picks and single-use floss loops on the market, very few people use toothpicks to actually pick their teeth anymore. While this drop in demand could have easily spelled death for the toothpick industry, it was saved thanks to the incredible, edible Internet. Many artists who use the tiny picks as their medium of choice have learned that there’s great online interest in the work they create. This has spawned a whole generation of tiny engineer craftspeople.

To celebrate what they do, we’ve rounded up the 15 finest toothpick sculptures from the 5 best artists in the game; proving oral hygiene is just the beginning.

Stan tends to prefer to be thought of more as an architect than an artist, and his painstaking replicas prove that he certainly could be, though he’s admittedly not a student of the architectural sciences, just a serious fan. He’s had 30 years of practice making toothpick sculptures, but only in the past 5 years, since his wife became ill, has he been doing it as a career. 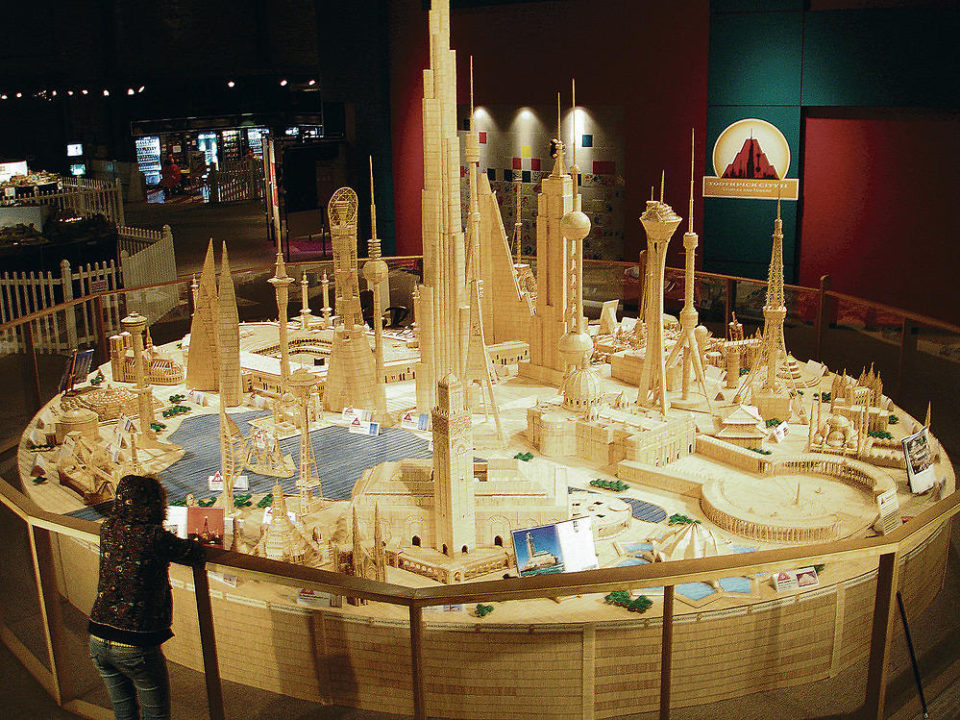 Made piecemeal, this isn’t a replica of any particular city, but rather landmarks from around the world put together in a glorious hodgepodge. Big Ben sits beside the Brooklyn Bridge, with a toothpick Cutty Sark floating offshore. 60 total buildings makeup the Toothpick World, each one made to 1:164 scale for exactness. 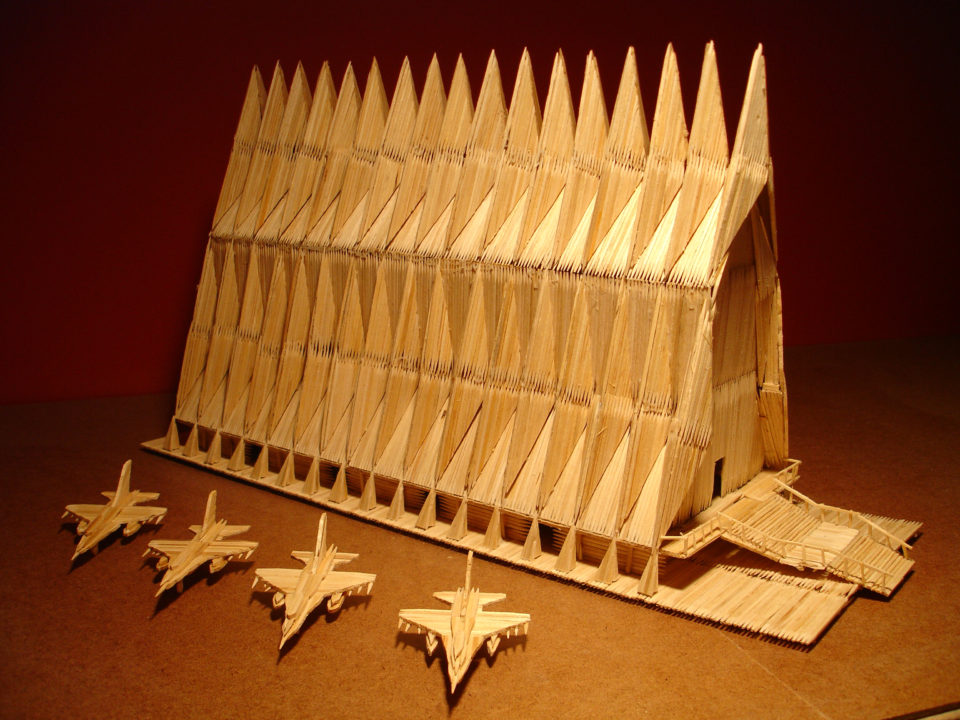 The work that began it all, the original Toothpick City is a little more crowded, but also far more grand than his second outing, simply because it tackles the most daunting structures made by man; celebrating size above all else.

Hailing from Naples, Italy, Bob was reared around astounding architecture, which fascinated him as a child. Later, while living in Hawaii, he would begin building tree forts, which is what led him to find a love of wood and construction. A single visit to Ripley’s museum helped solidify each of these facets with an eye to the fanciful. Thus, rather than building real replicas, Bob’s inventions come from his imagination, but are still architecturally sound.

Our love of this piece isn’t because of its complexity, but rather because it is instilled with such life. Creating a sculpture of a living thing that seems ready to sway in the breeze and turn toward the sun is something more than precision. 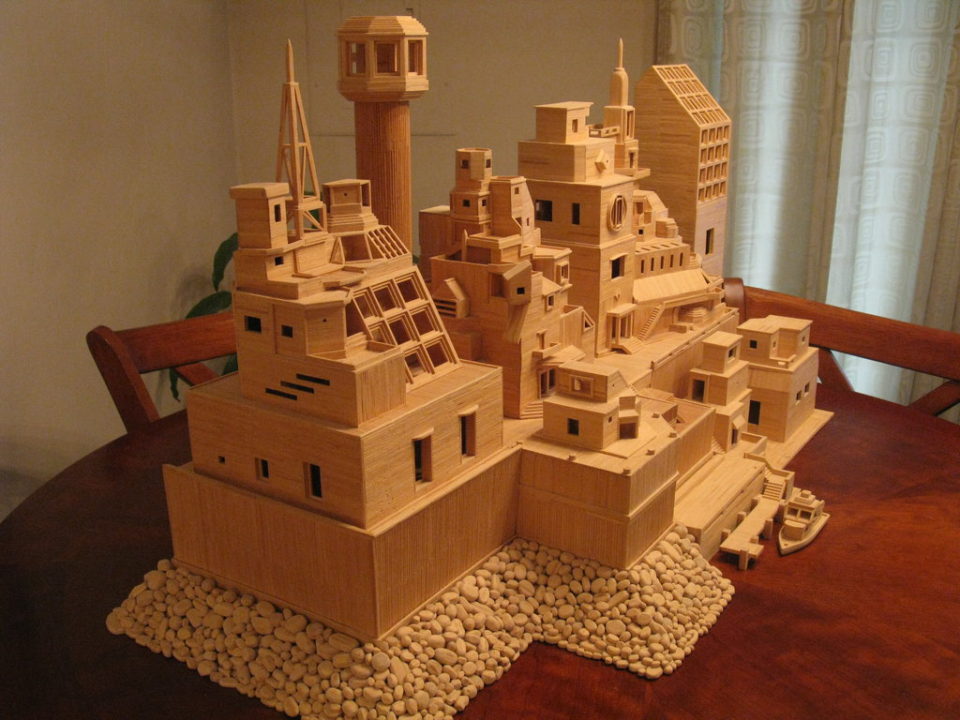 An ever-growing creation, Bob’s Toothpick City is a sculpture that he adds to on a regular basis, creating new buildings of various shapes that fit into the overall structure. The result is a town that perpetually expands and changes; art imitating life.

This is a collection of various individual pieces that Bob has done. Some are imaginary creatures, others are treehouses growing out of the fertile soil of his mind. The tower on the far right, in the rear, is a sculpture made in honor of a beloved beagle. It’s named Abby Gail Tower.

The proclaimed “Toothpick King,” Stewart was a former messenger for WMVR Radio who sold some of his sculptures to famous historic names like Minnie Pearl, Liberace, and publisher Katherine Graham. He was an African-American artist in a time when his race was often condemned by the general populace. A trailbllazer to be sure. 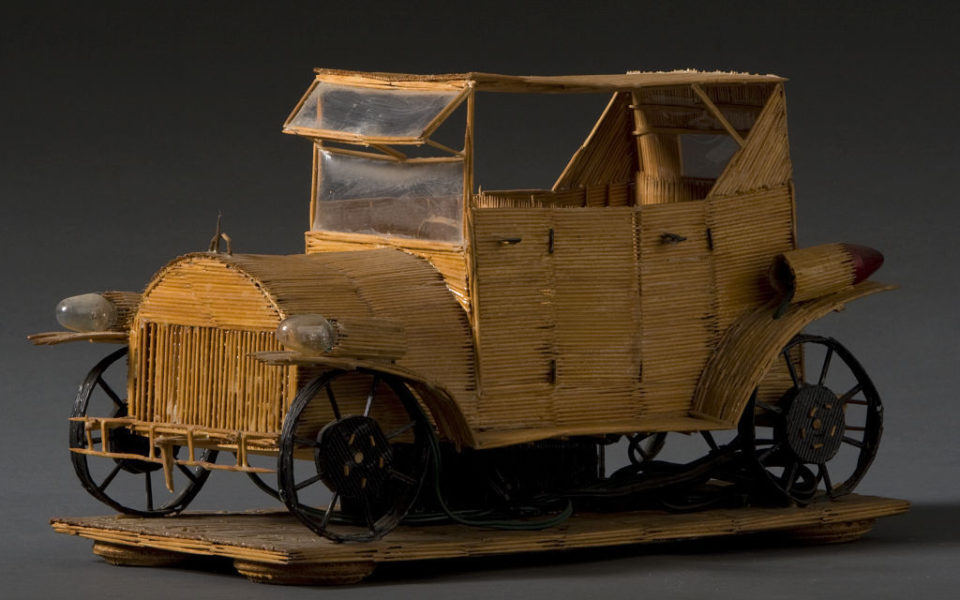 A painted replica of a Model ‘T’ by the Ford Motor Company, this has been wired to light up. Though not as exact as modern toothpick sculptors, given the rudimentary materials Wesley was forced to use, his ability to mold the troublesome picks of the time is actually masterful.

Most likely meant to be a Baird Midgetphone due to the bells being on the base, or perhaps an American Electric Paddle Phone with Burns Receiver, it’s very much interpretive, but well done for someone clearly not using a slide rule, and likely constructing from something seen from afar, or in a catalog picture. 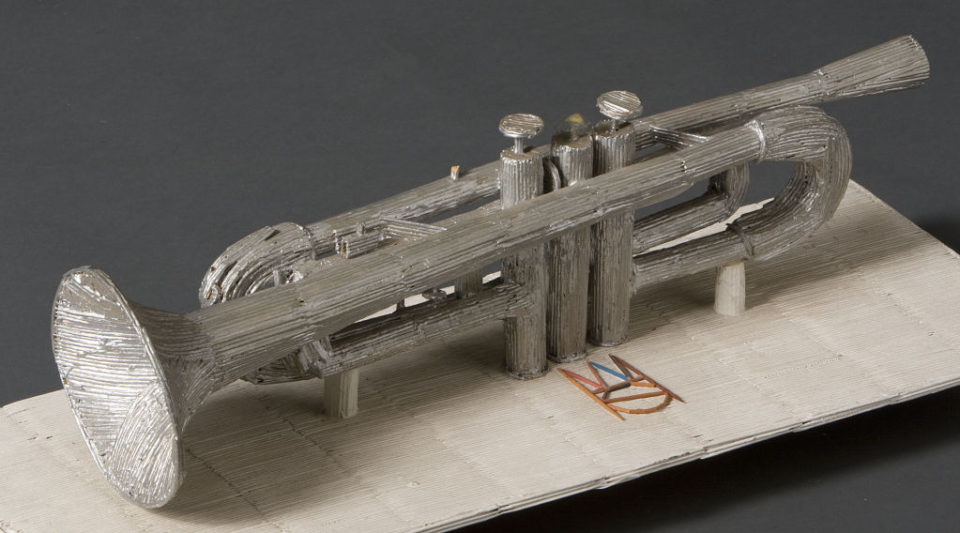 Probably attempted many times to get the curvature of the bell correct, it’s clear that Stewart had more access to trumpets than cars or telephones, as many African-Americans of the age were jazz musicians.

A native of San Francisco, with generations behind him, Weaver began working with toothpicks at a scant 8-years-old. He started with abstract sculptures, then began dealing with more exacting physics as he added ping-pong balls to his creations. He built structures that would allow balls to traverse them, creating a kinetic element that would come into play in many of his later works.

Rolling Through the Bay 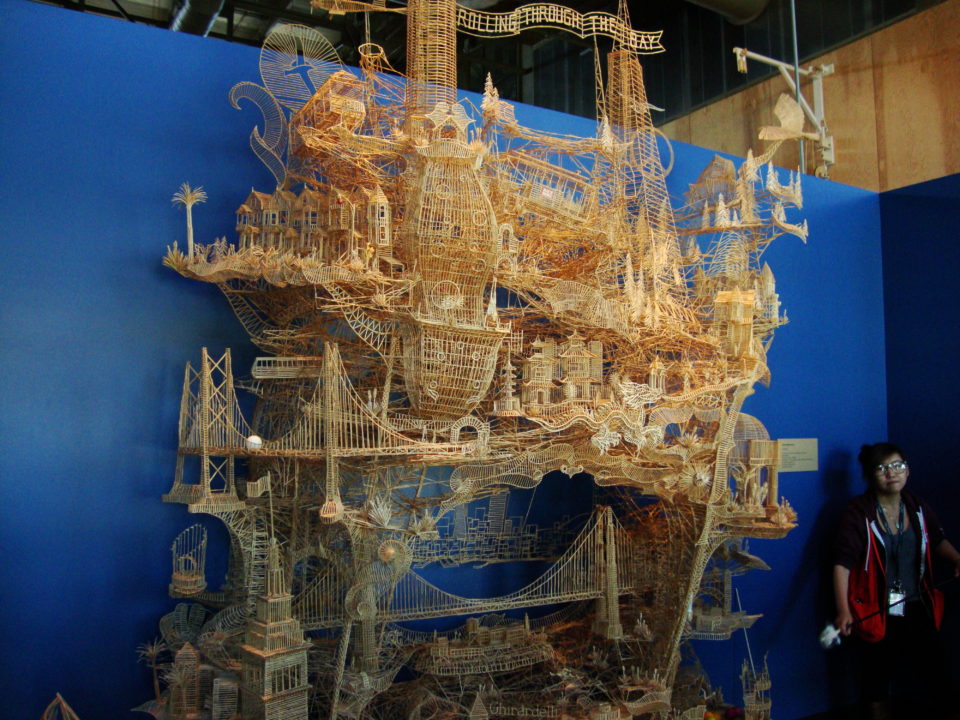 A surrealist view of San Francisco by a man who loves it, Rolling Through the Bay began as a model of the Golden Gate Bridge that became a kinetic sculpture with a turning windmill and paths for ping-pong balls running throughout. 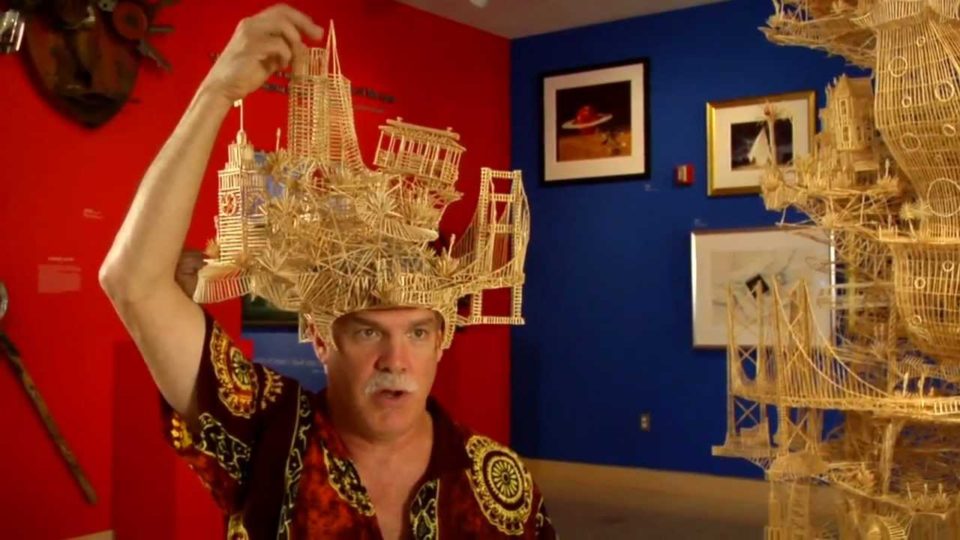 Toothpick sculptures are generally delicate, so the notion of wearing one would horrify most artists, but not Scott Weaver. This is another place to roll balls, and a whimsical hat that the artist himself likes to wear around during exhibitions of his work. 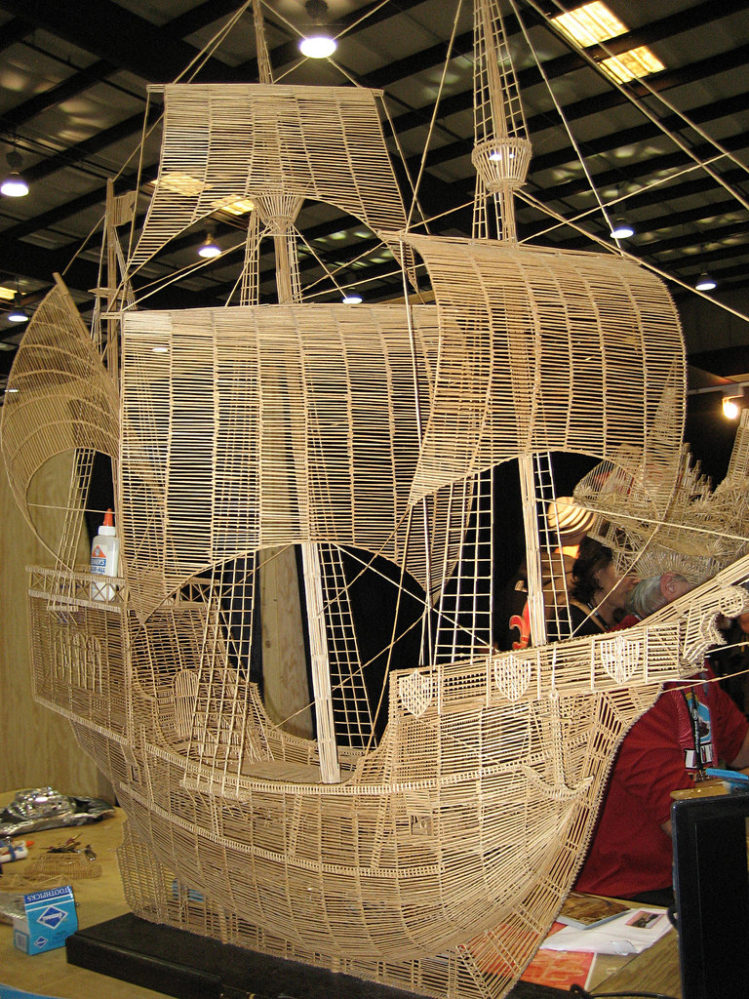 Flowing and light, this model of a galleon proves that while Scott likes to think outside reality when making toothpicks dance for him, he can certainly craft truth in a way that’s more than a set of parts.

While the other artists on this list at least dabble in realistic buildings, Franceska prefers to build concepts into her work. Inspired by mathematics, planetary movement, and the swirling madness that is both art and quantum physics, Franceska has a knack for making the mundane glorious, and giving ideas comprehensive form. 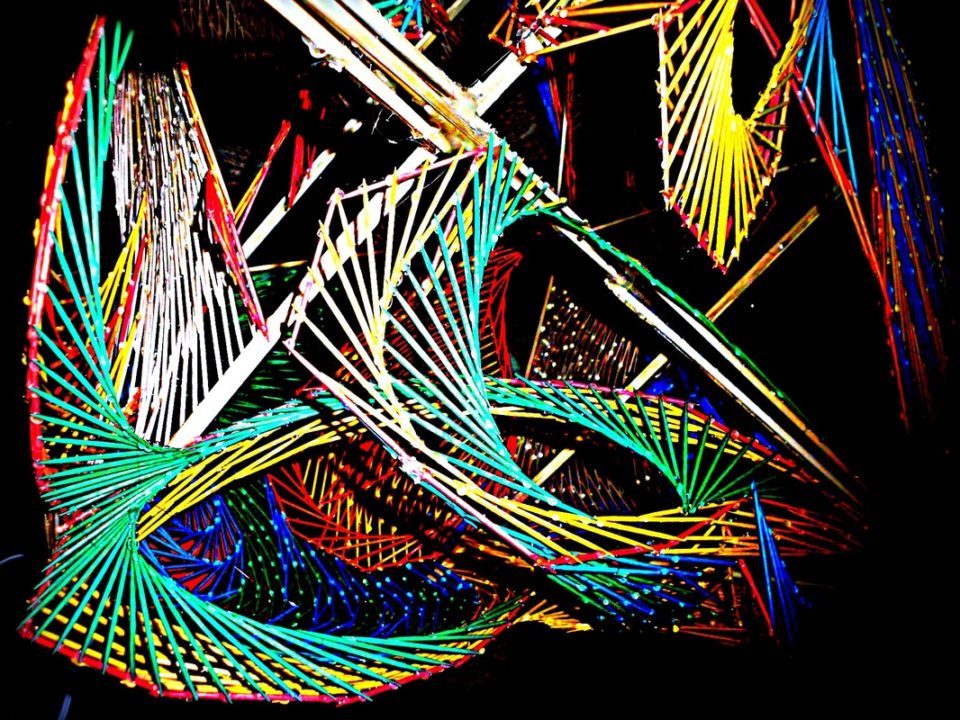 Using the movement of soundwaves based on the music of Mozart, the Euclidian pod is both a thing of beauty, and geometrically arranged for kinetic experiments. Swooping and webbed through and through, the bright coloration adds a sense of the liveliness of much of the powerful compositions of one of the greatest composers; combined with the genius of one of the finest mathematicians to ever live. 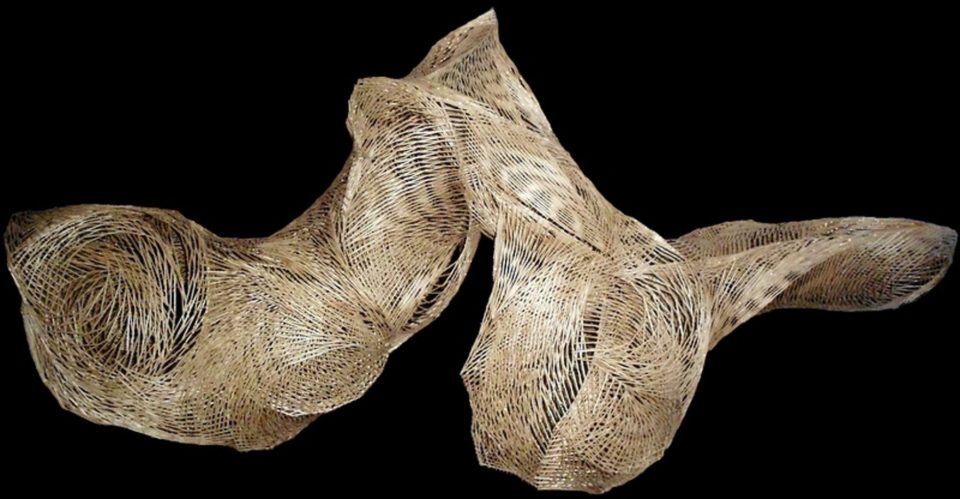 Stepping away from her otherwise numerically sound toothpick sculptures, Ms. McCullough takes inspiration from the heavens in building a winding, wild representation of the snakelike Draconis constellation. It’s free-form done the way it’s supposed to be. 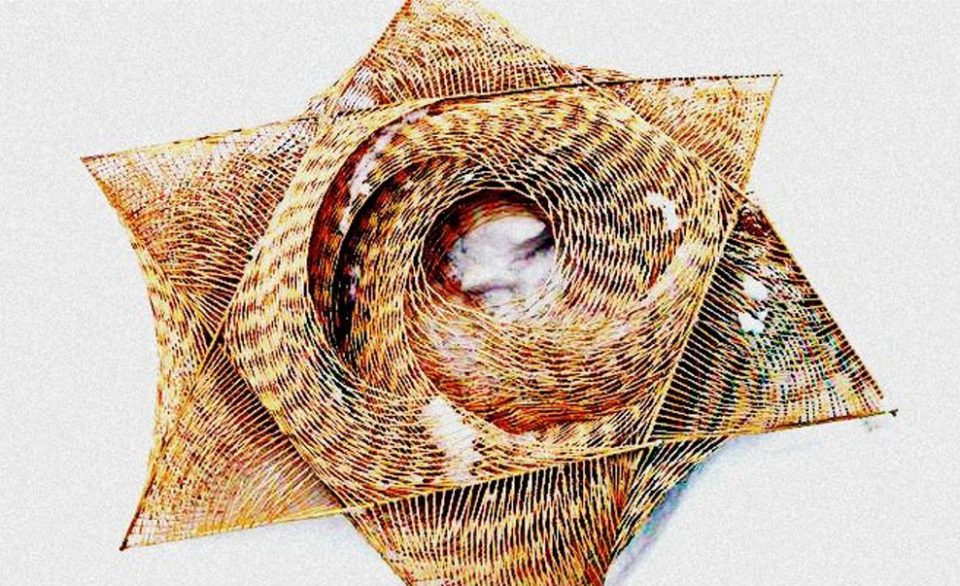 This is an unfinished sculpture that will ideally one day be raised up as tribute to those who lost their lives, and those who survived the Nazi Holocaust. Intended to eventually be 6 million toothpicks strong, you can already see that it begins with the Star of David as its base, showing the Hebrew roots of the piece.