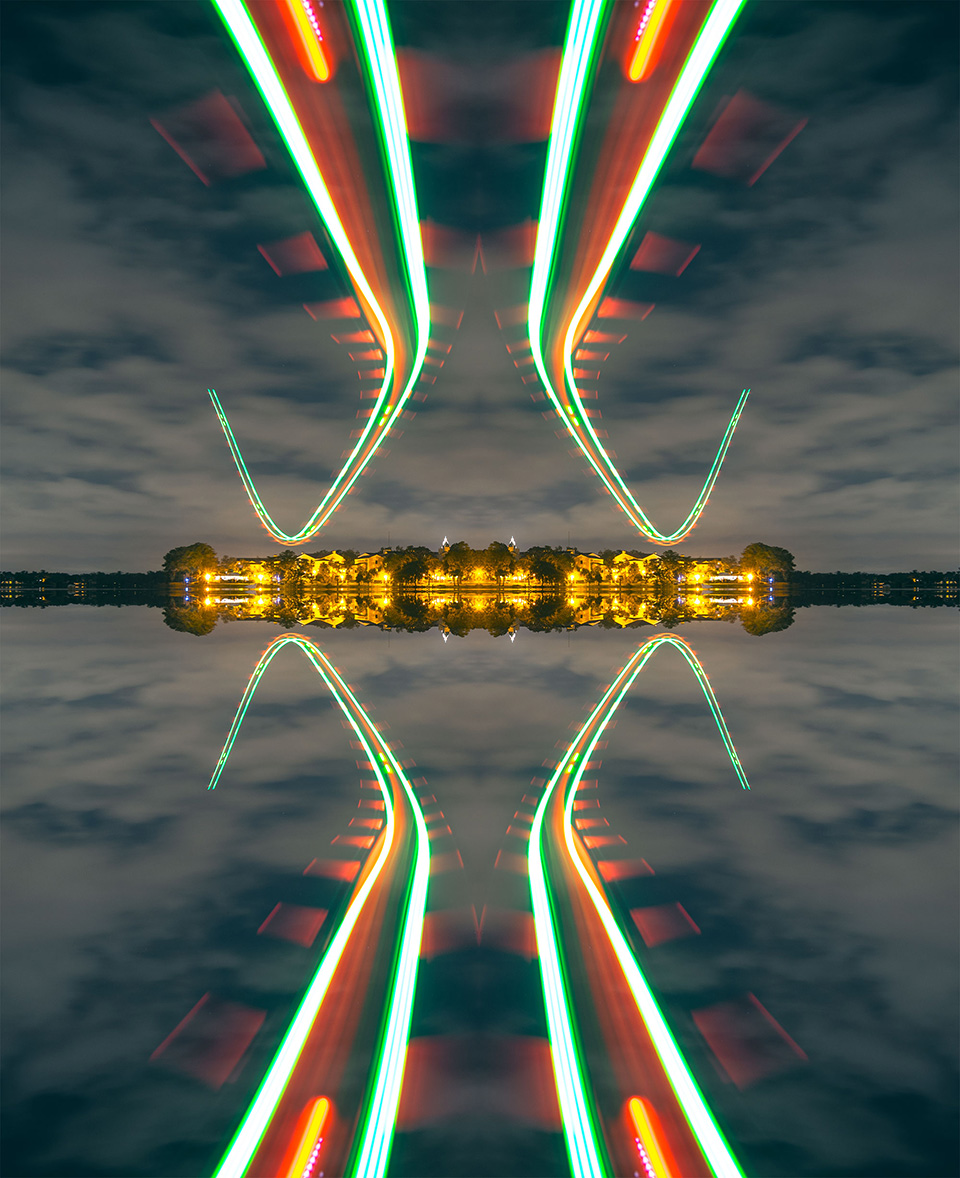 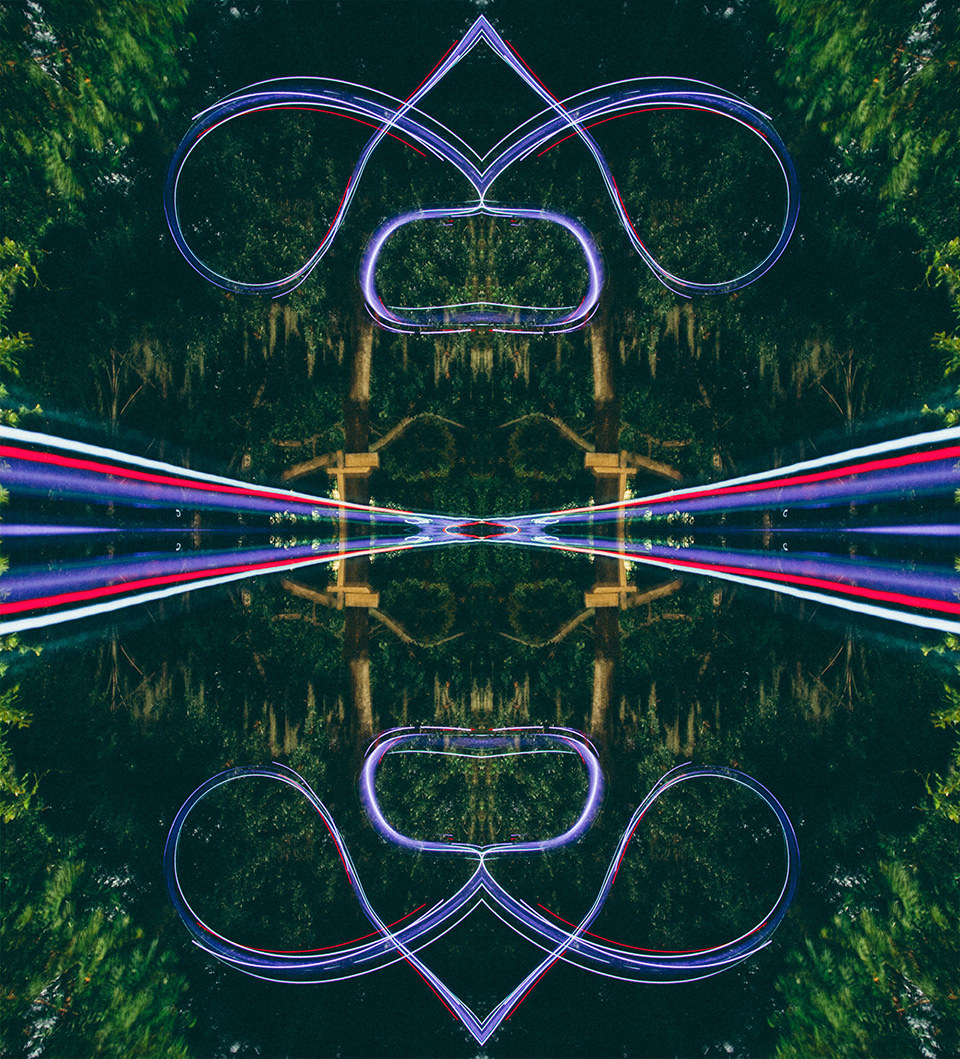 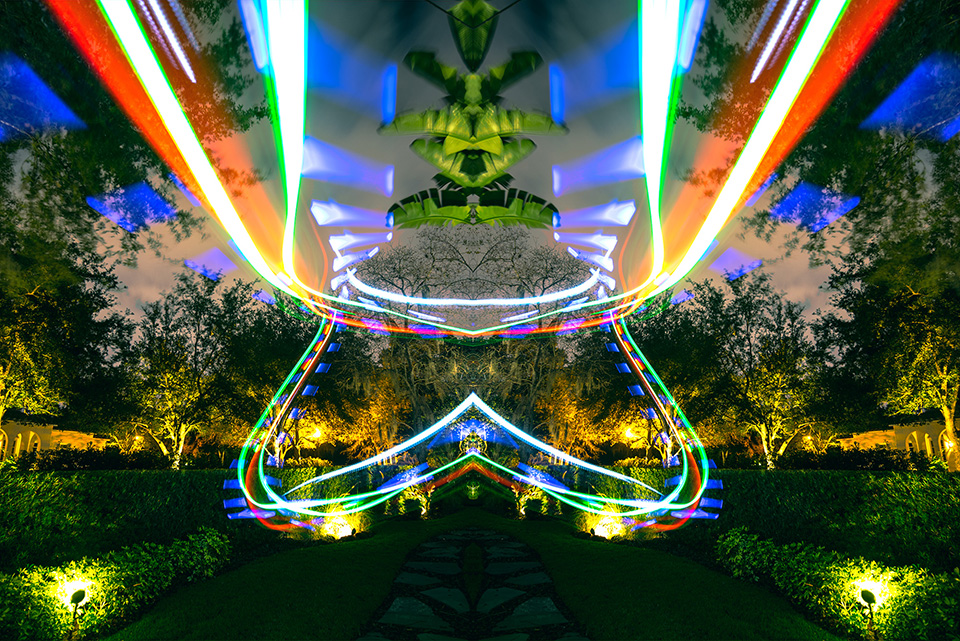 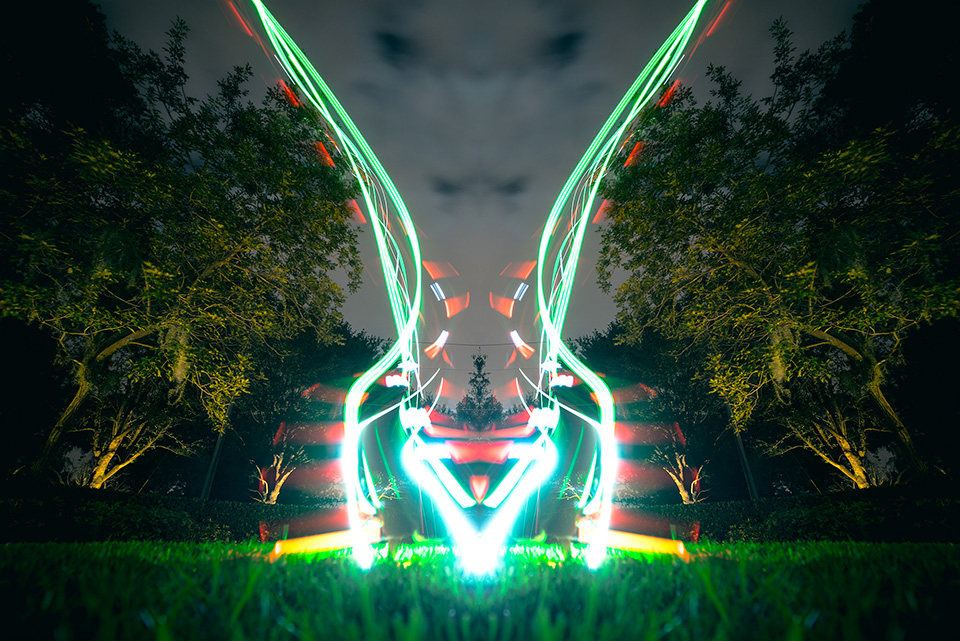 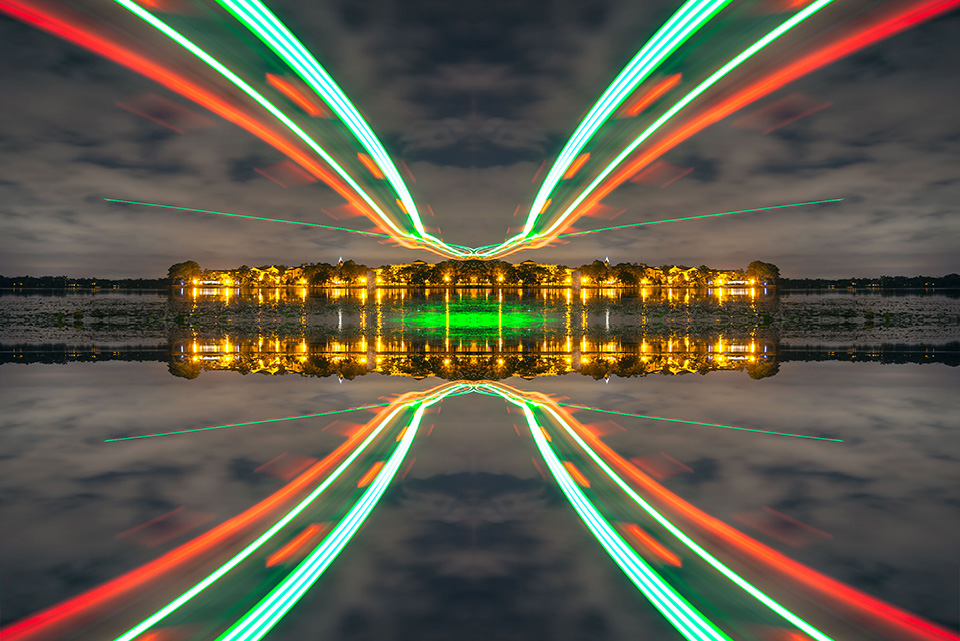 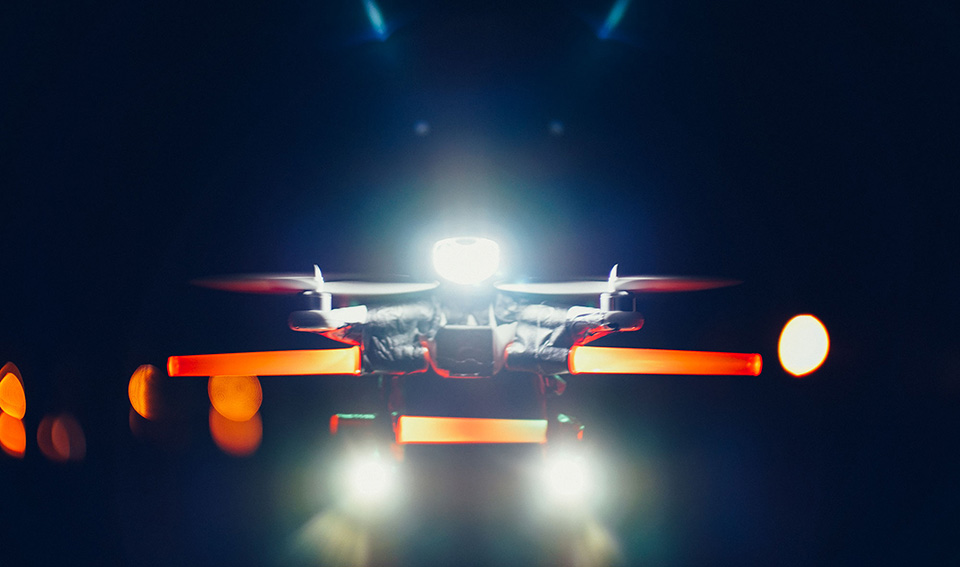 First thing’s first, let’s start with a primer on light painting – a form of long exposure photography. Basically, they’re what you get when you take a picture and move a light source in front of it (or move the camera) before it’s finished capturing the scene. It’s a pretty remarkable form of art, one that we’ve covered in depth here on TheCoolist (read: Light Graffiti: 10 Masters of Light Painting Photography)

Thanks to the artist and robotics enthusiast FICTION, it just got a whole lot cooler. FICTION has discovered a whole new method of creating light paintings, and – spoiler alert – it involves robots. More specifically, a DJI Phantom Drone.

Before you ask, no, the robot wasn’t the one taking the pictures. It was the subject. See, what FICTION did was was pretty simple: he strapped the drone with some lights (apparently, bought from Home Depot), then set it loose into the night sky. While it flew around, he took a whole host of long exposure shots of the ‘bot. The results were pretty cool (as was the story behind them), but they were otherwise pretty vanilla pictures. 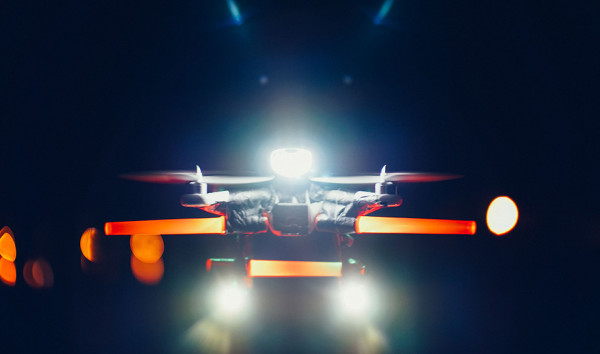 FICTION wasn’t quite content to simply leave them as they were. Once he was satisfied that he had a large enough collection of images, he took to Photoshop, where he proceeded to mirror them into patterns. His goal?

Believe it or not, it was to pay homage to Close Encounters of the Third Kind.

“I’ve always loved the aesthetic of the movie Close Encounters of the Third Kind,” he writes on his blog. “I love how they used lights to imply the shapes of the UFO as opposed to spelling it out for the viewer. So I figured I would try to recreate a similar vibe with the DJI Phantom and see what would come of it.”  I’d say the photos turned out rather well, wouldn’t you?

It gets better, too – there’s more to come from this artist.

“I want to strap the world’s brightest flashlight to it and see what happens. Maybe it’ll fly through the forest like a UFO with a tractor beam,” adds FICTION. 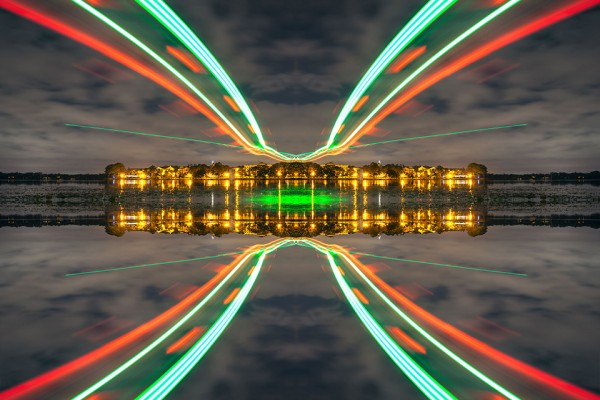