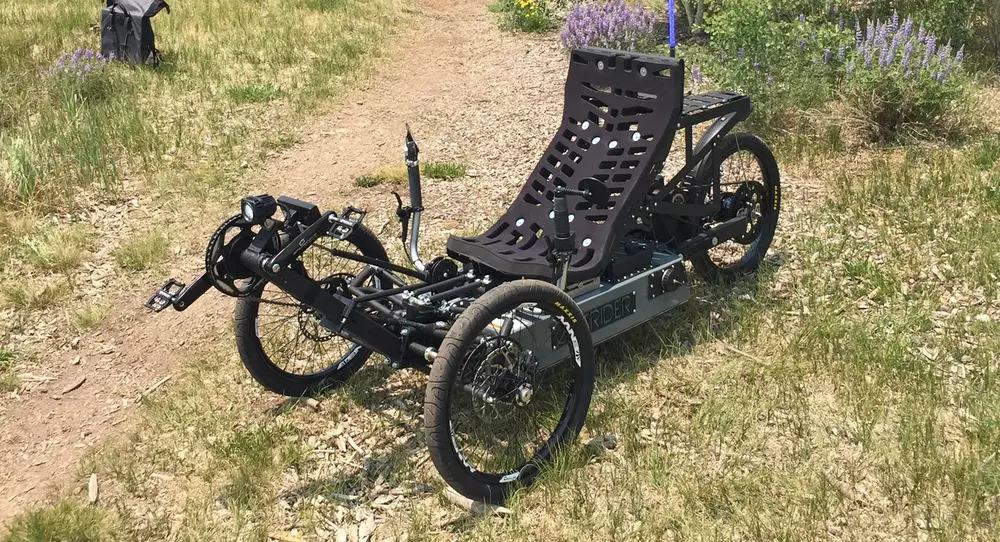 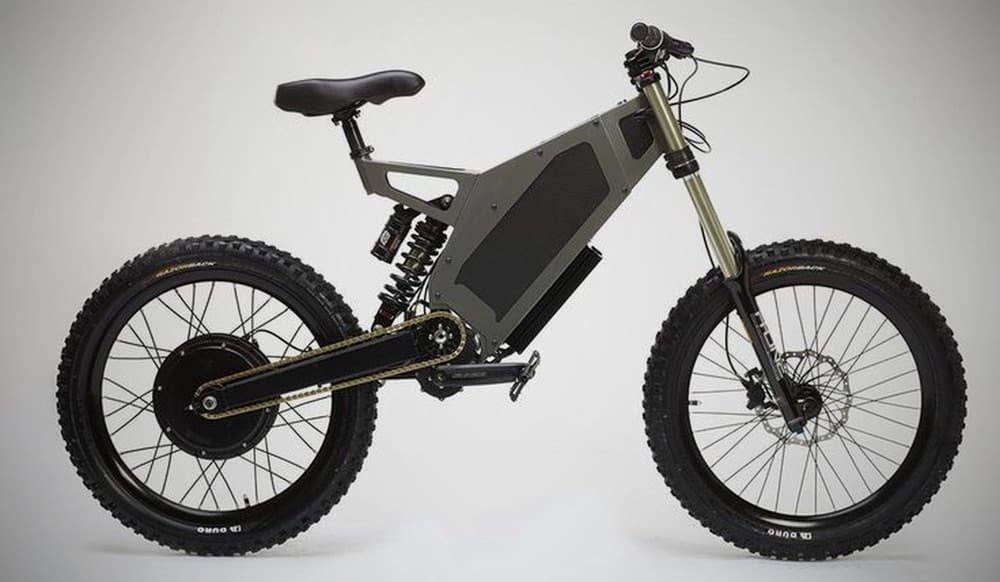 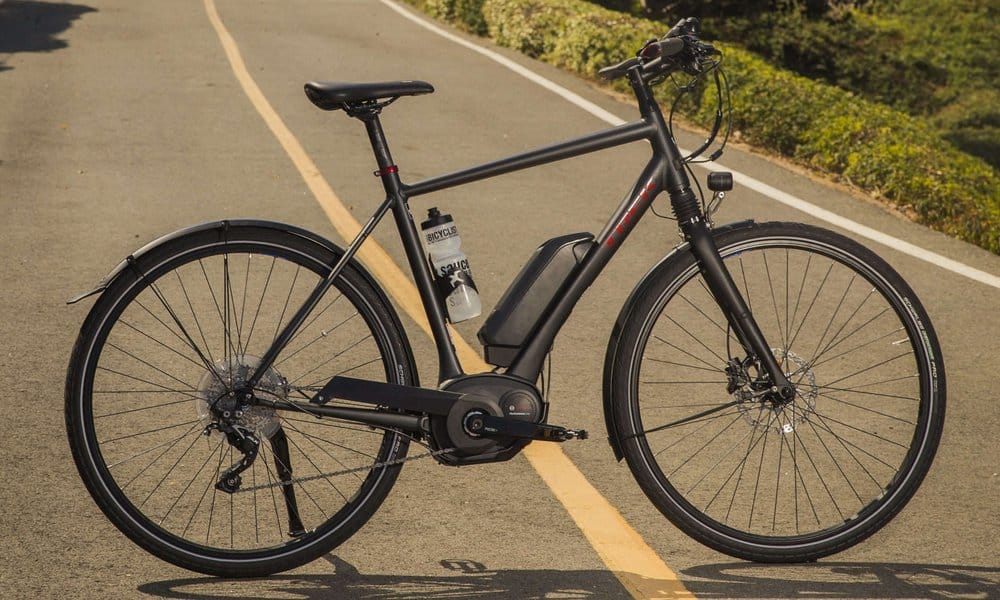 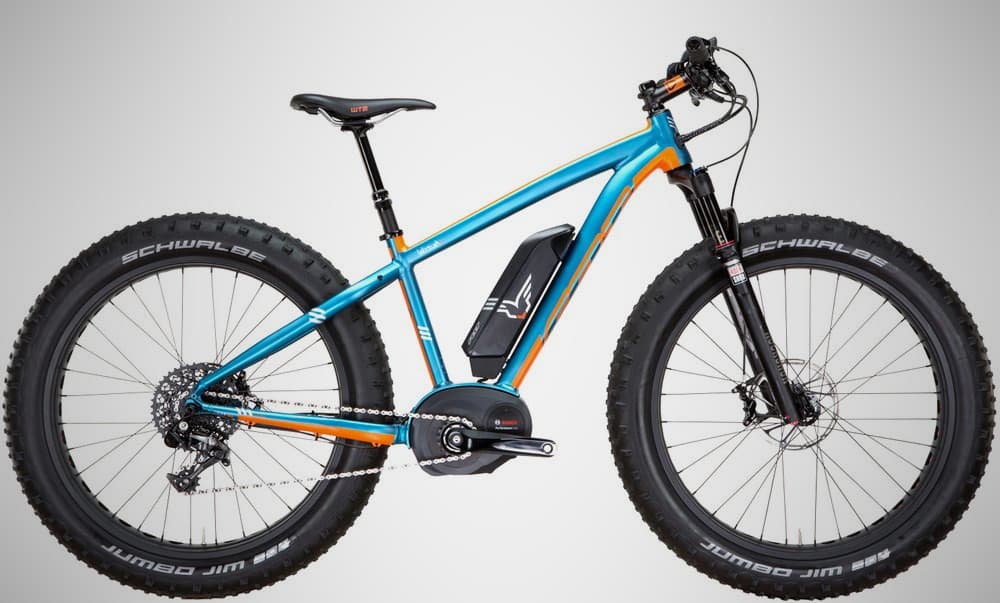 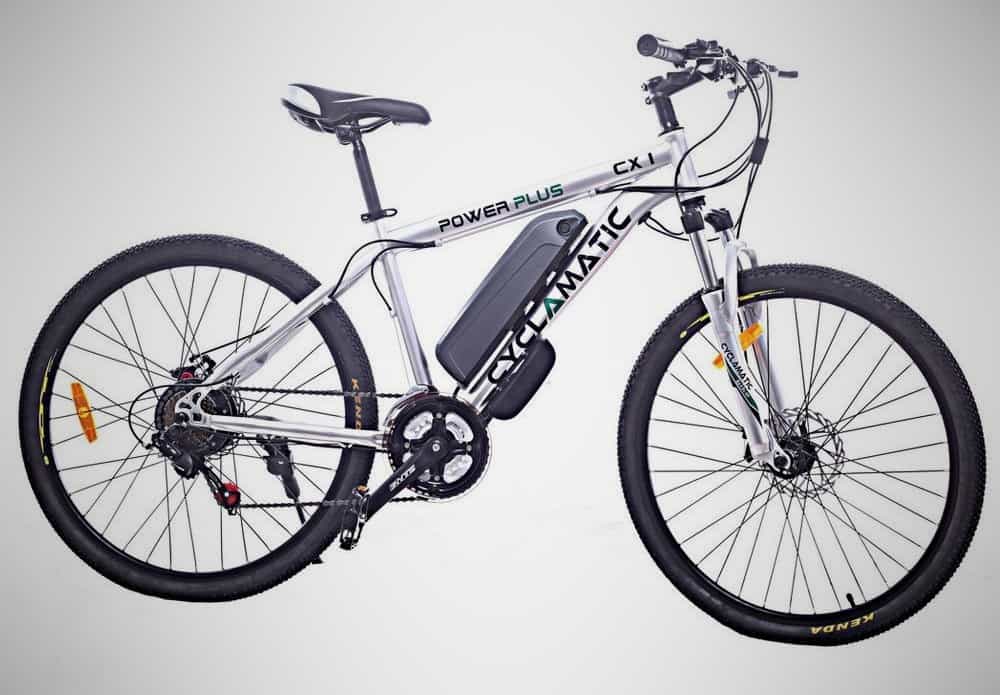 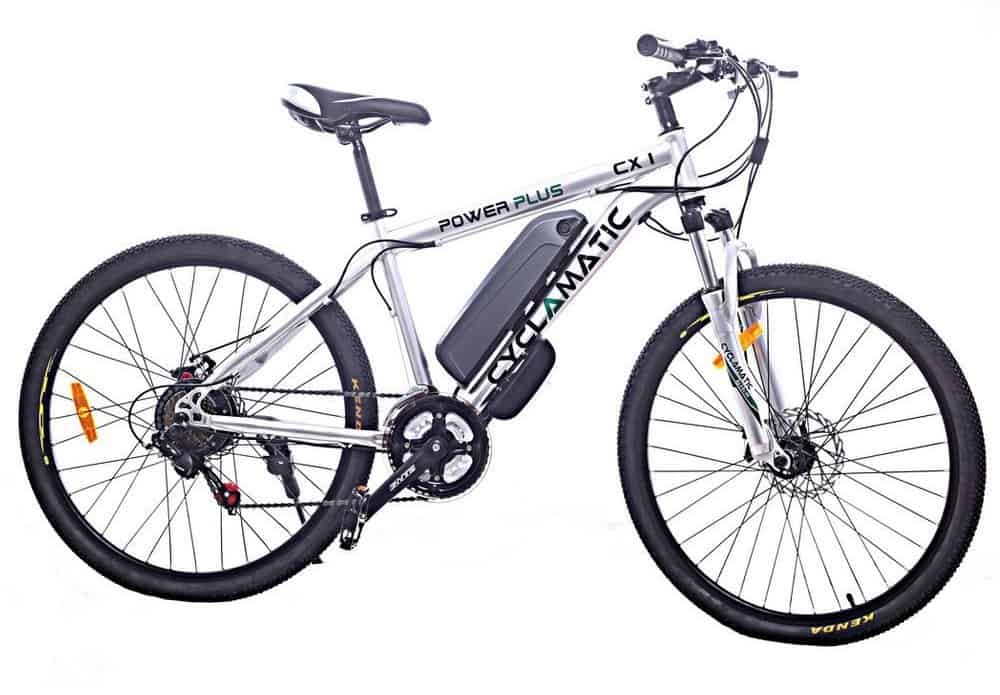 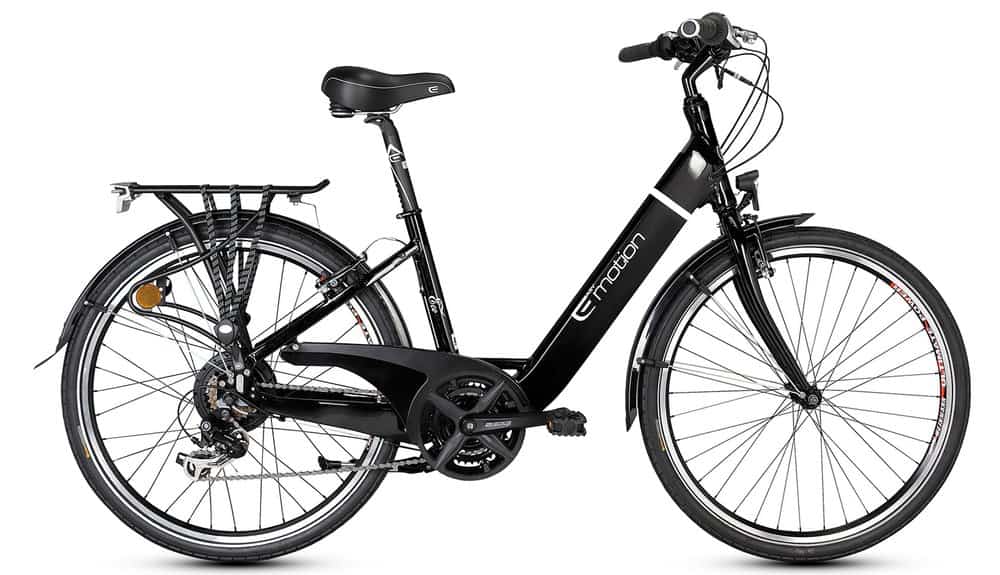 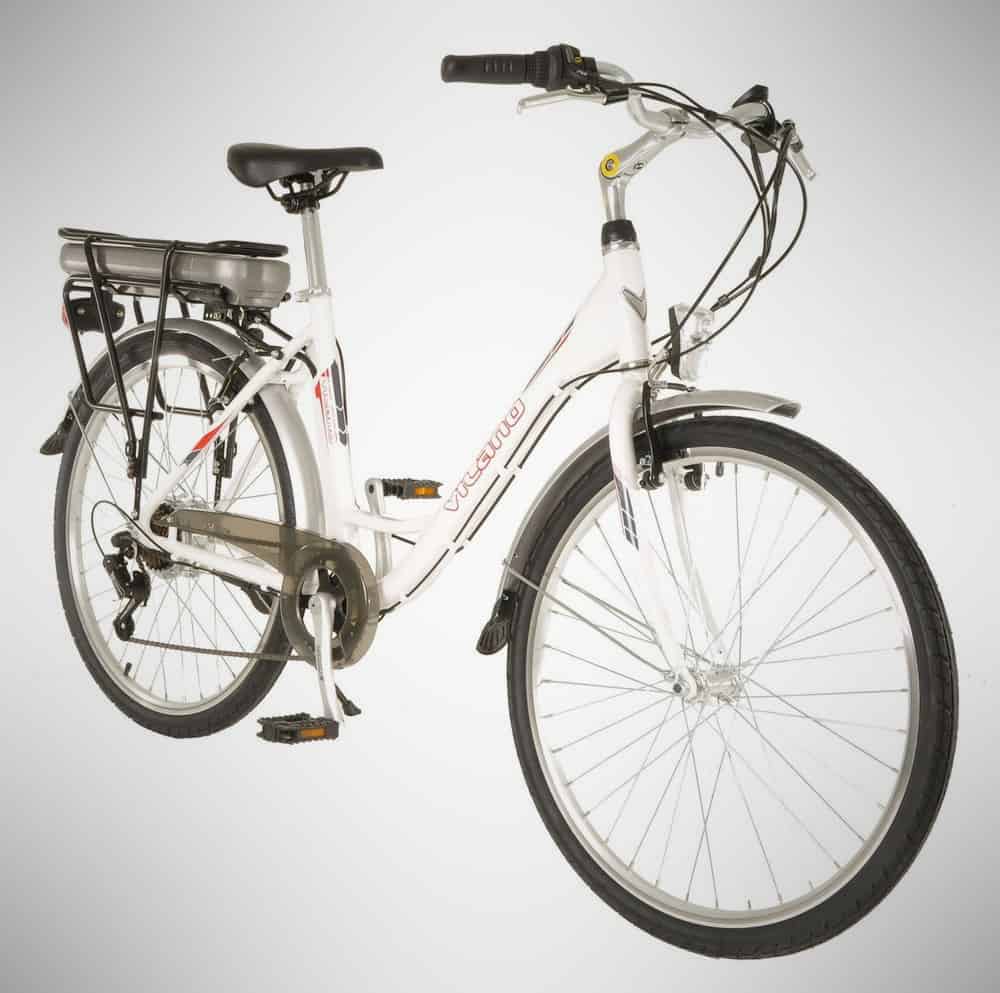 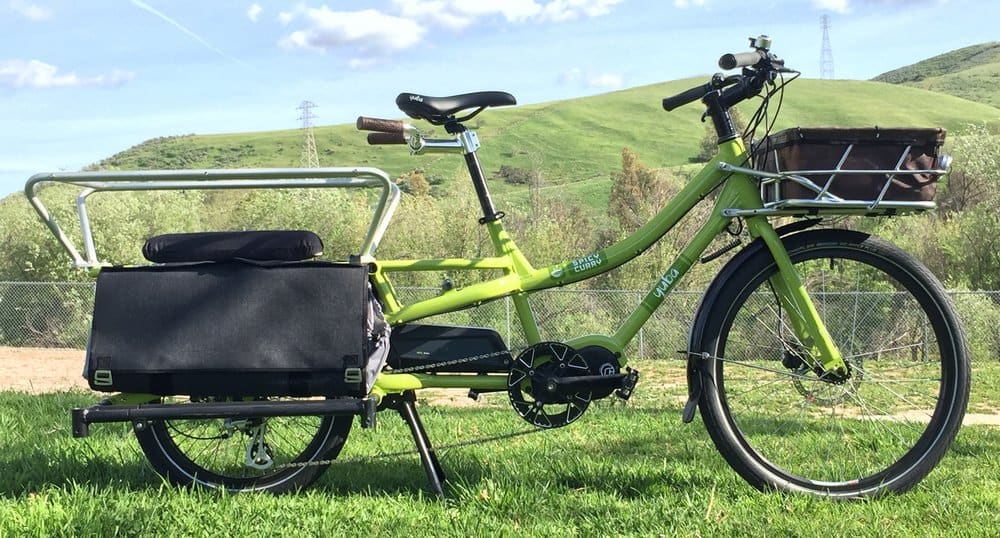 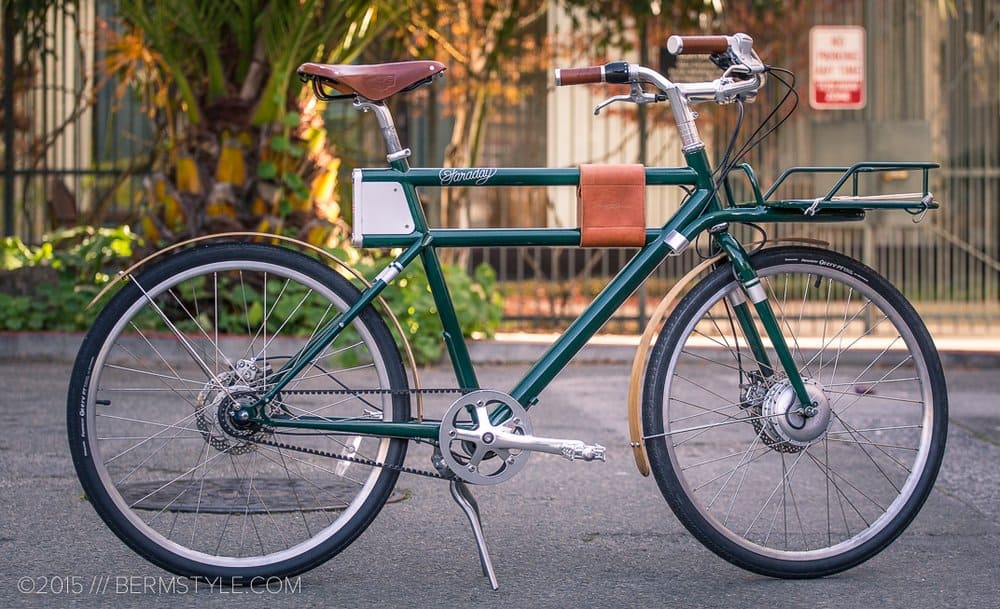 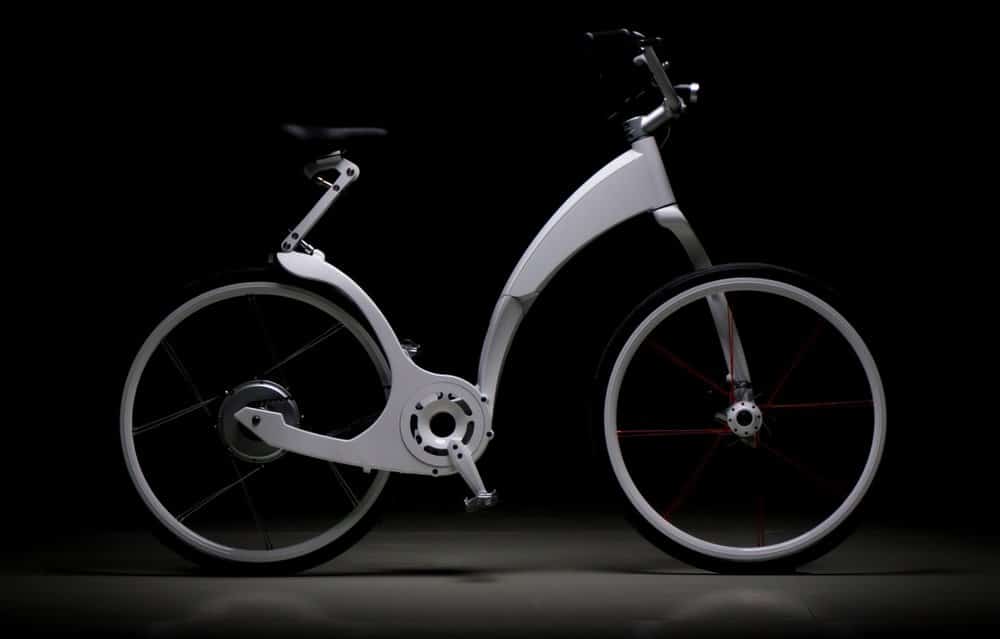 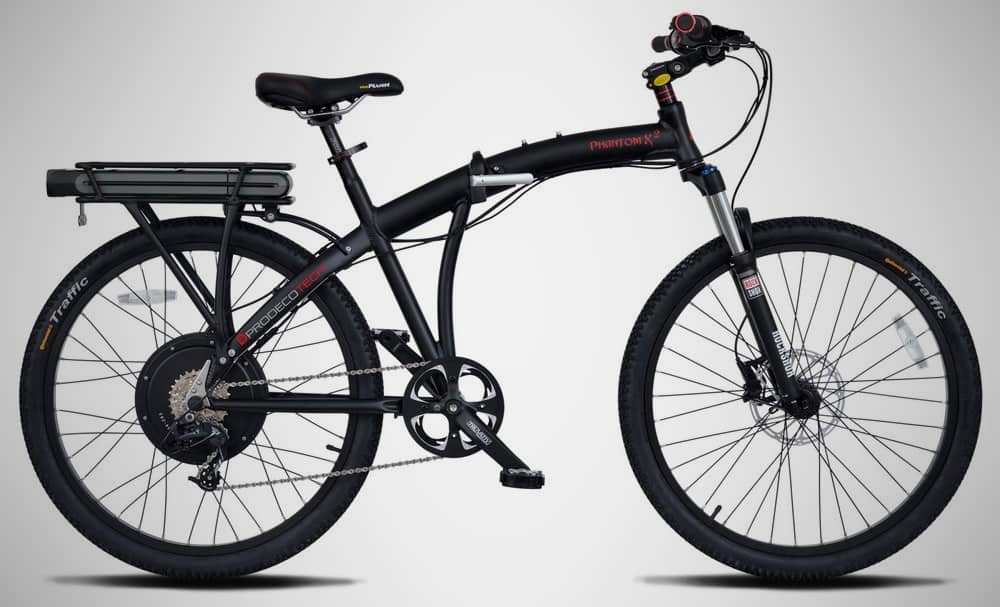 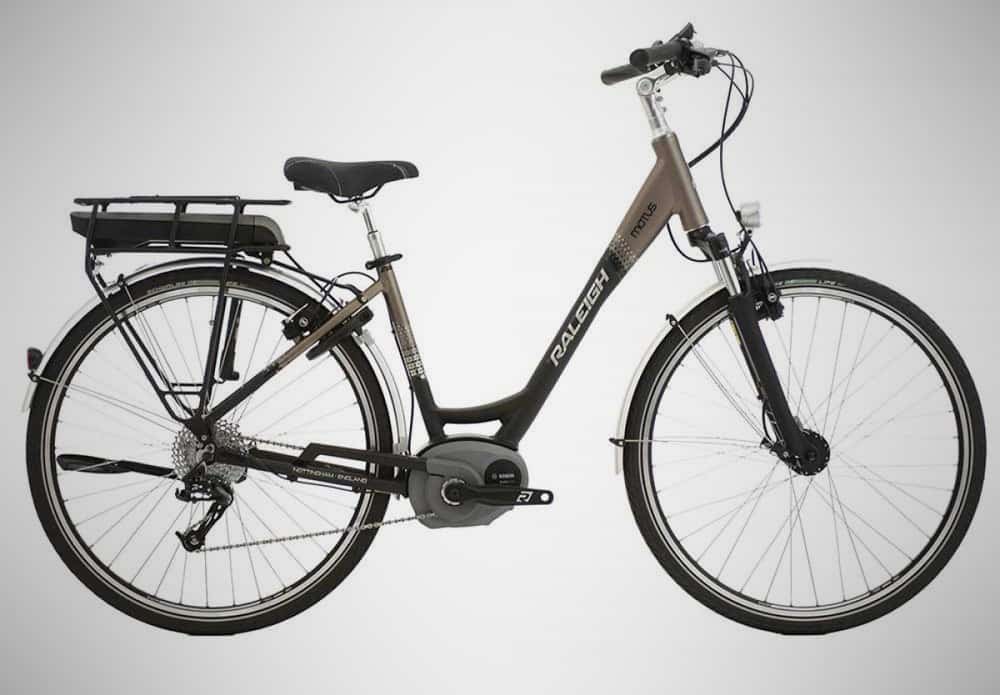 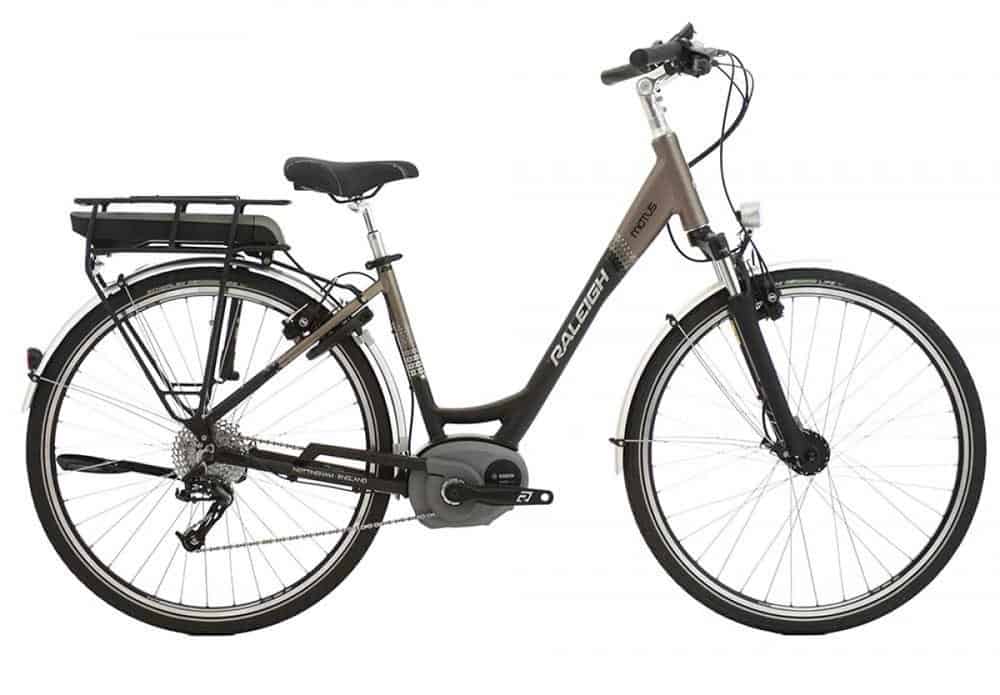 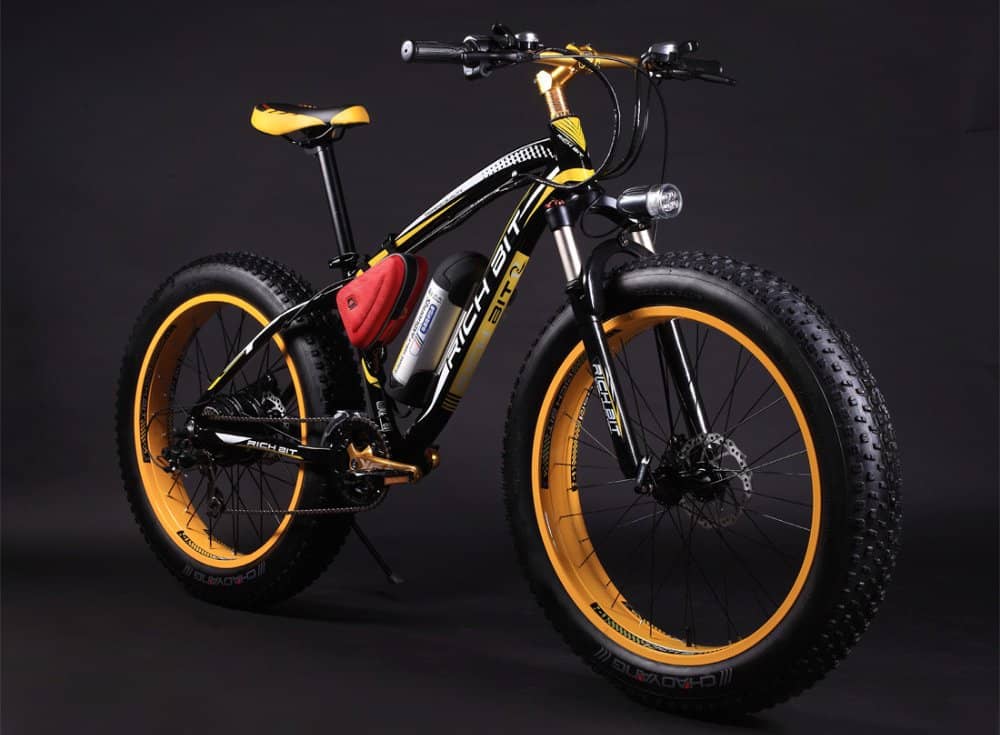 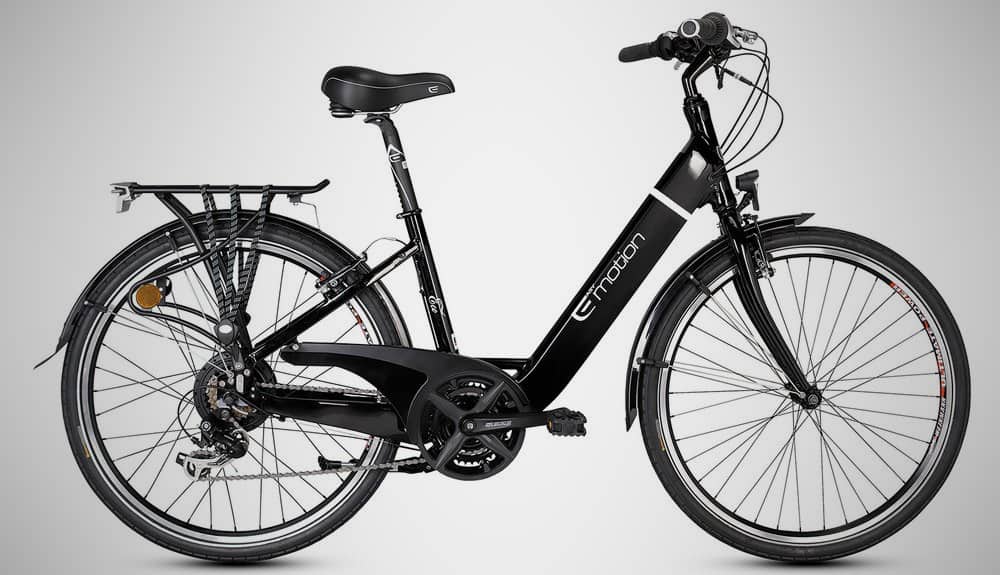 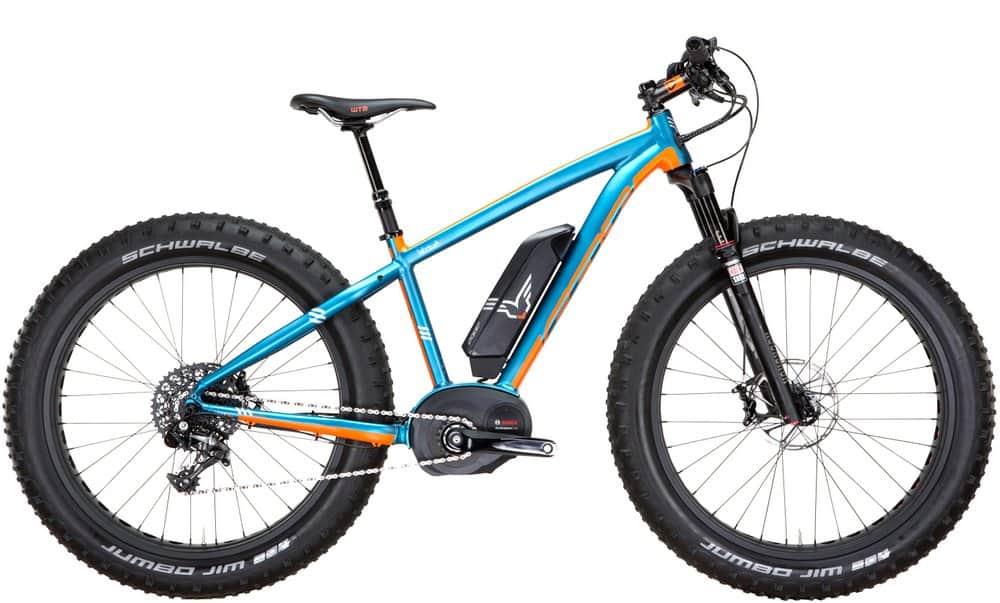 The electric bike, or E-bike as it’s commonly known, is an often misunderstood animal. Those who only see them for a moment in the wild as they zip by are left with little more than a vague impression of a person on a steed making incredible time, accompanied by an unusual buzz or hum. Then they are gone, an ecologically-minded spectre flashing through downtown, riding something that might be a scooter, might be a motorcycle, might be a cycle, but certainly is slick as hell.

E-Bikes come in a lot of makes and models, but the long and short of their description is that they are ordinary bikes with a special battery hooked into the mix. That battery typically picks up juice from the person who is powering the bike, then stores it for use at a later time, when the rider decides they’re tired of doing all the work and it’s the bike’s turn to pick up the slack. They come in luxury formats, road bike builds, fat bikes, and just about any variety out there. They almost never require combustion, since that’s not the path of the electric bike, which prizes batteries and pure electric motors, rather than the use of combustion engines for its power. If you’re still unclear, here’s __ of the best electric commuter bikes ever to be ridden to a job.

How to Choose an E-Bike

Unlike fixies or single-speed bicycles, which are made with simplicity first, E-Bikes are a lot more complex, bearing both wiring components and manual ones. This complexity can make buying a good one a tough call, especially if you’re buying locally. Since there is so many choices, and so many mistakes to be made, we’ve found that Bike Radar has the best E-Bike How-To Buy guide out there right now. They make sure that if you’re stuck with limited choices, you can make the right call.

Laws of the Land

Be aware what the laws of your city/town/state/country/planet are before you fire all your guns at once and explode into space. You might need a motorcycle operator license, you might might be allowed to use it only under a certain speed limit. Electric Bike dot com has the skinny with coverage of E-Bike Laws. That will get you started, but you may need to speak to your local municipality to get accurate information. Or, at least, whatever passes for “accurate” in the government. 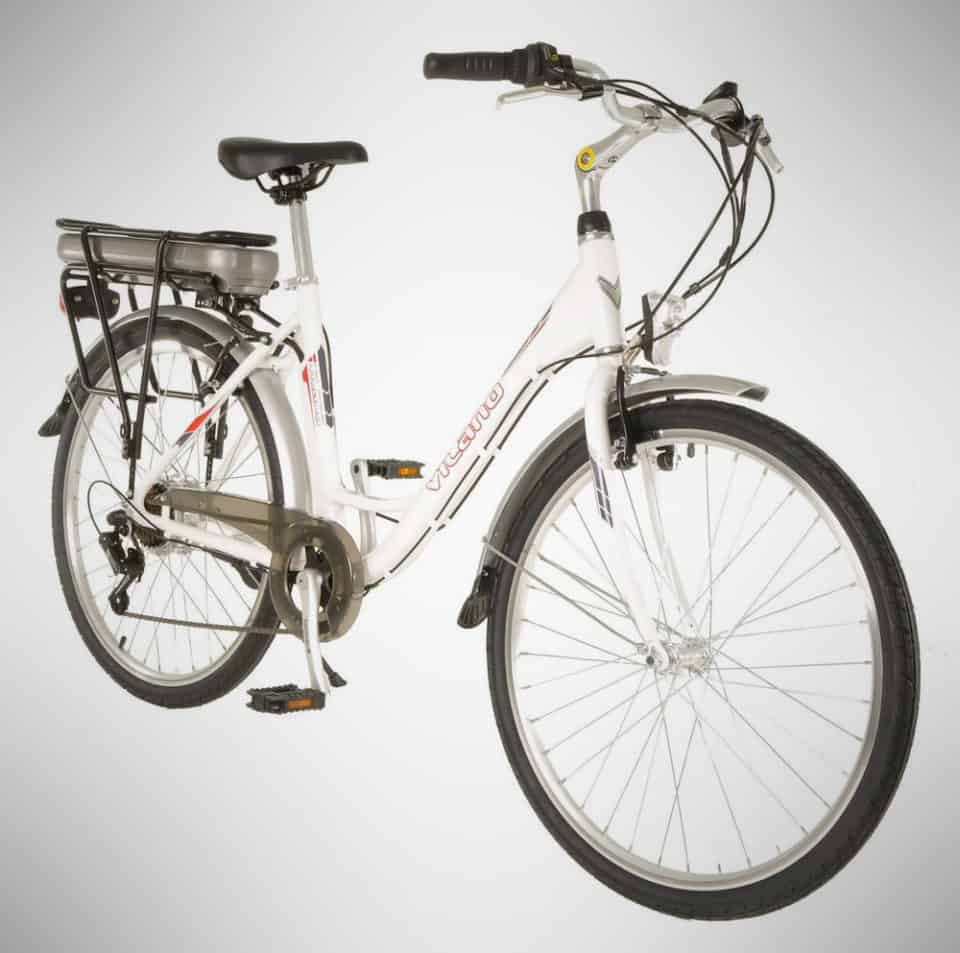 Look around for electric bikes and you’ll run across this choice sooner or later. A really quaint step-through body that oozes adorableness, and has a Shimano gear set running the cogs of the 250-Watt brushless motor, it’s exactly what the budget e-bike dandy needs. 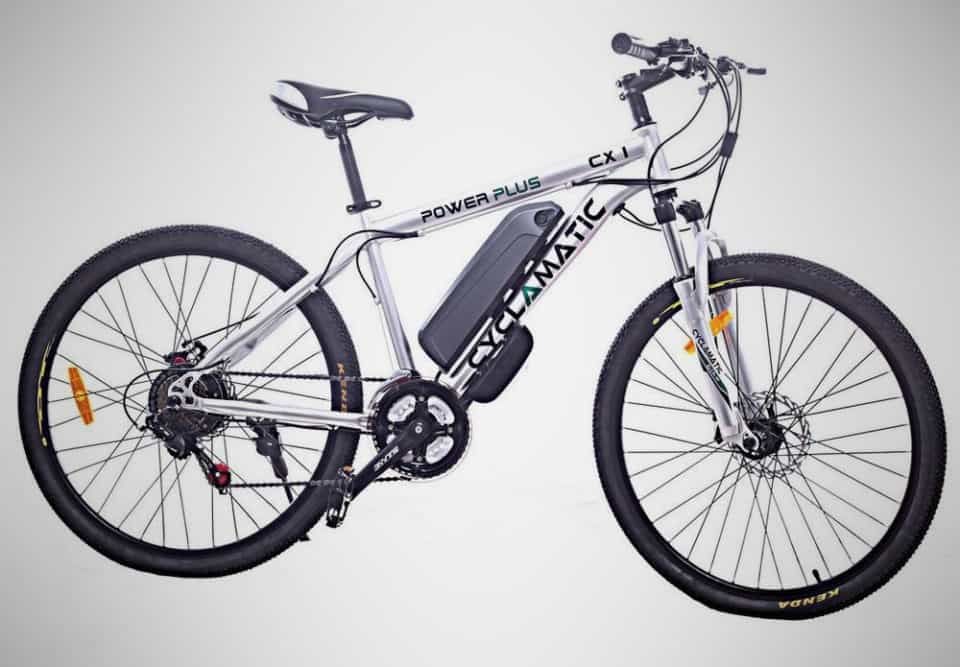 Put down your fork and take a look-see here. At a few hundred dollars, the CX1 has a rain-proof power box that goes about 28 miles on normal terrain, breaking a top speed of 15-ish. Quick, cheap, simple, and bearing a lot of easily movable parts, beginners who want a solid E-bike with a reliable rep, eyeball this. 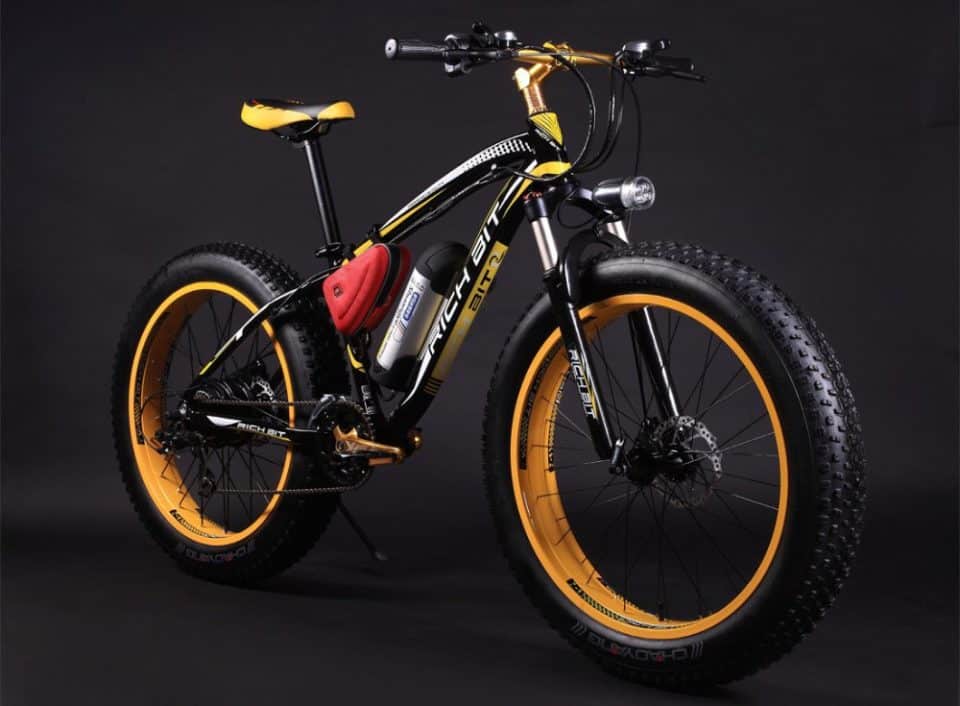 A huge hog, only those who plan to commute through rough terrain should consider this. It has a fat tire body with a BMX feel, and it begs to be taken out once you sit on it. A wicked weekender that begs you to take the long way to work, it can get up to 22 mph for almost 30 miles without any help. That’s a workhorse that can play. 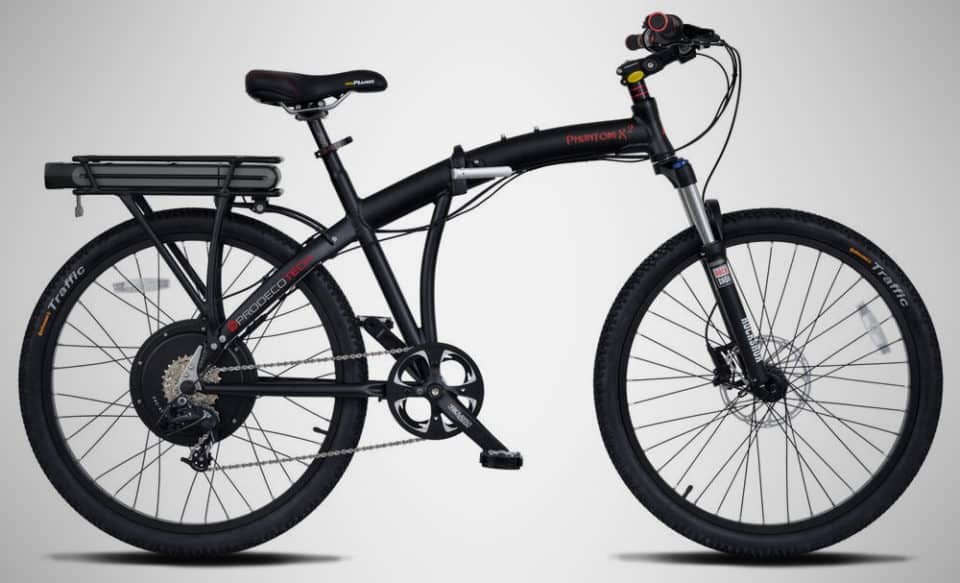 Even without electric components in operation, pedaling the Phantom is swift due to the SRAM- X7 eight shift shifters that let you get into and out of gears in a snap. It’s minimal on the cargo space, as the body folds for simpler stashing or carrying on the train. Topping out at 20 mph with a hatred of rain, it’s a lot for a little, but not the best in the batch. 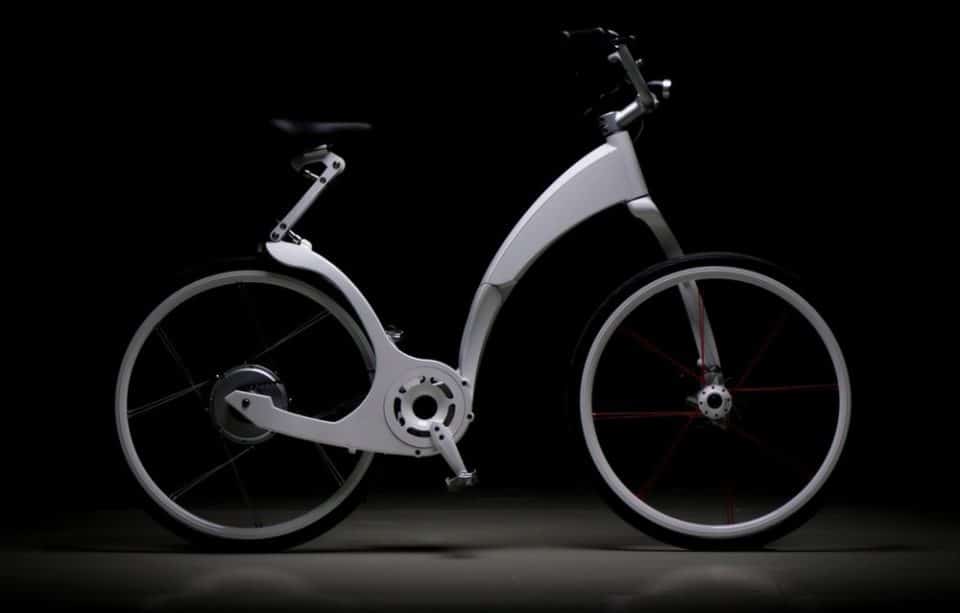 E-bikes aren’t a new idea, since it’s natural to want to put power together with pedaling. Folding bikes are almost older than standard bikes, given the huge, clunky frames they carried, each one needing to be broken down to fit it anywhere. The good news for these two old concepts is when you put them together in an innovative, fast, smart, compact way, you get a new metropolitan business bike that loves street commutes. 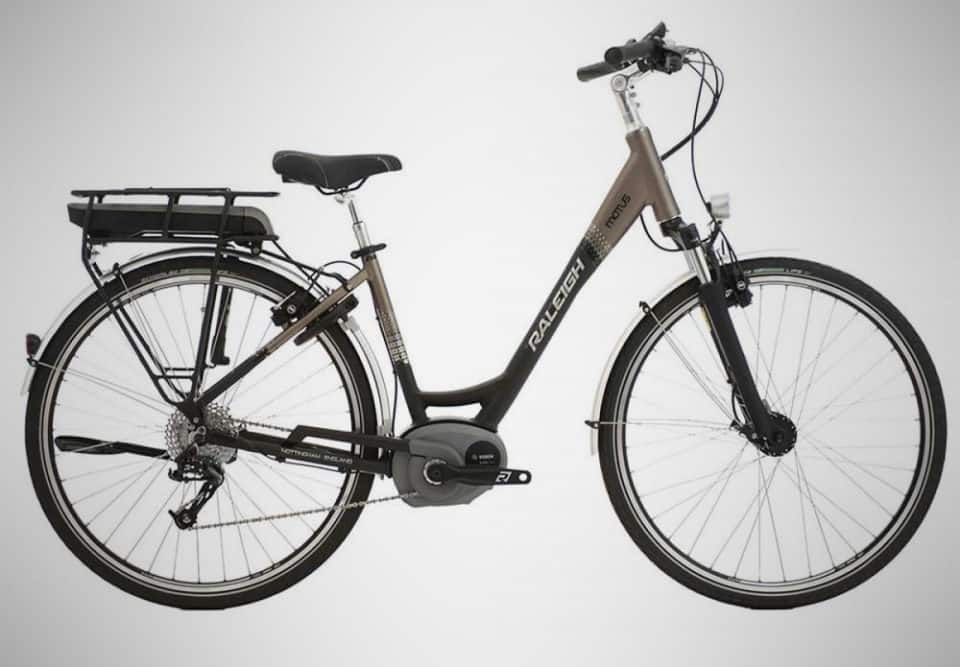 Bosch batteries provide an Eco mode that push the travel radius out to 110 miles before they’ll leave you to your fate, far from home. Switch it to Turbo mode for more torque and power, and that radius drops, but you’ll be able to handle hills with more ease. When you need the barest of help, knock it down to walk mode to push it along, merrily.

Dripping with grace and poise, this looks like a single-speed, but is fitted with a Gates belt drive attached to an internal 8-speed gearbox that is quiet and discreet. Qualms about the price can sometimes by assuaged by the slightly less expensive Porteur S, also from Faraday. Check price 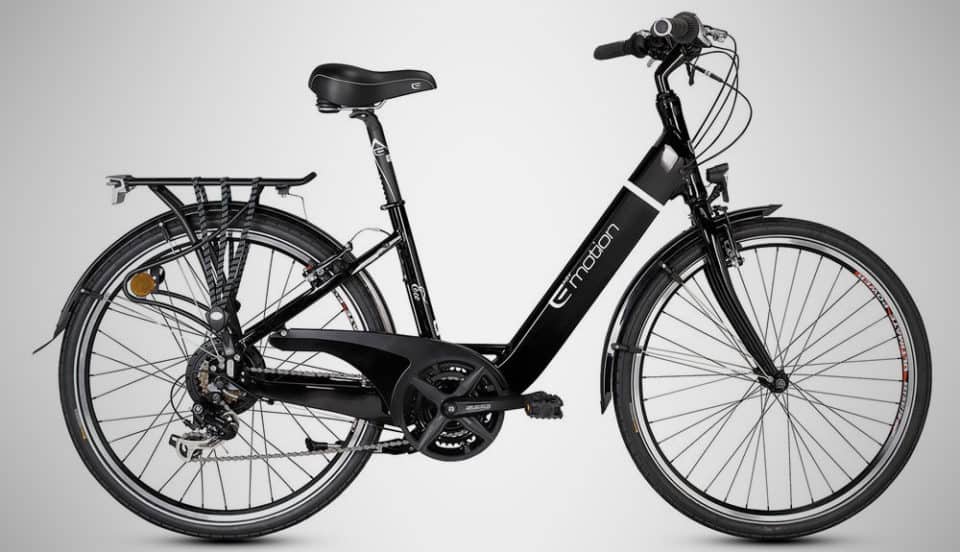 Built like a brilliant beach cruiser with rack room to expand yet enough verve to hit 20 mph for half a hundred miles, it’s the keeper you take home to mama.

In support of 4-season commuting by bike, here’s a thick body that is ready for sand and snow, and will bite into whatever road conditions you’ve got with broad forks that accommodate fat and other tires. Check Price

Matte, business black to stay under the radar, the low-slung frame puts weight low and centered for a more stable, scooter sensation that grips the road easily, though it’s going 28 mph. Super Nova lights make it night-ready out of the gate. Check Price 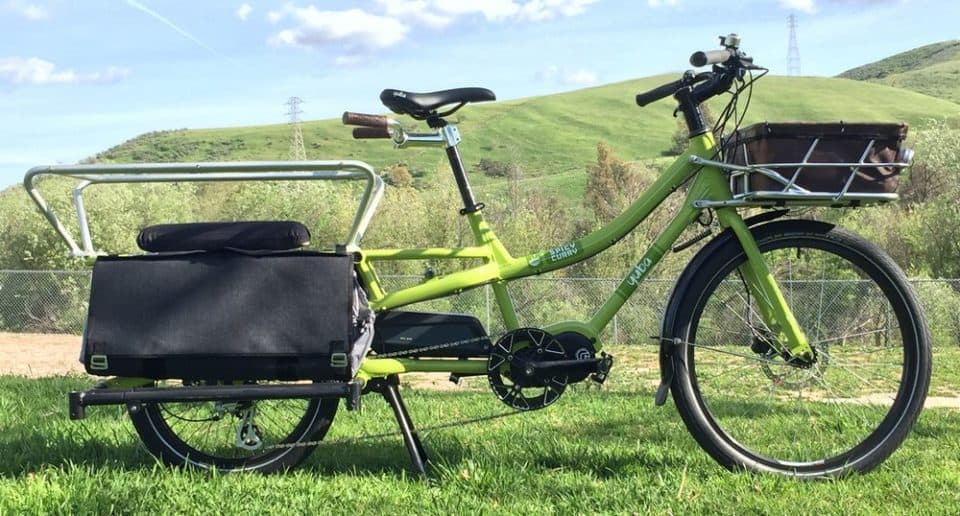 A massive car-replacement cycle, the Yuba is made with a long tail for loading up with all your saddle bags or canvas grocery carryalls, allowing it to exist in a world where you never set foot inside a conveyance. Under the very proverbial hood is a Currie Centerdrive capable of pushing up to 28 mph, load depending.

Motocross inspired, and kicking out enough hp to go almost 50 mph, it’s a dragonfly that works its way through 9 gears, then cuts off with disc brakes. Side highway commuters and weekend dragsters take note. Check Prices

It’s a genius piece of equipment and is the only thing anyone in the future will commute on. Mark those words, then buy it before the rush. It’s so much fun, if you can afford it, you should. Check Price