It’s what Ferrari does best. The spider-class convertible is the car that built the Ferrari legacy, with 22 iterations over many decades of history. While the Ferrari 458 has been in production since 2010, the newest update boasts a pretty remarkable claim: the Ferrari 458 Speciale A is the most powerful spider in Prancing Horse history. No Ferrari spider that came before the Speciale A has as much force under the pedal.

The Ferrari 458 Speciale A is a top-of-the-line refinement on the 458 Speciale that was shown last year. It’s as exclusive as the latest spider gets, produced in a limited run of just 499 vehicles. In the slightly updated moniker, the A stands for Aperta or “open” in English, a reference to the hard top that recedes to form an open cockpit in just 14 seconds.

The 458 Speciale A gets its power from a 597 horsepower V8 engine, one defined as “the most powerful naturally-aspirated road-going V8 engine ever built by Ferrari”. In execution, that engine will push this spider to 60mph in a hair shy of 3 seconds. From the same standing start, it can break 124 mph in just 9.5 seconds, showcasing the mid-range performance of a vehicle built to dominate at high speeds.

The design of the new Ferrari 458 Speciale A is similar to its “closed” counterpart. Aerodynamics is as important as visual styling to this spider, as it uses active aerodynamic elements to aid in handling. Add its specialized chassis with 10 aluminum alloys plus Side Slip Angle Control, and all the power in the engine is balanced on a finely-tuned handling machine.

The Ferrari 458 Speciale A will be revealed in the flesh at the Paris Motor Show in early October. Only 499 of these special spiders will be produced, and you can expect their price to reflect their exclusivity. 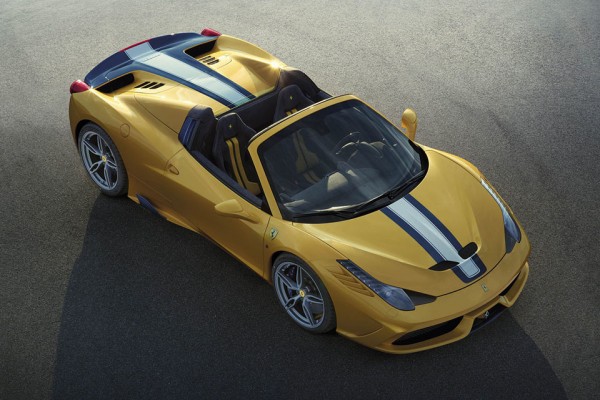 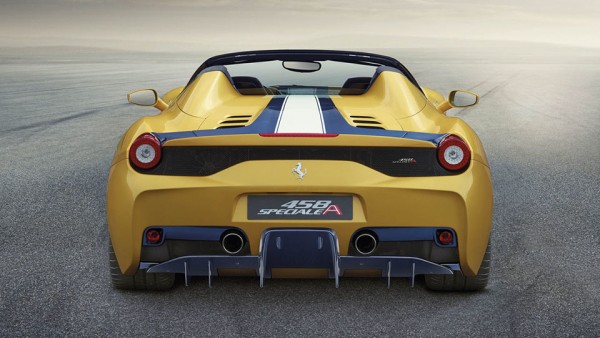 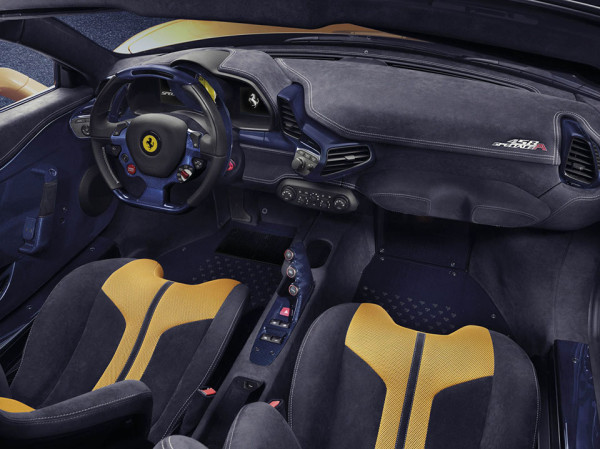 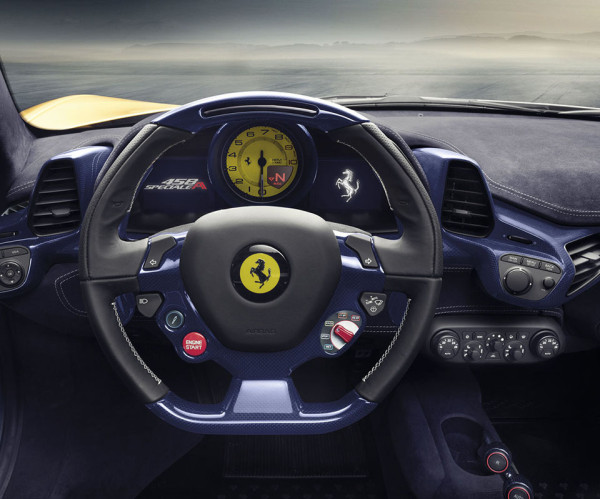 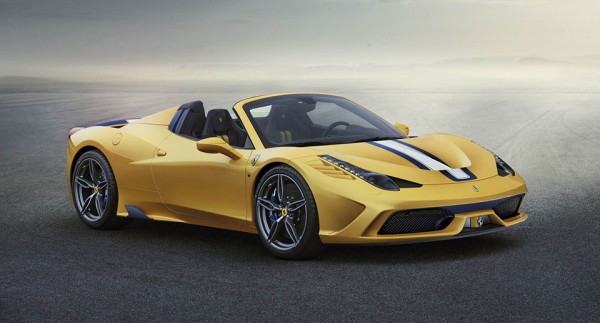 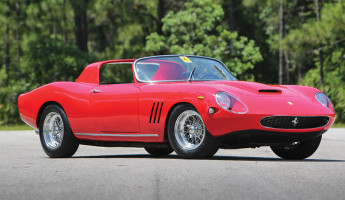