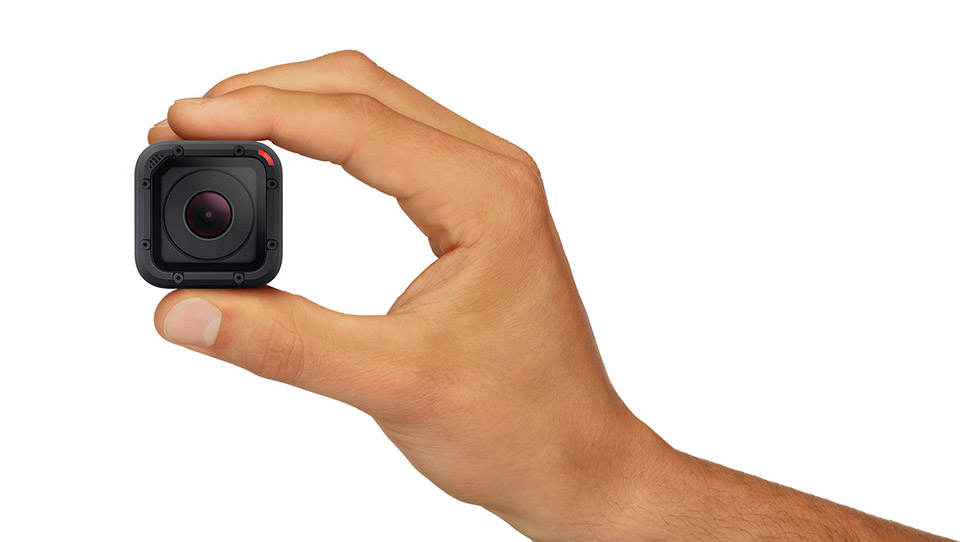 Smaller, lighter, just as powerful. That’s what makes the GoPro Hero 4 Session camera different from the rest, a new alternative for action video enthusiasts.  Its size and weight should open up a lot of creative possibilities for filmmakers, even more than the GoPro that came before. That’s where the innovation begins and ends, however, as the guts inside are the same as the GoPro Hero 4 series. In short, it’s the size (and only the size) that matters here.

“The GoPro Hero 4 Session expanded these possibilities even more thanks to fresh advancements in size and weight. It’s a good time to be alive — and a great time to share some of your favorite moments with the world.”

The GoPro Hero 4 Session is the first new camera body GoPro has released since the Digital Hero arrived in 2006. Compared to the rest of the Hero 4 line, the Session model is 50% smaller and 40% lighter. It can be set, suctioned, attached or embedded in plenty of places that its predecessor couldn’t. Like the spokes of a bicycle, the inside of a climbing crack or as an even lighter payload on current gen drones. It’s designed to be more compact and easier to use, a device that could eventually replace the larger Digital Hero body that has been around for nearly a decade.

So it’s smaller and lighter, but is that really going to drive you and I to run out and buy one? Tough to say. The resolution and frame rate offering is the same as the GoPro cameras you and I are used to. Now if you’re trying to squeeze a few more minutes of flight time out of your drone given the lighter payload, that’s reasonable. The problem with this GoPro and every other unit before it is the lens distortion that makes flight look a little amateur-ish. These ultra-wide angle lenses present a pretty spherical image, as shapes bend and distort as the camera moves. If anything, that’d be something that GoPro could work on to really make us run out to buy the next one.

If you’re new to GoPro, however, this might be the perfect first pickup. You’d have the full creative potential of filming just about anything from anywhere. On top of a mountain, 30-feet below the surface, on the end of a violin or the barrel of a gun. The possibilities are practically limitless. The GoPro Hero 4 Session expanded these possibilities even more thanks to fresh advancements in size and weight. It’s a good time to be alive — and a great time to share some of your favorite moments with the world.