How to Choose Computer Parts for DIY Tech Upgrades 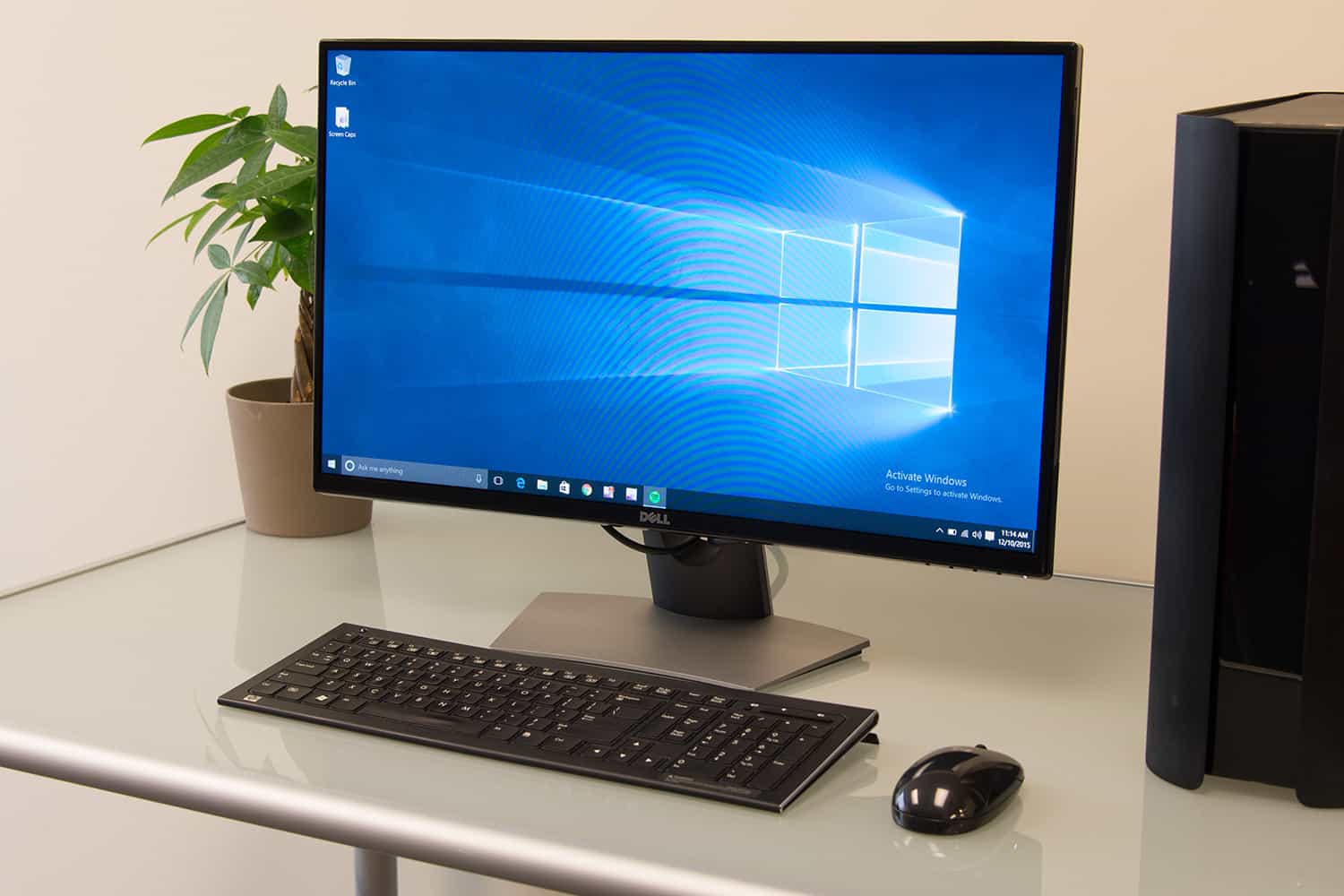 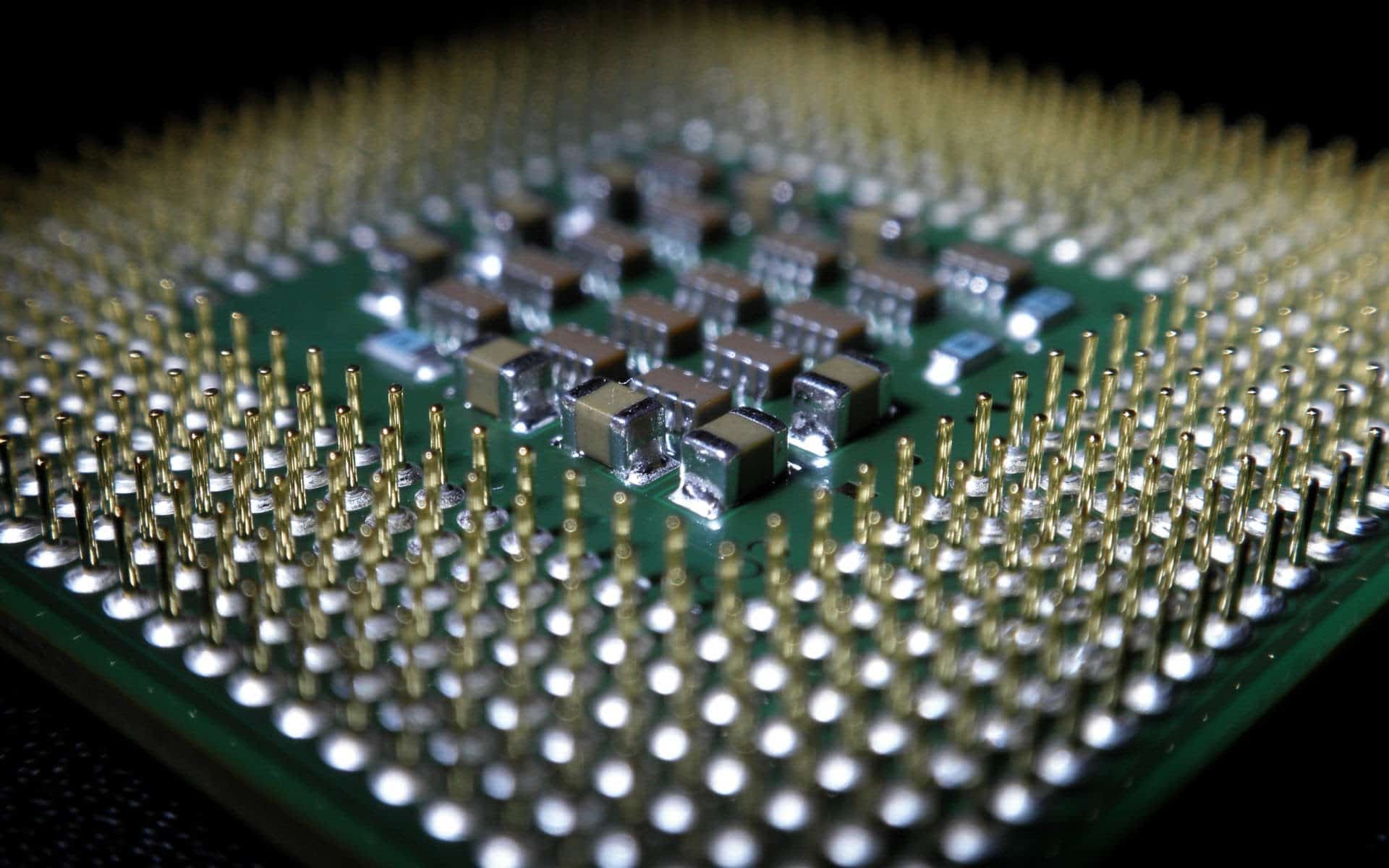 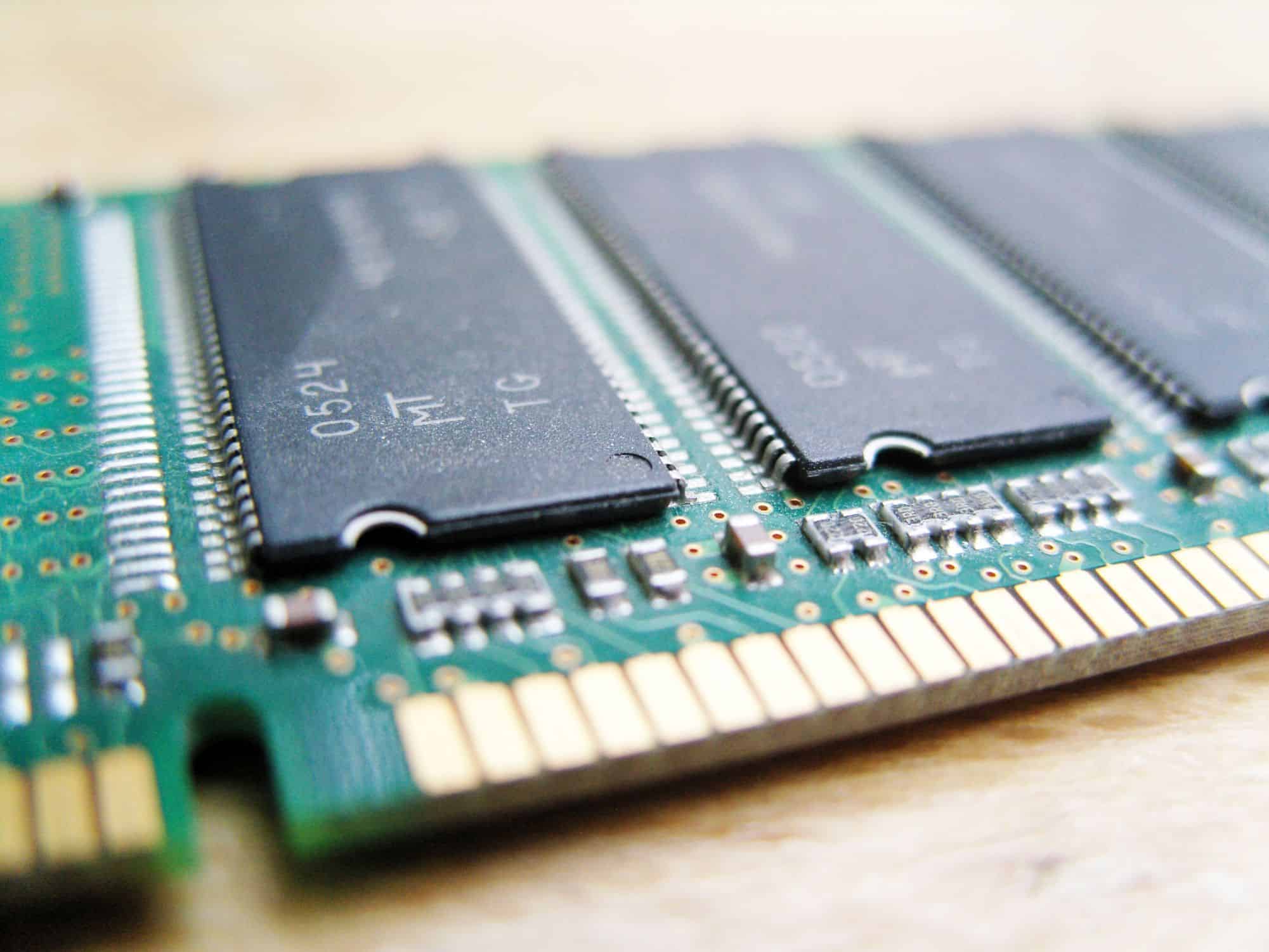 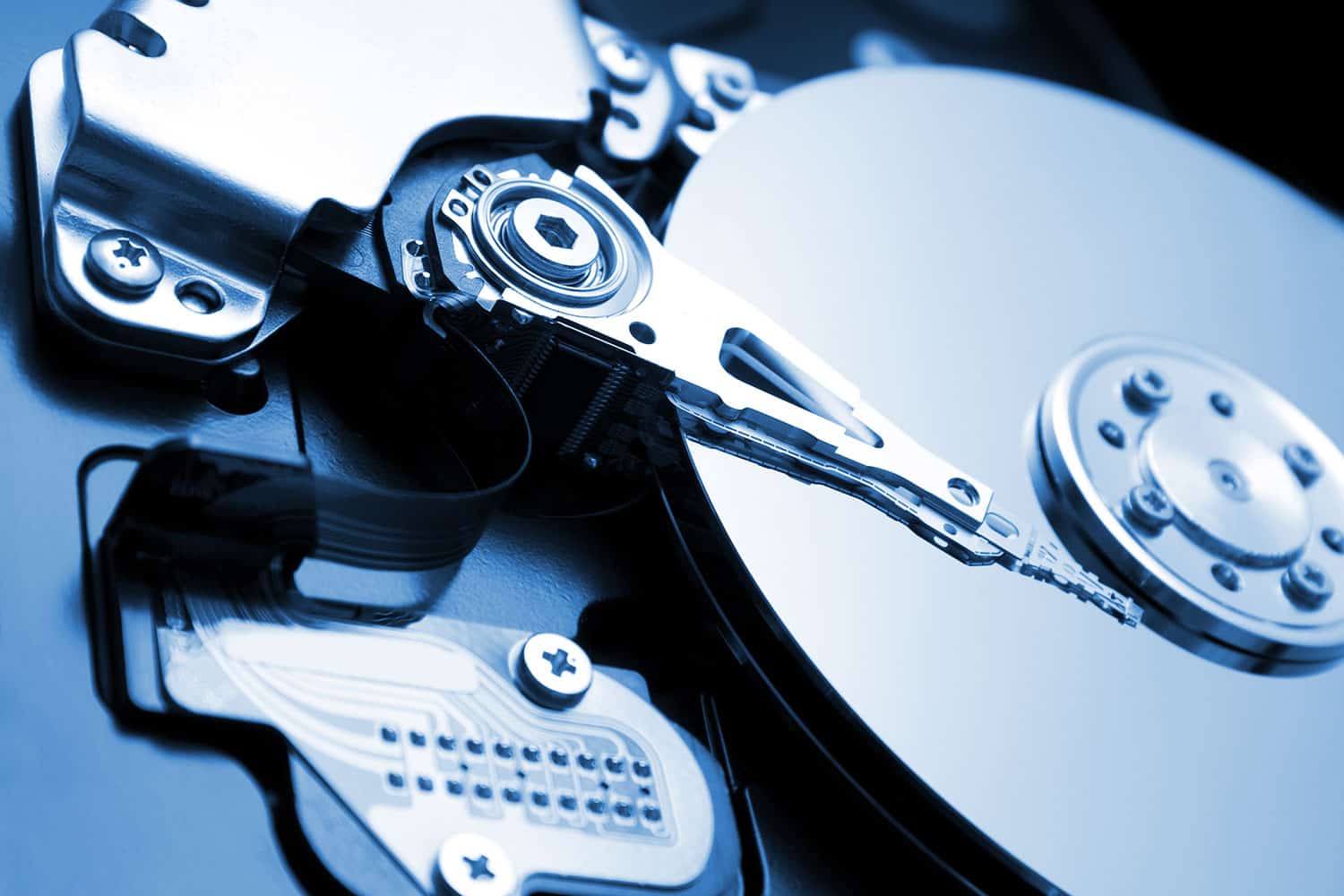 Whether you’re going to be building your own home computer system or just looking to upgrade some parts to your existing machine, you’re going to get slapped in the face with a bunch of numbers. There’s going to be gigahertz and RPM’s and bytes flying at you, and most of them are going to tell you lies. Before you go out to buy a system, build a system, or upgrade your computer, you should know a little bit about some of these numbers and which ones to trust, which ones to ignore, and which ones are completely duplicitous.

We’ve broken the list down into the component parts and will discuss the common numerics you’re going to run across when considering those parts.

There’s a few numbers to be considered here: Storage space and speed.

Storage Space: The size of a hard drive is fairly straightforward. If something offers 500GB, that’s 500 gigabytes worth of storage. In the computer world, this is one of the few numbers that isn’t erroneous. If a drive claims to have that much storage space, then that is how much it has, though it will usually be slightly less than exactly, but not by enough to really matter. The one thing to note, if you aren’t sure, is that Megabytes (MB) are smaller than Gigabytes (GB) which are smaller than Terrabytes (TB). They alter by a measure of 1000 (technically 1024), so 1000 megabytes is a single gigabyte. 1000 gigabytes is a single terrabyte. And, if you must know, 1,000,000 MB is a single TB.

Disk Speed: The other thing to note is that some hard drives also have speeds. This is exclusive to HDD (Hard Disk Drives) which use a physical spinning magnetic disk to store information. The faster a disk spins, the faster information can be accessed. Like any rotating object, these are measured in RPM’s (Revolutions Per Minute). Most standard HDD’s run at 5400 RPMs, but better ones go up to 7400 or even 11000 RPMs. While a faster drive lets you access information more quickly and runs faster, there’s a tradeoff that we will explain in a moment.

SSD’s (Solid State Drives) don’t use RPMs to measure their speed, but for now it is enough to know that they are much faster than HDDs across the board. Even the slowest SSD is going to trump the fastest HDD that any consumer can buy, so if you want something faster than 11000 RPMs, go with a SSD.

The Tradeoff: HDD’s that run at higher revolutions work faster, but that also means that they are spinning more quickly and thus are generating more heat. They are also slightly more likely to breakdown or have problems because of both the enhanced heat and the more rapid movement. The same way a car accident at 60 mph is much worse than one at 30 mph, so to do things go worse when the disk is spinning faster.

You can also end up with less longevity out of the faster drives, especially if you go with a cheaper one. The faster your drive, the more risk there is of failure, the more risk of heat, and the more money you should spend on a quality brand name.

RAM also has a speed, not just a size. So yes, a larger size is going to give you more room with which to work, but a faster speed will also give you better ability to access that memory. The speed is currently measured in MHz (megahertz) and usually runs in the 1000+ range. This number doesn’t lie either. 1000 MHz is not as quick as 1333 MHz, so always try to get the fastest you can along with the largest size your computer can handle.

This is typically most important when buying a computer or building one yourself since you won’t often be upgrading the processor on your machine. Each processor is measured in Hz with MHz and GHz (megahertz and gigahertz respectively) being the most common benchmarks. Yes, the higher this number, the faster the machine is going to be, to a degree. But that isn’t the only thing to look at.

Cores: The number of cores a processor has determines how many different things it can do at a time. This is important if you are a multi-tasker who keeps a lot of things open at one time. Quad cores are essentially going to be able to handl about 4 tasks at a time, while dual cores are limited to two. There’s also hexa-core (6 cores) and octo-core (8 cores) in high-end systems, which can basically handle 6 and 8 processes respectively.

More cores works out to more processing power. In addition to being able to handle more tasks, it also has more cores to devote to single tasks. It’s easiest to think of it like an office. If you have two people in an office, they can do two separate things alone or work on one thing together. That jumps up to 4 with a quad core, and so on up. Making more cores superior in terms of speed if you’re doing several things. When doing one thing, it’s really not going to feel much faster and if the Hz speed is slower, it’s going to drag.

How to Choose Cores and Speed: The thing to think about is how you use your computer. If you do a lot of different things and like to hop around, go for higher cores. If you’re looking for raw speed, go with the faster processor.

Type of Processor: In addition to the basic speed, there’s also the kind of processor. Different processors use their power differently. While an AMD and an Intel processor might both be clocked at 2.5 GHz, the Intel processor does more with each cycle, allowing it to work quicker. This is usually due to the threading on the processor, but other factors come into play.

The kind of processor is actually far more important than the speed. Better processors are doing more that doesn’t show up on the tests, but will become very clear when you’re using them. Generally, if you can get an Intel Core i3, i5, or i7, you’re at the top of the processor heap, though for a more extensive breakdown, visit our Processors Explained page where we give you all the information on what is actually taking gold in the processor Olympics.

Conclusion: More cores and higher speeds are better, but make sure you know how you use your computer and that you’re using a better quality processor, since it can do more with the power than a lower-grade option.

Monitors tell the most lies of any computer part you can buy. Sure, it seems like bigger would be better, but that isn’t necessarily true. If you have a lot of big pixels you end up with a much lower resolution, so a larger monitor can actually make a picture look worse if the resolution is lower. Compare two computer monitors, one with a 1366×768 display and one with a gorgeous 2560×1600 and you’ll see the immense difference that resolution makes. PPI (pixels per inch) is another thing to think about when it comes to monitors, as the more pixels they have, the smaller and more concise they are, making the picture pop.

Really, there isn’t a sure-fire way to make a determination here. Your best bet is to try before you buy so that you can see the comparison, and only then if your monitor is of great importance to you. Since most computers these days have an HDMI plug that allows it to go out to a television should you want a really stunning picture, then it might not matter.

If you work on a computer, you should often aim for bigger sizes rather than higher resolutions, because less eye strain is caused by bigger words, numbers, and pictures, whether they’re really attractive or not.