From above, this contemporary dream house looks like a jagged white line carved into the coastline. To one side, rolling hills extend for acres. To the other, the Aegean Sea crashes at its feet. The Ktima House by Camilo Rebelo and Susana Martins is a contemporary mansion on the Greek island of Antiparos. It is built into the slope of its plot, where the soil and brush form a green roof over its hidden structure.

From a coastal approach, the Ktima House takes on a very different shape that what is seen from above.

The Ktima House is sharp, angular and dynamic, but its spirit is traditional to Greece. It would fit in well with the white-walled structures of Santorini, where a collection of white shapes spill into the sea. Rebelo and Martins have balanced this Greek architectural tradition with something fresh and new, a contemporary take on the classics.

Returning to the view from above, most of the Ktima House is hidden beneath a green roof that is an extension of its sloping plot. The hills appear to roll right over the structure, ending at the jagged white walls that contain the pool and patios below. This is not just a visual element of the home, but it also serves to keep the interior climate at a stable temperature. Kitma House also features passive cooling from open corridors, windows and patios that feed into the interior.

From a coastal approach, the Ktima House takes on a very different shape that what is seen from above. Varied angular shapes form a dynamic building that looks more like a complex of structures than a single home. Its sheer scale adds to its appeal, as it spans more than 10,000 square feet in its interior. It’s a resort of its own, one recalling the traditions of Santorini on its own private escape in the Aegean Sea. 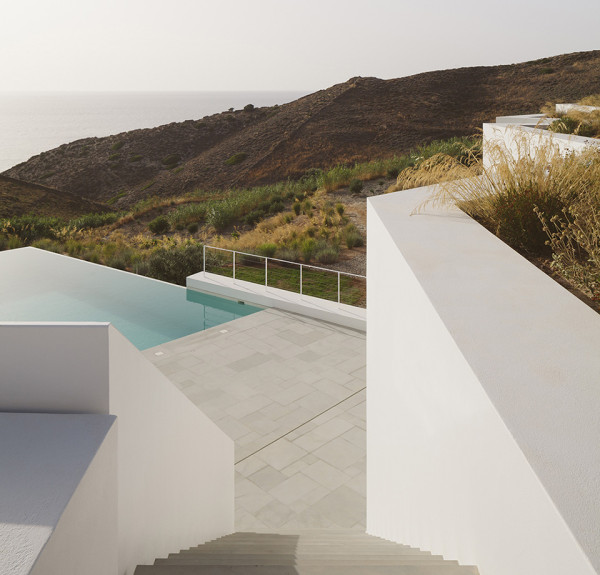 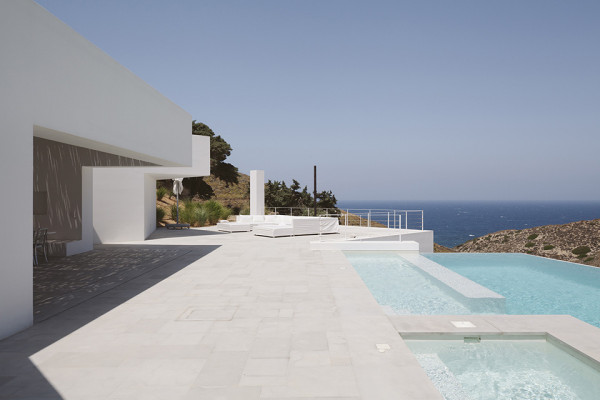 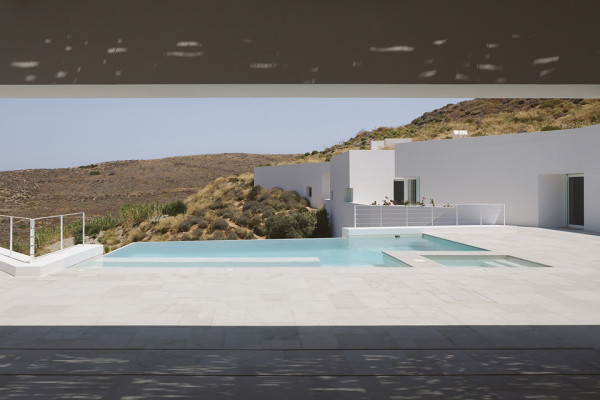 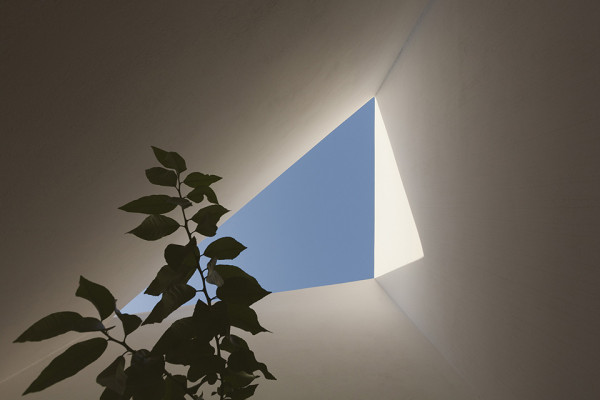 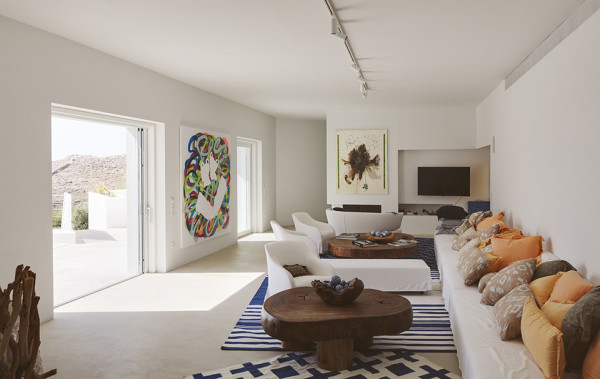 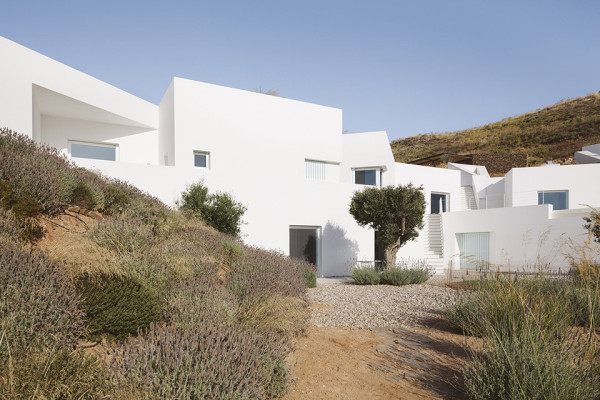 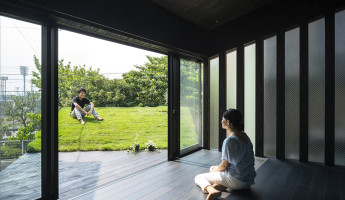