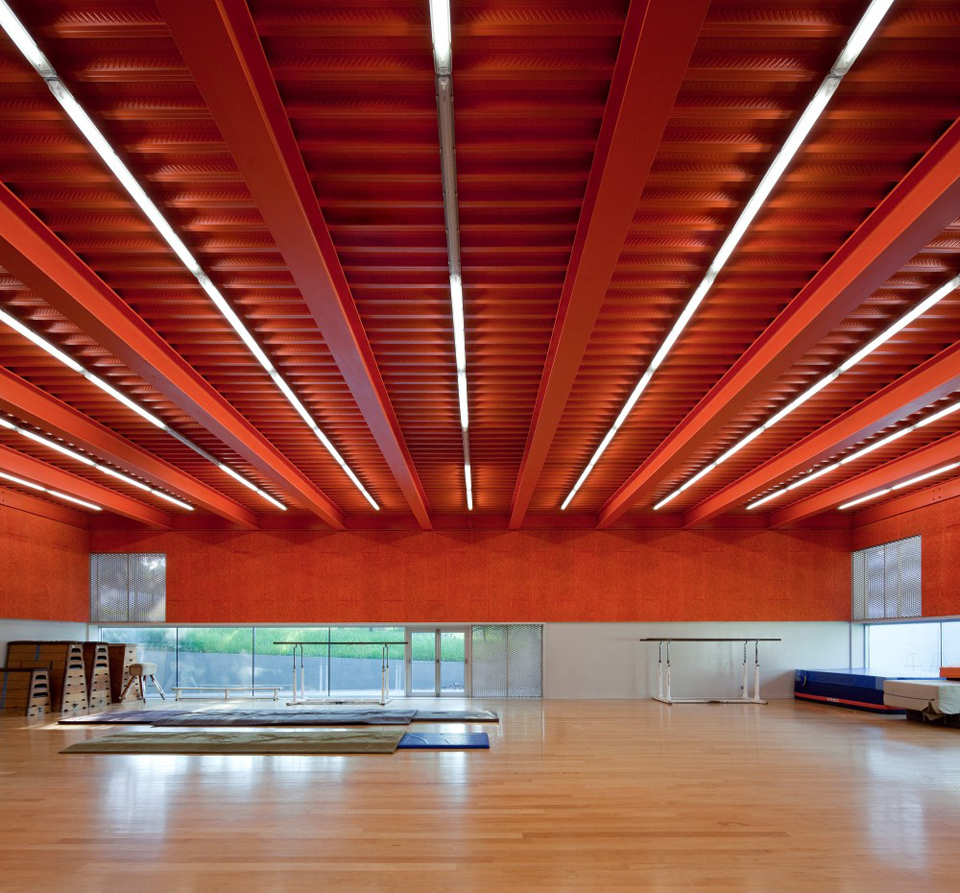 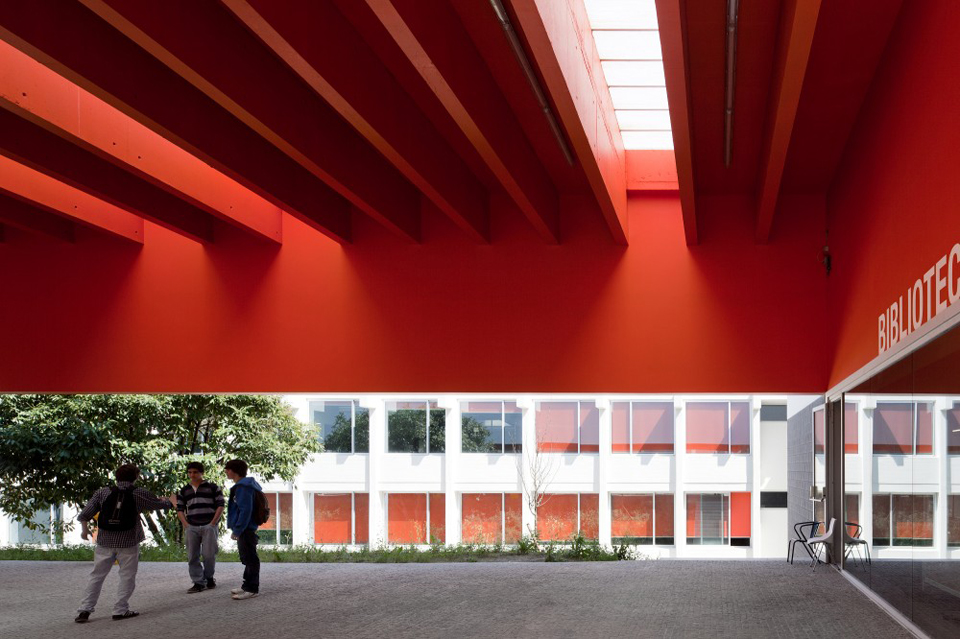 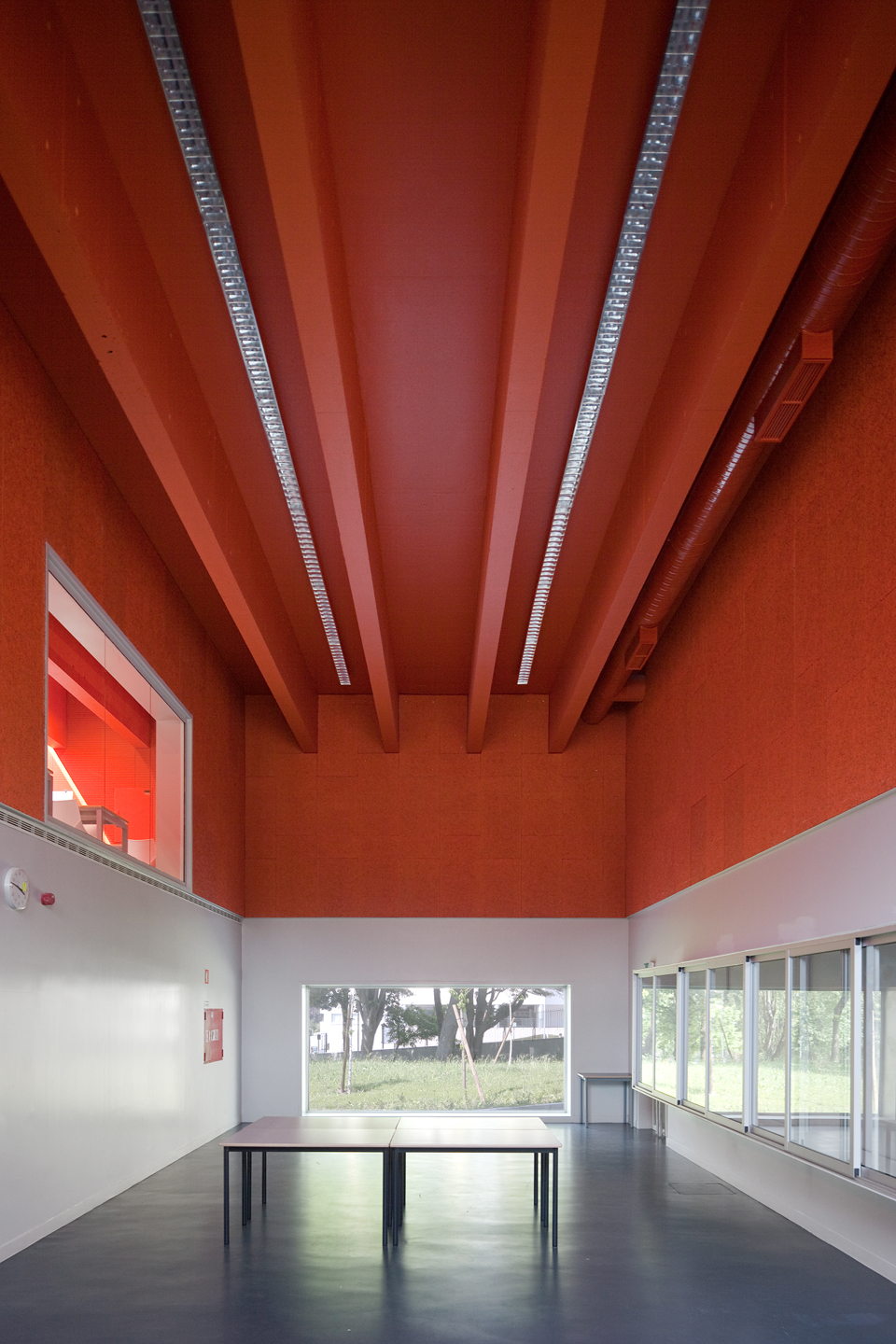 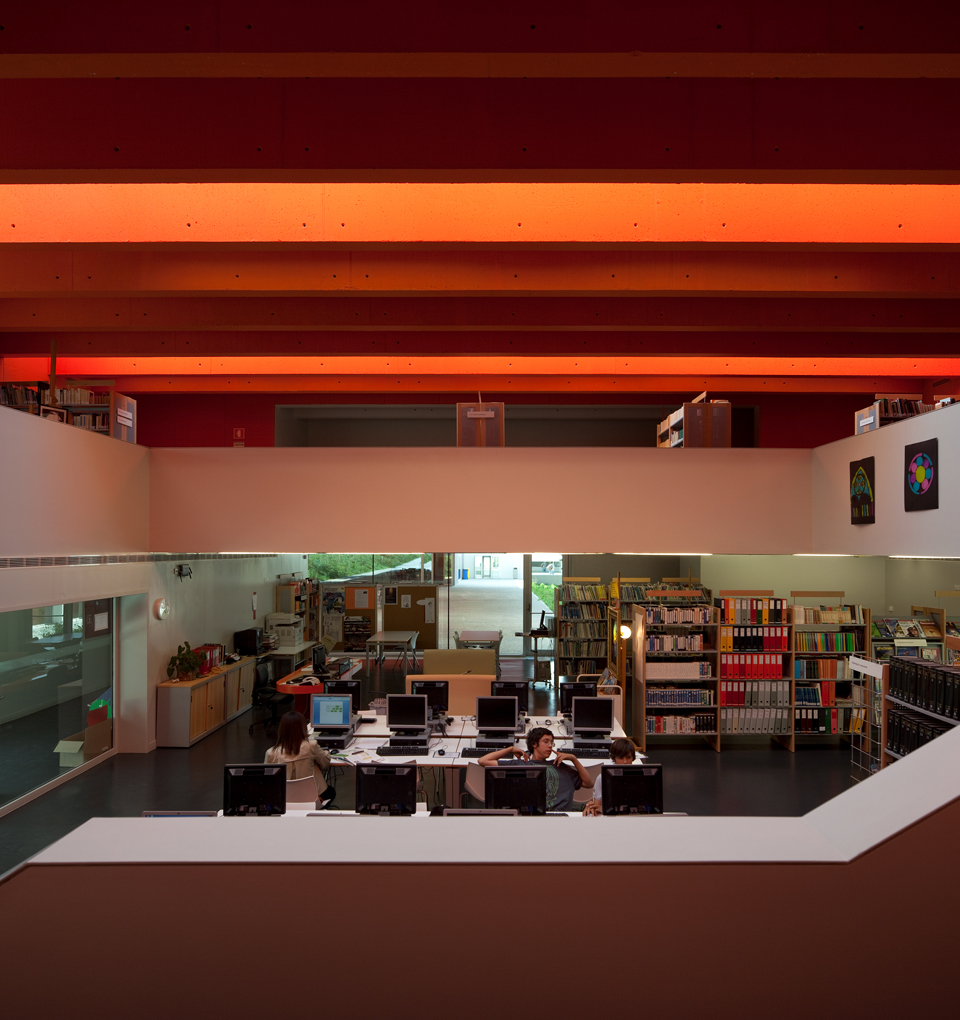 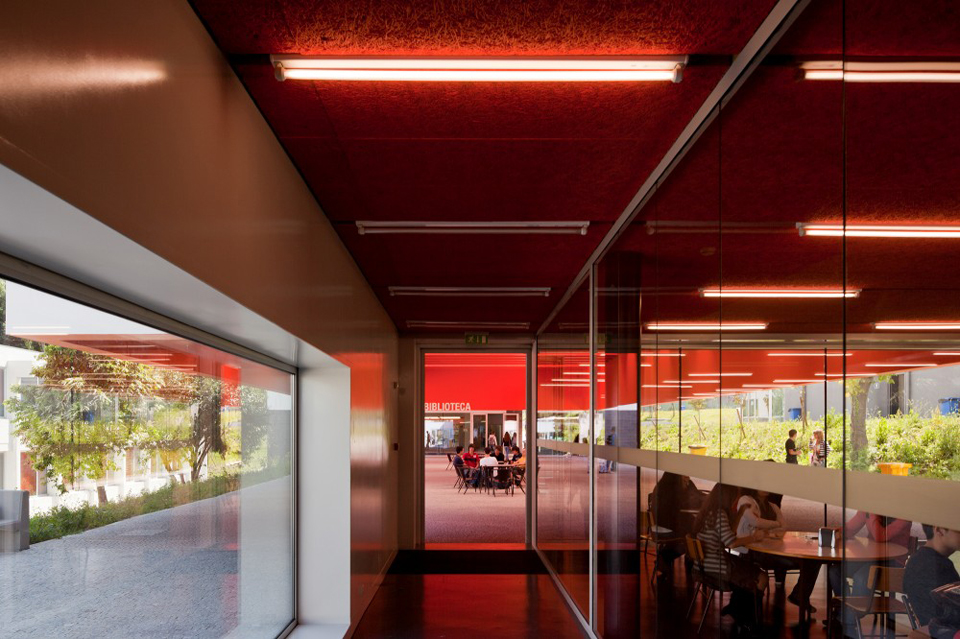 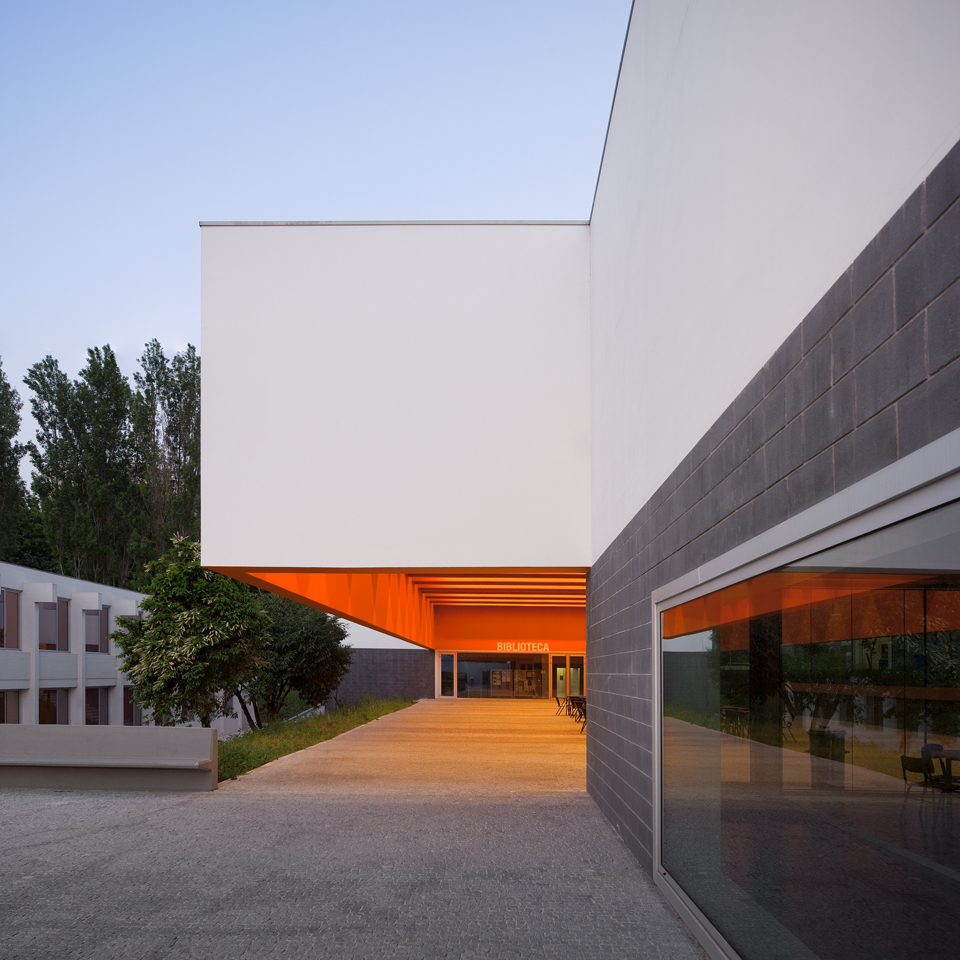 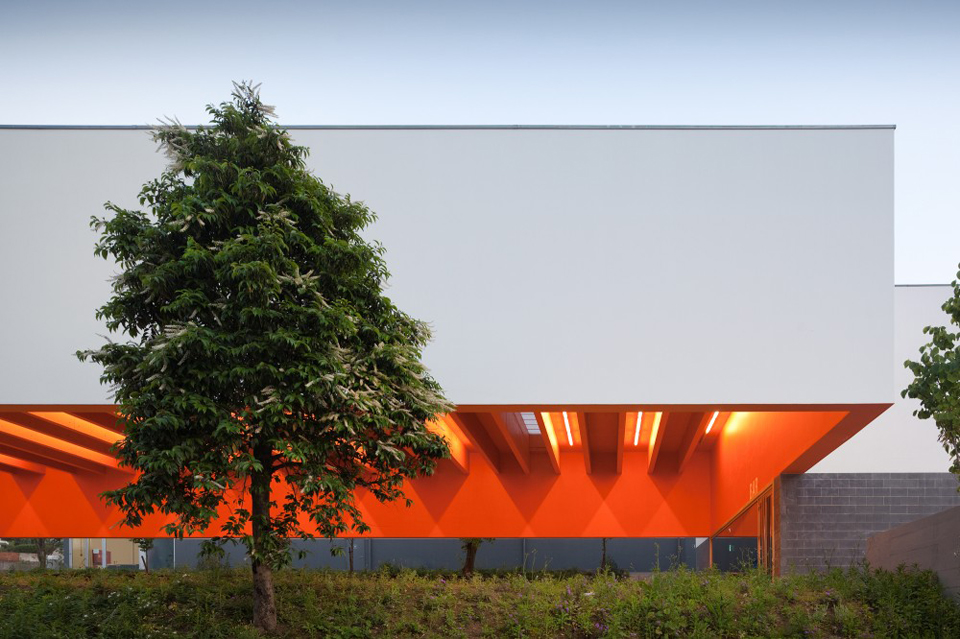 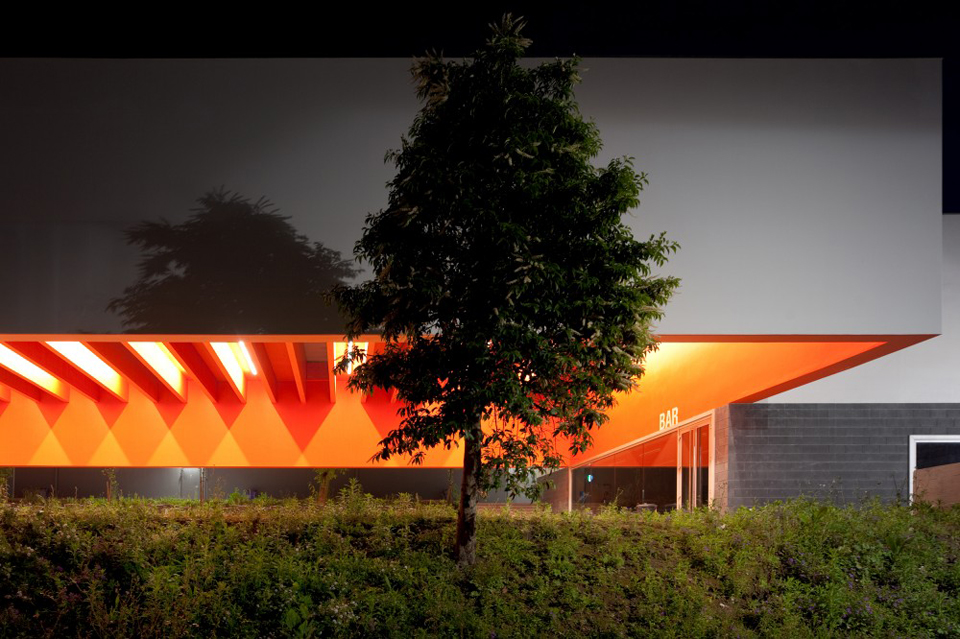 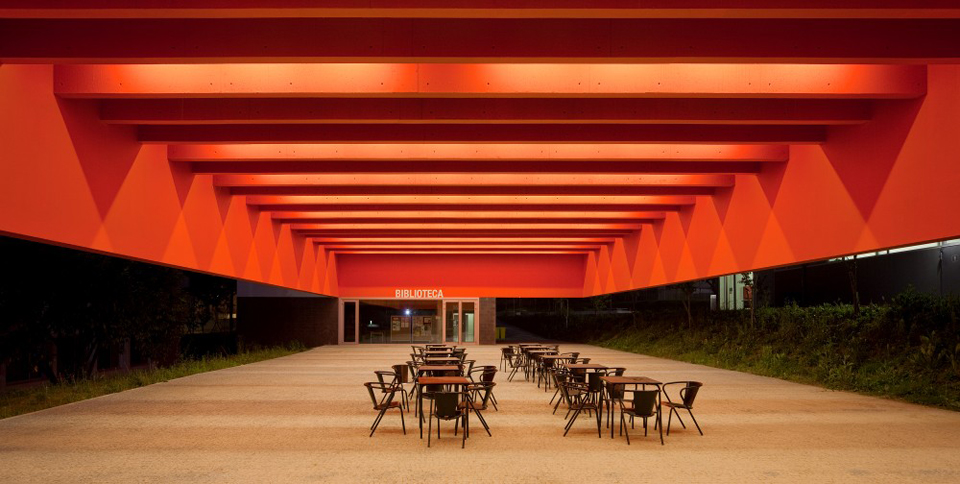 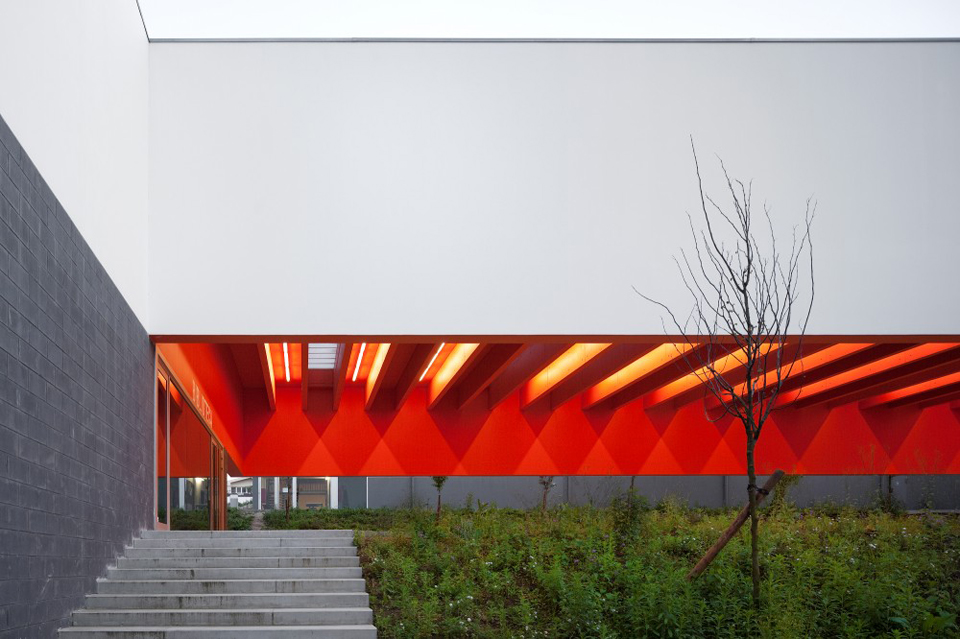 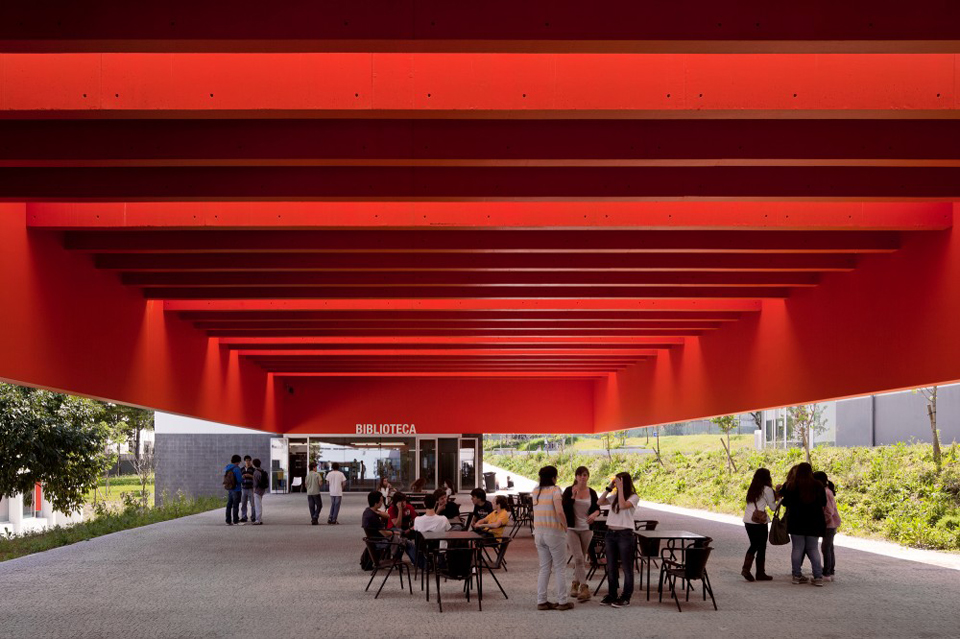 Being stuck inside at school when it’s cold and wet is something most children have to deal with, but one secondary school in Oporto, Portugal has been fitted with a vibrant outdoor recreational area that creates an exciting space for kids during even the gloomiest of days. Designed by Ricardo Bak Gordon as part of a program to modernize Portuguese secondary schools, other spaces such as the library and cafeteria have also been infused with color to create a more mentally stimulating environment.

Originally built in the 1970s as a series of separate pavilions, the Secondary School Garcia Da Orta’s new addition is a linear building that serves as a central meeting point for students. The recreational area is external, but covered, which means people can experience the changing seasons without having to be subjected to them. Students also have easy access to the cafeteria, gym, and library, areas which all naturally attract gatherings of people and allow for interaction.

Due to its location in the spaces between existing buildings, which is are very unlike the new structure, the architect opted for a roof design that appears to be unstable and unsupported. To make the public areas stand out, and to contrast the dull and lifeless colors of the classrooms, the architect opted for bright orange colors which brings the whole project to life. [photography by Fernando Guerra] 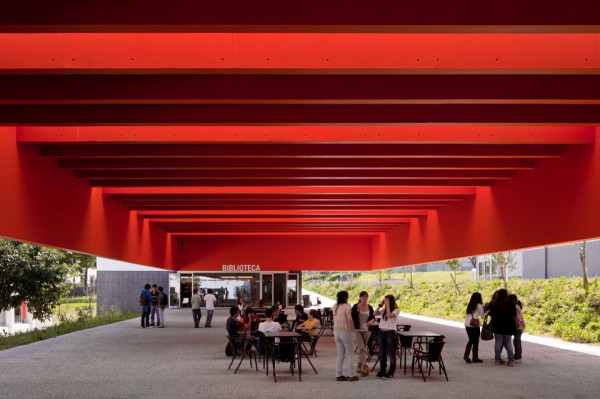 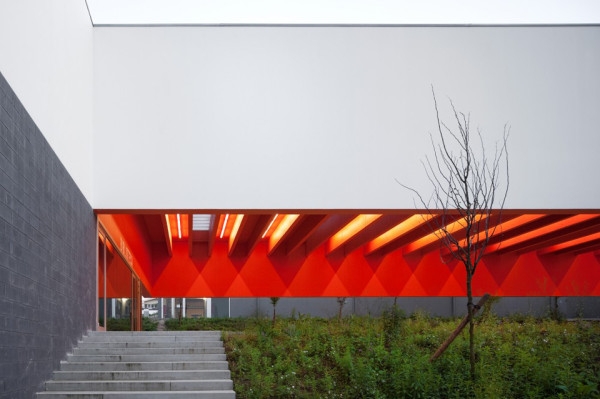 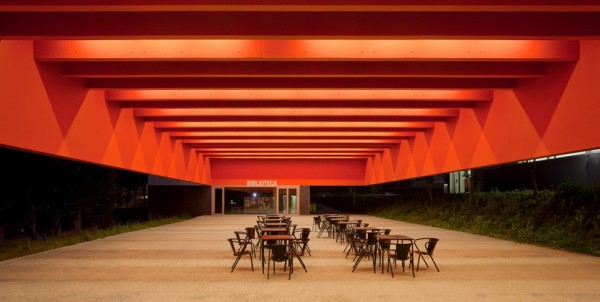 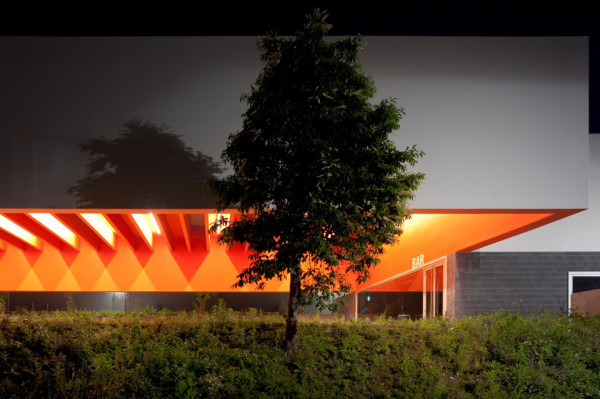