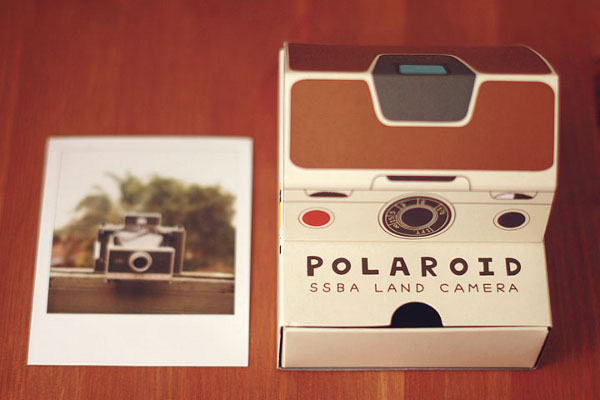 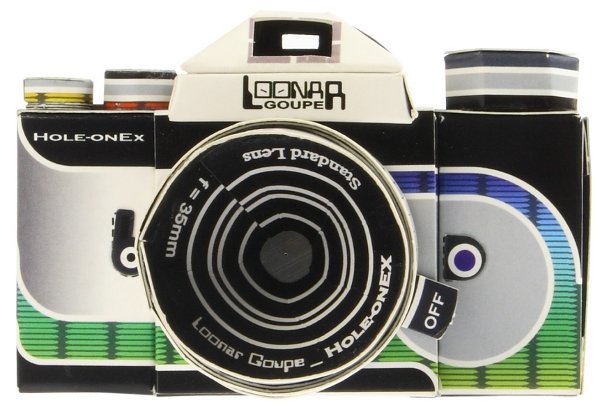 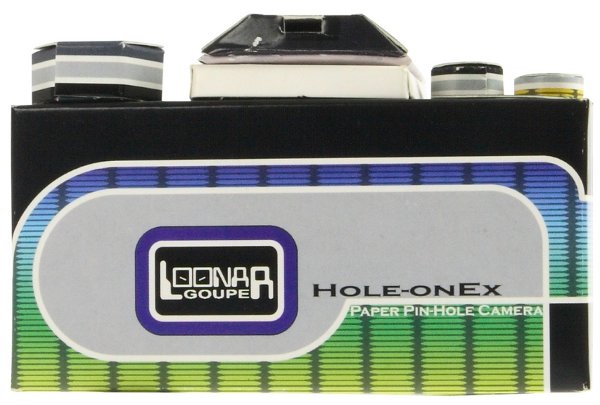 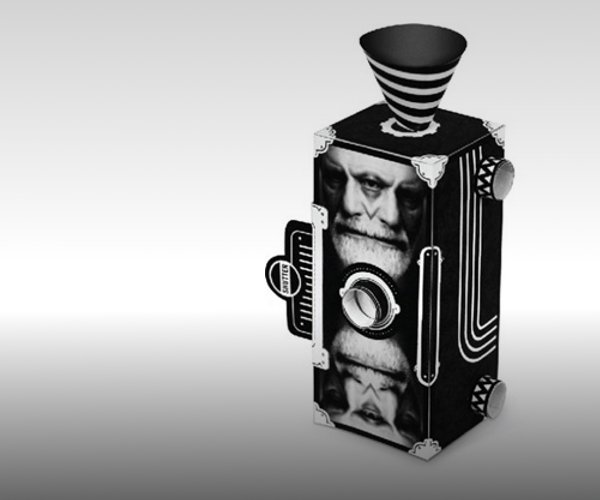 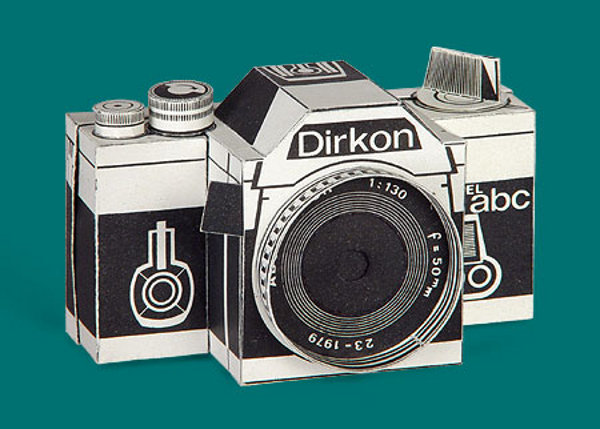 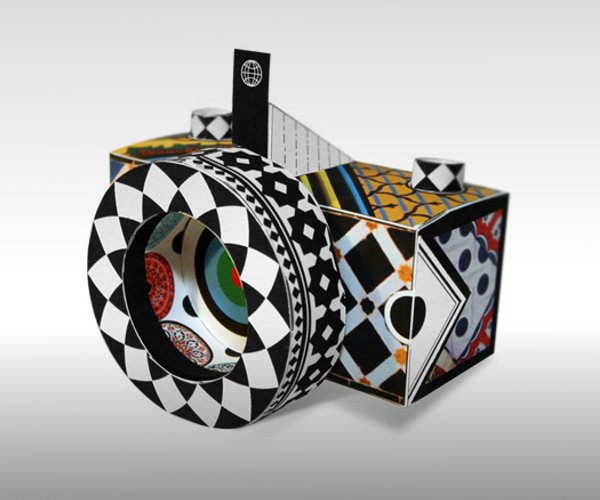 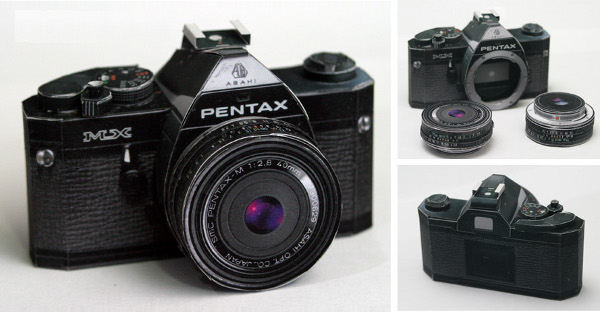 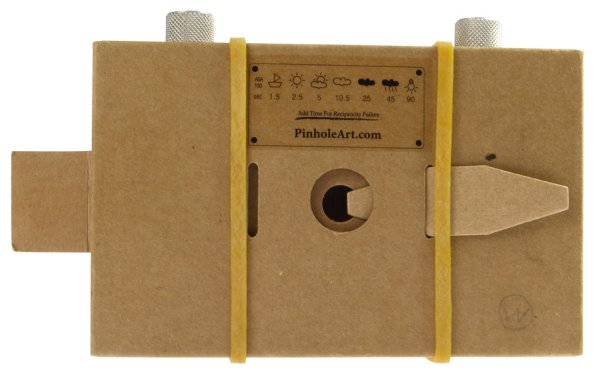 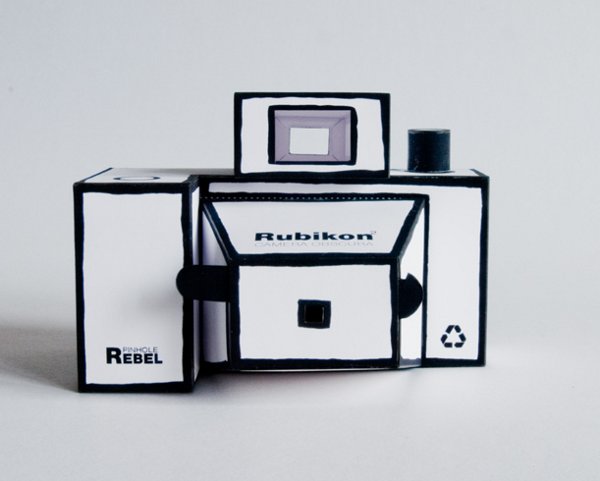 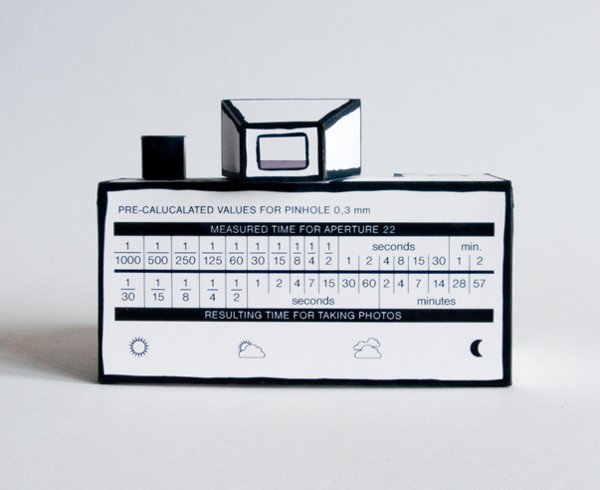 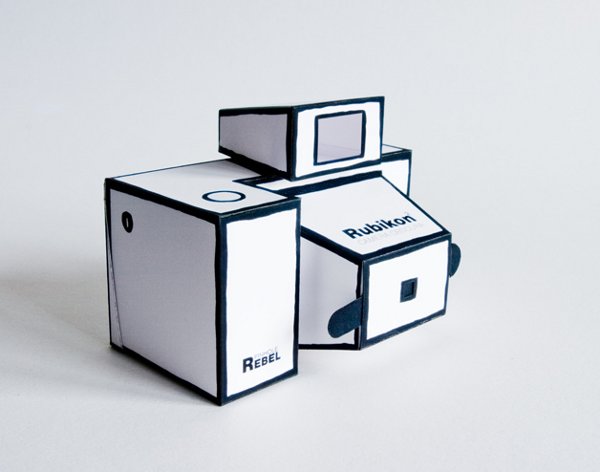 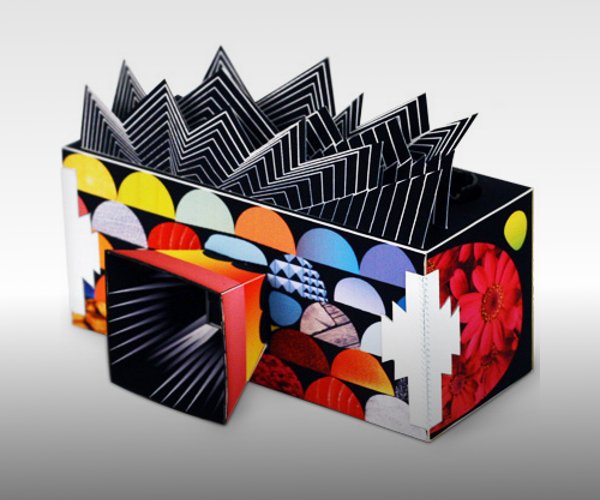 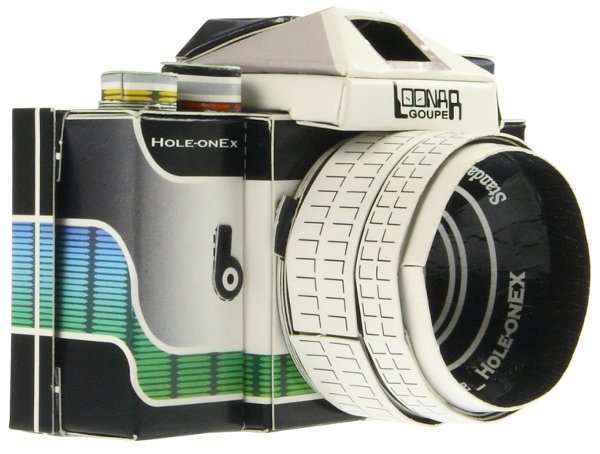 Paper Cameras | If you’ve ever uttered the phrase “we can always photoshop it later”, it’s time for you to go back to basics.  Long before photography was about megapixels and photo editing, it was about little more than film and light.  To show you how simple (and beautiful) photography can be, we’ve compiled a list of 10 paper cameras that reflect the purity of photography.  If you could use a bit of photographic inspiration, read on– and be prepared to interact.  More than half of these cameras can be downloaded and printed out on your own printer.  In the time it takes you to read this article, you can add a brand new camera to your collection without paying a dime.

Corbis Readymech is amongst the most prolific and high quality producer of free, printable paper cameras.  The “Peyote” paper camera is one of the brand’s visually abstract cameras that still produce lush, vibrant pinhole photographs.  Print out the free plans, cut and paste the camera together and follow the photography directions on the rear.  When you open the shutter, you’ll let light into the camera box that will expose the film in the back (which, of course, you’ll need to insert).  The end result yields colorful, low-fidelity photographs with a dreamy nature.  Think lomo, but with paper instead.  [download at readymech]

While most paper and pinhole cameras use single sheets of larger film, much like a Polaroid camera, the Sharan SQ35 paper camera uses traditional film rolls within its case.  After an exposure, the photographer can then twist the roll knobs to rotate to the next frame.  The papercraft purist should know, however, that the Sharan paper cameras do use some plastic in their build.  To use film rolls, these cameras need a plastic roller as paper isn’t durable enough to spin the film with each shot.  [$29.95 at sharan-camera]

The Rubikon Paper Camera by Hubero Kororois both playful and functional, a cartoon-ish paper camera with a sliding shutter for easy use.  It is designed with a loose interpretation of SLR cameras, but this one doesn’t include an interchangeable lens… or any other mark of a camera save for a shutter and film.  Just aim the Rubikon camera at the subject of your choice, raise the shutter and drop it down before you overexpose.  [download at huberokororo] 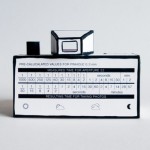 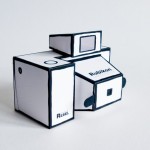 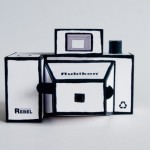 The Pinhole Art DIY Camera is a bit more durable and flexible than most paper cameras.  Truth be told, it’s made of cardboard (and some other parts), but hey– cardboard is paper, no?  The Pinhole Art paper camera works with a simple, sliding shutter that exposes the film and slides back into place.  The camera also features metal rolls in case you want to use 35mm film, which this baby can handle.  It also features a handy exposure chart front-and-center, showing you basic exposure times based on different lighting situations.  While it may not satisfy the paper purist, this paper-based camera is more than worthy of a place in this list.  [$50 at lomography]

It says Pentax, it looks like a Pentax, but it’s not– it’s paper.  The Pentax Paper Camera is the most realistic paper camera we’ve found, a serious piece of papercraft that’ll fool a layman and stun a photographer.  Unlike the other cameras on this list, however, this one is just for show.  As it stands now, the paper Pentax is not designed for pinhole photography– but what’s stopping you?  Poke a hole in that lens, slide in a sheet of film and create a makeshift shutter– and you’re making pictures.  [download at cocolog-nifty]

Corbis Readymech strikes again, this time with likely their most festive and fun paper camera.  This paper cam was designed en homage to World Pinhole Camera Day, and all you needed to join the fun was print this out, construct it and slide in a sheet of film.  Like the other Corbis Readymech paper cameras, this one is fully functional and capable of producing vibrant, low-fi imagery just after printing it out.  [download at readymech]

This paper camera has a whole lot of history.  The Dirkon Paper Camera was first released by the Czech magazine for kids, ABC, when most of the nation’s media was state controlled.  Children (and adults, of course), could follow the directions from ABC to create their own Dirkon, a functional camera which could shoot rolls of 35mm film.  The name Dirkon comes from the Czech word “dirka” which means pinhole, combined with the popular camera brand Nikon.  You can still make one of your own today, thanks to the professional pinheads over at pinhole.cz.  [download at pinhole.cz]

As we mentioned above, the people at Readymech produce some amazing, abstract paper camera plans (for free).  They earned three spots on this list due to the sheer number of cameras they make available.  When it comes to paper cameras for the papercraft traditionalist (meaning they require nothing but paper and film), they’re tough to beat.  This is the Mother Camera by Corbis Readymech, which appears to be inspired by the vintage cameras from the beginning of the last century.  Sure, this one may be a bit creepy, but you can always save this for your horror photography, right?  [download at readymech]

We first featured the Hole-on-Ex DIY Paper Camera on our amazing papercraft feature originally published back in July.  This SLR-style paper camera can handle rolls of 35mm film and take rather stunning, low-fidelity photographs.  What caught our attention on the Hole-on-Ex is its retro 80s look.  Even if we just snap a handful of bright and oh-so-grainy shots with this one, it’ll totally complete our desk at the office.  This one isn’t free, but you pay a premium here for its killer looks and ability to handle 355mm film rolls like a breeze.  [$25 at lomography] 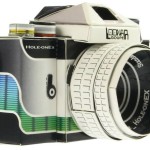 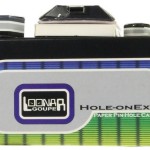 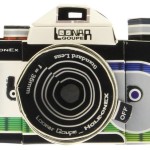 Truth be told, paper cameras were the original Polaroid.  Okay, so maybe the instant gratification factor wasn’t there, but the idea of sliding in a piece of sheet film into a cheap camera was totally a trademark of pinhole photography.  This Paper Polaroid Camera, however, isn’t a pinhole camera.  It’s a holder of your favorite Polaroids with a cute little drawer on the bottom.  Like the Pentax Paper Camera above, however, this one can be a pinhole camera with a simple poke of a pin and a bit of work to keep any other light from bleeding in.  Flickr user {manda} owns this one, and we’re curious if she’s ever tried any paper pinhole photography with this one.  Either way, nice work {manda}!  [more on flickr]

So what are you waiting for?  Print one of these babies out, get yourself some cheap film and start taking some lovely, lo-fi photographs.  If you use one and find yourself some interesting inspiration, send your photos our way.  Not only will we enjoy them ourselves, but we’ll gladly share them with our readers.  Let’s see what you’ve got, paper photographers!

In the mean time, if you enjoyed this feature, be sure to check out these other works that we’re sure you’ll enjoy:

Thanks for reading, and be sure to share this one with your friends!