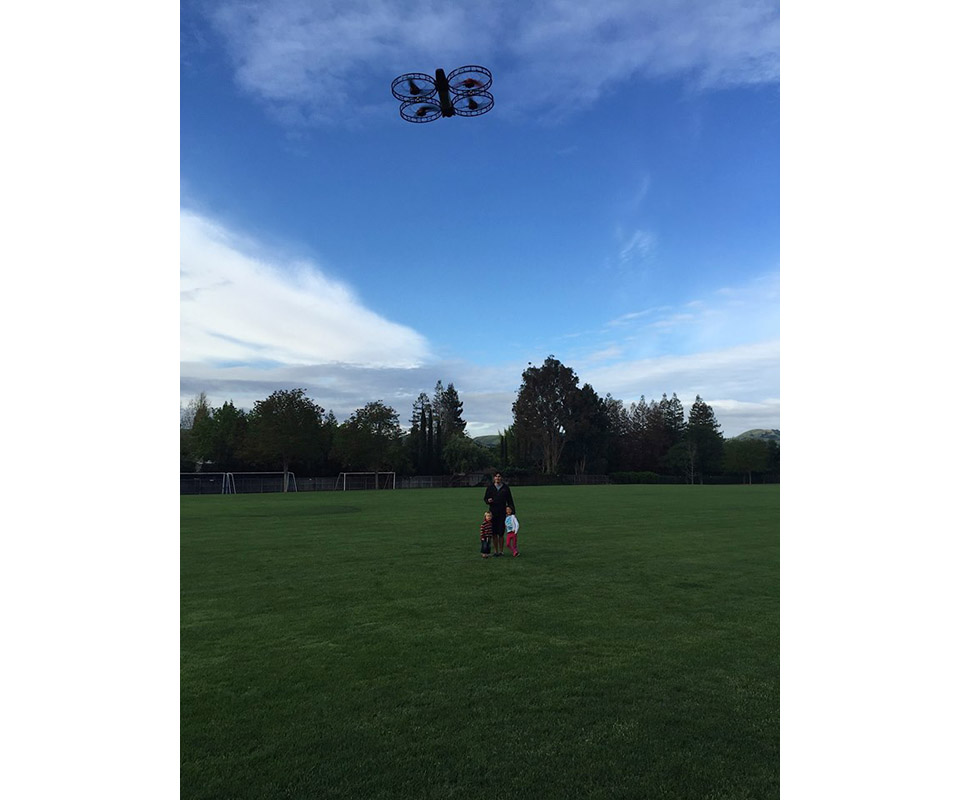 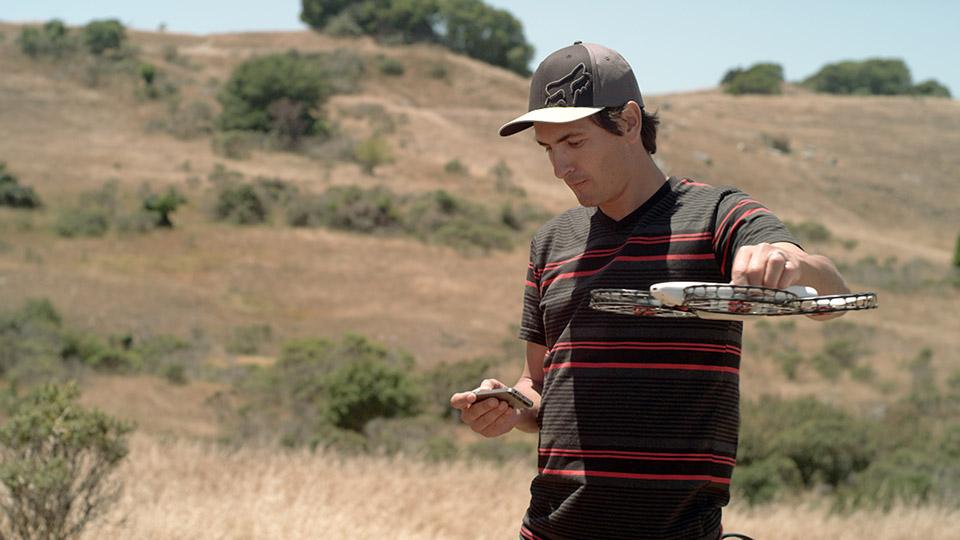 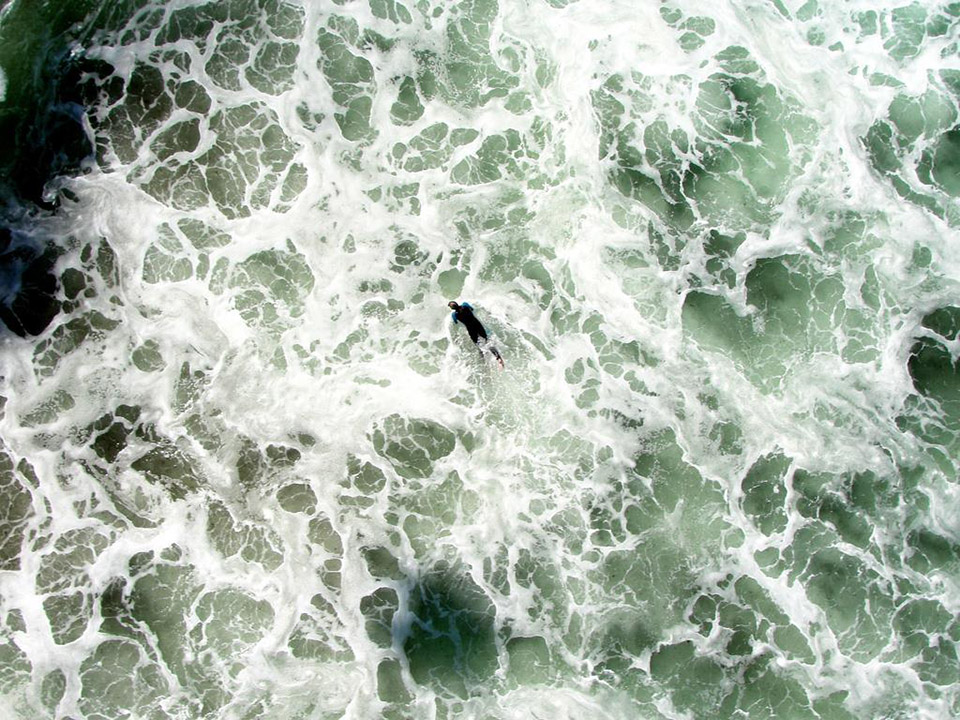 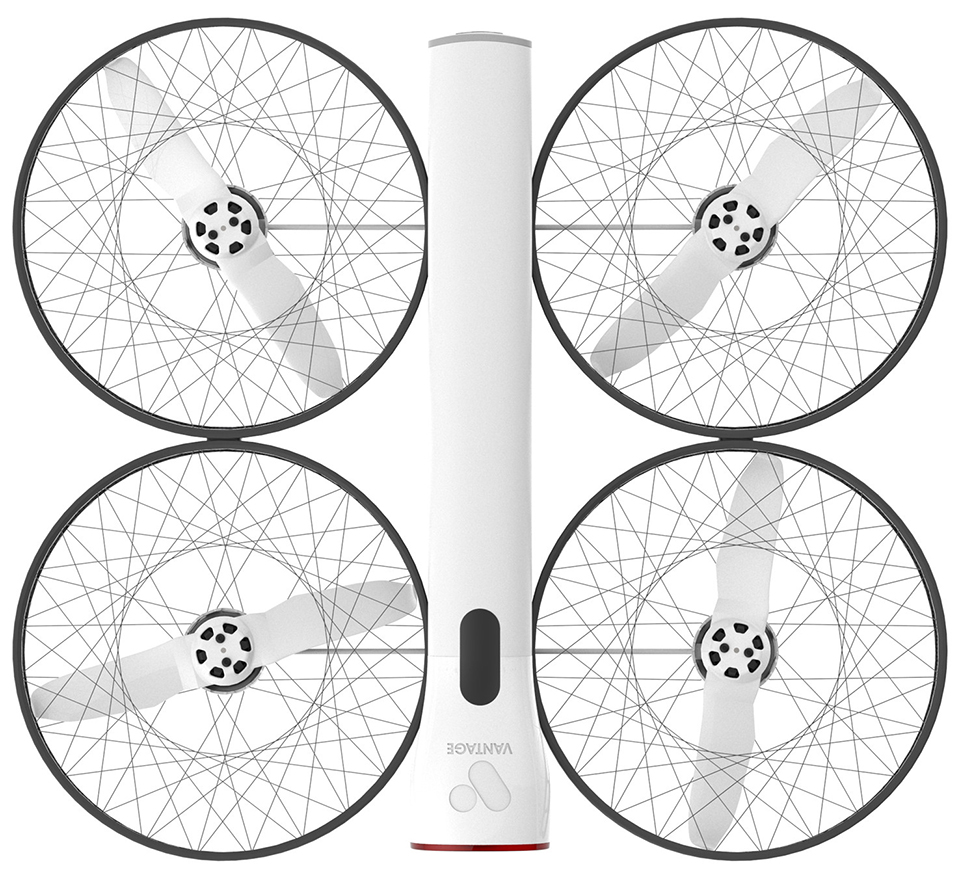 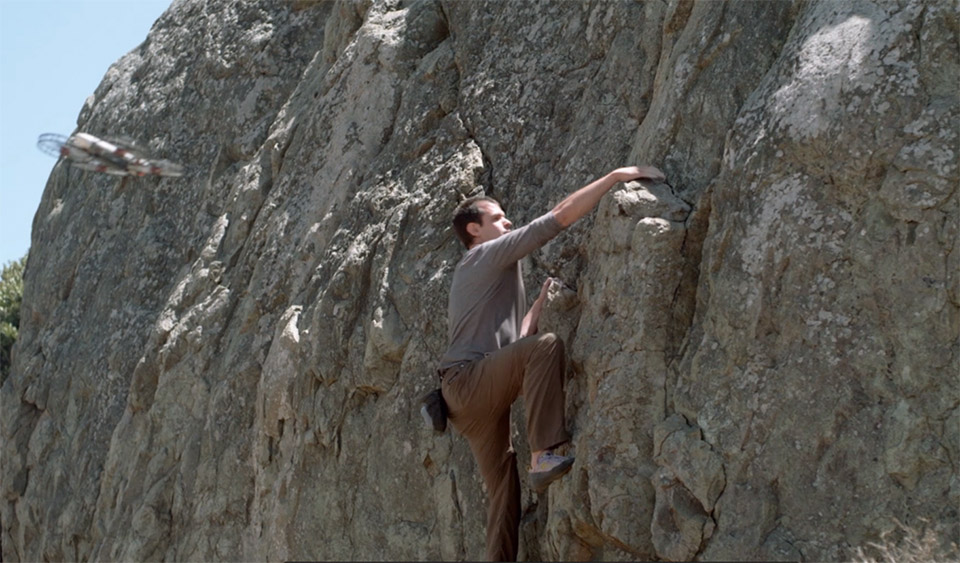 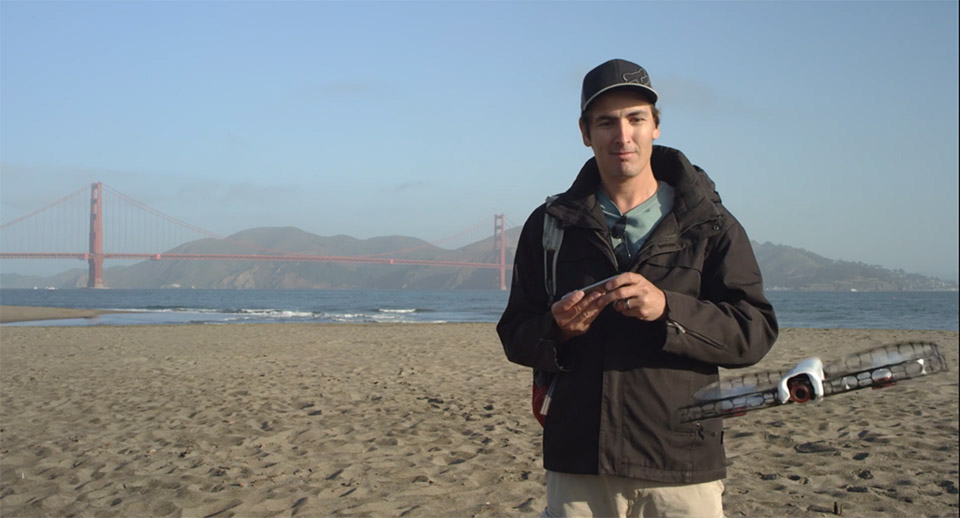 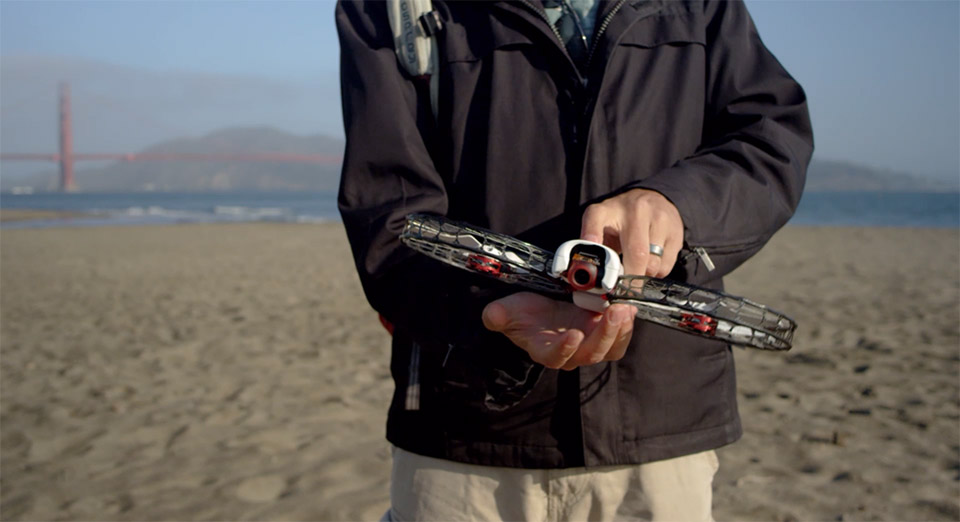 Drones are complicated. Sure, they’ve improved quite a bit over the years, but they still take a lot of learning, updating and calibrating before they can take flight. Even then, it could take a beginner drone pilot many months of flight before the undertaking becomes second nature. For as far as the technology has come, it is still very much in its infancy.

A new company in San Francisco is tackling the complexity of drones by offering up an easy, fully-loaded alternative. The Snap Drone by Vantage Robotics is a compact video drone that is easy to fly, but doesn’t cut corners with cheap components. It’s a drone for beginner pilots, but its visual capabilities are designed to match the industry standard with 4K video. 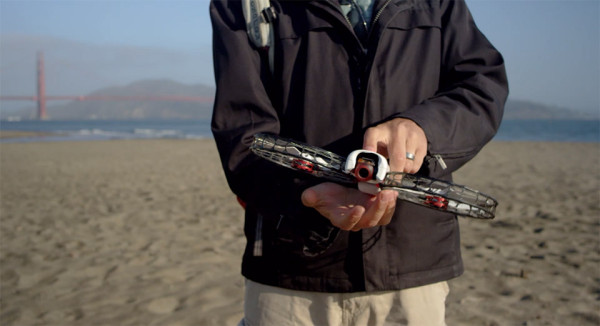 First, let’s explore what makes the Vantage Robotics’ Snap Drone different. It’s a typical quadcopter drone by design, but it’s delivered in pieces to be stored easily and assembled quickly. The camera, gimbal and battery section can be removed from the prop chassis, then folded away in a backpack. Unlike most drones, it’s not a rigid, fixed body design — it breaks down into simple pieces and is easy to re-assemble on site. 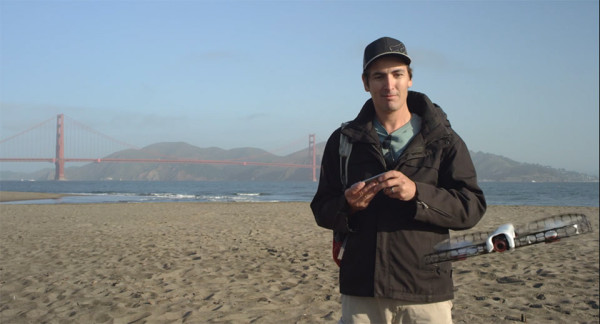 In terms of flight functionality, the Snap drone is different in both software and hardware design. It can be launched from a handheld position, then controlled entirely by smartphone. It’s software allows for easy follow flight with “smart lock” technology. It can be guided with a few taps on a mobile device, and it’ll fly according to these waypoints while keeping the camera on the action. 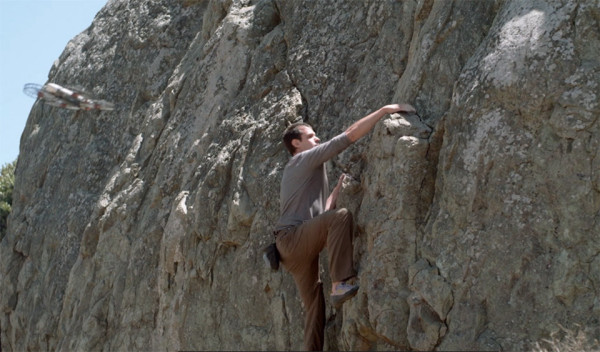 Next, let’s look at what makes the Snap Drone by Vantage Robotics similar to the rest. It boasts a 4K video camera and a 3-axis gimbal, basically everything you’ll want from a video drone in 2015. The thing is, Vantage Robotics didn’t cut corners so that they could boast 4K video by opting for cheap sensors. They use a Sony EXMOR 1/2.3-inch sensor — which is the same make and size as the sensor in the popular DJI Phantom 3 Pro and Advanced drones. It’ll be tough to argue that you’d be giving up image quality by using the Snap drone. While it’s too soon to speak for the quality of the lens (and any potential barrel/fisheye distortion), the sensor hardware is in line with the cutting edge. 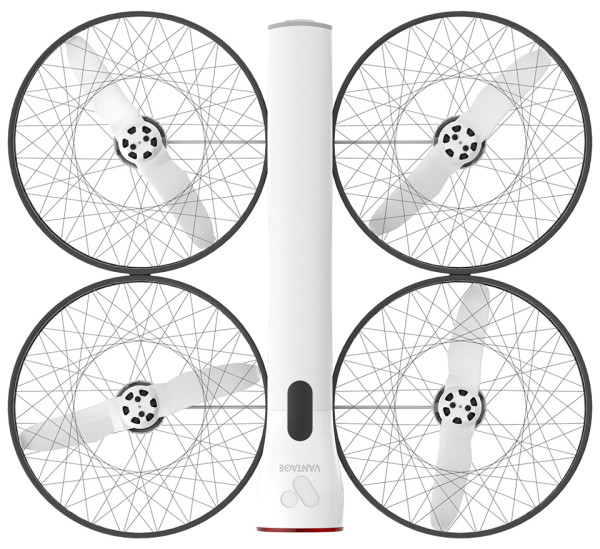 The other important specs you’ll want to consider include an airspeed of 30 mph, flight times of 20 minutes and the capability of handling 20 mph winds. Notable also is the prop cages built around each propeller. These can’t be removed, but we’re not certain you’d want to. They’re lightweight, but effective — inspired by bicycle spoke design to keep foreign objects from coming in contact with your props. Last, in terms of video, it’ll shoot 4K video at 30 fps and 1080p video at up to 120 fps. Industry standard, if you will.

The Snap Drone by Vantage Robotics will begin shipping in early 2016 for a pre-order price of $895. It is slated to sell for $1,295 on shelves next year, but early adopters can get in for a steal. 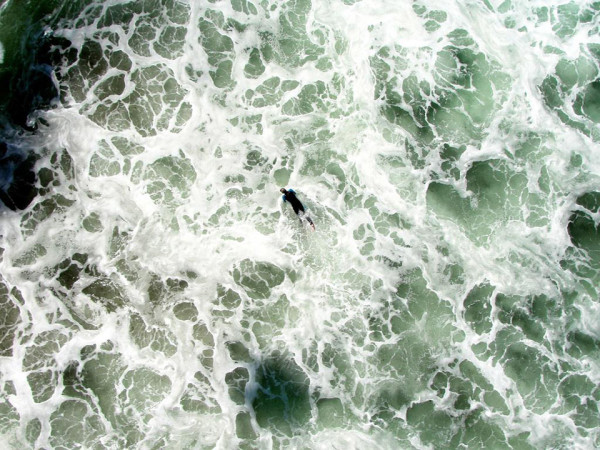 We’re moments away from fall 2015, and there are so many more drones available now than there were a year ago. They’re multiplying like, well, flies — and there could be many more by this time next year. The Snap Drone is an exciting entry into the world of video drones, and hopefully its arrival will force others to innovate. [vantage robotics]