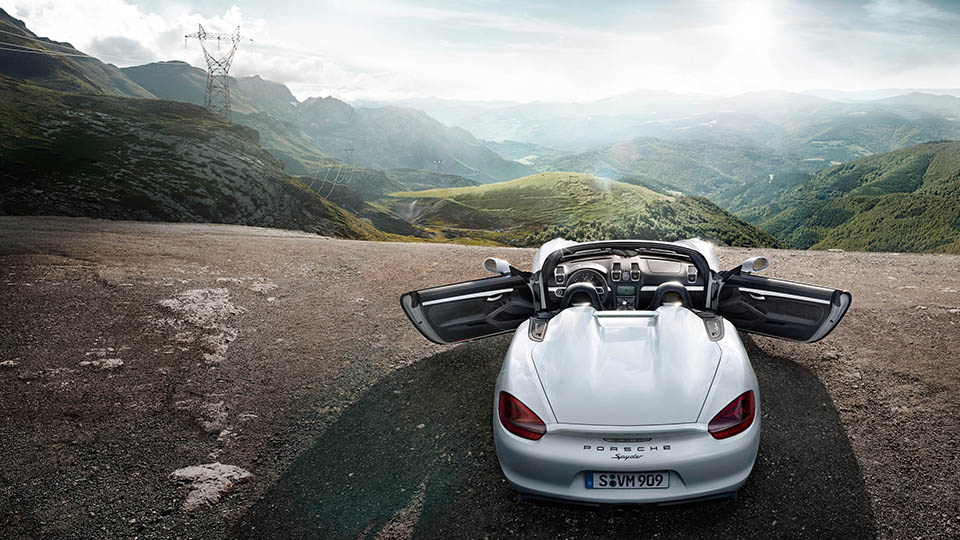 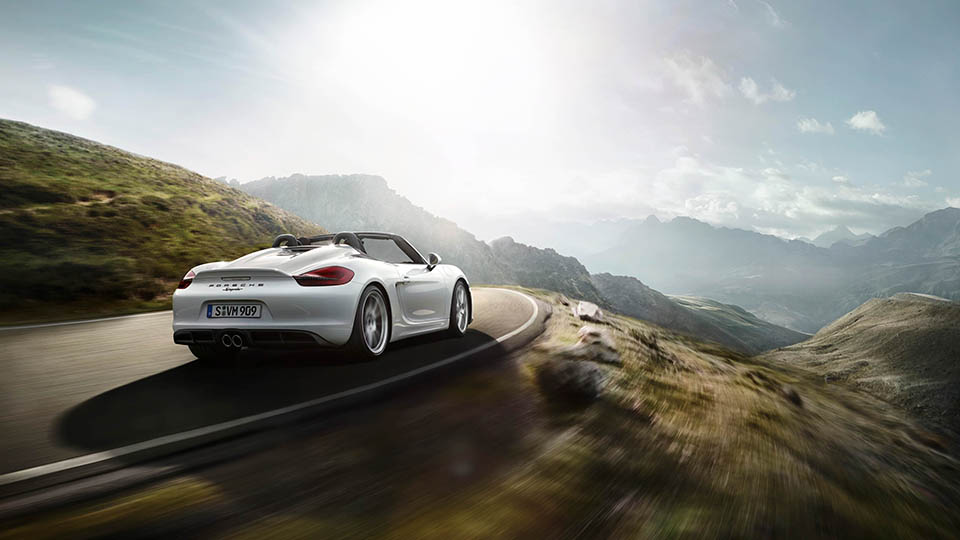 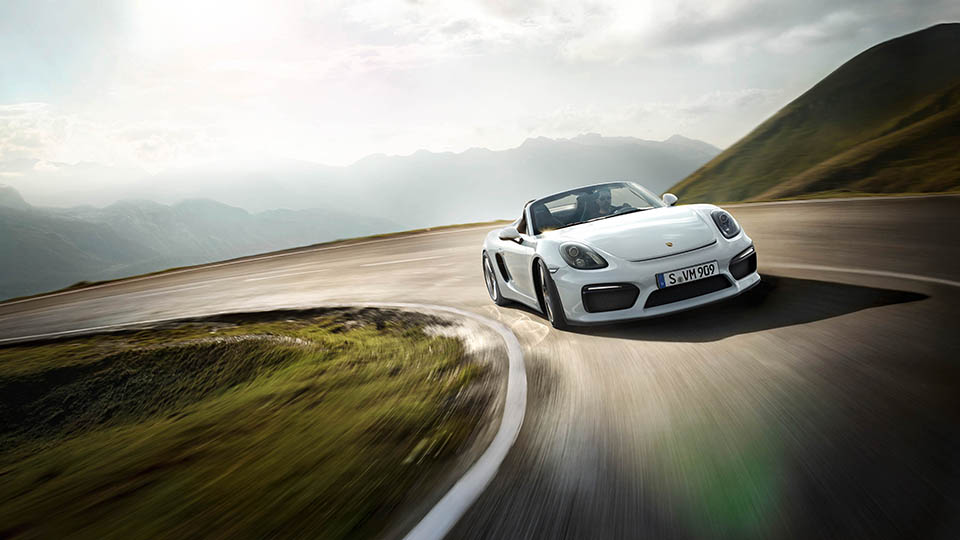 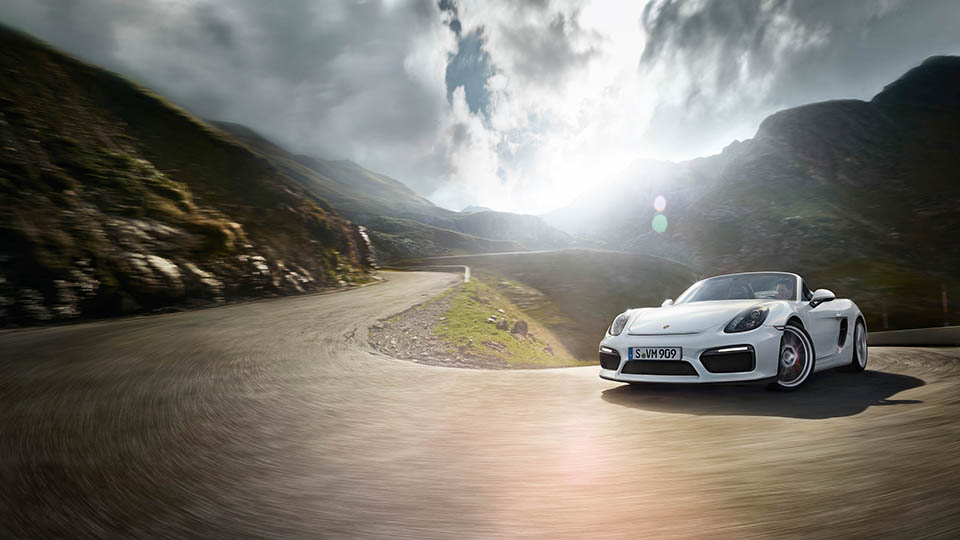 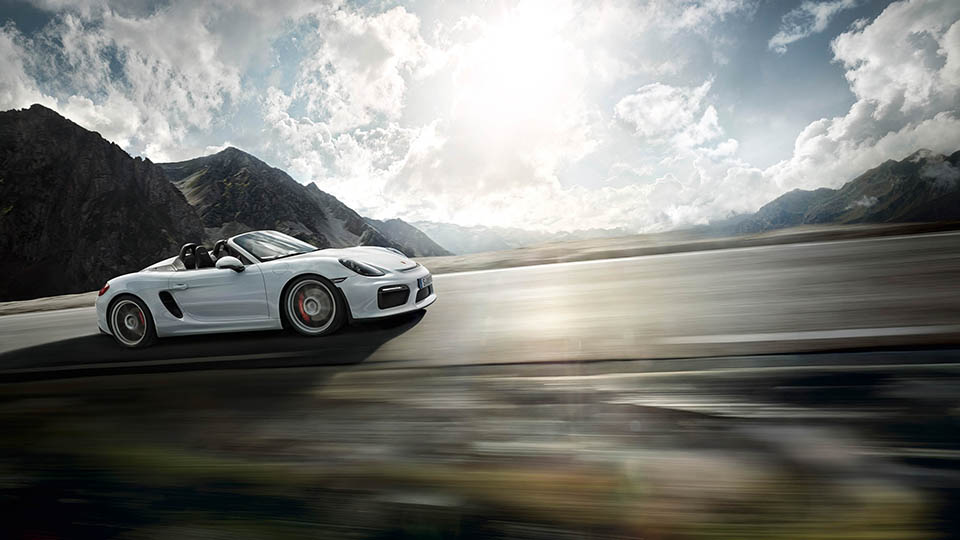 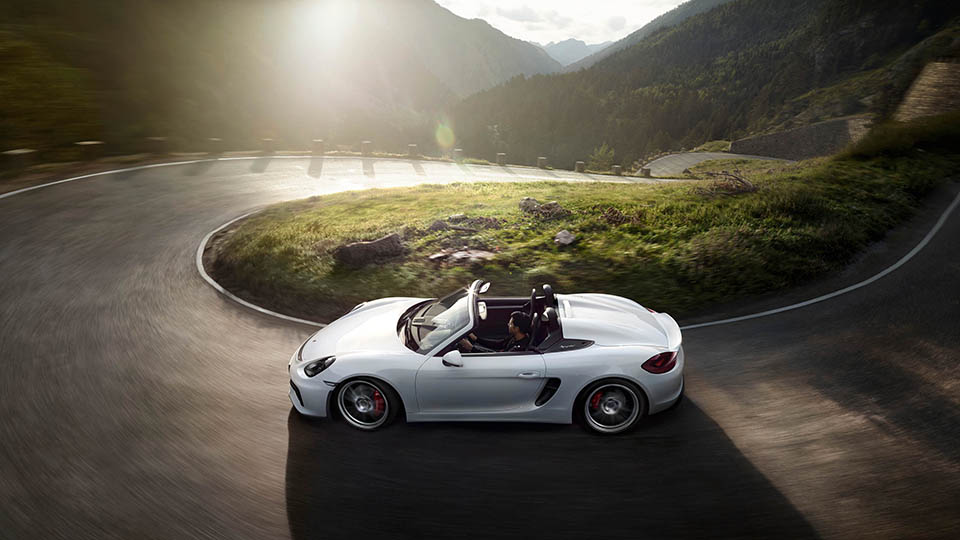 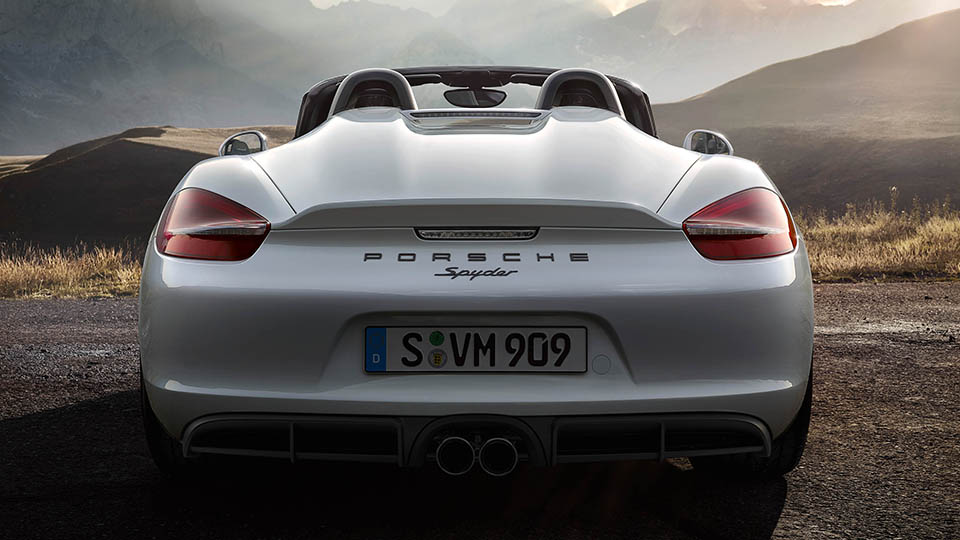 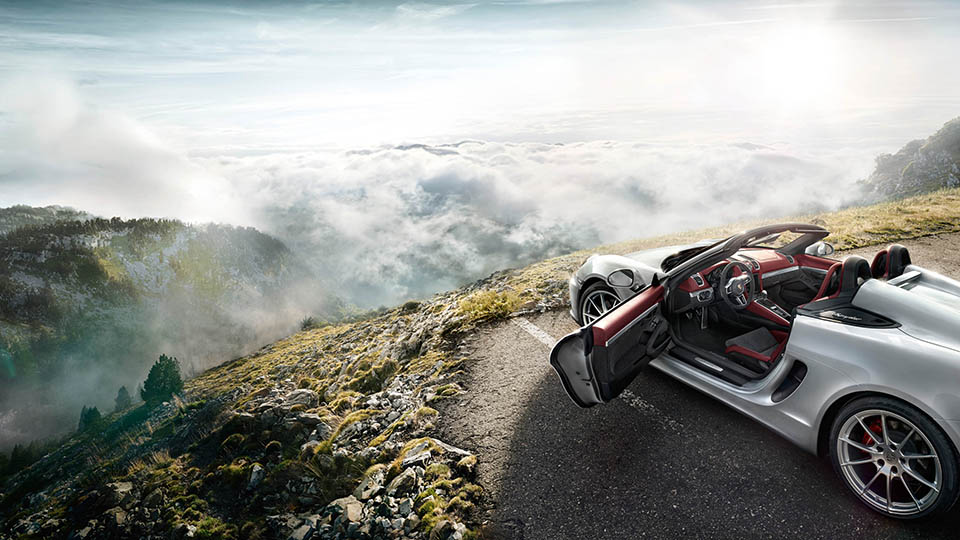 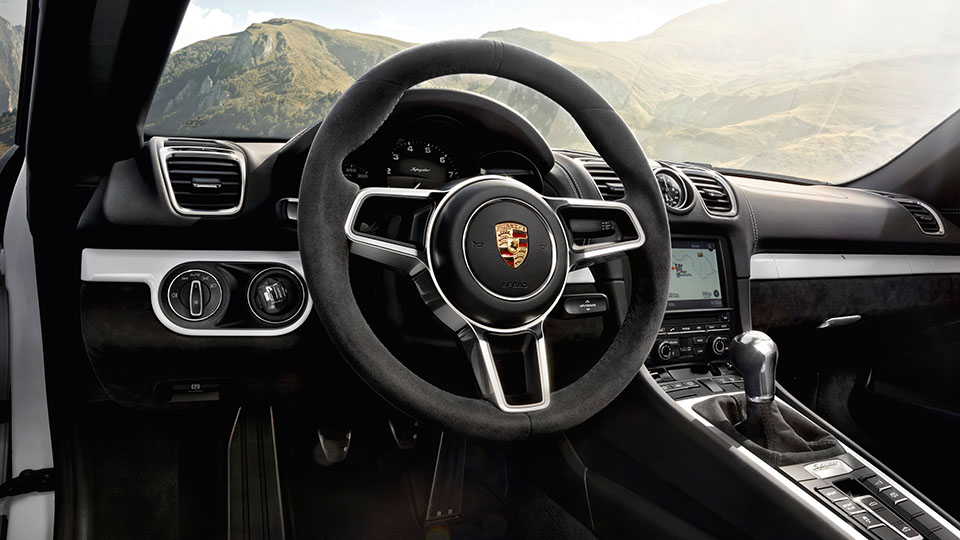 This is a purist’s Porsche. A vehicle inspired by the original recipe. The new Porsche Boxter Spyder recalls the open-cockpit roadsters of the brand’s history, dating all the way back to the Porsche 356 of the late 1950s. It is the latest vehicle to bear the “Spyder” badge for Porsche, a vehicle that is both simple and elegant in conception. The Porsche Boxter Spyder was revealed this week at the New York Auto Show, and it is instantly one of the most exciting releases of early 2015.

…Something truly special for Porsche purists. A roadster from the original recipe.

This new Spyder has arrived from an unlikely pedigree. The Porsche Boxter was once seen as Porsche Lite, a vehicle that shared the basic shape of a 911-class vehicle, but with serious concessions in the power department. The Porsche Boxter Spyder is the king of this enthusiast class, a genuine performance vehicle that takes advantage of the Boxter’s slim curb profile. It sports key bells and whistles from the big boys, and produces quite a response on the open road. 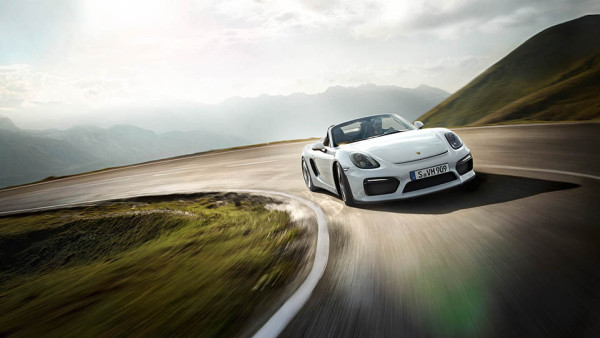 The new Porsche Boxter Spyder is powered by a 3.8L flat-six engine which produces 375 horsepower. It has mated this powerhouse to a slimmed down Boxter frame, even going so far as to remove air conditioning and stereo systems.  This light-as-a-feather body doesn’t hold back that 375-horsepower engine, so the resulting performance is quite remarkable. Specifically, the Porsche Boxter Spyder climbs to 60 mph in 4.3 seconds before topping out at 180 mph.

Take-off and top speed don’t tell the full story of the Porsche Boxter Spyder. It sports the same braking systems as its 911 counterpart, giving this roadster model all the slow-and-accelerate response it would need on the amateur racing circuit. With trademark Porsche handling, this car is built for the in-between, not just the start and the finish. Consider Porsche’s introductory press angle for the Boxter Spyder: #5billioncurves. They’re selling this beauty to drivers who want to put this vehicle to the test on the winding roads of the world. It’s a joy-rider, plain and simple. 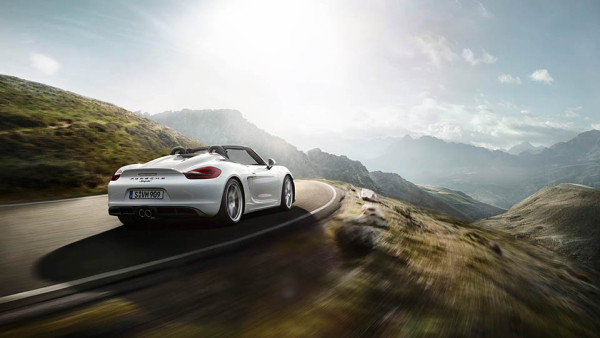 The newest Porsche Spyder will be available this year from just over $80,000. Compared to any other Spyder Porsche has produced lately, that’s a steal. It’s one of the most exciting releases of the 2015 New York Auto Show. It’s not the fastest, it’s not even the lightest (comparably, those honors go to the 2015 Cadillac CT6). What it is, however, is something truly special for Porsche purists. A roadster from the original recipe. 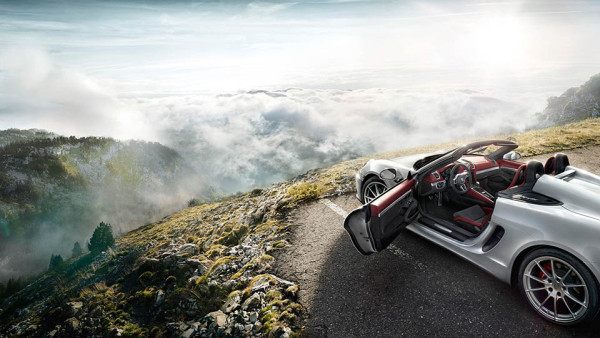 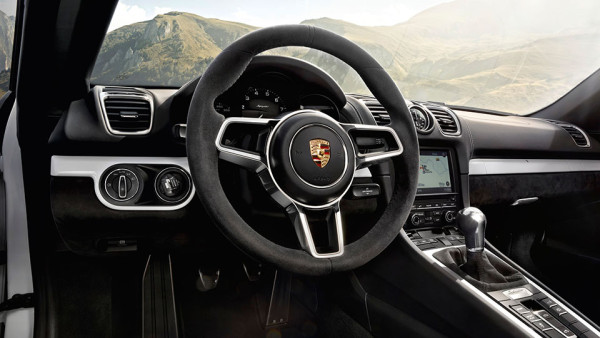 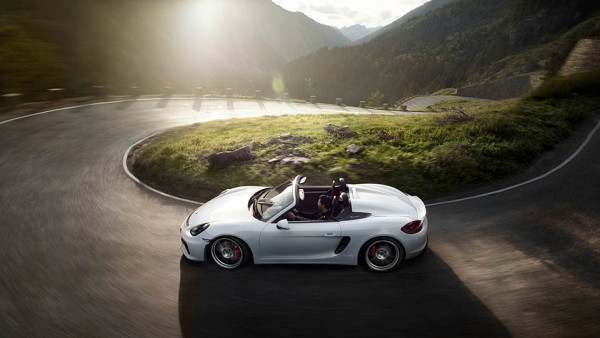