17 Vintage Cameras for Going to the Shutterbug’s Ball 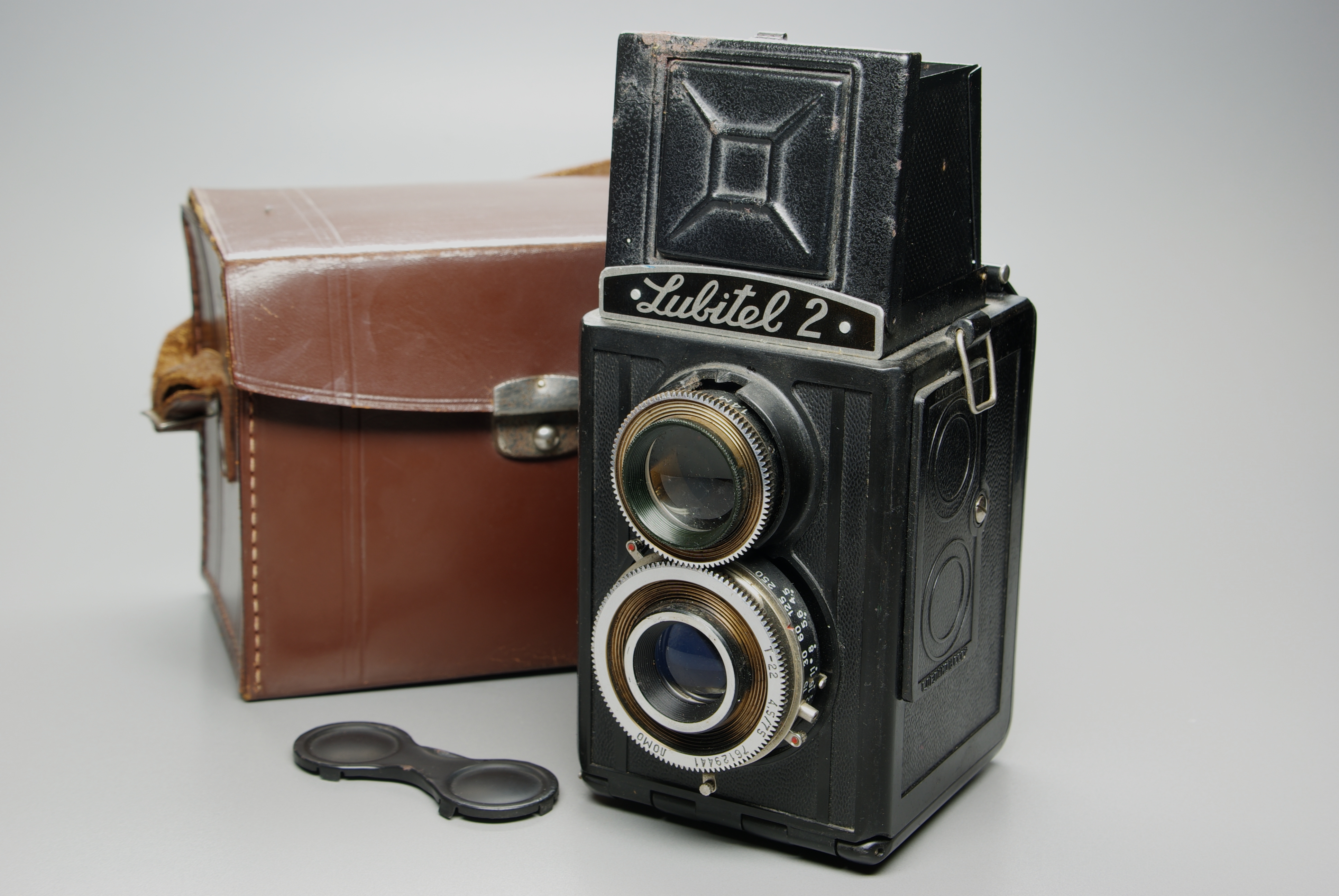 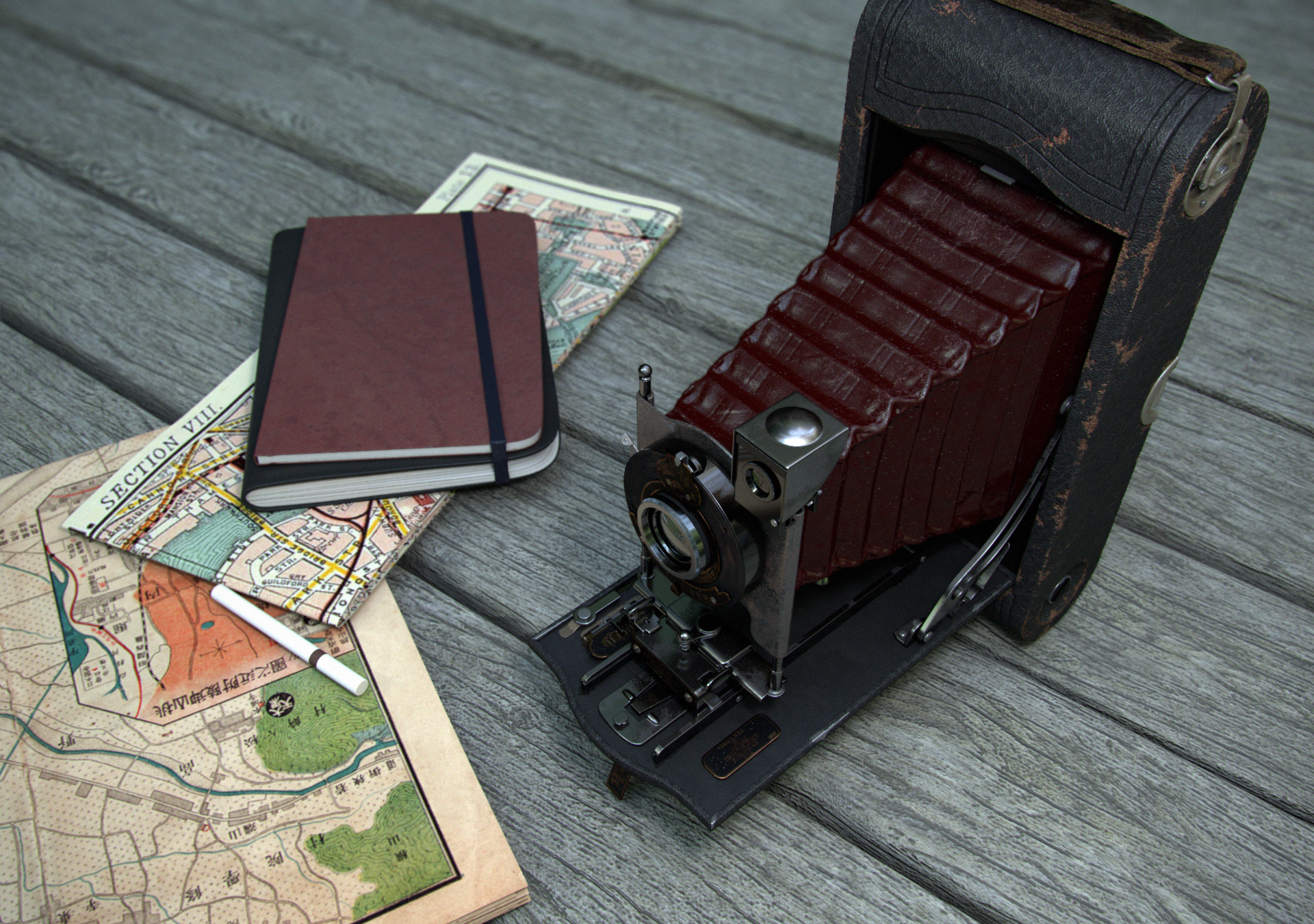 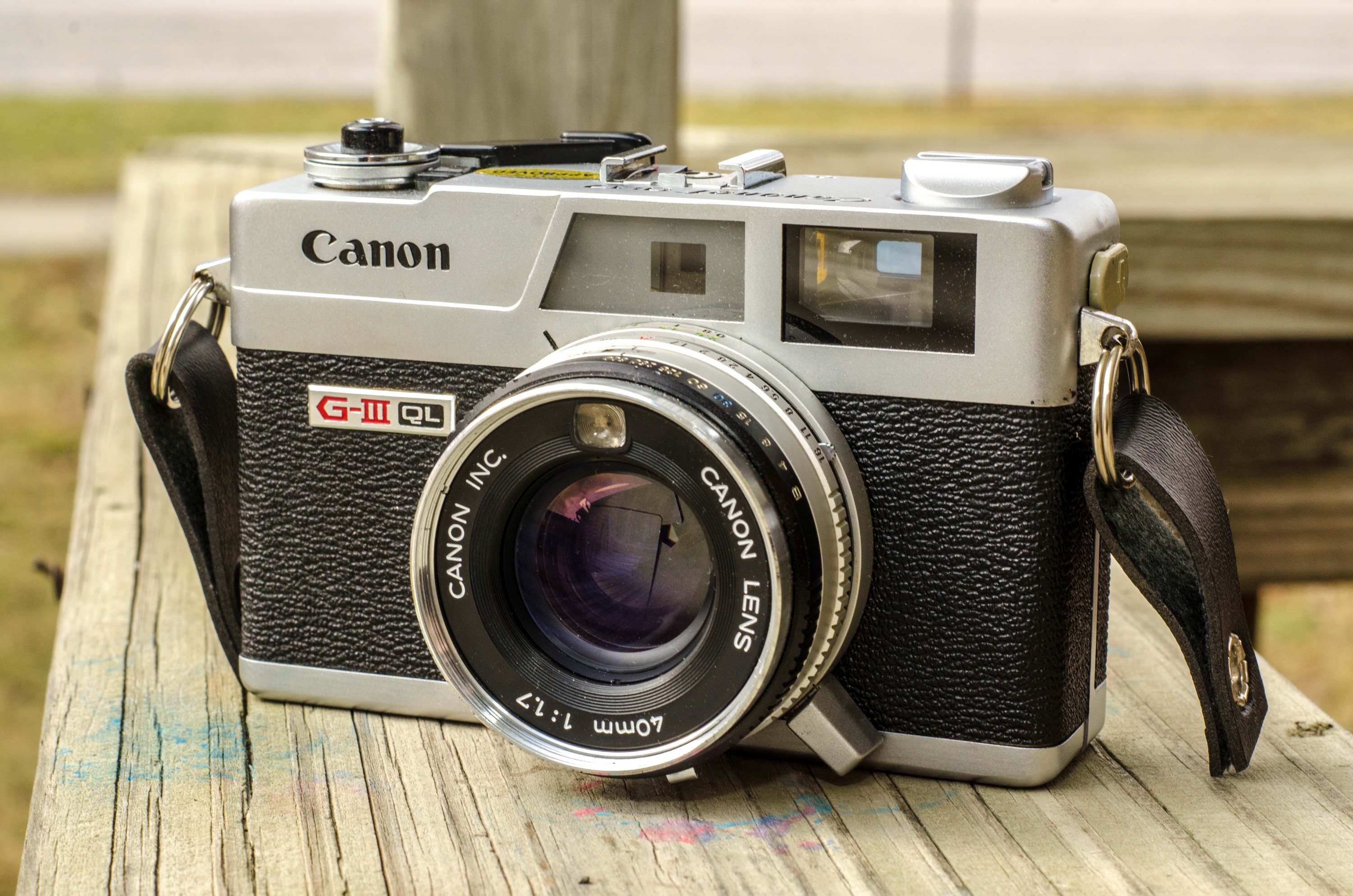 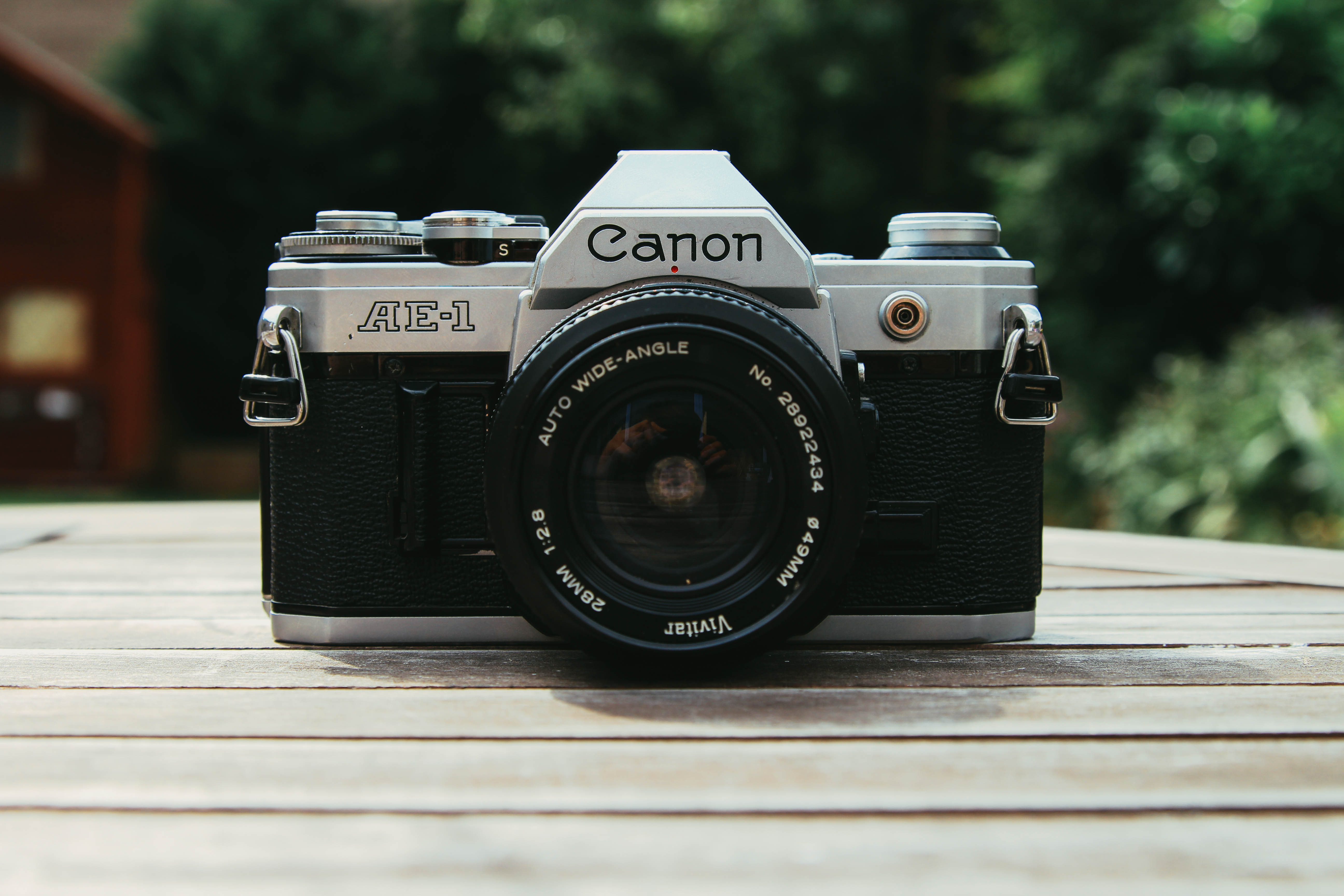 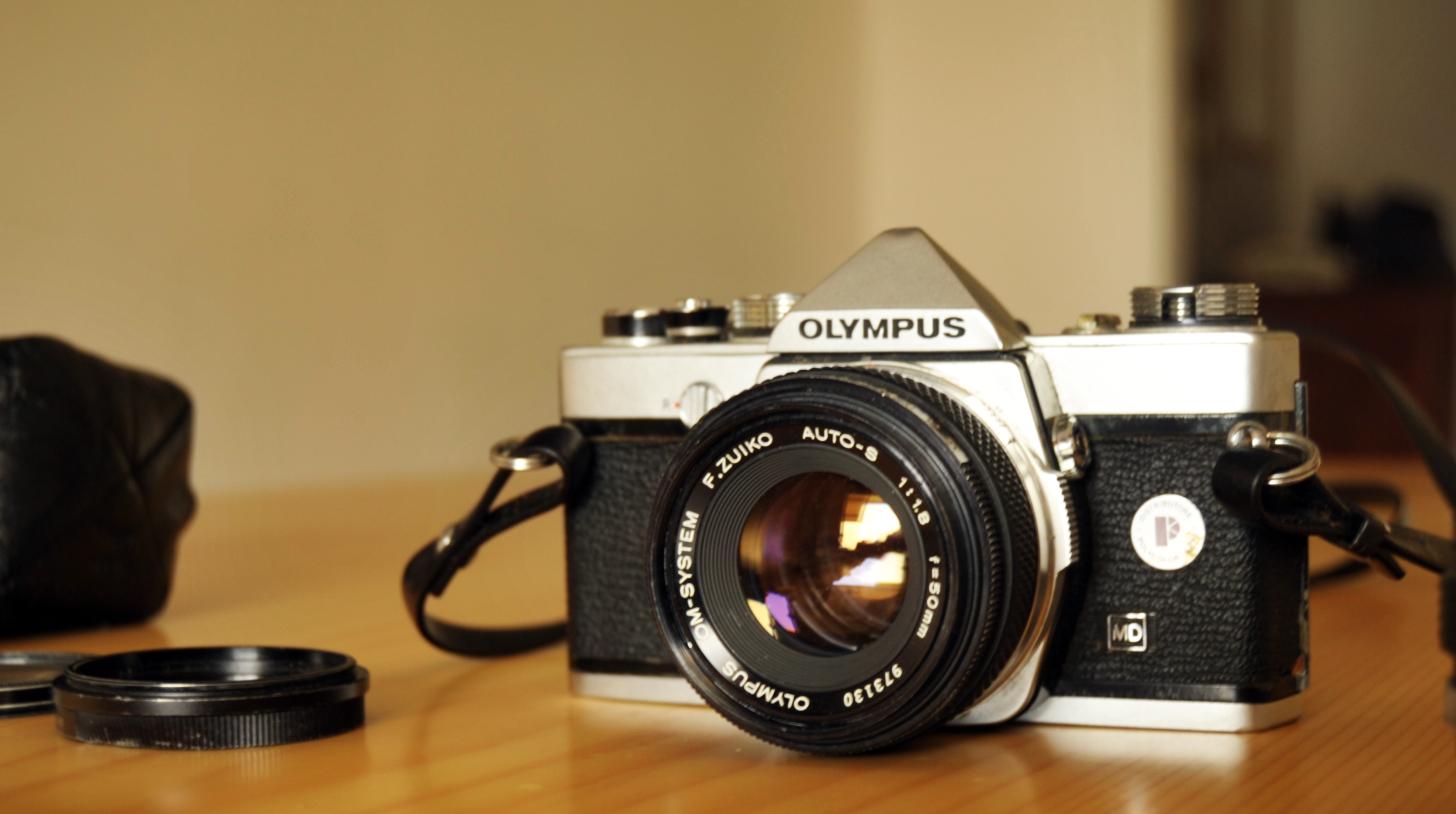 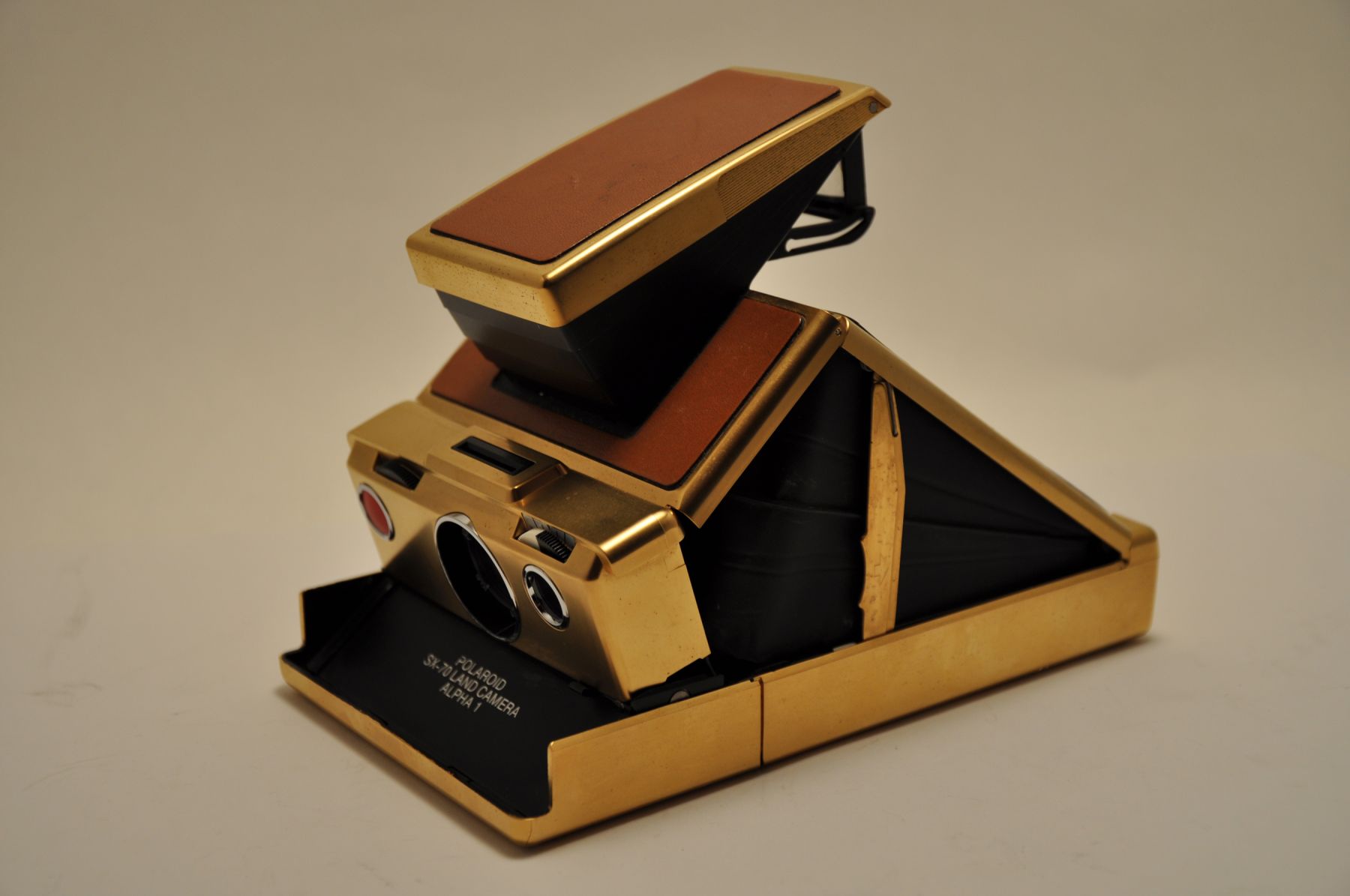 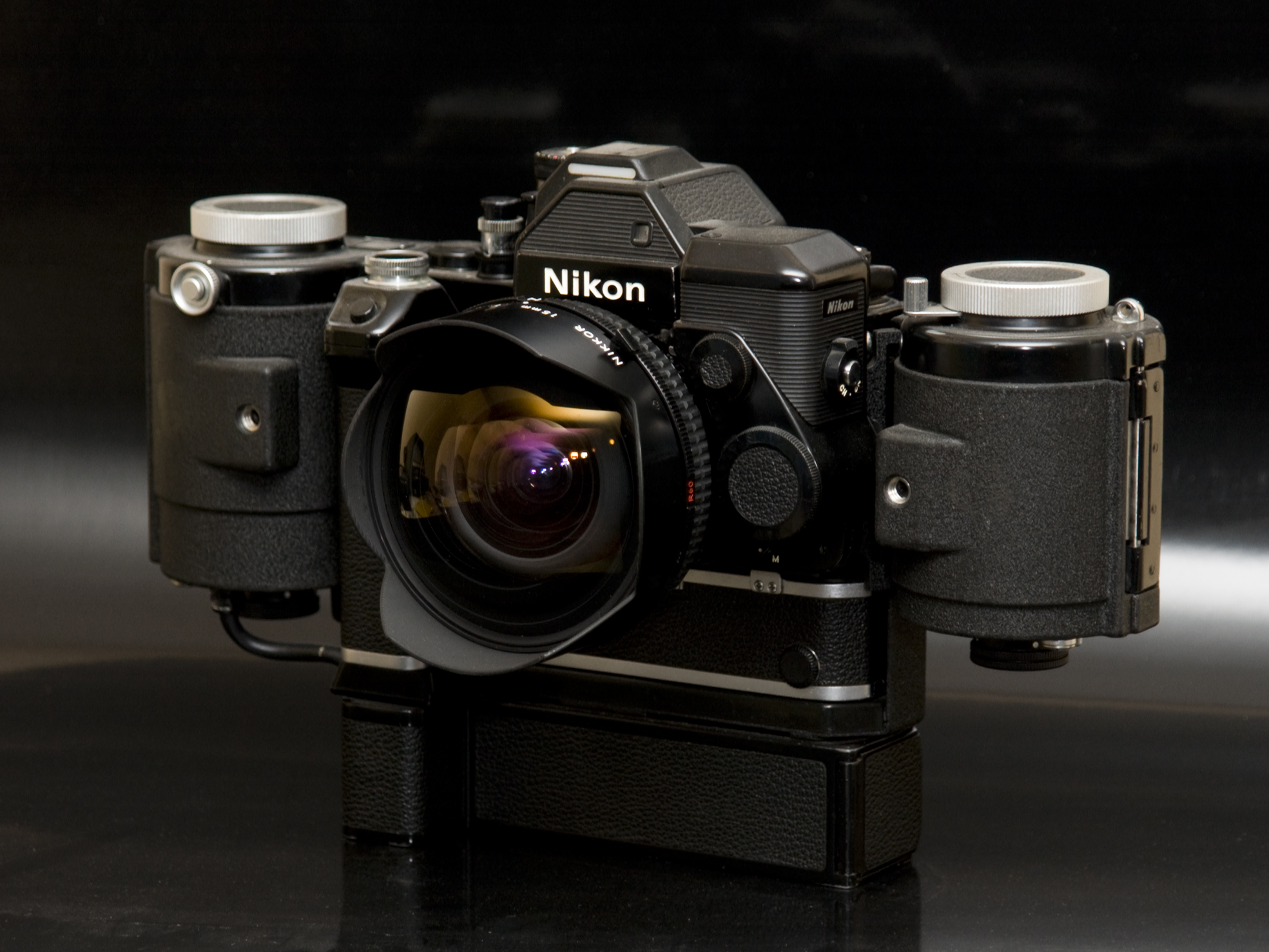 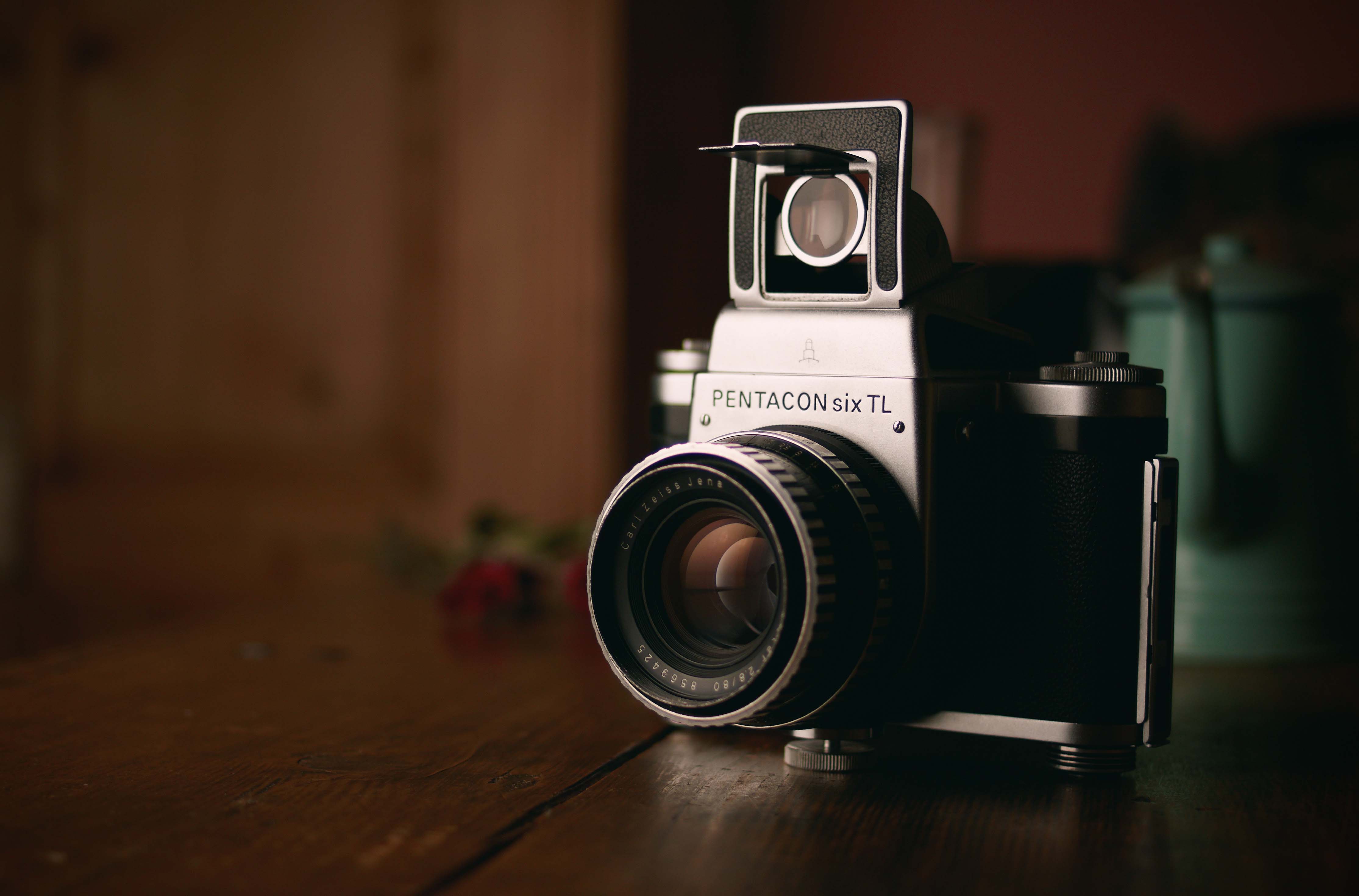 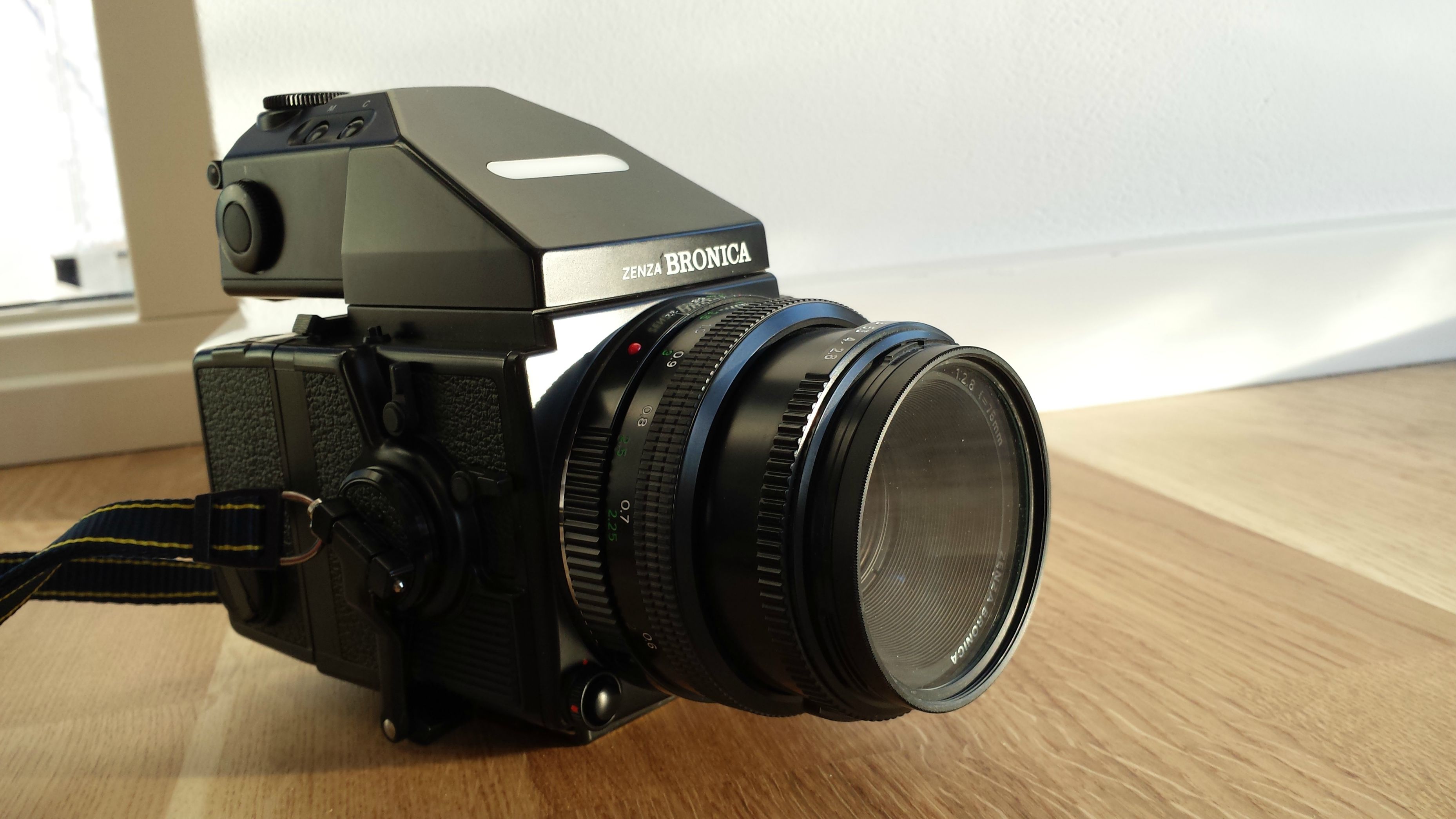 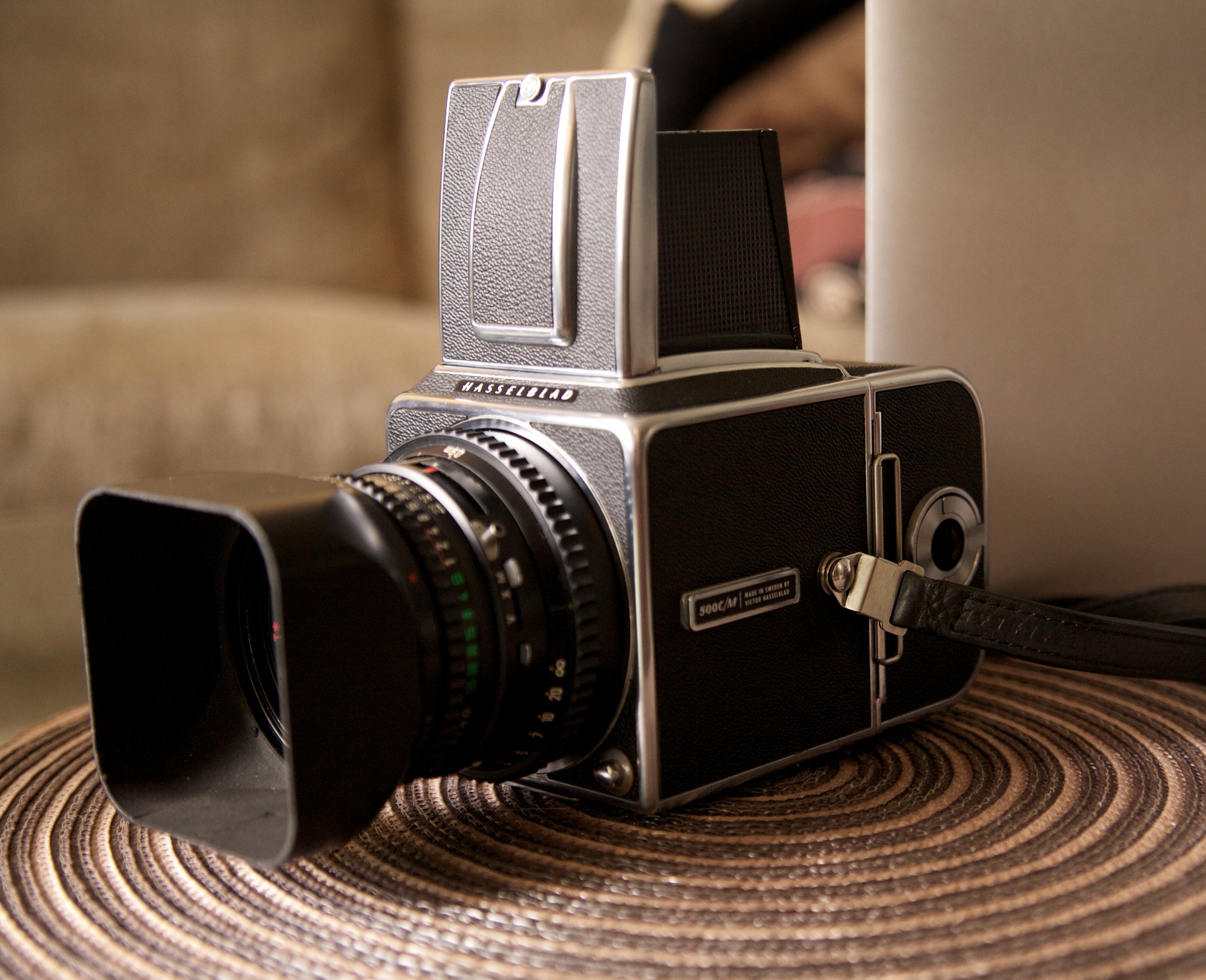 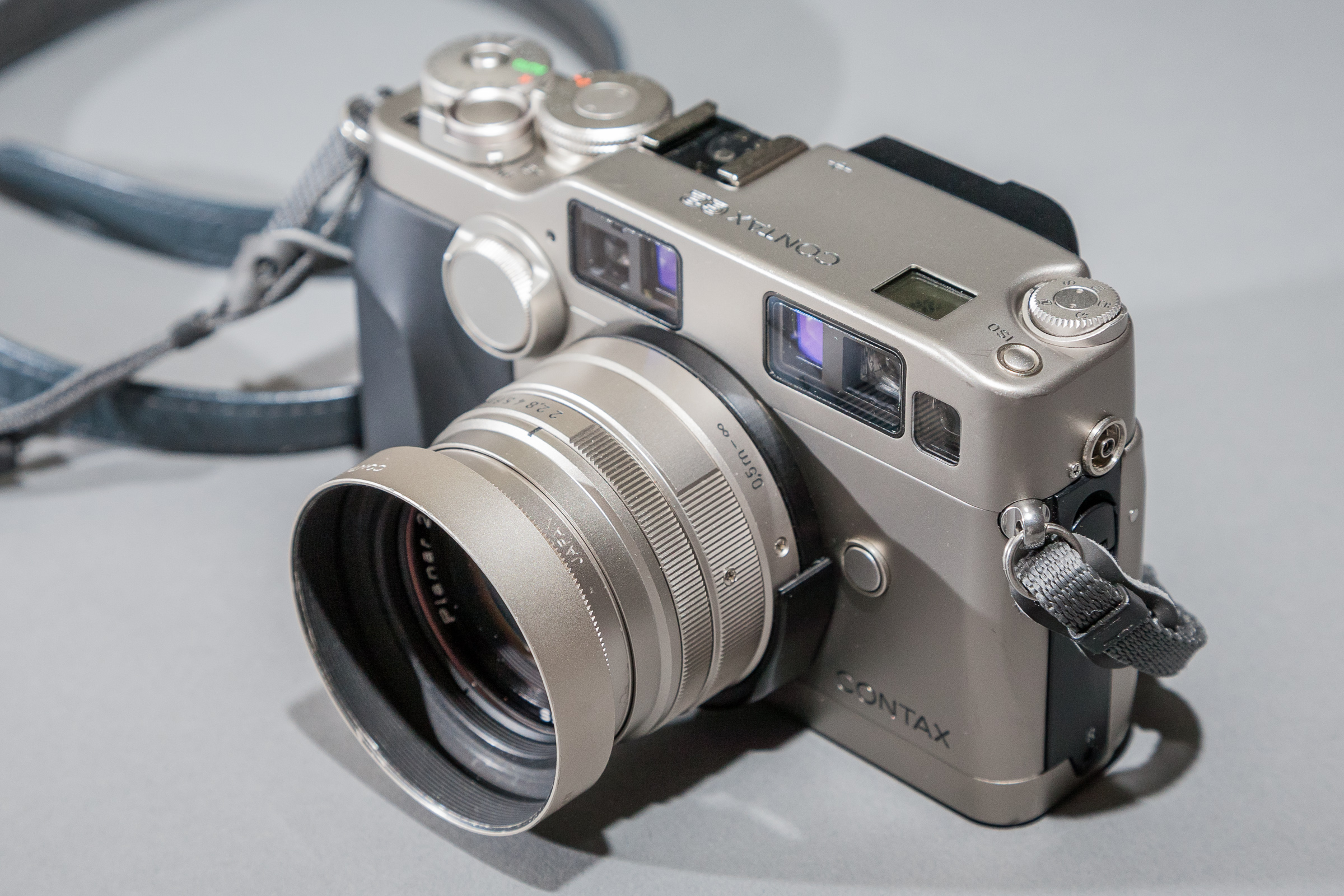 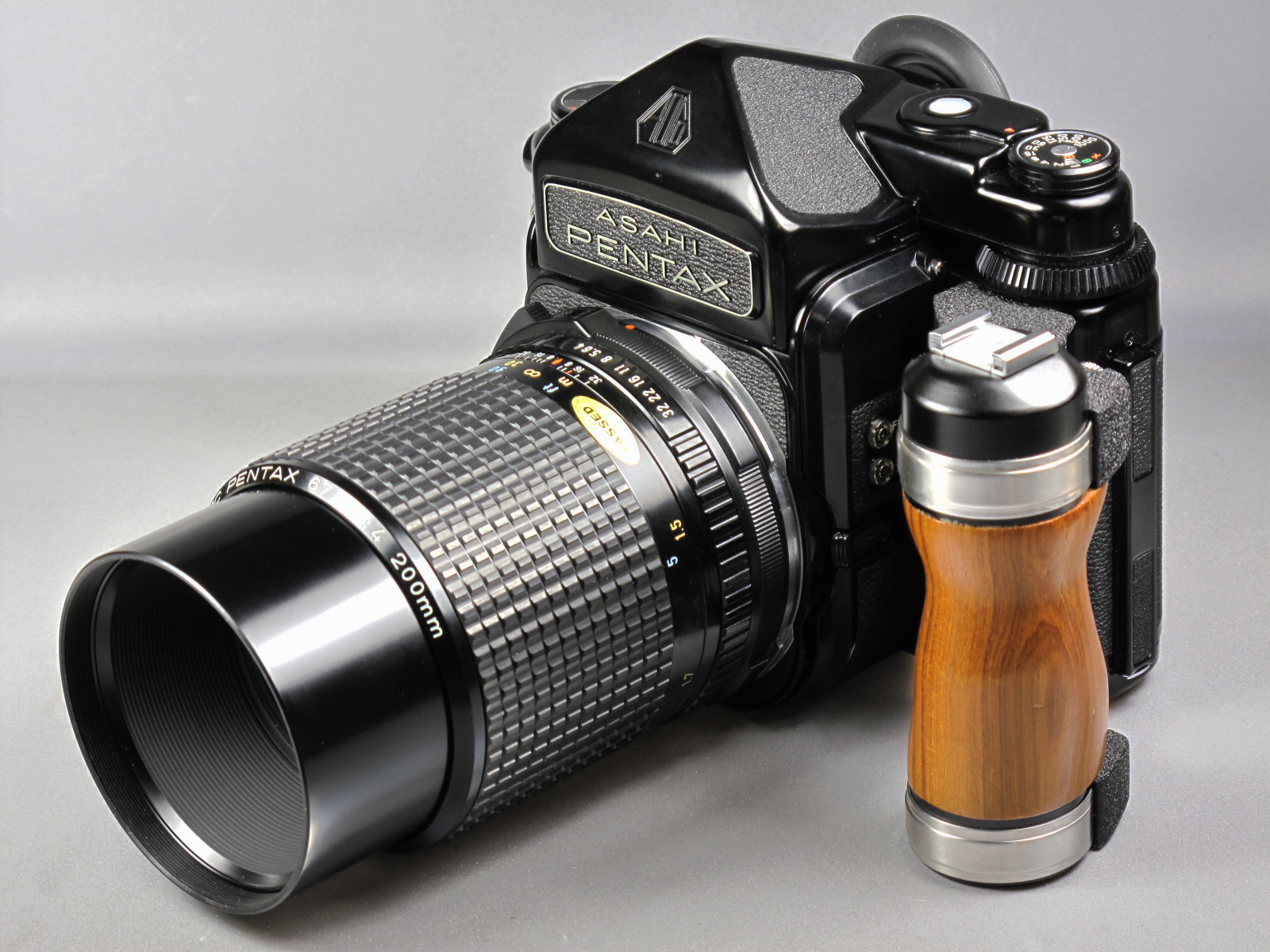 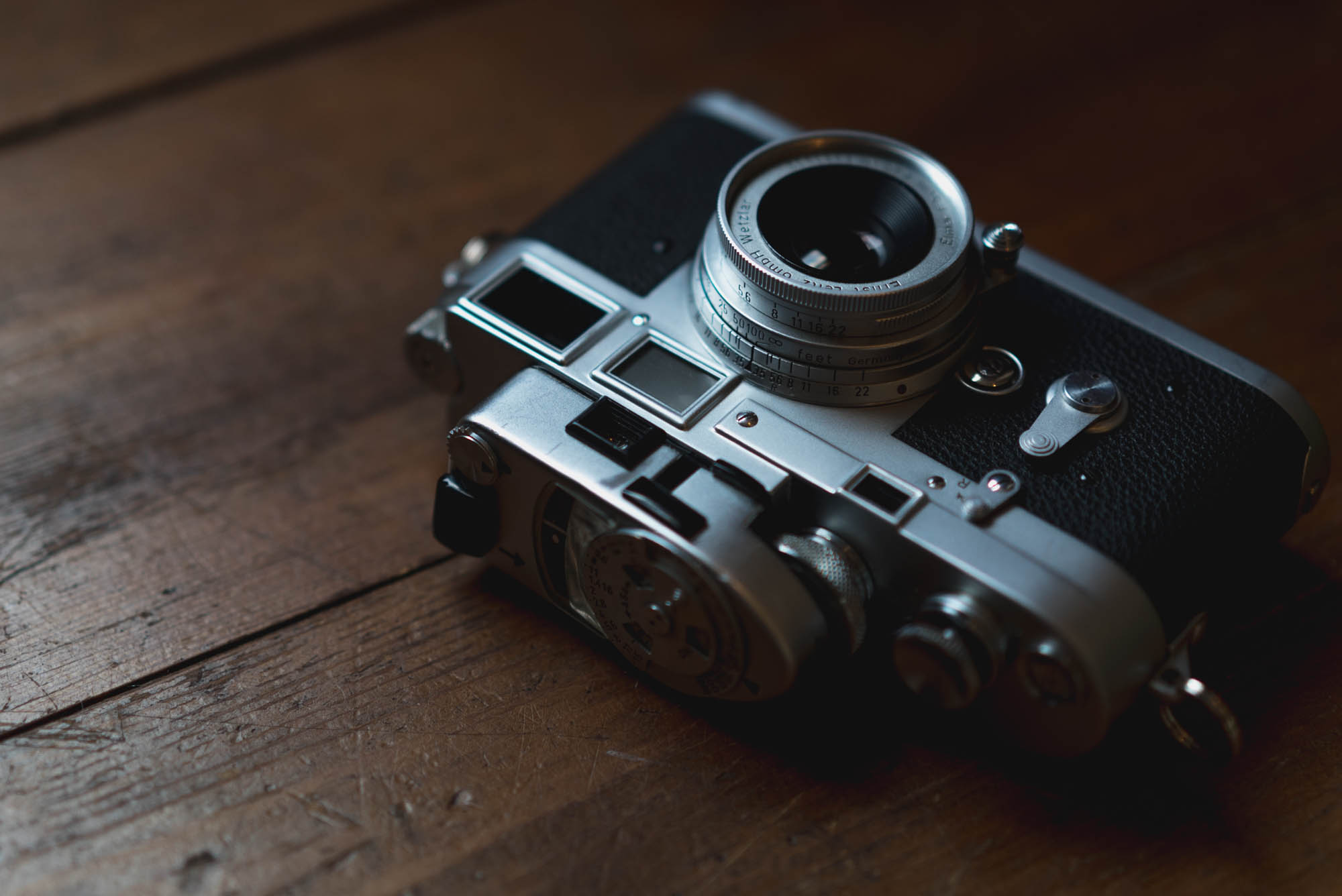 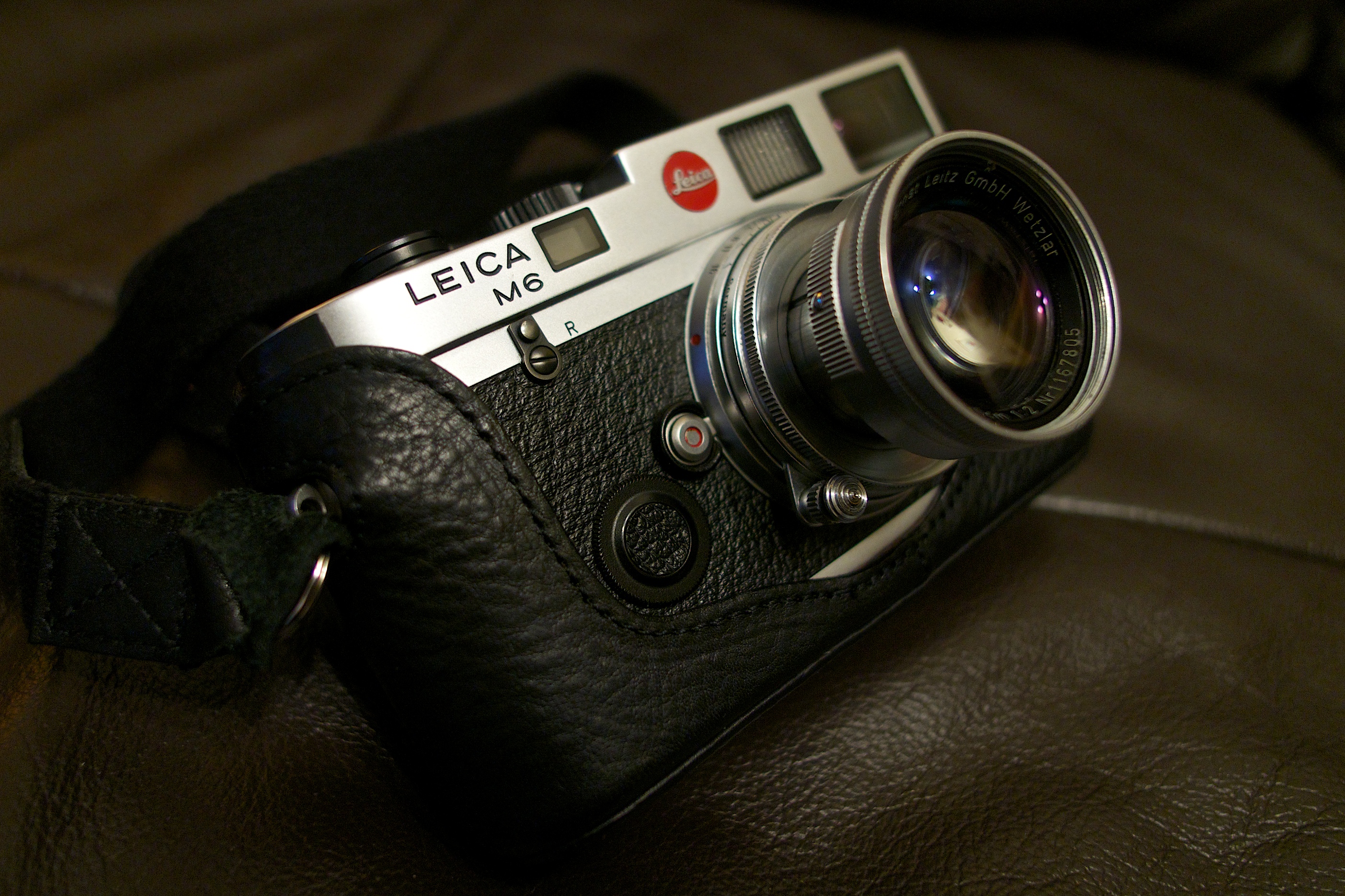 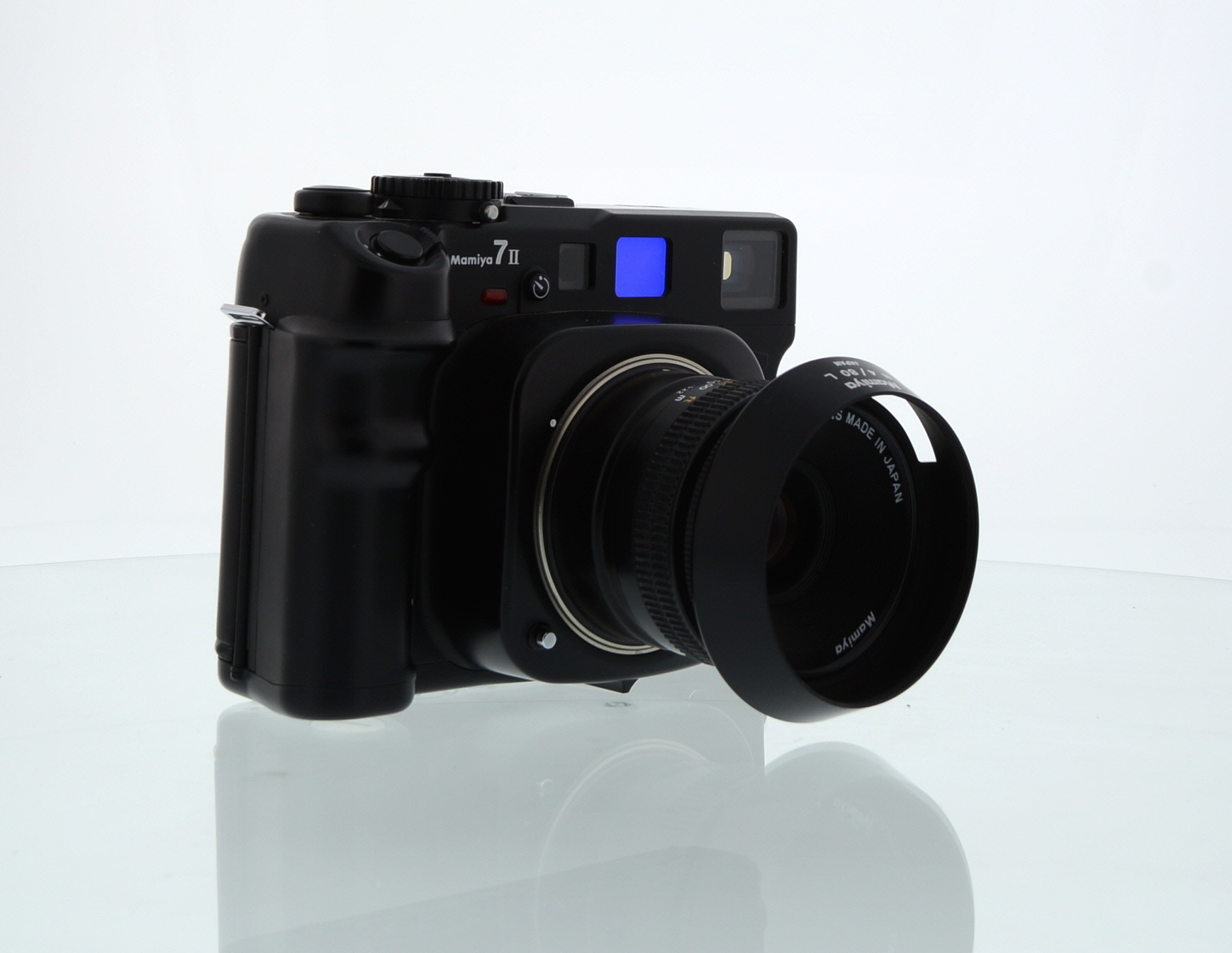 Every phone, tablet, and computer is a camera these days, but they lack much of the artistry melded with machinery that signified the cameras of the past. A vintage camera is a work of art unto itself, as well as a curiosity of ancient technology akin to the 8-track tape deck. Like typewriters, the vintage camera has become a curiosity for collectors (we’ll call them photophiles or photophiliacs), but they can also be fully functional items that shoot with actual film, which is much harder for the NSA to hack.

Whatever your interest in vintage cameras is, be it for use or merely to add to your collection of archaic lenses, we encourage you to get the most striking, and most impressive items of yesteryear. With that, here’s 17 vintage cameras for shutterbugs of any era. 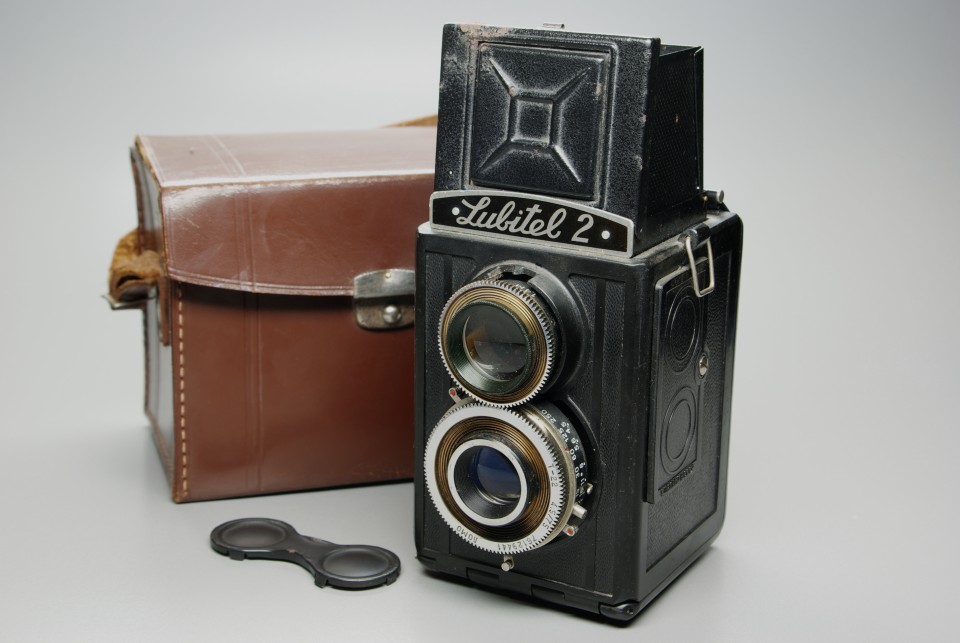 Black Box: The name is Russian (literally: Любитель) and means “amateur.” Produced between the mid-50’s and the 80’s, the Lubitel 2 was a plastic (often bakelite) body with a stepless aperture and metal rings, almost identical to earlier Komsomolets meant for anyone to get into the camera game with limited know-how.

No 3A Folding Pocket Kodak 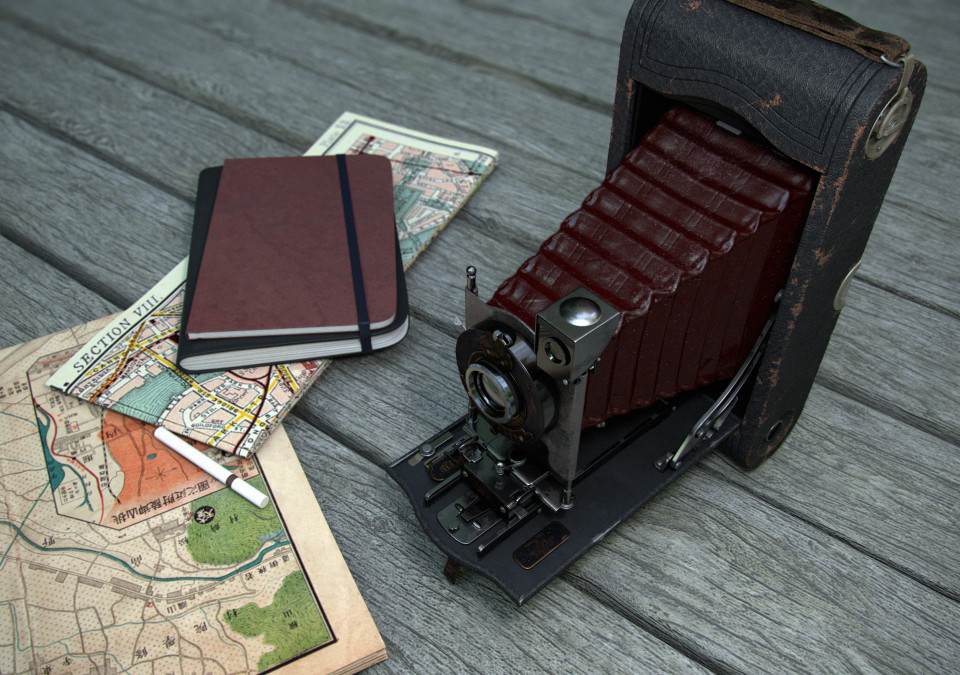 Hipster Handheld: Some of the first cameras that could be carried in hand, the price changes to either extreme based on which model (B, B2, B3, B4, B5, C, or G) you’re talking about. Introduced in 1903, each one is a true snapshot of history, and a piece of the Kodak legacy. 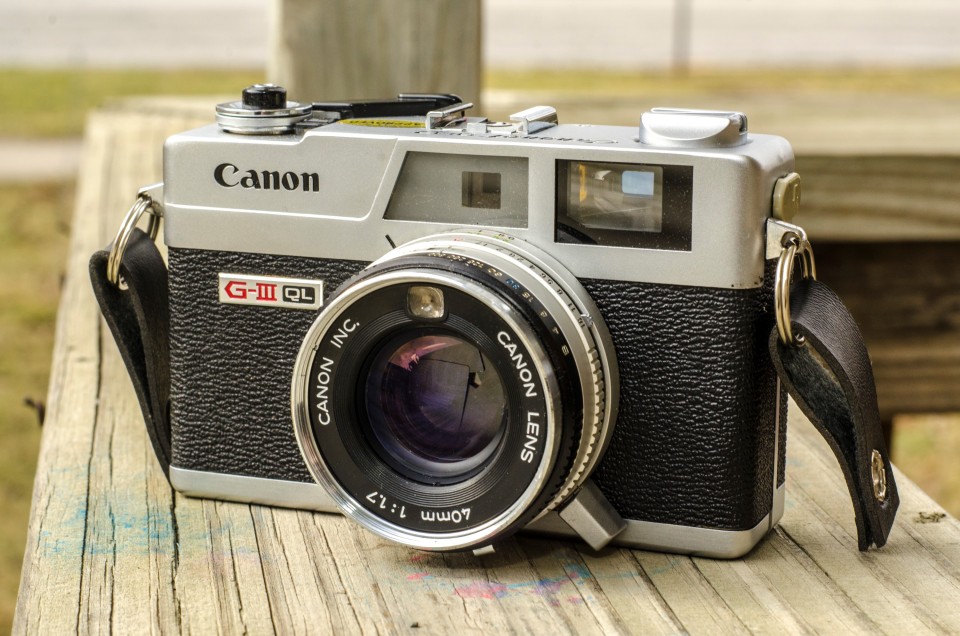 Right Light: The fixed lens is what keeps the QL17 from being great, but for a rangefinder camera that has a built-in light meter that can forgive mistakes, reduce over or under exposure, and rescue otherwise hopeless pictures, this can go toe to toe with many of its younger, hotter digital cousins. 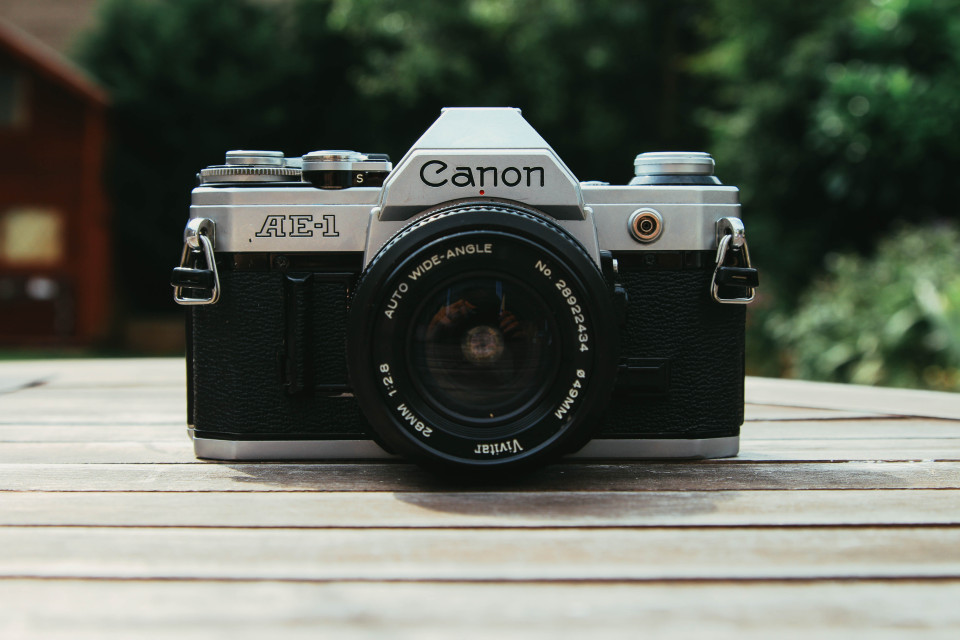 Manual Master: Retro as a mohawk, but still more than able of handling a semi-professional shoot, this is an SLR camera that is often used by students learning the craft who need a full manual operator to get their feet wet. 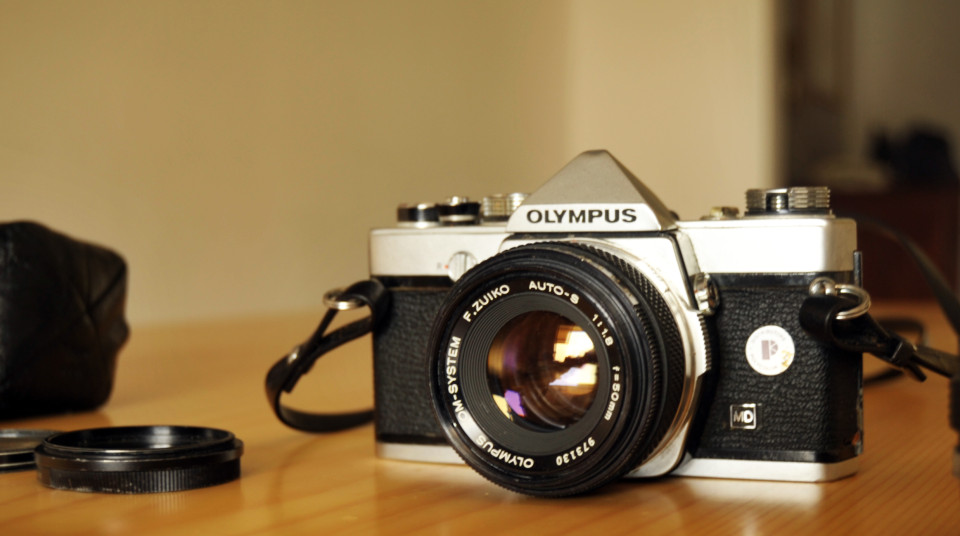 Most for the Money: The budget baron of the poor man’s film camera world, the OM-1 was originally called the “M-1” and intended to compete with Leica cameras. Though they were forced to alter the name, these were so popular that they can be had for pennies on the dollar, and give you a learning machine that goes the distance. 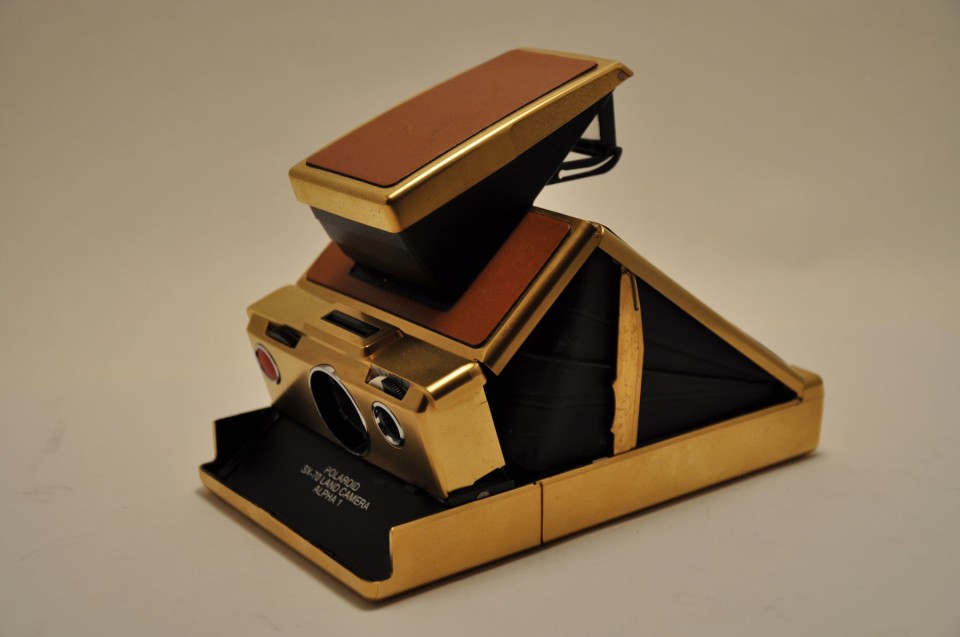 Flash in the Pan: The Alpha began the generation of instant cameras in 1971, and refurbished models are still prized by those looking for a taste of the disco days that can go anywhere and still shoot some fast pics; should you need a fake ID on the go. 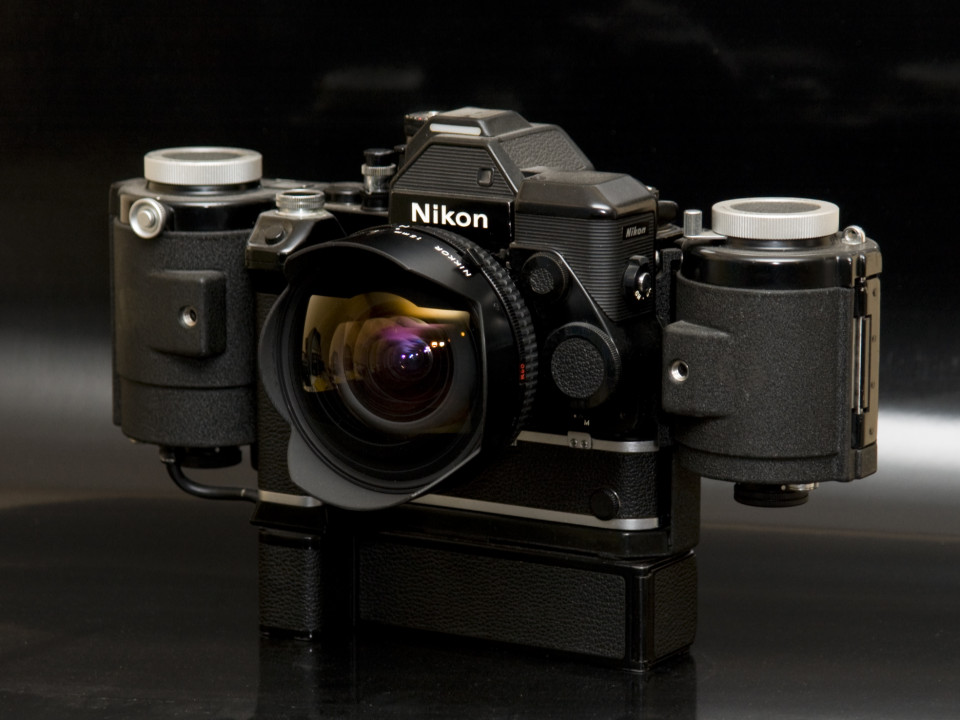 Best in Show: Many photographers of the time, and even those who came afterward, generally consider the 9 years that the F2 was in production to be the golden age of 35mm SLR cameras. Geared toward professionals, the bulletproof reliability of this model was rarely replicated, with its sequel, the F3, being a buggy step down.

Technically Correct: Often called a press camera, the maligned 2×3 is actually a strange technical camera that is the little brother of similar box-styles that are still in use today. Adjusting the plane of focus is easy with the 2×3, and when paired with a rangefinder, offers a fun experience for the classic camera aficionado. 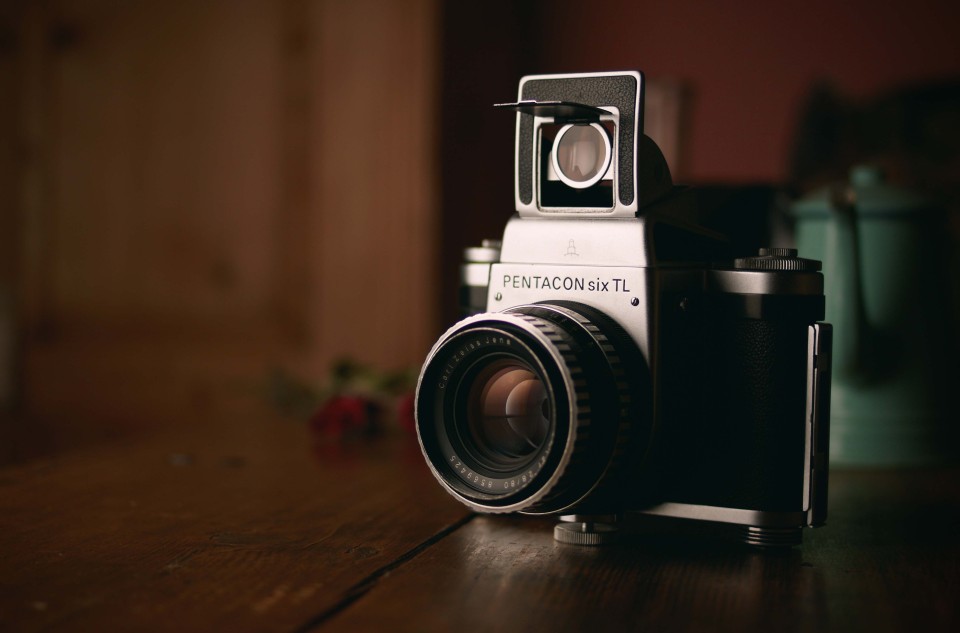 To Grow On: The curator of Pentaconsix.com has much more information and suggestions, but anyone seeking a mid-range film camera that can take on a wide number of Zeiss lenses to create any number of image environments should begin here. Where the Six TL specializes is the use of bokeh (unfocused areas appear blurred) with limited technical savvy. 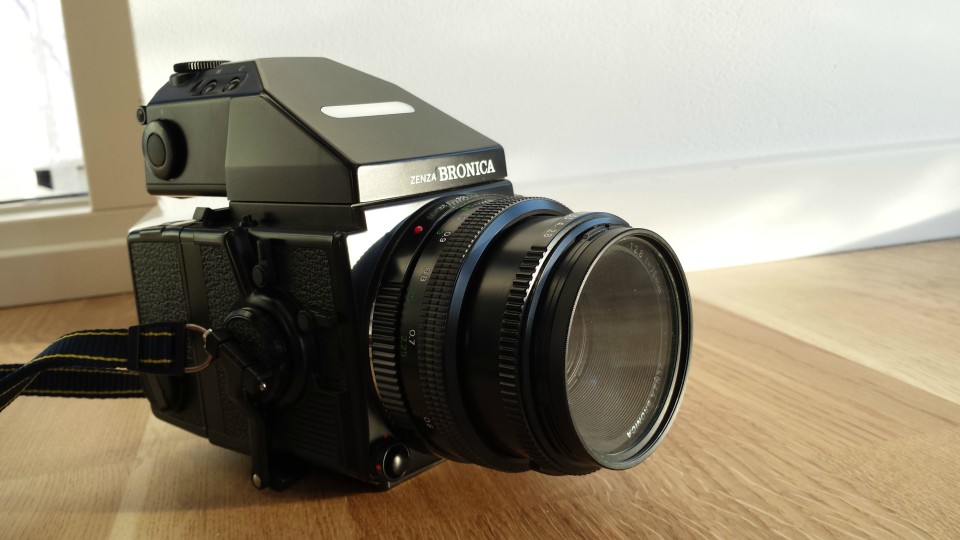 Hot Swap: The ETR line was a short-run set of cameras that came out of the late 70’s, with the ETRSi as its crowning achievement. Easier to change lenses than any other ETR thanks to a side release, it is historic in that it is Bronica’s first attempt at a leaf shutter. 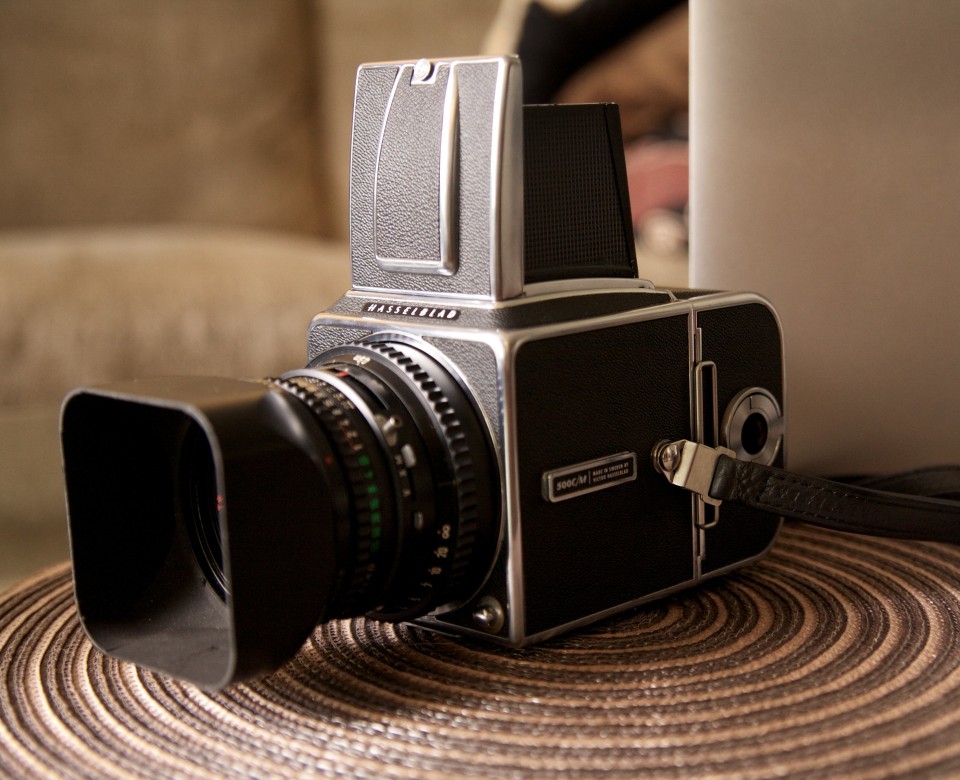 Second String: Brought onto the market in the ‘50’s to remove focal plane shutter models like the 1000F and 1600F, the 500C used a Compur shutter based around the Contraflex work done by Zeiss Ikon. The result was flash synchronization that worked with any shutter speed and aperture stop down. Gamechanger, indeed. 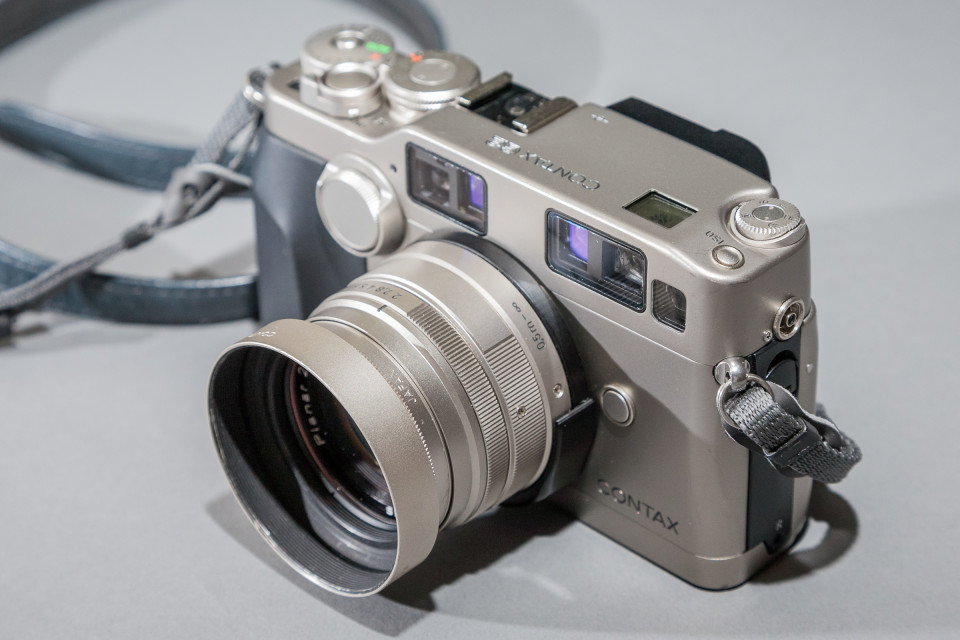 Double Team: Most everyone reaches for the G2, since it is the upgraded version of the G1, but they both use the same lenses, so you can pick your price easily for a trial run. Production only stopped on these in 2005, so they’re considered neo-classics intended to appreciate. 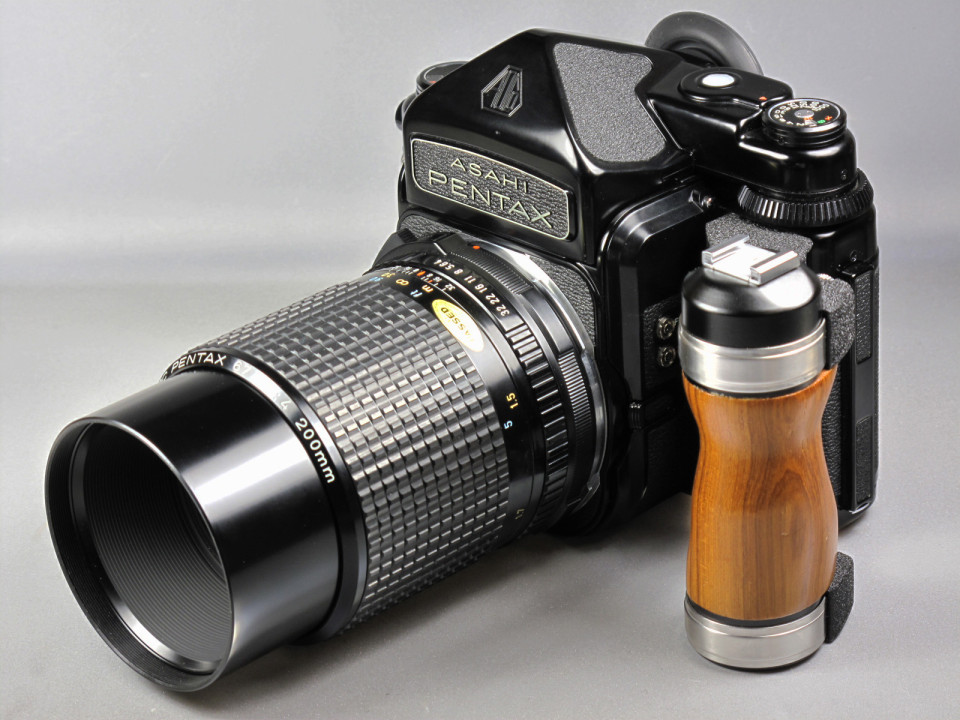 Handy Cam: Film buffs seeking a quality SLR who aren’t able to drop the cash for a Mamiya RB or a Bronica SQA will find the 67 an affordable alternative. It can be used in studio, but also does well with handheld streets and cityscapes, sans the noise or grain of 35mm. 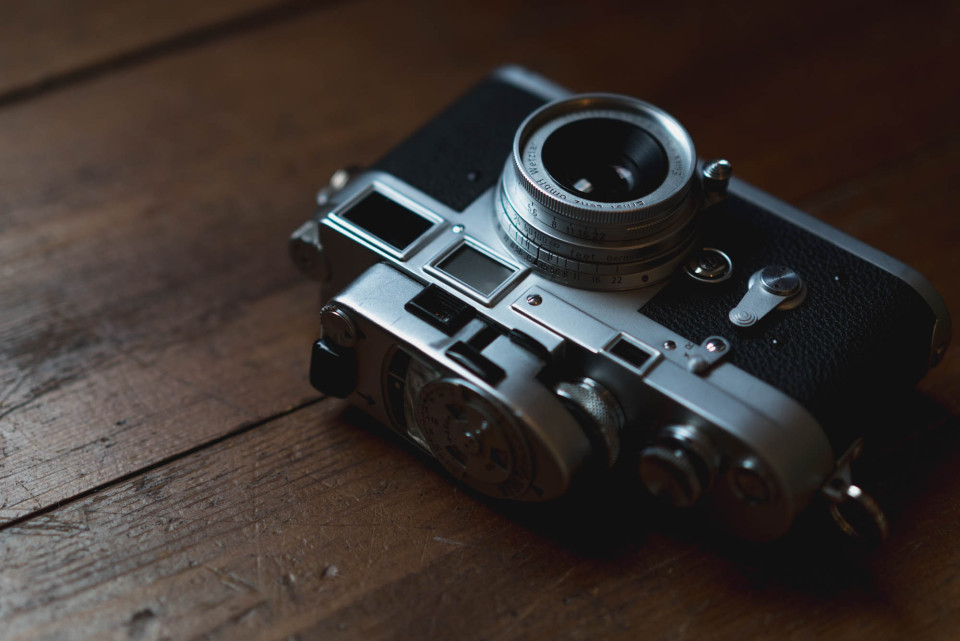 Slow Going: Though the single stroke operation of models post 1956 are much quicker, there’s a certain glorious feeling to the double action of the first M3s that set them apart from the crowd. The build is also sturdier, but heavier, so mobile use is limited by your biceps.

Swinger: There’s several choices if you like old and boxy, but the 4×5 bears a special swing axis tilt that is largely identified with the L-series of Horseman snappers. You can apply all kinds of dutch angles with a single, suave movement. 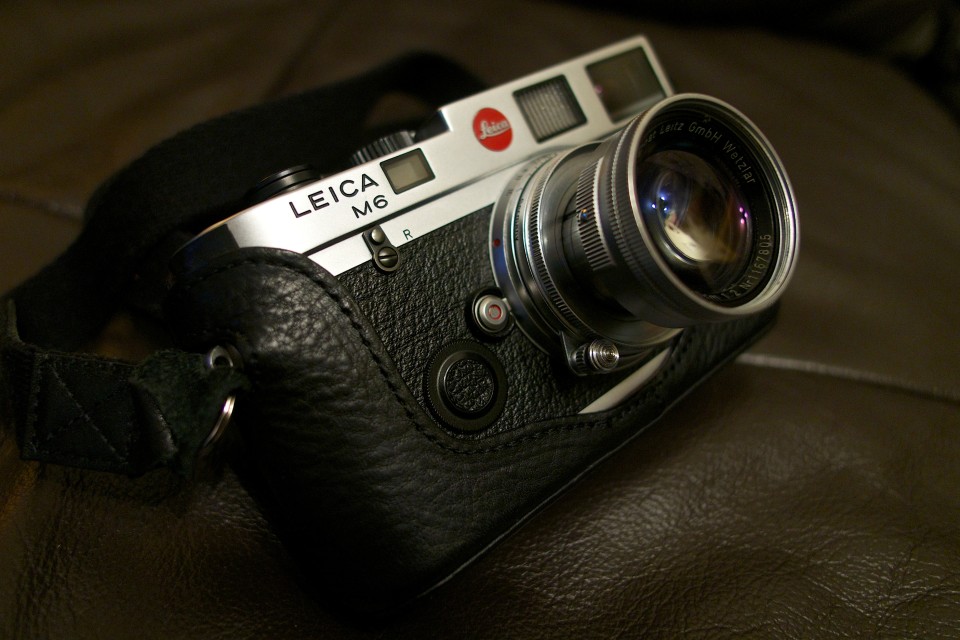 The Great One: Leica is the one name that every vintage camera buff should know, and the M6 is the model that is most familiar. Built with TTL metering, the greenest rookie can pick one up and make a few decent shots, and the oldest pro can play these like a Stradivarius in any lighting conditions, even if it has been abused. 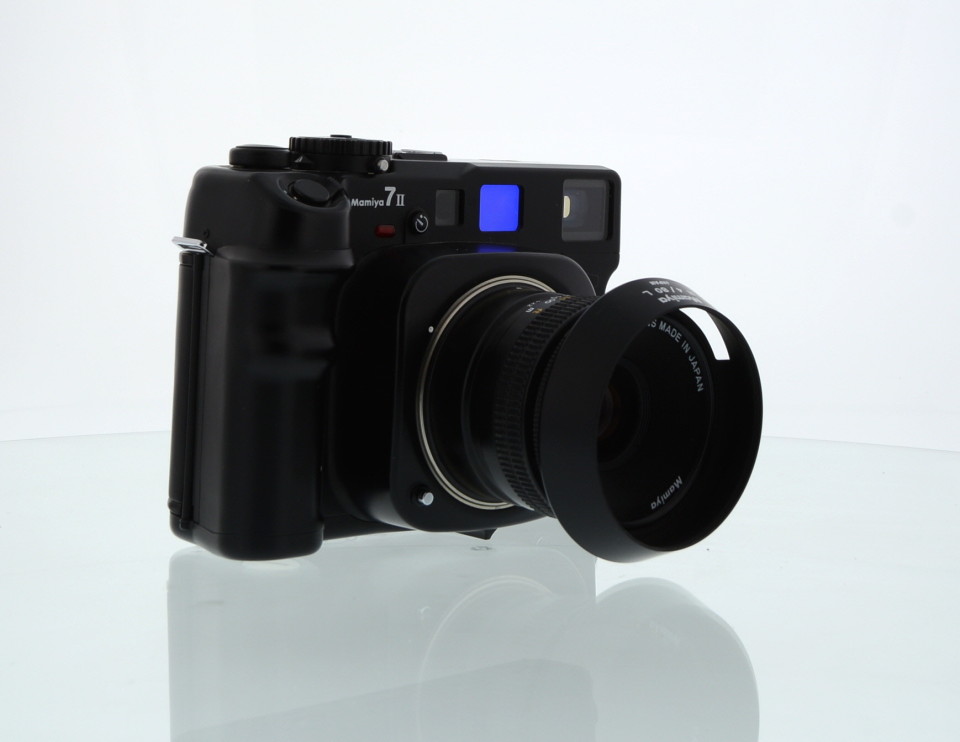 Drop Digital: Those who are seeking the convenience of a handheld, but can’t make digital work for them should consider a 7II. The stunning shots are a full 56mm x 69mm, which will give you a huge, detailed picture that pixels just can’t replicate; from a body that’s comfortable and laid out intuitively.