For the next iteration of Gran Turismo, Sony asked Volkswagen to push the limits in performance car design.  In response, Volkswagen eschewed the production restraints of normal vehicles and built a new concept car that represents the best of Volkswagen design.  The result is the Volkswagen GTI Roadster – Vision Gran Turismo Concept that will be rolling into virtual showrooms in the not-too-distant future.

The Volkswagen GTI Roadster – Vision Gran Turismo Concept will exist in the virtual world of Gran Turismo for Sony PS4.  In game, this two-seat convertible will be powered by a 3.0-litre V6 twin-turbocharged TSI engine that produces 503 horsepower.  That’ll match its Euro performance counterparts with 0-60 takeoff in 3.5 seconds, on its way to a performance peak of 192 mph.

It’s not the virtual performance stats of the Volkswagen GTI Roadster – Vision Gran Turismo Concept that has me so excited.  It’s the design inspiration, and the drive of Volkswagen’s engineers to show what they could do without production restraints.  It points back to the purpose of concept cars in the first place– to test the creative horsepower of a manufacturer’s spirit and gauge the response from the driving public.  In other words, this virtual Volkswagen could engender enough admiration from gamers that elements of its design could wind up in future production models.  If any of this happens with this virtual Volkswagen GTI Roadster, I’ll count that as a success.  If this is what the future of Volkswagen GTI’s looks like, I want to see more. 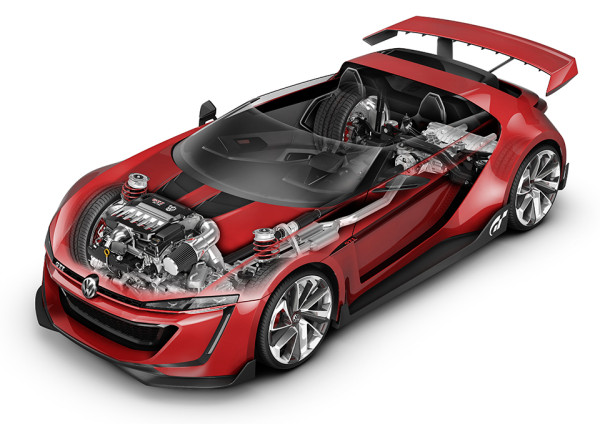 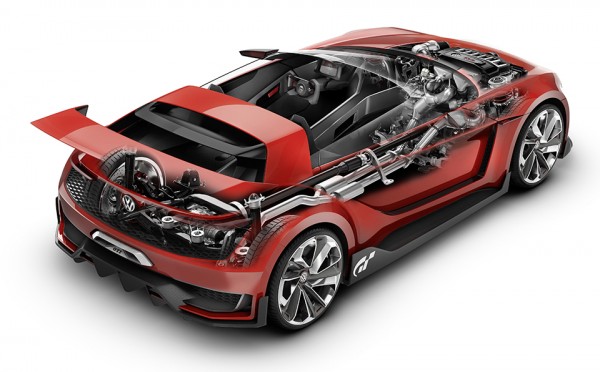 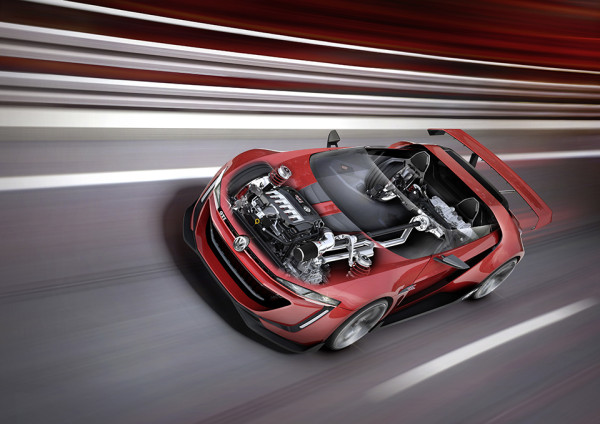