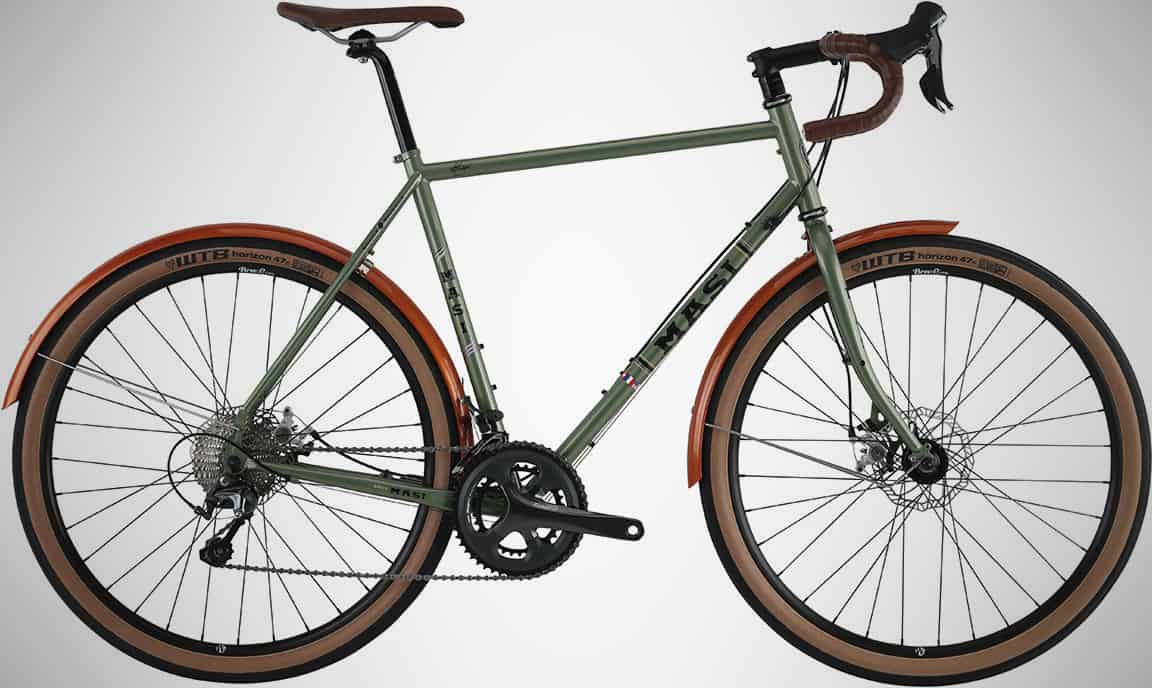 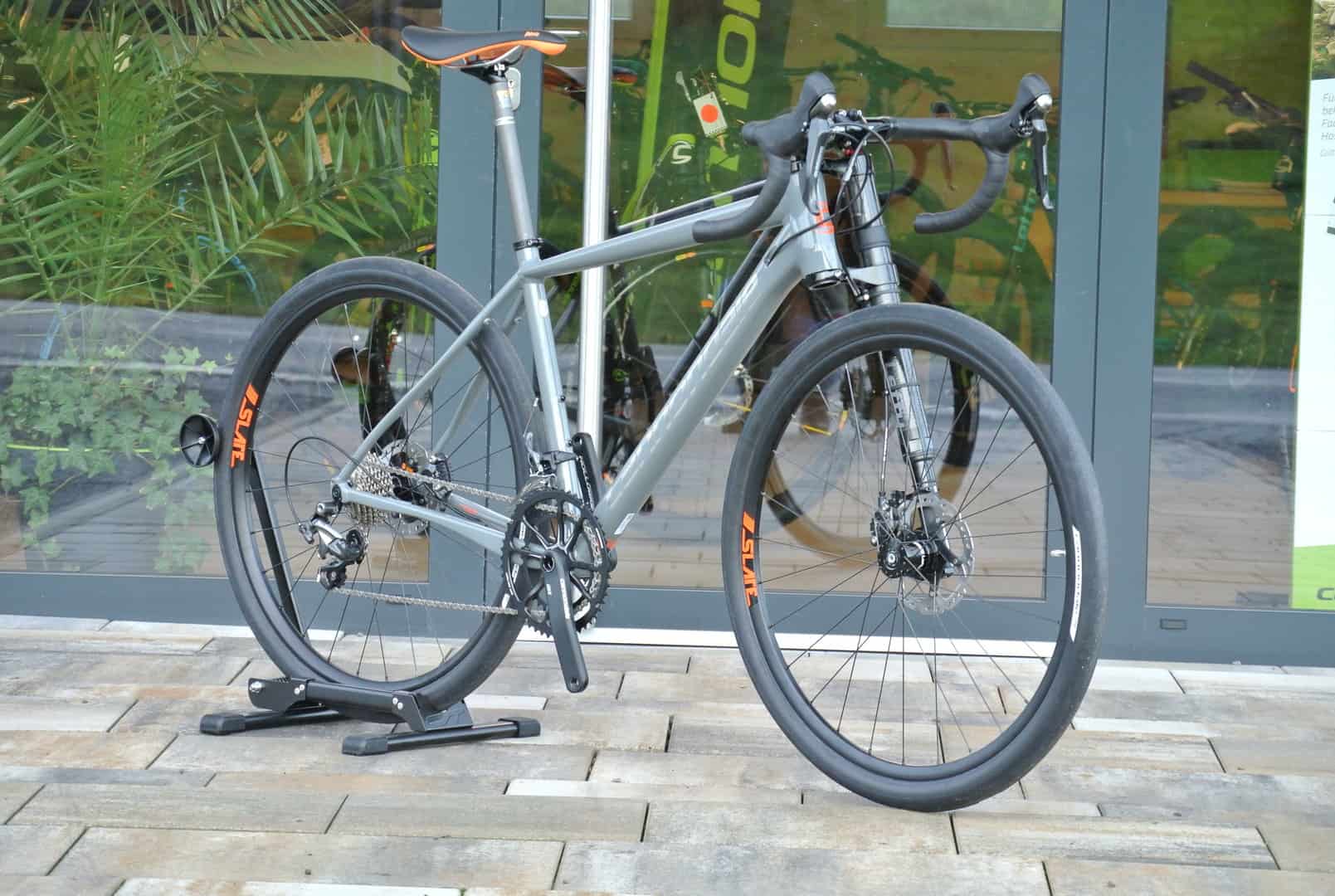 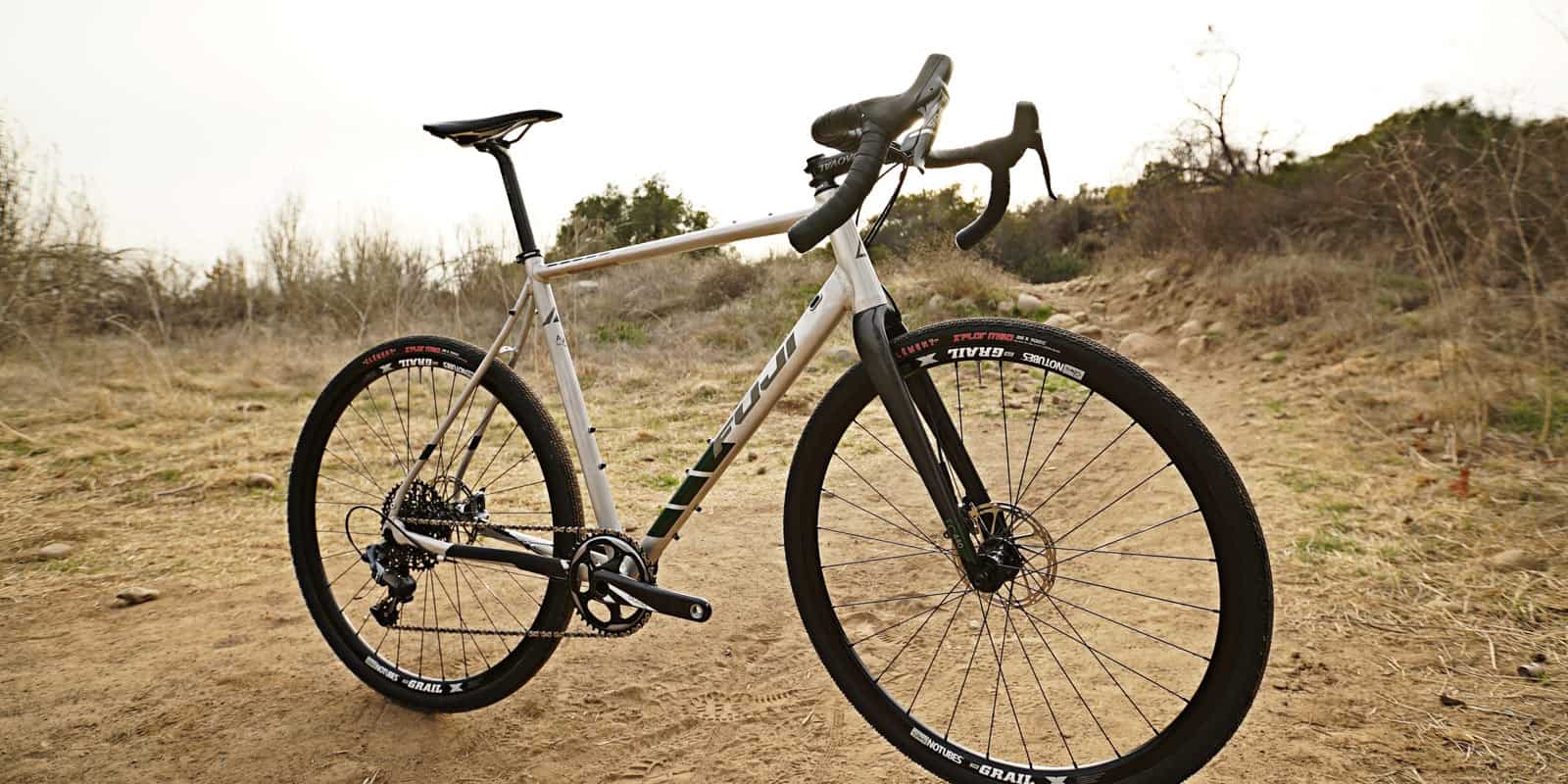 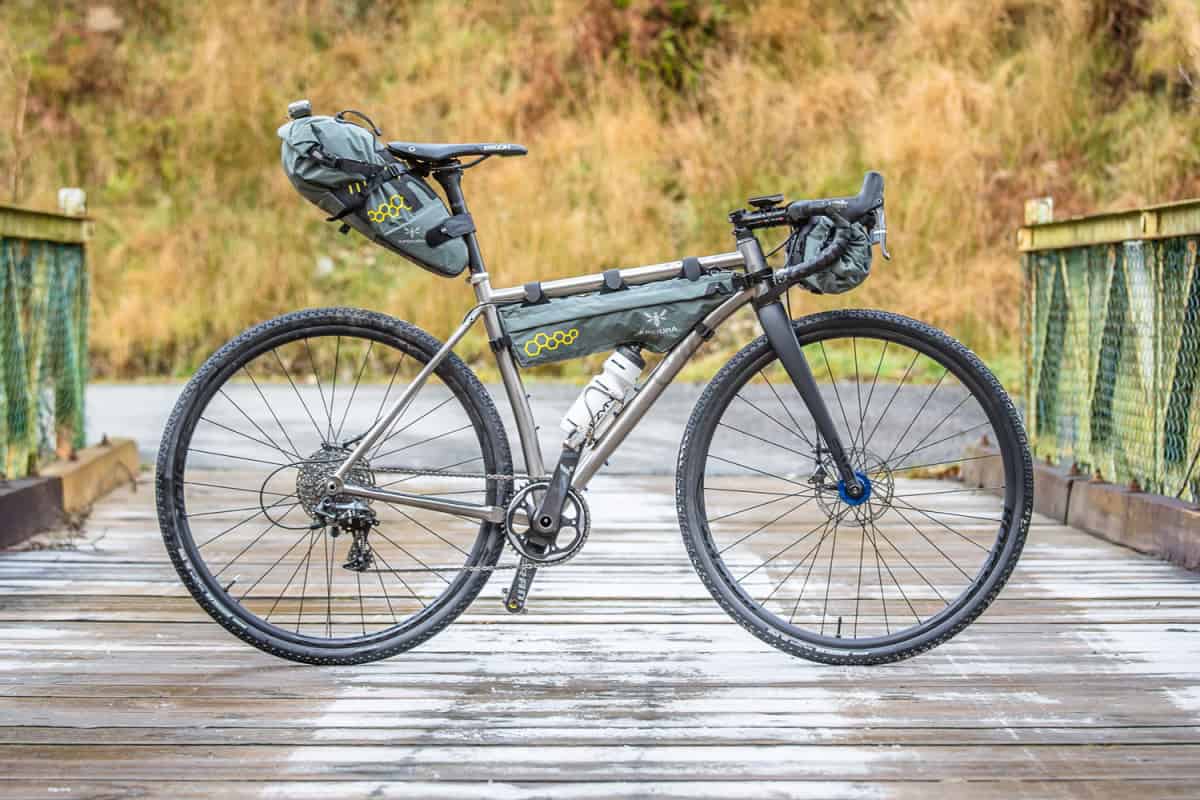 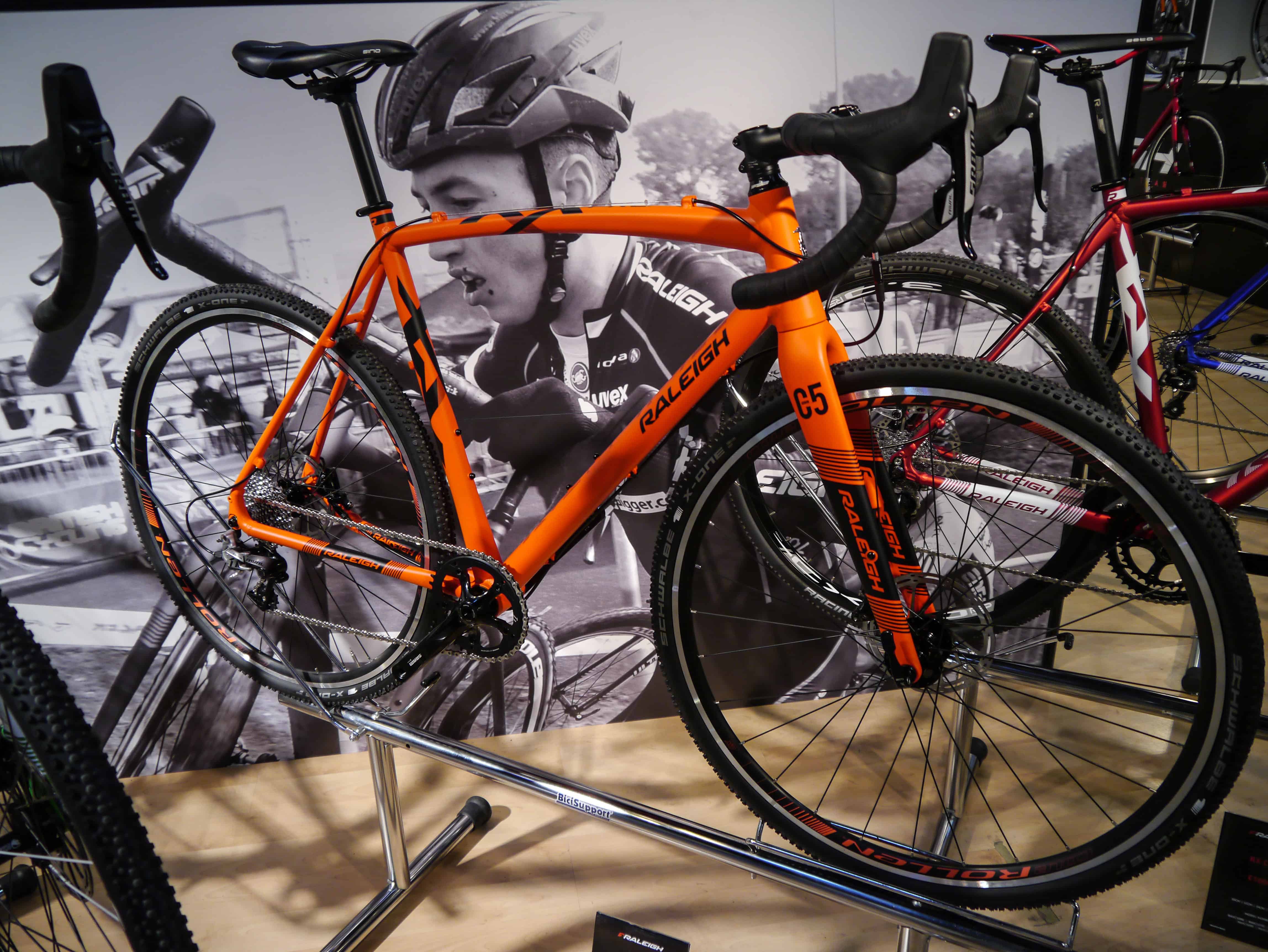 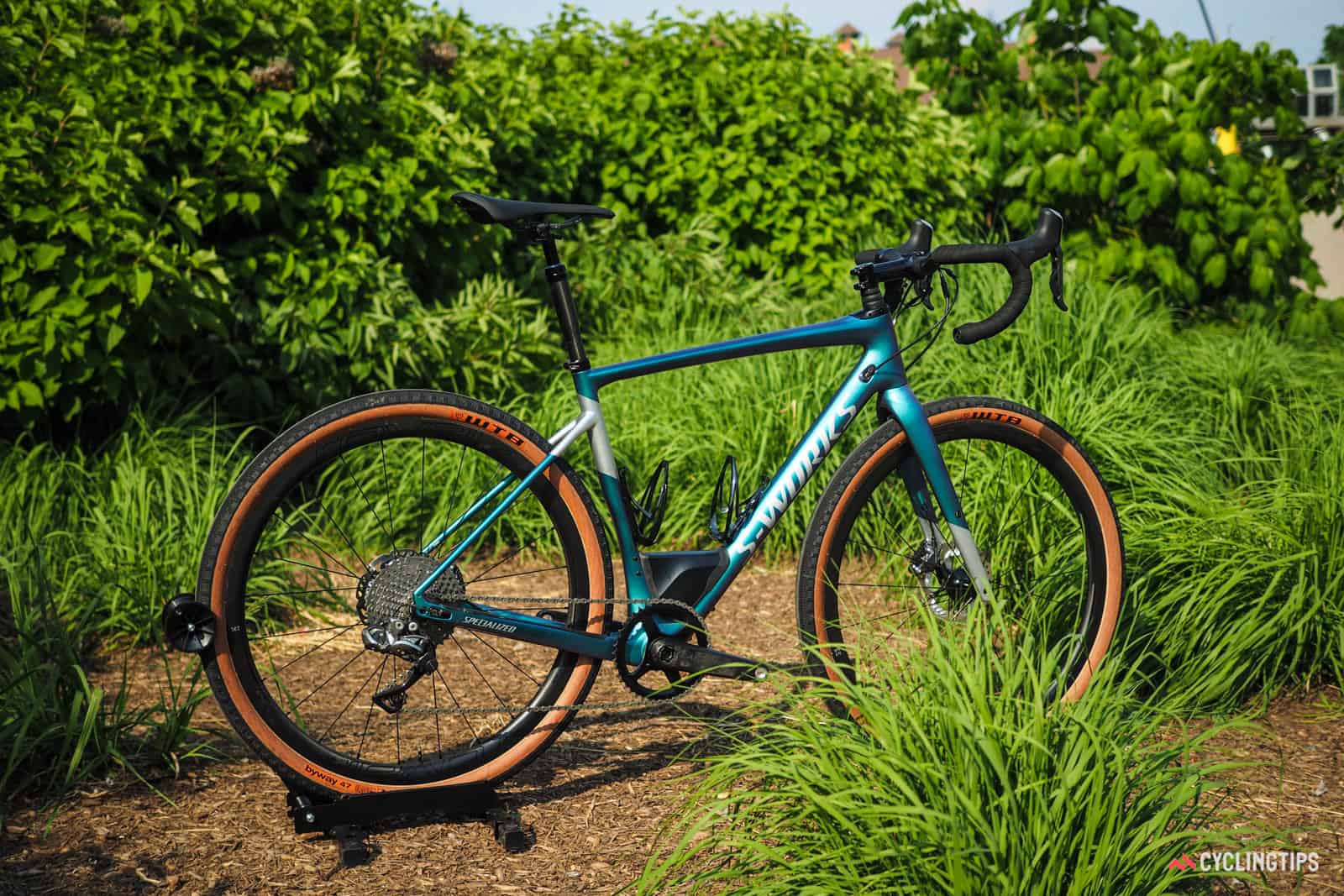 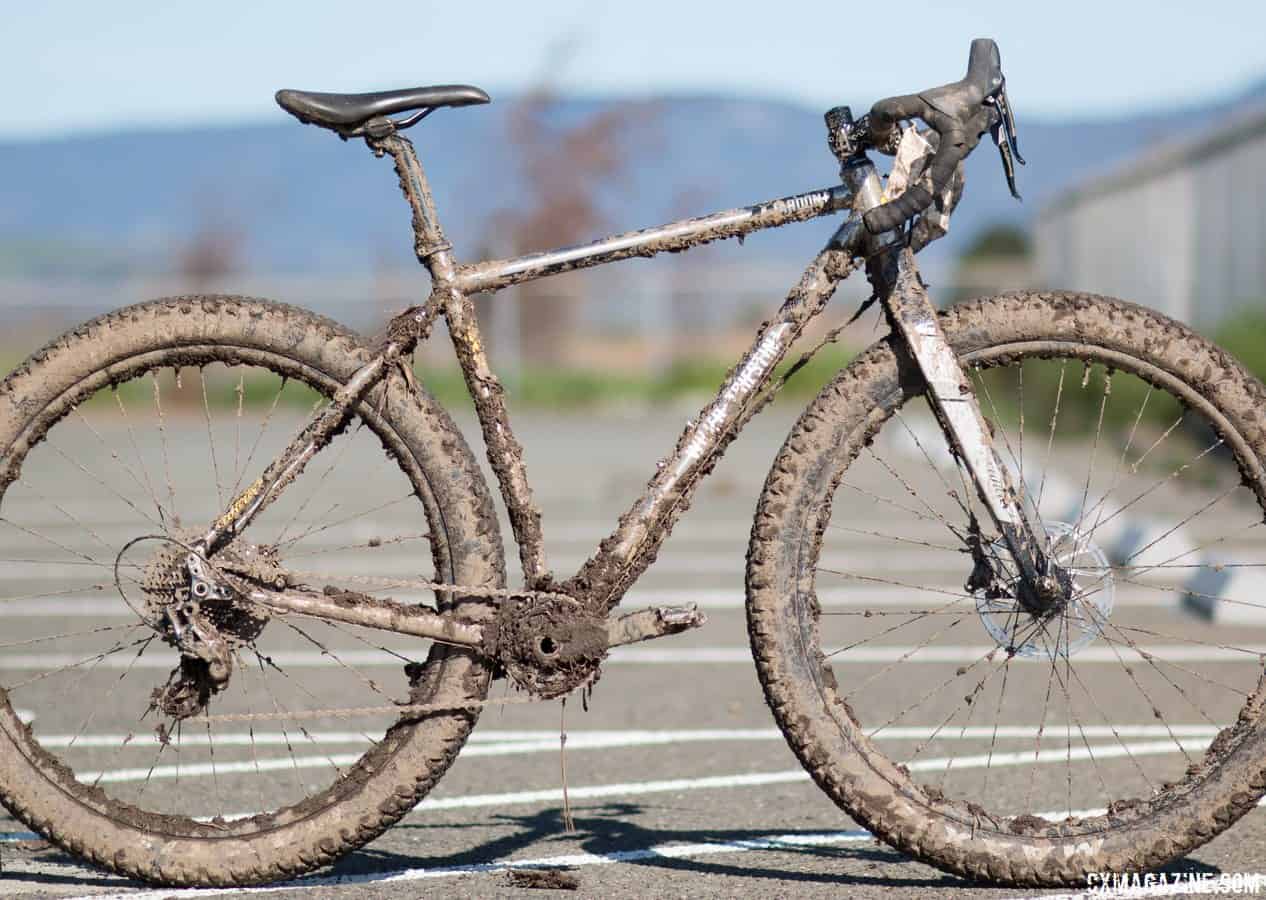 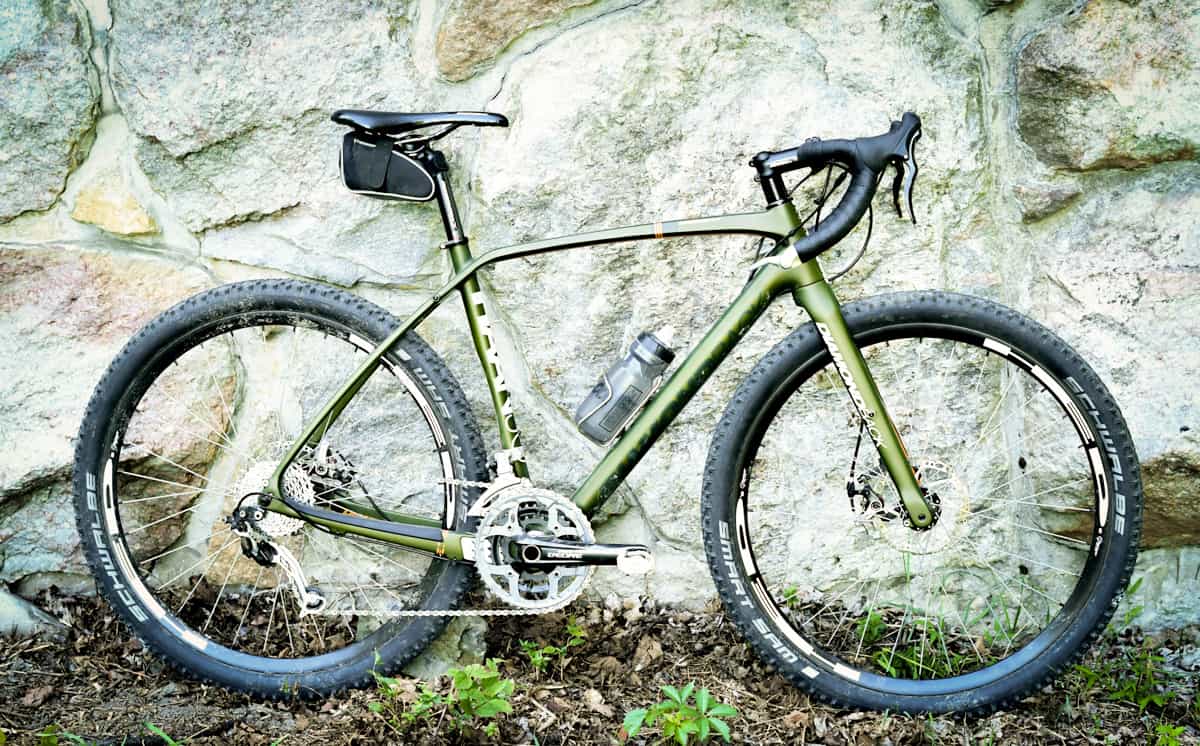 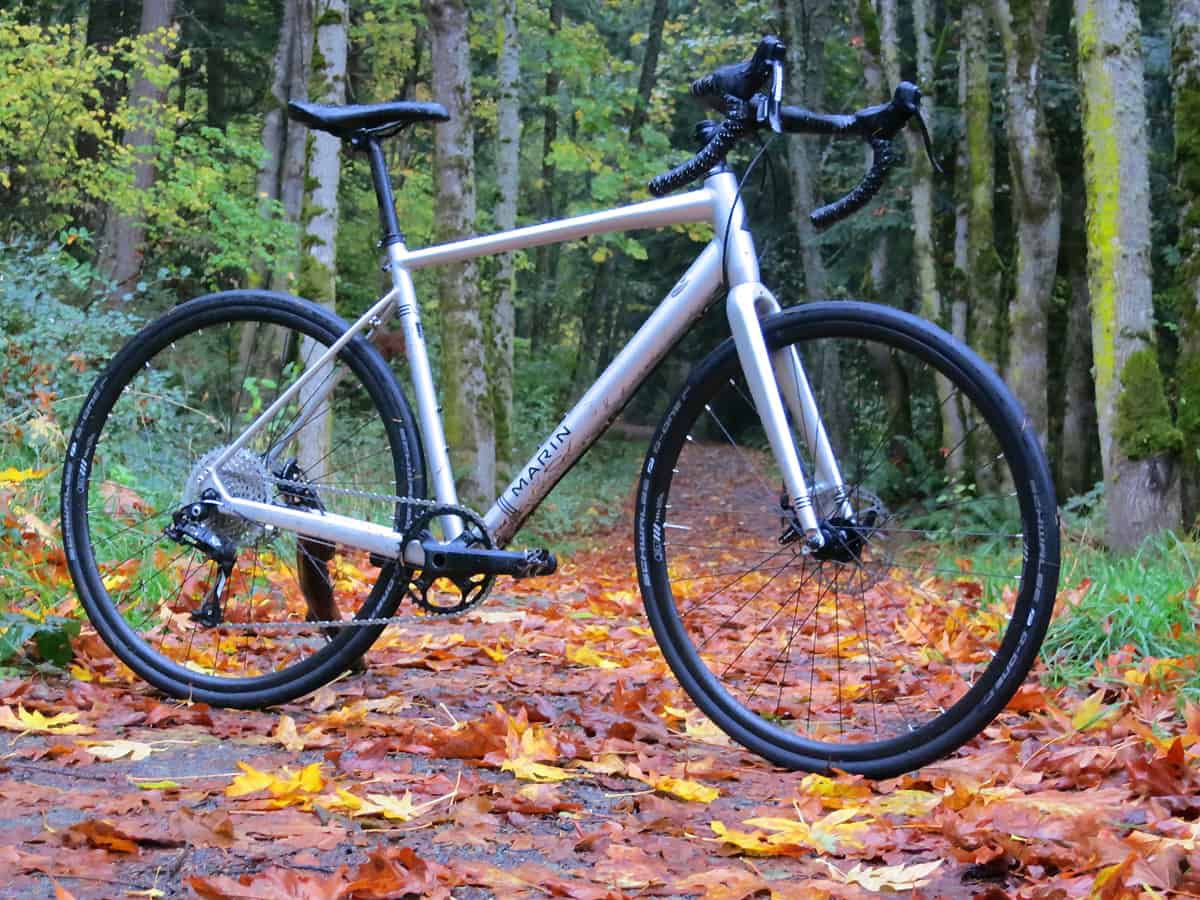 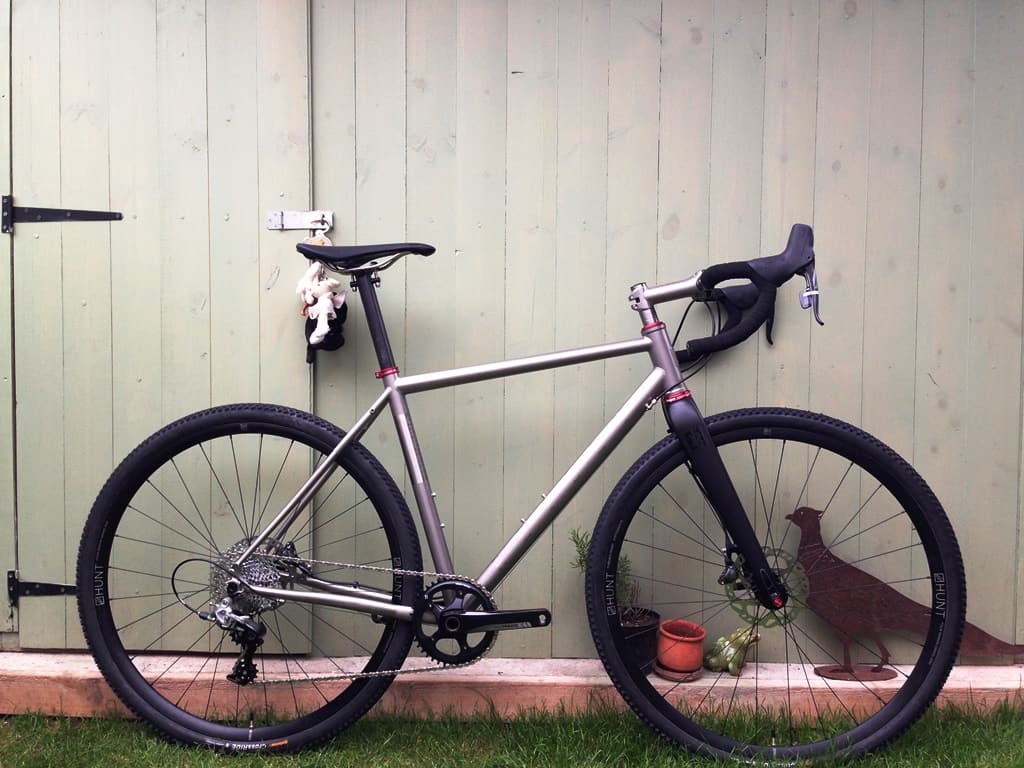 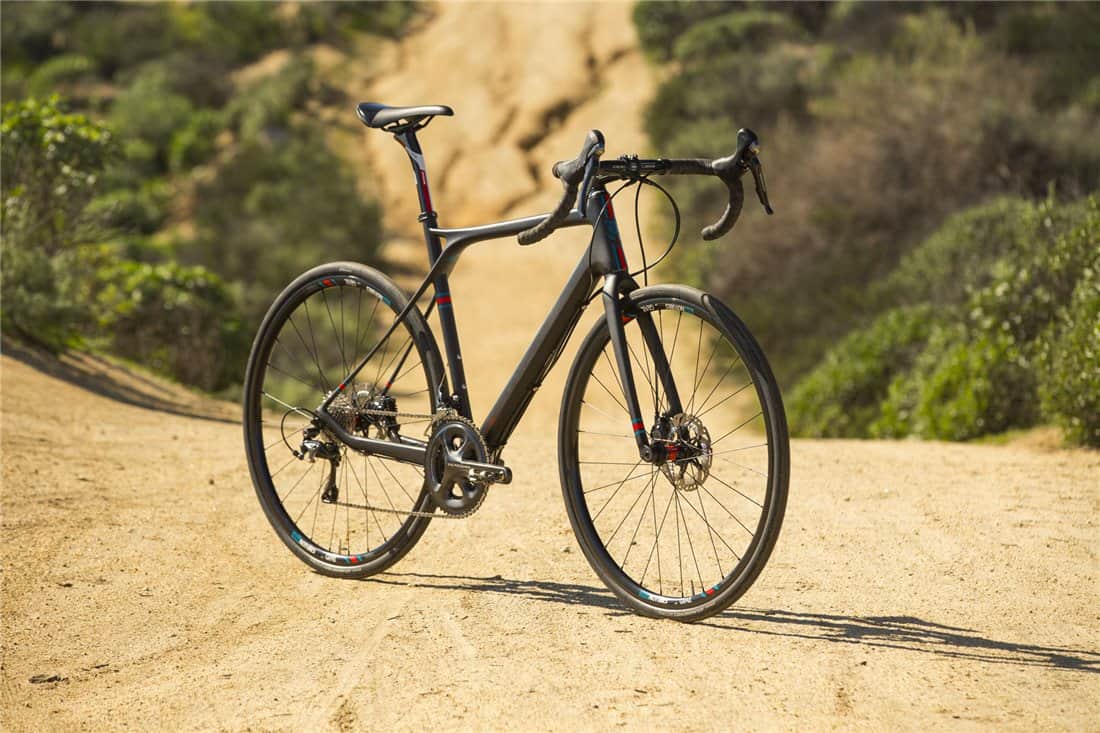 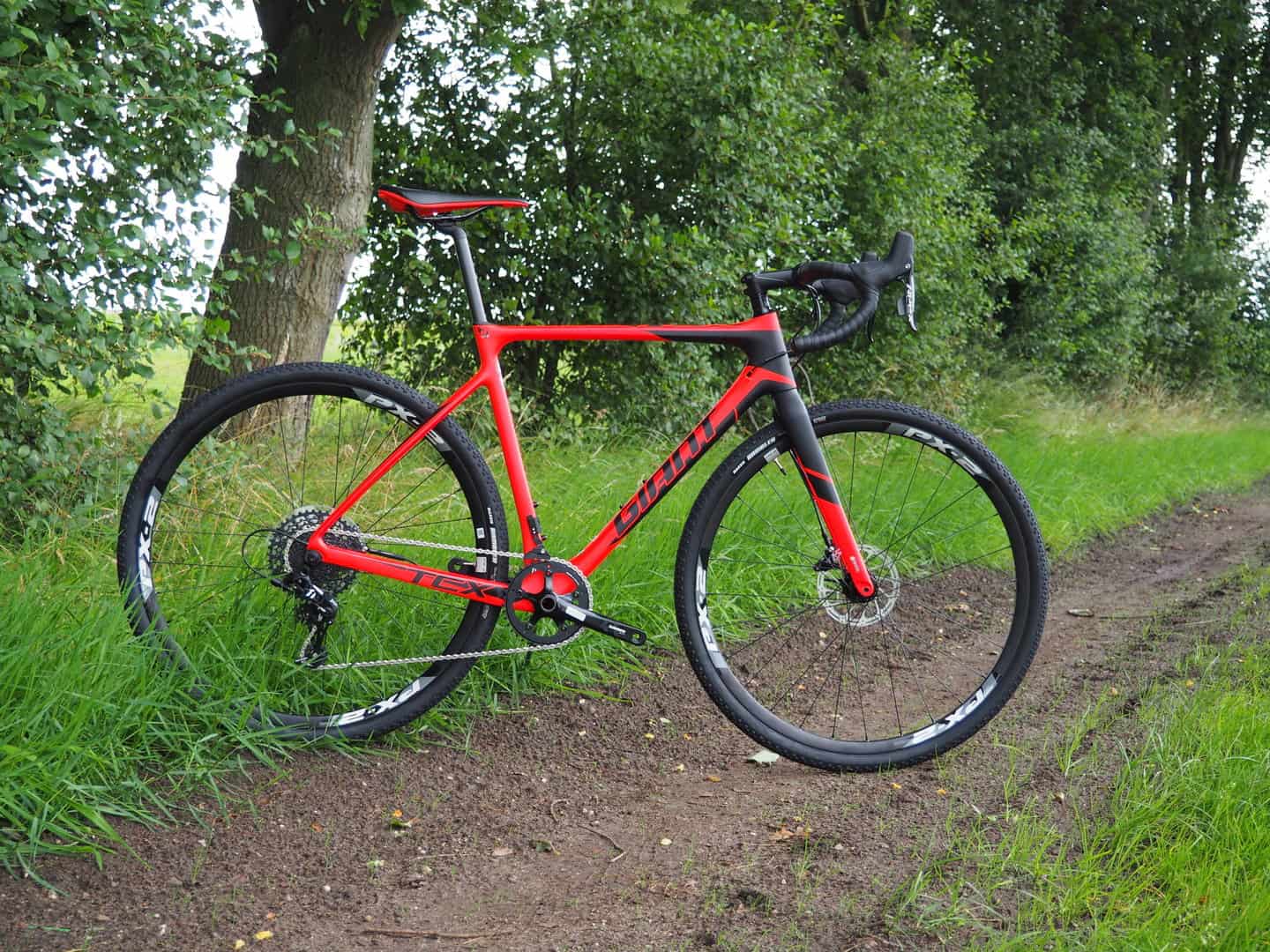 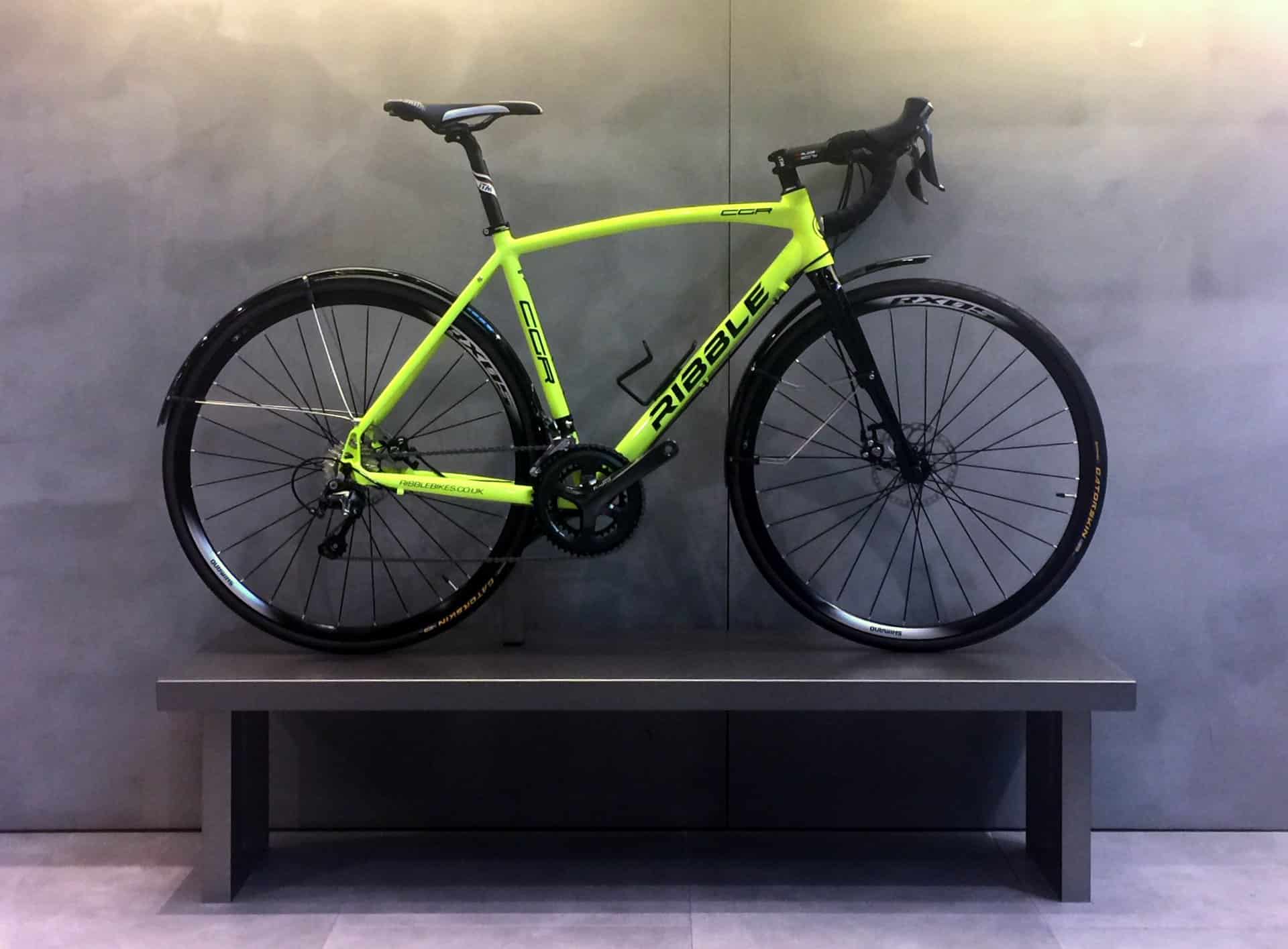 Riding dirty and rough has become the new way to enjoy the outdoors, even if you don’t live near a mountain. An increasing number of bikers are finding the fun in potted roads, blacktop, dirt tracks, and the countless trails and paths that are too rough for street steeds but don’t need the same level of equipment that mountain riders require. For these folks, there’s gravel bikes, which are sometimes hybrids, but just as often are their own unique animal which loves to go the road more battered.

The things that make up a good gravel bike are pretty simple. Nice drop bars that offer control during skids and slides, but provide you enough position to read the terrain are a must. Burly tires that beg to be beaten to a pulp are also sitting at the top of the checklist, since a flat or ripped up rims will quickly ruin your drifting fun; and finally, a chunky frame – we prefer steel for its mix of softness and strength, but often steel forks will suffice – able to keep you comfortable whether commuting or going for broke beyond the pavement. If you’re not into off-roading yet, let one of the 13 best gravel bikes take you there.

More of a touring steed than a deep-digging gravel monster, those who expect long rides that sometimes take them over the hill as much as down the street will find the pleasant geometry of the steel frame to be a masterful blend of softness and strength; all with Shimano Tiagra permanence. Purchase

The Diverge began life as a bike intended to do just about anything. It still has a lot of that DNA built in, but has been tweaked in places to provide a greater sense of adventure. The most notable upgrade has been the Future Shock front suspension that takes almost all the jolt out of big dips and prevents bottoming out should you hit the pits. Given the huge number of options available, odds are better than even that you can find a Diverge loadout to fit your riding style. Purchase

The CGR stands for “Cross, Gravel, Road” which should tell you precisely what Ribble was looking to build. To say they did it is an understatement. What feels at first like a boring bran handling system with a wide, stable, and unremarkable wheel base quickly proves that it’s ready to get wet, get dirty, and keep chugging along through the worst conditions without ever saying “Uncle.” Purchase

Perhaps the most adept road/mountain cross-breed you can possibly find at this price, the Mustang’s aluminum body doesn’t seem like much until you notice the through-axle and full carbon front fork. Then the intent of living life as a roadster, but moonlighting as a grit and gravel hound becomes apparent. Purchase

Ingenuity abounds in the Gestalt 2, as Marin has managed to devise a 10-speed drivetrain that feels and works like a SRAM 11-speed single ring, but strips away the overblown cost. The alloy body is a bit on the heavy side, which can add a dragging sensation as you go, and the bike doesn’t love the wet, but it’s otherwise a stellar experience that’s worth far more than the tag would tell you. Purchase

If you took a mountain bike and whittled at it while drinking mojitos out on the porch, you’d get something like the Haanjo. Made for bikepacking and tackling the world that lies beyond the pavement, there’s some touring sensibilities here, but mostly it wants to go for a cross-country run. Purchase

A titanium frame helps make this Swiss-army bike stand out as beautiful as it is fun to pedal. It’s stiff, giving the feel of ambitious attack capability, but when the going gets tough, it softens like butter beneath you to keep the rigors of the road far from injuring your rump. The front fork is carbon, which gives the steering a responsive feel that’s great for keeping you upright even when the track veers at an acute angle. Purchase

Starting off with a cyclocross fork and frame that’s then kitted out with a set of big, grit-grabbing tires, everything about the TCX feels upsized and upgraded to suit the rider who is looking for a curb to hop. The big drivetrain is the most fun aspect, giving a real feeling of control even when riding on the loosest terrain. It’s a battering ram worthy of love. Purchase

The Jari doesn’t necessarily look to be the best and brightest star in the sky, but what it lacks in sparkle it compensates for in pure workhorse reliability. Beginning with the light aluminum frame, the more you use it, the more confidence it will build as a supreme survivor when the road ahead gets rocky. Purchase

A borderline fat bike able to take 3-inch tires on its otherwise delicate-looking steel frame, we’d be hard-pressed to name a type of terrain this doesn’t handle like a pro. Wilier’s gorgeous internal weld system makes the entire body seem like a single entity, moving intuitively over the landscape like a great and powerful cloud. Purchase

A truly weird combination of Cannondale’s best bits, this is what Frankenstein’s monster would have been if done right. It’s got quick-thinking road DNA that makes it commute and swerve ready, then tacks on just enough mountain bike with the single-sided fork suspension to allow it to run into the bush whenever the mood strikes. Purchase

A touring bike build that is comfortable for long-distance treks over some seriously tough terrain, the Grade pulls no punches when it comes to taking on gravel, dirt, pavement, and nearly every other surface under the sun. It’s fine for cyclocross, though will be a little hinky due to the wide gear set. As the name suggests, it uses the Ultegra drivetrain from Shimano. Learn More

Somehow rigid and smooth, you’ll feel the bumps and pockets on the road, but more like you’re gliding over them than having them threaten your progress. Using titanium with a plethora of upgraded features, it’s fine for mountainous terrain, but get it out onto dirt or clunky pavement and watch it take flight. Purchase