Here’s The 16 Most Rollicking Rums for Refined Drinkers 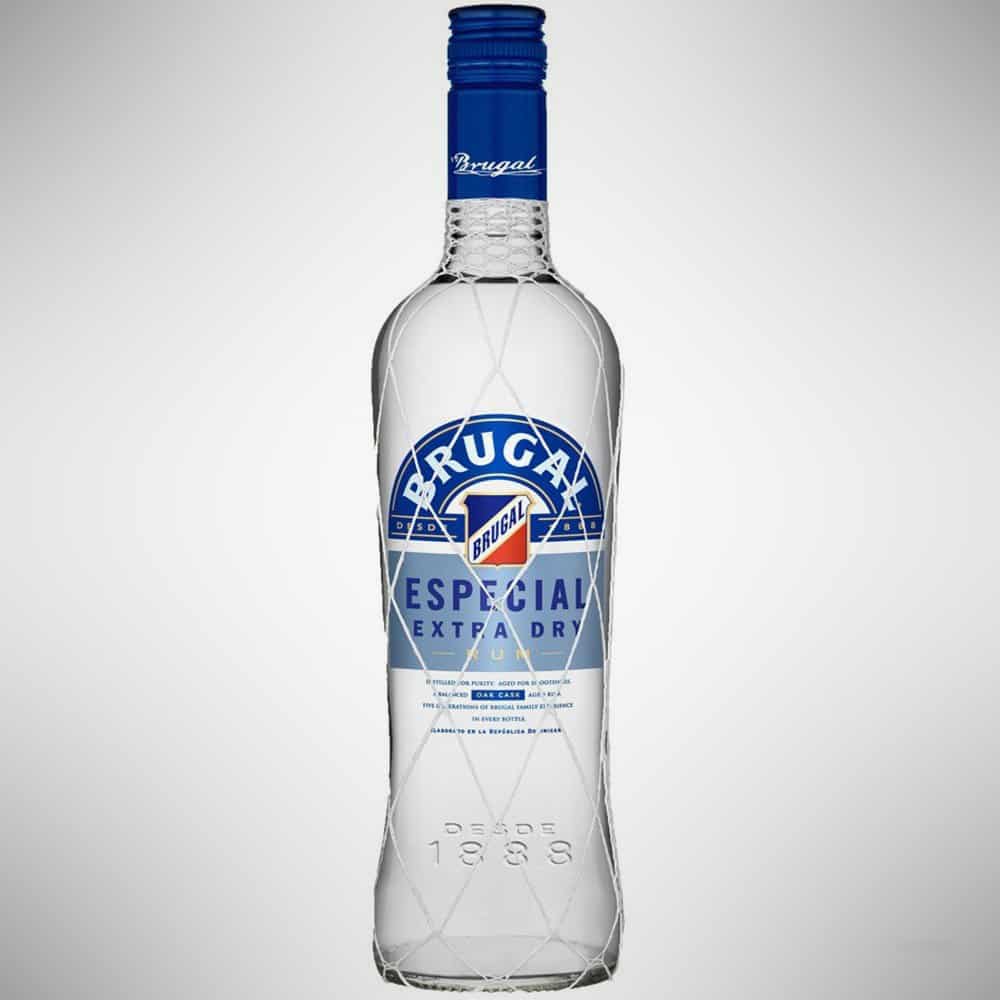 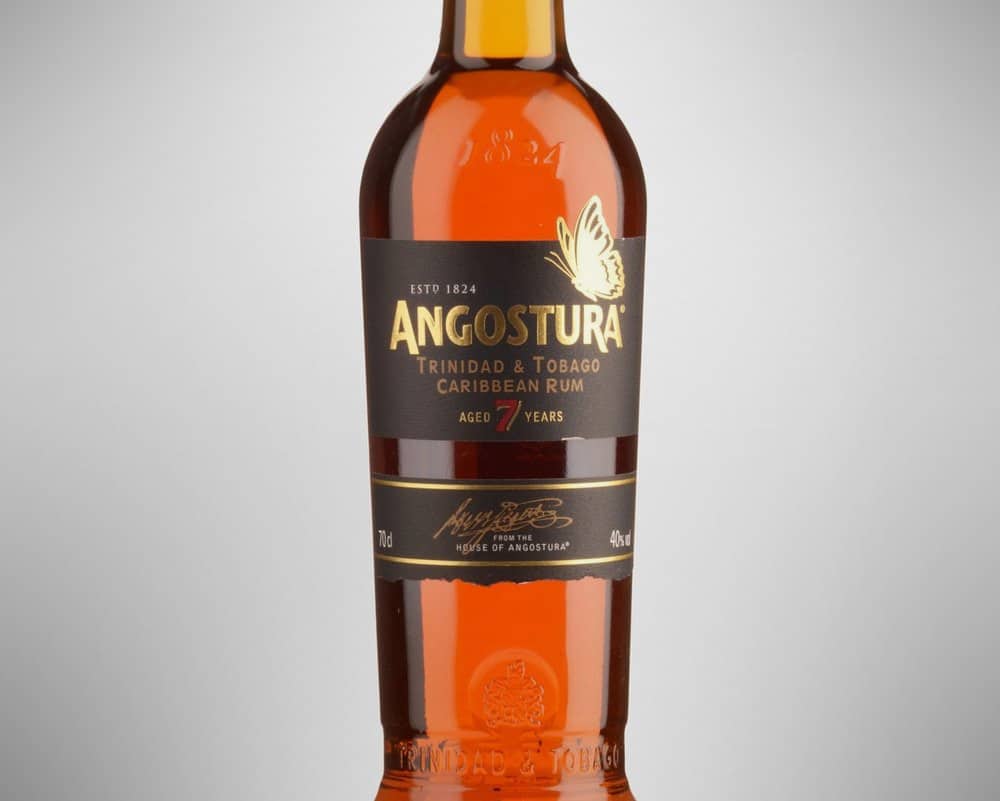 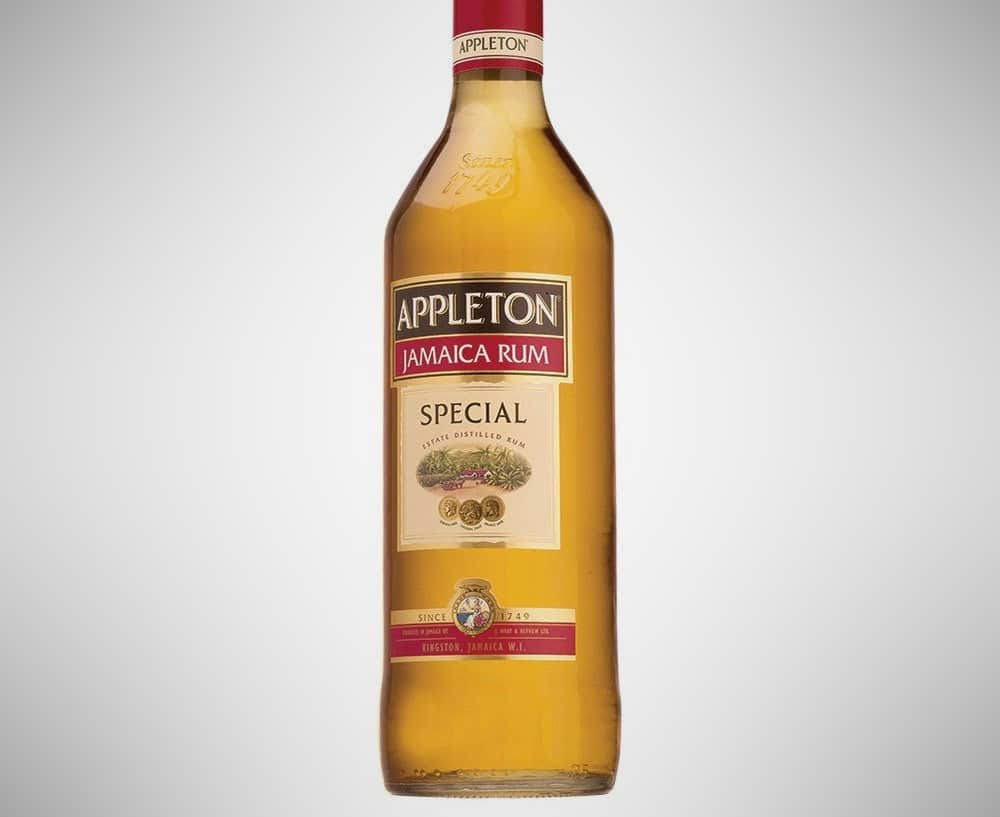 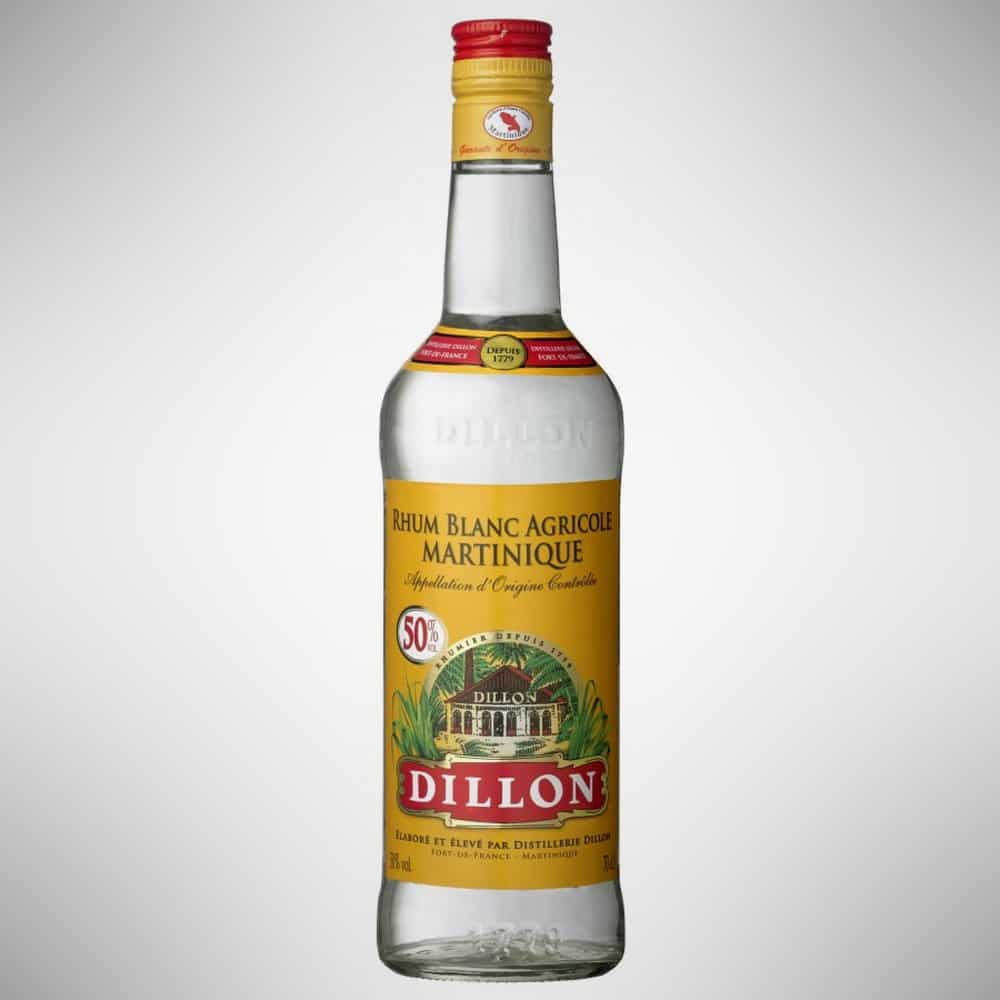 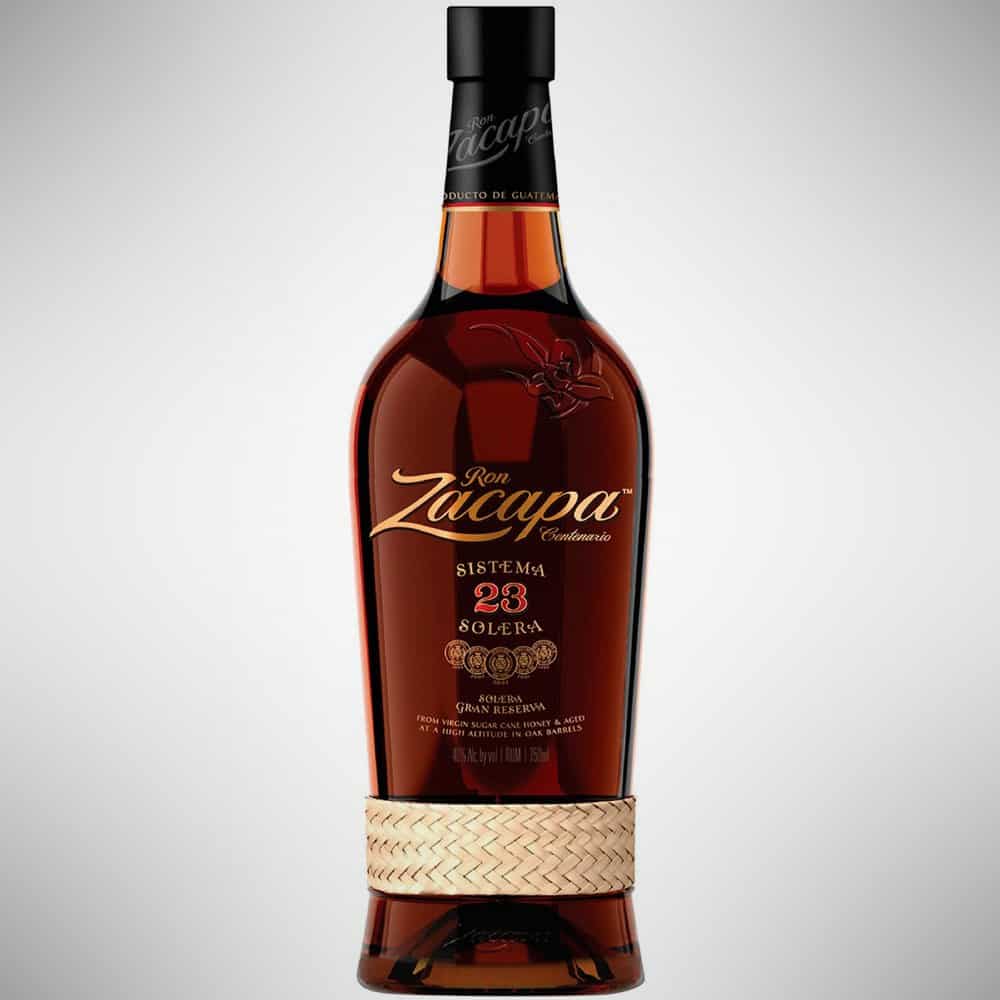 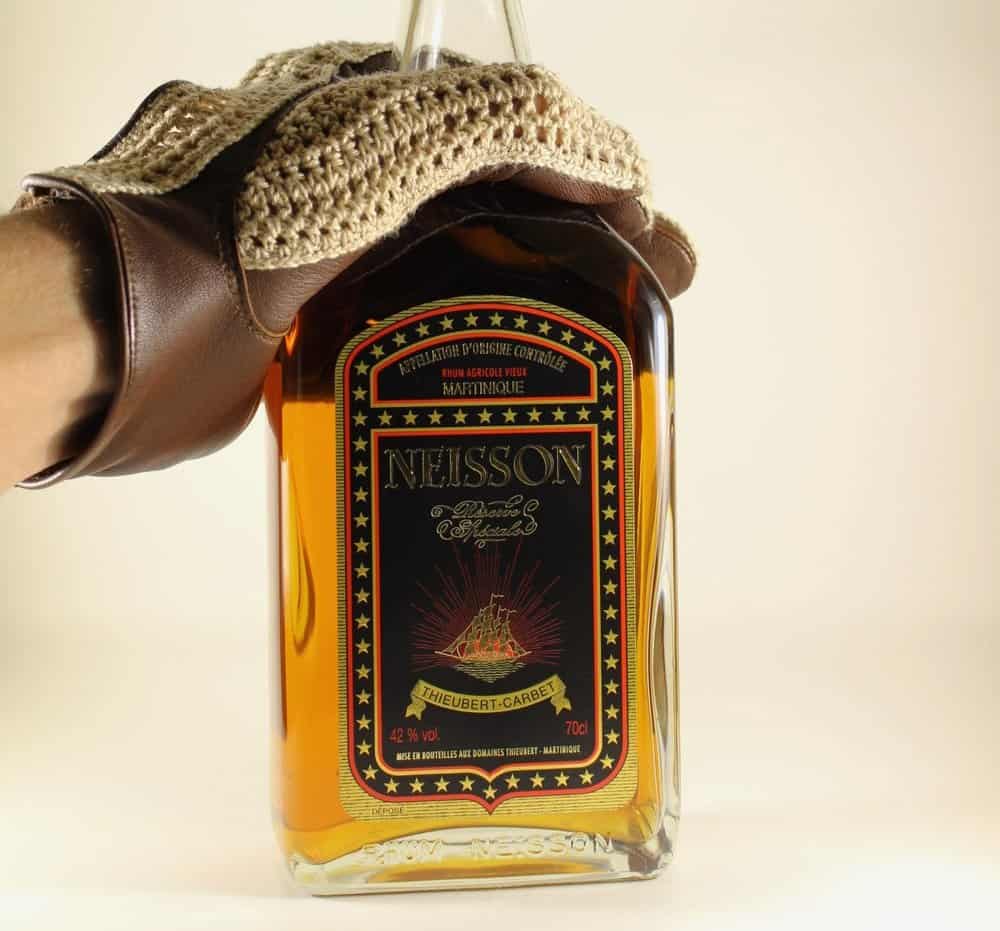 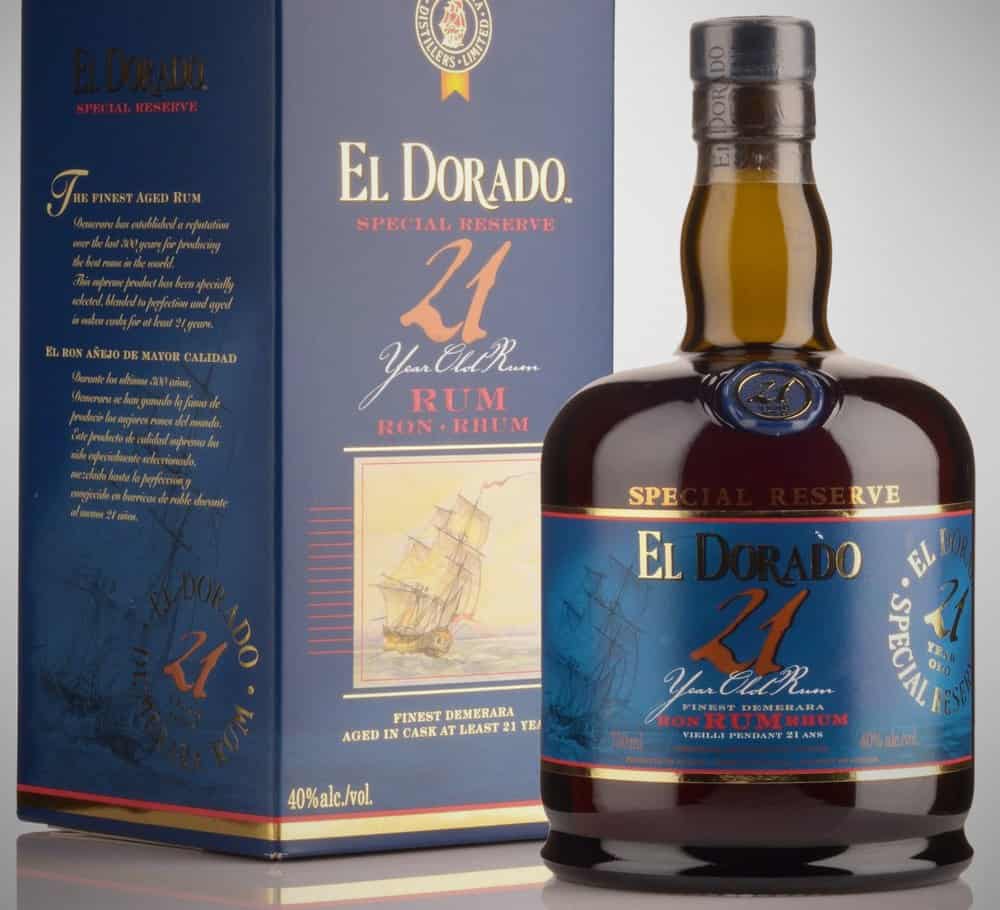 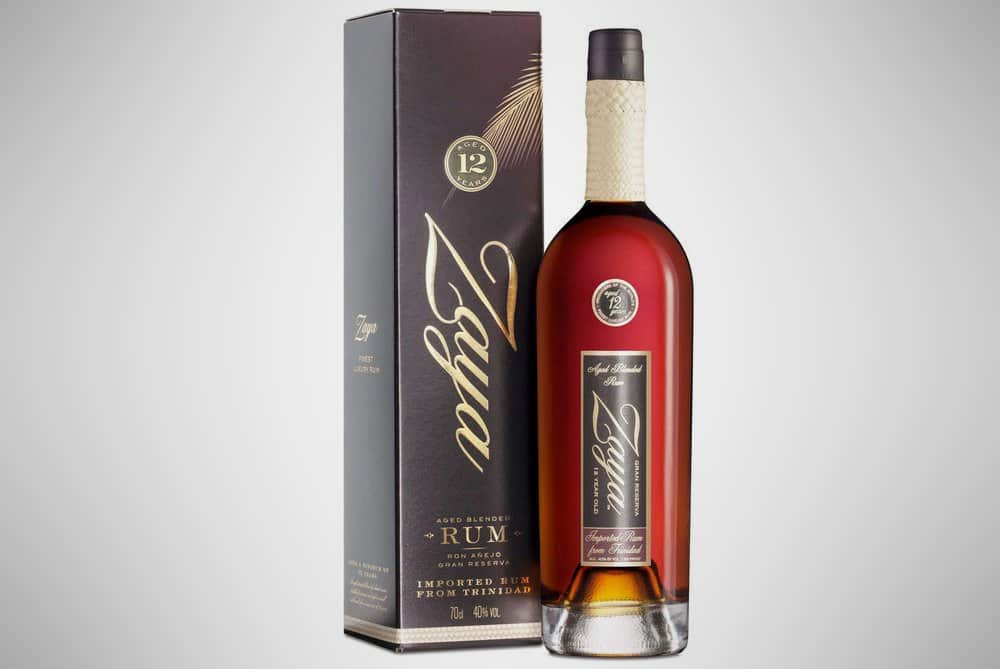 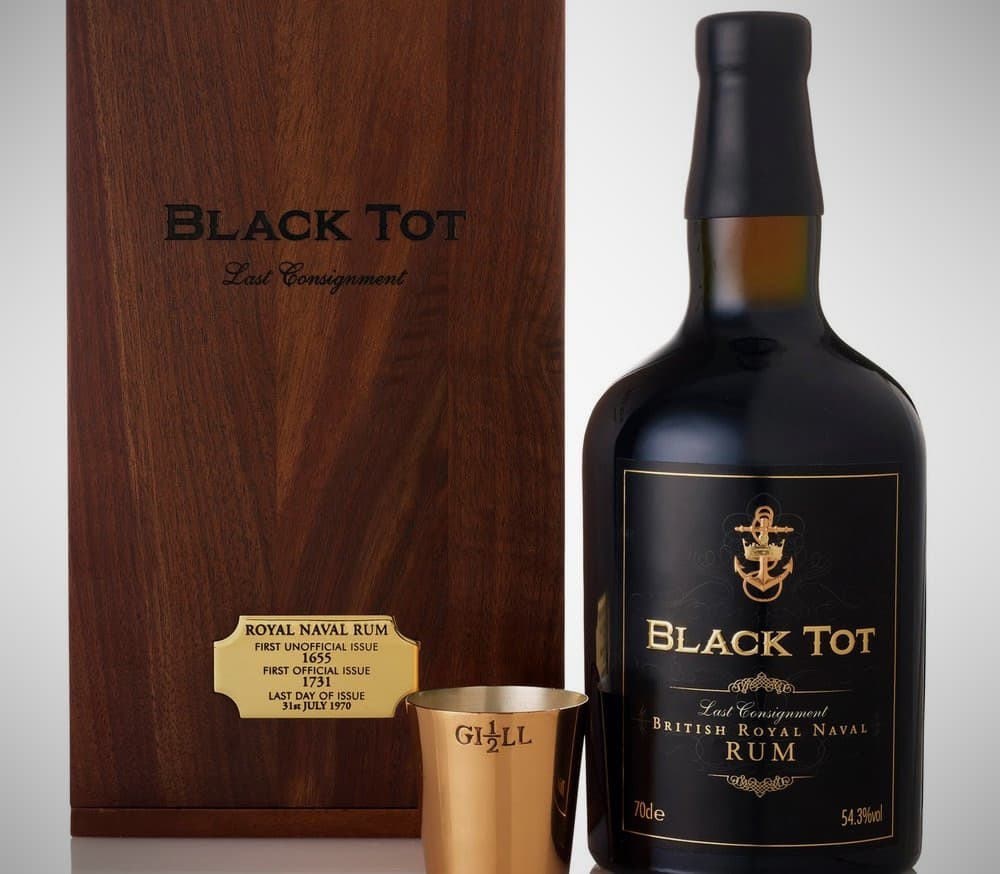 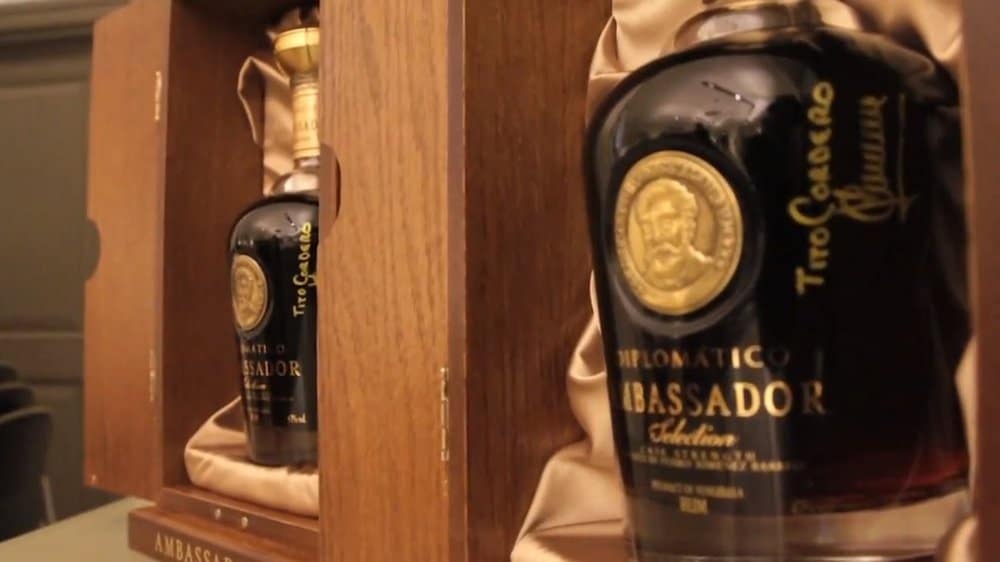 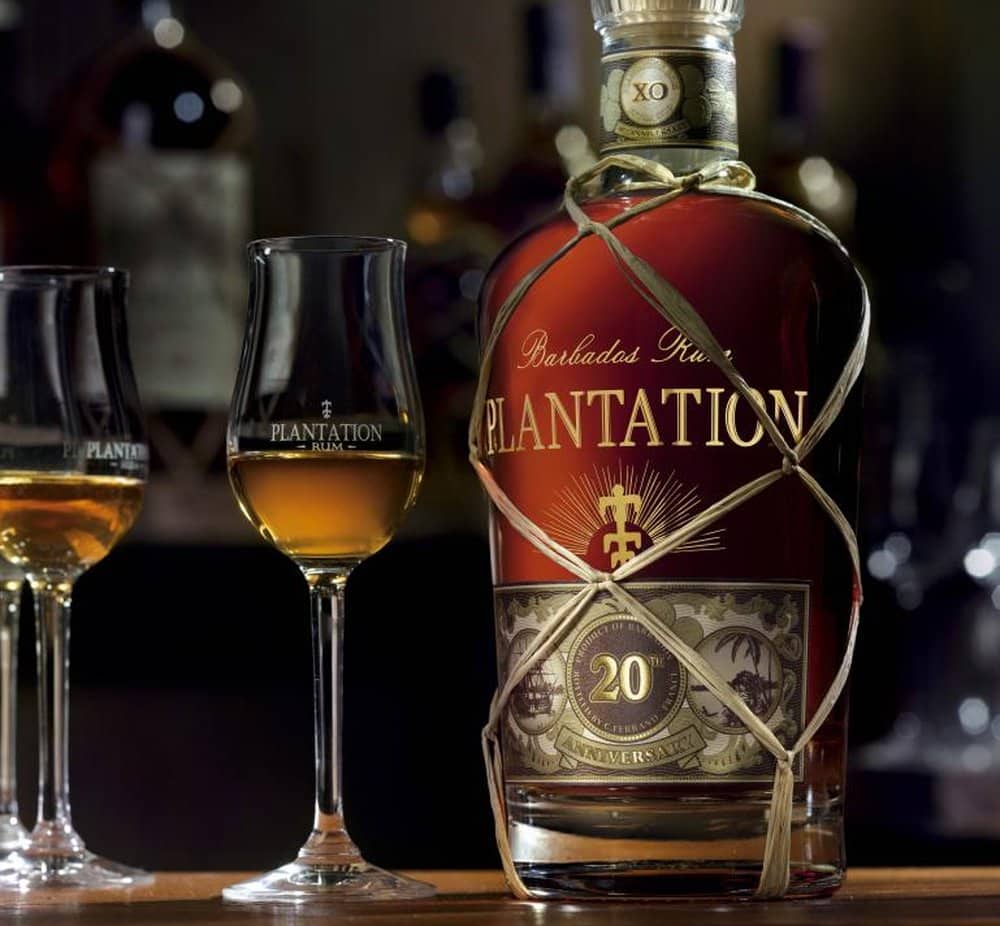 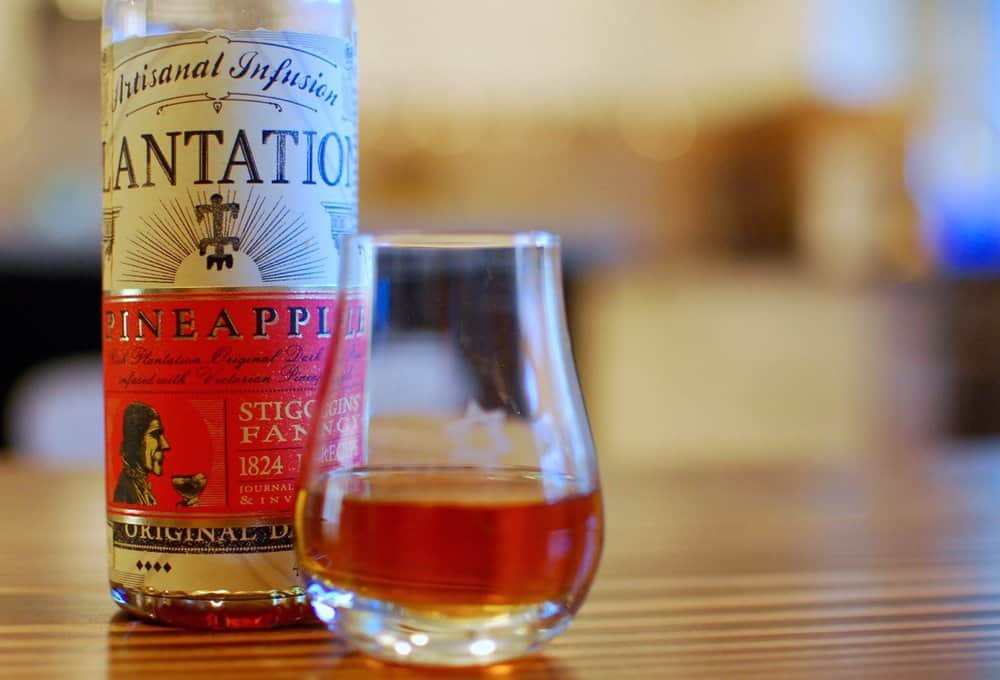 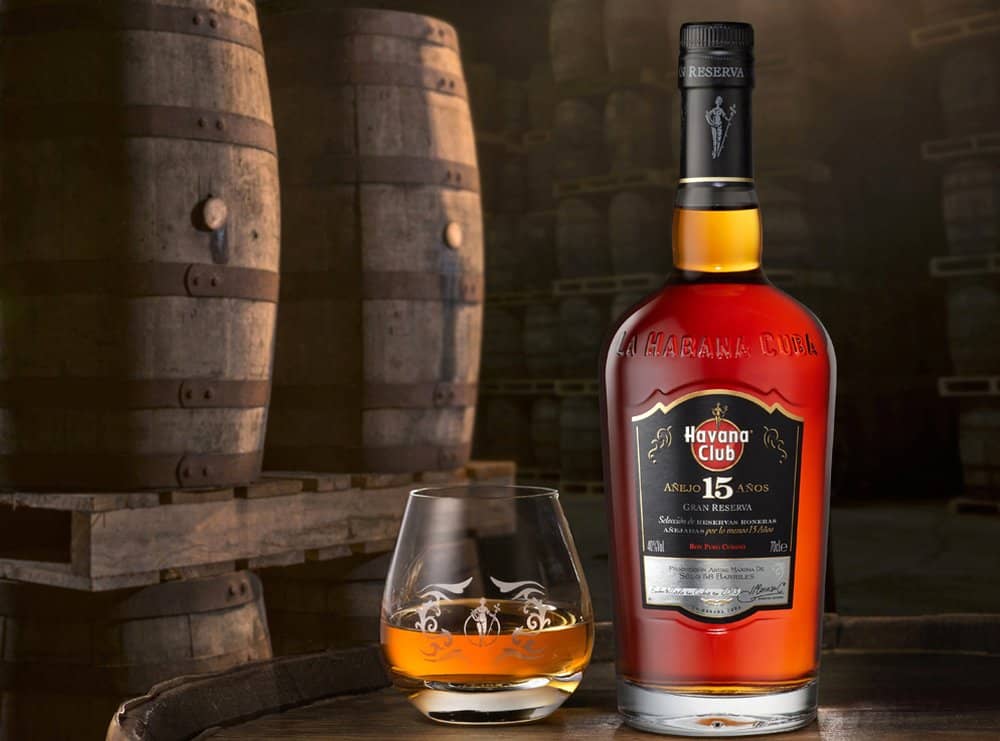 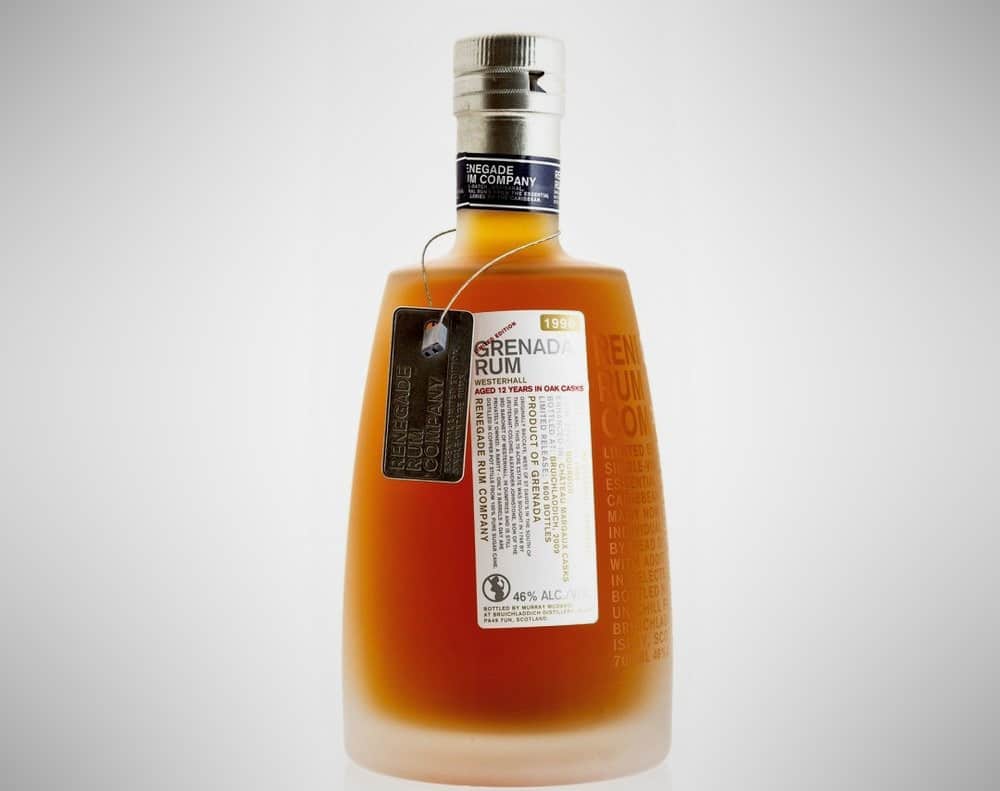 Rum has a far more storied history than any other spirit, yet for every ten bottles of rye or scotch you find on the shelves of your local liquor mart, you’ll often only be able to put your hand to one jug of rum. Usually the rum shelf is Bacardi, some spiced Captain Morgans, and a little Malibu, just for color. They completely ignore the nuances of the liquor, shunting black straps and agricoles to the side. Hiding their soleras and refusing to stock even a single, single-estate rum. This is the abysmal state of affairs that rum drinkers must face.

The good news is that though rum is harder to find, it’s less costly than scotch, and doesn’t have nearly as many rules attached to it, letting the distillers play with the flavors and deepen the bench to create whole taste eruptions that can dazzle your tongue however honed or decidedly barbaric it may be. The rums of the world are as distinctive and different as the places they call home, meaning the rabbit hole is long and the tastes divine. Whether you’re new to the rum game or a collector, you’ll find something among these 16 rummy offerings to slake your thirst for demon rum, or awaken it.

A divisive rum to be sure, those who love it for its harsh, hard, mojito vibe know that it pulls no punches and offers a lot of bang for your buck. Others find it too much of a kick in the head, so if you don’t want a sharp, sweet, rough ride, pack up your bags, wee one. Purchase: $11

Smooth as Belgian chocolate, Appleton can mix well or work with any chaser you desire, though it pairs particularly well with ginger beer if you’re hunting for a summer refreshment that will offer up a kick. Arguably one of the most widely respected rums, it’s a little sweet, but not overpowering, and goes down so easily that even those who don’t love it tend to reach for it again and again. Purchase: $14

Christmas in a bottle, the Gran Anejo has clove, nutmeg, cinnamon, and plenty of vanilla to go with the gingerbread bite. Truly round and complex, it tastes as you would imagine from the rich amber color that promises sweet darkness to be found in its depths. Purchase

A modest award winner that spends time first in copper potstills, then languishes for 12 formative years, studying inside oak barriques. The nose can make one think it’s trying to be a whiskey, then a sip will make it clear that, no, whiskey is trying to be this. Purchase: $27

Earthy as dark soil thanks to being distilled from sugar cane juice instead of molasses. It comes on with the rambling, devil-may-care slowness of a brandy, ripe with autumnal fruit and reeking of herbs and spices that speak of the harvest. Sweet and slow, it will sit on your tongue and practically force you to take it easy. Purchase: $29

Ordinarily the best rums are those that are enjoyed alone, but this has the unique distinction of being a marvelous mixer, where it falls a little flat on straight sipping. Throw it into a Dark ‘N’ Stormy or a Piña Colada and you’ll find a whole new bend for your cocktail night. Purchase: $32

Aged but a year, this is an affordable, daily drinker that has a more mature coconut taste than you’ll find from the standard rums of a like type. Crisp and fruity, it’s not bad taken alone, but also slips into a cocktail like a swimsuit model dipping into a jacuzzi. Purchase: $33

You barely need to drink of the Centenario to enjoy it. Chocolate shavings flirtatiously peek out from behind honey and almond, like a Dutch pastry shop just opening its doors. It’s born from a mixed breed of rums aged in sherry and bourbon casks that give it a finish that’s warm oak, soft as a top-shelf scotch. Purchase: $40

A strong sipper that will sit on your tongue for ages, there’s little sweetness to be had here, with the barest hints of coconut tinging the edges and coloring the whole sensation with tradewind tastes. Mango and molasses comingle happily, without adding any acidity to the burn you’re going to get from the XO. Purchase: $49

Coming in hot with a 50% ABV (Alcohol By Volume) you’re going to want to keep a water back on hand just in case the scorch of this blanc is a little more than you bargained for. The scent is as powerful as the taste, though instead of strong alcohol, it’s homemade strawberry jam with lemon and sugar, which sings. Purchase: $80

Like a scotch, this comes from Islay where it’s aged in French oak barrels and made purely out of cane sugar, rather than molasses. It starts off sharp, with brine and kelp wafting off it like a marina. Then comes the dark fruits, with caramel to knock off the jagged edges, then finishing light as a maiden’s kiss. Purchase: $90

Rather than put into copper stills, the 21 uses oak, which no doubt contributes to its easy drinking and suave slide down the hatch. It’s spicy vanilla on the tongue, which will incite a little tingle. Certainly intended for sipping all on its own, any mixer or chaser tends to detract from the experience. May we humbly suggest enjoying it neat. Purchase: $92

Naturally Cubano, though aged in whiskey barrels for that touch of Americana. Cocoa and tobacco shine through, which is what infuses this rum with all things Cuban. Spicy and intense, with a smoldering fire, there’s uncharted depths here that require repeated plumbing. Purchase: ~$175

Venezuelan in origin, this will spend the first decade of its life in bourbon casks, then disappear into a set of Pedro Ximenez sherry casks for two more years, until it comes of age. At that point it will emerge big, fruity, and carrying a 47% ABV that mixes well with tobacco for those who enjoy cigars or pipe smoking in one of the dying establishments that allow it. Purchase: $280

Rum began as payment for sailors in the British Royal Navy. They would get a ration known as a tot. Using bare-bones distillation, this was spicy and tough, a real drinker’s rum. Black tots today are hard to come by, being among the rarest of the breed. Peppery and full of molasses, it’s burnt leather and high seas manhood that’s been waiting since 1970 to crack its wonderful whip. Purchase: $950

Sweet subtlety with apples and oranges, vanilla and dried apricot it’s a Agricol that croons. The single cask build makes it feel like more of an Islay whisky than an island rum. It’s a fruit celebration with sweetness filtered into the background for a feel that is intoxicatingly organic. Finding it is a challenge, and costs vary immensely. Best of luck!