My childhood obsession with forts has met its match. The architecture firm B-ILD has refurbished an old fort bunker into a holiday house near Fort Vuren, the Netherlands. This old steel-and-concrete structure was originally built to withstand mortar fire, but it now houses campers who want a unique overnight experience. The B-ILD Bunker House is a fun, imaginative work of restorative architecture, one that maintains the spirit of its historic host.

This bunker house is a part of a local network of fortifications that date back to the mid 1800’s. Fort Vuren was a part of a Dutch waterline defense system that saw large tracts of land purposely flooded to impede foreign attacks. The result is a picturesque landscape of ponds and waterways that surround these old forts and bunkers. It has become a popular tourist destination for history-minded travelers, and a perfect spot for an escape for young campers from nearby Rotterdam and Antwerp. 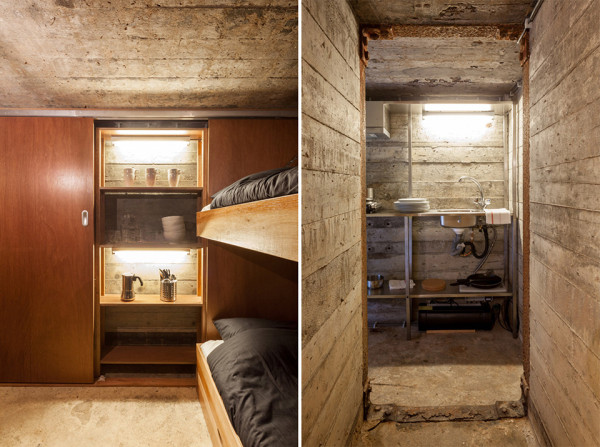 The bunker house isn’t occupied by a single tenant. It’s rentable for vacation travelers, having been designed more like a lodge or a cabin than a traditional house. Its single interior room features four bunk beds and creative wall sections that fold down to provide a dining table, cabinetry and more. The hallway that connects the entry door to the living space features a makeshift kitchen, where running water and cooking needs can serve the guests.

Outdoors, a square deck space provides a place to relax and take in the scenery around Fort Vuren. It is sized to the exact dimensions of the bunker house’s interior living space, a repetition of form to connect the old with the new. This outdoor deck is the only new “space” that B-ILD built for the bunker house, as the rest is practically untouched. The walls and even the door hardware has been left nearly intact, as the architect worked to build within the space instead of reshaping it for the client’s needs.

This bunker house excites the kid in me, reminding me of my early days building pillow forts and tree forts. Aging out of those “early days” hasn’t changed a thing, and I imagine you might be as excited by this as I am. If you find your way in Vuren, the Netherlands, go looking for this one. It’s an exciting, creative little space. 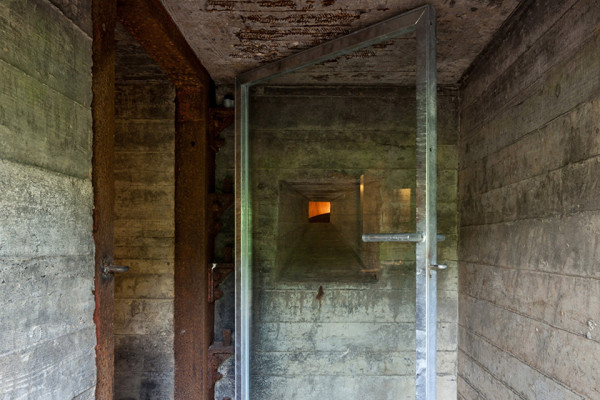 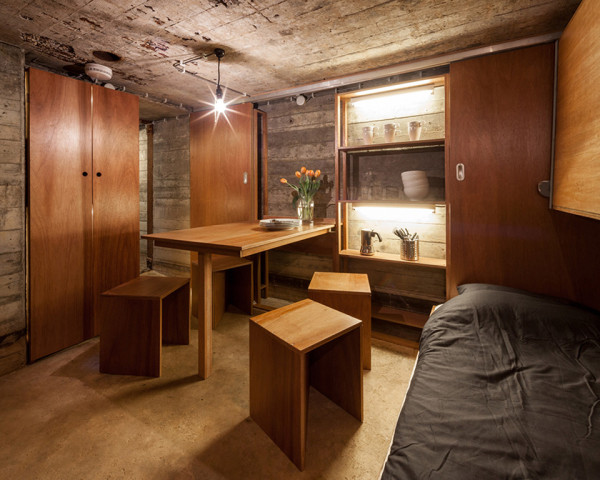 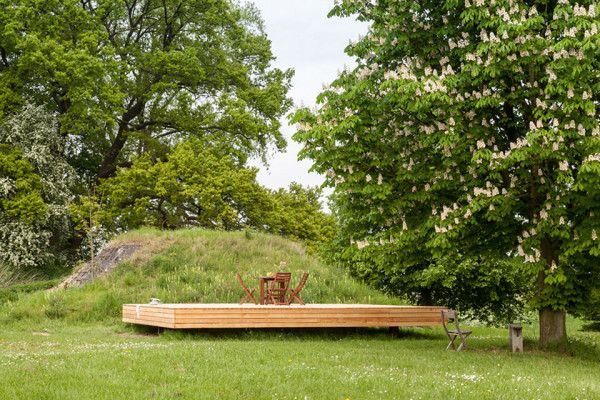 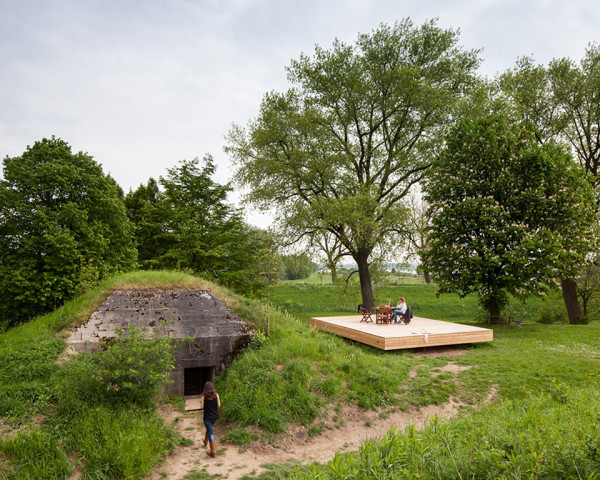