48 Amazing Facts About Green Eyes, One of the Rarest Eye Colors In the World 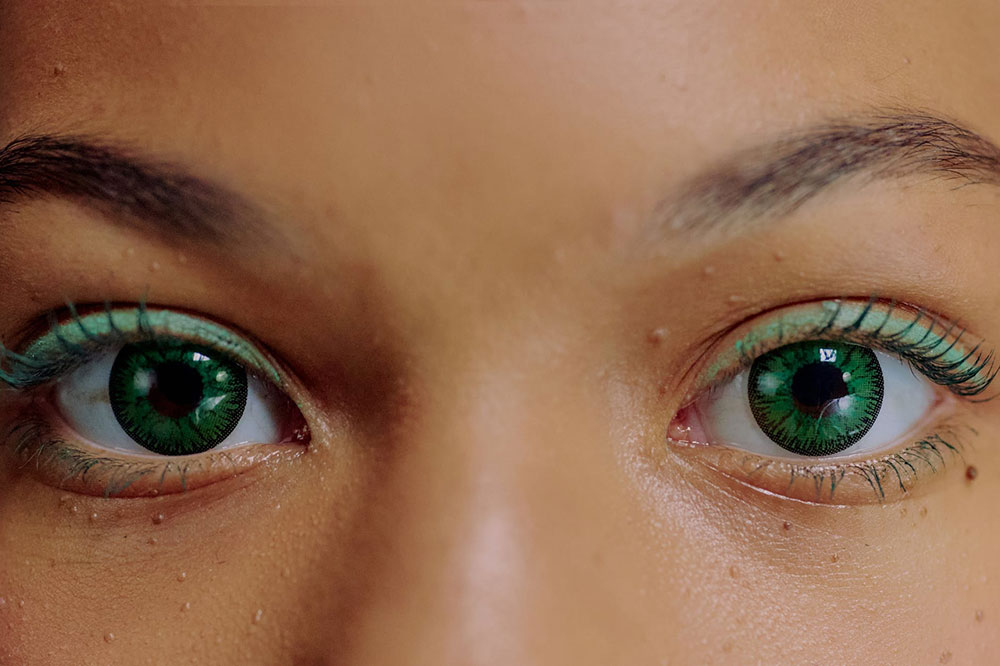 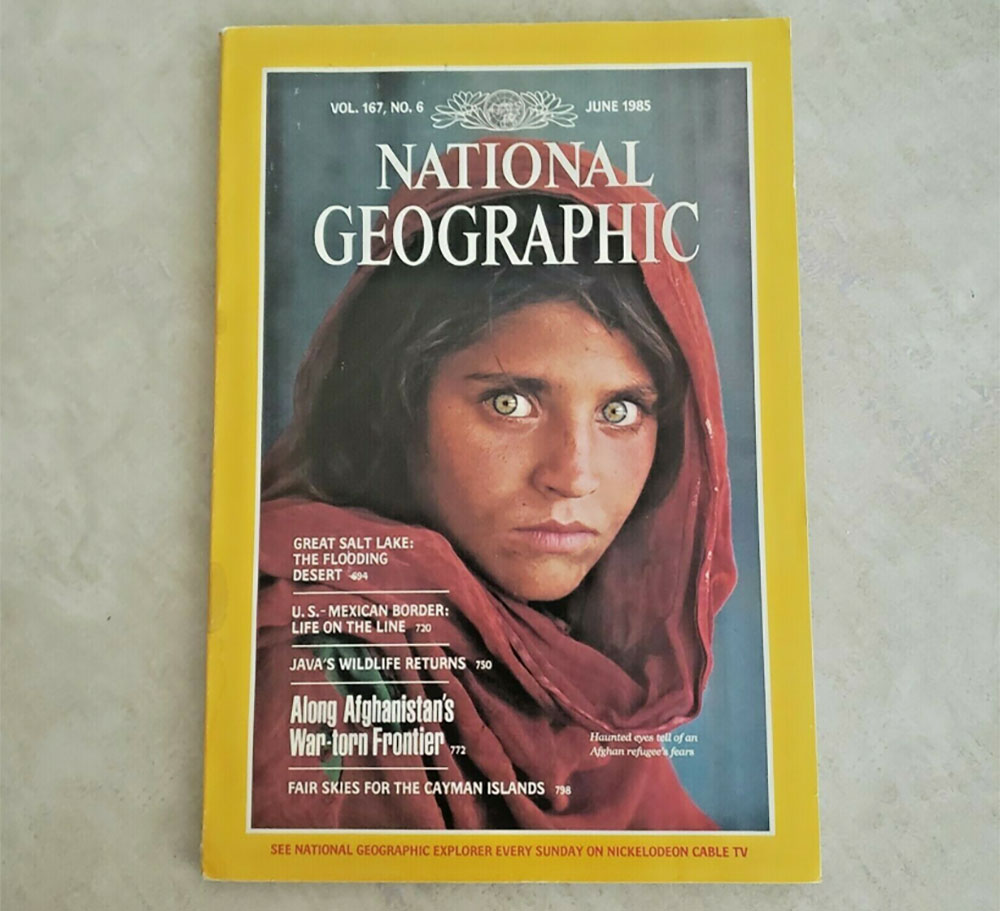 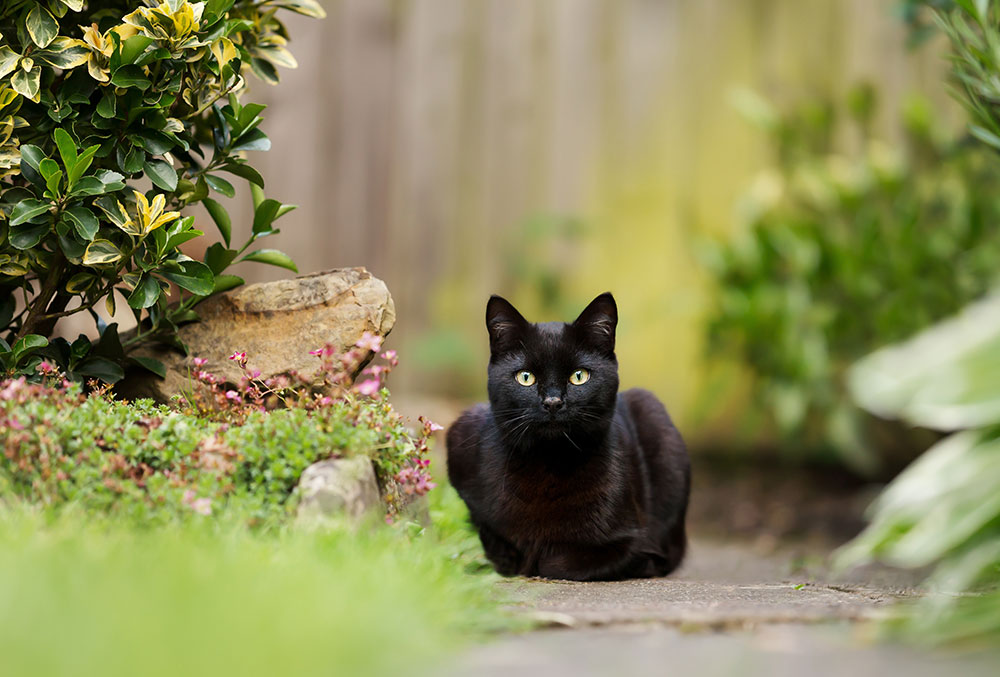 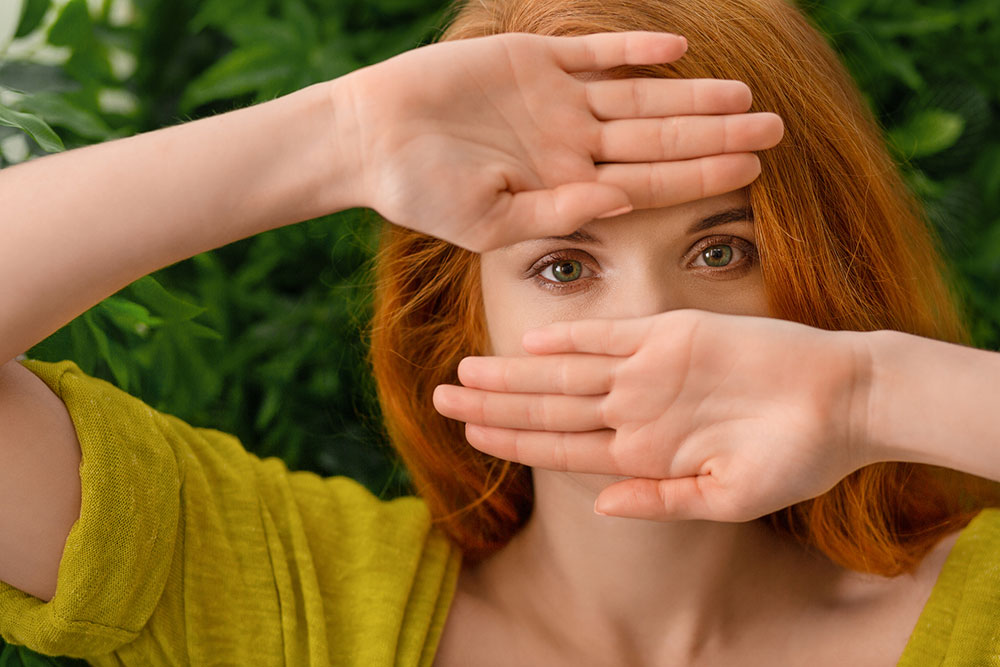 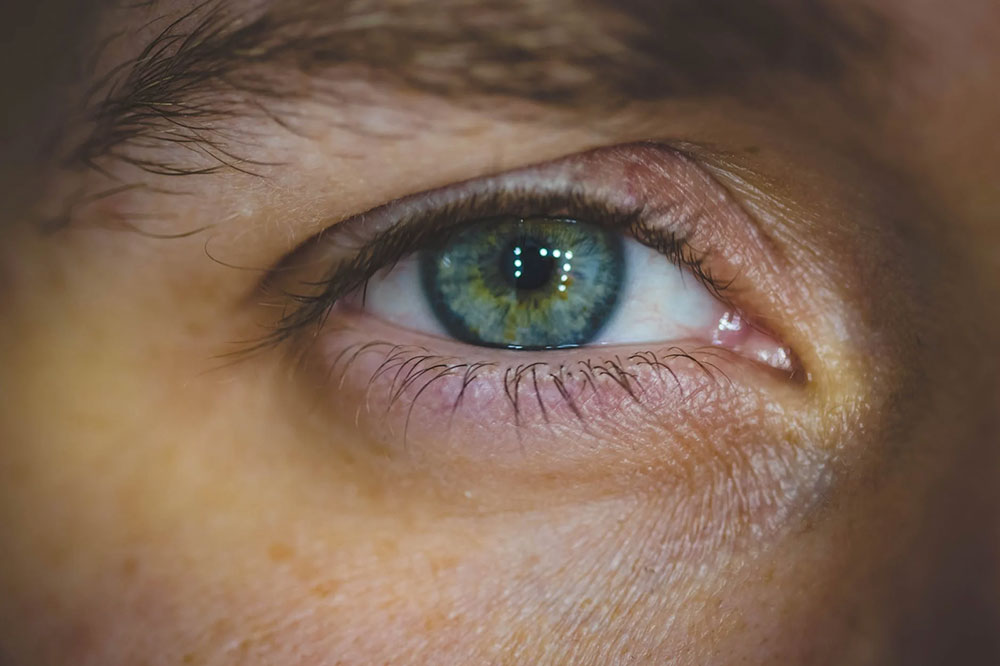 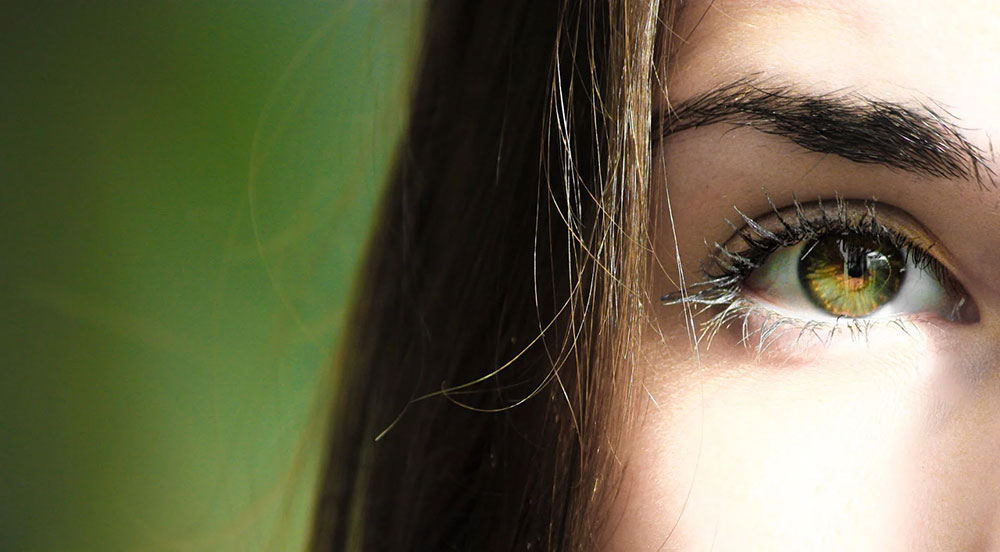 Green eyes have captivated humans for centuries. From in-depth scientific research and Shakespeare’s Othello to various myths and superstitions, we can’t help but envy this rare and enchanting eye color. We’ll be exploring eye color genetics, green eyes in nature and around the world, plus trivia and theories about green eyes you probably didn’t know!

Across the world’s population, traits like brown eyes are king. Most of us come from a long line of dark-eyed individuals whereas people with green eyes are the pearls of eye color—highly desired yet increasingly rare.

As with blue eyes and hazel eyes, green eyes are determined by an array of factors science is still trying to understand.

If you’re part of this elusive club, then you’ll be happy to know we’ve collected 48 facts about your dazzling green eyes.

The Science of Eye Color

As with many of our physical characteristics, eye color is thanks to centuries of human mutation.

Although we can’t pinpoint when green eyes entered the gene pool, we do know that eye color is defined by up to 16 different genes. As a result, there’s no surefire way of predicting your future child’s eye color, much less deciphering why you have green eyes when your relatives may have blue eyes or even dark brown eyes.

These genes also define eye pigmentation. Like fingerprints, eyes are unique and the amount of pigmentation present in our irises differs from person to person. That said, all eye color is dominated by melanin, a light brown pigmentation that also determines our skin and hair color.

The more melanin present in the eye, the darker the iris is, increasing the likelihood of a child developing light brown or dark brown eyes.

Consequently, the less melanin you have in your iris, the greater chance of light-colored eyes, such as green or blue eyes. Meanwhile, people with hazel and amber eyes land somewhere in the middle.

Now, let’s explore the causes of green eyes in a little more depth:

1. The melanin found in our eyes, skin, and hair color is secreted by pigmented cells known as melanocytes. Everyone has the same number of melanocytes, but not the same concentration of melanin.

2. If you have naturally green eyes, you weren’t born with them. Babies are either born with brown eyes or blue eyes, the latter of which is less common.

3. As the eyes develop during early childhood, eye color will also often change, deepening their concentration of melanin in the melanocytes. In the case of green eyes, the melanocytes in your baby blues formed a small amount of melanin, whereas those with hazel or brown eyes developed a little more. (This is largely determined by genetics.)

4. Babies usually start to develop green eyes during their first 6 months, though eye color can start to darken as early as 3 months in or as late as 3 years of age. Afterwhich, the eye color will stay fairly consistent.

5. According to a 2013 study, women tend to have more green eyes, whereas men are more likely to have blue eyes.

6. Although there’s a broad spectrum of eye colors, there is no blue or green pigment in the iris!

7. In addition to melanin’s light brown pigmentation, green eyes appear green thanks to a yellowish pigment known as lipochrome and an optical phenomenon called Rayleigh scattering.

8. People with green eyes have more lipochrome in their eyes than those with brown or blue eyes.

9. Meanwhile, Rayleigh scattering affects our perception of light, revealing various wavelengths of color. The more melanin in the eye, the less color we perceive in a person’s eye. This is also why the sky appears blue.

10. Your eye color may explain your tendency to squint under bright light. Due to the lower concentration of melanin in the iris, people with green eyes and blue eyes are more likely to experience light sensitivity than those with brown eyes. Time to invest in some shades!

11. Though there is very little actual color in our eyes, it’s sometimes hard to categorize what shades we see. Green eyes may appear hazel or golden brown closer to the pupil, while somewhat bluer on the edges of the iris.

12. Lighting, the size of the pupils, and contrasting colors in the environment can also affect our perception of a person’s eyes.

13. Amongst all eye colors, those with green eyes have the second-lowest concentration of melanin in their irises. Blue-eyed people have the least, with the exception of “red” or “violet eyes” found in albinism.

14. Like blue eyes, green eyes are a genetic mutation. The eye color was present in the world’s population as early as the Bronze Age.

15. Scientists believe that once upon a time, we all had dark brown eyes before things got a little funky.

16. The chance of having green eyes and red hair is extremely low—but not as low as blue eyes paired with red hair! If you’re a redhead with bright eyes, congratulations! You’re a unicorn.

Within human genetics, green eyes are akin to a needle in a haystack. It’s probably there, somewhere in our DNA, but as a recessive gene, it’s less likely to pass on to future generations.

However, this doesn’t mean green eyes are common. When compared to more dominant traits like brown eyes, green eyes are amongst the rarest, most unique eye colors.

Here’s what else we’ve discovered about the rarity of green eyes:

17. Only 2% of the world’s population has green eyes. It is the rarest eye color in the world, second only to violet or red eyes (caused by albinism) and heterochromia (two different eye colors), the latter of which may be congenital or caused by health conditions.

18. Although there is a genetic predisposition for eye color, blue and green eyes are found in ethnic groups across the globe.

19. Green eyes are most common across European populations, namely within North, West, and Central Europe.

20. Iceland has one of the highest concentrations of blue and green eyes in the world, with 89% of women and 87% of men having either color.

22. Green and blue eyes are also common in Finland, with 85% of its population having lighter eyes.

23. Green irises come in different shades depending on the amount of melanin and lipochrome present in the iris. Some individuals may have deep, brownish-green eyes (sometimes confused with hazel eyes) or light green eyes edging on blueish-green.

Although the color green is synonymous with nature, humans are one of the few members of the animal kingdom with a predisposition for green eyes.

Non-human eye color is determined by different genetic factors. This is partly why amber eyes are so common amongst animals such as birds, canines, and felines whilst being relatively rare amongst humans.

However, we’ve uncovered a few exceptions, which we’ve listed below:

24. Various primates such as lemurs and macaques have green eyes. Green eyes are also common amongst reptiles, namely snakes, alligators, crocodiles, and lizards, as well as many different species of bird.

27. Dogs rarely have green eyes. The American Pitbull Terrier, Weimaraner, and Pomeranian Husky (“Pomsky”) breeds are amongst the few with green eyes.

29. Some roses have been genetically engineered to have “green-eyed” centers.

The beauty of the green eye color has inspired many an ode over the centuries. Thanks to such works, the phrase “green-eyed jealousy” is indented into our lexicon and although negative, it’s a testament to the eye color’s uniqueness. You could say that humans found it so striking, it changed our vocabulary forever!

Moreover, green eyes, perhaps due to their rarity, can feel almost alien or otherworldly. The famous “Afghan Girl” from National Geographic seems to peer into our souls with her striking, haunting gaze, for example. They are undoubtedly beautiful, but harbor a depth of experience that captures the imagination.

We’ve dug through past and recent history to learn more about green eyes in culture. Here’s what we’ve found:

30. If you have green eyes, you’re probably not a fan of the term “green-ey’d monster.” The phrase was first used by William Shakespeare in The Merchant of Venice and later in Othello. The more remembered of the two, Othello’s narration personifies jealousy with green eyes after the titular character is manipulated into believing his wife is having an affair. Thanks, Billy!

31. Despite the bad rep, green eyes are considered highly attractive. Their rarity adds to their beauty, landing them first place on beauty polls.

35. Green eyes have been the subject of several songs. “Aquellos Ojos Verdes” by Nat King Cole and “Green Eyes” by Coldplay are two famous examples.

Trivia and Superstitions About Green Eyes

Green eyes have stirred the imagination in other ways as well.

In addition to modern-day culture, green eyes come up in several myths and superstitions. We’ve also found some interesting trivia about green eyes and personality traits.

Whether you believe in them or not, here’s a list of fun factoids you can delight your friends with:

36. The blonde hair and green eyes found in Liqian, China have turned heads, generating several theories about the inhabitants. Of the most famous is the tale of General Marcus Crassus’ mysteriously missing army. According to the myth, soldiers settled down in the area centuries ago and passed on their blonde hair and green eyes to the village’s descendants. (Science suggests otherwise, adding to the story’s peculiarity.)

37. Several figures from folklore and mythology are often depicted with green eyes. Interestingly, many of them are terrifying water creatures. Some examples include the Kapa, a green water demon from Japanese folklore; Peg Powler and Jenny Greenth, two river hags occasionally seen in English folklore; and Rusalka, a mermaid-like character from Slavic fables. All characters would lure victims to the water’s edge and drag them underneath (a habit people with green eyes, fortunately, do not share.)

38. For the conspiracy theorists amongst us, green and blue eyes are believed to be alien in origin! Step aside lizard people, there’s a new secret society controlling our thoughts.

39. People with green eyes are also believed to live longer (which is a slightly more reasonable theory.)

40. Green-eyed people are also thought to be great company. They’re often described as being outgoing, intelligent, and loyal friends.

41. Green eyes are supposedly linked with health. The deeper the color of the eyes, the healthier the person is.

42. Unsurprisingly, envy is associated with the color of green eyes. People with this eye color are thought to have a bit of a jealousy streak.

43. On a more positive note, women with green eyes are said to have big hearts and empathetic personalities.

45. Meanwhile, men with green eyes are highly creative and innovative, with a great sense of humor to boot.

46. Green-eyed people are also passionate and hardworking. They’re dedicated to their careers and always bring their A-game to work.

47. People with green eyes are also thought to have a strong sense of character. In addition to their willful personality, they’re courageous and try to stand up for themselves as well as others.

48. Due to their color, we sometimes associated green eyes with nature. People with this eye color may feel more in their element while doing outdoor hobbies, such as hiking, gardening, and camping.

When it comes to our looks, eye color is a source of healthy obsession. Our collective fascination with green eyes is a perfect example of this.

As one of the rarest eye colors in the world, their natural beauty lends to their genetic uniqueness, a trait alone that (at least in our opinion) is pretty neat!

We’d love to know more about green eyes. Share your favorite facts below and let us know what you love or hate about your eye color.