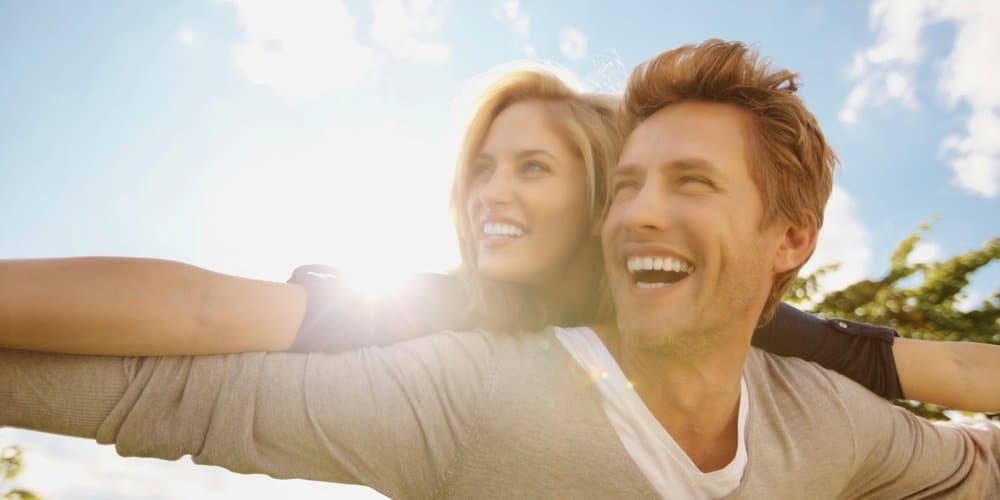 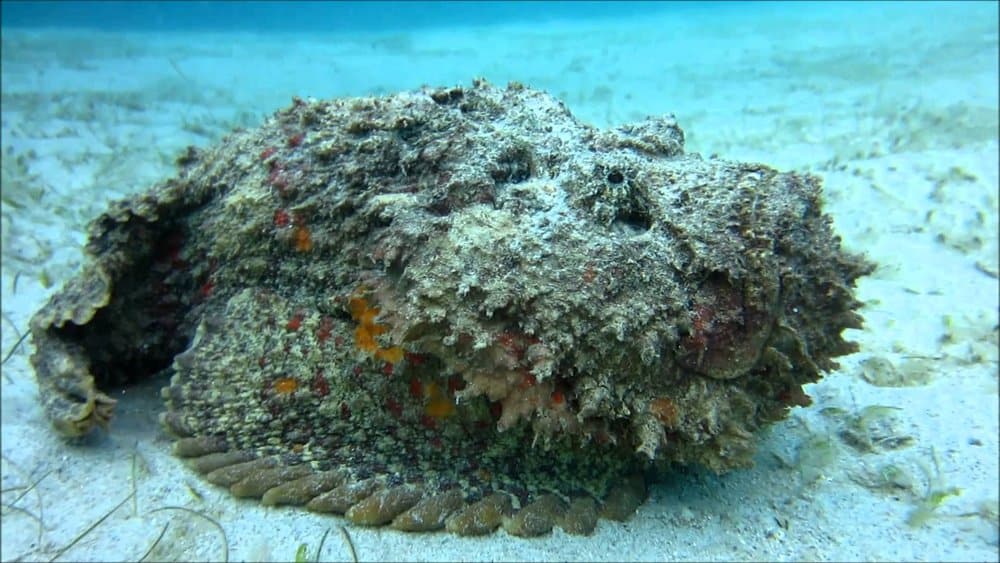 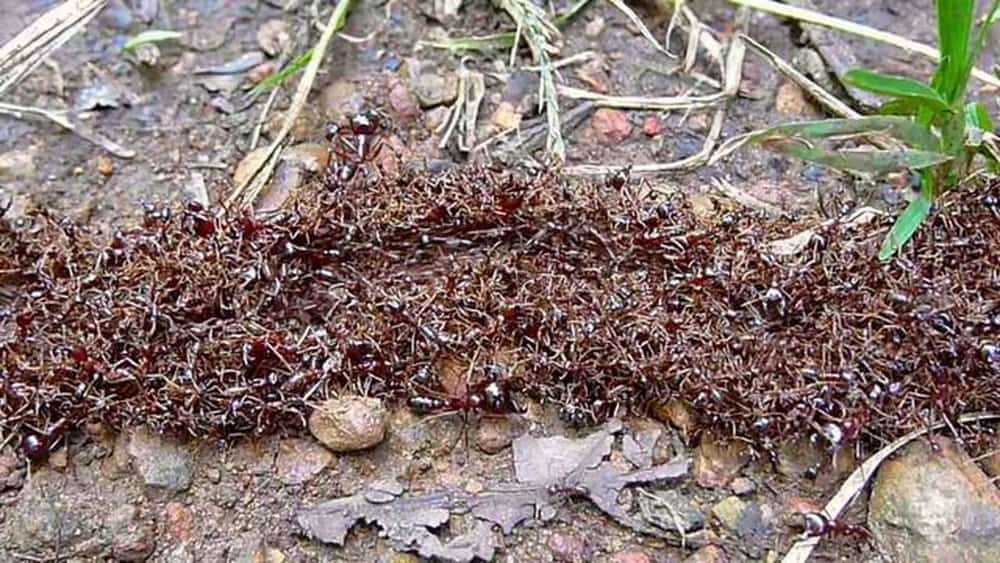 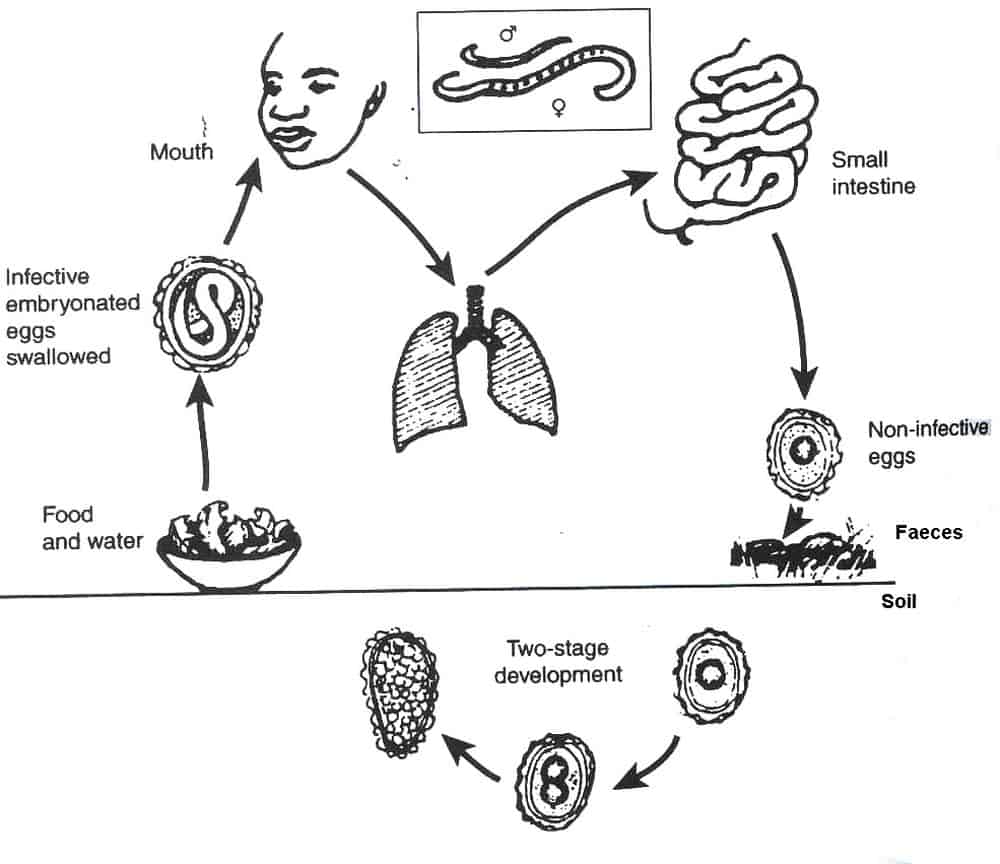 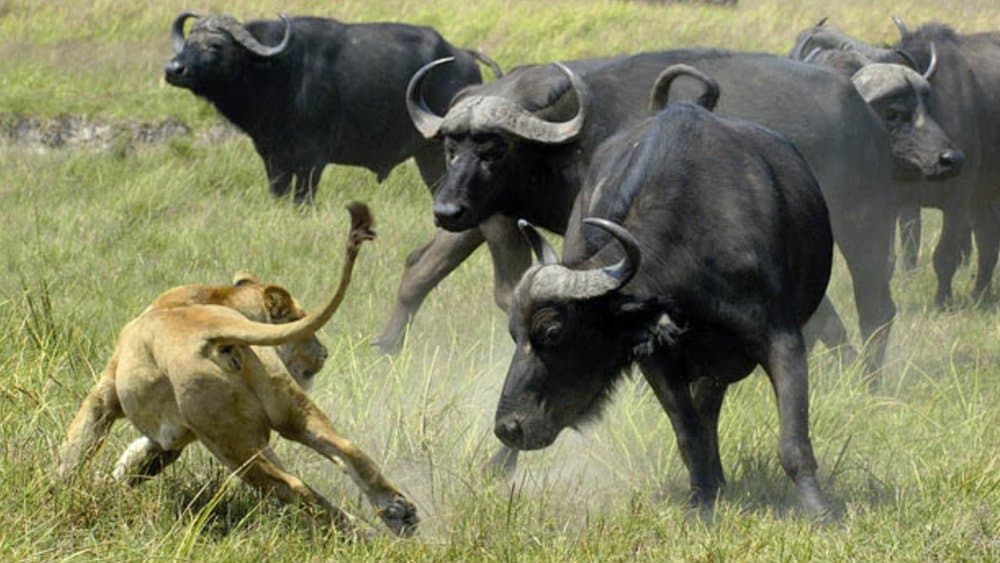 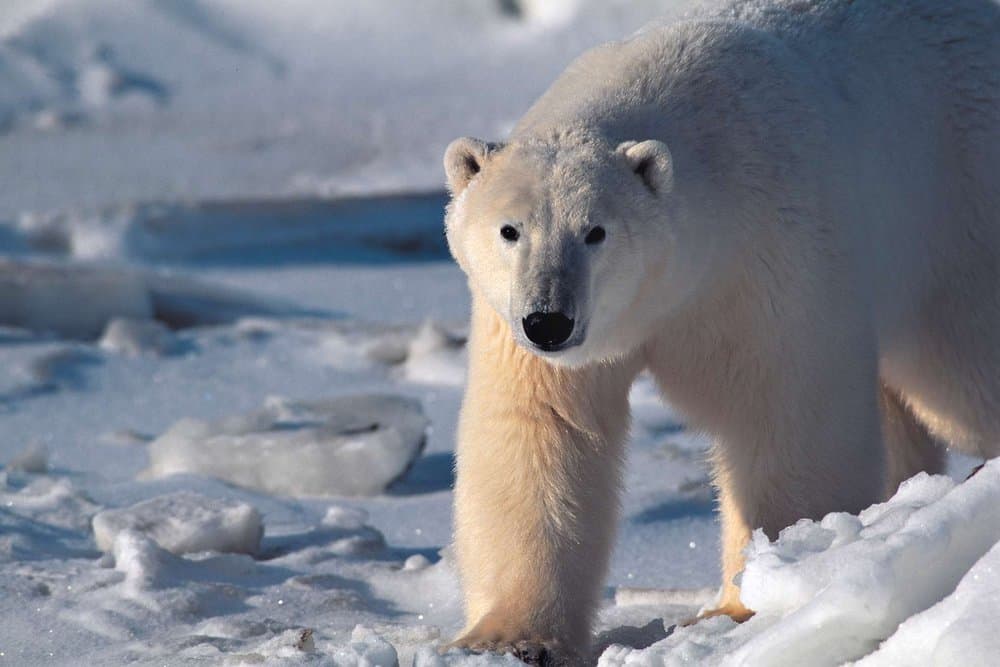 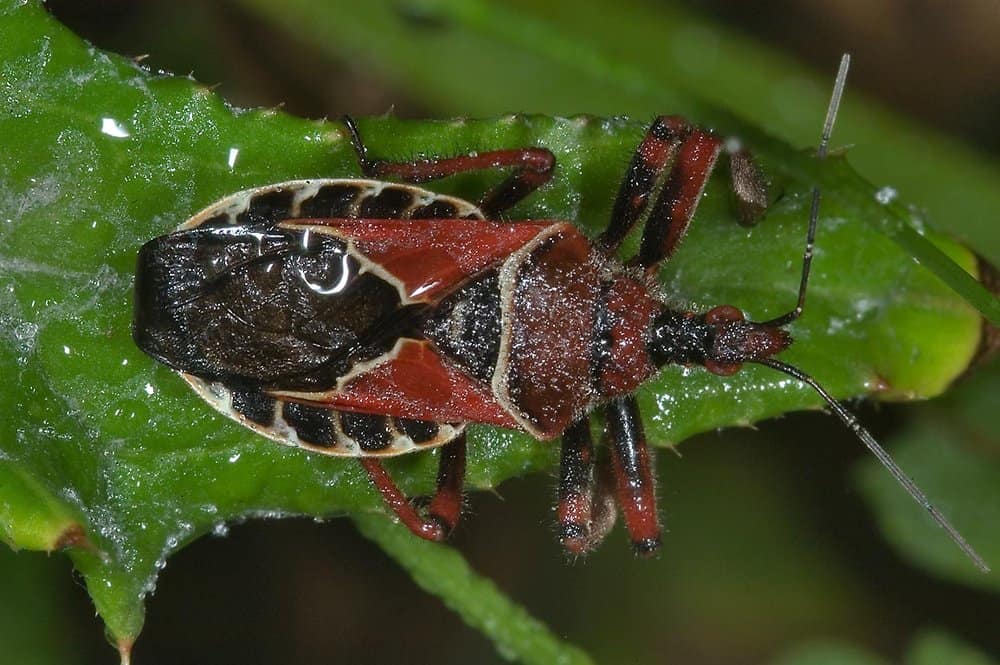 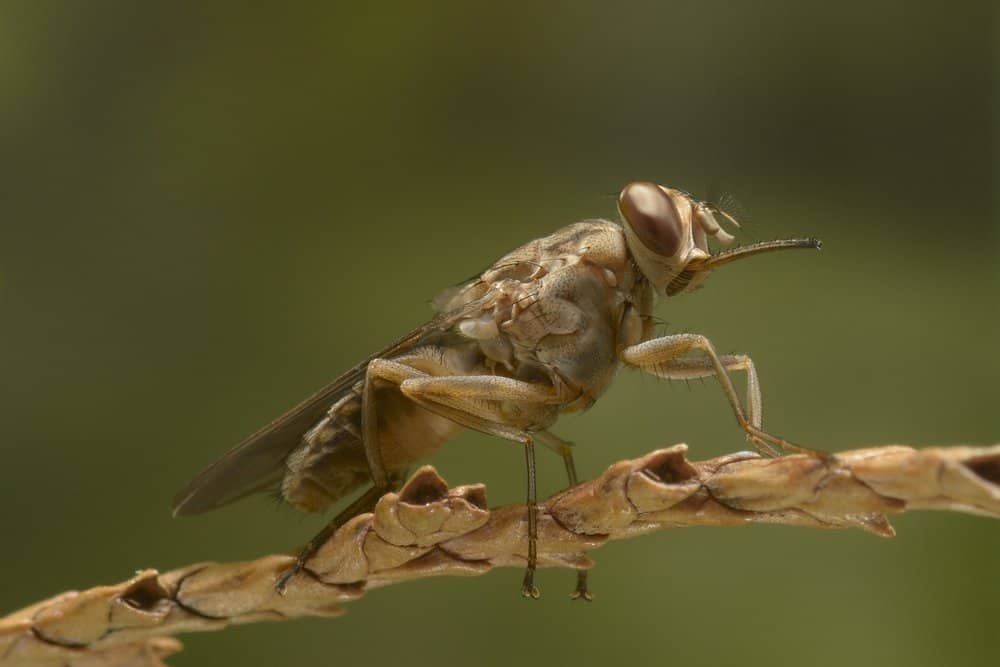 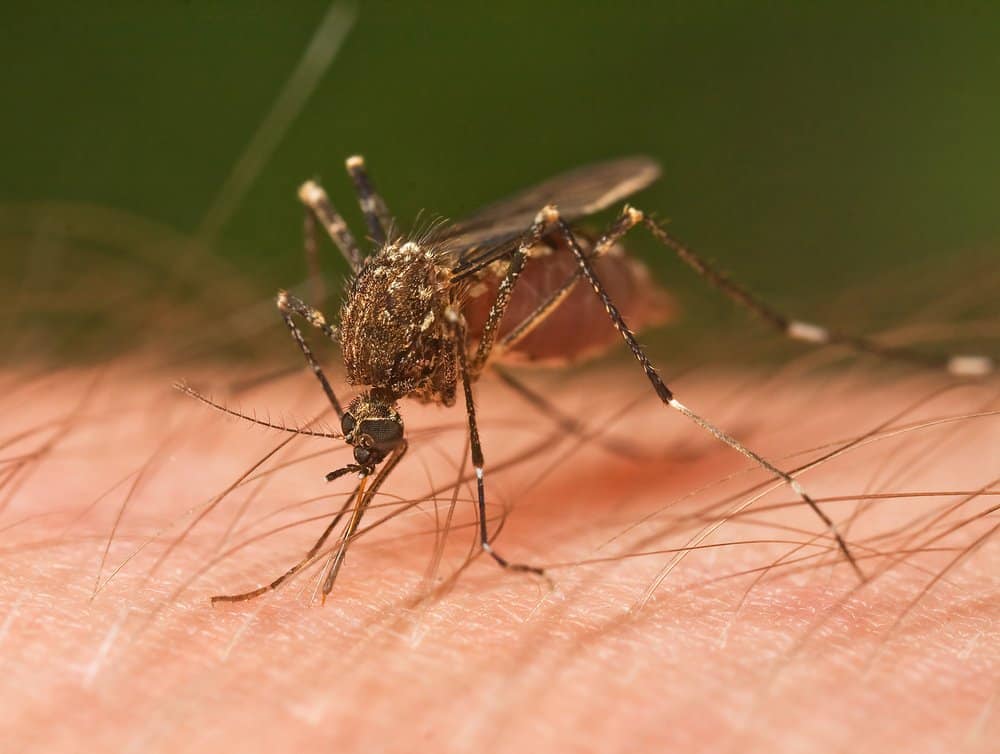 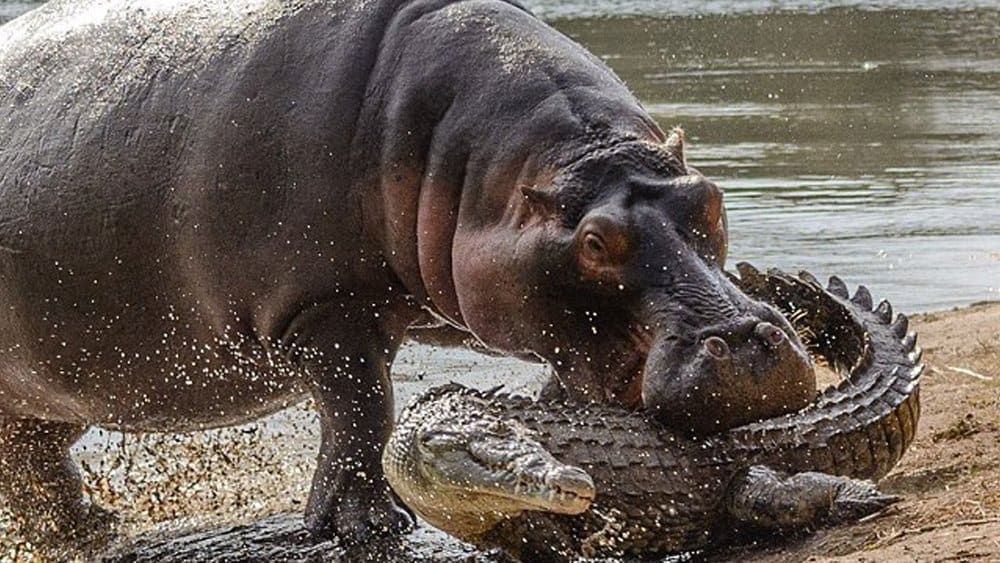 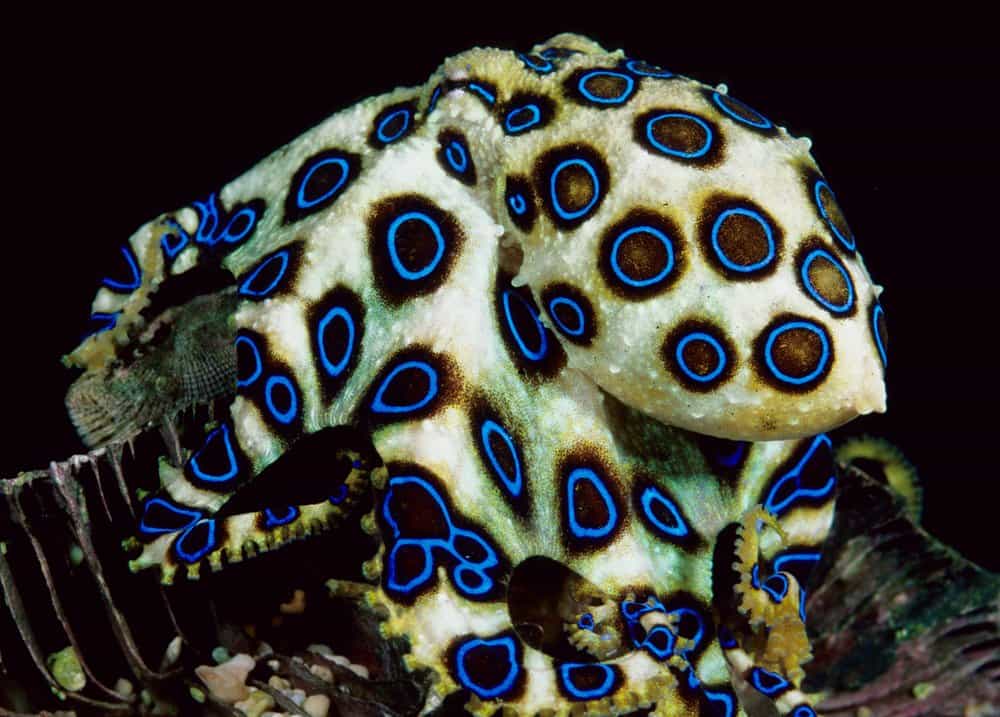 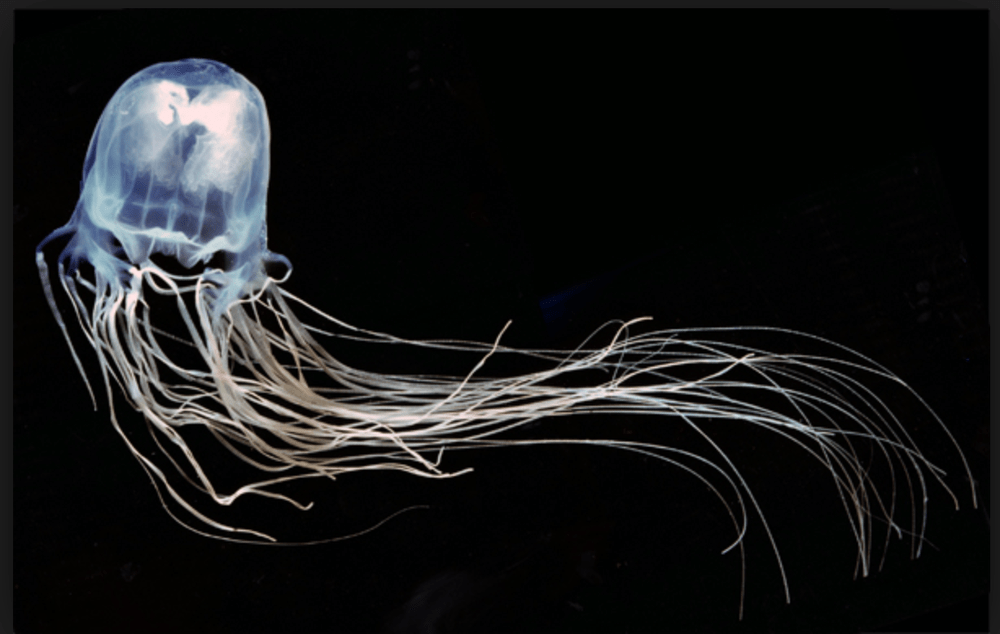 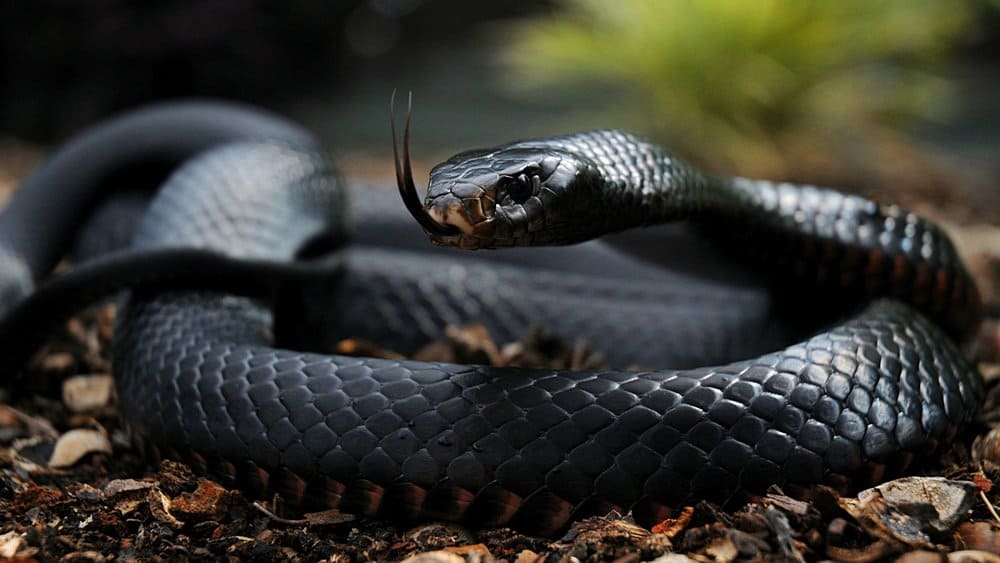 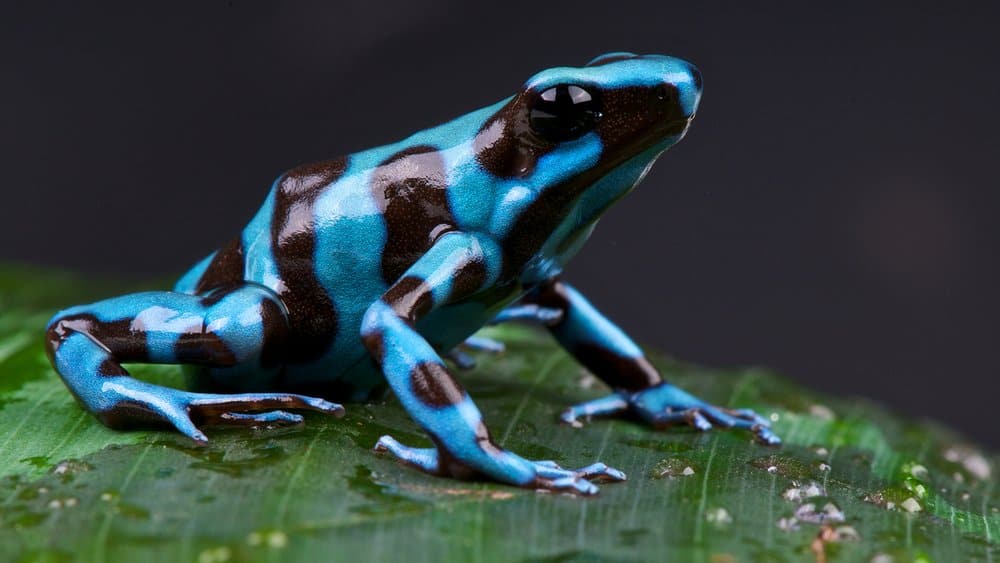 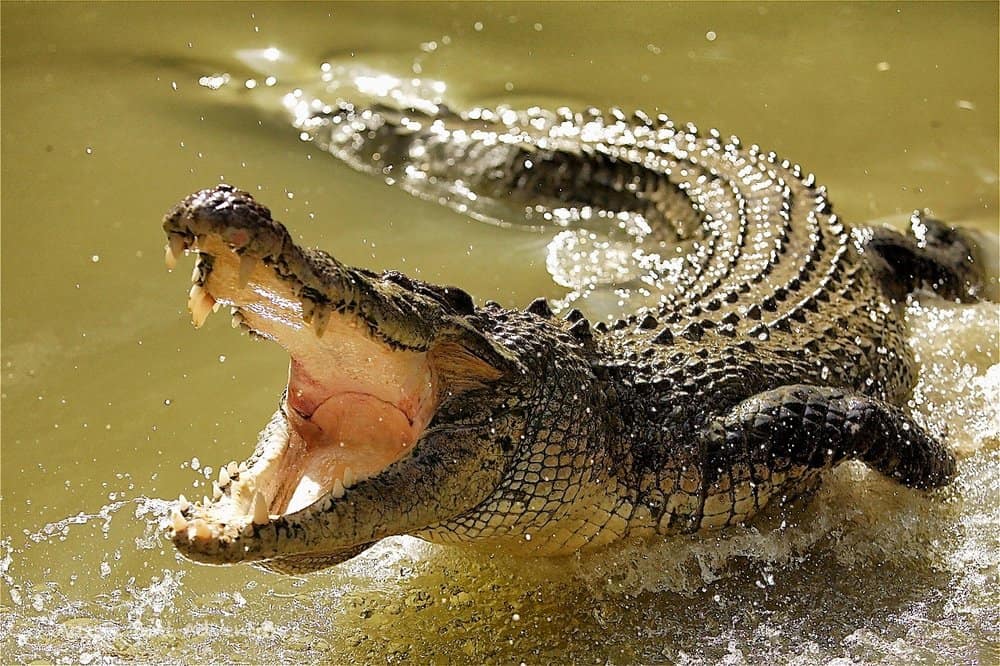 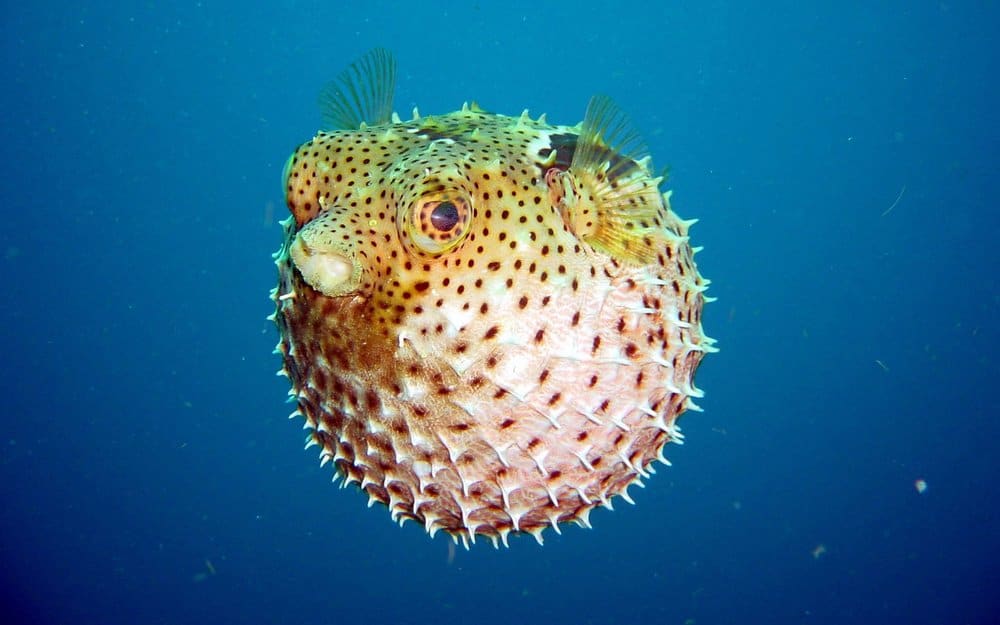 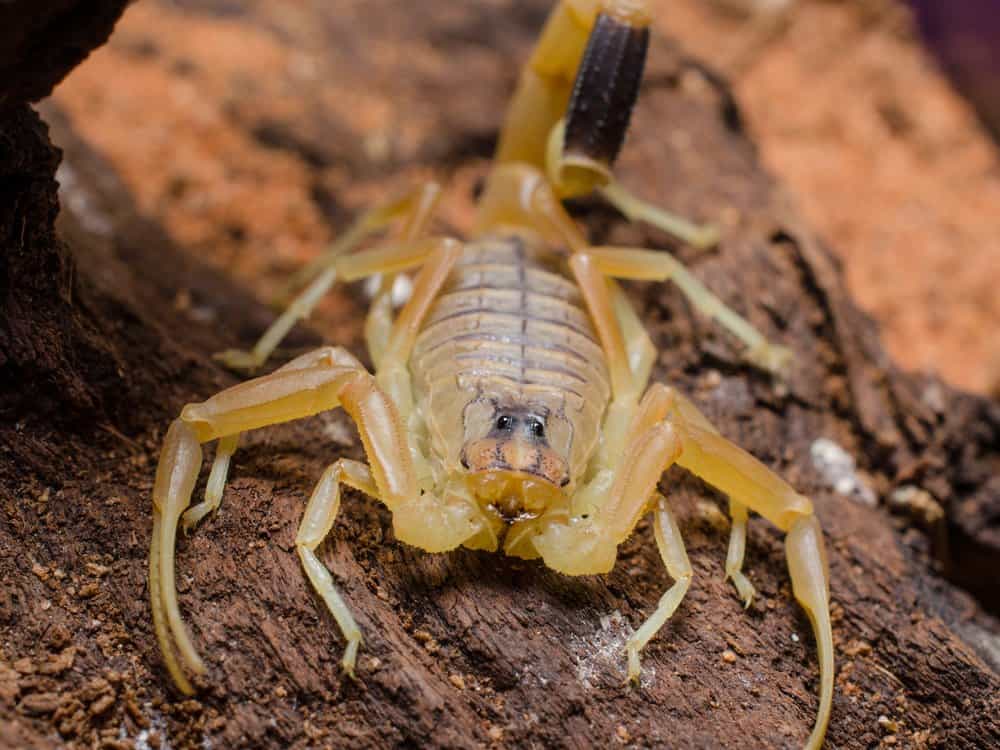 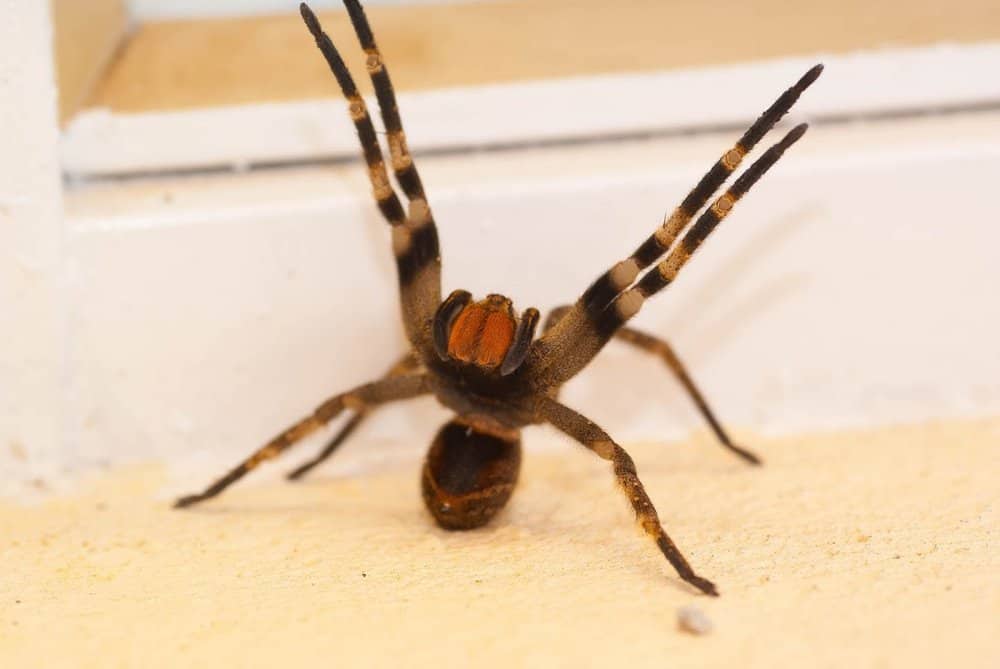 Human beings are incredibly frail. At any given moment we’re all a single sarcastic comment away from having our spouse poison us, one badly chewed chunk of red meat away from choking our way to perdition, or one more replay of “Pour Some Sugar On Me” away from the drunk at the bar stabbing us to death. While we like to talk big and tough as we hide behind our steel walls and electric lights, able to find a firearm fairly easily, on the actual food chain our fatty bodies with their soft flesh and weak hide are actually a dinner bell to the real predators of the world.

Since we hoo-mans are cream puffs, the best way to stay alive is to hide away forever from the things that hunt in the night. To that end, here’s 19 of the most dangerous animals to keep away from so that you can live long enough to see your feeble children grow into sickly adults.

Though chubby and adorable as a plush toy, hippos are aggressive and territorial creatures who are built like tanks and don’t take any nonsense. They have immensely powerful jaws which crush rather than tear, thick hides, and dense bones. The result is a testy battering ram that’s also an adept swimmer.

Carrying every different kind of disease you can think of, from the standard malaria and west Nile to the Ebola boogieman, mosquitoes are hardy monsters that are difficult to see, capable of traveling long distances, able to lay their eggs just about anywhere, and deadly invasive. A little bite can spell certain death, but take weeks to bring you down.

Each golf-ball sized blue ringed carries enough venom to drop more than two dozen people by paralyzing them. The lungs and heart freeze up, making CPR necessary to keep the victim alive. There’s no antidote, so anyone affected will need to have someone do their breathing and heart-beating for them for hours while their body processes the toxins.

Bloodsuckers that are scant millimeters in diameter, the Tsetse carries loads of Trypanosomes, which are parasites that cause brain inflammation, loss of motor skills, and eventually death. Naturally there’s no treatment, but these tend to require warm climates to survive, keeping them regionally located…for now.

Many different varieties of Box Jellyfish exist, all of which are nasty beasts that bear the distinction of being the single most venomous creature in the world. If you manage to survive a sting – highly unlikely – you will get to experience agonizing pain for a protracted period of time that can rise up even years later.

Though snakes in general should be avoided, since many of them carry various levels of venom, the Mamba is a particularly nasty customer. A quick striker that offers little warning before delivering its bite, it doesn’t rattle like a diamondback or rear and flare like a cobra. It just kills you and then goes on with its day.

There’s a shocking number of dangerous snails in the world, with this being the king daddy murderer of them all. Small and slow, it can take down 20 men with a simple sting, so be careful the next time you taunt one for its speed or appearance.

Also known as the kissing bug because it bites on the face, Assassins carry Chagas disease, a parasitic infection that takes out thousands of people each year and is passed almost entirely through these insects.

Though the darts of these brightly colored frogs can lay a person low without difficulty, the glands that produce the poison rest under their skin, meaning an accidental touch on their back can cause sickness or death. The rule here is when you see a pretty frog, leave it the hell alone.

You aren’t likely to encounter one of these, unless climate change drifts them down into our lands as the ice caps melt away, but if you do, be very careful. Surprisingly fast on land, intensely deadly, smart and wily, and even quicker in the water, these great white beauties are serious predators.

Called “Black Death” for a reason, these buffalo are sweet and docile so long as they are left to their own devices. Once their ire is aroused they will circle the threat, charging in with bursts of sudden speed that move their one ton bulk up to 35mph. Injury often won’t stop or slow them, so the best survival mechanism is to play nice.

A slithering creature that causes death by infection of ascariasis, roundworms like to make their home in the small intestine through ingestion of their larva. The simplest way to avoid these hideous creatures is to cook all food thoroughly and maintain a clean environment.

Certainly not a one-on-one combatant, Siafu ants are known as “driver” ants because massive swarms of 50 million will act as a single mind, using the will of a single driver to guide their actions. Crush one and you’ll be overwhelmed by a countless number who latch on, refusing to let go even when torn in half. Decidedly unpleasant even if you make it out alive.

Subtle, lazy hunters that lounge around in water, Crocs natural ability to blend into the environment and clamp down on unsuspecting prey with swift and deadly acuity means that a single accidental encounter of these strange, prehistoric monsters could rapidly turn mortal. They like to drag their prey down and drown it, so your real problem is the world around you.

Cute and cuddly in appearance, a little puncture from their puffed-out spines is enough to paralyze you for the remainder of your very short life. Also, if you happen to eat puffer fish (Fugu) that has been improperly prepared, you can expect the reaper to come before the check hits the table.

Look, it’s called a “Deathstalker” which should give you a clue. Small and vicious, they blend into their surroundings surprisingly well, and have a bite/sting first approach to life that usually means you’re dead before you know one’s around.

Though spiders should be respected, the Wandering Spider is a little more of a hassle, because it meanders around rather than knitting a web and then staying there. As unpredictable as they are venomous, constant vigilance is the best defense.

Subtle as an average rock, yet able to move with lightning speed when annoyed, divers often don’t know they’ve entered a Stonefish’s domain until the underwater terror has sent them off this mortal coil.

Causing more deaths than every other animal combined, nothing is more hazardous to your well-being than these oddly-shaped bipeds. Not especially fast, smart, cunning, or strong, many are lured in by their seemingly blasé, innocuous nature, then killed through reckless stupidity that seems to occur without rhyme or reason. Unpredictable and best to be avoided at all costs, the sole saving grace is they’re eventually going to exterminate themselves, after they’ve cut down most of the other species on the planet.