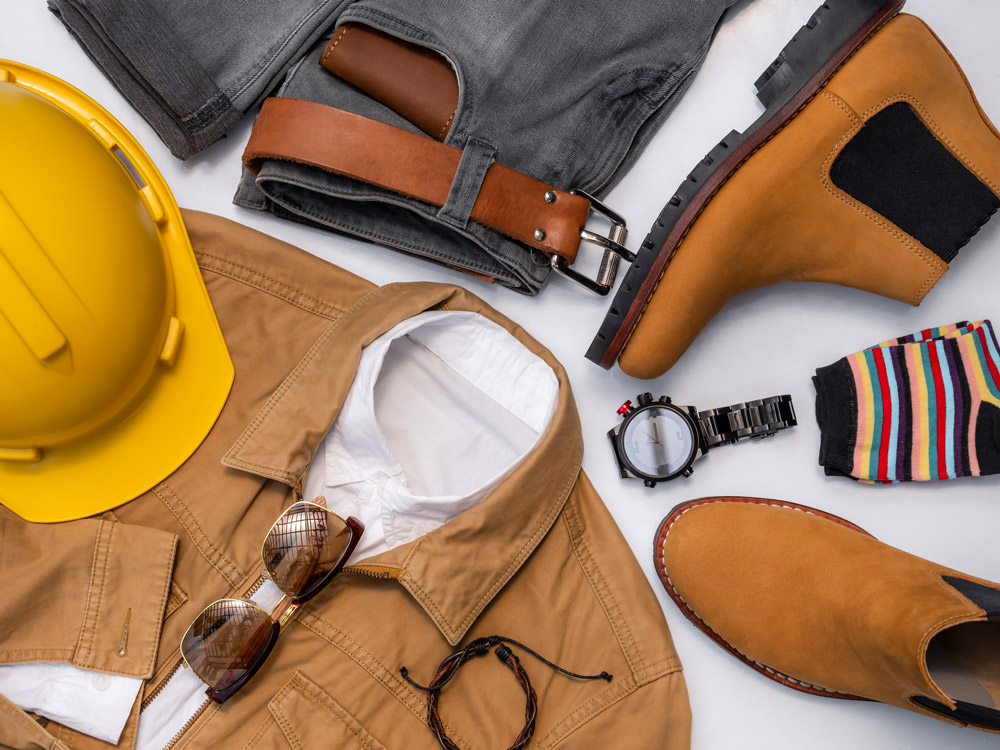 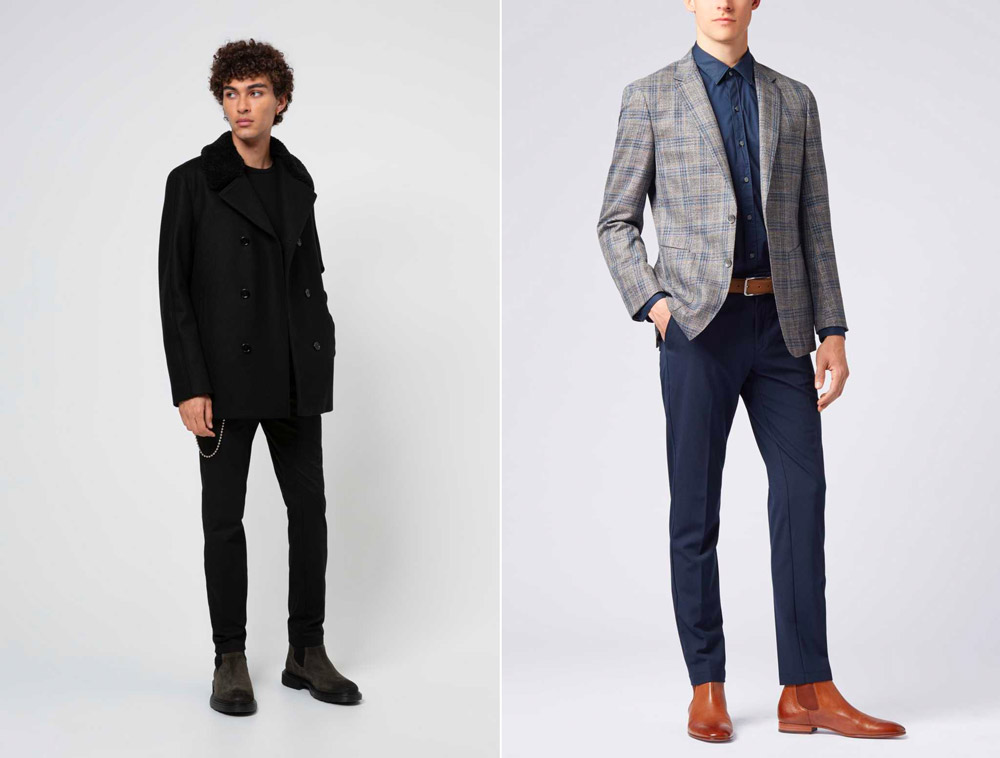 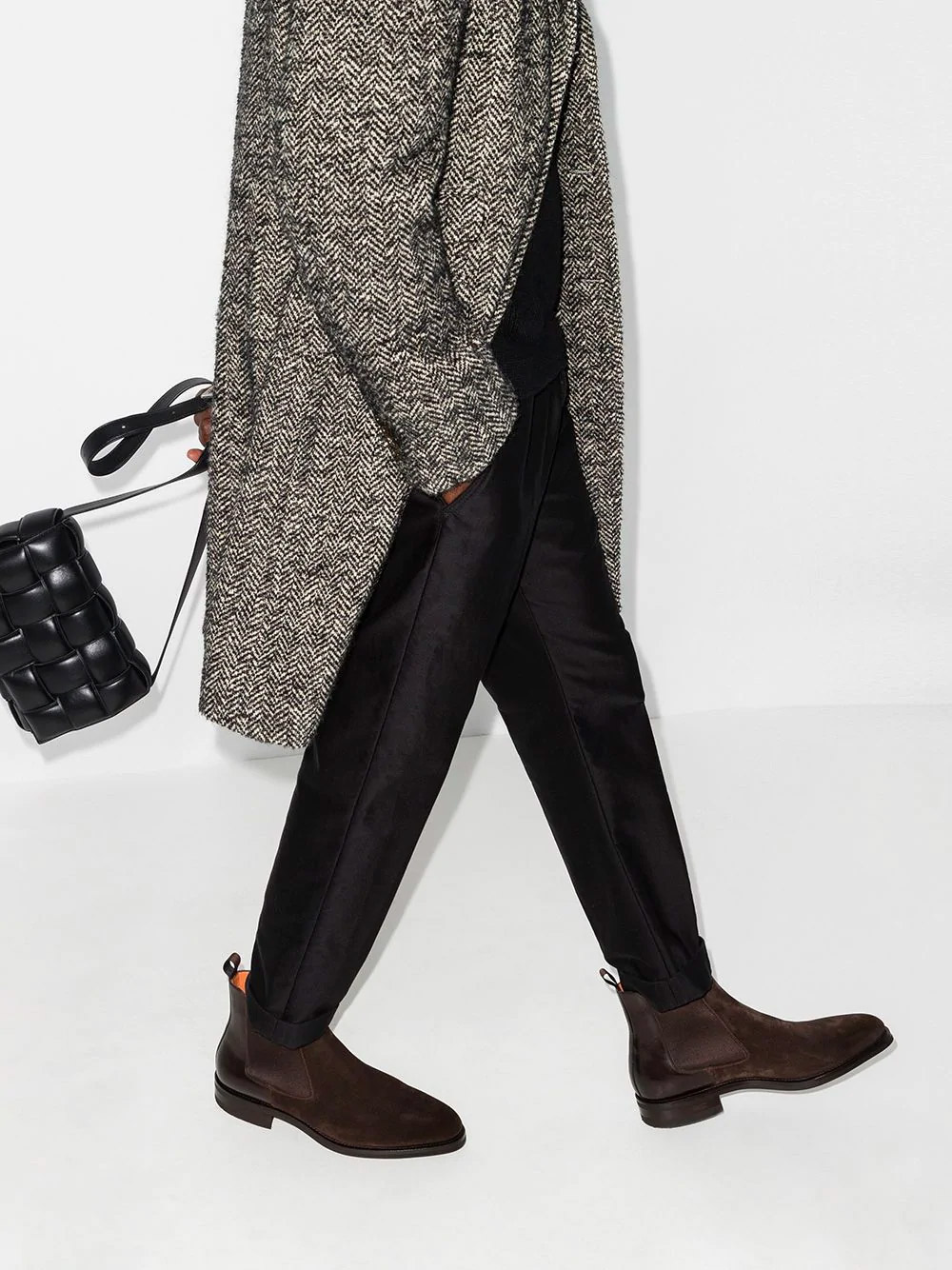 Looking to integrate Chelseas into your wardrobe? It helps to have context on how they’ve been worn in the past, as well as how modern makers have updated the classic boot for today’s tastes. We give you the low-down below.

Choosing what to wear each day should never be a traumatic experience. When it comes to waking up and hitting the ground running, lingering on your outfit is the last thing anyone needs. Your wardrobe should have variety without being overabundant. In order to maintain a cohesive look, there are many accessories we can adorn ourselves with, but the right pair of shoes is something no one should take for granted.

Contrary to what Little Orphan Annie had to say, you’re never fully dressed without a solid pair of shoes. Whether they are used for running, leisurely strolls through the park, or long hours standing at work, it’s important for your overall health for you to have a decent pair of shoes. Of course, no one wants to sacrifice their good looks for a comfortable shoe.

This is where the Chelsea boot becomes your new best friend. The Chelsea is a must-have for any closet, simply because it can go with almost any look and was designed for comfort. You won’t have to worry about changing between work and play, because they’re a standout boot that fits right in.

History of the Chelsea

The first Chelsea is said to have been invented specifically for Queen Victoria by her personal shoemaker, J. Sparkes-Hall. He made a shoe that the Queen could put on and take off with ease, utilizing Goodyear rubber for an elastic side to make them ankle-height. As it was intended to serve as a royal riding shoe, the design was naturally quite comfortable–a perfect fit for the paddock or daily walks throughout the palace.

Eventually, the boot gained popularity in the 1950’s and 60’s with its adoption by the mods and rockers of the day. The mod movement was centered in a small area of London called Chelsea, and as the subculture gained popularity so did the area itself. Chelsea thus became known for its hip, artsy flare.

The youth participating in the movements of the time found a common ground in wearing the elastic-sided ankle boot. It began to make its way onto the feet of legendary rock groups such as the Beatles, and the Who, and eventually made its way around the world. Even Han Solo can be seen sporting a pair of white Chelsea boots while donning a stormtrooper uniform.

And so, the boot fit for a Queen’s leisure transformed into a cultural icon–an everyman’s staple with edge.

Chelseas have come a long way from the simple riding boot of yore; it’s now one of fashion’s most quintessential accessories.

Sleek, sexy–it maintains just enough edge to add a subtle punky flare to any outfit. It is as timeless as the Beatles’ discography, enduring generations of changing trends.

Although variations exist, there’s a standard formula when it comes to Chelsea boots:

What to Consider When Making a Purchase

It isn’t feasible for everyone to make a trip to the local cobbler for their own pair of bespoke footwear, but that doesn’t mean you just go out and buy any old shoe. Shopping has turned into something we do while sitting down on the couch with our favorite sitcom streaming in the background. Once we know our size, we kind of just scroll and click our way through the stores. All the more reason to know what you’re getting yourself into.

Luckily with Chelsea boots there isn’t much to consider. The boot is so versatile its functionality is endless. If you want to buy for longevity, you might choose leather over suede. If you’re searching for something best suited for tough, outdoor exposure, consider a durable rubber outsole. Comfort and stability are also important, so look for boots that offer orthotic insoles.

The Skinny on Wearing Chelsea Boots

Back when they began gaining notoriety in the 60’s, it became obvious the silhouette of the boot flattered the straight legged style that was so popular at the time. The same is true today.

Skinny jeans, leggings, or cigarette-legged chinos are all enhanced by the addition of Chelsea boots. The boots can help elevate a simple t-shirt and jeans. So, go ahead and throw on an old band shirt and your favorite pair of jeans–you’ll step out in style and appear to have a well thought out look.

Suede offers a more textured appearance and makes a great fit for a casual vibe. Black is notorious for going well with any outfit, but to liven it up, burgundy, or blue might be more your taste. Make sure your pants aren’t too long, you’ll want them to sit where you can still see the elastic goring. Go crazy, it’s considered a flexible boot for a reason!

Even when you’re sitting in the office all day, a bad pair of shoes can take your focus away from your work. No one needs uncomfortable shoes in addition to an uncomfortable setting, god forbid you have to walk around in them.

If you’re looking for a boot that is as stylish as it is comfortable, then look no further. Chelseas pair nicely with a suit and tie, or a pair of slacks and button-up shirt. You won’t just look good, you’ll feel good. For a more refined look go with the leather options in either black or brown; this will appeal to your boss’s potentially strict dress code but also crossover into weekend wear.

When it comes to formalwear it is crucial to have well-fitting clothing. You’ll want to stand out, but not because your clothes are too big or too small. As far as footwear is concerned, the Chelsea can find its place in a formal setting, as long as you consider a few key factors.

You’ll want to try to avoid suede. The textured aspect of suede will clash with a streamlined suit or tux. Stick with leather, it will add an elegant touch to the rest of your ensemble. You’ll also want to avoid extremely vibrant colors. A formal setting is no place to show off your new baby blue boots. Instead opt for a sleek black boot.

Home on the Range

Traditionally, the Chelsea was envisioned as a riding boot. Its equestrian roots are partly why it became such a comfortable boot to begin with. Of course, variations of the classic boot have popped up here and there for over a century.

The Australian work boot, for example, is a rugged version of the Chelsea. It has all the standard features but brings the focus back to its intended use for riding or hard physical work.

In fact, there are quite a few boots on the market that employ a more robust take on the timeless style. They usually have a slip-resistant outsole and water-resistant upper. You can look your best while on the farm, on your feet all day at work, or hiking a trail.

For a classic look, choose a pair that boasts a pre-worn feel in a dark brown or russet, that way dust and dirt will be less noticeable. You’ll want to stick with a water-resistant leather to avoid fading.

You’ll find that the Chelsea is as easily obtainable as it is wearable with almost every manufacturer producing their own version of the boot. It’s an accessory that can accompany you through many of life’s arenas.

How do you wear your Chelsea boots?

However, it should be easy to add the Chelsea boot to your closet and it is worth doing so. This guide should help you to find your footing and make your early morning outfit hunt a lot less stressful.

Got any tips on how to wear the famous Chelsea boot? Share them with us below!