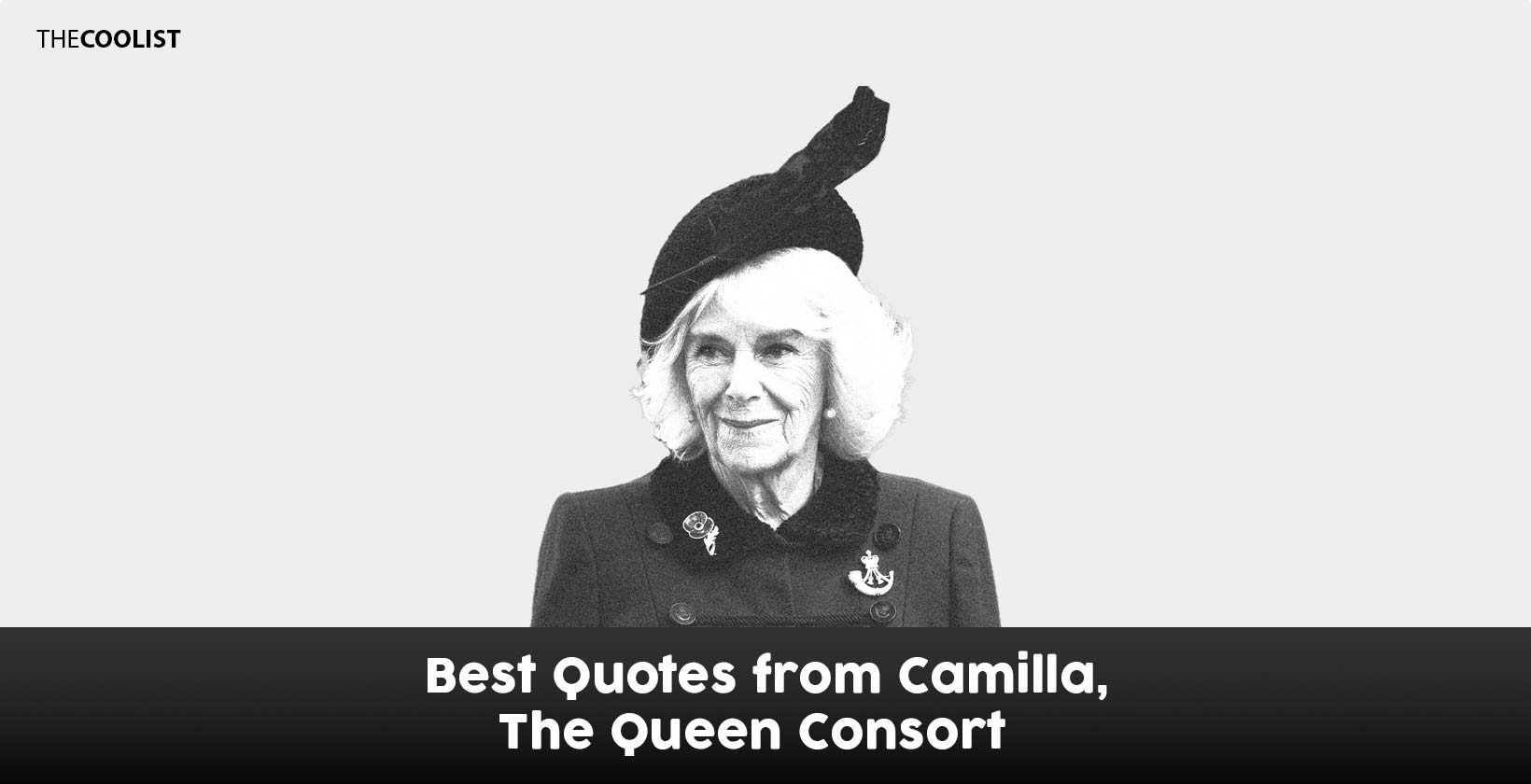 There are not too many quotes by Camilla, the Queen Consort, as she prefers to take a quiet role. However, now that her husband has ascended to the throne, she will find herself involved in more public engagements than ever before.

The nice thing is I really love people, and I am really curious about them.

The love story between King Charles and Camilla is well-documented. It took some time for everybody to come around to their relationship. Yet, before her death, Queen Elizabeth decreed that upon her passing, Camilla would become queen consort.

The following collection of Quotes by Camilla shows the calm and caring woman who was once vilified by the nation.

Below are the five best Camilla quotes. As the new queen consort, Camilla will take on a heavy title, yet she remains firmly rooted in reality.

1. Reading is exciting. Reading is fun. Reading is cool. There is nothing quite like the thrill of opening a book and being drawn into another world to meet new people and to discover their stories – it’s like making new friends

2. If you are a positive person, you can do so much more. People are either glass half empty or glass half full. You just have to get on with it, being British.

3. Other people’s lives are so much more interesting than one’s own. It’s like going to a dinner where I almost feel like I’m a psychiatrist

4. When I sit down with my team before an engagement, sometimes they are horrified as I say I don’t want to read the biographical brief because I prefer to prise information out of people. It becomes like a game. The stories that come out, I could write a book about.

5. Far too often, those living with abuse do feel there is no one to help. I have learned how vital it is to spread the word about the help that is available.

Camilla quotes about the Queen

The following five Camilla quotes about the Queen show the deep respect Camilla had for her mother-in-law.

6. She’s got those wonderful blue eyes that, when she smiles, they light up her whole face. I will always remember her smile. That smile is unforgettable,

7. Both he [Prince Philip] and Her Majesty have always been the very touchstone of what it truly means to ‘get on with the job’ and an inspiration to each one of us here to do the same, whatever our age.

8. [When asked about Queen Elizabeth and Prince Philip] Two of the most remarkable people in our country’s history.

9. It must have been so difficult for her being a solitary woman.

10. There weren’t women prime ministers or presidents. She was the only one, so I think she carved her own role.

The following five quotes by Camilla about King Charles show the deep love the couple share. Camilla makes Charles happy in a way nobody else ever has. Their love story is one that will be told for generations.

11. You know, when we go away, the nicest thing is that we actually sit and read our books in different corners of the same room. It’s very relaxing because you know you don’t have to make conversation. You just sit and be together.

12. My husband is not one for chilling.

13. We are on the plane on Thursday – perhaps we can have an early celebration, then, or celebrate on the aeroplane or something. But he’ll stick with his papers; I know he will while I am trying to sing “Happy Birthday.” I might just even have to hold up a sign saying, ‘Happy Birthday, Darling.’

14. My husband is a workaholic, so he will work wherever he is.

15. Sometimes, it’s like ships passing in the night, but we always sit down together and have a cup of tea and discuss the day.

Also read: Inspiring quotes from the Duchess of Sussex

There are no noted Camilla quotes about Diana. While there is no shortage of tabloid space dedicated to the relationship triangle between Prince Charles, Camilla, and Diana, Princess of Wales, Camilla has remained silent on the matter. She has spoken about her own feelings during that time, but has, out of respect for the family, declined to comment on Diana herself.

Below are five quotes about Camilla spoken by those who know her best. In the seventeen years since her marriage to Charles, the public’s opinion has swayed greatly.

16. You can imagine it is a real, real challenge. But she’s, I think, been brilliant in the way she’s tackled these things – King Charles III

17. I think Camilla is very much her own mistress these days. – Christopher Wilson

18. It is my sincere wish that, when that time comes, Camilla will be known as Queen Consort as she continues her own loyal service. – Queen Elizabeth II

19. It’s always marvelous to have somebody who, you know, you feel understands and wants to encourage. Although she certainly pokes fun if I get too serious about things. And all that helps. – King Charles III

20. I always thought Camilla was the perfect love match with Charles. – Princess Diana