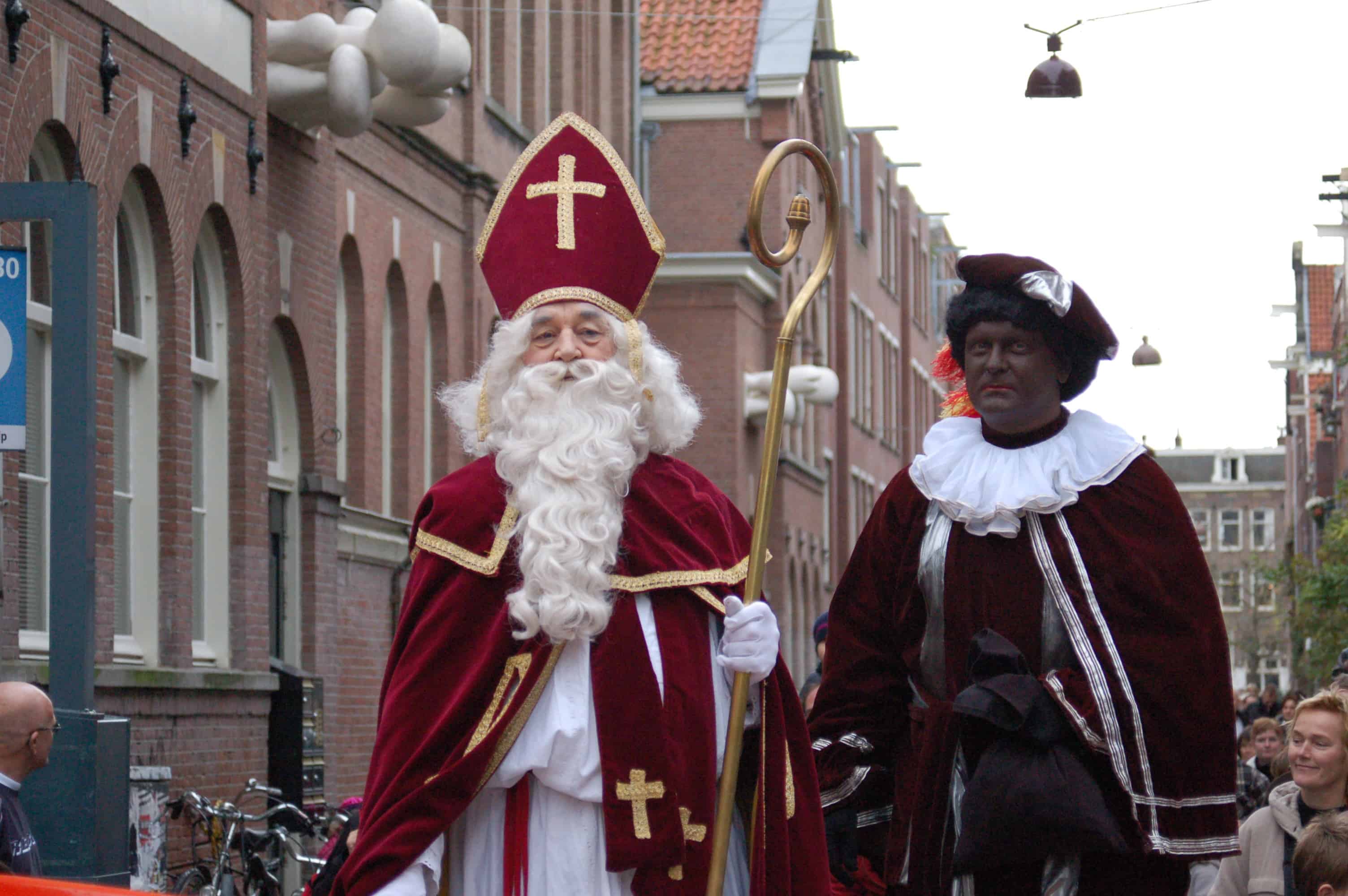 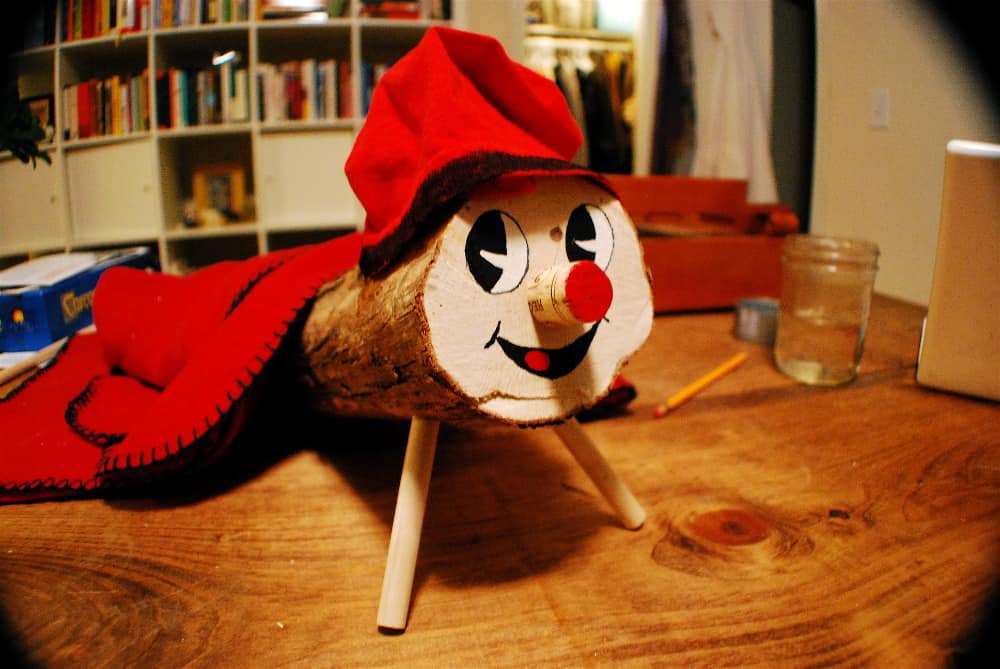 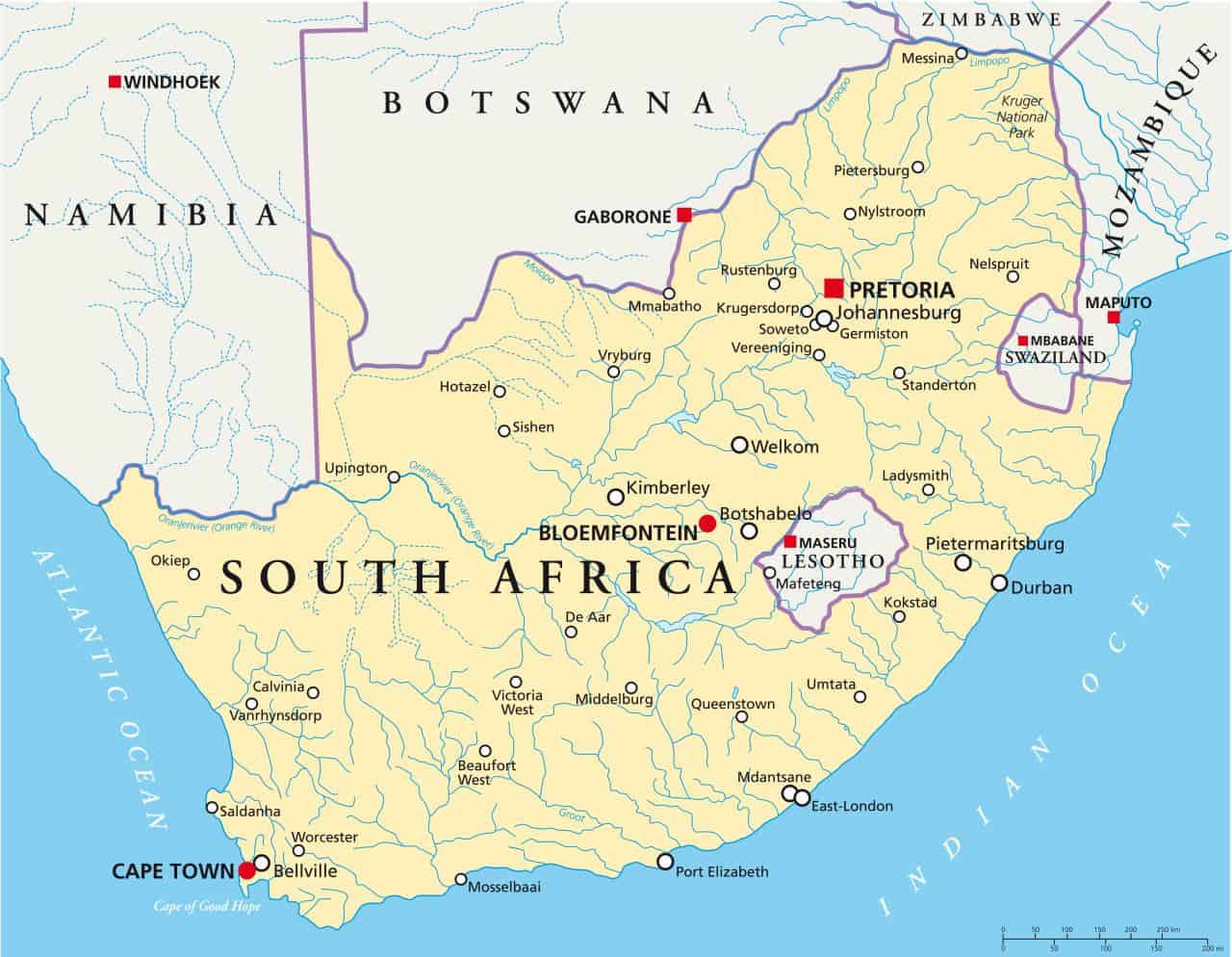 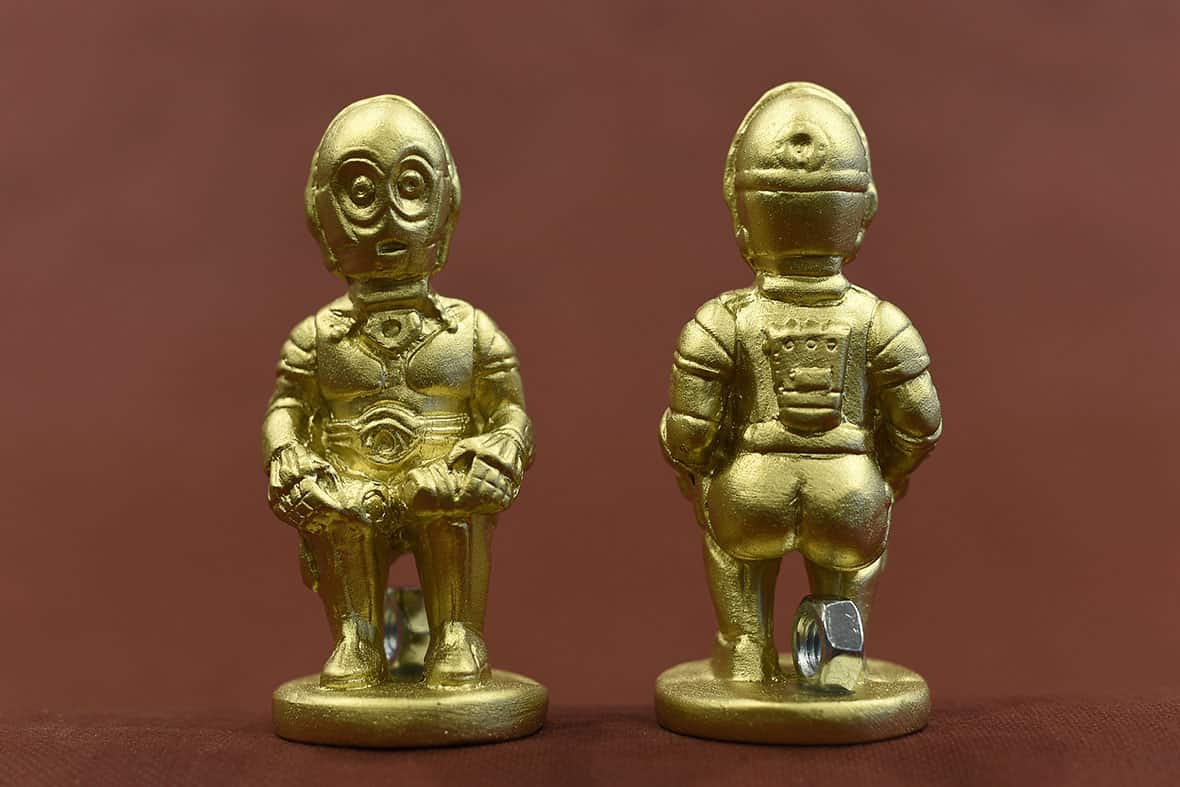 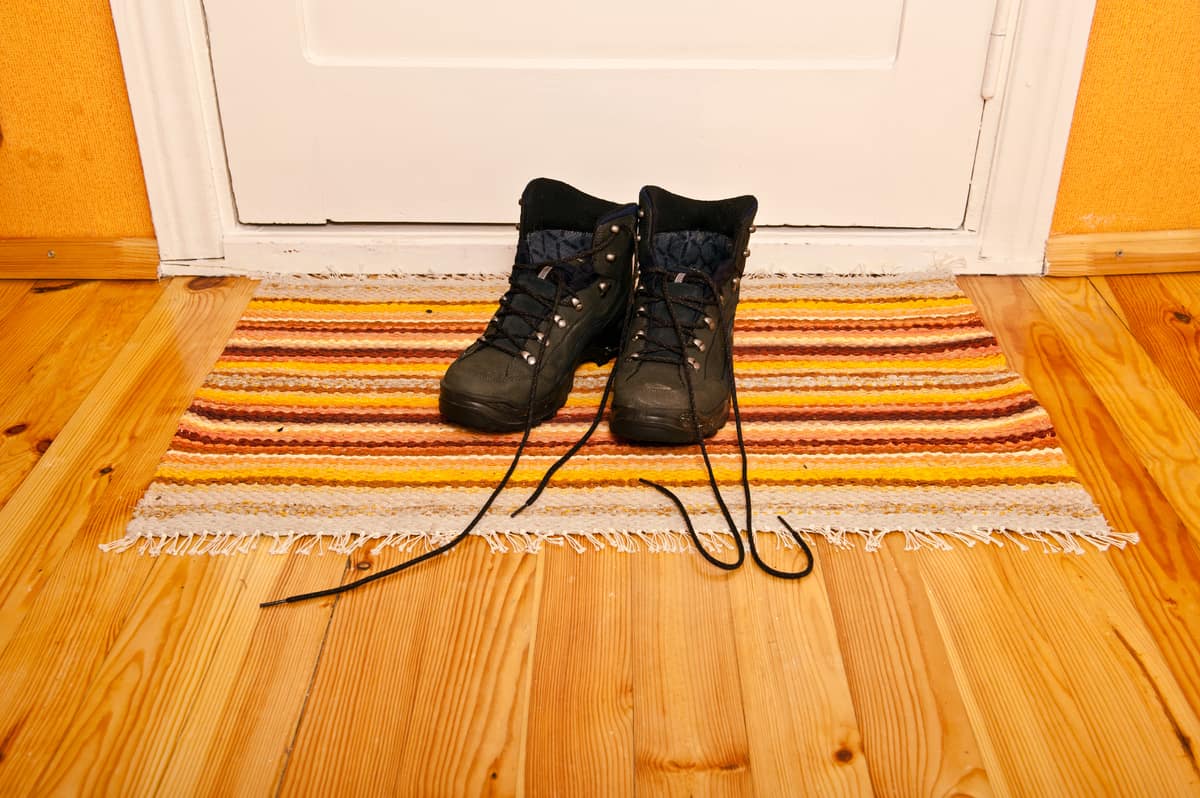 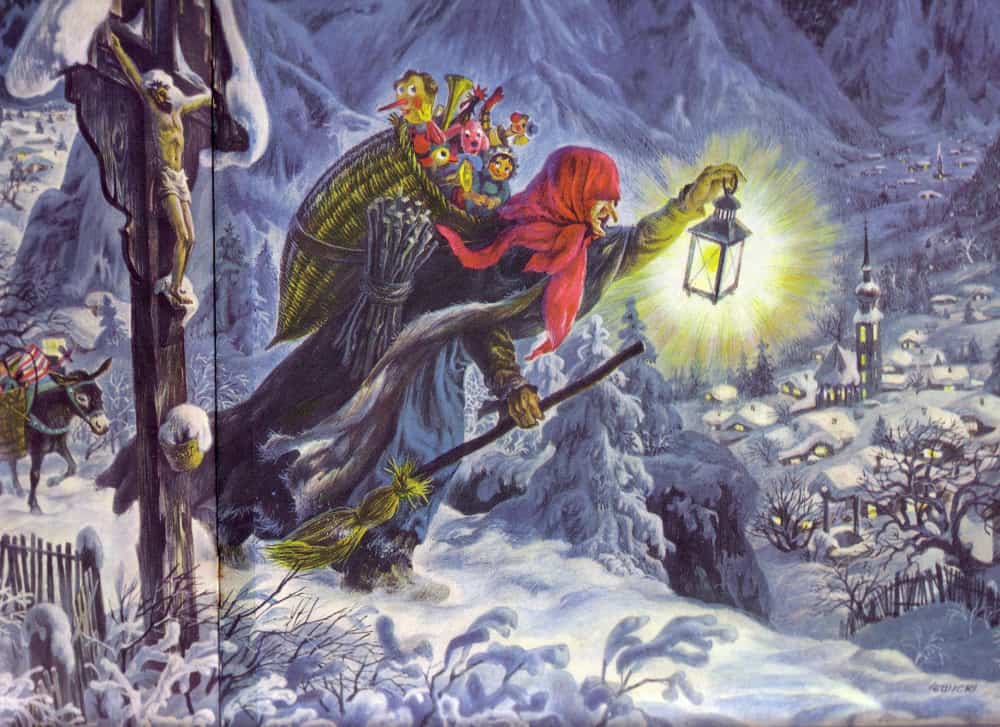 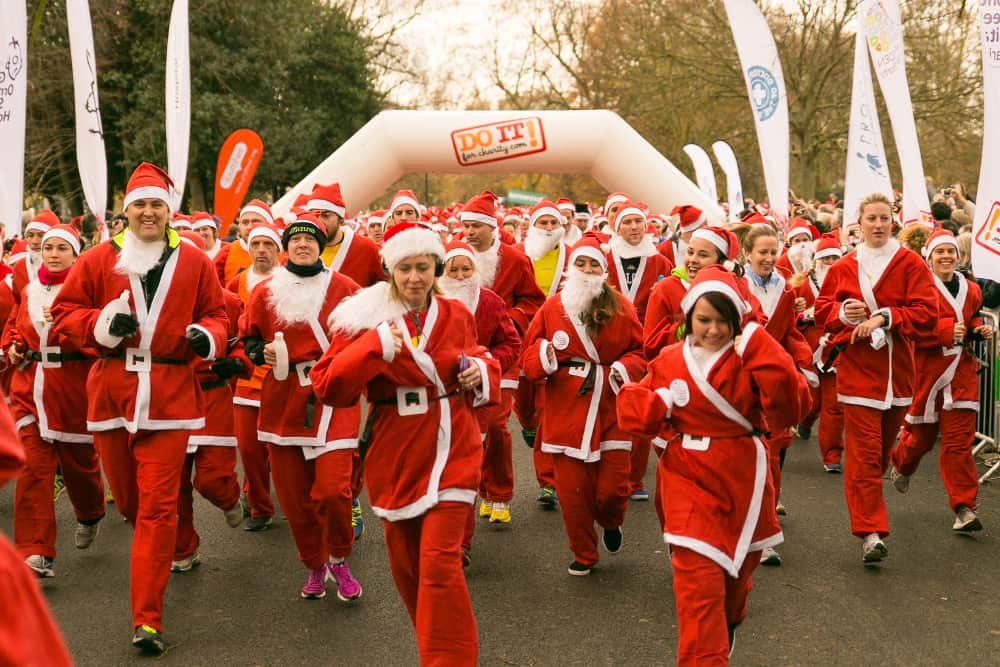 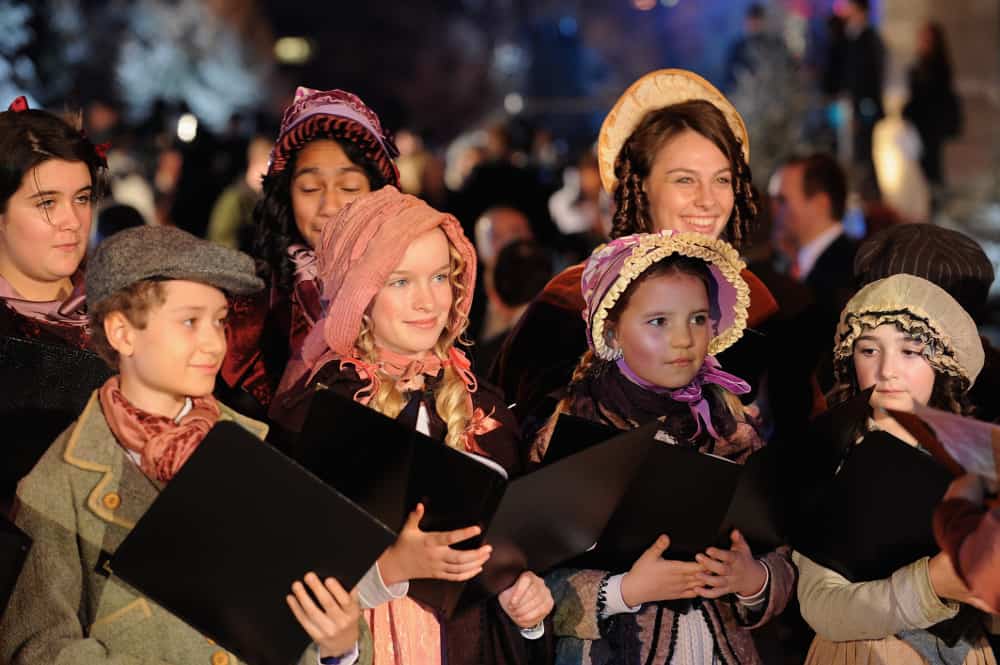 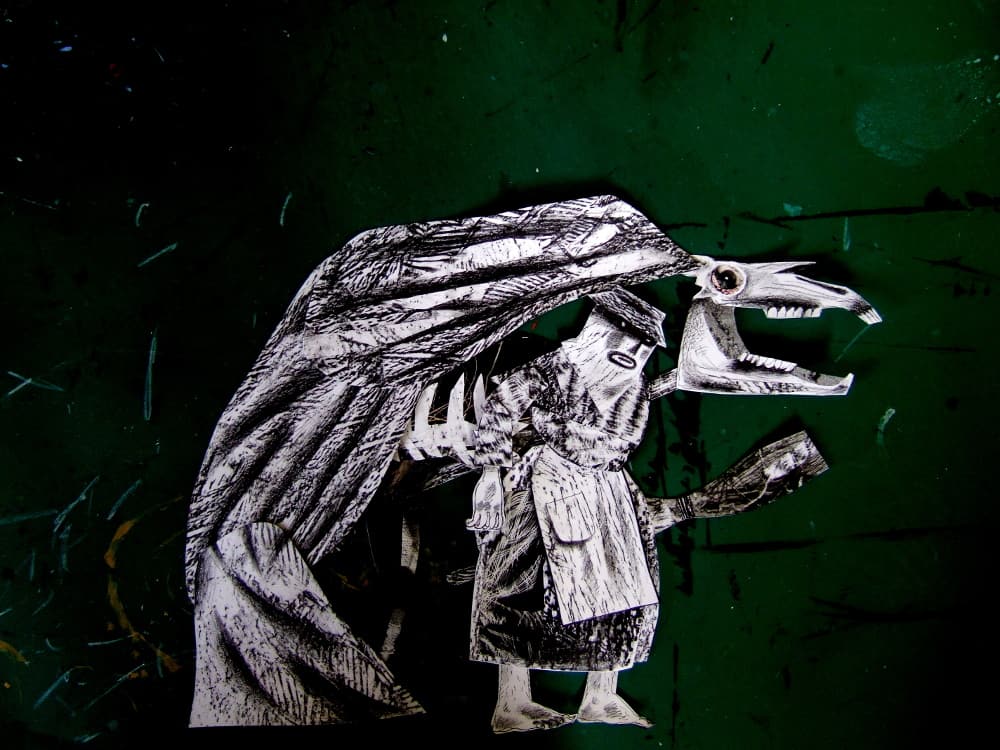 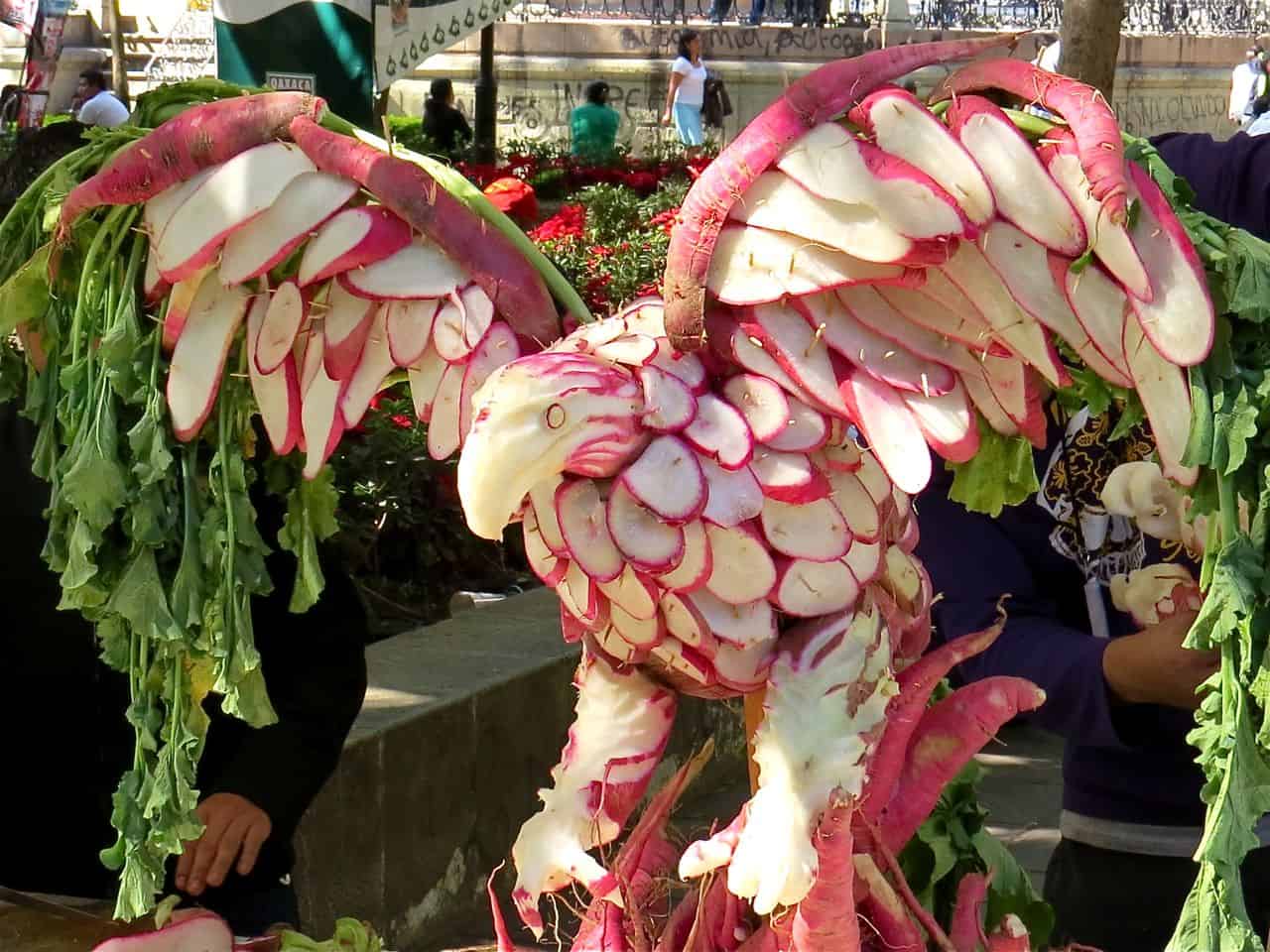 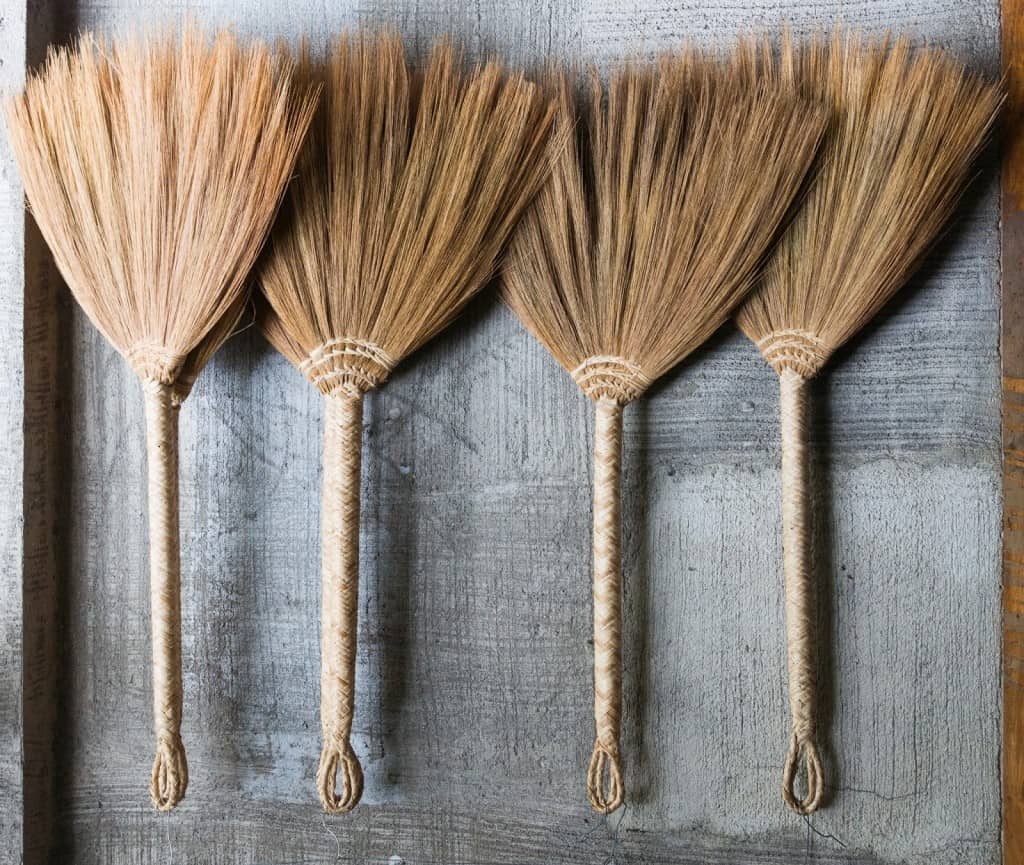 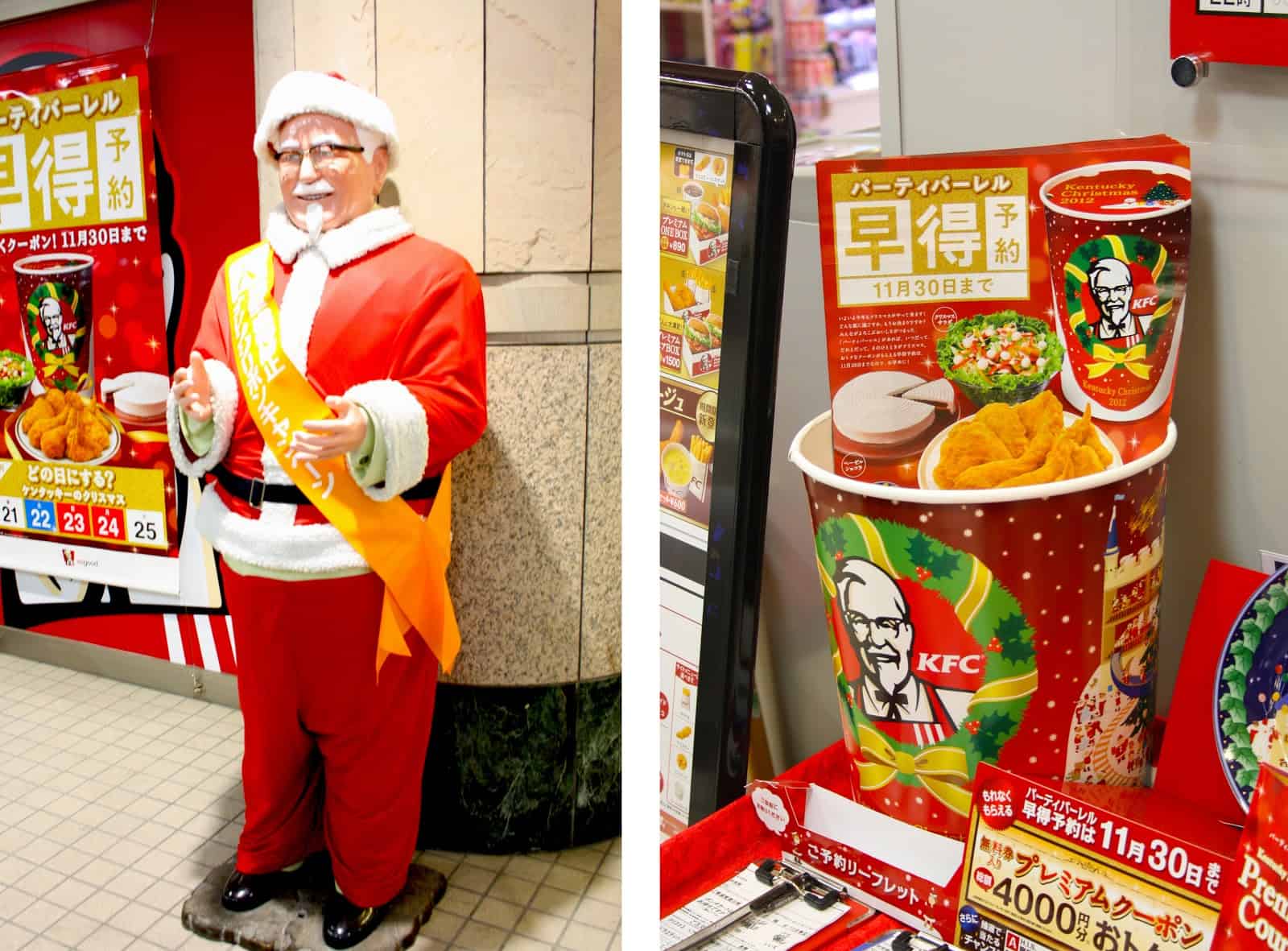 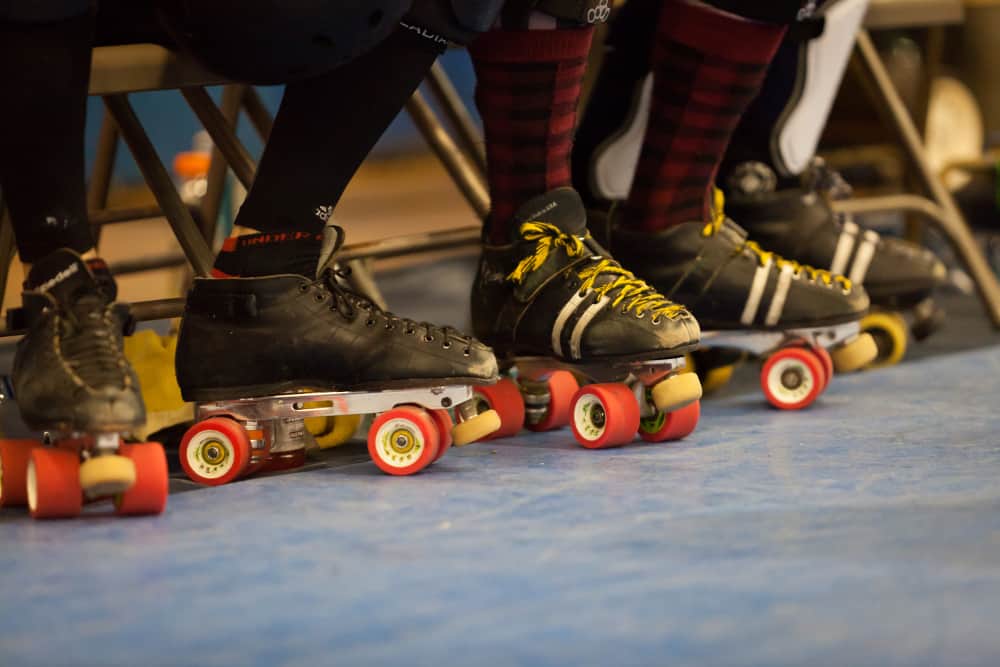 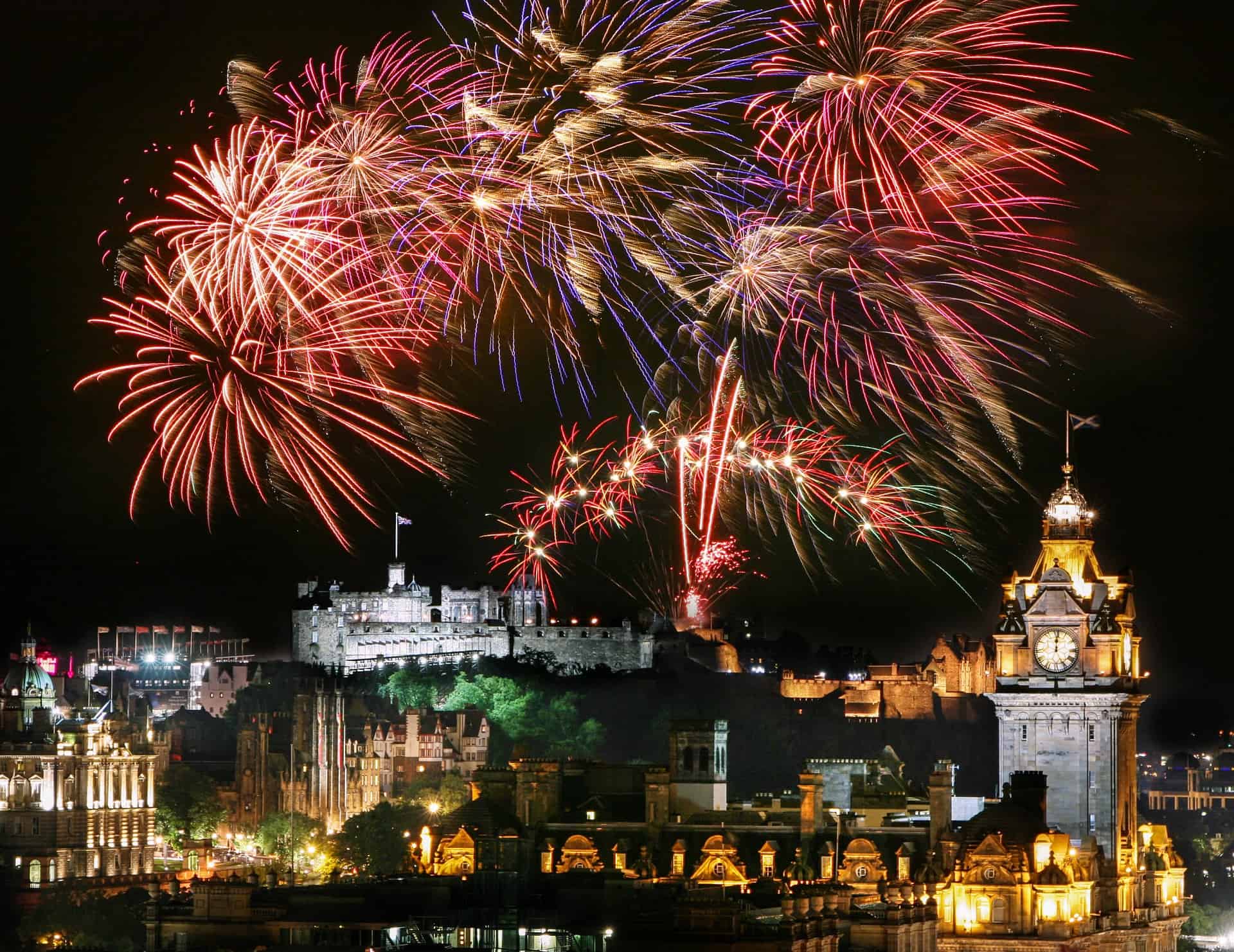 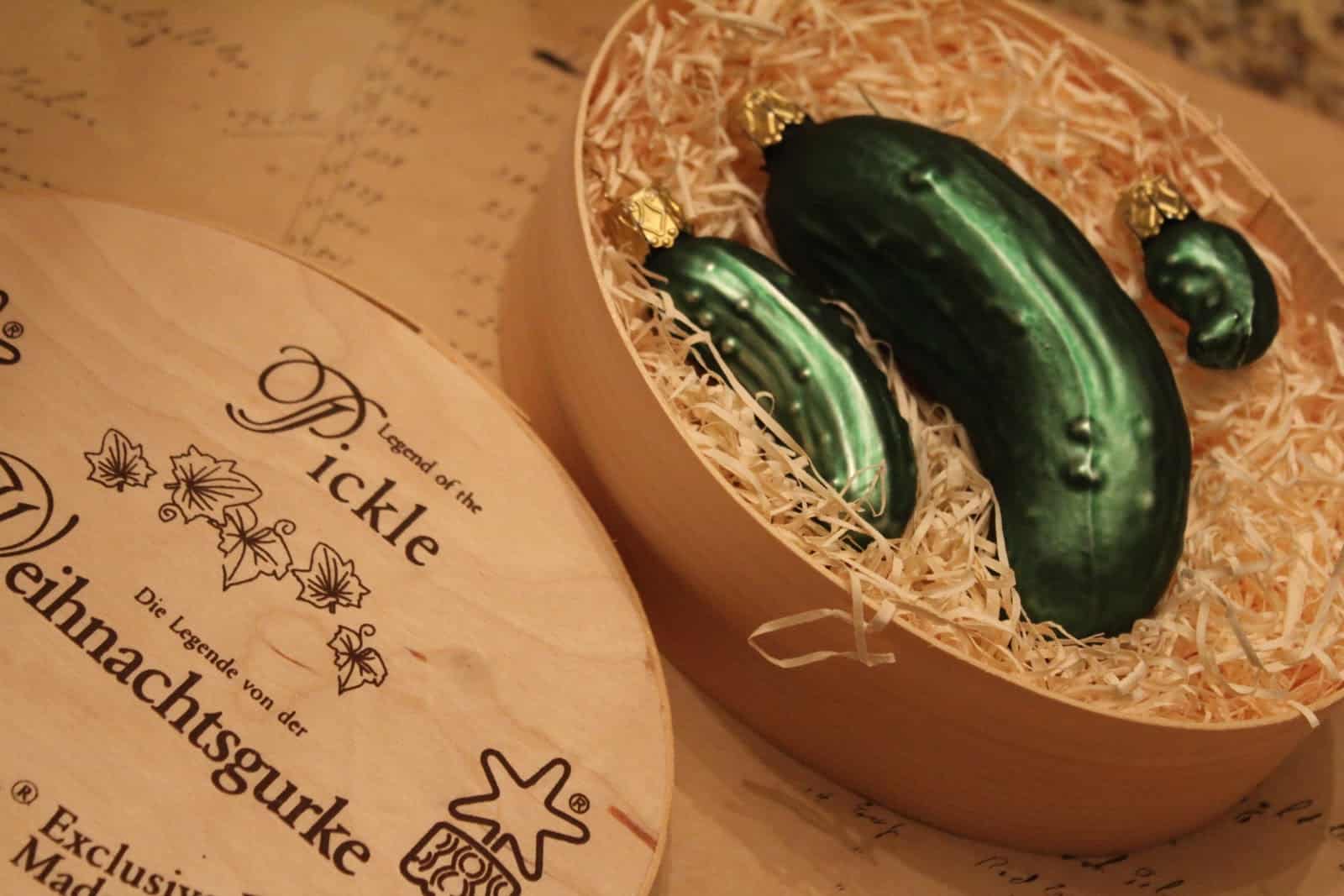 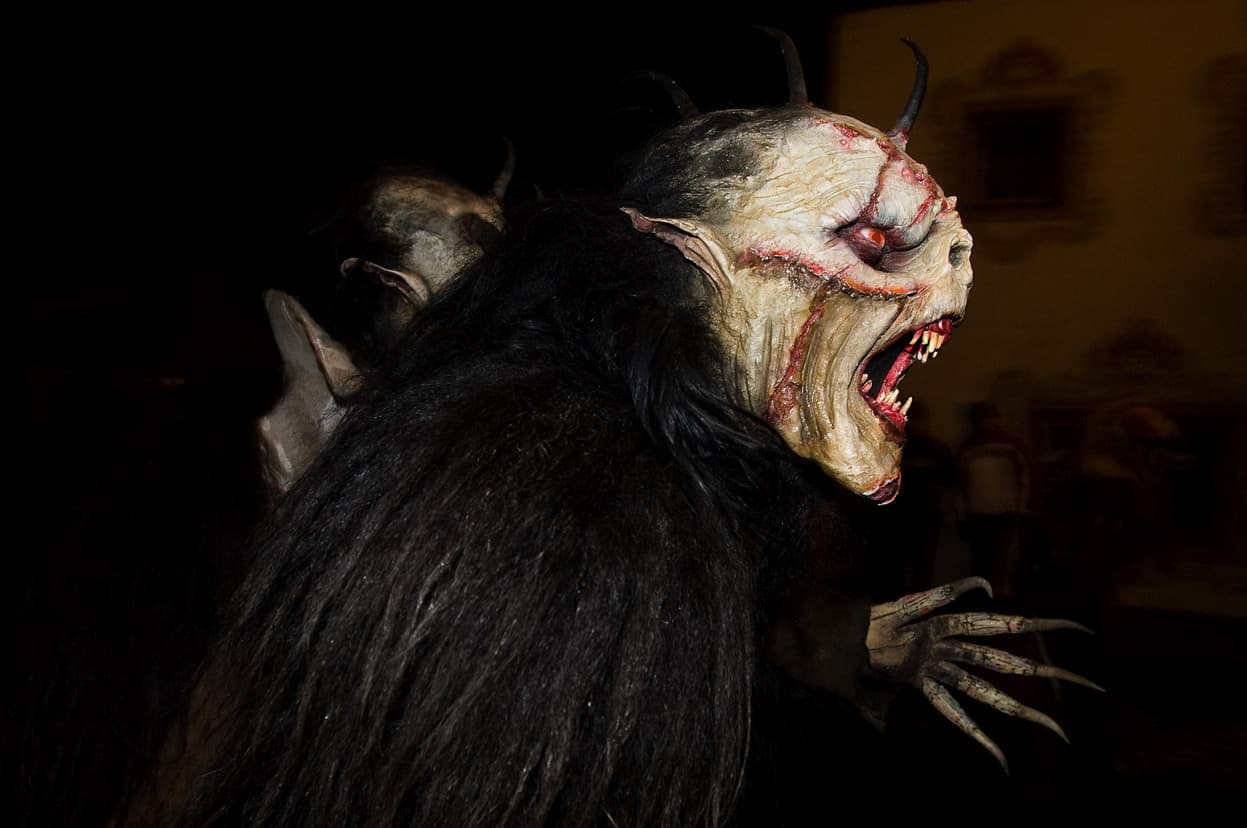 The two most polarizing seasons are winter and summer. They are also the times of year most laden with holiday celebrations. Part of the general symmetry of the world, and indicative of human psychology, that we would choose to celebrate most heavily during the most extreme climate periods, we throw an inordinate amount of time and energy on the so-called “holiday season.” Every culture, society, religion, tribe, cult, secret society, and family has some traditions that crop up, and there’s a throng of holidays – dead, alive, and otherwise – that anyone can choose to observe.

Among these droves of options, there’s more than the normal booze and party type of traditions that take place. Christmas is a prime example, as it requires the cutting down of a tree to be put inside and then dressed up. Though there’s nothing wrong with pimping out an arboritum, it’s hardly normal behavior. Yet, that is barely a footnote on the pages of history when it comes to eccentric practices that take place in the winter months. Here’s 17 strange holiday traditions from every time and place.

The Dutch have a Santa Clause character, named Sinterklaas, who is basically the western Santa Clause, those he has a few distinguishing traits. While this version does still bring gifts to the good girls and boys, he’s accompanied by a moorish sidekick (or, historically, a slave) named Zwarte Piet (Black Pete). Pete handles the dirty work of taking away naughty children to be punished by spending a year in Spain. While this actually sounds fairly nice, the Dutch formerly thought of Spain as similar to Hell. They’ve probably only been to Malaga.

Speaking of going to Spain, in Catalonia they have a tradition of making a happy little Christmas log who you give food to and he then produces gifts from his digestive system. These weird, dressed-up logs are sometimes put into the fire and beaten, they’re cared for with a blanket, and really, are just odd.

South Africa is an oddity in that it’s a mix of traditional African cultures and the English that so long oppressed and occupied the region. One of the best throwbacks is the tradition of tucking in to deep fried caterpillars from the Emperor Moth on Christmas day. Some see the caterpillars as a delicacy, while those who sometimes are forced to eat caterpillars to survive see the whole practice as pointless.

For some reason feces has made an odd showing around the world during the holiday time. The yule log supposedly defecates gifts, and in Catalan every nativity scene needs a little figure tucked into the background with his pants down, squatting. Like doing Julius Caesar with a modern figure in the role of Caesar, Caganers can be world leaders, icons, fictional characters, or anyone of note.

Since women are still treated as second-class citizens who rely on men , and thus spend much of their time dreaming about marriage, it’s common for young ladies to think about their potential husbands. Young ladies who would make brilliant physicists, leaders, writers, artists, and political hellcats are instead taught to turn their back to a door and throw a shoe at it. If the shoe lands with the toe toward the door, the woman will be wed within the year.

Instead of an obese man delivering gifts, La Befana is an Italian witch who brings candy and gifts to good children, and coal to bad ones. She’s forever covered in soot, since she uses the chimney as an entry point, and equal parts beloved and reviled by the people.

Precisely what the name implies, the Santa-Run is a gathering of people in the last part of November or early December for a 7K marathon. Most people dress up as jolly old Saint Nick, though they often eschew beards or fake guts to facilitate the running process. Generally done by people who are regular marathon runners, and held for the point of charity, this oddball has been turned into a force for good as much as a spectacle. Which is much better than a log.

It seems normal because it’s been going on since before there was a United States, but it’s actually quite mad. A group of people wander out into the snow to sing awkwardly at strangers who were trying to drink cider and maybe enjoy a little wintertime nookie. Worse, they pick songs everyone is sick of because they’ve been shopping for weeks in stores that pump out those inane carols day after day in an effort to induce suicide. Stop it!

Caroling alone is weird. Doing it with one person dressed up as a dead horse, complete with decorative horse skull is even stranger. That’s how the Welsh do it.

Night of the Radishes

Pumpkin carvers could stand to learn a thing or two from Mexico, where the state of Oaxaca presents intricate works done wholly with the use of radish and blade. Extensive, impressive sculptures from celebrated artists marks this tradition, and the creativity presented in the works is astounding.

Norway worries that during the holiday season, witches are likely to take their brooms. This follows logically as most studies show that broom theft by witches takes a notable leap during the winter months, and tends to center around periods of observance. To prevent the pilfering of their precious sweepers, Norwegians often hide their brooms during this time, begging the question: Why were they keeping their brooms in full view the rest of the year?

The translation here is basically “Kentucky for Christmas!” and hails from Japan. Only a single (1%) percentage of Japanese people celebrate Christmas, so it’s hardly a big deal in the land of the rising sun. What is important is that in 1974, KFC made a successful promotion in Japan promoting Christmas meals. This has grown with time, and now KFC outlets on the isle of Hello Kitty are swarmed during the holidays.

A vicious ball and stick game that’s like field hockey with more brutality, Ganna is the savage, competitive way that Ethopia likes to ring in the season. Wood and leather balls that can knock out players are used, the field has no regulation size, and the whole process is somehow linked to biblical shepherds who supposedly played this to pass the time. It’s also a parade where everyone attends mass carrying ornate parasols.

Caracas is a city in Venezuela where once a year, people rush to church in the early hours of the day. This isn’t unusual for a Catholic culture, but the fact they are doing it on roller skates is notable. Moreover, during the observance of this tradition, children are told to tie a string around their toe, then hang it out the window. As they skate by, churchgoers are to tug gently on the strings. You’re probably asking why, and that shows good critical thinking skills on your part.

Keeping in mind that Scotland gave us scotch and golf, therefore making it wonderful, it’s difficult to understand Hogmanay. It’s a celebration of the new year where neighbors and friends try to be the first to cross the threshold of the homes of people they care about, bearing gifts of good luck. In some towns, men set fire to balls of wire and flammable materials, then swing them around their head. Yep, it’s legal, and yep, people celebrate the last flaming ball swinger standing.

On Christmas eve in Germany, someone hides a pickle in the tree. The first child to find it on Christmas morning…look man, they get a pickle. They also get a small gift. Then everyone snickers at the name of game.

Recent films have introduced the Krampus myth far and wide, so there’s little else that needs to be said. An evil Anti-Clause type character, Krampus is the fiend that is looking to put naughty children in a sack.