Thanksgiving is always a rough time of year, with the holiday stress in full bloom as well as family, alcohol, and baggage on display. This year is especially tough with the upcoming downfall of the western world and the contentious results of the election. To help you enjoy your mashed potatoes and avoid open warfare over the pumpkin pie, we’ve delved deep into the realm of psychology to help you learn how to navigate the choppy waters of talking with your family during this time of turmoil and strife. With a simple mix of conversational tap-dancing, a little verbal judo, and some street smarts, you can turn your Thanksgiving into a fun family bonding event, rather than a remake of the Red Wedding. Here’s 12 tips and tricks to make your Turkey Day a happy one.

First and foremost, you need to be aware of your own reactions. If you’re hurt and angry about any particular topics, then the issue isn’t with other people, it’s with you. Be aware of your own attitudes and predilections so you don’t erupt at anyone who has different ideas from you. Managing your feelings is the first step to managing a quality conversation that doesn’t become toxic.

Make a pact with your family in advance for everyone to avoid hot-button topics. Be the voice of diplomacy and reason. Begin by saying that you aren’t going to touch anything you know might upset anyone, leading by example. Odds are good that no one really wants to start a brawl while there’s stuffing to be had. Getting an agreement from everyone in advance to leave the dangerous stuff alone and stick to personal matters is an ounce of prevention that keeps the body count down.

Hostage negotiators advise building a bond with people before trying to persuade them to do anything. That means hearing what they have to say, free of judgement or reaction. Allowing them to speak costs you nothing, and allows you to hear their point of view. “I see” and “That’s interesting” are far better responses than offering up your own arguments. A person who feels heard doesn’t need to belabor their point, and will pipe down much sooner than someone who feels defensive because their outlook is not being respected.

In addition to listening, make a point of learning the answers to questions you have about the perspective of others. Don’t assume you know what they are thinking. Talk about the future and how they see things working out. It never hurts to learn something. You can have opinions about their insanity later. During family time you don’t need to carve them up. You do not persuade by argument, you persuade by engaging in dialog and rational discussion.

Beware The Dark Side

This is a psychological fact that is often forgotten: Anger is a secondary emotion. It comes as a response to fear, pain, or frustration. As Yoda said in a Star Wars film that is otherwise best left forgotten: “Fear is the path to the dark side. Fear leads to anger. Anger leads to hate. Hate leads to suffering.” Right now, many people are feeling hurt and frightened, and they’re reacting in a human way: With anger. That doesn’t mean you need to meet that with more anger, which just feeds the fire.

Before you react to an inflammatory statement, consider why they’re saying or doing what they are. They have reasons, however boneheaded, and if you can see those, you’re halfway to finding a solution. Knowing why they’re saying or doing a particular thing allows you to more easily address their feelings, rather than their words or actions. “I understand you’re upset, and that’s tough. There’s nothing we can do about it.” or a similar statement of empathy is helpful for showing you get where they’re coming from.

People can all find something they agree upon, even if it’s being afraid that their nation is rotting from the inside out. By thinking about their motives you can relate them to your own experience. Or, alter the topic to something you do agree upon: At least you don’t live in Syria.

Acceptance is Not Agreement

Knowing that you can accept a point of view while not advocating it will help keep your powder dry. Think of anyone who disagrees with you as a small child who is confused. This will help you forgive their point of view as merely being ignorant, but still important to them. You hopefully wouldn’t berate a child for being a little off base, so don’t do it to your other, older, misguided relations.

“I understand but don’t agree.” is a statement of your position that doesn’t tell the other party they are wrong, but rather that you personally don’t agree. Then you can move over to how nice it is to live in a nation where people can disagree openly without fear of retribution. Everyone with an opinion can agree that’s a good thing. If that doesn’t work, patently change the subject.

Stage a Walk Out

This can be done two ways. If the discussion is getting heated or taking a path you don’t like, it’s time to end the charade and go elsewhere. Start doing dishes, go play with the kids, or load up your plate and eat in the other room if possible. Take a walk to burn some of those calories.

You can also take an angry (or perhaps drunk and belligerent) party out and away from others by getting them to go with you. Get them secluded and then let them vent, showing them understanding and compassion. They can get the vitriol out of their system, you merely have to listen, and then you can return to the table and dig into that damn pecan pie and die of heart disease like an American should.

If nothing else works, continually change the subject and engage the other people at the table who are uncomfortable, since they’re often the majority. Here’s a few simple suggestions for topics that are nice and neutral:

You’ve got food, family, and a warm place to be. Now shut up and eat. 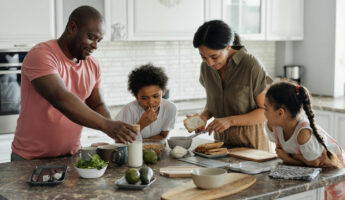 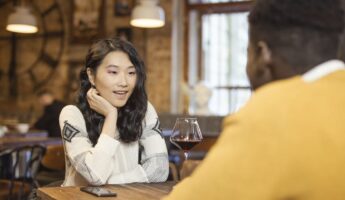 Life
120 Questions to Ask a Girl You Like – From Deep to Flirty, Personal to Funny

Photography
Photography Tips: How to Nail the Perfect Portrait

Accessories
“What Do I Want for Christmas?” 50 Last Minute Xmas Shopping Ideas (Winter 2022)

Kitchen
The 19 Kitchen Knives Types Every Home Needs
TheCoolist is supported by our readers. When you buy through links on our site, we may earn a commission. Learn more.
Let's connect
What’s Hot
Join TheCoolist
100% free, unsubscribe anytime.