Up Quotes: 54 Inspiring Quotes for Your Next Big Adventure

of 5
Does this Film Sound Boring To You
Send Us a Postcard from Paradise Falls - via Disney Fandom
A House is Just a House, People Make it a Home
So Long Boys, I'm off on an Adventure - via IMDB
Which Dog Voice Sounds Funny - via Pixar
Up Quotes: 54 Inspiring Quotes for Your Next Big Adventure
Buy Now 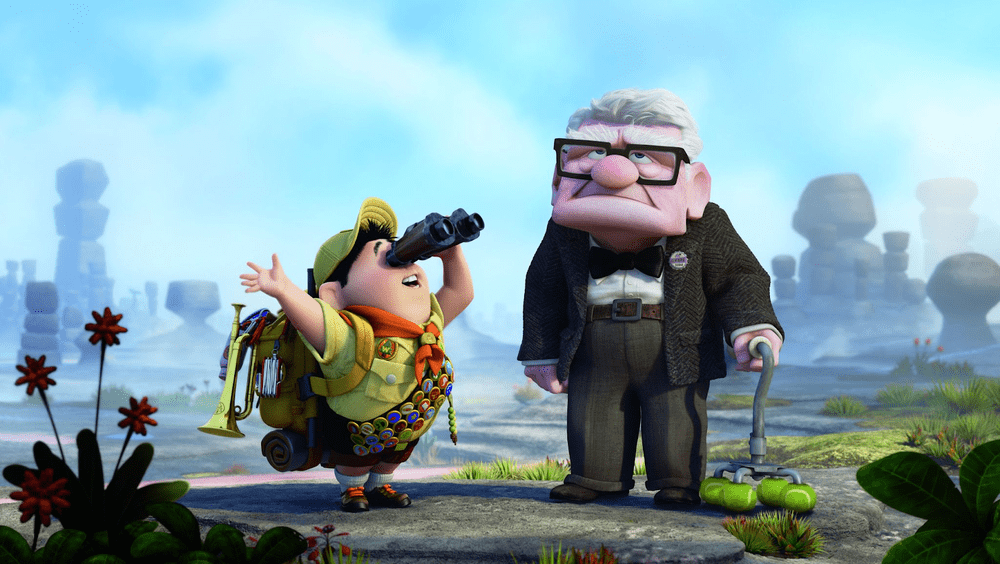 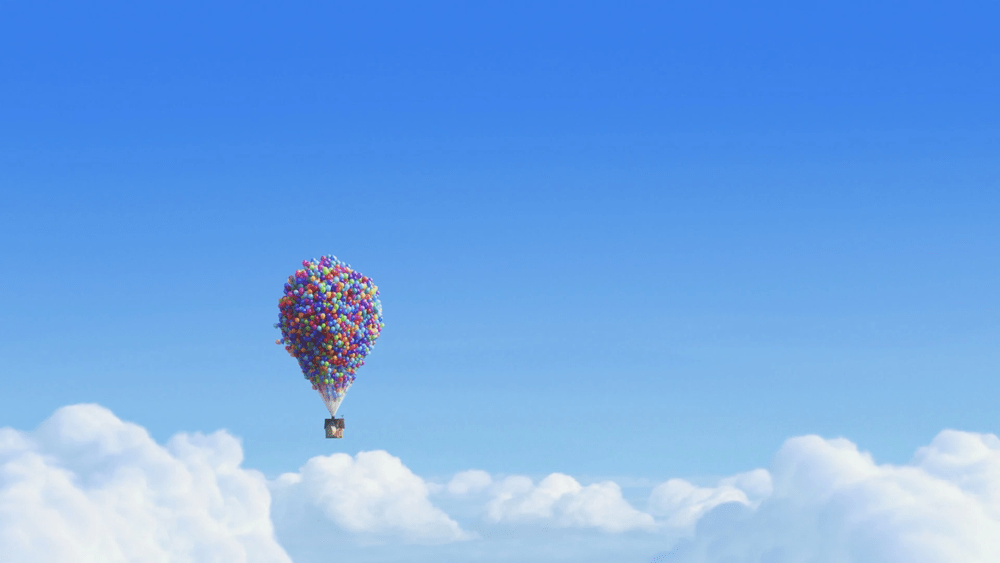 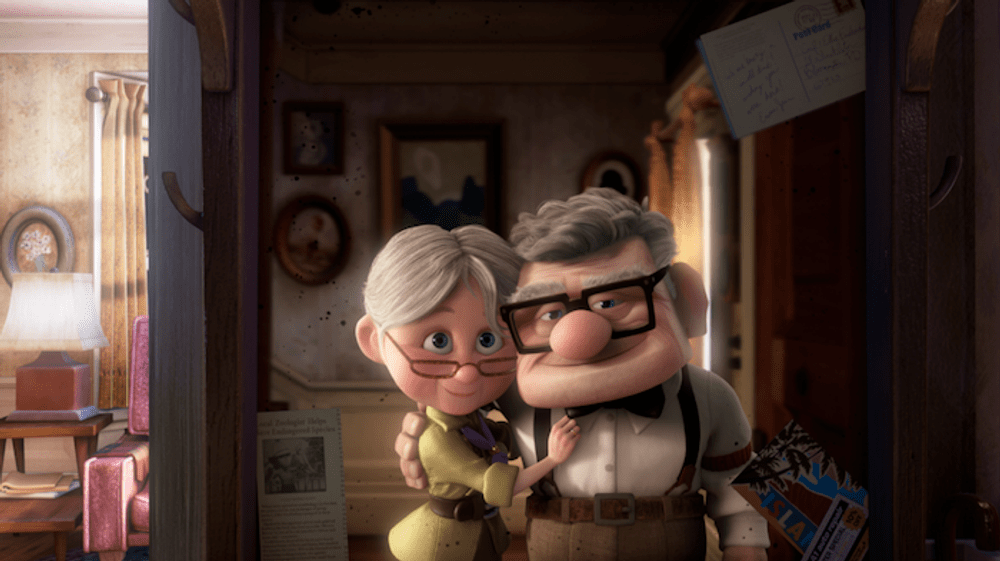 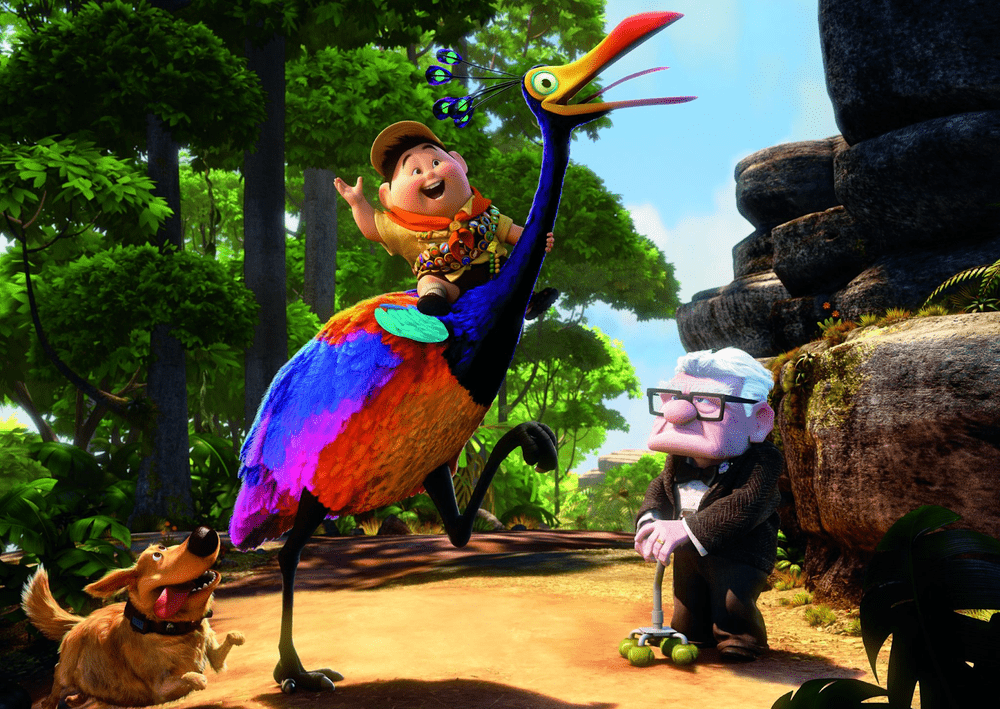 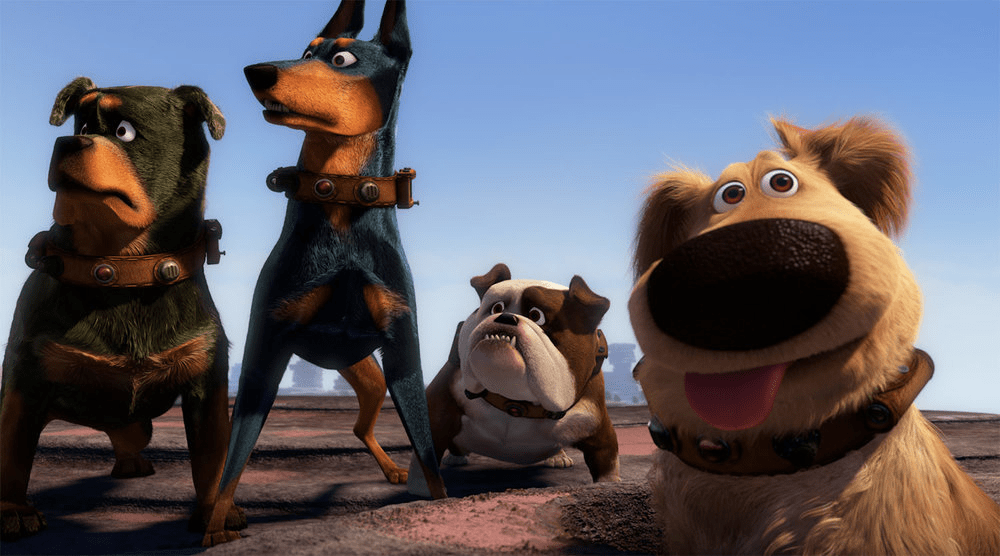 A flying house, a talking dog, and an opening sequence that’s guaranteed to make you cry —Up is one of Disney’s most beloved 3D animated films. We’ve decided to revisit this enchanting tale by creating a list of iconic and inspiring Up quotes.

Unlike other Disney movies, Up opens with a bittersweet portrait of life.

Carl Fredricksen and Ellie are two budding adventurers who want to follow in the footsteps of their childhood hero, the disgraced explorer Charles Muntz.

Despite their big dreams, what follows is a montage that still manages to make us cry today. Carl and Ellie marry, build a house, and grow old together, never once going on an adventure to South America.

Eventually, Ellie passes away and Carl Fredricksen is left alone. He becomes a grumpy, lonely old man as his neighborhood turns into skyscrapers and apartment blocks. He later meets (and promptly rebuffs) Russell, a boy scout seeking his Assisting the Elderly badge.

They become an odd duo when Carl decides to fulfill his promise to his late wife and see Paradise Falls. He inflates balloons (20,622 to be exact!) and flies his house to South America, unknowingly bringing along Russell. What unfolds is a touching story about love, adventure, and grief.

Although it’s been over a decade since its release, there’s still a lot we can learn from this Pixar classic. Since one of its themes is about chasing dreams, we’ve decided to create a list of the best Up movie quotes to inspire the adventurer inside all of us!

(If you’re on a Disney nostalgia kick by the end of this, you can also check out our favorite Hocus Pocus quotes and our ranking of the best High School Musical songs!)

10 Greatest Adventure Quotes from Up

Up may have all traditional Pixar fixings, but what sets it apart from other films is its unconventional take on the adventure genre.

As dangers unfold in an exotic wonderland, Up stitches an unlikely trio together: A crotchety old man, a boy scout who needs a role model, and a loveable talking dog (who recently got his own short series).

The three couldn’t be further from Indiana Jones, yet together, they beat the odds.

Let’s look back on the film’s greatest moments with our favorite Up quotes:

1. “Adventure is out there!” – Charles Muntz’s famous tagline

2. “Don’t you know this is an exclusive club? Only explorers get in here. Not just any kid off the street with a helmet and a pair of goggles. Do you think you got what it takes? Well, do you?” – Young Ellie when she first meets Carl Fredricksen, her future husband

3. “Paradise Falls, a land lost in time. I ripped this right out of a library book. I’m gonna move my clubhouse there, and park it right next to the falls. Who knows what lives up there?” – Ellie on her lifelong dream, the driving force for Carl’s actions in the film

4. “A Wilderness Explorer is a friend to all, be it a plant or fish or tiny mole!” – Russell

5. “I can’t do it” – Russell before climbing a dangerous rope, proving that he can

6. “You know Carl, these people who come here, they all tell pretty good stories. A surveyor making a map, a botanist cataloging plants, an old man taking his house to Paradise Falls. And that’s the best one yet. I can’t wait to hear how it ends.” – Charles Muntz

7. “The wilderness must be explored! CA, CA! RAWRR.” – Russell showing off his call sign as a Wilderness Explorer scout

8. “Imagine all the wonderful things that will never happen if you do not let them.” – Ellie

9. “You and me, we are in a club now. I saw where your balloon went. Come on, let’s go get it.” – Ellie to Carl Fredricksen right before they set off on their greatest adventure together (marriage)

10. “Thanks for the adventure—now go have a new one!” – Ellie in her final message to her husband

10 of the Most Romantic Up Quotes

Throughout the film, we never doubt Carl Fredricksen’s dedication to his wife. It’s her passing that pushes him to fulfill their dream and find Paradise Falls just as Charles Muntz did. It’s also this same devotion to Elli that encourages Carl to let go of his grief and forge new bonds with Russell and Dug.

Up expertly removes all cliches about true love. By telling an unlikely story about grief, Up reminds viewers that the greatest adventure we can go on is with the people we love the most.

In case you need a little reminder, here are a few movie quotes from Up that prove true love is real:

11. “Hi There! My name is Doug. I have just met you, and I love you.” – Dug when he first encounters Carl and Russell

13. “That might sound boring, but I think the boring stuff is the stuff I remember the most.” – Russell missing his absent father

16. “You know, you don’t talk very much… I like you!” – Young Ellie to Carl before they become friends

19. “But he promised he’d come to my Explorer ceremony to pin on my Assisting the Elderly badge.” – Russell about his father

20. “It’s just a house.” – Carl after letting go of his grief and defeating Charles Muntz

21. “You will always be my greatest adventure.” – Carl Fredricksen

22. “Russell, for assisting the elderly, and for performing above and beyond the call of duty, I would like to award you the highest honor I can bestow: The Ellie Badge.” – Carl Fredricksen  expressing his gratitude to Russel for everything he’s done

17 Utterly Hilarious Quotes from Up

Now that its target audience has grown up, the comedic timing of Ed Asner and Christopher Plummer (who voiced Carl Fredricksen and Charles Muntz, respectively) is more pungent.

Meanwhile, Dug and the other talking dogs (Alpha, Beta, and Gemma) deliver just the right amount of dopey humor to balance out the film’s more serious moments. And yes, Alpha’s high-pitched voice is still funny.

Overall, Up’s humor hits the funny bone for both kid and adult viewers (much like The Grinch still does for us.)

Here’s a list of our favorite gags, one-liners, and stupidest jokes from Up:

23. “Oh, we’re in South America, all right. It was a cinch with my Wilderness Explorer GPS.” – Russell

25. “My dad gave it to me; it shows exactly where we are on the planet!  With this baby, we’ll never be lost!” – Russell seconds before losing the GPS

26. “I love you and… SQUIRREL!” – Dug after meeting Carl and Russell

27. “Oh! Mr. Fredricksen! If we happen to get separated, use the Wilderness Explorer call: CA – CA! RAWRRR!” – Russell

28. “You, in the suit… Yes, you! Take a bath, hippie!” – Carl Fredricksen yelling at construction foreman Tom

29. “I do not like the cone of shame.” – Dug after being reprimanded

32. “There are no tigers in South America. Zoology.” – Russell

33. “I finally meet my childhood hero and he’s trying to kill us. What a joke.” – Carl Fredricksen  after discovering the true intentions of his hero Charles Muntz

34. “Hey, I know a joke! A squirrel walks up to a tree and says, ‘I forgot to store acorns for the winter and now I am dead.’ Ha! It is funny because the squirrel gets dead!” – Dug

37. “You know, most people take a plane, but you’re smart because you’ll have all your TV and clocks and stuff.” – Russell

40. “Now, we’re gonna walk to the falls quickly and quietly with no rap music or flash dancing.” – Carl Fredricksen

While young Ellie and Carl Fredricksen are undoubtedly Disney’s most adorable couple, the film’s other characters up the cute factor by eleven.

Every goofy scene with Dug proves why dogs are man’s best friends. Meanwhile, Kevin and Russell’s dynamic is odd but sweet. And let’s not forget just about every one of Carl’s tender moments with his wife.

Check out this list of Up quotes guaranteed to make you go “aww!”:

47. “I’ll unleash all my Wilderness Explorer training.” – Russell eager to start their adventure

49. “The wilderness isn’t quite what I expected… It’s wild!” – Russell after arriving in Paradise Falls with Carl

51. “I’ll meet you at the van in just a minute. I, uh, wanna say one last goodbye to the old place.” – Carl Fredricksen parting with his wife’s memory

52. “I found the snipe, and I followed it under your porch, but this snipe had a long tail and looked more like a large mouse.” – Dug

Final Thoughts on the Best Up Movie Quotes

Up holds a special place in the hearts of many fans—and for good reason.

Whether it’s by telling us to cherish the “boring stuff” as Rusell puts it—or reminding us there’s always time to chase our dreams as Carl Fredricksen did, Up is the kind of movie everyone can connect with.

What’s your favorite Up quote? Let us know in the comments!