75 Motivational Baseball Quotes to Keep Your Eye on the Ball 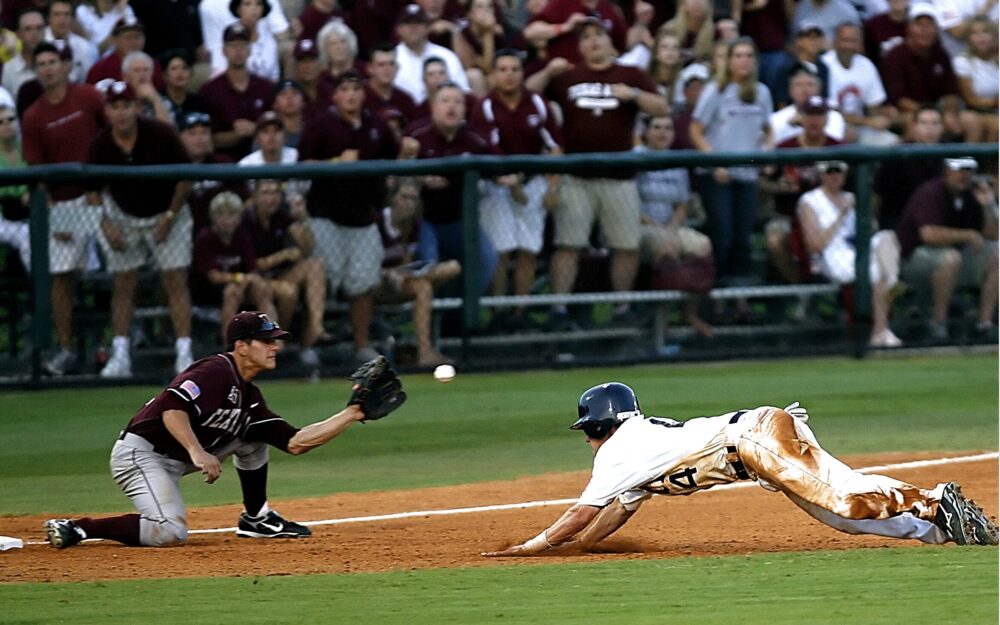 In search of the best baseball quotes to inspire and motivate you? Gain insight on what it means to strive, to push yourself, and win with these 75 baseball sayings and player quotes from America’s pastime.

Baseball is the oldest of the classic Big Four American sports and has produced many epic moments throughout its history. Epic moments driven by rousing words from inspirational men and women and defined by those that heard them. In this article, we will look at some of the most iconic and motivational baseball quotes that can be called upon during those tough times life throws our way.

Baseball is the quintessential picture of American life. Moreso than football, basketball, or anything else you could name. It has endured the test of time, and it has adapted as society has grown and changed. Yet, at its heart, baseball remains one of the most definitive American pastimes. At its roots, baseball is just a game. However, in truth, it is something that runs much deeper. It is in itself motivation in real form. It’s passion, dedication, and sacrifice. The embodiment of all that is, was, and could one day be. The thrill of the chase, the highs of victory, and the shared despair of defeat. It’s really no wonder there are so many great baseball quotes out there.

The Most Inspirational Baseball Quotes Ever Heard 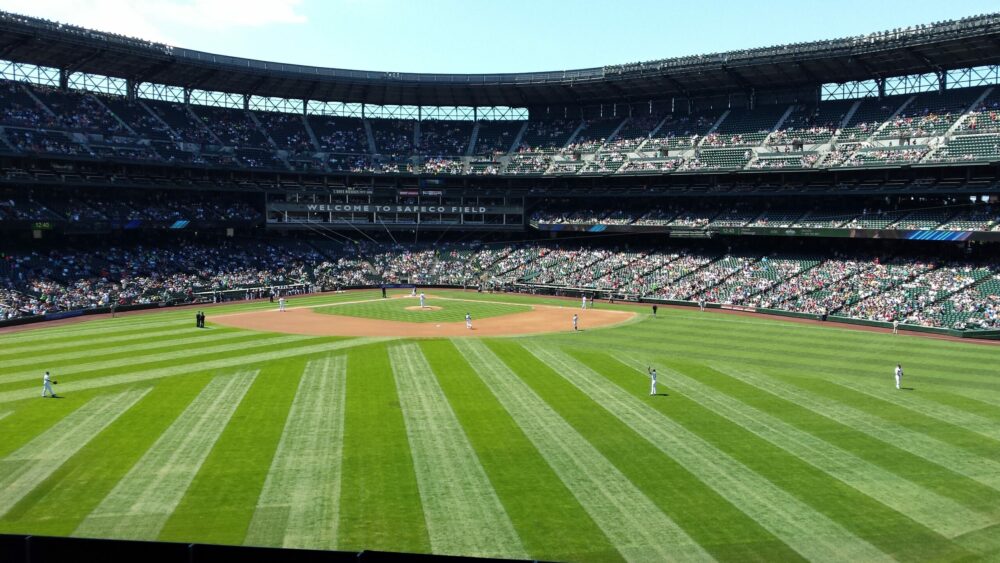 Sometimes, when the chips are down, all it takes is a few words spoken with the right intent to turn things around. Even the darkest of times can be illuminated with a short phrase or quip designed to motive and inspire. The following baseball quotes are there to do just that. They may not all be the raging drill instructor demanding you push yourself harder and harder, but they all have the same intent behind them—perseverance and belief in your own abilities.

“A winner is somebody who goes out there every day and exhausts himself trying to get something accomplished.”

These words have been spoken by some of the greatest players to ever take to the field. Likewise, these baseball quotes are some of the finest ever uttered, and hopefully, they will provide you with the push needed to help overcome whatever obstacle stands in your way.

The Best Baseball Quotes for Kids 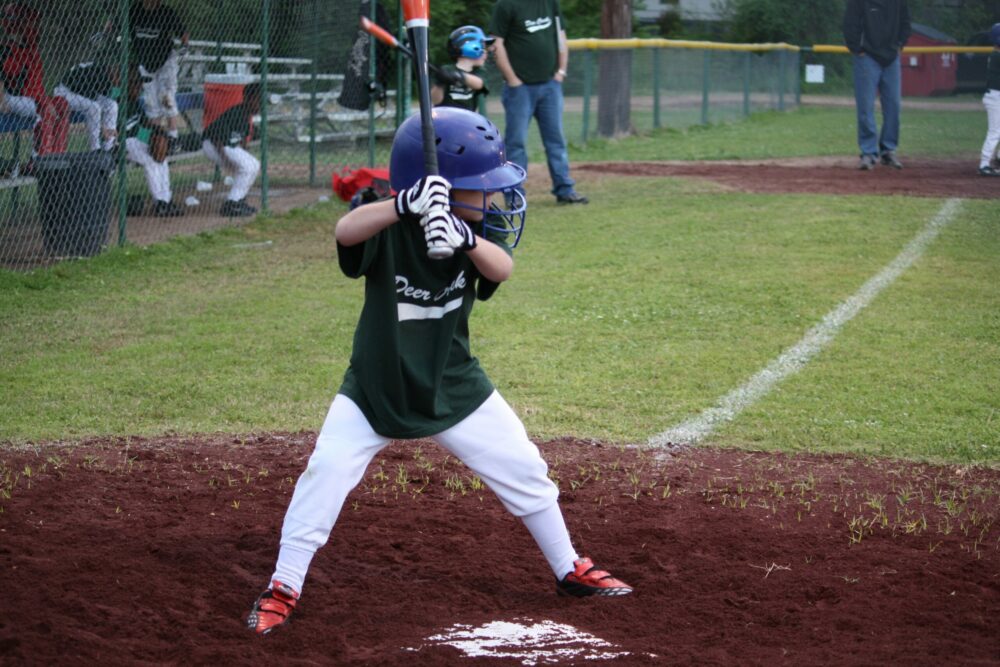 As adults, we often turn to motivational baseball quotes because we are in a rut or struggling with something and need a lift. We are in search of a boost to help us turn things around. However, baseball quotes are also great for kids. Those who do not know about the struggle of adulthood but can nonetheless benefit from rousing words designed to steel conviction and teach the value of solid work ethic and dedication to the dream.

“Baseball gives a growing boy self-poise and self-reliance. Baseball is a man maker.”

All of the following thirteen baseball quotes come from those who have climbed through the professional ranks, reaching the pinnacle of the sport. However, it doesn’t matter to which scenario you apply these quotes. The simple message we hope to give to our kids remains steadfast: Never give up, never surrender, and always swing with everything you’ve got. 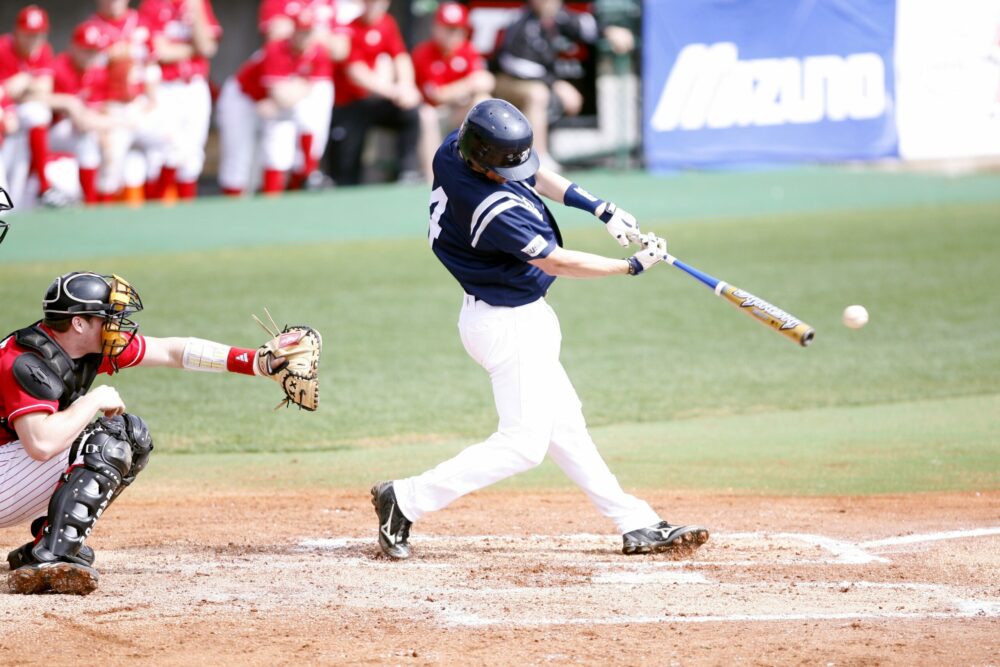 Life is not all sunshine and rainbows … that’s the start of a great quote, but it’s not about baseball. However, the sentiments behind the words ring true. Life isn’t always easy, and we should never expect it to be so. However, if you read through these baseball quotes about life, you will soon learn that when the times are hard, quitting just isn’t an option. It is exactly when the going is rough that you need to knuckle down, crowd the plate, and swing as if you’re trying to knock the stitching loose.

It is in hard times that the winner’s mentality is born. The following twelve baseball quotes are designed to show you the power of your own self and belief in not just who you are, but who and where you want to be.

Out the Mouth of the Babe: Baseball Quotes from Babe Ruth 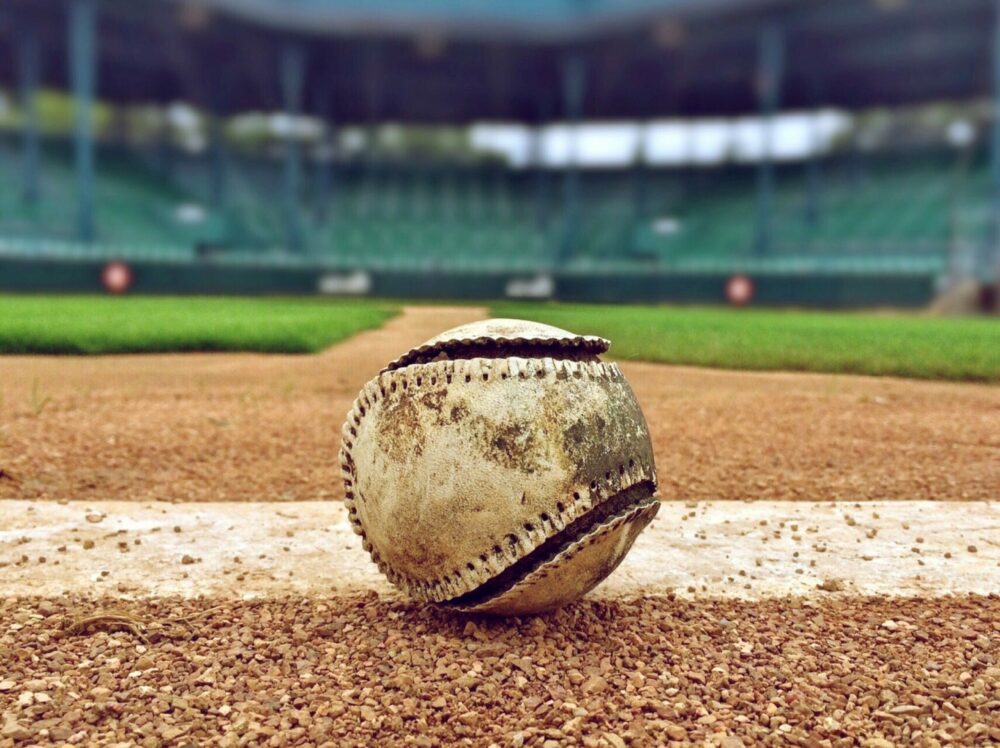 If there is one name that is synonymous with baseball, it is Babe Ruth. He was a man whose name transcended baseball. His rise to superstardom was not an overnight success. It was through determination and hard work that his legacy was earned. This steel-headed determination is evident in these epic baseball quotes. It was his words, as well as his actions that caught the hearts and minds of a world that was at its lowest. Babe Ruth was there through the first world war, the Spanish flu pandemic, and then the Great Depression. These were hard times. However, Ruth’s determination always shone through.

“Never let the fear of striking out keep you from playing the game.”

The following ten motivational baseball quotes spoke to a generation, and now, with times hard for us all, they will speak to another. 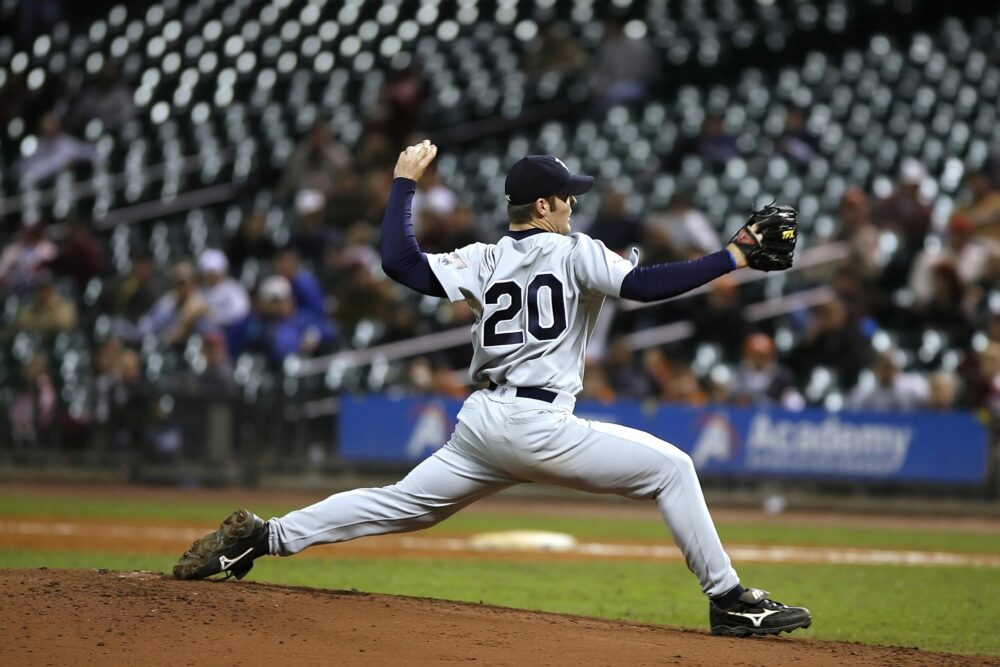 In any sport, there is a position that all too often takes the brunt of the criticism but does not receive the same level of praise. These famous baseball quotes all come from the mouths of pitchers. They are laced with wit, cynicism, and just the right amount of indignation, and spoken by those who could most easily be swapped in the allegory of quotes to mimic real life. While life is a team sport in many ways, there are more than enough times when you are the pitcher. The weight of expectation is on your shoulders, and failure is not the work of a better opposition but rather a failing in your own game.

“If you don’t succeed at first, try pitching.”

Pitchers are a thick-skinned lot, they have to be. This is apparent in the following ten baseball quotes from pitchers. Read them carefully, for there is a lot that can be learned from their words.

Yes, the idea behind all of our baseball quotes thus far has been to motivate and ignite the fires of passion. However, sometimes a quote is just a quote. It’s funny and motivating in its own way. Humor is an underappreciated, much-maligned way of coping with the world. Sportsmen and women have often fallen back on comedic quotes, whether to entertain or possibly even irritate. When times are tough there is often nothing better than a humorous quip to lift the mood.

“A baseball game is simply a nervous breakdown divided into nine innings.”

The following twelve funny baseball quotes are guaranteed to make you chuckle. If you can laugh in the face of adversity then nothing can ever get you down. So, read on and allow yourself the opportunity to smile, to relax, and see the joy in the world.

Bottom of the Ninth with the Bases Loaded 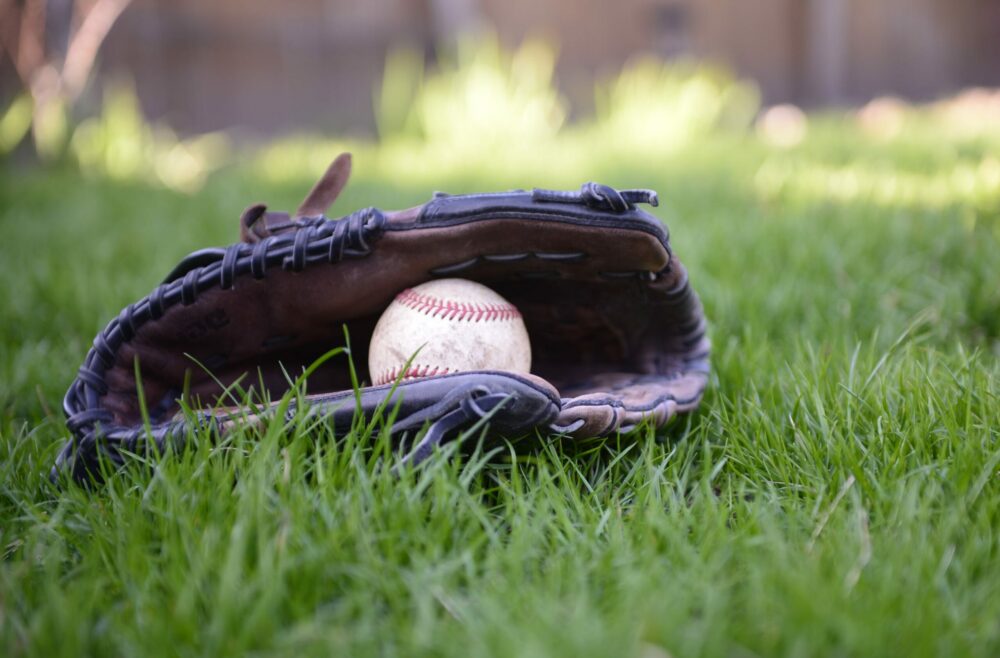 When reading these inspirational baseball quotes, there is one clear thing evident. A deep-seated love for the sport and for everything it embodies. This is a message that helps to make these baseball quotes even more powerful. Because when spoken with passion, the words themselves become less important than the message behind them.

So often, baseball quotes are specific to the game itself. However, if you turn baseball into an allegory for life, then you have a veritable goldmine of motivational quotes and sayings. Even words uttered in jest can be taken in a way that rouses the spirit. There are so many baseball quotes that talk about digging deep and swinging for the fences. About giving life your best shot because anything less just doesn’t cut it.

Baseball is a team game, and as in life, the best teams are the ones that work together, who are there to support each other and pick you up when you’re down. Life works in a similar way. The friends and family members you surround yourself with go a long way to defining the success you have as an individual and the legacy your life leaves behind.

So whether you are having a bad day, life’s dragged you down and holding you under, or you just woke up on the wrong side of the bed, and everything feels like a struggle, there will be enough baseball quotes on this list to help you turn that frown upside down.

Is there a quote we’ve missed that you feel deserves to be on the list? Perhaps there’s a particular baseball-styled saying you often find yourself using? We’d love to hear about it. Drop your favorite baseball quotes into the comments for us all to enjoy.