18 Of The Best Drinking Games Anyone Can Remember 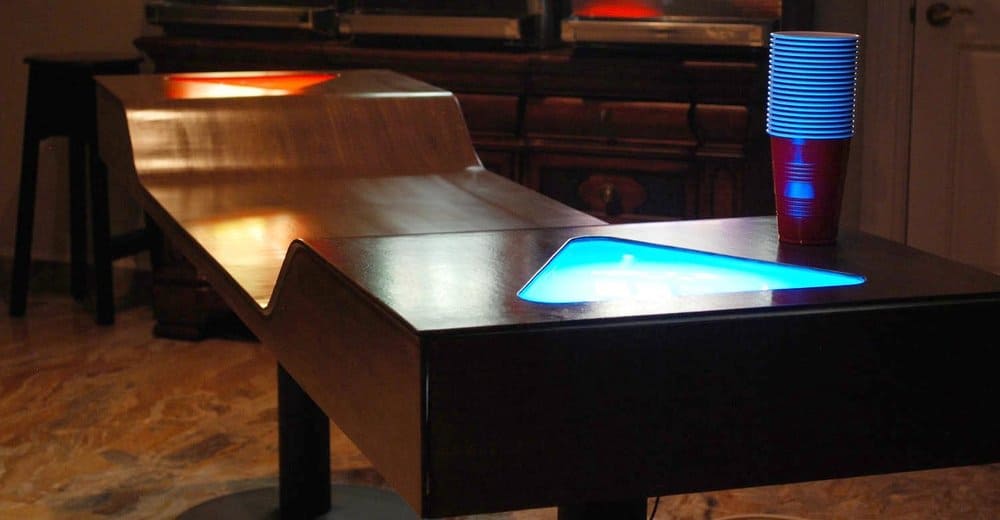 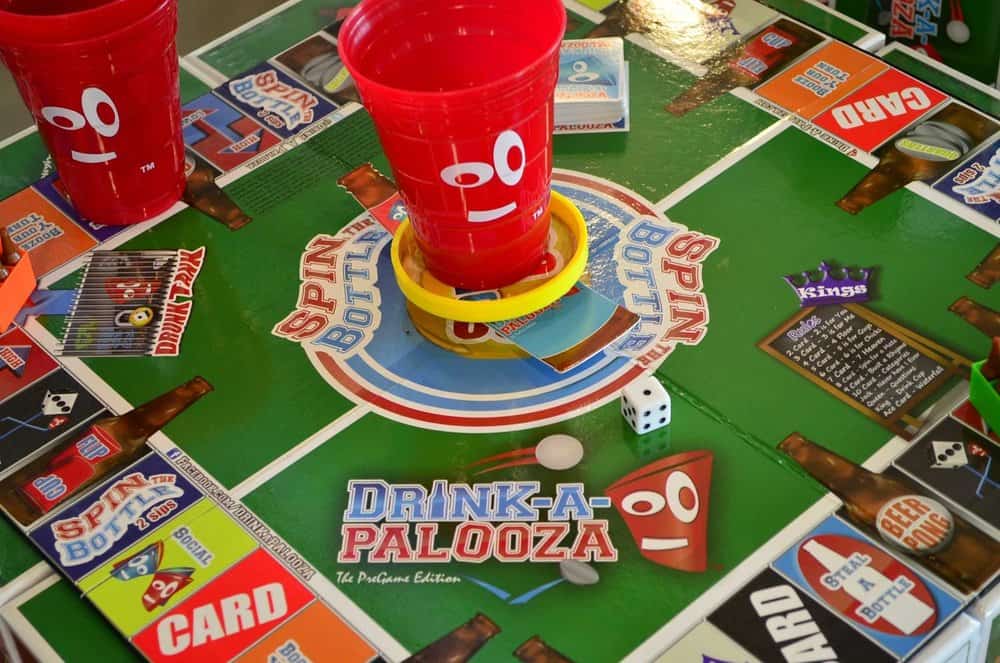 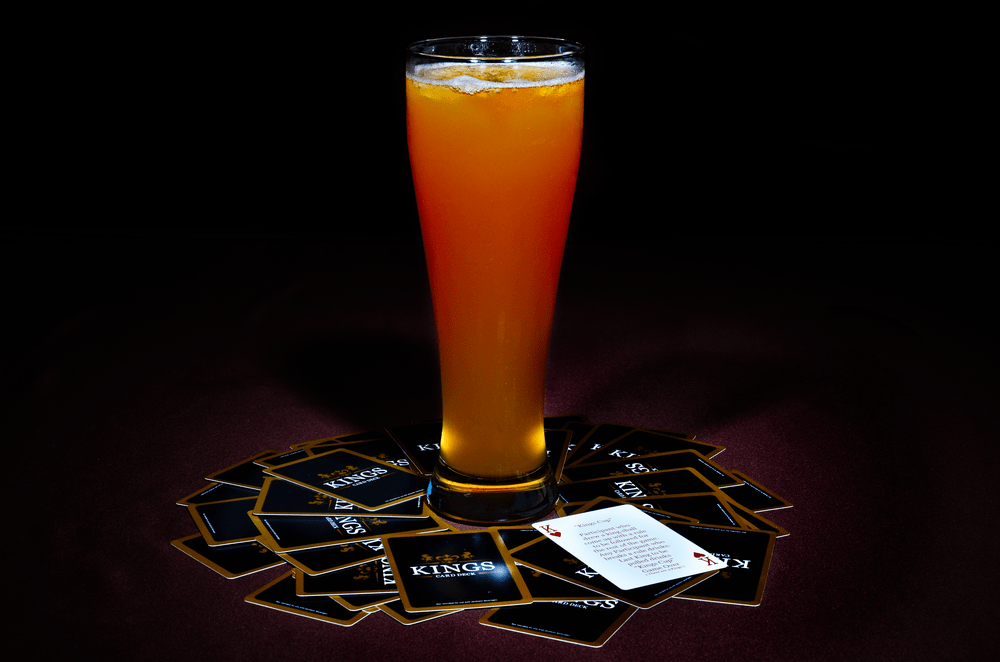 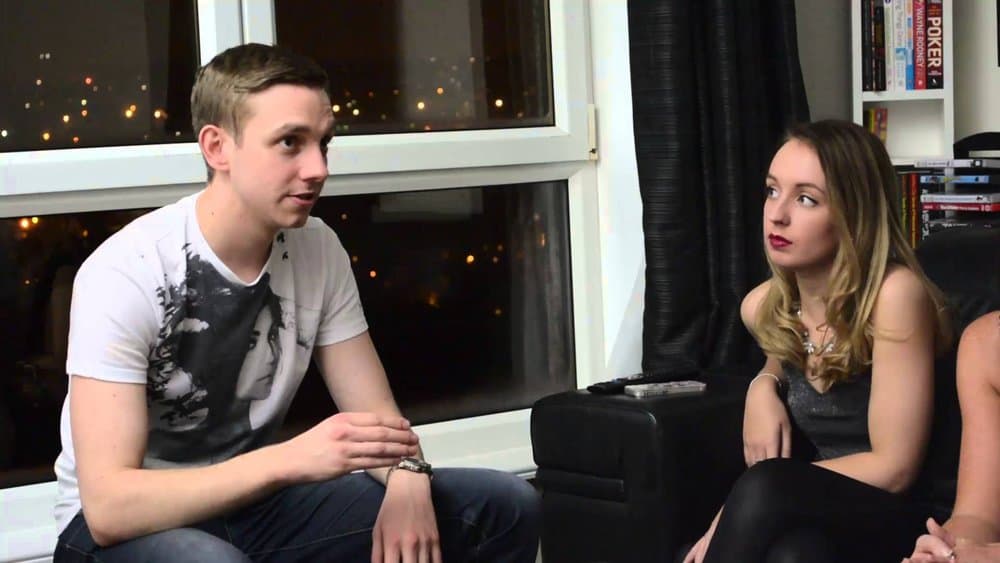 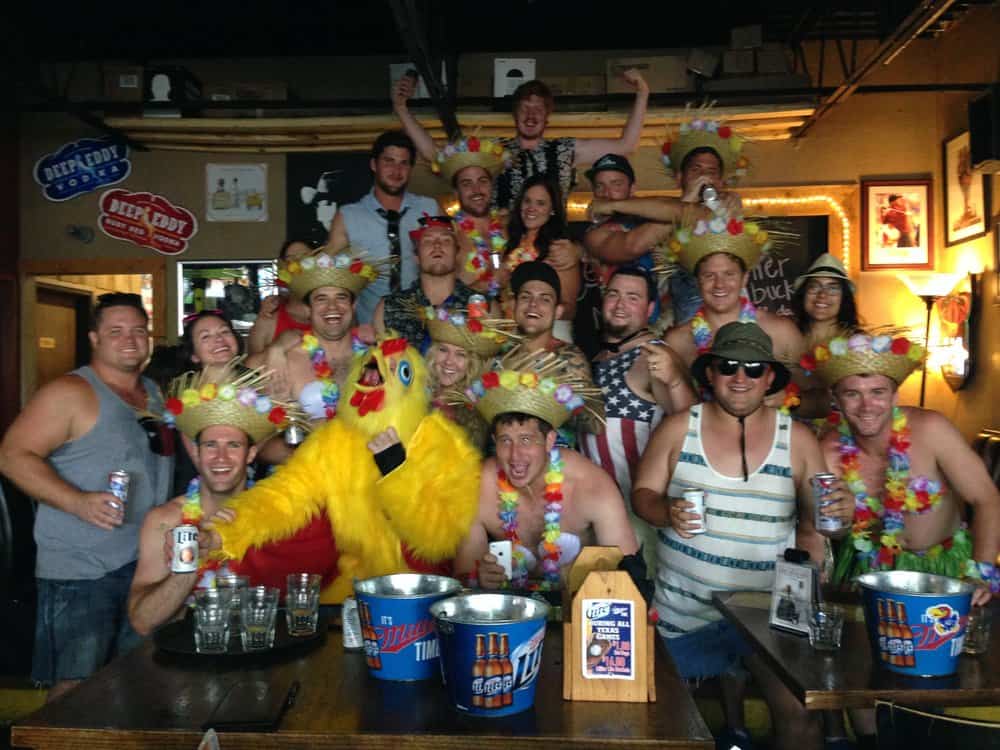 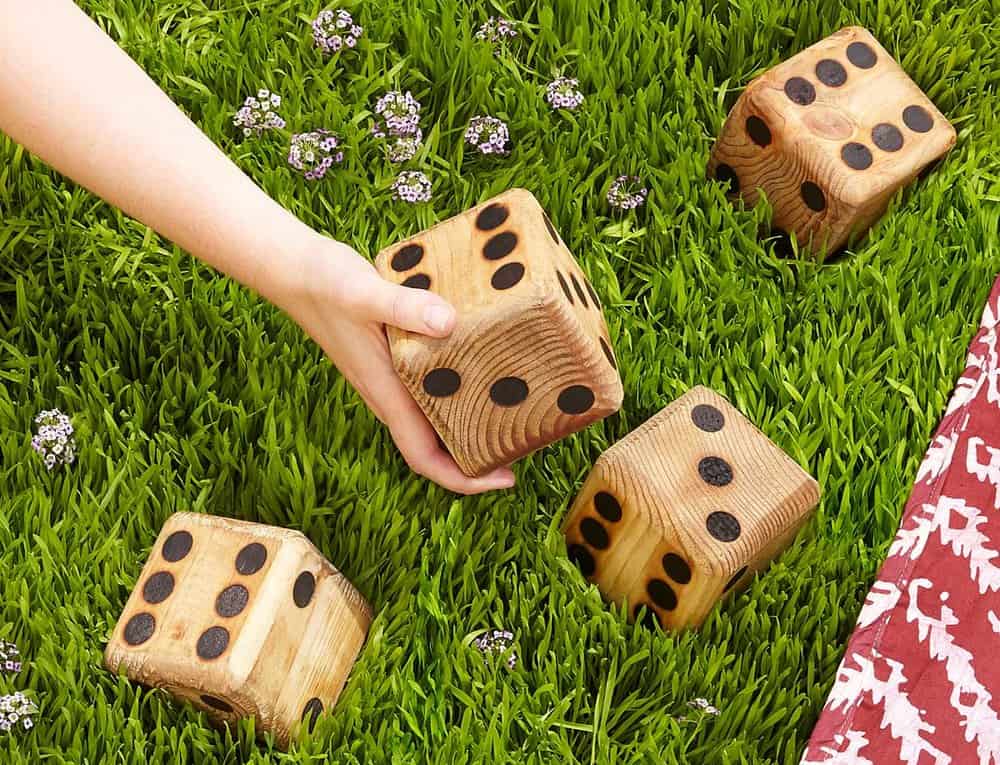 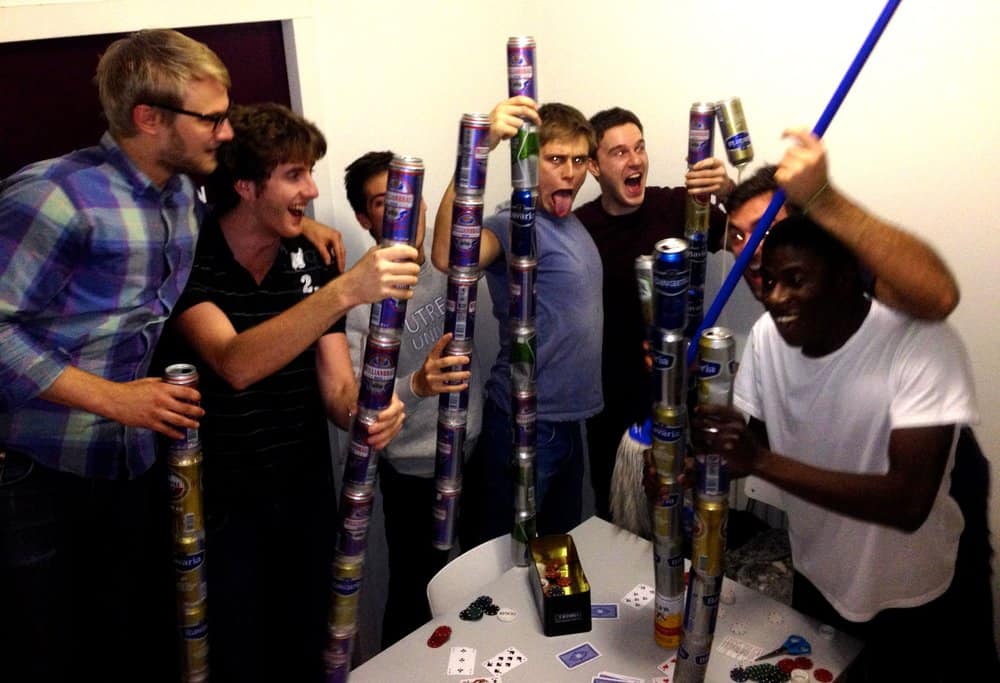 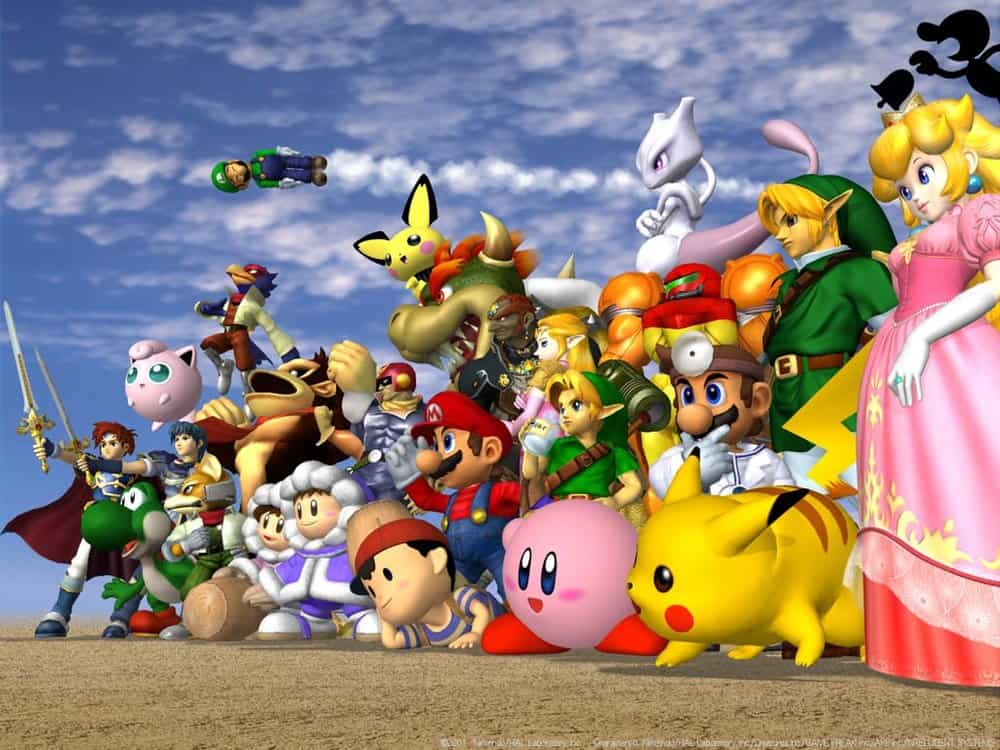 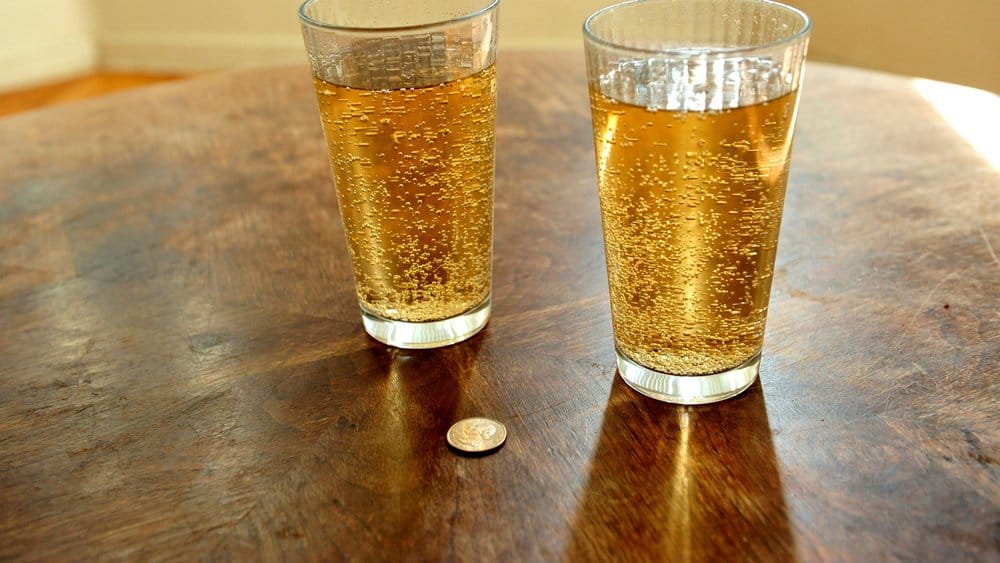 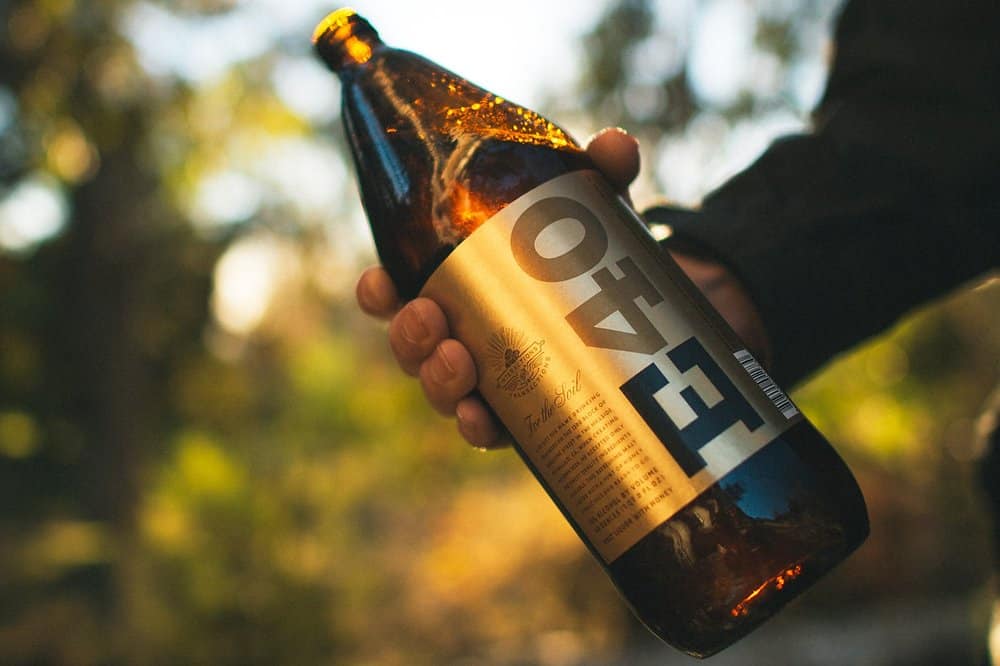 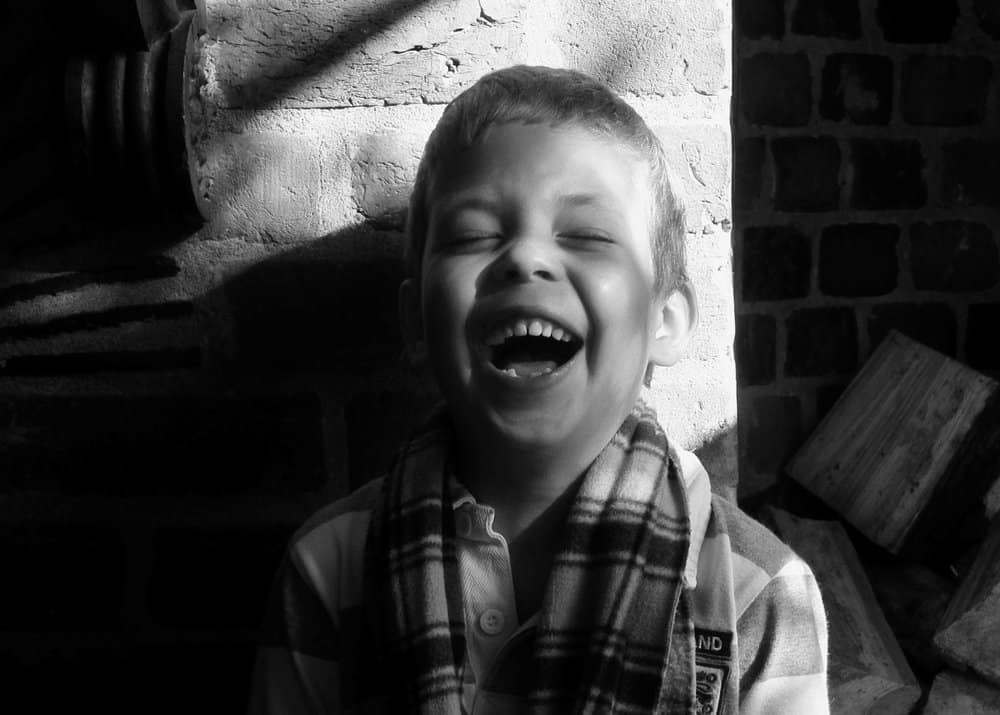 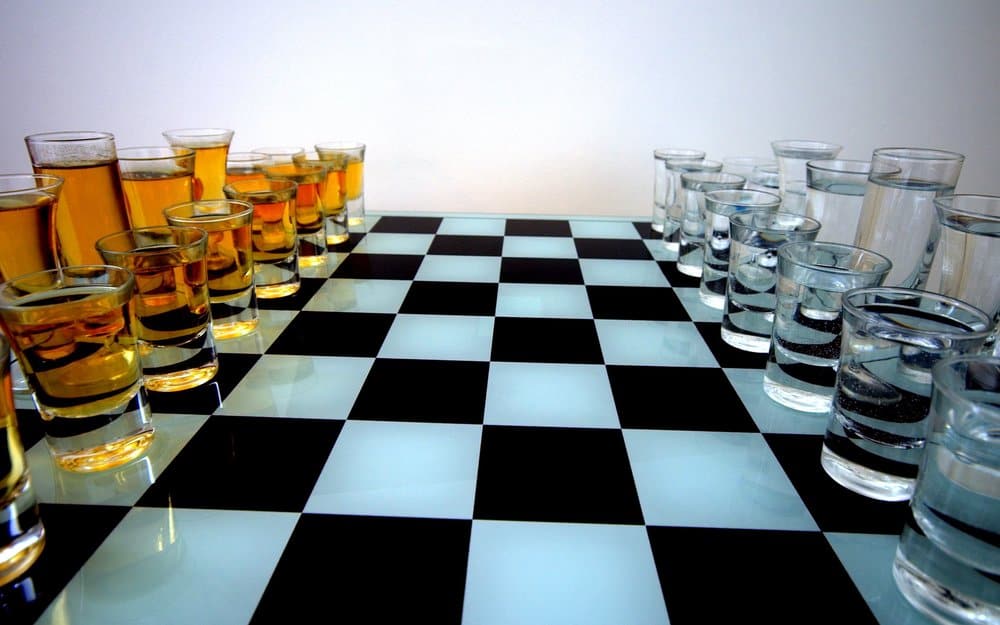 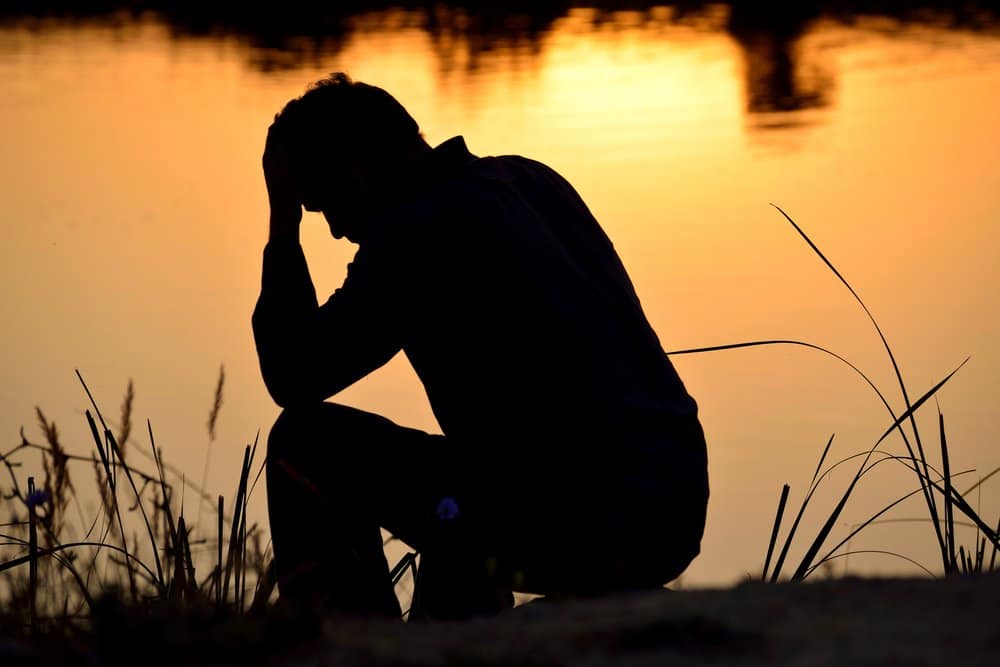 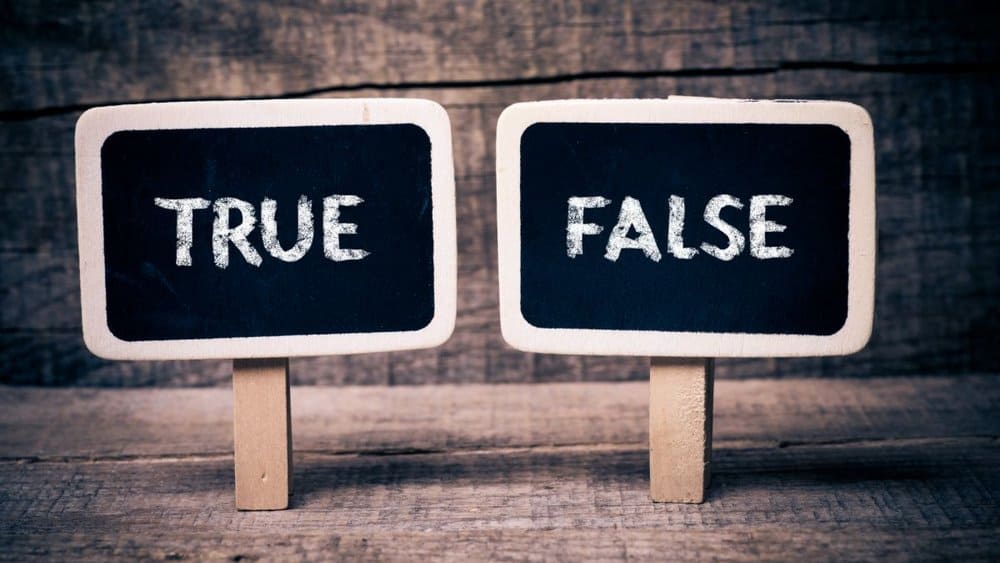 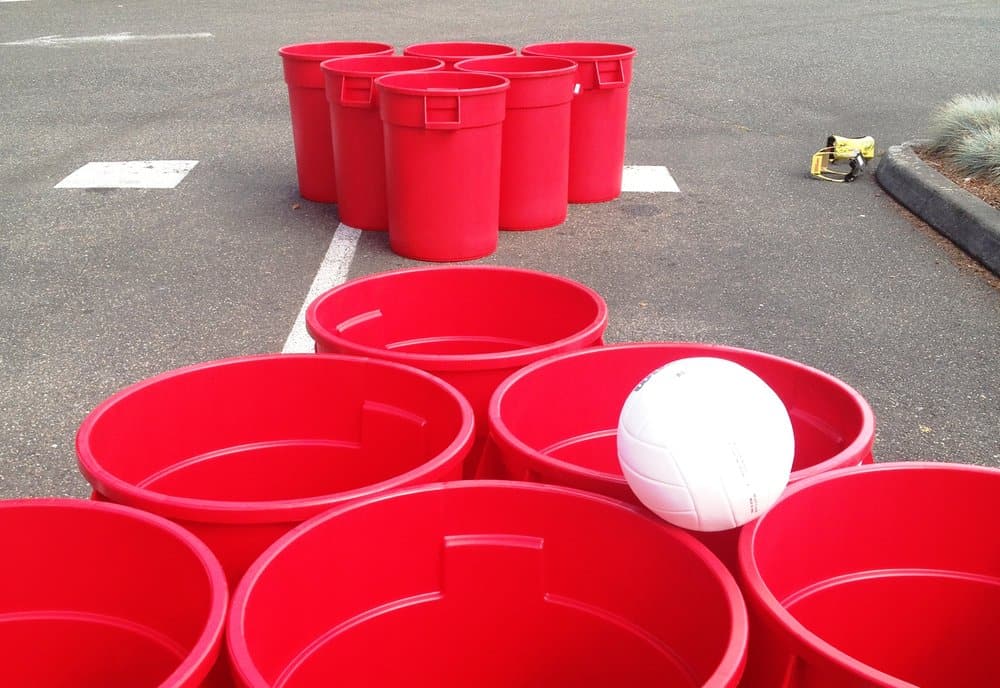 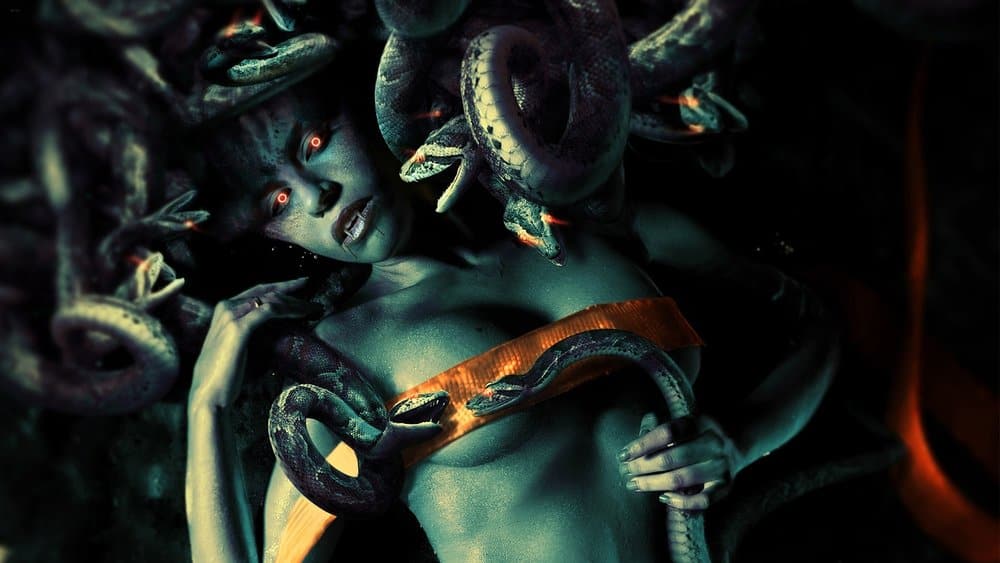 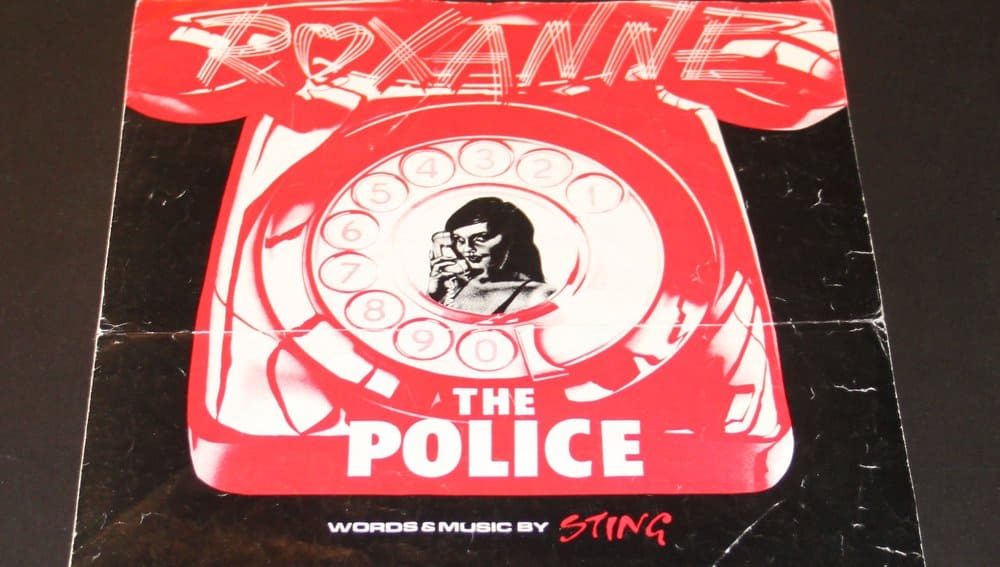 “If you’re drinking, you’re winning,” so goes the old saw that was popularized by alcoholic frat boys. Few things in life as are universally beloved as fermented juices, made from every fruit and vegetable on the globe. Even more than food, alcohol is one of the great unifying items in the human experience, and a spectacular way to survive married life. As people, we innately come together at watering holes to drown our sorrows with our peers, socialize with our favorite social lubricant, and make awful decisions that are often filmed and put online for permanent posterity.

Related Reading: Best Never Have I Ever Questions

But drinking alone is only fun for a little while. What every serious session of imbibing needs is a game to go along with it – preferably one wherein coordination plays a key role, so that as more alcohol is consumed, the results get ever more strange and humiliating. Since there’s nearly as many drinking games as there are fine rums and wines, it can be hard to find a good one, often leaving you stuck playing Quarters or beer pong for the hundredth time, perhaps even resorting to pool and darts, like a plebeian. To save you from boredom, or avoid causing a lull in your intoxicating endeavors during which you have to reflect on your life choices, here’s 18 of the most fun drinking games found anywhere alcohol is poured.

A version of beer pong that has been stripped down and simplified, you shoot a pair of ping-pong balls at cups placed at table corners. If an opponent makes the shot, you drink, while they drink whenever you make a shot. In this iteration, you can also rebound shots that hit your cup but don’t go in, forcing the shooter to drink if you dunk it.

The purpose here is actually to guess the value of a card pulled by the dealer out of a deck. The dealer gives “higher” and “lower” clues to the assembled drinkers to help them guess the card, which leads to the dealer drinking. Incorrect guesses can cost the other players, so it pays to be able to count cards, while drunk.

This is an actual board game that combines a whole range of different drinking games into a single package. If you’re constantly forgetting rules – due to intoxication or sheer sloth – then this is a one-stop way to prevent a party from ever becoming dull.

One of the countless variations on King’s Cup, California Kings has all the complicated rules of the original, with a few twists thrown in. You’ll need a deck of cards along with a list of the starting rules. Then there’s the dreaded empty cup that everyone must fill with the foulest concoction possible in order to force the drawer of the last King to suffer.

The group sits in a circle with someone starting off play by asking a question about who would be most likely to do something. After each question, everyone in the group points to whomever they think is most likely to do the thing in question. Then you take one drink for everyone pointing at you.

Most effectively played in a town with a lot of bars/pubs. Someone begins the night by donning a chicken costume at Bar #1. That person then goes out into the night. The remaining individuals must then split into teams and go to all the nearby bars looking for the chicken, taking a drink at each new establishment. When they find the chicken, they stay and drink until everyone is again assembled.

Using a single die, everyone begins rolling. The first person to roll and 1 and a 2 becomes the “Three Man” or “Three Person” if they so choose. Each time a three is rolled, that person drinks. Other numbers are assigned rules as well, creating a drinking environment similar to King’s Cup.

Each beer you finish is duct taped to your other empty beers to create a staff. Taking a shot earns you red duct tape, while bong rips will earn you green. Whoever has the longest or most adorned staff is the “Wisest Wizard” and is in control of the party, since liver damage has clearly made them the best equipped to tell people what to do. All must obey the Wizard.

Using any version of Super Smash Bros. on whatever Nintendo system you prefer will work for this. Most often, 4 level 9 computer opponents are set to battle each other, while the players pick which one to back. They have to drink when their fighter loses. It’s drunks yelling at video game characters and then imbibing, so even if you’ve never touched a video game in your life, now’s the time to start.

Spin a quarter with your right or left hand, then drink a shot glass full of beer lifting it with the same hand. Now hand the quarter to the next person with the same hand you used to both spin and drink. Use the wrong hand and you drink again. When you finish a beer, you can now slam it down over a spinning quarter, forcing the other person to drink again and creating a “Landmine.” If a quarter or anyone’s hand touches the mine, they drink.

Strap a 40 to each hand with duct tape. You can go to the bathroom when you’ve finished all 80 oz. Fun, right?

Everyone writes down a sentence on a scrap of paper, intending to crack up the person reading it. Each person then takes turns reading while trying to keep a straight face. Those who break must drink, while the dour must watch.

Using cups of beer for pawns and various other kinds of alcohol for each piece, this is an ordinary game of chess, though each time you lose a piece, you must drink it. Then you must remember how the stupid horsey thing moves. And if the Grey Goose is a bishop or a rook.

One person leaves the room. Everyone else decides what their major problem is. That person then has to come back and guess what the group decided is wrong with them. With each missed guess, they must drink. It’s great for self-awareness and self-destruction.

Topics are written on strips of paper which are put into a hat. Each person must secretly roll a die and then draw a topic. If they rolled an even number, they tell a true story about the topic. If they rolled an odd number, they tell a lie. Everyone guesses whether the tale is true or not, with right answers leading the teller to drink, and wrong guesses making the guesser drink.

It’s beer pong played outside with a volleyball and trash cans. Variations abound and space is required.

Put your damn heads down on the table. On the count of three, everyone looks up at someone else. If the person you’re looking at is looking away, you’re safe. If you’re staring right into their eyes, both people yell “Medusa” and drink. Fast and easy to get loaded quickly, unless you’re dreadfully homely.

Split into two groups and turn on “Roxanne” by The Police. Group #1 drinks whenever they sing “Roxanne” while Group #2 spins around. On “put on the red light” Group #2 drinks while Group #1 spins. Get to the end of the song and then everyone cleans up the troublesome results that arise from drinking and spinning.