With the one exception of putting a wedding band on your left Ring Finger, most people don’t know or care about the meaning of where they don their rings. We just get the biggest bling we can and slap it onto whatever finger it fits best. This usually works fine, as few people spend time staring at the rings of another, but you could accidentally be sending some wrong messages, or not seeing something that’s right under your nose. By learning how rings can be used and comprehended, you can open up a world of information lurking right below the surface.

To break this down, we’re going to go finger by finger, and hit the most common mores of various large cultures. While smaller, esoteric, or sub-cultures might have different governing rules, it would take an omnibus to capture them all. These are mostly broad strokes, but if you have other cultural norms, please throw them into the comments for our education, because we do so hate to leave people out!

Though every finger tells a tale depending on where you are in the world, and what culture of that place you’re immersed in, wearing rings anywhere is a universal sign of wealth. Rings are mostly without use, except as a bottle-opener or a makeshift set of brass knuckles, should you be doing a little street brawling. In being free of utilitarian purposes, rings do nothing but show off how much money you have by showing how much you can waste on something that bears no practical worth.

The less affluent regions of the world will see rings as a sign of someone who needs to be robbed, since they clearly have money to burn. So, if you’re going to wear rings, you’re broadcasting wasteful wealth which can endanger your life. In this case, they have the universal meaning of “I have money” which might not be the wisest message to send.

The one cultural use for rings that proliferates through almost every part of the world is wearing a ring to show that you are wed to someone, or at the very least in a committed relationship. Neanderthals were the first to devise this tradition, as men would often weave small, wearable wreathes out of twigs or grasses to be worn among mates. Since then, each civilization has adopted this practice, with wide variation in how it was used. In some Asian cultures, the ring was made of wood and would fall apart if it was removed, proving a partner’s infidelity.

Also universal is the misogyny that goes with rings, as almost everywhere rings were to be worn by women only, to show that they “belonged” to someone, as a warning to potential suitors that she was unavailable. In the west, men only began wearing wedding rings during World War II as a sign of carrying their love with them. In the less progressive parts of the world, wedding bands are still exclusively for women unless a man is specifically displaying wealth. Africa, the Middle East, and Many parts of Asia – Russia and India specifically – are the most common places where men will drip with jewelry which has no bonding significance whatsoever.

Wedding rings are almost always worn on the ring finger. In North America, it often goes on the left hand, but left and right are generally irrelevant, since it changes from place to place. The rule of thumb, or perhaps ring, is that if a person has a band on their ring finger, it’s best to guess they are married, and you should at least ask for confirmation before you seduce them.

Outside of wedding rings, the rules get hazier.

Luckily, when it comes to the rules of the ring, the hands are largely considered equal, meaning a ring doesn’t change intent based on which hand it is on. Some will put heavier rings on their dominant hand because that’s what they use in physical altercations, but that’s more personal preference than real meaning. Just note that a person with a load of clunky rings on their hands is going to be a tougher combatant than someone without adornment.

Typically, the right hand is the “action” hand while the left is the “thinking” hand. Even left-handed guitarists often strum with their right feeling that their left is “smarter.” The point of that is to note that low-profile metal bands tend to stay on the right hand, while more complex rings or those with jewels that could be knocked loose often go on the left to prevent damage.

The Pinkie or little finger is one of the most useless parts of the human body, often doing nothing but making shop class harder as it tries to get caught in saws. In being useless, it’s a great place to put a bit of bling, should you fancy doing so, but know that you’re going to get a less than favorable reception from most Americans who see pinkie rings as a sign of low-class attempts to show off.

It is the best place to put a ring you really want to stand out, so if you’re going to go the pinkie ring route, keep it understated. It’s going to sparkle whether you showcase it or not, so show restraint lest you be tagged as an insufferable ass.

Associated most closely with romance throughout history, rings on this finger typically signify attachment to another person in an intimate way. On women, rings placed on this finger are usually ostentatious, going back to a man showing his ownership of the woman wearing it by bedecking it with precious stones. On men, plain metal bands are usually wedding rings, while anything larger or bearing adornments are a matter of personal taste.

The least common place to put a ring, it’s also the easiest place to start if you like rings but find them awkward on the pinkie or ring fingers. Since it impedes movement of the index finger and interferes with fine motor control, most people won’t leave a ring on this finger very long, and anyone who does often doesn’t do much work with their hands, making it a central point to adorn with shows of wealth or proof of your time with the NFL.

Counter-intuitively, wearing a ring on the pointer finger is easier than wearing one on the middle finger, since it hampers your ability to move the finger easily less than having a ring living next door. Rings placed here generally have great significance as to status, with many cultures using signets, family crests, or status symbols on this part of their body. Historically, people below a certain aristocratic class weren’t allowed to wear rings on this finger because it was meant to show rank. Some cultures still have this in place, so noticeable rings on this finger often indicate a person who either has high status, or wishes they did.

For this reason, class rings, rings of accomplishment or prominence go here. You’ll also find crested rings and those of familial or personal affiliation on the index finger.

A sure sign of wealth in most places around the world, thumb rings are worn largely to make a statement, and have replaced pinkie rings as the place to put a personalized band with your own sense of glamour. Seen as friendly and playful, as well as unique, an understated thumb loop is the best place to start if you’re adding rings to your look, since it has the least major meaning.

2 thoughts on “The Hidden Symbolism of Rings and Fingers” 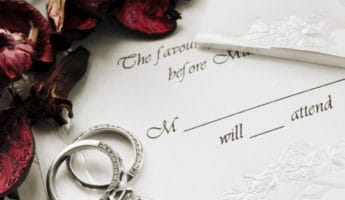 23 Rules For Proper Wedding Etiquette Everyone Must Know 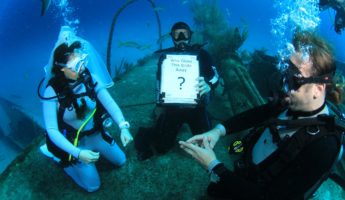 19 Places to Have a Wedding No One Will Forget 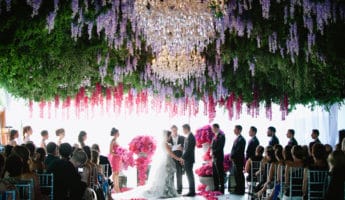