15 Best Cheap Beers That Are Praiseworthy

Tired of buying the same cheap beers that leave you full of regret? To ensure that you never sacrifice flavor for price, take a look at this list of 15 praiseworthy cheap beers. 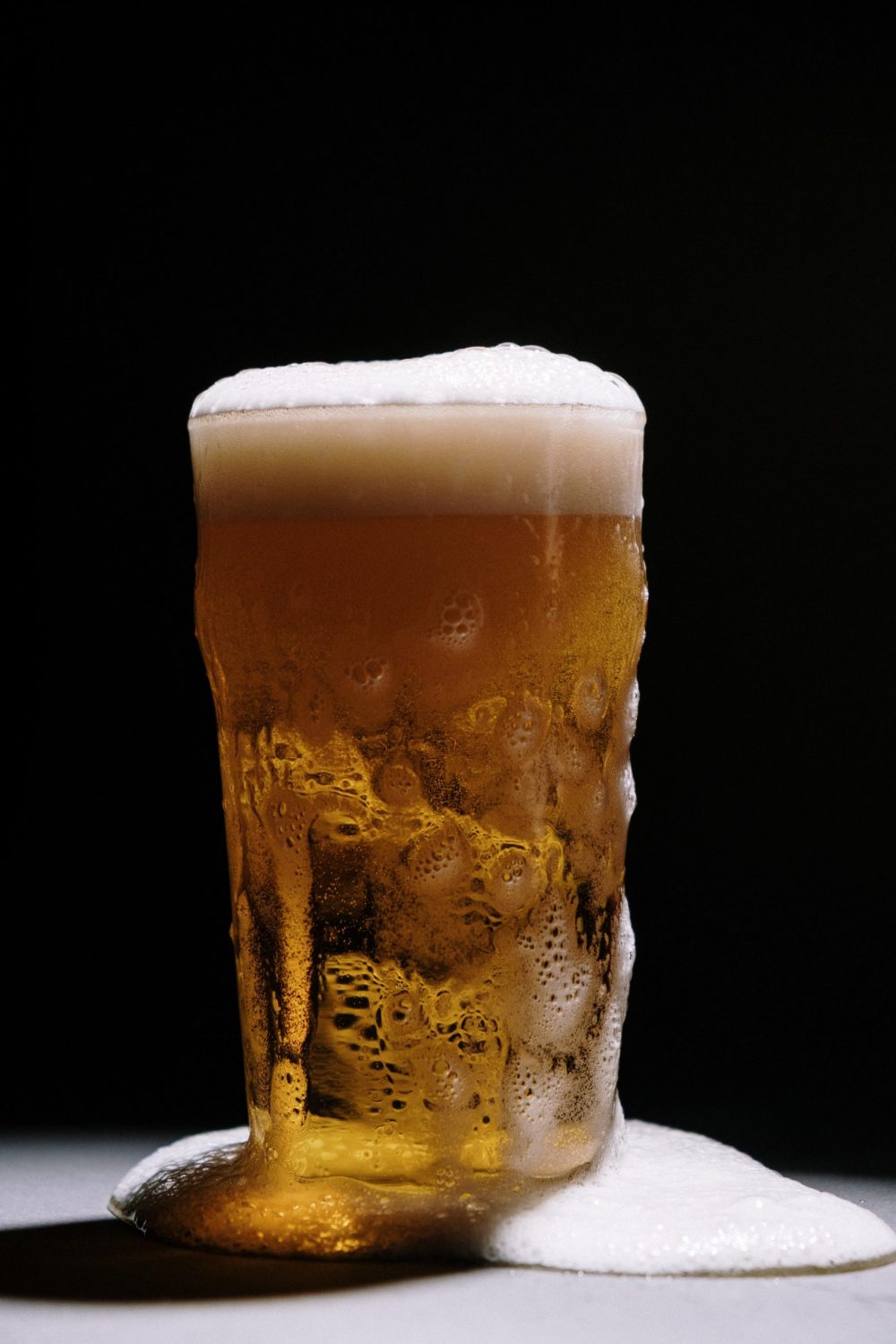 Living through the heyday of microbrews can leave you feeling overwhelmed and a little light on cash. There’s a new seasonal IPA, brewery collaboration, or limited edition beer everywhere you look. It’s enough to give you the spins, and we’re not even drinking yet.

And if you’re trying to justify throwing a few beers back on the weekend, those steep prices do not help your case. Thankfully there’s always plenty of cheap beers to turn to.

Of course, no one is bashing microbreweries. The microbrewing community is responsible for many top selling and highly rated beers. Some microbreweries even fall into the category of cheap beers. But due to their popularity, the big corporations miss out on some well deserved appreciation.

Those big name beer brands aren’t going to sell you anything that can be described as hop heavy, and they most likely won’t have a strawberry rhubarb sour available. But if you’re trying to stock up for a huge party you want to choose cheap beers.

The beauty behind cheap beer is that it’s reliable and you never expect too much from it. There’s no need for a beer exchange to hunt down cheap beers. You can pull into any store in any city and find cheap beers. The only downside is that some are godawful, and you didn’t even expect that much from a cheap beer in the first place. 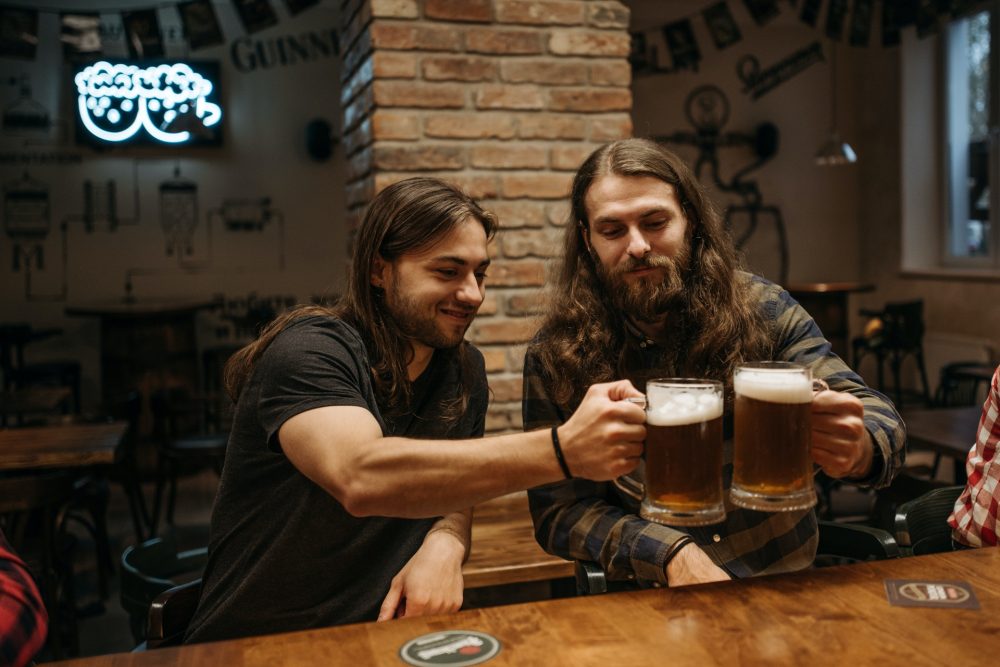 We wanted to help you choose the best of the cheap beers out there so we found 15 beers that are all $15 or under for a 12 pack. No matter if you’re at a dive bar, a party, or having a relaxing shower beer, cheap beers are a good call. So, sit back and crack a cold one while you find your next go-to cheap beer. 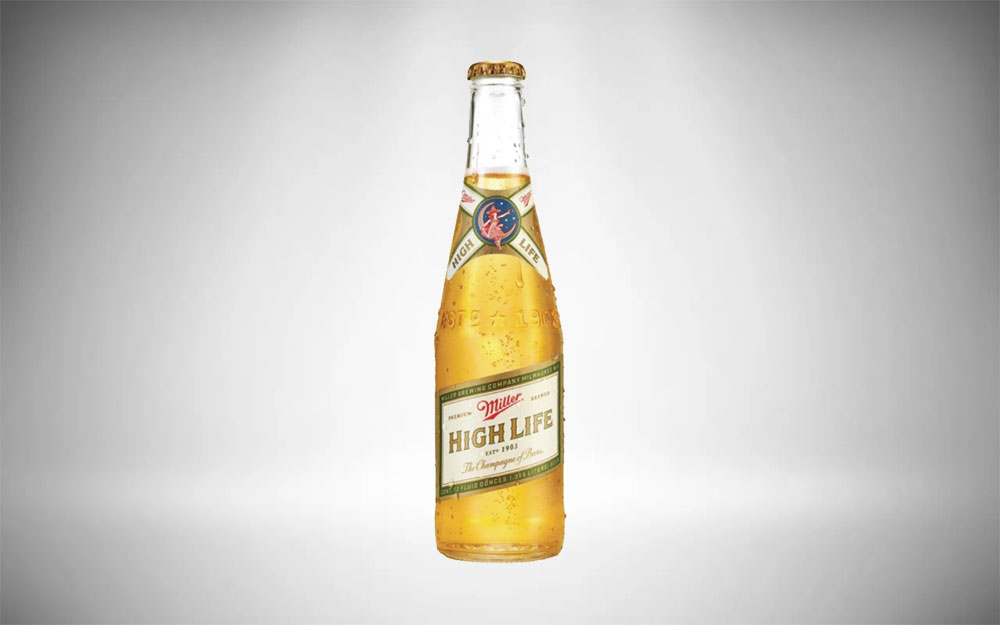 Miller High Life is unique amongst the other cheap beers out there. From the shape of the bottle to Miller’s own strain of yeast, High Life stands out.

Miller’s flagship beer is often described as effervescent, which is an appropriate description for a beer touted as the “champagne of beers.” Miller wanted High Life to have a touch of refinement when compared to other Lagers. The original brewers from 1903 might not be thrilled that their idea of luxury is now considered a cheap beer, but the dive bar regulars sure appreciate their collective efforts.

Miller High Life remains in the same clear glass bottle, with the same iconic designs, and most importantly, the same flavor, since the early 1900s. And that’s what we love about cheap beer. It’s consistently reliable. 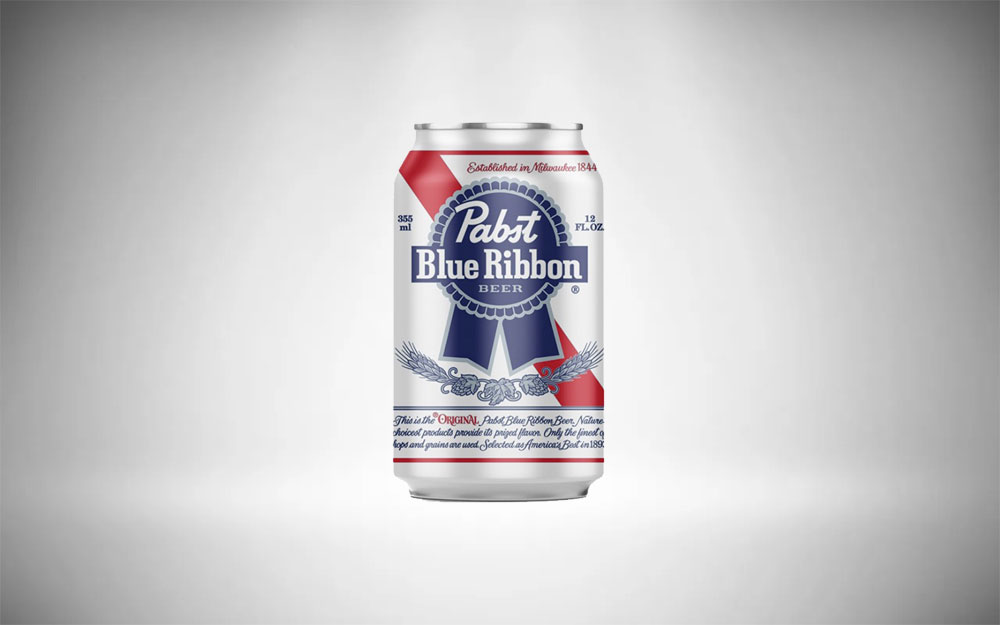 Pabst Blue Ribbon has a cult following of hipsters and their respective hangout spots. If there’s a cut off band t-shirt, a graffiti laden pool table, and a mysterious smell, you’ll find a PBR. That being said, you’ll also find the iconic blue ribbon on a Brooklyn rooftop or poolside at an L.A. party. PBR has truly embraced all subcultures and social identities.

It’s not all clever marketing though. When it comes to cheap beers, PBR is a very drinkable beer. PBR has all the elements that make up a good cheap beer: low ABV, refreshingly light mouth feel, and it’s very inexpensive. 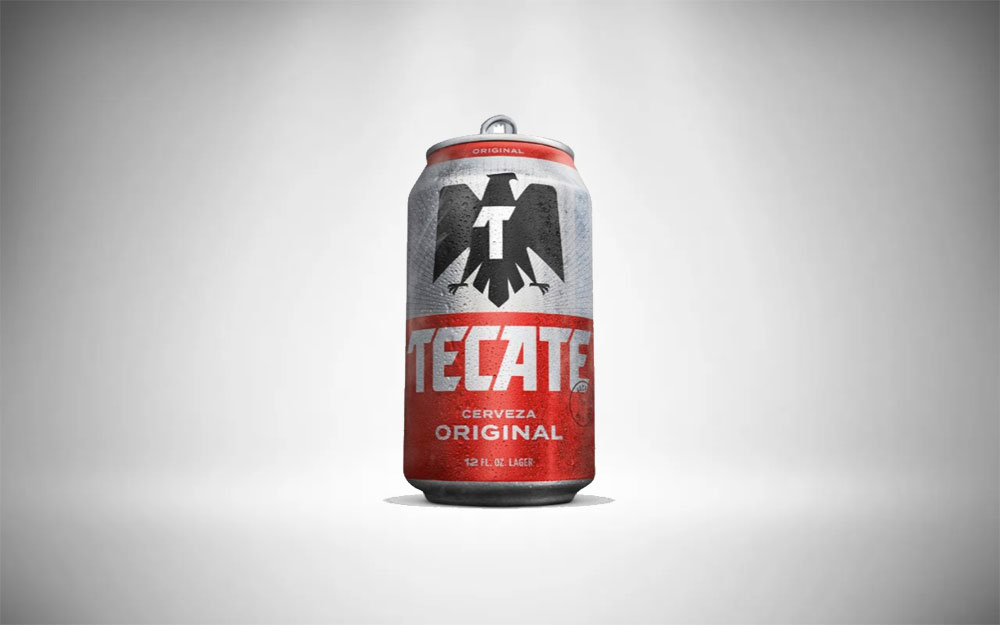 It’s time a certain long necked bottle of Mexican Lager shares the limelight with other praiseworthy cheap beers. And Tecate is well deserving of praise.

Tecate tastes the way you want a Lager to taste. It’s light, refreshing and the flavor is good on its own. But you can enhance it in a few separate ways.

Adding a lime is a great way to compliment the sweetness of the beer. If you want to truly take your Tecate up a notch you’ll want to add a chili-lime seasoning, fresh lime, and hot sauce. The result is a cheap and easy way to make your own michelada. 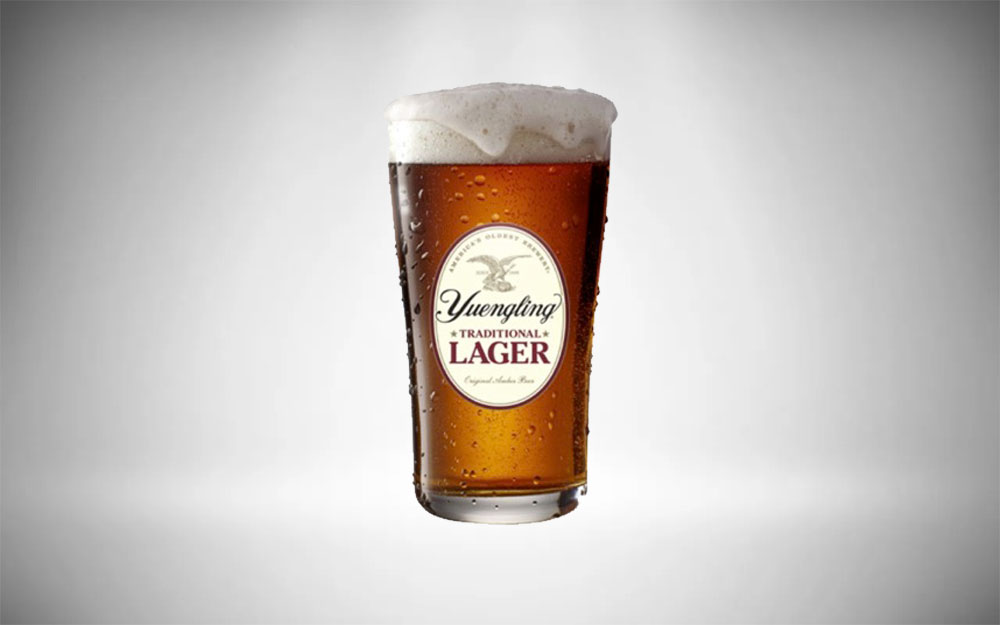 Yuengling has been going strong as America’s oldest brewery since 1829. It even survived prohibition by switching to beer with little to no alcohol and by getting into the dairy business to stay financially stable.

Today Yuengling is a familiar face in the world of cheap beers. It’s a very drinkable beer with a unique flavor profile. The blend of cluster and cascade hops really shine through and you’ll taste a hint of caramel sweetness from the malt.

Yuengling has recently started to experiment with their beer in a way reminiscent of a microbrewery. They’ve formed a joint venture with Molson Coors to distribute Yuengling in more locations than ever, which means good cheap beer will be available to more people. 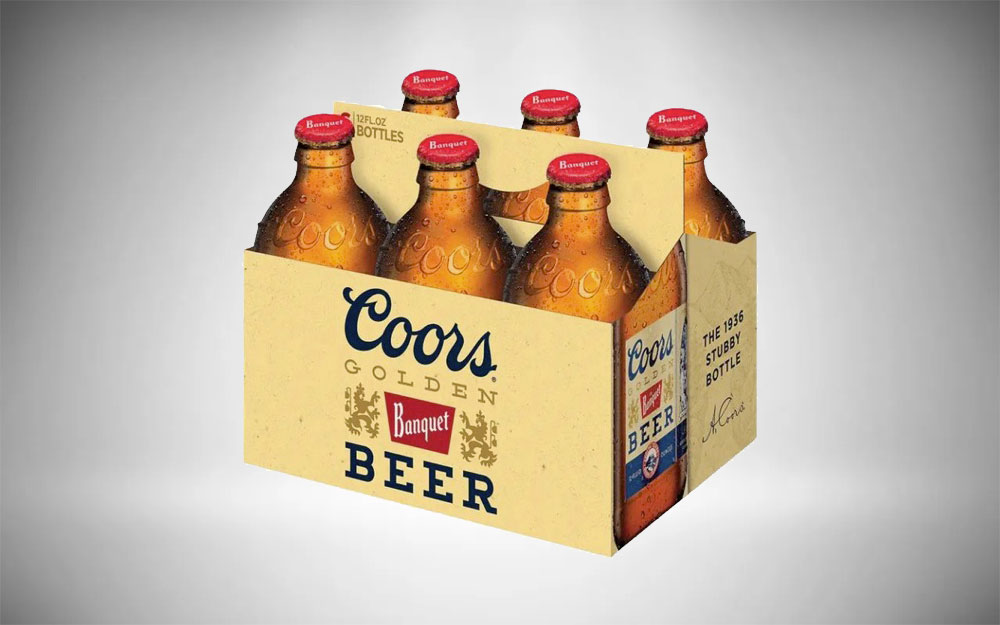 Hailing from the Colorado Rockies, Coors Banquet has been a favorite cheap beer among the working class for over 140 years. Originally this Lager was popular amongst miners. After a long day of work the miners would want to blow off steam with a nice meal and a beer. Coors answered their request with a golden Lager and eventually the Coors Banquet of today came into being.

The can and bottle are both iconic with Banquets yellow label and stubby glass bottle. The drinking experience is pleasant with a slight sweetness from corn and barley malt. Banquet is everything you want in a cheap beer. 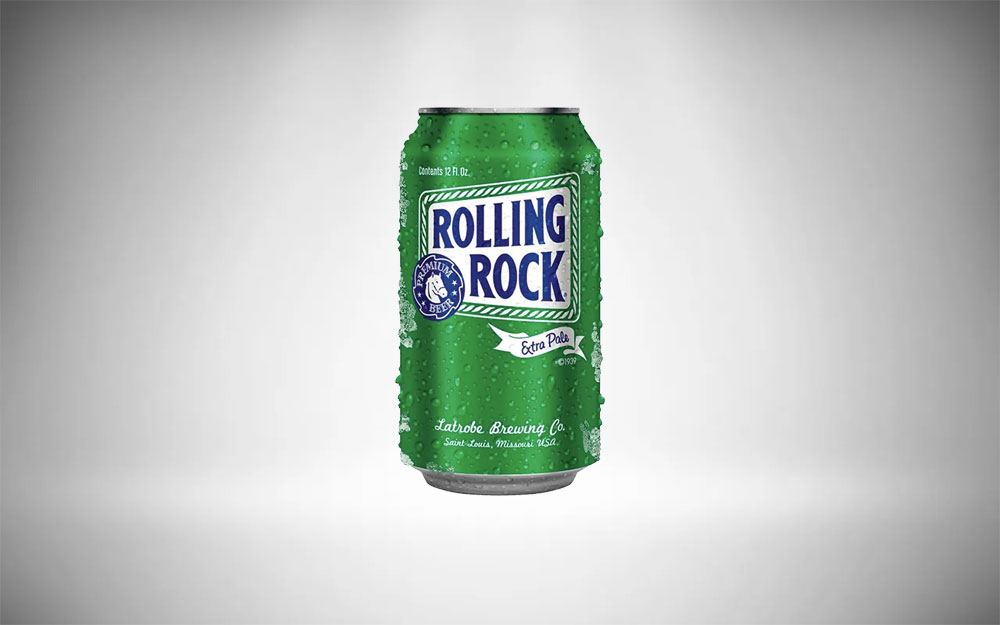 Would you like some numerology to go with your cheap beer? Rolling Rock Extra Pale Lager can give you both a cheap brew and number conspiracies.

The company always includes a 33 on the back of their bottles and never says what it stands for. Regardless of the mysteries surrounding Rolling Rock it is a highly drinkable beer. It’s very light and has a low ABV of 4.4%. So, it’s perfect for a hot day or a cramped dive bar. 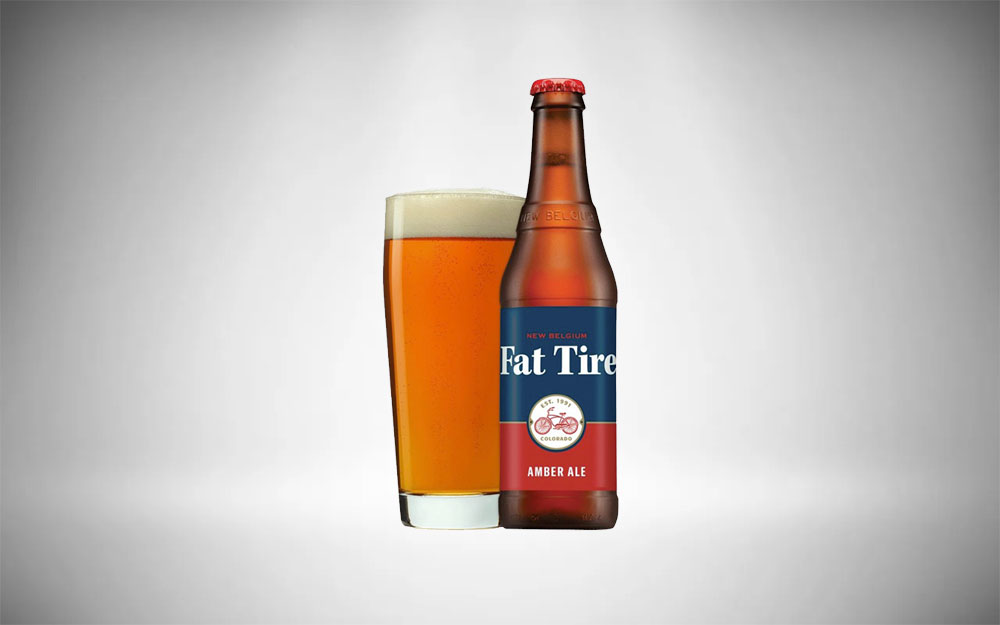 Fat Tire is cutting it close to being considered a cheap beer but you can still 12 packs under $15 roaming the wild. If you’re wanting to spring for a little more flavor then Fat Tire is there to satisfy. And it’s worth it too.

Fat Tire is a medium-bodied Amber Ale with a vibrant hop and malt combo. It has a great flavor to be so low in ABV at only 5.2%, which is great because you’ll definitely want another one. And you don’t have to stress the cost. 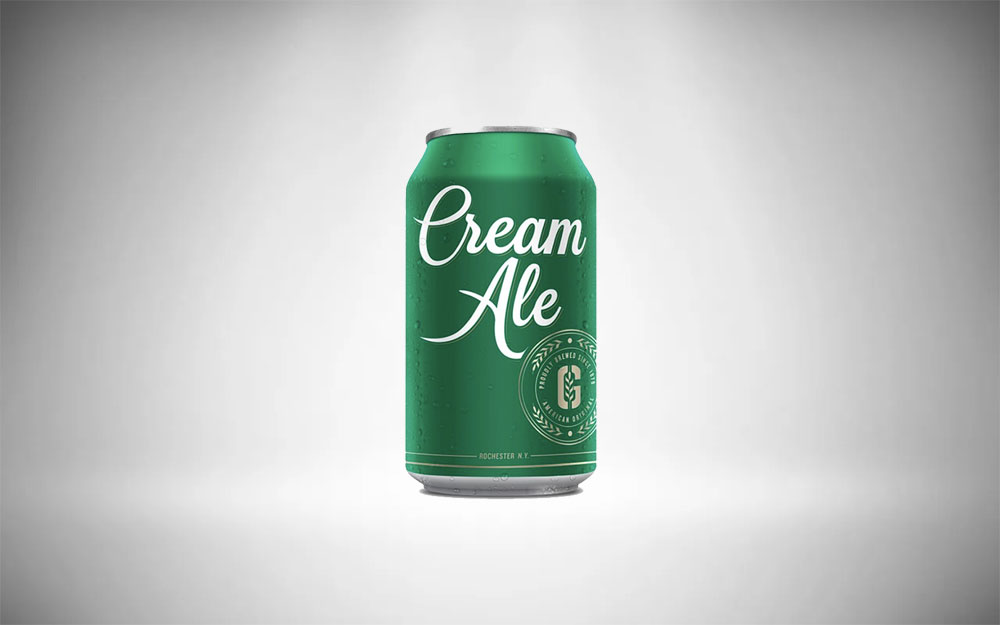 For cheap beers, Genesee Cream Ale is flavorful and will leave you wanting more. It’s an amalgamation of flavors that fall somewhere between a Lager and a classic cream ale. All-in-all a standout for cheap bears. Plus you can get Genesee Cream Ale in a 30 pack, which is great for parties. 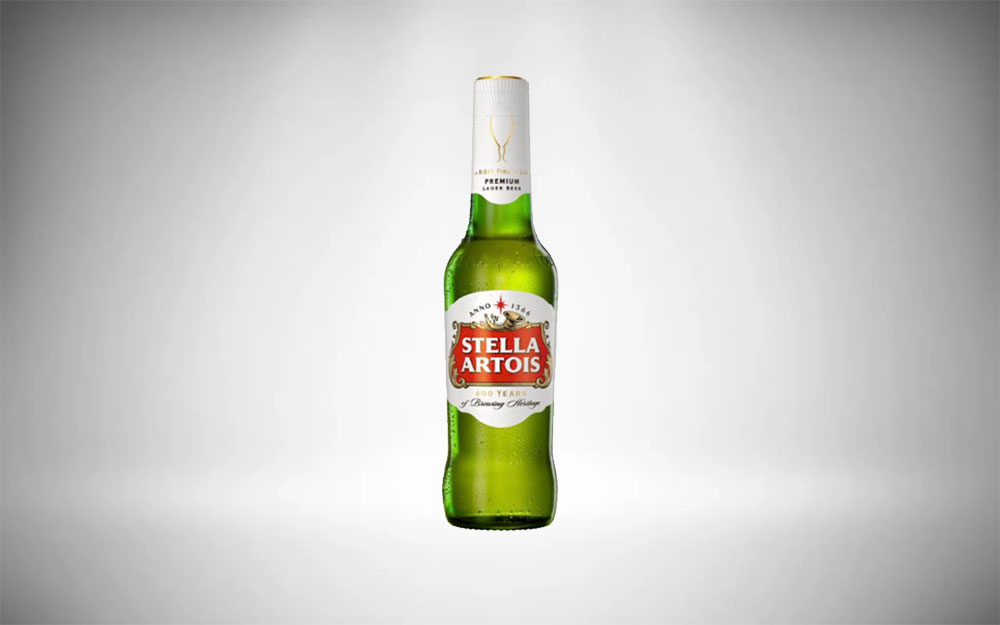 Stella Artois is a world-renowned Belgian Lager and for good reason. The Belgium-based brewery has been active for over 600 years and the resulting beer is as enjoyable as ever. For cheap beer, Stella is tough to beat.

The beer opens with floral notes and a distinctive sweetness from the malt. You’ll get a slight bitterness from the hops and a dry finish. Stella Artois is perfect for a balmy day, or paired with a meal. If you want a flavorful yet well balanced beer then Stella makes for a great cheap beer option. 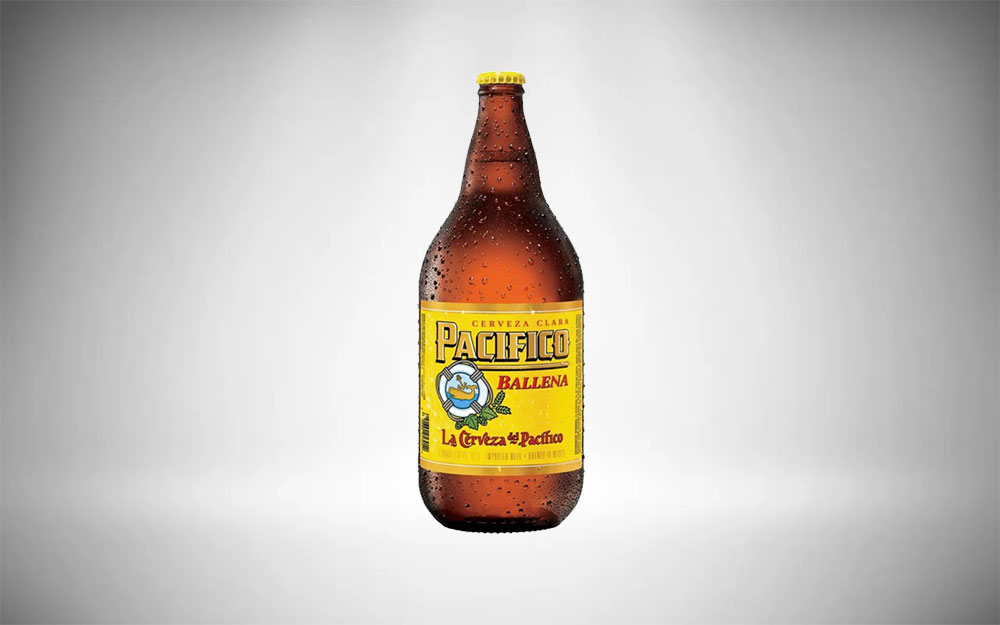 One of the perks of buying cheap beers is that there is more beer to enjoy! And festive enjoyment is exactly what you can expect from Pacifico.

The Mexican pilsner-style lager came to be through the combined efforts of three German brewers back in 1900. After becoming a favorite among locals in Mazatlán, Mexico, Pacifico gained a cult-like following from the Californian surf scene.

The flavor is slightly grainy and has a touch of sweetness to it. For a cheap beer Pacifico is an unassuming choice compared to other cheap bears out there. But you can easily drink a few Pacificos while on the beach or hanging at the pool. 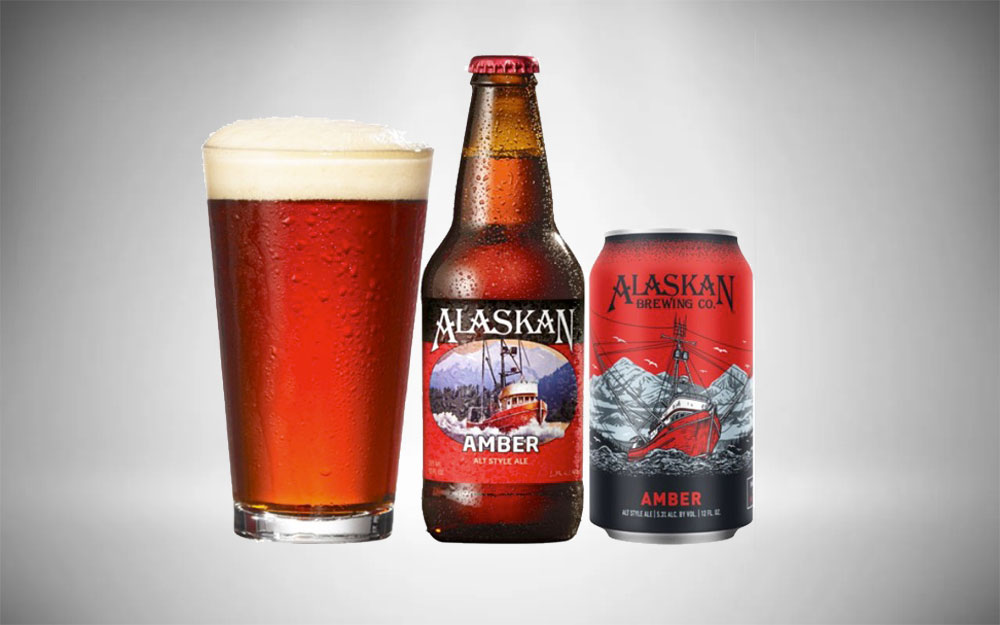 We’re pushing the $15 price point yet again, but it’s for a good reason. Alaskan Amber is an “alt” style beer. It pours a lovely amber in color with a slightly frothy head.

Alaskan Amber is a smooth, drinkable beer at just 5.3% ABV. For a cheap beer it has an extremely well balanced blend of rich malts and bright hops. It’s also won more awards than I can list. If you’re trying not to spend so much on beer but still want to treat yourself, then you should pick up a pack of Alaskan Amber. 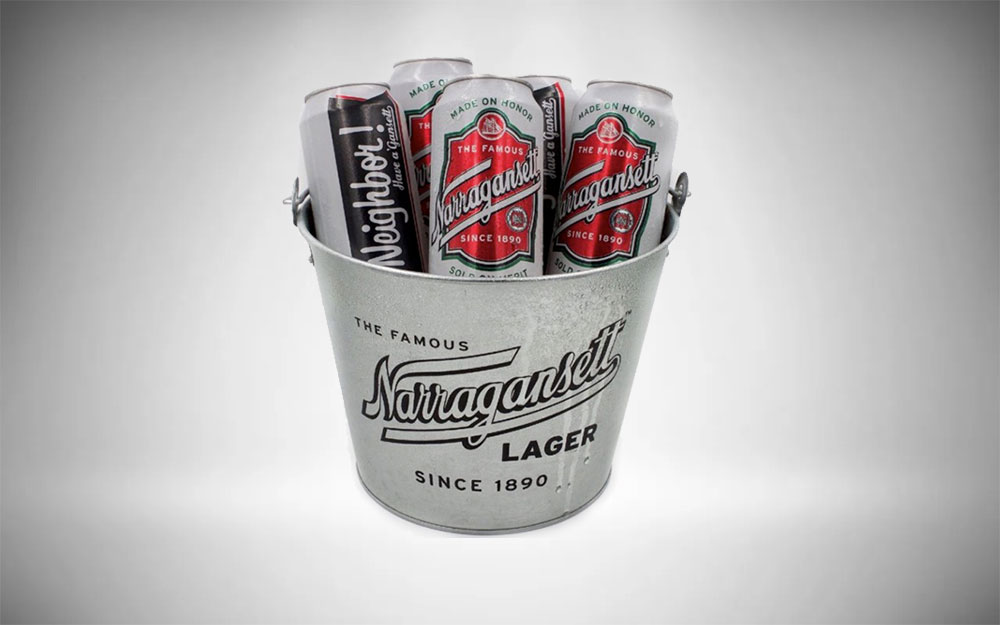 What can we say about Narragansett that hasn’t already been said? Rightfully dubbed “The Famous Narragansett,” this beer is a staple when discussing cheap beers.

Narragansett is still as crisp and drinkable as it was in the 1890s. The famous Rhode Island Lager is a pop culture icon. From serving as the official beer of the Red Sox to making an appearance in the movie Jaws, ‘Gansett is still a fantastic choice to kick back with and relax. 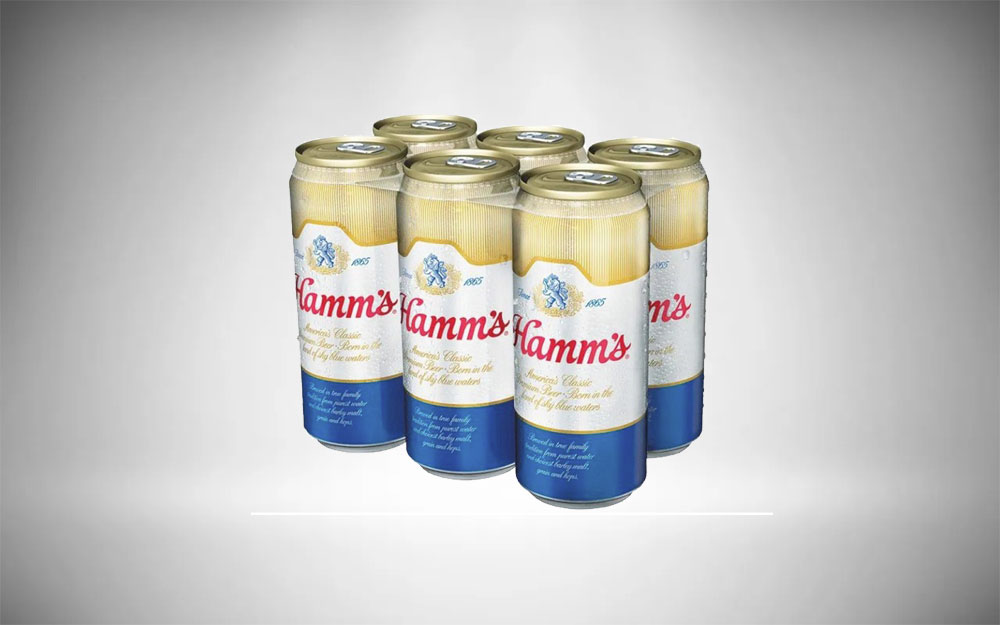 A common theme amongst cheap beer is holding onto tradition. You’ll consistently see the same labels, slogans, and reliable consumers enjoying these beers for decades. Hamm’s is a quintessential example of tradition and consumer appreciation.

The best cheap beers are refreshing and easy to drink. Hamm’s beer is so refreshing that their slogan boasts, “The Beer…Refreshing!”

The recipe consists of using the purest water, barley malt, and spicy hops. The flavor is balanced and once you get a look at the price for a case of Hamm’s Beer, you’ll appreciate this beer even more. So, why delay? Hamm it up with one of the best cheap beers out there. 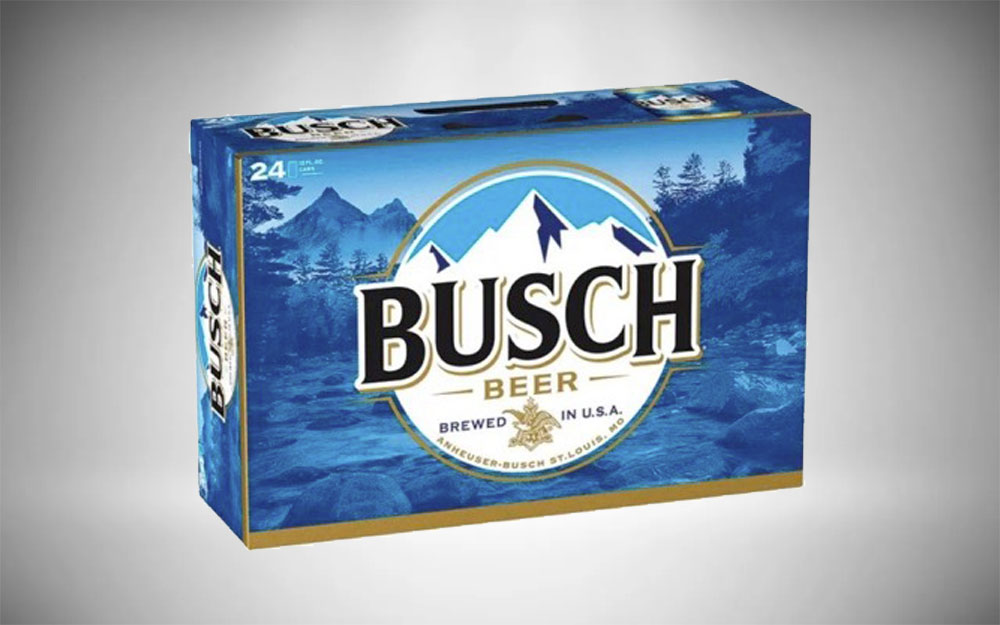 College parties, cookouts, and day drinking escapades all have one thing in common: cheap beer. Need a beer for drinking games or to help beat the heat? Busch will not let you down.

The flavor is reliable for the price. You can count on Busch to taste like beer flavored water but if you wanted a flavor explosion then you’d reach for an IPA or Porter. If you’re sharing some drinks with friends then Busch is a solid choice.

You can even share a Busch with man’s best friend, because the company now sells Dog Brew bone broth. Share the love and grab yourself, your buddies, and your furry friend a Busch. 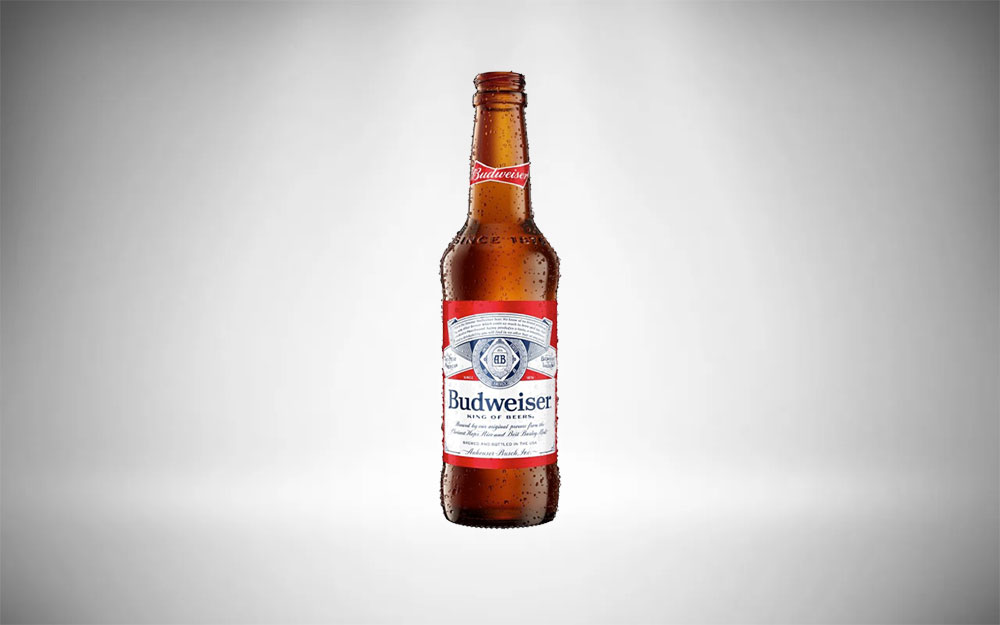 As far as cheap beers are concerned there is one that rules them all. Budweiser might not be the beer you’d choose if you had endless options and were flushed with cash, but there’s a reason it’s been dubbed the “King of Beers”.

For a cheap beer Budweiser has a flavorful, crisp, well-balanced flavor. Thanks to the brewers never cutting corners and always choosing the highest quality barley, hops, and purified water.

Budweiser is one of the highest selling beers and reaches over 80 countries. You can find Budweiser in bars around the world, so you’ll always have a dependable inexpensive beer to rely on.

Whether you’re trying to save money or just enjoy a light, refreshing brew, cheap beer will have your back. Although the craft brews of the world have endless options of unique and creative beer to choose from, cheap beer will always be easily accessible. And you don’t have to sacrifice quality for quantity.

What is your cheap beer preference? Is it about the quality or the quantity when you imbibe? Tell us all about your favorites in the comment section below. Cheers! 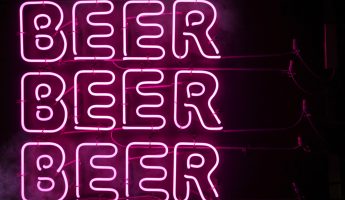 Beer
The Top 15 Coffee Beers to Awaken Your Senses

Beer
Down the Drain: The 19 Best Shower Beers

Beer
Drinking in the Dark: The 18 Best Winter Beers
TheCoolist is supported by our readers. When you buy through links on our site, we may earn a commission. Learn more.
Let's connect
What’s Hot
Join TheCoolist
100% free, unsubscribe anytime.