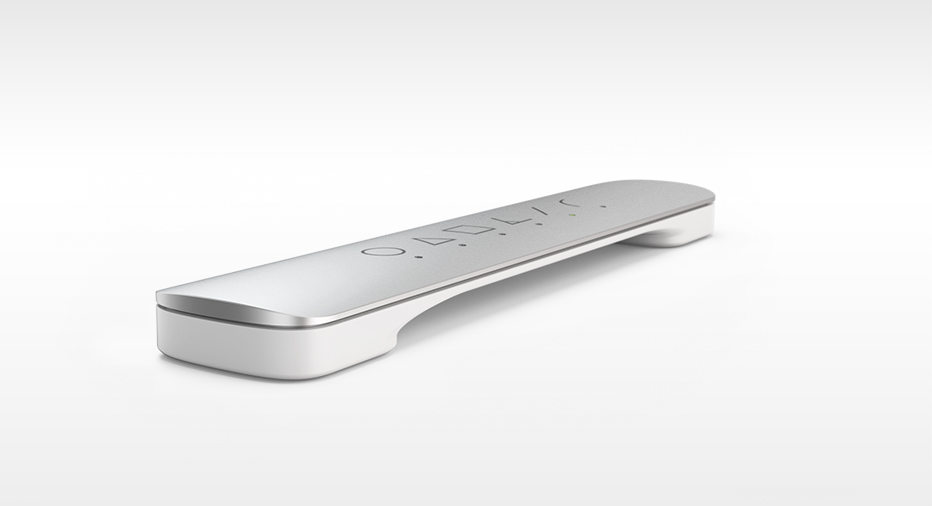 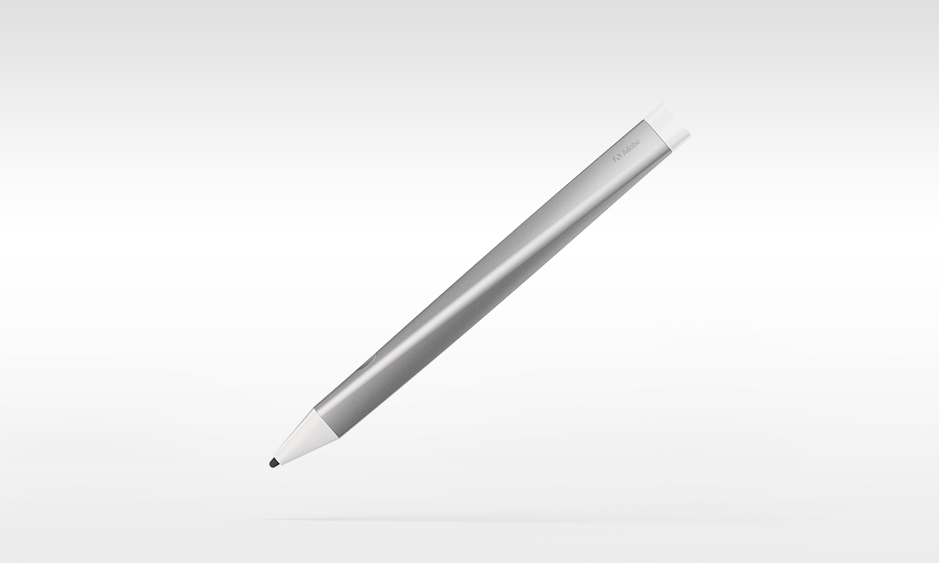 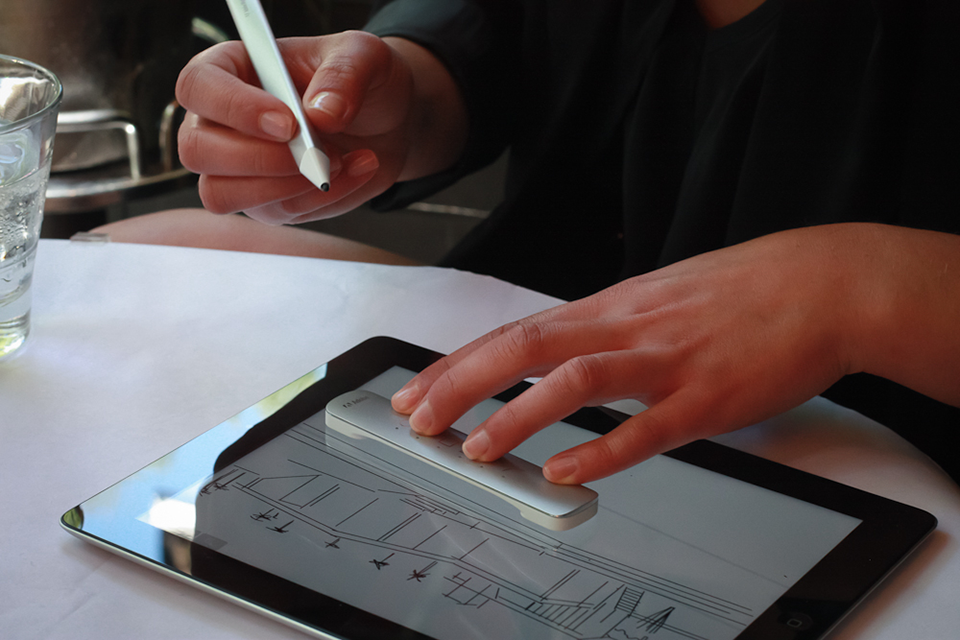 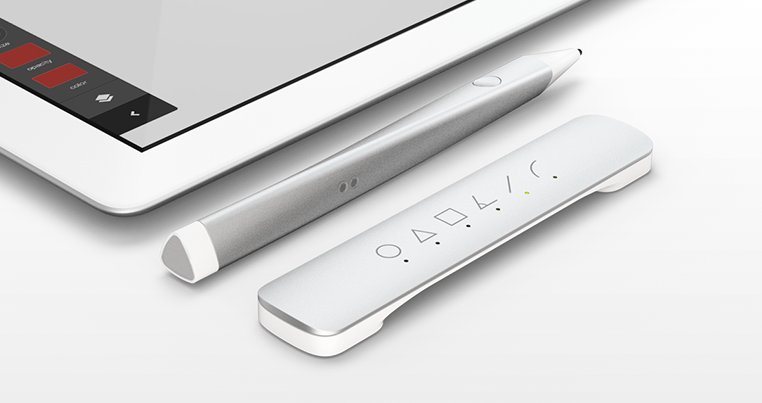 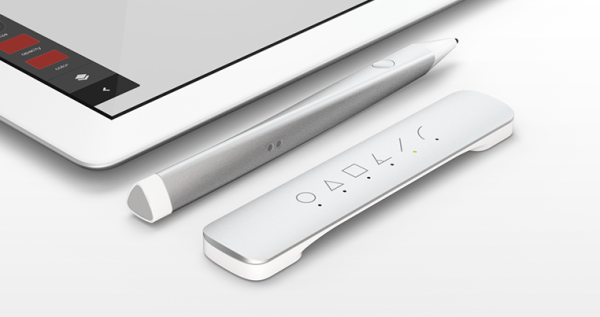 Adobe has long-been the standard bearer for visually creative software, but today Adobe has officially announced its first foray into hardware.  Adobe has revealed the Adobe Mighty Pen and Napoleon Ruler, a pair of tablet-minded input devices that recall the tactile sensibility of pen on paper.  Illustrators, artists, graphic designers and other visual creatives have long worked with their hands, and the Mighty Pen delivers this experience in a tablet environment.  When using an iPad or other tablet device, the Adobe Mighty Pen works with a software application to create a virtual sketchbook, allowing its user to draw, write or doodle on endless sheets of organized paper.  The software appears similar to the Paper iPad App, but the stylus is much more advanced than a finger on the display.

The Adobe Mighty Pen has a button control located where the index finger rests to allow the user to pull up menus to change colors, brush types and other details as they use the pen.  The app notices the difference between the pen and a finger, so the pen can be used to illustrate, the finger can be used to erase.  A single tap acts as an “undo” command, another tap reverses the undo.  These are a few of a larger set of commands and controls that can be used to re-create the experience of pen on paper, one that creatives have relied upon for generations.

In addition to the Mighty Pen, Adobe has also revealed the Napoleon Ruler, a companion device that will feel very familiar to drafters, architects and other illustrative creatives.  It features a set of controls that work in conjunction with Mighty Pen to create an environment similar to the traditional pencil-and-ruler combination that illustrators love.

Adobe’s Mighty Pen and Napoleon Ruler do not yet have an official release date or price.  As this is Adobe’s virgin foray into hardware production, it’s tough to say exactly when these devices will arrive.  They are an exciting pair, one that will have visual creatives abuzz until they arrive in the not-too-distant future. 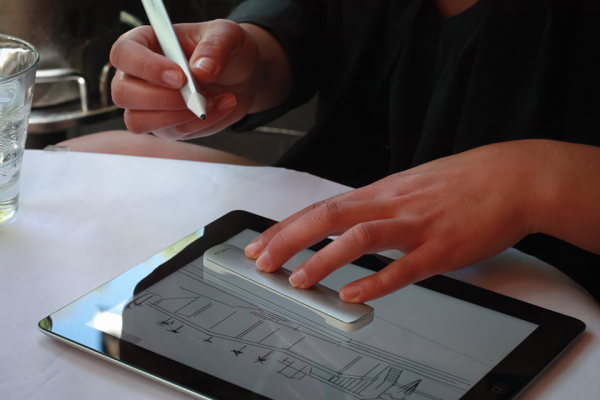 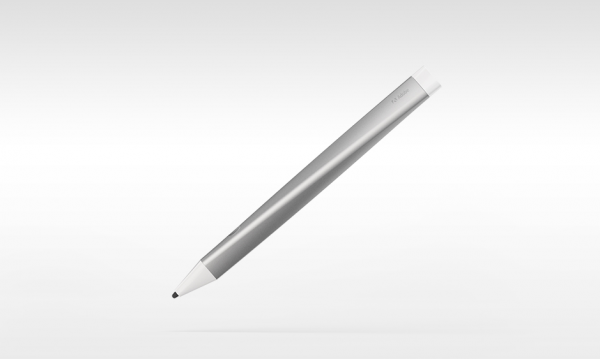