The 9 Best 3D Printers To DIY By Machine 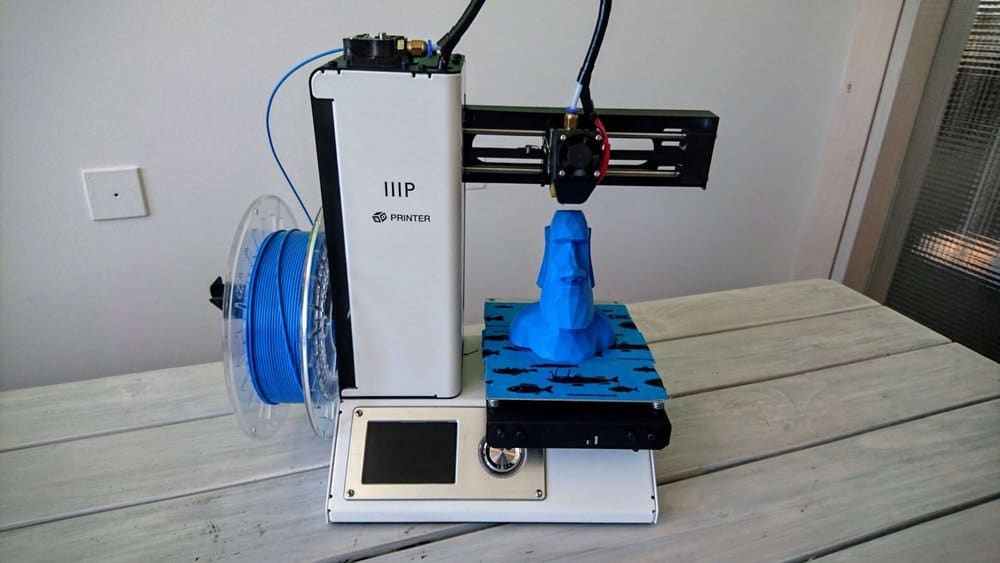 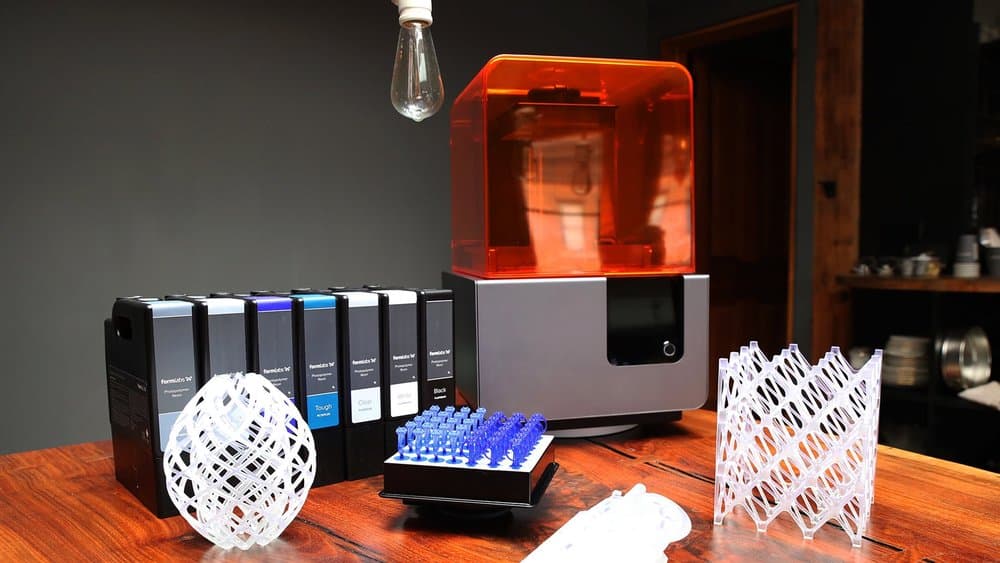 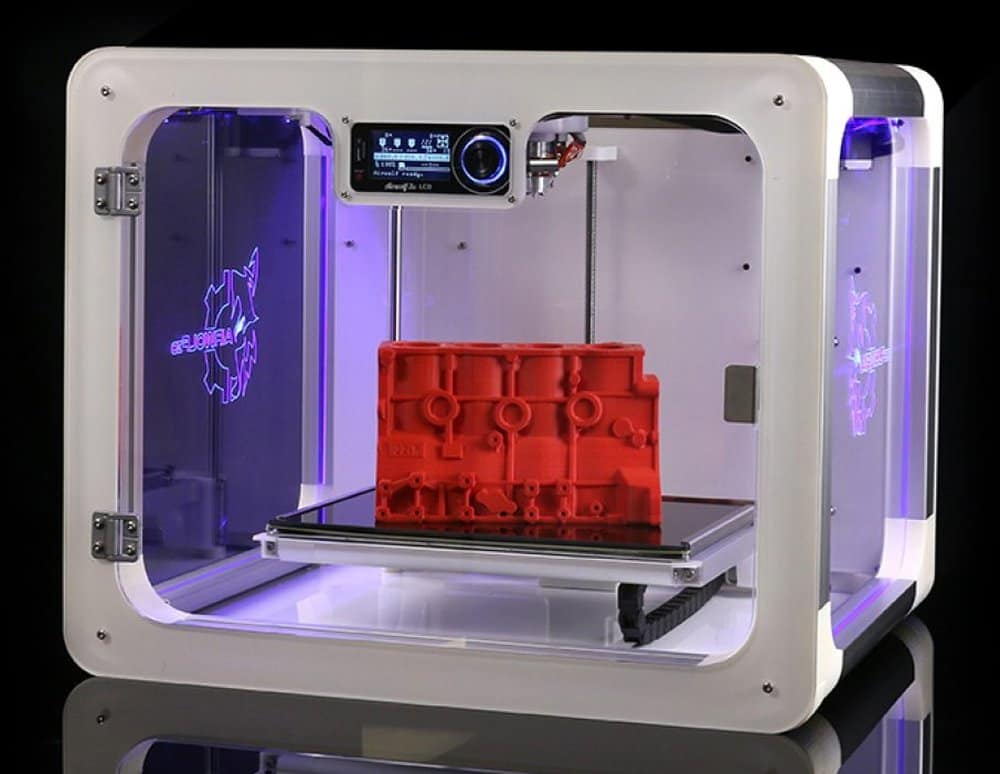 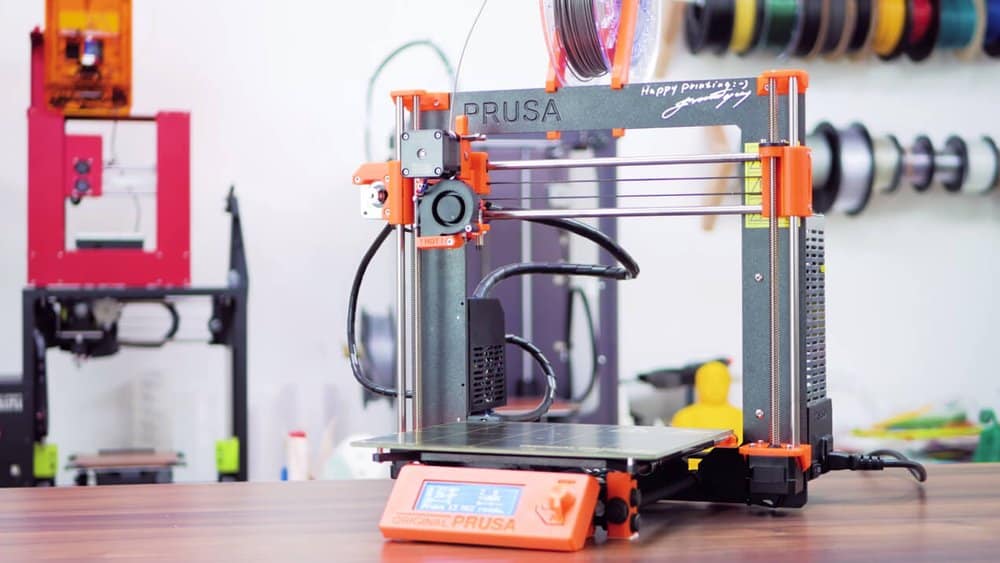 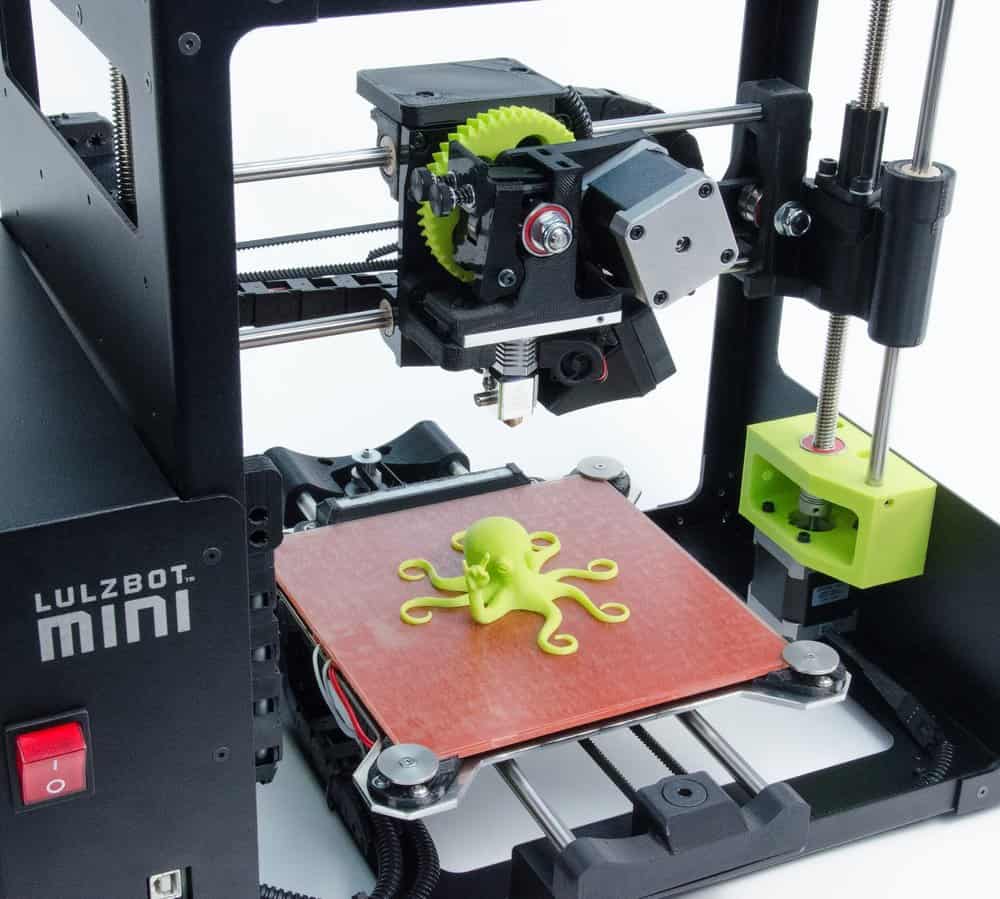 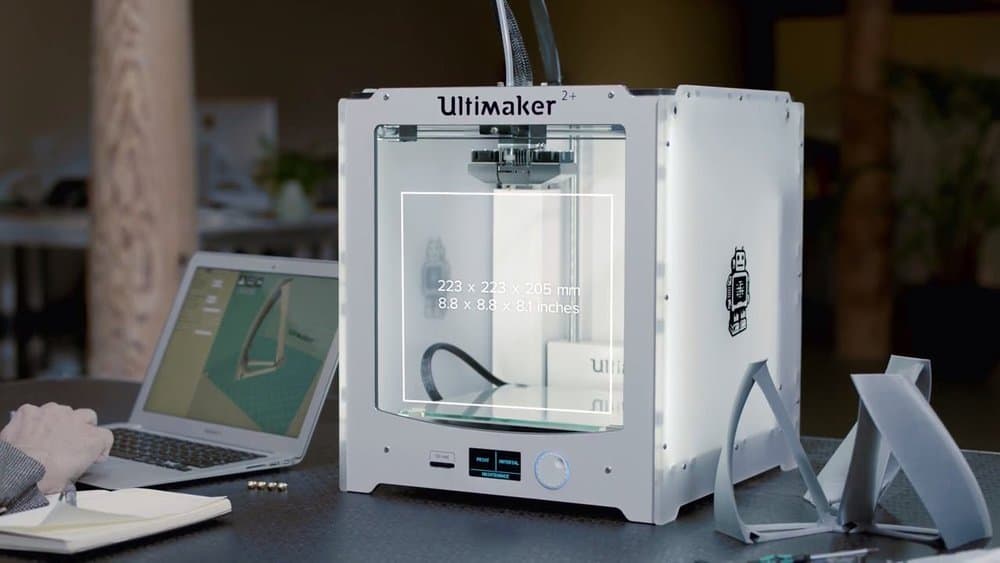 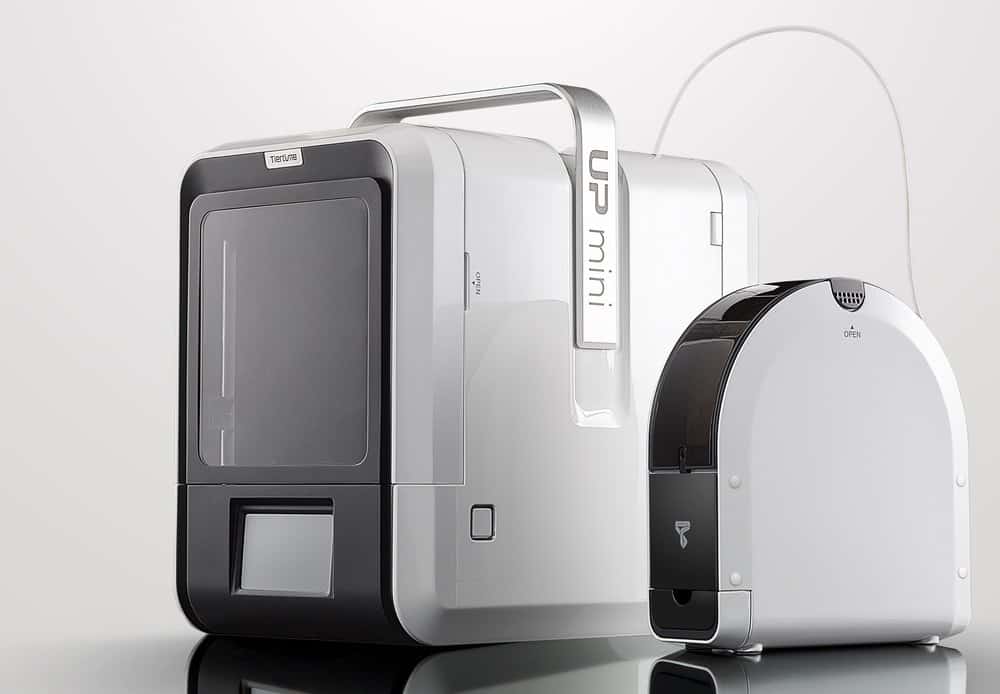 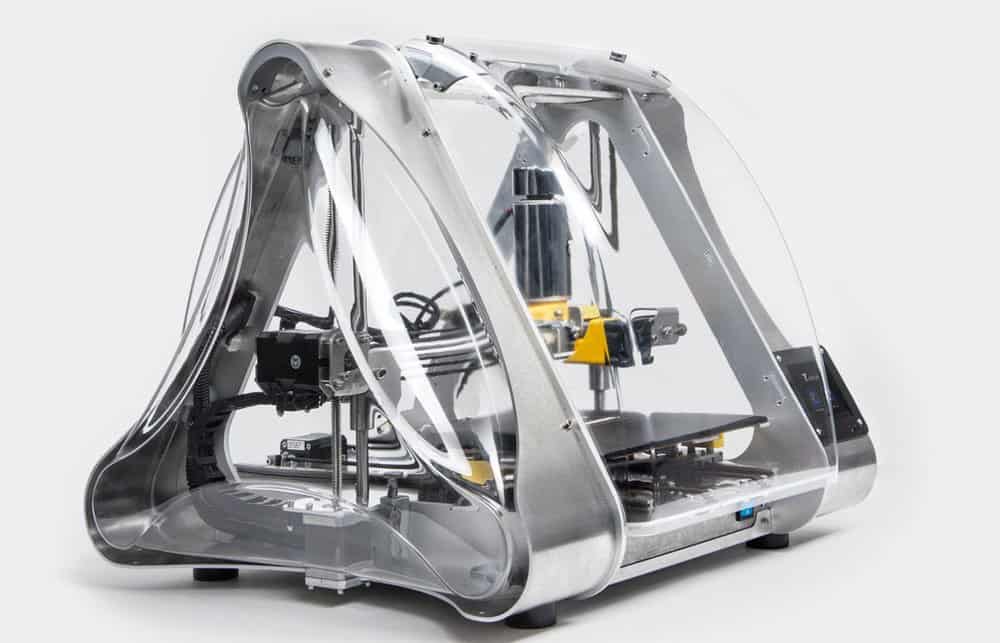 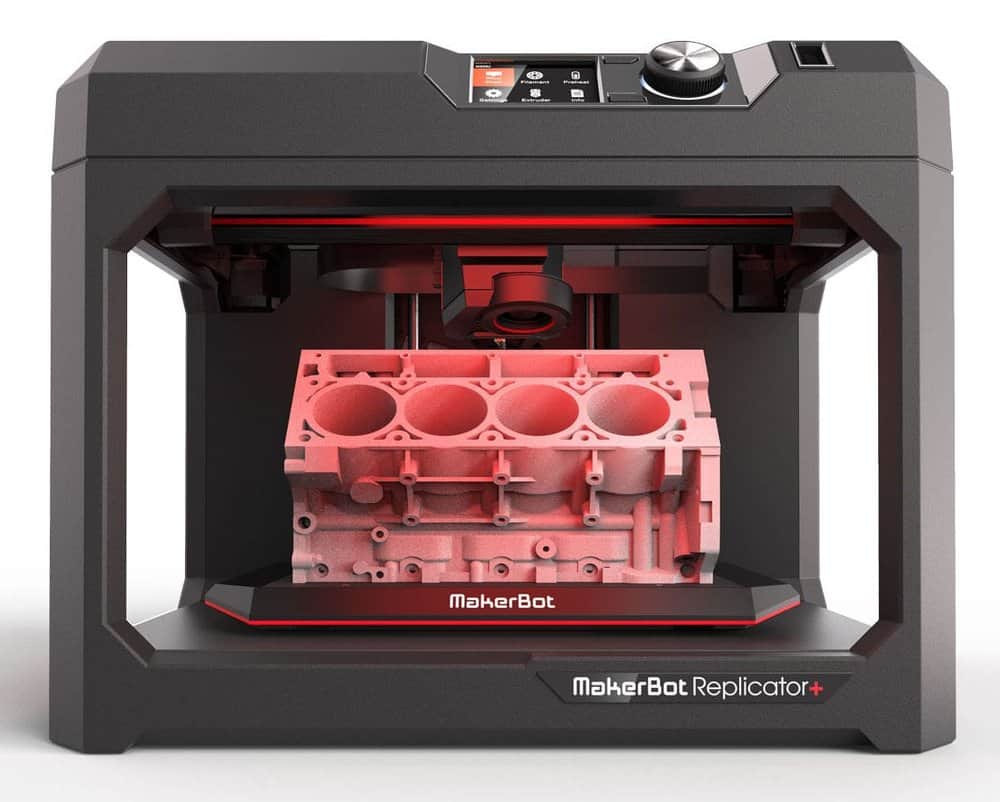 When it first began, 3D printing looked like a novelty that would have limited practical applications. Then 3D printers began being able to produce human skin and DIY geniuses around the world started figuring out how to circumvent expensive manufacturing by doing it right in their own home. Now 3D printing promises to change the way we operate in our daily lives, giving us the potential to draft and design our own cogs and replacement parts using a basic download and a few raw materials. In time, the technology could make ordering parts obsolete, making us all home-based masters of our own destiny.

There’s no such thing as an all-around “best” 3D printer, at least as the market stands right now. Like so many things, the right 3D printer for you is the one that does what you require. If that’s laying out plastic and silicone, so be it. If that’s working with melted metal, cheese, or cosmetics, then look for the ones that do it. Here, our interest was solely in which off-the-rack 3D printer had the best features, the easiest interface, and produced the highest-quality output, given its intended parameters. We wanted those that worked for beginners as well as the 3D printing experts who are only now beginning to arise. If you don’t have the mechanical know-how to build your own, here’s your best buying choices.

Far and away that least expensive 3D printer that isn’t a build-it-yourself kit, you’re not going to find much in the way of bells and whistles, but you’ll be paying several hundred less than anything that comes anywhere close. Able to handle most standard materials, the reason this stands out among the competition is the heated bed, which reduces flaws and working problems while printing, and makes the chance of success much higher. Though the cost is entry-grade, the operation is not. Green users will quickly find themselves in over their head, needing help to dig out; but if they take the time and work to master the Mini, the potential return on investment for the tiny entry fee is extremely high. Purchase: $200

Though the cost is a little higher than most entry-level 3D printers, those who know they’re going to go deep once they start digging into this well should consider investing in the Up Mini 2, as it’s the fastest way to get started making prints with little fuss, and it can grow along with you until you’re ready for something with more horses under the hood. It’s small, stylish, finishes jobs easily with a professional-level flair that most lower-end printers miss, and it’s downright fun to operate, limiting how much you need to change it at the beginning. Though it won’t satisfy most experts, the quickest path from knowing nothing to being an intermediate 3D print guru lies right here. Purchase: $600

Built with an open-source sentiment, the intent of the MK2 is to help bring 3D printing to the everyperson, cutting costs and offering a Linux-like solution to individuals who seek to live free. Inventor Josef Průša himself had a hand in making the MK2, though you’ll find loads of clones out there, since the schematics for making your own can be easily had online. It’s capable of using nearly any material you can think of, allowing for invention and experimentation, and carries lots of customization choices so you can personalize it until the cows have long been home and asked you to stop fiddling with the stupid thing. Purchase: $700

3D printer virgins will find a huge range of choices on the market, all of which claim to be easy for the technically disinclined. Most of them are liars that are not going to let you get your feet wet, but throw you into the deep end of the 3D printing pool and expect you to be able to build a ladder to safety. Unlike the pretenders, the Lulzbot is actually workable for the newbie just taking their first shaky steps into the world of home manufacturing. While other rookie printers strip down the interface to be a clunky parody, the Mini keeps all the more esoteric choices, such as extrusion speed and infill density, but they leave those options in an advanced tab for the person who needs them. This devises a multi-tier approach to printing which can let you move up once you’ve mastered the basics. Purchase: $1,250

Without much contest, the Replicator+ is probably the best 3D printer you’re going to find for professional quality prints, easy, quiet operation, a minimal footprint, and lots of features to allow the most varied of jobs from coming off without a hitch. Connectivity is a snap, and the machine will walk you through refilling filament and basic maintenance tasks to avoid potential breakdowns as time wears on. The MakerBot app is about as simple as your choices get, leveraging a lot of power through an interface that’s gentle as a grandmother. A best buy for anyone who can afford it, it’s more than you need if you aren’t a professional, but hardly more than you’ll ever complain about having. Purchase: $2,500

Here you’re going to get a lot more than a 3D printer, though it certainly does that, too. When you begin fabricating seriously, you’ll find that 3D printing is great, but limited. At times you’ll need to handle some CNC milling or do a bit of laser cutting, which is why the SX exists. Instead of buying more tools to handle all those extra tasks, here you only need to go through a few steps, turning your printer into a whole other machine. The same way most printers are also copiers, scanners, and fax machines these days, so too is the ZMorph more than just a quick maker of things. It’s a whole workshop in a box. Purchase: $2690 – $3440

A massive step up from the original Form 1+ printers that Formlabs churned out in the 3D printing stone-age, the Form 2 is a speedy, savvy touchscreen monster. It uses and automated resin feed that is faster than manual models, and requires less attention to get the job done than most anything else you’re likely to find. Out of the box it plugs in via ethernet, Wi-Fi, or USB, so if you can’t get it hooked up, it’s time to consider that the operator is the problem. The prints produced are stunning, with a finishing system that is clearly refined to the nines, making each product feel more like a piece of hardware, rather than something spit out during spare time. Purchase: $3,500

Slow and pricey, the third iteration of the Ultimaker is nonetheless one of the smartest, most versatile 3D printers around, giving you settings for days, facility with any number of materials, and a dual extruder port that should excite anyone in the business. As an old hat in this game, there’s a lot of support for changing out materials, trying unusual designs, and coping with troubleshooting issues without tearing out your hair or gnashing your teeth. In spite of its ability to handle large and complex jobs – given enough time – setup and startup are quick, and it begins brilliant and friendly from first bootup. Purchase: $3,495 – $4295

Buyers who want a 3D printer that’s going to go the distance and grow along with them should sign up for the slanted learning curve of the AXIOM. Though it’s easy to plug and play, getting a really slick finish on the items you create is going to take a little time and learning, meaning you won’t be a master from the jump. That’s the extent of the bad news to be had here. Everything else is fairly glorious, with a smart interface that new and power users can both comprehend, a resin feed that’s smooth and intuitive, and so many software interface options that getting it to do what you want is all a question of finding the proper settings through a little trial-and-error. Purchase: $4,195