Foodini: A 3D Printer for Food 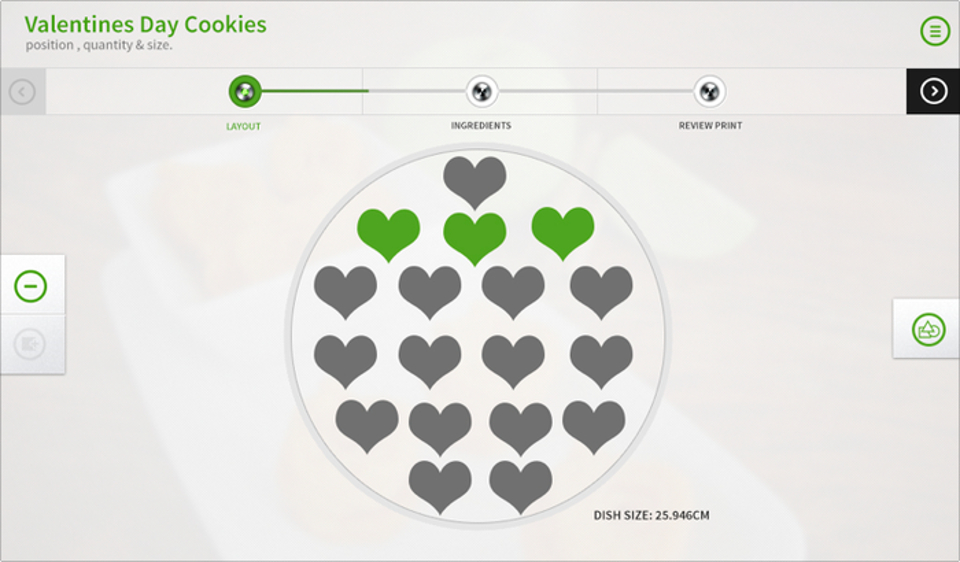 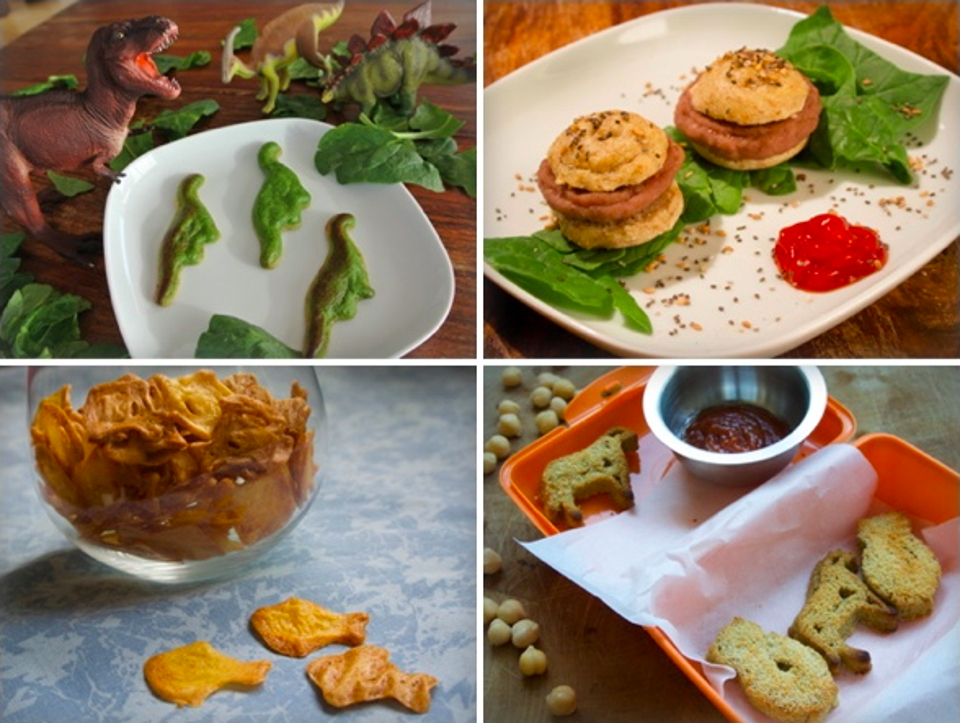 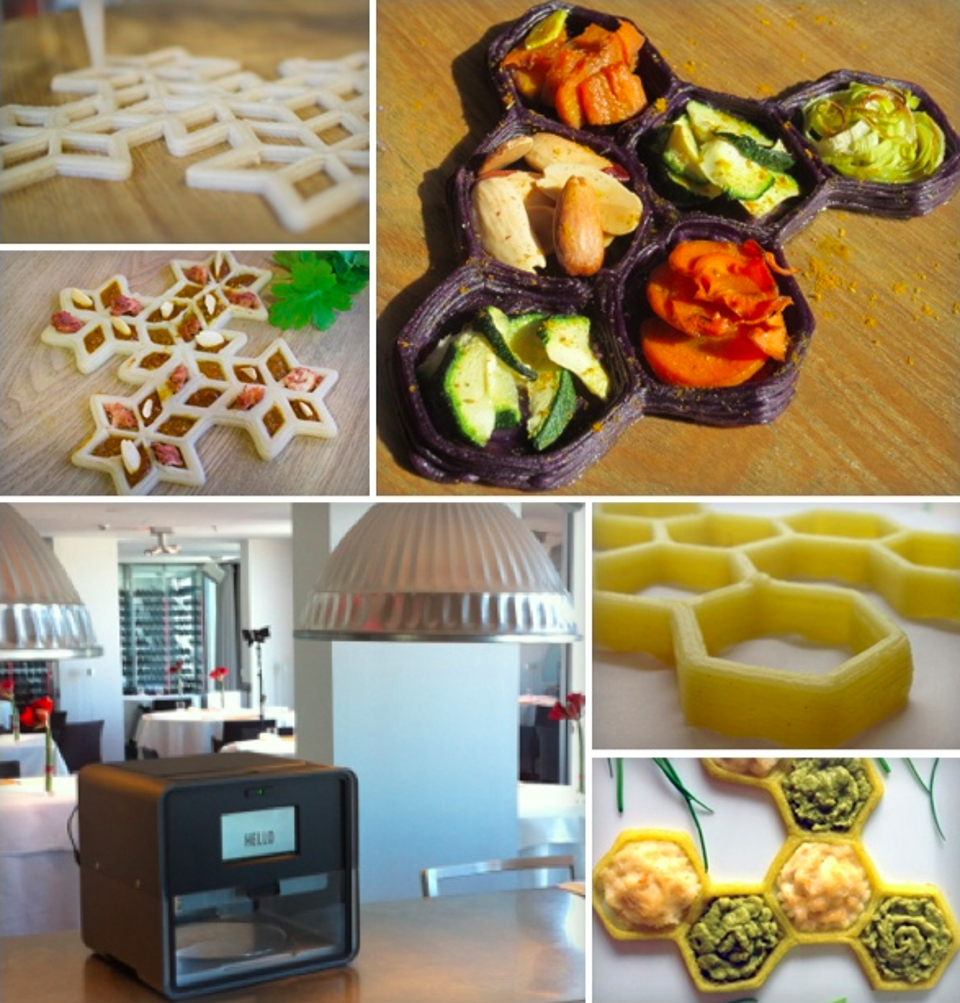 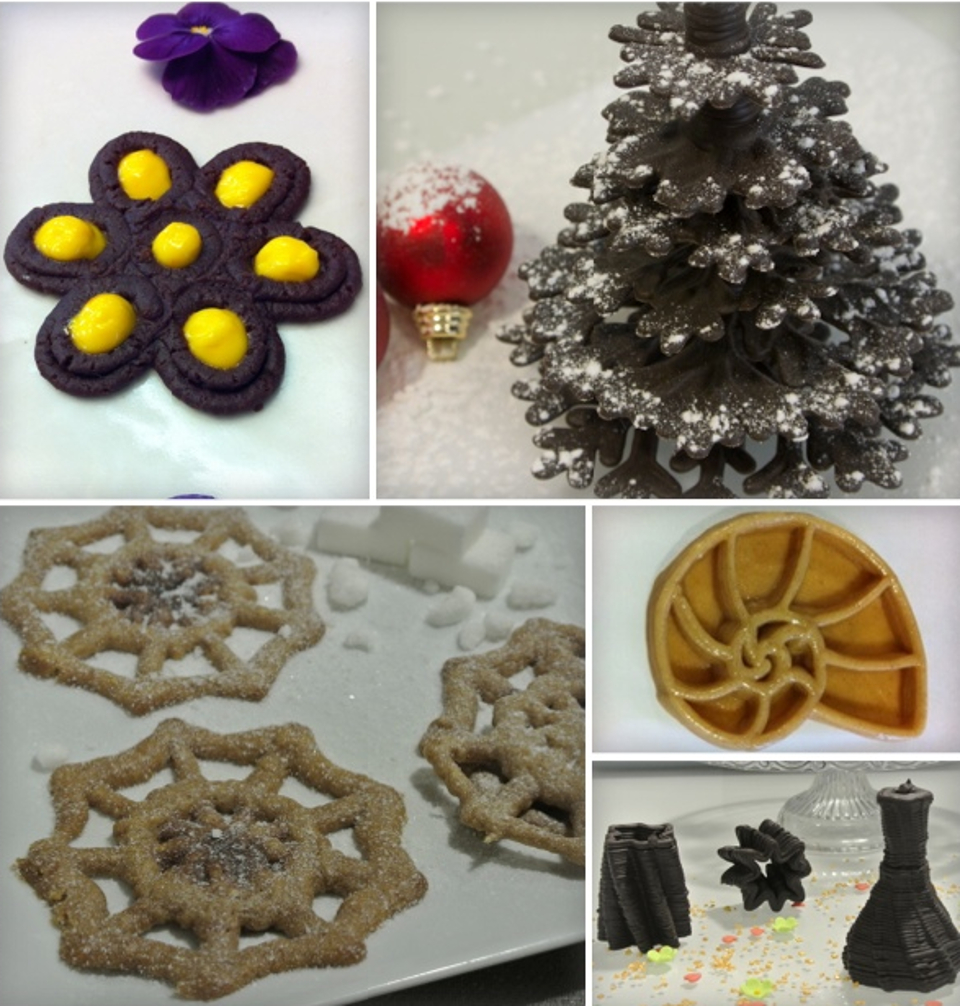 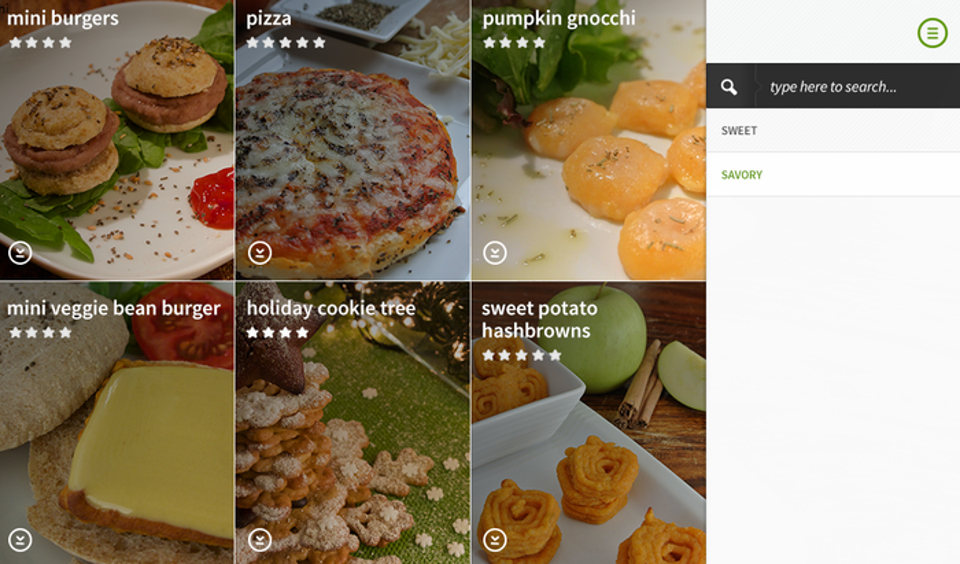 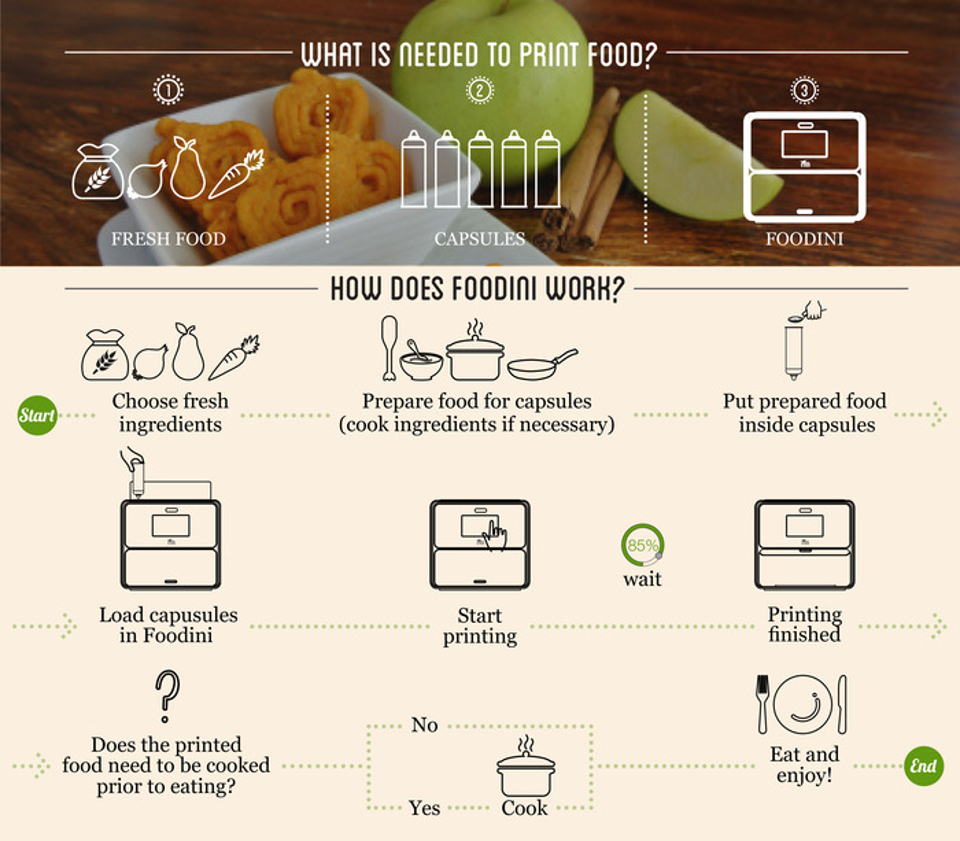 Foodini is an invention I never thought I’d see made: a 3D printer that creates meals. It might sound absurd, but it’s actually a legitimate product – it just went live on Kickstarter, actually. How exactly does it work? And what’s the primary selling point?

“Today, too many people eat too many convenience foods, or pre-processed foods, or pre-made meals – many with ingredients that are unidentifiable to the common consumer, versus homemade, healthy foods and snacks;” reads the FAQ on the Natural Machines website. “But there is the problem of people not having enough time to make homemade foods from scratch. Enter Foodini. Foodini is a kitchen appliance that takes on the difficult parts of making food that is hard or time consuming to make fully by hand. By 3D printing food, you automate some of the assembly or finishing steps of home cooking, thus making it easier to create freshly made meals and snacks.”

“Take an example of ravioli. How often have you made homemade ravioli? Rolling out the dough to a thin layer, adding the filling, adding the top layer of dough, and then cutting it to size takes time. Let Foodini do it for you. Simply load the dough and filling into Foodini, and Foodini will print individual raviolis for you. The 3D printing of food – in this case, creating a layer of pasta, a layer of filling, and covering it with a layer of pasta again – is assembling the ravioli. The same as you would do by hand, except Foodini automates it. Less mess in your kitchen, more time to do other things. Plus, have fun! Make the ravioli into different shapes and sizes. After Foodini is done, put the ravioli in boiling water to cook, or, for a modern twist, bake them in the oven.Or take an example of crunchy, savory snacks: chips, breadsticks, crackers, etc. Don’t buy the prepackaged versions that are shelf-stable for years, with preservatives and usually too much salt, etc. With Foodini, you can make your own versions of these convenience foods people have grown accustomed to, but creating healthier versions made with fresh ingredients.” 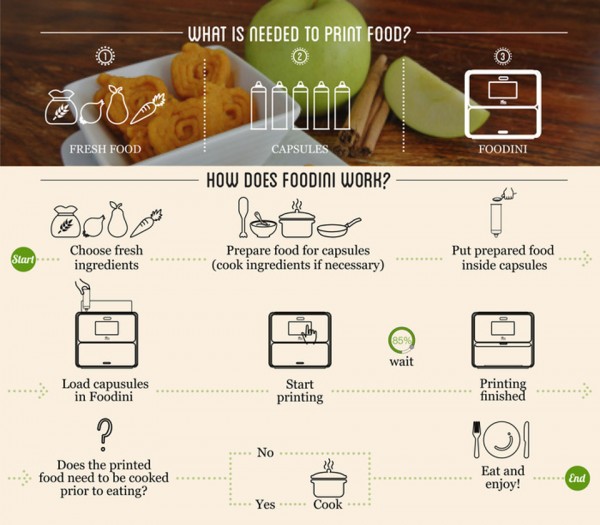 Alright, so we’ve worked out why the product exists…but how exactly does it work?

Users can first choose a recipe through the touchscreen embedded in the front of the device. At that point, they’re instructed on what ingredients are required to make the meal. From there, it’s just a matter of loading the prepared ingredients into capsules and putting the printer to work. The designers are going to be releasing the API for the sleek-looking device as well, meaning developers will be able to develop customized recipe applications. There’s also a community site on which users can browse recipes, creating and customizing a printing layout in the process.

Foodini’s an unusual idea, but one that I could certainly see taking off. In our perpetually time-strapped society, unhealthy food is simply easier to prepare. Foodini is proof that it doesn’t have to be. 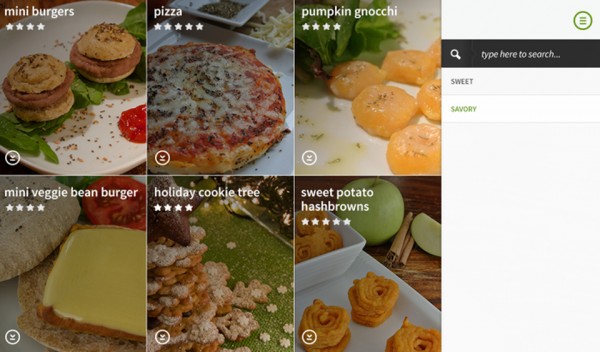